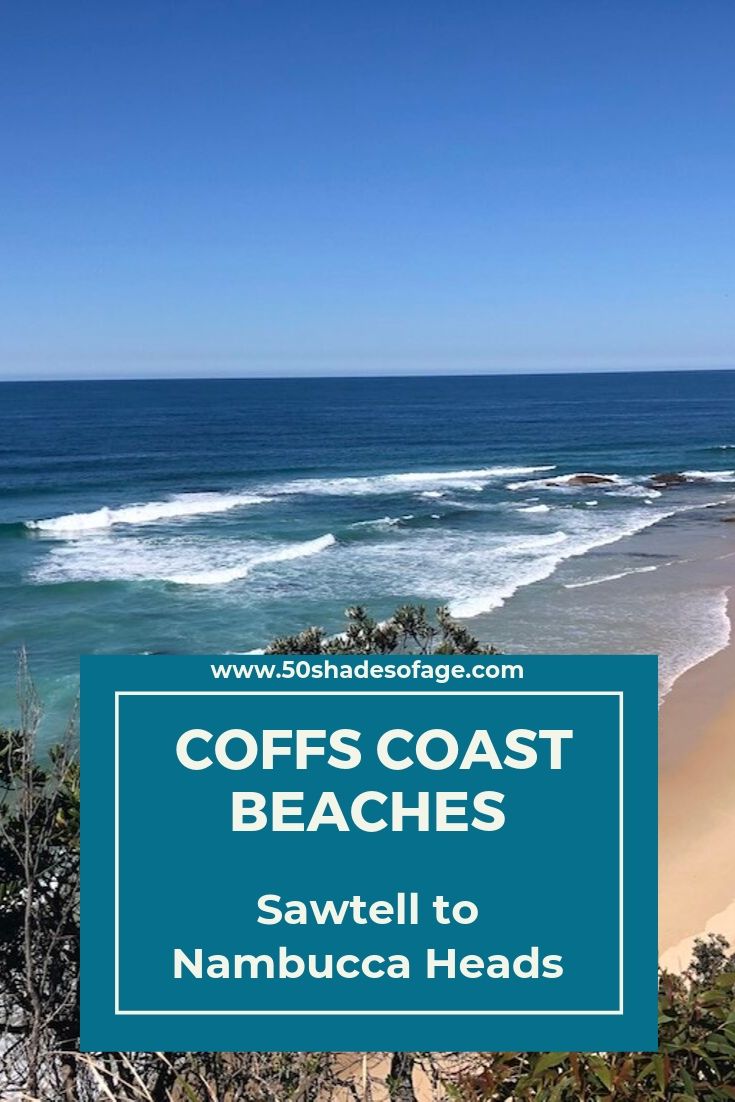 The Coffs Coast is kind of located midway between Sydney and Brisbane in the region known as the Mid North Coast of New South Wales. When I say “kind of” it is actually 540 kilometres north of Sydney and 390 kilometres south of Brisbane, so there’s a bit of a miscalculation here. On our recent holiday here we spent our time exploring the inland towns of Bellingen and Dorrigo on Waterfall Way, but we also spent a few days checking out the Coffs Coast Beaches from Sawtell to Nambucca Heads, on the southern side of Coffs Harbour.

So what is so special about the beaches along this long stretch of coastline south of the city of Coffs Harbour? This 47 kilometre expanse of coastline alongside the Pacific Ocean, that is easily accessible from the Pacific Highway running from Sydney to Brisbane, has some of the most unspoilt beaches, scenic headlands and estuarine creeks and rivers in all of Australia. The Coffs Coast is in fact the only place in New South Wales where the Great Dividing Range meets the Pacific Ocean, so the lush green rainforests and rolling hills virtually adjoin the beaches. 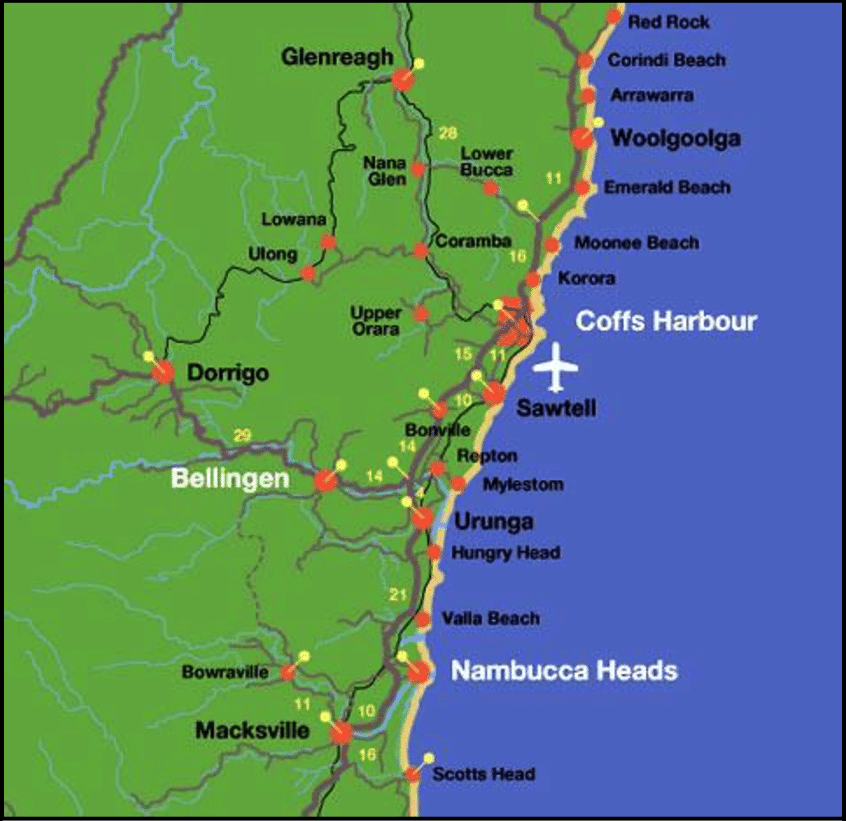 We camped at the Bellinger River Tourist Park near the tiny village of Repton and within 5 kilometres from the beautiful beaches of Mylestom and North Head. This was the perfect base for exploring the Coffs Coast southern region and the inland towns on Waterfall Way of Bellingen and Dorrigo. Once we set up camp right on the pretty Bellinger River we spent our days touring the area and checking out chic coastal villages and stunning beaches along the coastline.

Only 15 minutes out of Coffs Harbour, Sawtell is a foodie hub with spectacular beaches and a protected tidal rock pool on the southern side of Bonville Headland. The town occupies the coastline from Bonville Headland to the south to Boambee Head to the north with estuarine creeks entering the ocean at both headlands.

The main natural highlights are: 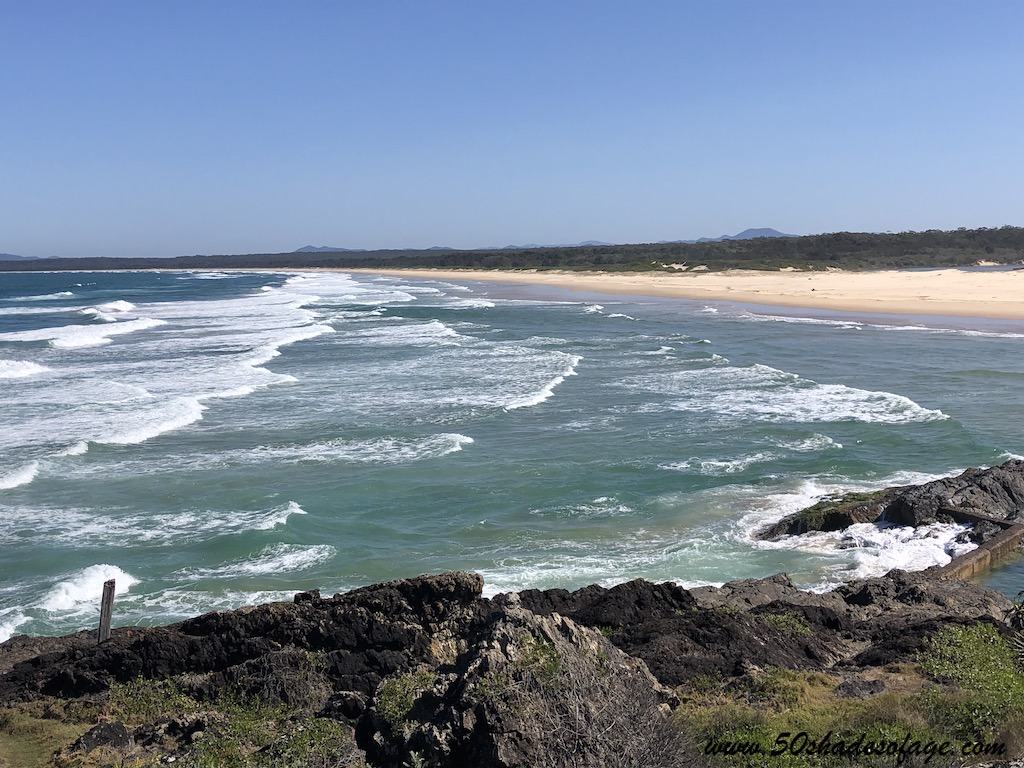 Views to the south from Bonville Headland in Sawtell 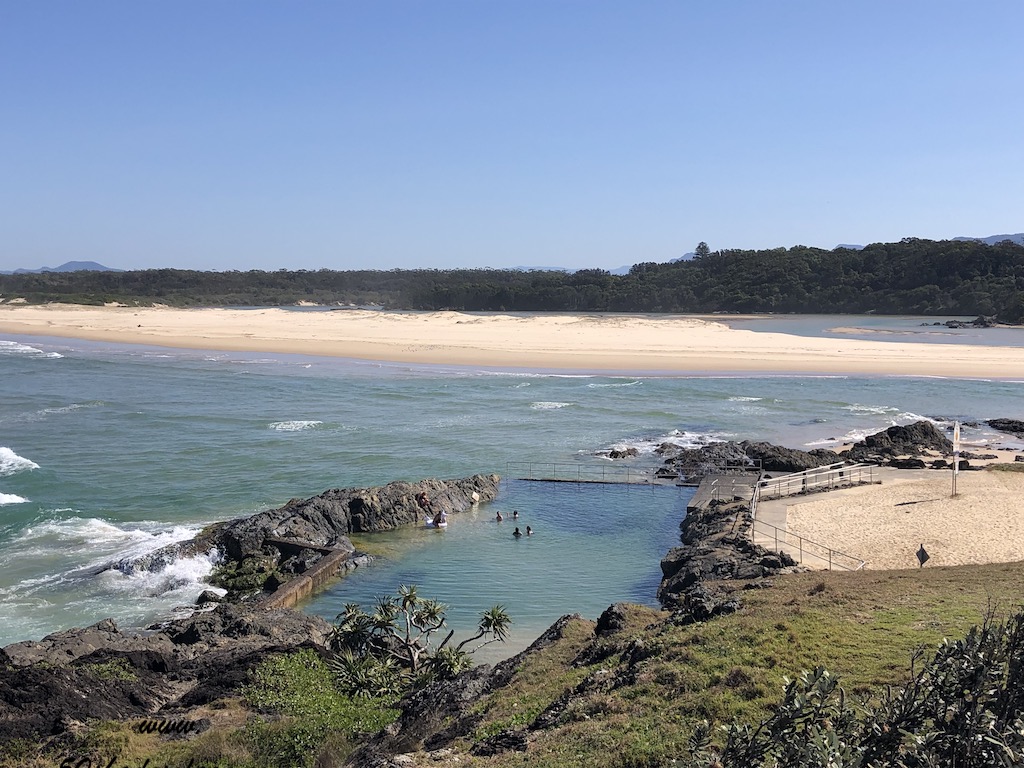 The Rock Pool at Sawtell 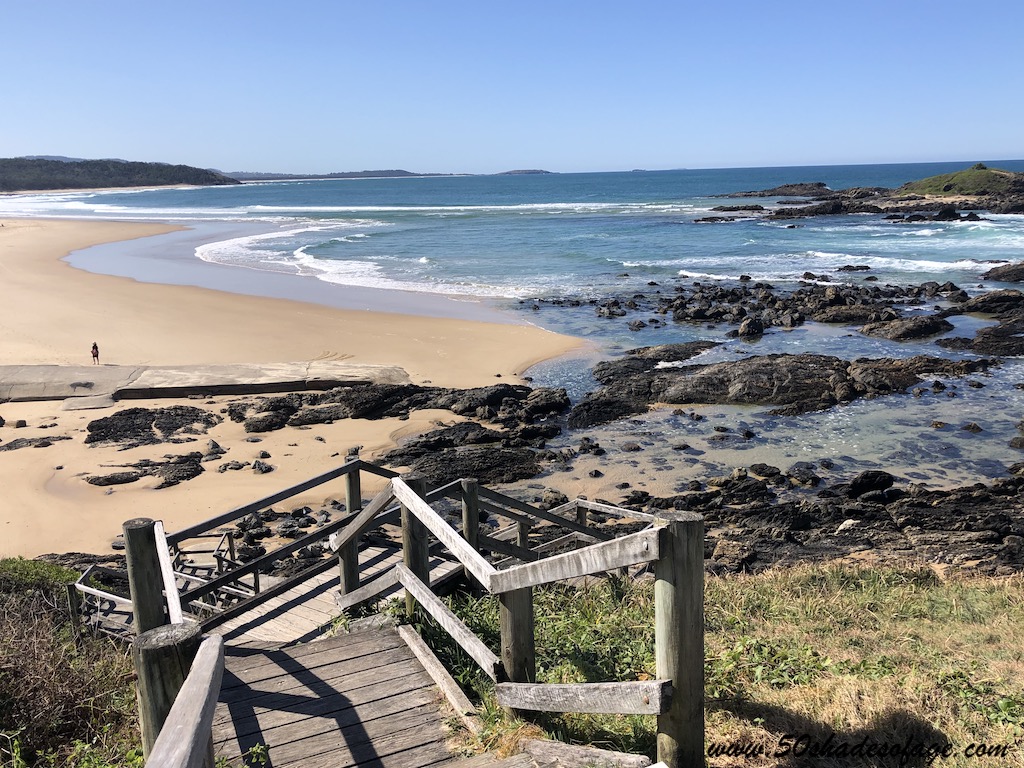 Stairs down to the beach at Sawtell 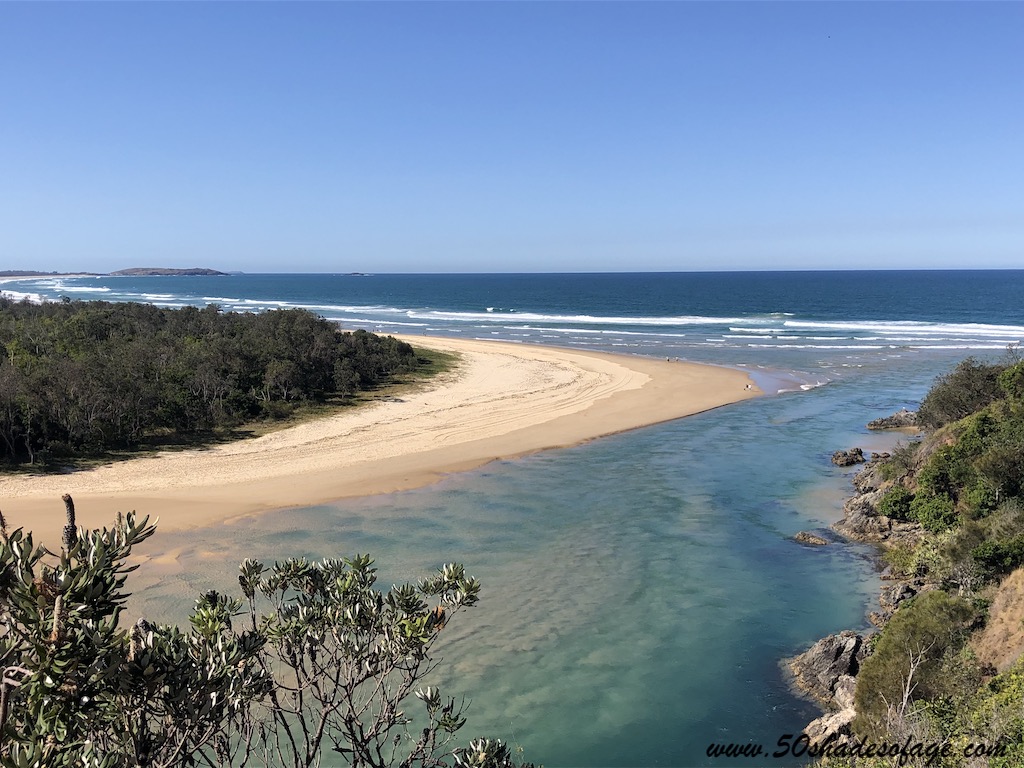 Boambee Creek and Beach at Sawtell

Mylestom is a sleepy little holiday village nestled between the Bellinger River and North Head Beach. It has a surf lifesaving club, bowls club, a caravan park, a hotel, and a general store/coffee shop. 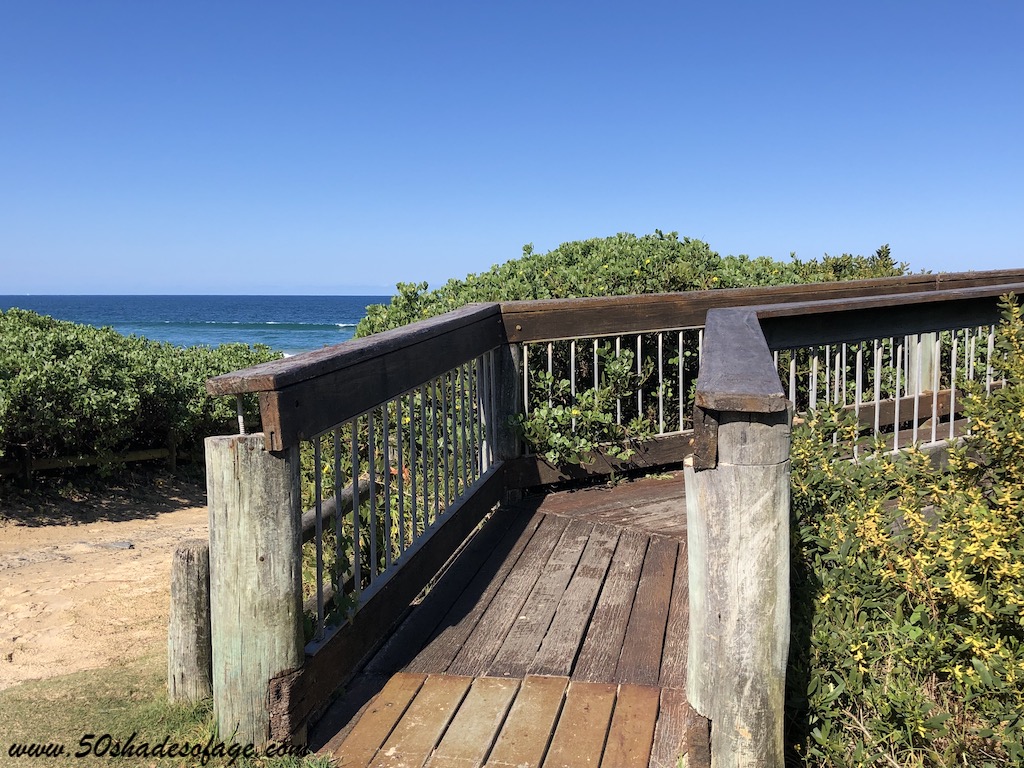 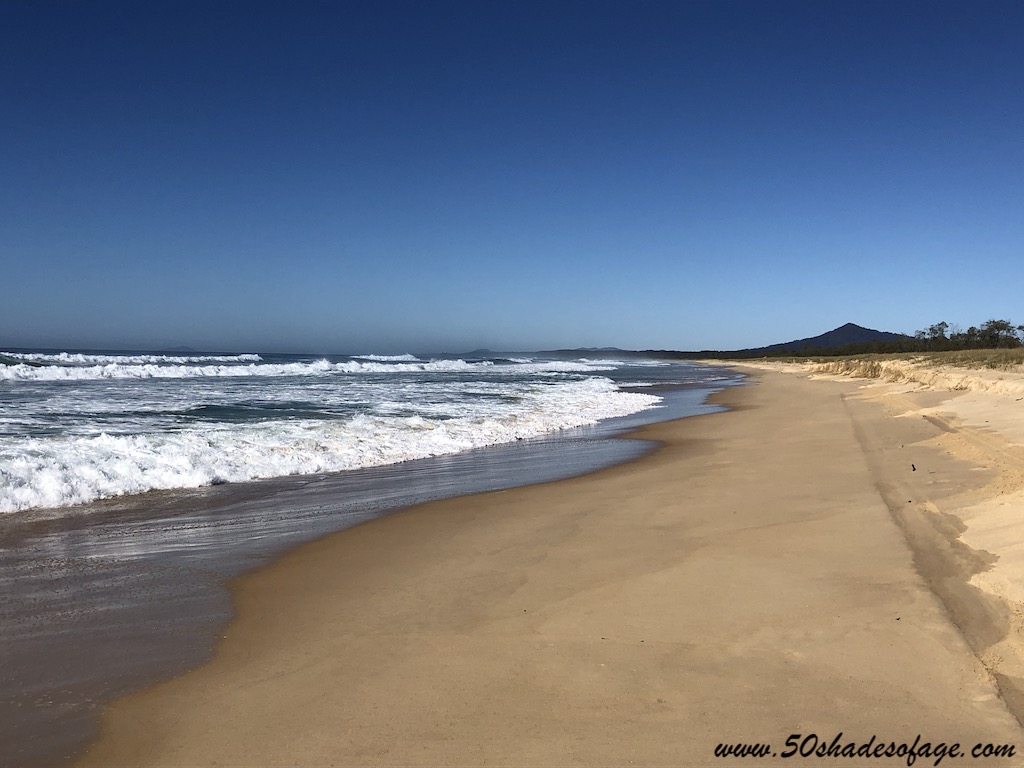 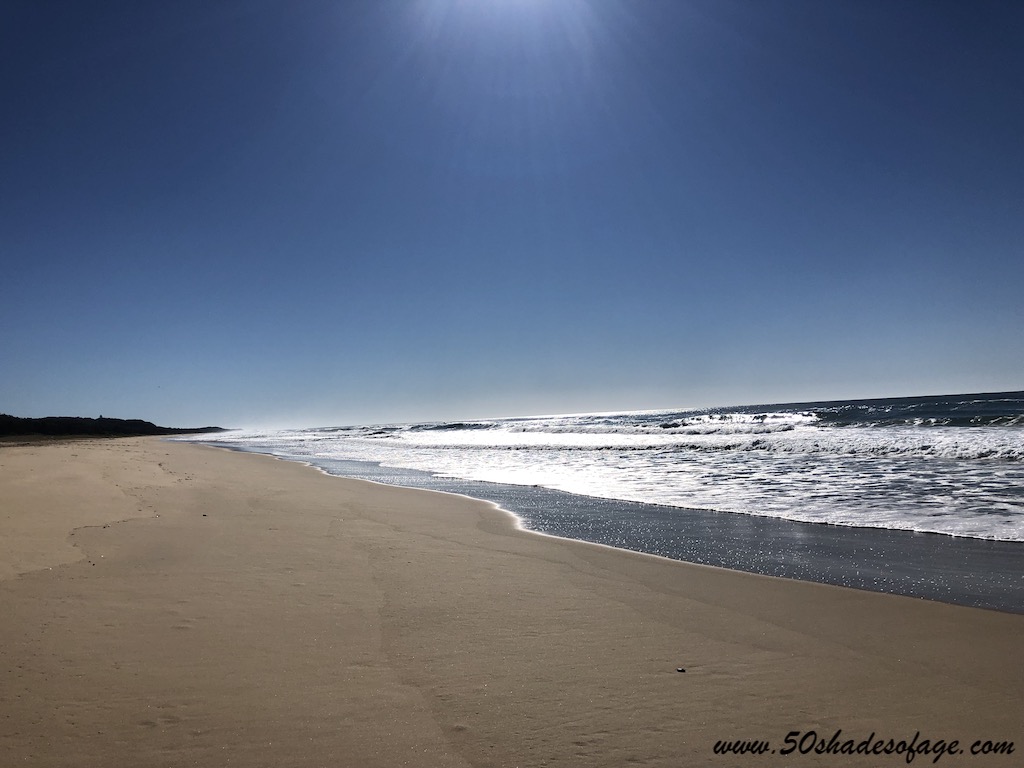 The long stretch of beach at Mylestom

Located where the Bellinger and Kalang Rivers converge, Urunga is a wonderful little Coffs Coast town with a fantastic caravan park located at the river mouths. The Urunga Boardwalk is one of the best boardwalks on the east coast, with spectacular views from the entire length of the boardwalk. 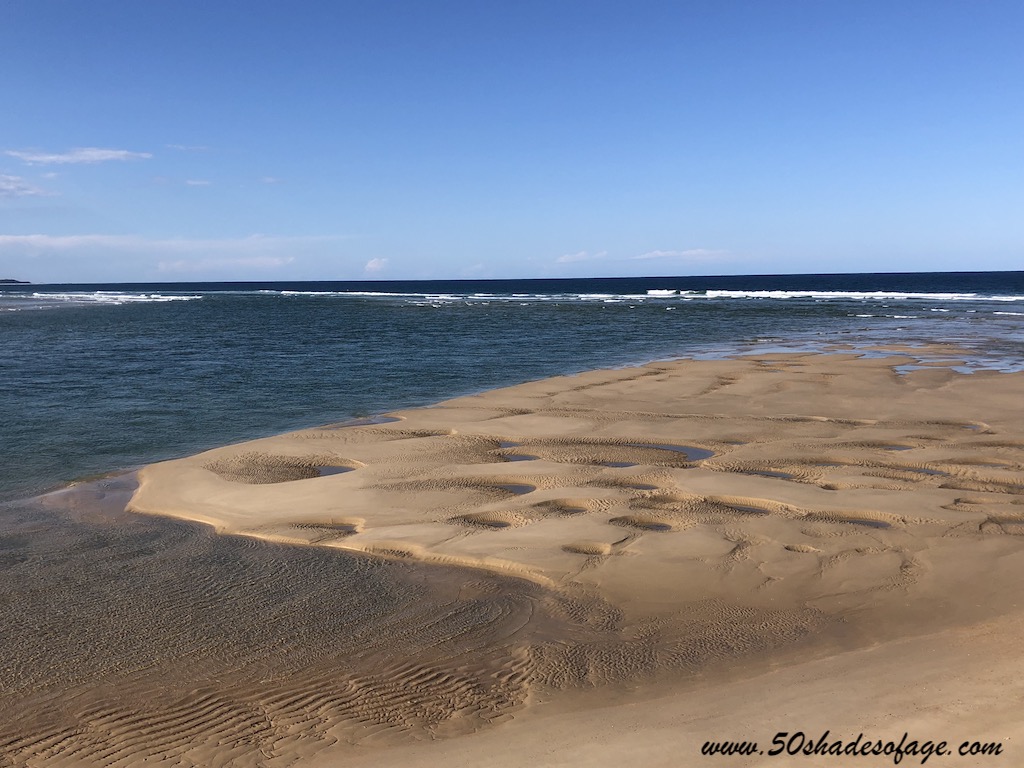 Urunga Heads where the Bellinger and Kalang Rivers converge 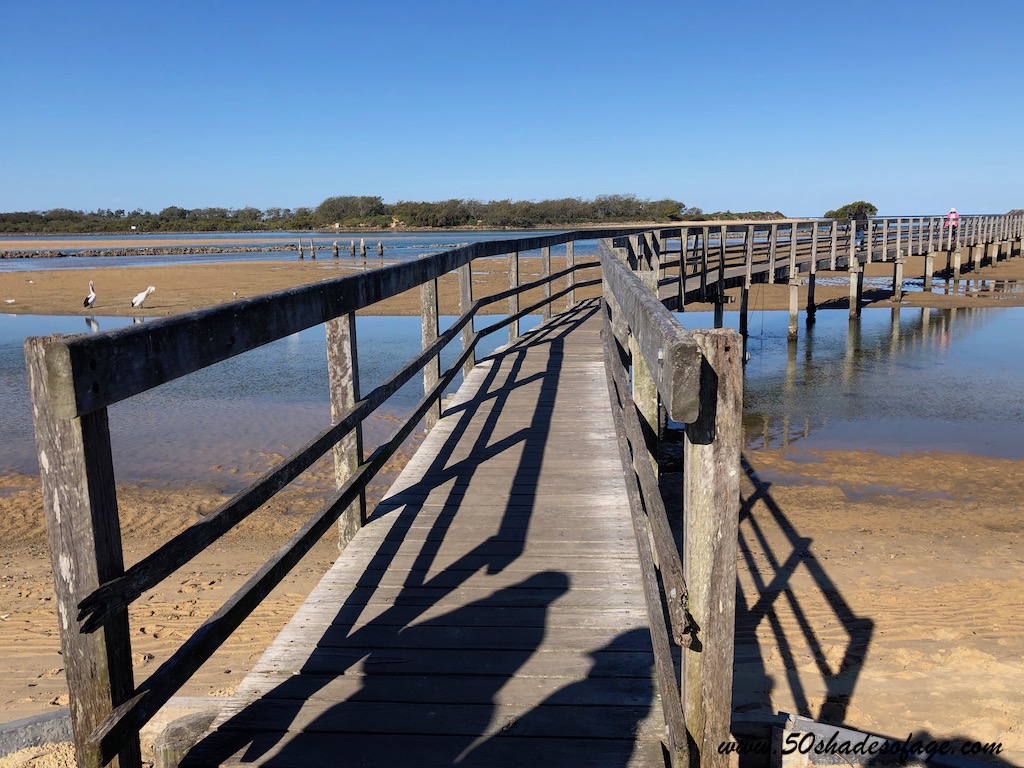 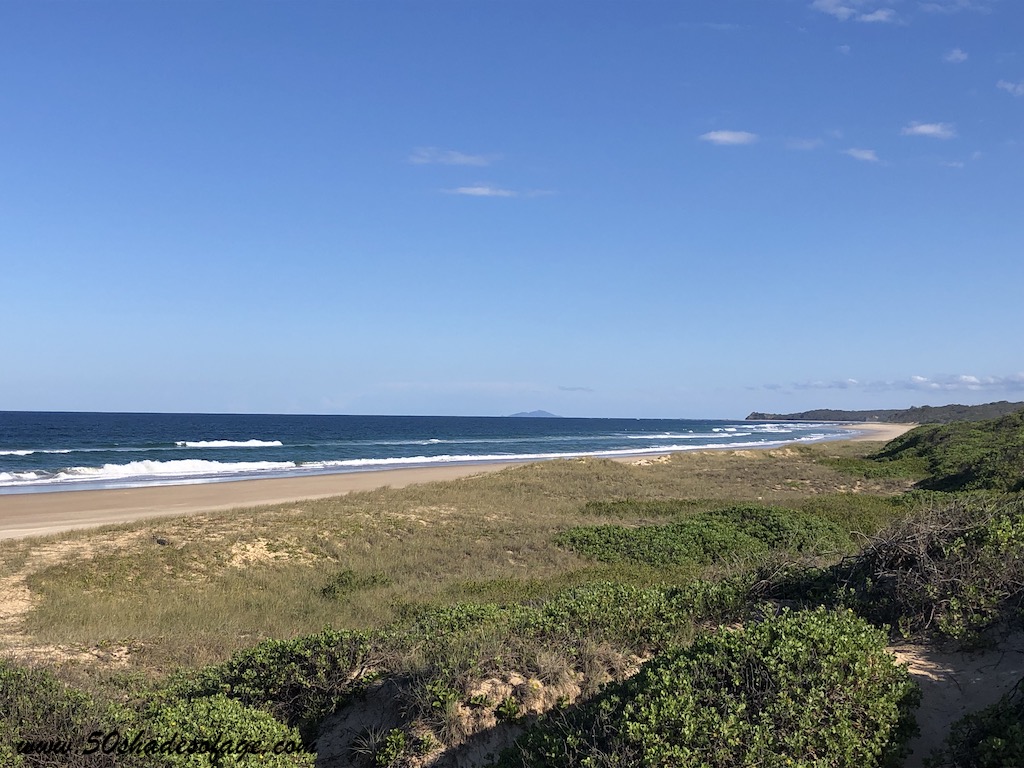 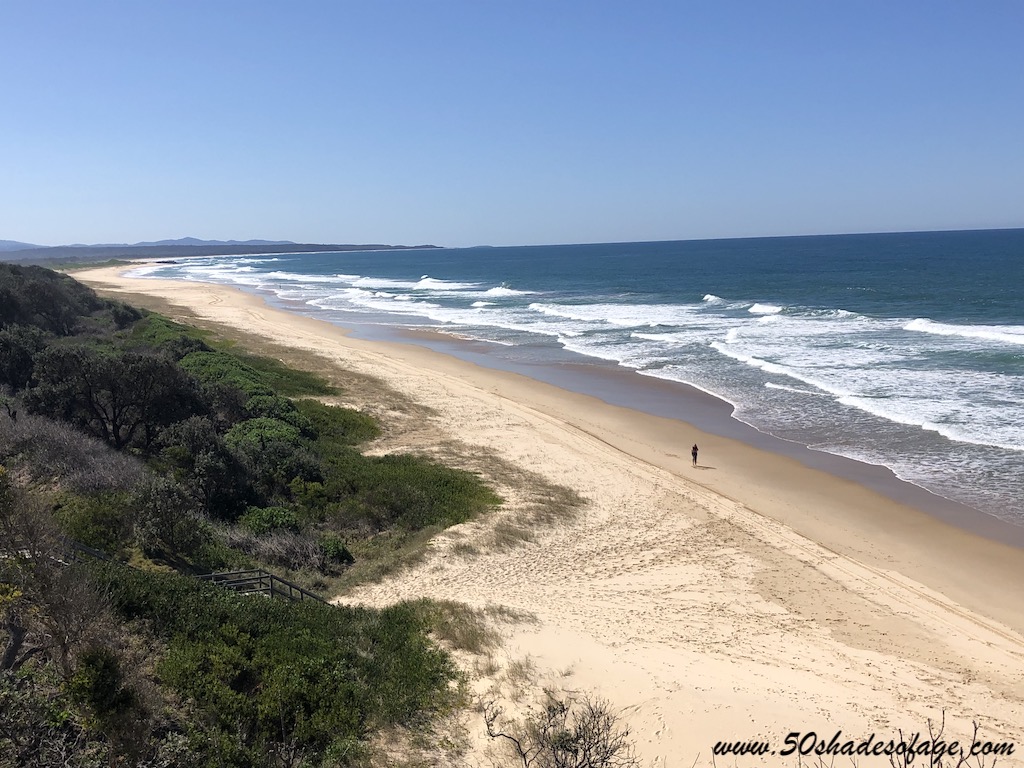 Views from Hungry Head towards Urunga

This quiet little coastal town is a hub for surfing, fishing and simply relaxing on its stunning beaches. The calm waters of Deep Creek offer safe swimming for children and is popular as a picnic area for families. 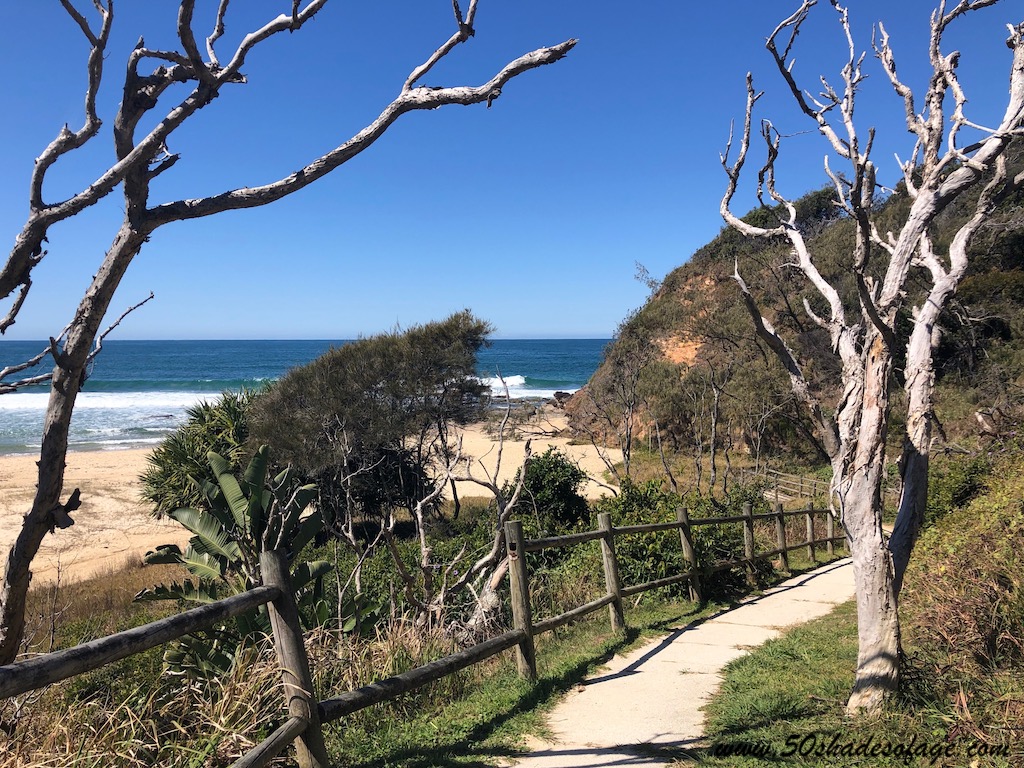 Walkway down to Valla Beach 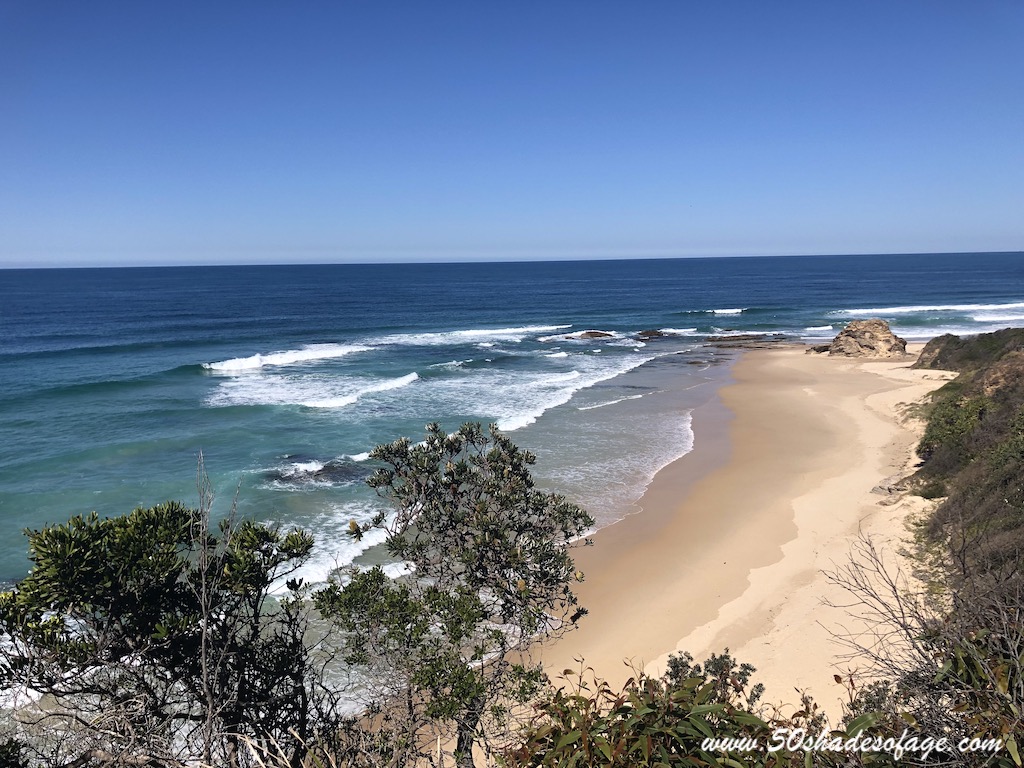 Boasting fabulous beaches and rivers, Nambucca Heads is perfect for swimming and fishing or a meander along the boardwalk or the famous V-Wall. Nambucca Heads offers a variety of shopping, dining, and entertainment options, including a movie theatre. 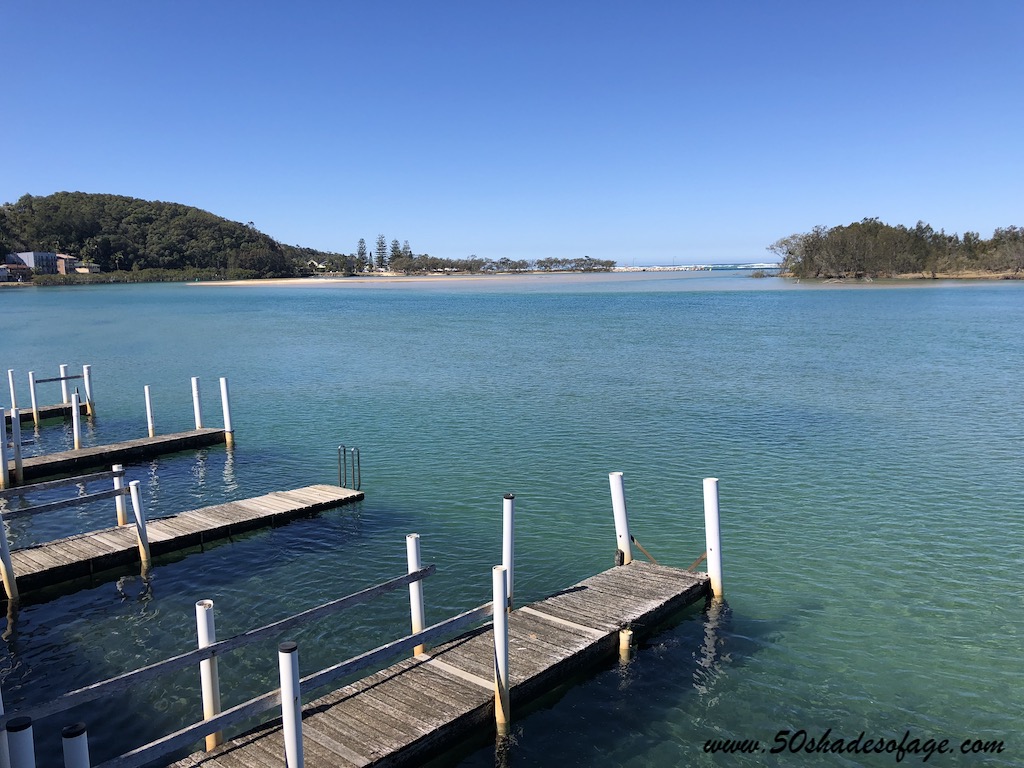 The Nambucca River near the river mouth 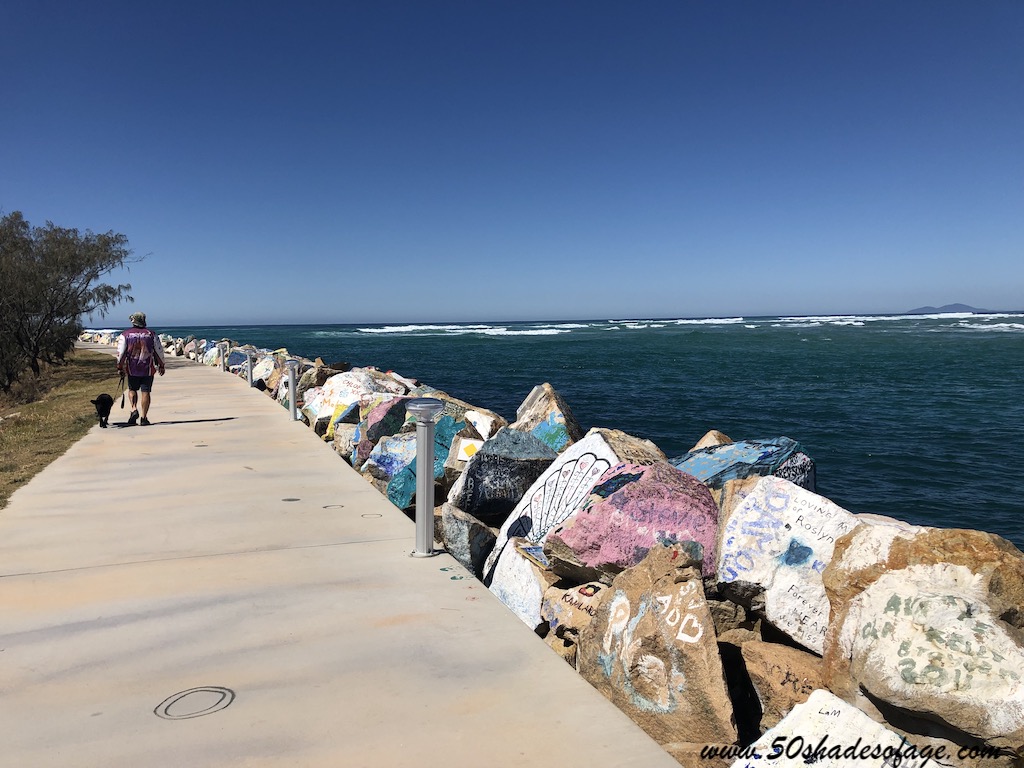 Rock Art along the V-Wall at the Nambucca River mouth 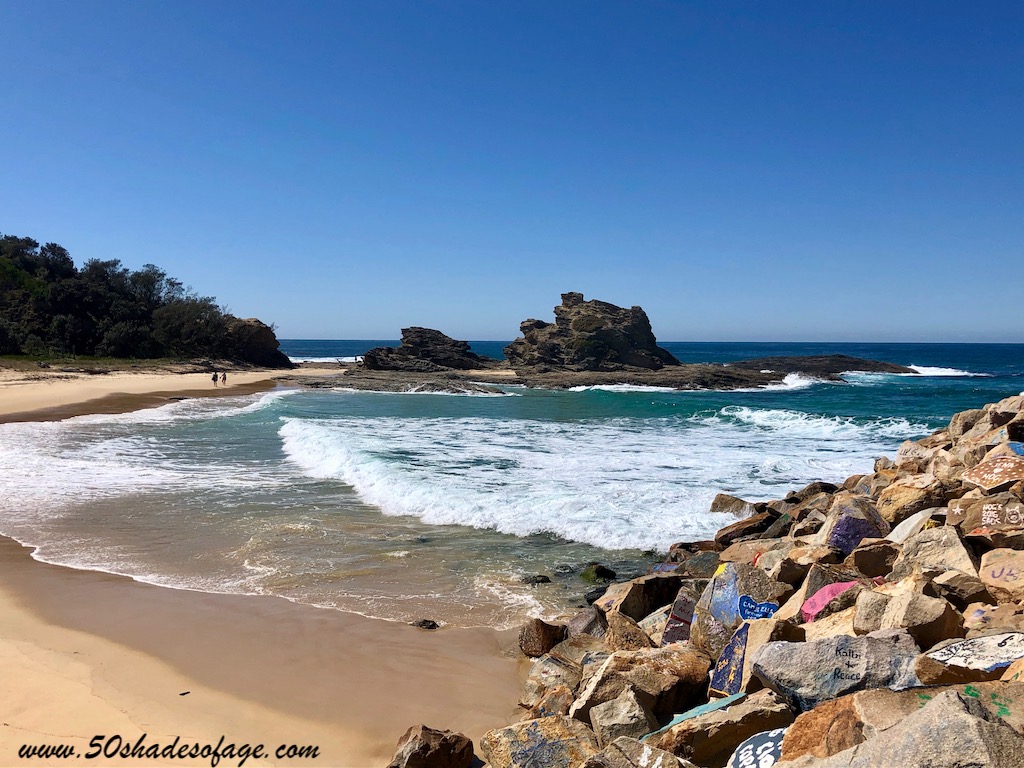 Wellington Rocks Beach at the end of the V-Wall 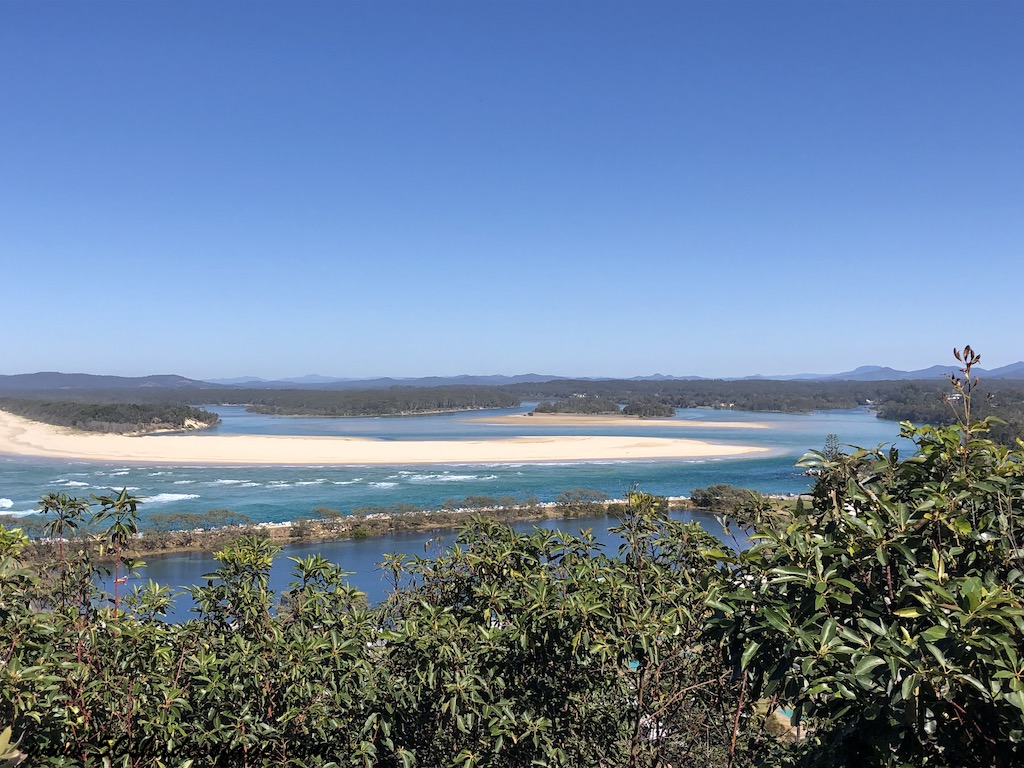 Views from Captain Cook Lookout over the Nambucca River mouth 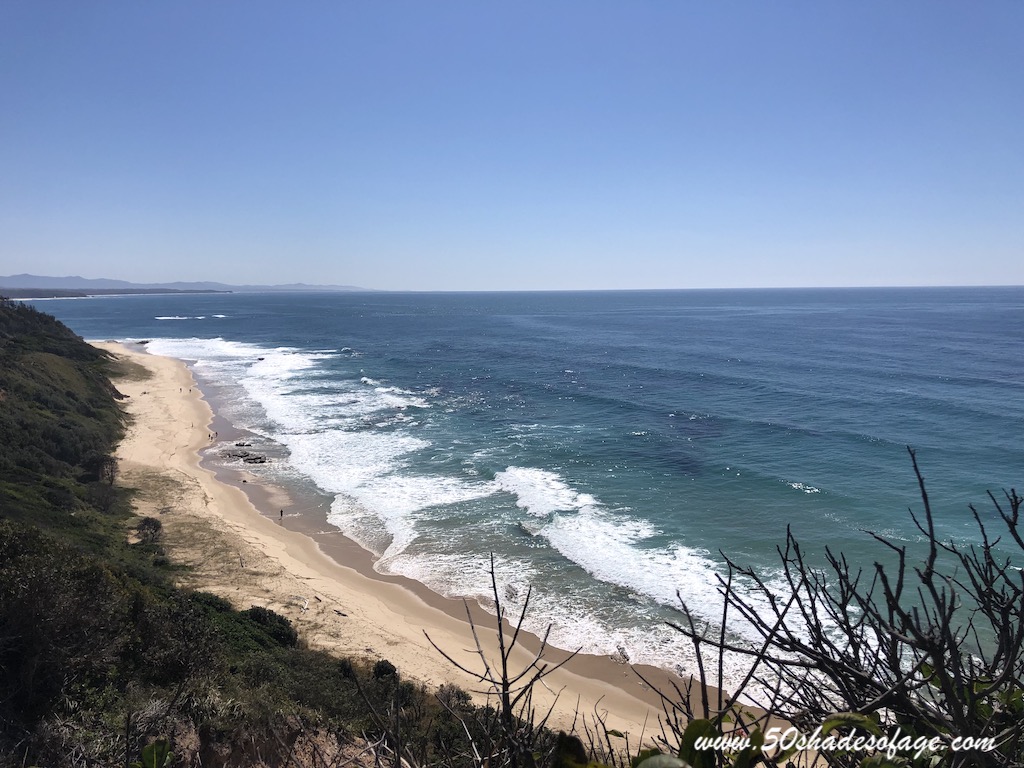 Beilbys Beach from the headland at Nambucca Heads 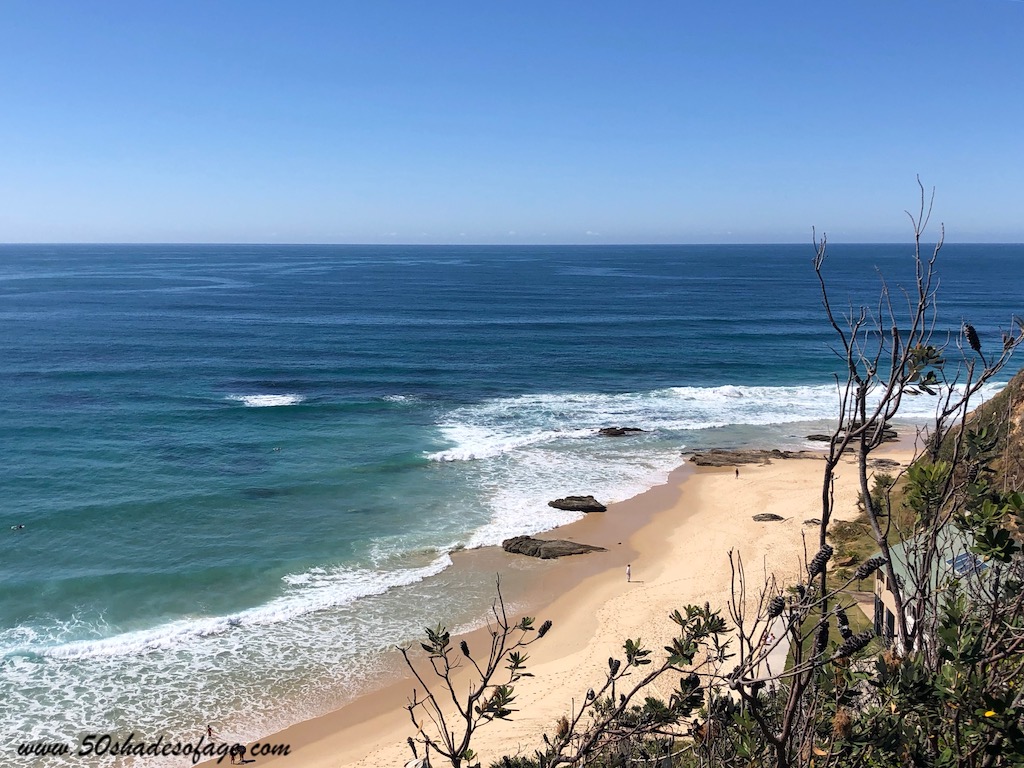 This stretch of coastline is extraordinary and I can vouch for it’s natural beauty and abundance of charming little beachside towns. These are the sort of places where holidaymakers bring their families on the school holidays to enjoy all that is on offer. The Coffs Coast southern beaches are perfect for your next seaside getaway.

Spread the love
Coffs CoastCoffs Coast BeachesMid-North Coast NSWNSW BeachesTravel NSW
By 50 Shades, September 30, 2019 Kathy was a 50 something year old when she started up this blog 6 years ago, but has since turned over another decade and is now in her early 60s. She is married with two adult children and lives on the Tweed Coast of New South Wales, Australia. Kathy enjoys living life to the fullest and loves to keep fit and active by maintaining a healthy diet and exercising regularly. Some of her interests include reading, photography, travelling, cooking and blogging! Kathy works part-time as a freelance writer but her real passion is travelling and photographing brilliant destinations both within Australia and overseas and writing about it.