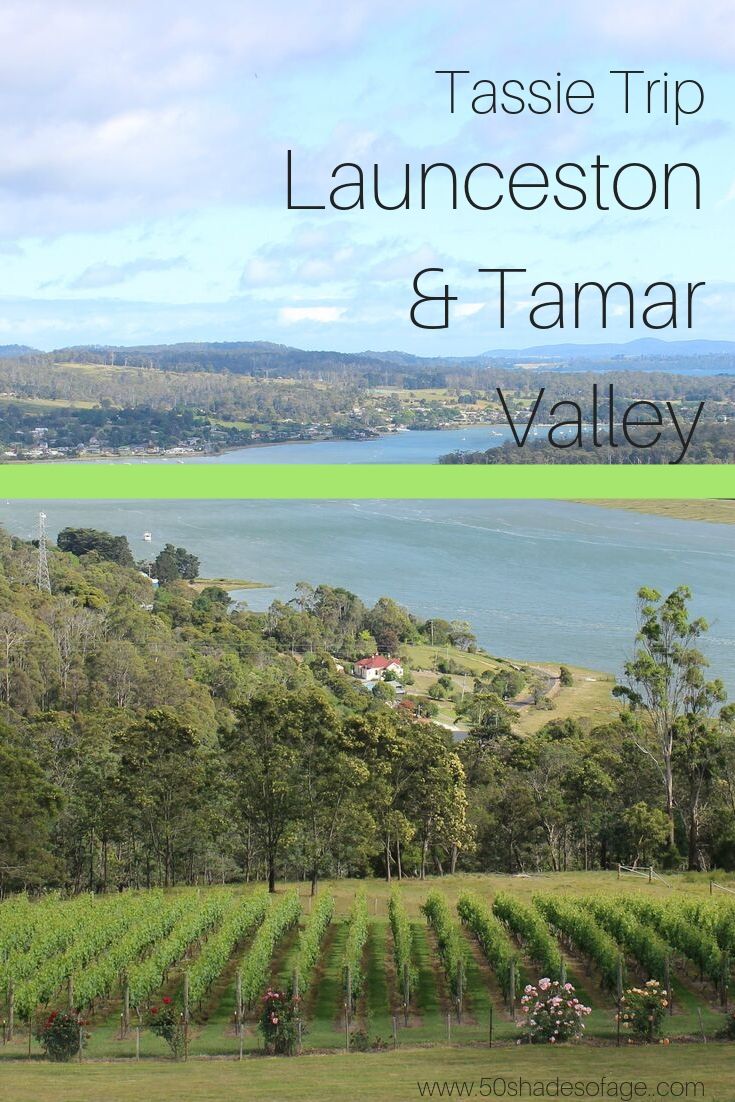 After several days touring the magical East Coast of Tasmania, it was back to civilisation on our Tassie trip to Launceston and the Tamar Valley region.

Tasmania’s second largest city sits in the fertile Tamar Valley at the juncture of the North and South Esk Rivers. Its idyllic location at the gateway to the Tamar Valley Food and Wine Trail, means that Launceston offers many fine restaurants and local wines. 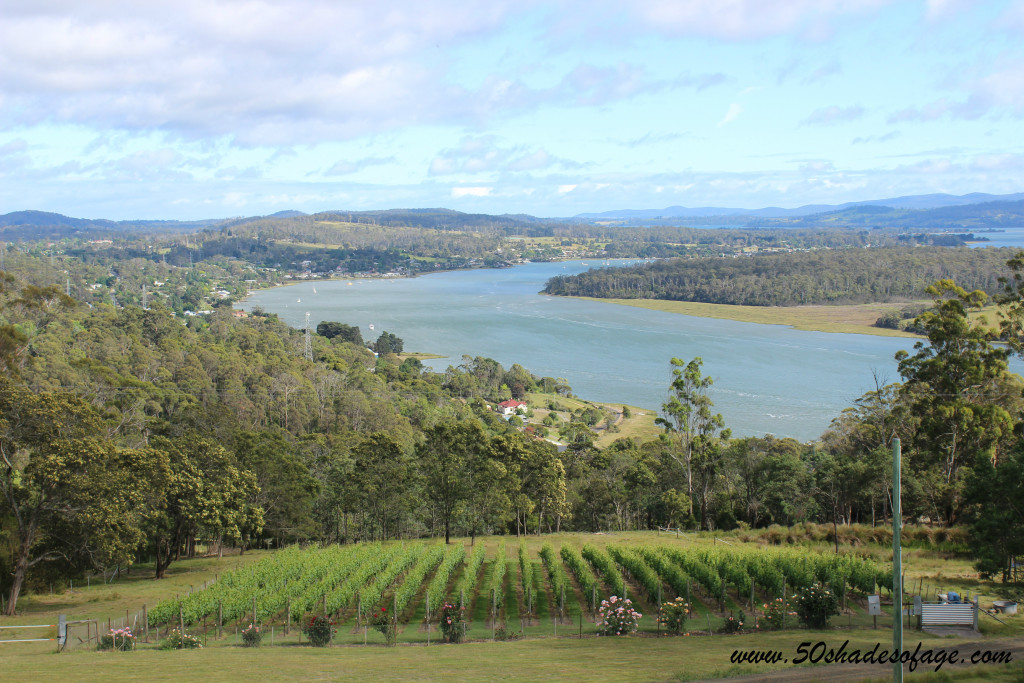 Launceston also has many impressive examples of Georgian and Victorian architecture in a city that proudly displays a rich heritage.

Things to do in Launceston 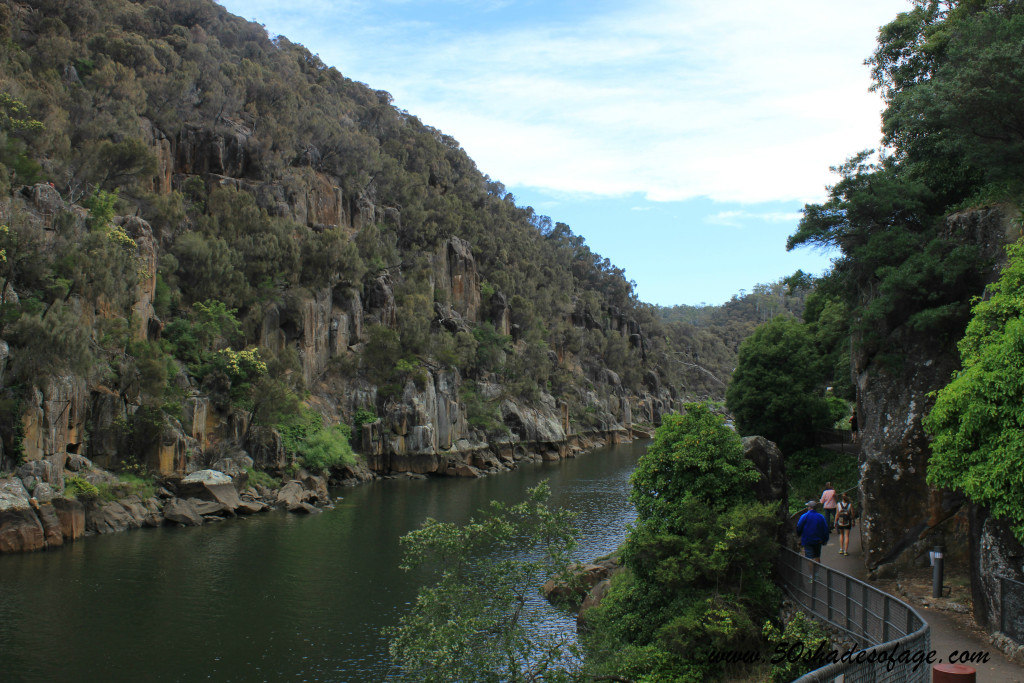 The historic Kings Bridge built in 1864, spans the South Esk River at the entry to the Cataract Gorge, and is a popular spot for a photo opportunity down the gorge. 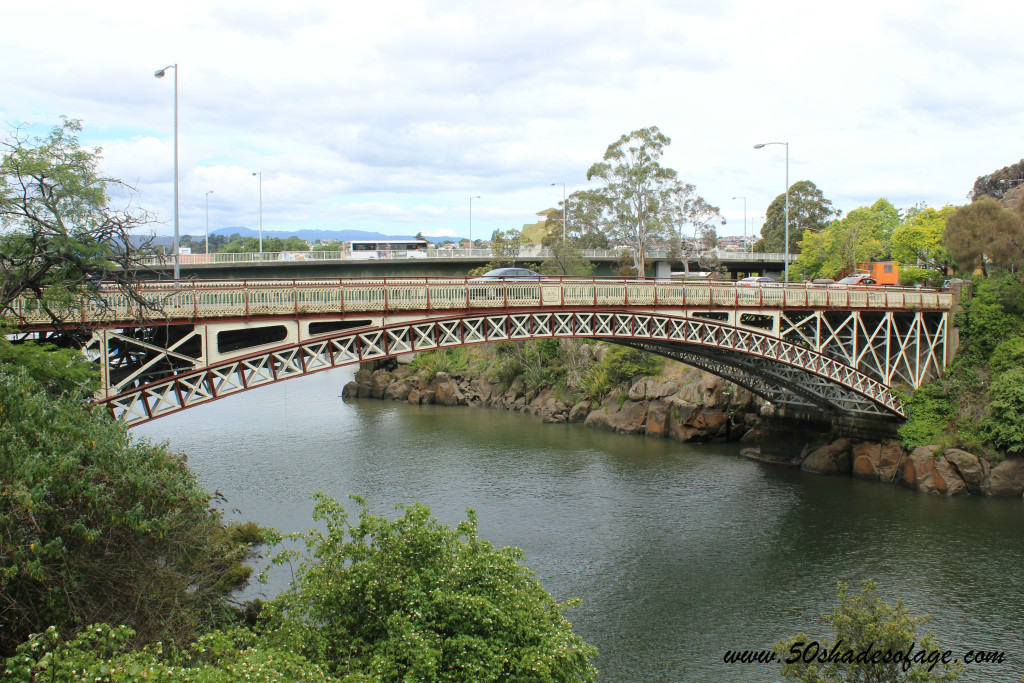 Cataract Gorge is a true wilderness area, even though it is located in the heart of Tasmania’s second largest city. The walk takes about 2 or 3 hours at a leisurely pace, depending on how long you linger at various points of interest. 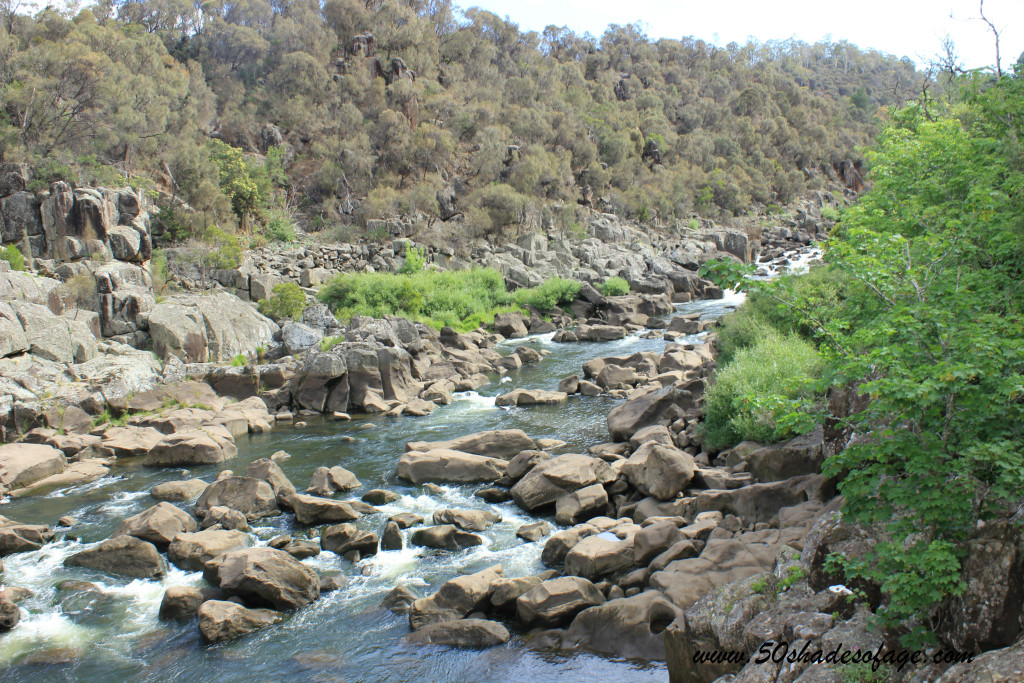 Take the path on the north side of the gorge to First Basin. This open area has some excellent gardens, the Gorge Restaurant and easy walking paths. 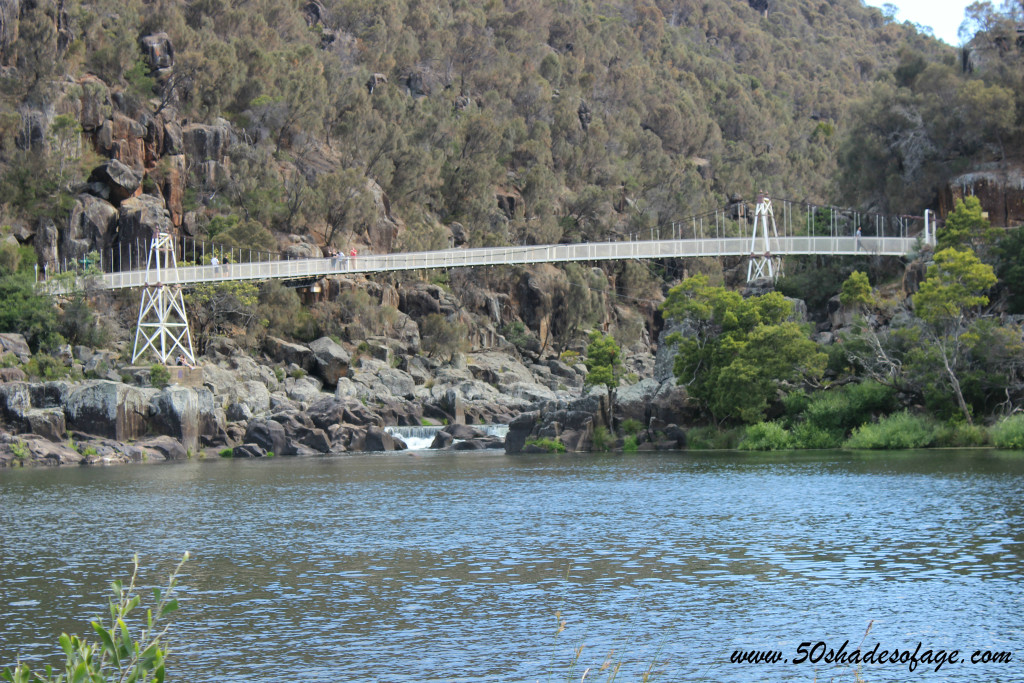 Cross the South Esk by way of the Suspension Bridge (circa. 1940) at the western end of the First basin. But beware it swings from side to side and is high above the river gorge, so it’s not for the faint hearted! 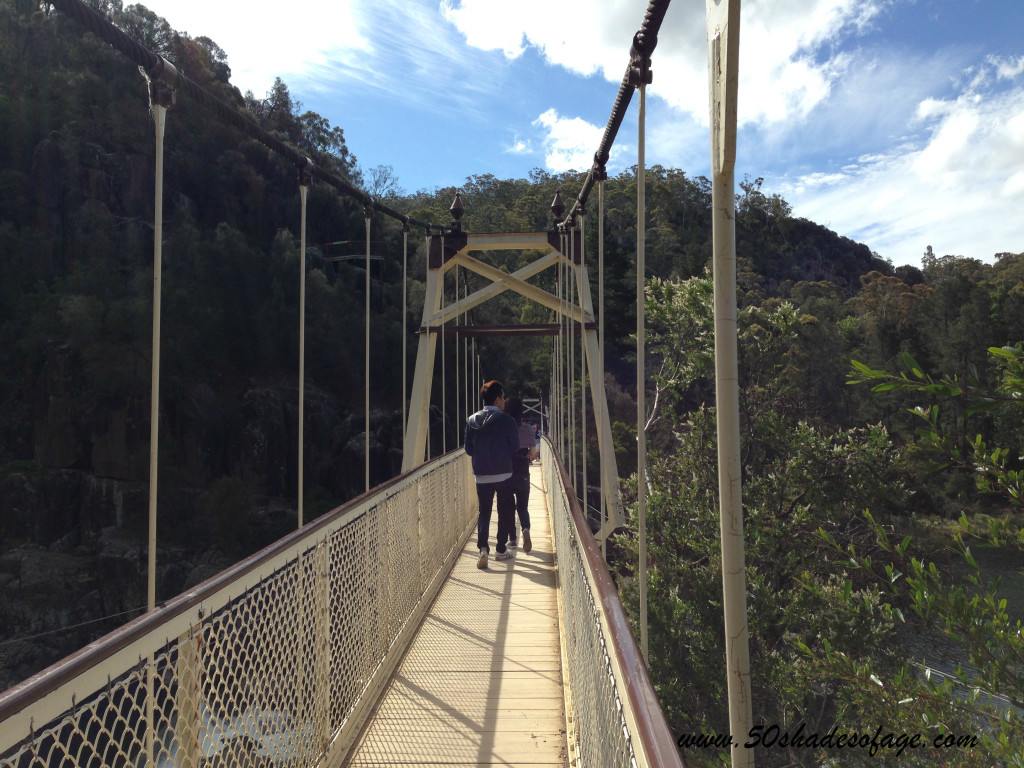 If you’re not into walking or you are short on time take a leisurely cruise down the river through the gorge. 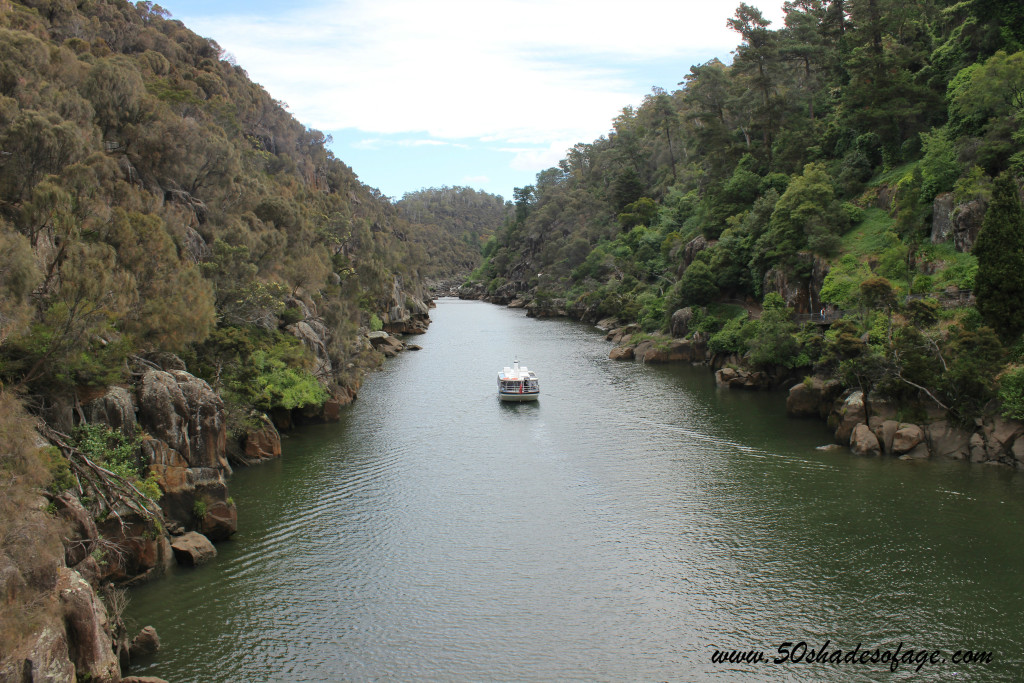 There are three heritage walking trails in Launceston which vary in distance and sights.

We chose to follow the Blue Trail and these were some of the highlights. 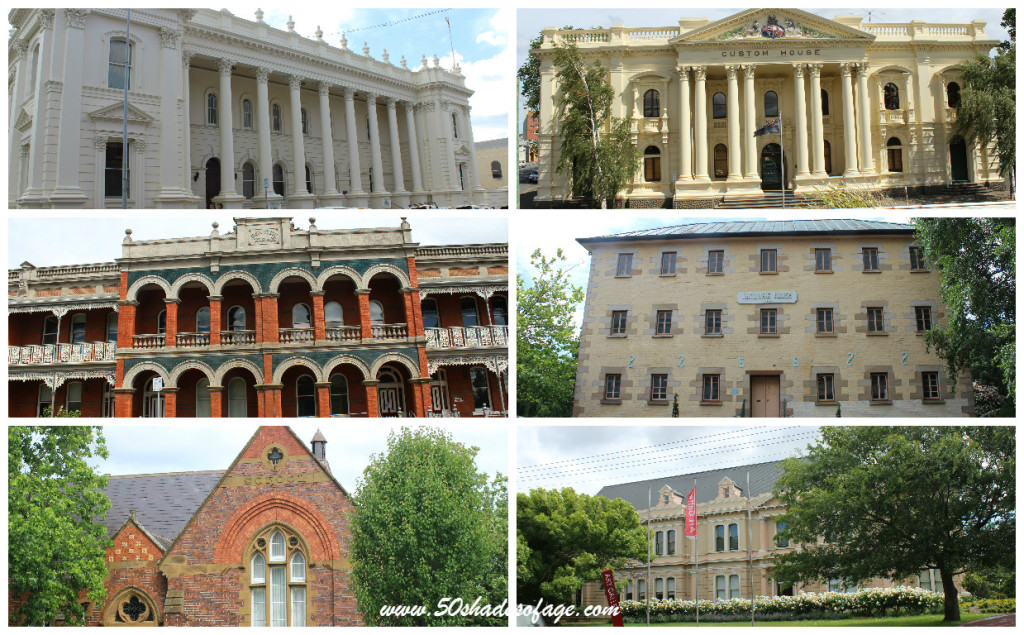 Or you can take a stroll along the North Esk Riverbank. 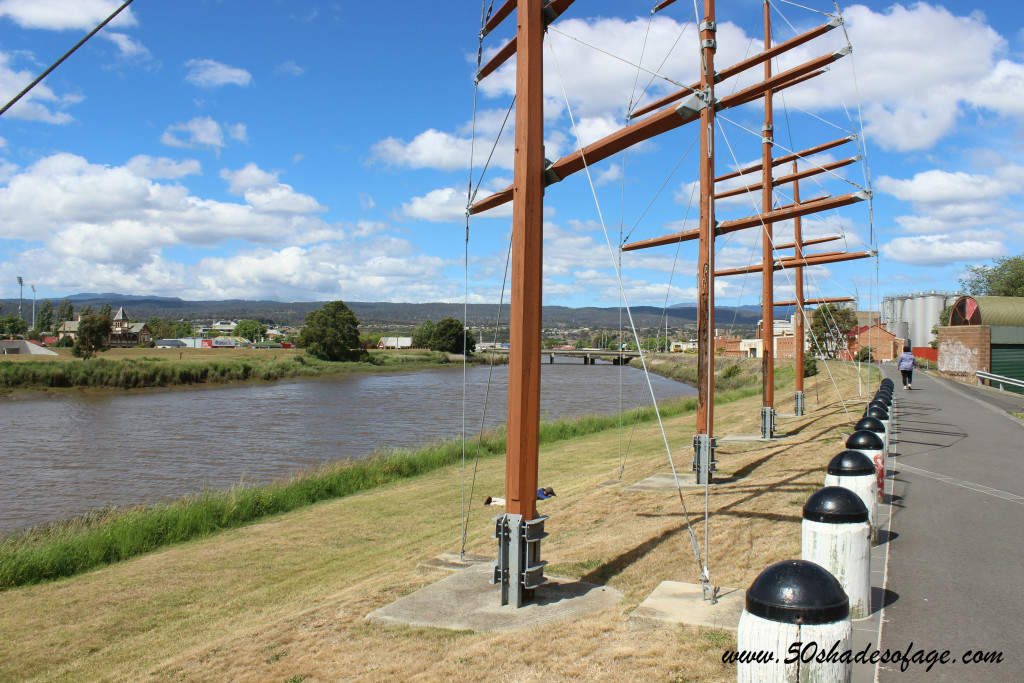 Semaphores lining the banks of the Esk River

Where to Stay in Launceston

As we were touring Tassie in a campervan we stayed at a nearby Caravan Park at the Big4 Launceston Holiday Park, that was located close to the city centre. However, there are plenty of other accommodation options in Launceston, ranging from luxury hotels to budget hotels, Airbnb’s, B&B’s, holiday apartments and hostels. Launceston is a great base to explore the surrounding Tamar Valley.

Places to See in the Tamar Valley

North of Launceston, following the Tamar River to the ocean, the Tamar Valley region features some of Tassie’s most awarded wines with its unique range of cellar doors. 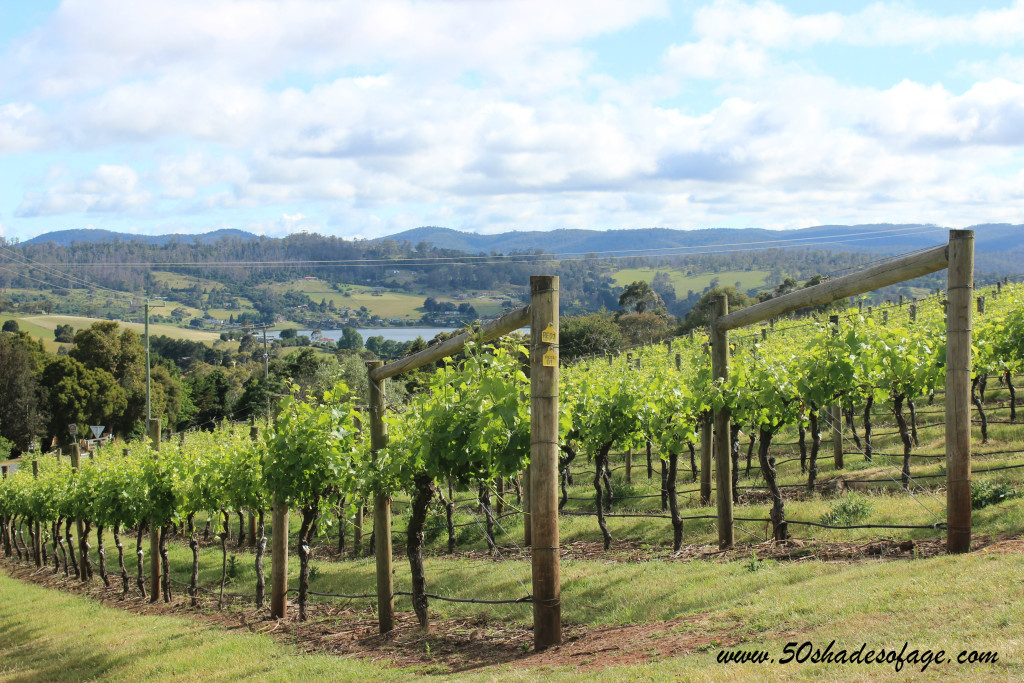 Take in breathtaking views from Brady’s Lookout, on the West Tamar Highway, about 20kms north-west of Launceston, and about halfway between Legana and Exeter. 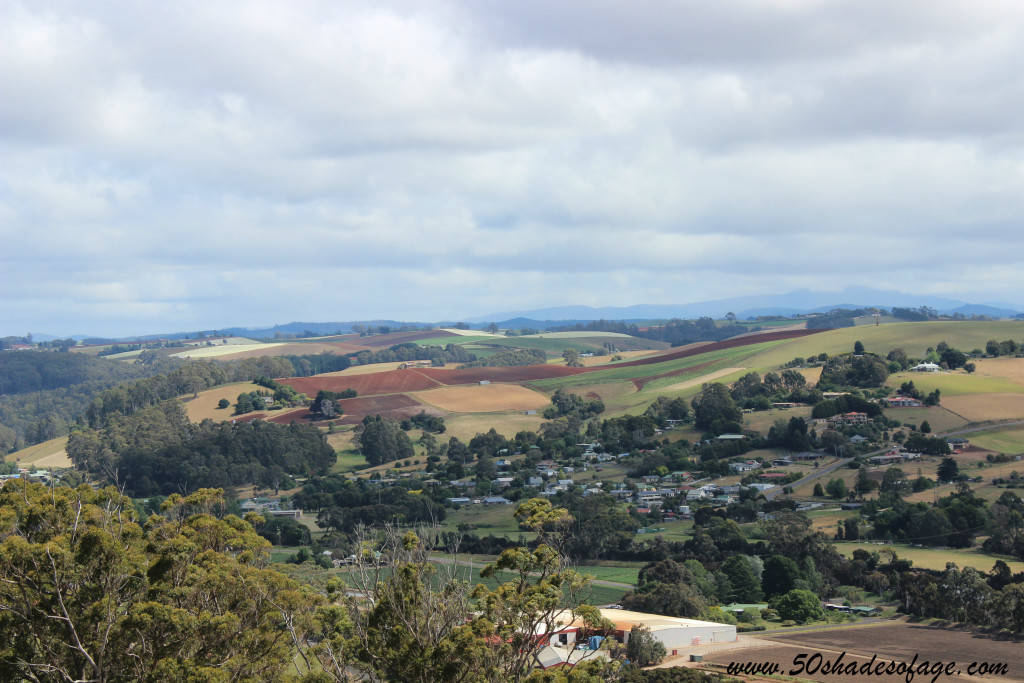 Cross Australia’s first cable-stayed bridge built in the 1960’s, the Batman Bridge spans the Tamar River, and is located at Whirlpool Reach about 38 km downstream from Launceston. 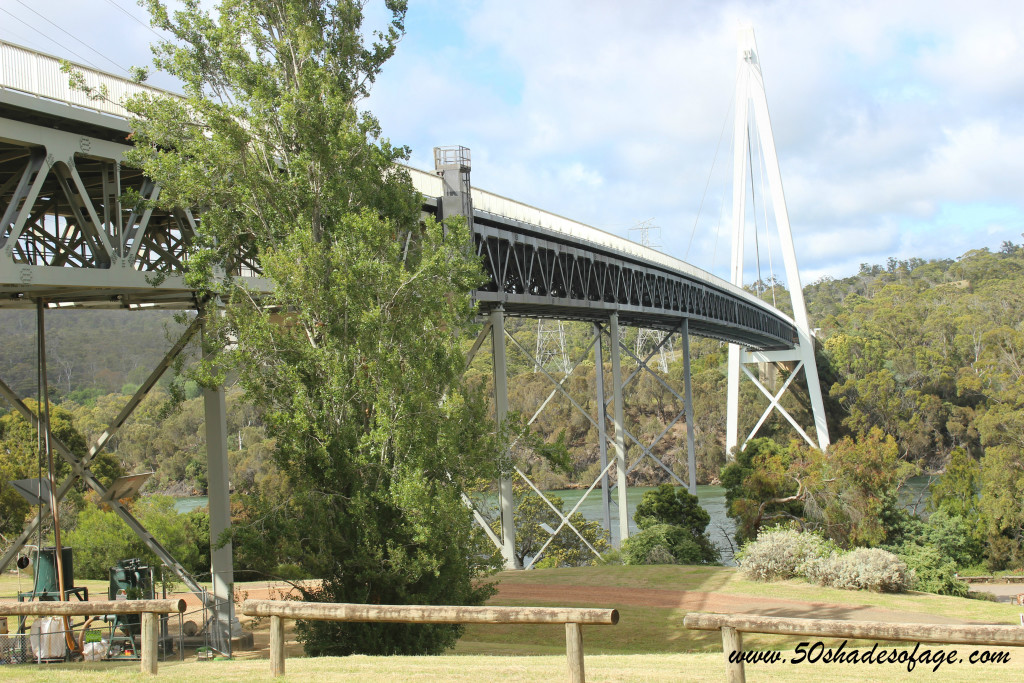 Check out some of the riverside towns like Gravelly Beach, a small country township on the banks of the Tamar River. 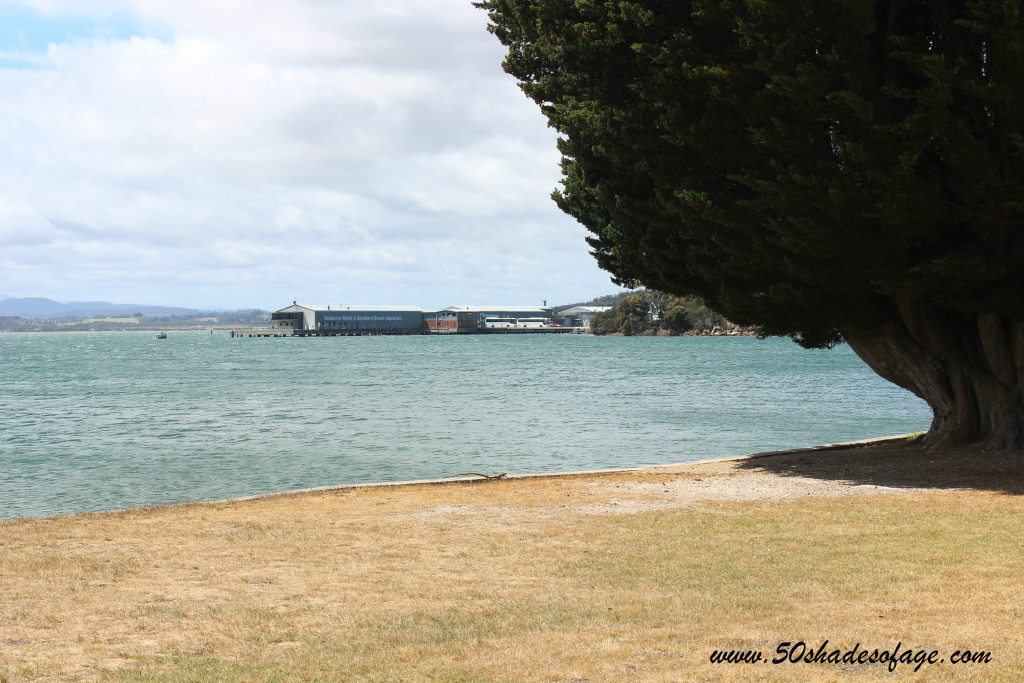 The former gold mining town of Beaconsfield, lies 40kms north of Launceston, and was once the richest gold town in Tasmania. Its claim to fame is the Beaconsfield mine collapse of 2006 where one miner was killed and two miners were trapped one kilometre underground for 5 days. The recovery of the Beaconsfield miners was a significant moment in mine’s rescue in Australia. 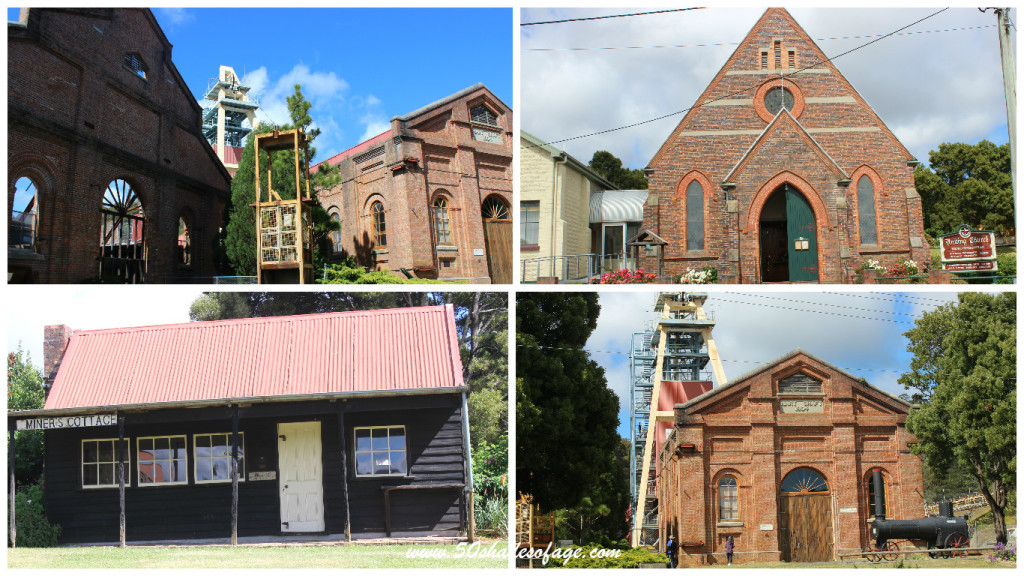 Whilst you are here visit the Beaconsfield Mine and Heritage Centre where you will learn about Tasmania’s mining history.

7 Kms north of Beaconsfield take a detour to the intriguing York Town Historic Site, that was the first permanent settlement in Northern Tasmania between 1804 and 1808. Although the original buildings have all gone, the landscape and natural setting remain largely unchanged and there are interpretive signs around the site detailing the layout and settlement of the village. 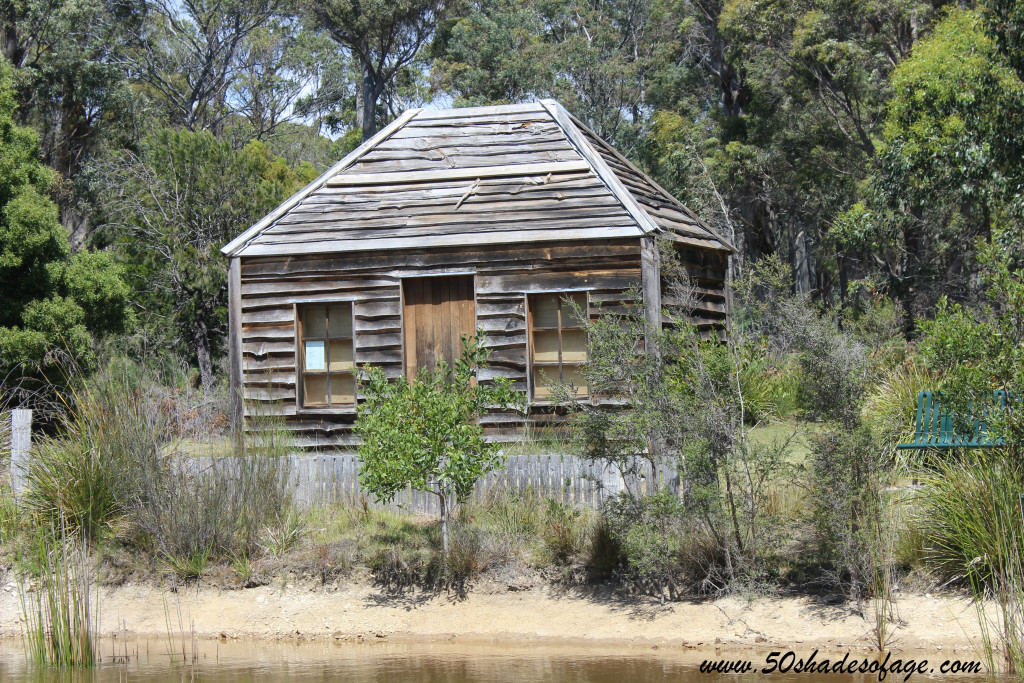 Our few days touring Launceston and the Tamar Valley gave us a taste of everything, from fine wines, delicious farm fresh produce, a scenic gorge, breathtaking Tamar River and Valley vistas, Tasmania’s mining past to a whole lot of history of the heritage city. What a lovely area!

Spread the love
BeaconsfieldCataract GorgeLauncestonTamar ValleyTasmania
By 50 Shades, October 7, 2019 Kathy was a 50 something year old when she started up this blog 6 years ago, but has since turned over another decade and is now in her early 60s. She is married with two adult children and lives on the Tweed Coast of New South Wales, Australia. Kathy enjoys living life to the fullest and loves to keep fit and active by maintaining a healthy diet and exercising regularly. Some of her interests include reading, photography, travelling, cooking and blogging! Kathy works part-time as a freelance writer but her real passion is travelling and photographing brilliant destinations both within Australia and overseas and writing about it.