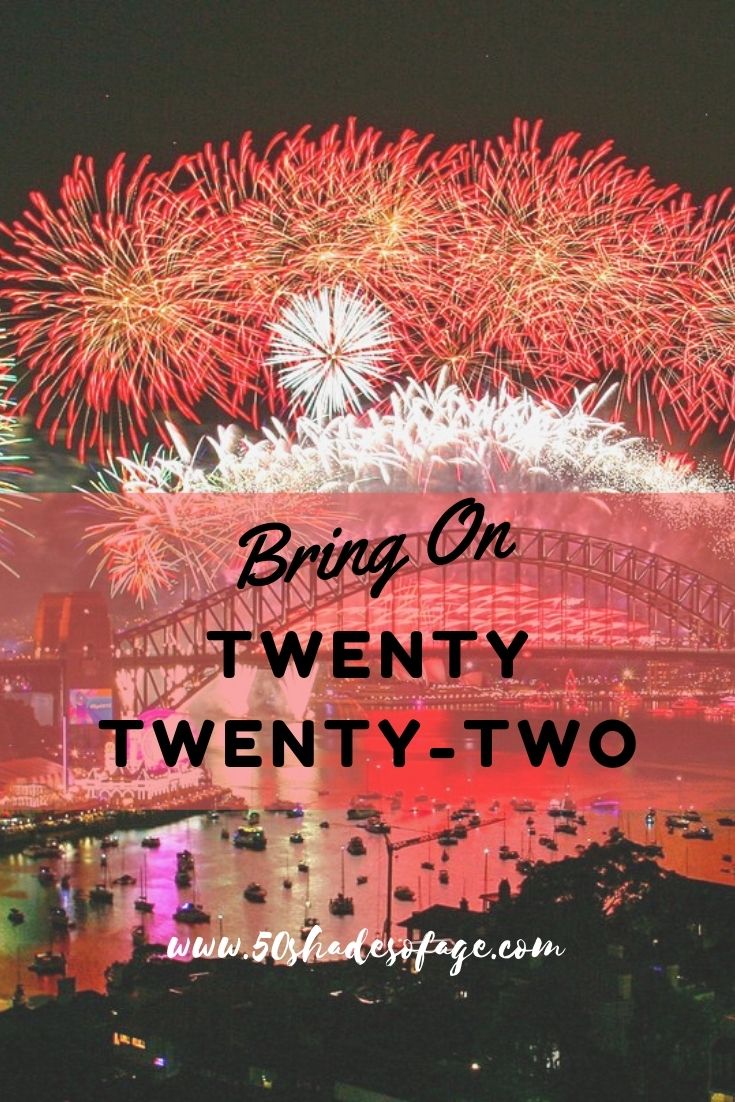 How do I put it? The past two years have been challenging. Actually, to put it bluntly it has been absolute shite! Nobody would have ever seen it coming. If you had said to me two years ago that we were going to experience a worldwide pandemic that would basically shut the whole world down, I would have thought it was science fiction. So this is why I’m saying good riddance 2020 and 2021, and bring on twenty twenty-two (2022)!

Twenty twenty-two is the year where we’re finally facing our fears and taking on this terrible virus head on. Enough is enough! We are no longer going to live locked down in a bubble. We’re going to get on with living our lives. We’re going to open up our regions, our states, our countries and get back to some sort of normality. Also we’re going to get back to doing the things we enjoy, like eating out, going to concerts, theatre, visiting friends and relatives, and travelling again.

Bring On Our Social Lives

In the past couple of months Australia has achieved some of the highest Covid-19 vaccination rates globally. This has meant that most states in Australia have come out of lengthy lockdowns and allowed people to socialise and get together again.

Although this relaxation has meant that Covid-19 numbers have spiralled out of control again, it has not deterred the majority of us. It goes to show how isolation has affected our communities. Our human need for socialisation is strong and our family connections are unassailable. We are social creatures and we need these personal connections. Zoom, Skype and FaceTime do not cut it!

Although my daughter endured four months of lockdown in Sydney, as soon as she was released she was on a flight to see her family. I found a valid reason to obtain a border pass to cross the border into Queensland to see my son, daughter-in-law and grandchildren. There was no way known that I was going to let an impenetrable Queensland border prevent me from seeing my loved ones!

Slowly we have seen restaurants, cafes, pubs and clubs re-open to normal capacity. For ages there were capped numbers allowable into dining venues and there was no standing permitted at most places. You had to enter the premises donning a mask and immediately sit down at a table to either drink or eat.

Live music and theatre became almost obsolete, singing and dancing was prohibited, cinemas were initially closed and then introduced capped numbers, and many sporting events were cancelled. In fact the creative and cultural sector of our country has been heavily impacted by the pandemic.

In sporting mad Australia, football and cricket games still took place, without an audience in most cases. Many football enthusiasts have remarked that this was their only saving grace during the long winter. It did save us from complete boredom.

Whilst live music and theatre had no choice but to seek other occupations or become creative with live-streaming concerts and performances. The future of large concerts is looking a little more positive with outdoor venues being pin-pointed as the best places to hold such events. Some countries are using Covid passports as a requirement for entry to these concerts and festivals.

Live music festivals and concerts will slowly return to Australia in the latter part of 2022, as event promoters have been unable to secure many of the international acts currently on tour in North America and Europe. Although the live music industry had been disproportionately affected by Covid, dance and theatre productions are showing strong returns.

At present, fully vaccinated Australians are able to travel freely within our country without quarantining, (except for Western Australia), with certain restrictions applied. Most interstate travel requires proof of vaccination, a negative Covid test, and an entry pass (in Queensland, South Australia, Tasmania and Northern Territory).

We recently took advantage of the re-opening of the Queensland border with a short holiday on Hamilton Island in the Whitsundays. It was wonderful to travel interstate once again after being restricted within our own state of New South Wales for so long.

Hopefully with the cancellation of a planned caravan trip to Northern Queensland in winter, we will be able to do the same trip in winter 2022. We’re also planning trips to the Sunshine Coast, Sydney and maybe even Victoria in the new year.

Australia re-opened its international border for vaccinated international travellers to certain countries from November 2021. There are certain requirements, such as:

International countries that we’re able to travel to out of Sydney, and a couple out of Melbourne, include:

Then it is expected airlines will also add Thailand, Vietnam, South Africa and Indonesia to its routes from early 2022. Travel to our closest neighbour, New Zealand is not set to resume until April 2022.

As for the cruise industry from foreign countries to Australia, the government have extended the current cruise ship ban until 17 February 2022. The earliest a ship is likely to sail on Australian waters now is May 2022.

For me personally I welcomed the news of the resumption of international travel. We’re planning on flying to Hawaii in June 2022 to embark on a cruise out of Honolulu, around the Hawaiian Islands and up to Alaska, terminating in Vancouver, Canada. People are questioning whether I feel safe to board a cruise ship again after the tragic events of 2020, but I’m feeling fairly comfortable about it.

Don’t get me wrong. I’m a proud Australian and there really is nowhere else in the world that I would rather live. However, I must confess that Australia has been the laughing stock of the world. Our Covid laws have been some of the strictest globally. The squabbling and common sense practiced by some of our state leaders and politicians has been deplorable. We have become a divided country in more ways than one since the beginning of the pandemic.

The two states in particular that have caused the most embarrassment and shame are Queensland and Western Australia. They have mandated the most ridiculous restrictions and showed a total lack of common sense and empathy. Both states slammed their borders shut early during the pandemic and haven’t even allowed their own citizens back into their home state.

Families and loved ones have been separated for over 12 months or more and people have been living in cars and tents awaiting exemptions to get across the border. People weren’t allowed to visit loved ones in hospital, attend funerals nor seek life-saving surgery or medical treatment in Queensland hospitals. It has been a shameful display of government by these two state leaders.

Now that most states have a high vaccination rate, they are slowly opening up their borders and allowing people to return. Although there are still some senseless restrictions and rules, I’m hoping that some common sense will prevail in the next few months.

I’m a glass half-full type of person so I’m being quietly optimistic about the new year. I hope it brings us all better news and more importantly back together again. I wish you all a healthy, safe and happy New Year!

Spread the love
By 50 Shades, January 1, 2022 Kathy was a 50 something year old when she started up this blog 6 years ago, but has since turned over another decade and is now in her early 60s. She is married with two adult children and lives on the Tweed Coast of New South Wales, Australia. Kathy enjoys living life to the fullest and loves to keep fit and active by maintaining a healthy diet and exercising regularly. Some of her interests include reading, photography, travelling, cooking and blogging! Kathy works part-time as a freelance writer but her real passion is travelling and photographing brilliant destinations both within Australia and overseas and writing about it.