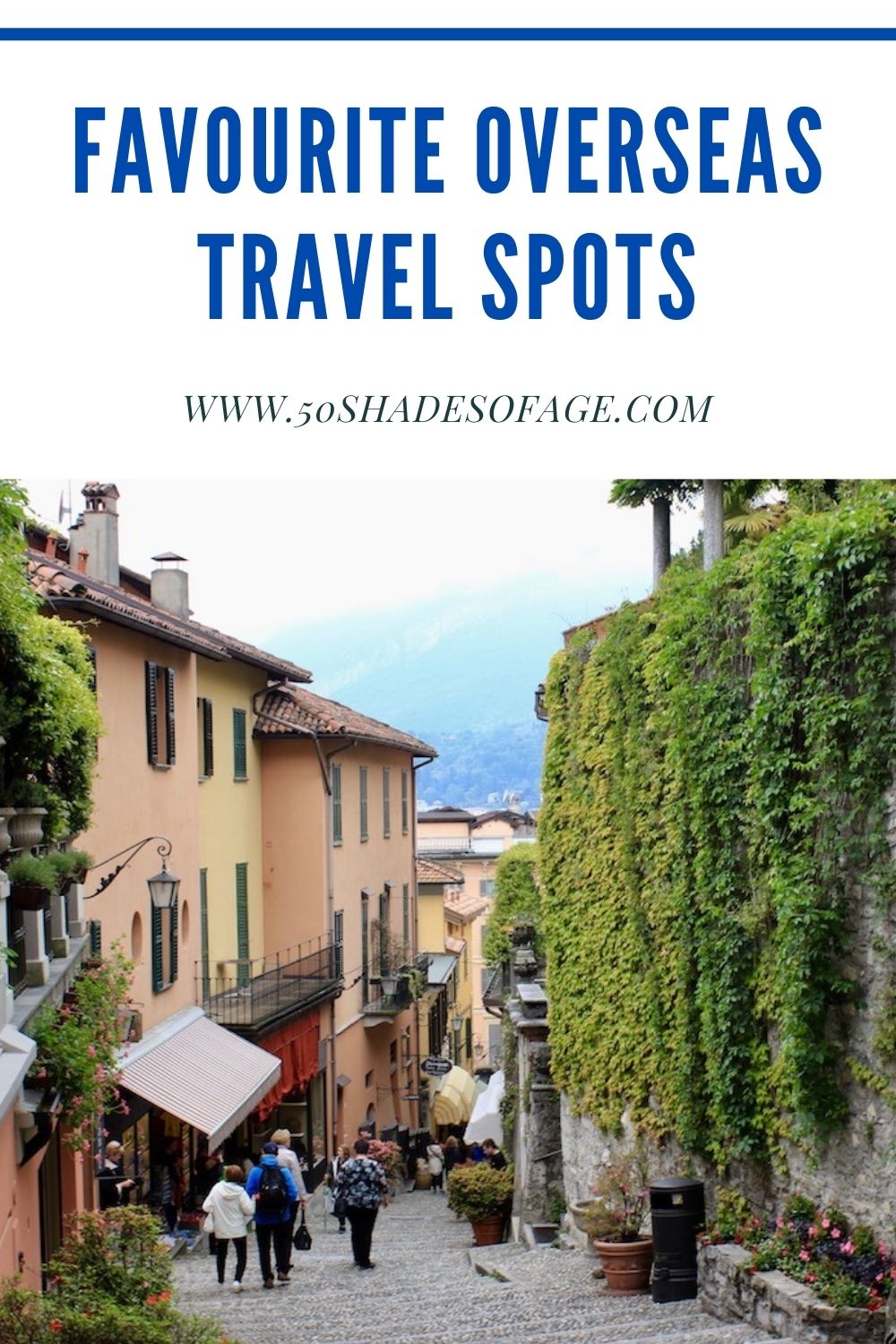 After almost two years of not being able to travel overseas I confess that I’m longing to visit international travel destinations again. My wanderlust, although partially satiated by travelling within my own country, has still kept me thirsting for something more. I’m lusting for new adventures to foreign lands. In the meantime I’m reminiscing about some of my favourite overseas travel spots.

It’s not an easy list to make. I have travelled to so many amazing overseas travel spots over the past 15 years and each place has been unique and exciting in its own way. Some places have offered bustling cities, incredible architecture, fascinating history and culture, attractive beaches and waterways and wondrous landscapes. So it narrows down to my top ten favourite places, in no particular order, that have had the biggest impact me.

This tiny coastal resort town in Antalya Province, Turkey was the highlight of our trip to Turkey in 2012. Typically Mediterranean with whitewashed houses clad with bougainvillea, a small harbour with yachts and fishing boats, al fresco restaurants overlooking the harbour and cobblestoned narrow streets. Kaş is a famous scuba diving location and also boasts some beautiful beaches.

The location of one of my favourite movies, “Ryan’s Daughter”, Dingle is a small port town on the Kerry coastline of Southern Ireland. The drive along Slea Head Drive on the Dingle Peninsula into the village is one of the most spectacular I’ve ever witnessed. The town itself that fringes Dingle Bay, has a fishing village vibe with a mix of charming shops, cosy pubs and friendly locals.

There is nothing to “unlike” about this enchanting ancient town on the central coast of Vietnam. Hoi An was once a South-East Asian trading port located on the Thu Bon River, dating from the 15th to the 19th century. This is evident in the town’s architecture, with a mix of both Asian and European influences. There are ancient wooden Chinese shophouses and temples, colourful French colonial buildings, ornate Vietnamese tube houses and the iconic Japanese Covered Bridge with its pagoda. Colourful paper lanterns adorn the river and buildings in the ancient town of a night time. But it also boasts a number of five star beach resorts along the beachfront at the white sanded An Bang Beach.

Although I’m not a big fan of big cities, I have to say that I was impressed by the bayside city of San Francisco located in California on the west coast of USA. There was something special about the steep hilly streets, the iconic Golden Gate Bridge, Fishermans Wharf, the old-style cable cars, the former prison on Alcatraz Island and the charismatic bay villages of Sausalito and Tiburon. San Francisco is one US city that you should put on your bucket list.

The land-locked South-East Asian country of Laos is neighboured by Vietnam on one side and Thailand on the other. The French influenced UNESCO heritage-listed town of Luang Prabang is literally teeming with Buddhist temples. Luang Prabang lies in a valley at the confluence of the Mekong and Nam Khan rivers. A must do experience is the alms giving ceremony at sunrise, where the Buddhist monks file through the streets taking offerings of rice and food from people lining the streets.

I could probably say that I adored every single place I visited in Italy, including Rome, Venice, Lake Como, Cinque Terre, Siena and Sicily. But the standout was the Amalfi Coast and the town of Positano. Many things are memorable about the Amalfi Coast. The scenery is exquisite, houses are perched on hilltops, there are towering cliffs and cosy little secluded beaches everywhere, and then there is the truly spectacular Path Of The Gods. Ferry boats run regularly to the other Amalfi Coast towns and to the Isle of Capri.

One of the most popular ski resorts in Canada, is Whistler/Blackcomb located around and hour and half drive from Vancouver. I’ve been fortunate to visit here twice during the winter months to try my hand at snow skiing in the white powdery snow that Whistler is renowned for. The pedestrian-only Whistler village offers an endless array of shops, cafés and bars, restaurants and Whistler’s legendary aprés nightlife. This is also where there are hundreds of chalet-style accommodation units that are all handy to the ski lifts at the base of both Whistler and Blackcomb mountains.

In 2007 I travelled to Hawaii and although I wasn’t overly fussed with Honolulu on the island of Oahu, I discovered Maui to be a tropical paradise. I spent my days here driving around the island in a bright yellow Mustang convertible seeing the sights of this beautiful place. Staying in the former whaling town of Lahaina, I discovered this town to be upbeat and vibrant with dozens of art galleries and a variety of unique shops and restaurants. A highlight was a visit to the lush greenness of the island’s interior and a boat trip out to Molokini, an undersea extinct volcano, where we snorkelled with marine life and swam with sea turtles.

During a week long tour of Sri Lanka in 2019, I spent two days in Galle on the southwest coast of Sri Lanka. Unfortunately the weather was not kind to us during our stay, with torrential rain on both days we were here. Galle was formerly a fortified city founded by the Portuguese in the 16th century. The remnants of the walls of the fort are still present and are worth a stroll around. The streets of the old Dutch quarter are also very interesting with historical buildings, lively bars, restaurants and trendy shops. The nearby beaches in Galle are palm-fringed with white sand and turquoise water and are popular for surfing, snorkelling and scuba diving.

Do you have a list of your top ten favourite overseas travel spots? I would love for you to share them in the comments below.

Spread the love
International TravelOverseas TravelTop Travel DestinationsTravel
By 50 Shades, December 20, 2021 Kathy was a 50 something year old when she started up this blog 6 years ago, but has since turned over another decade and is now in her early 60s. She is married with two adult children and lives on the Tweed Coast of New South Wales, Australia. Kathy enjoys living life to the fullest and loves to keep fit and active by maintaining a healthy diet and exercising regularly. Some of her interests include reading, photography, travelling, cooking and blogging! Kathy works part-time as a freelance writer but her real passion is travelling and photographing brilliant destinations both within Australia and overseas and writing about it.