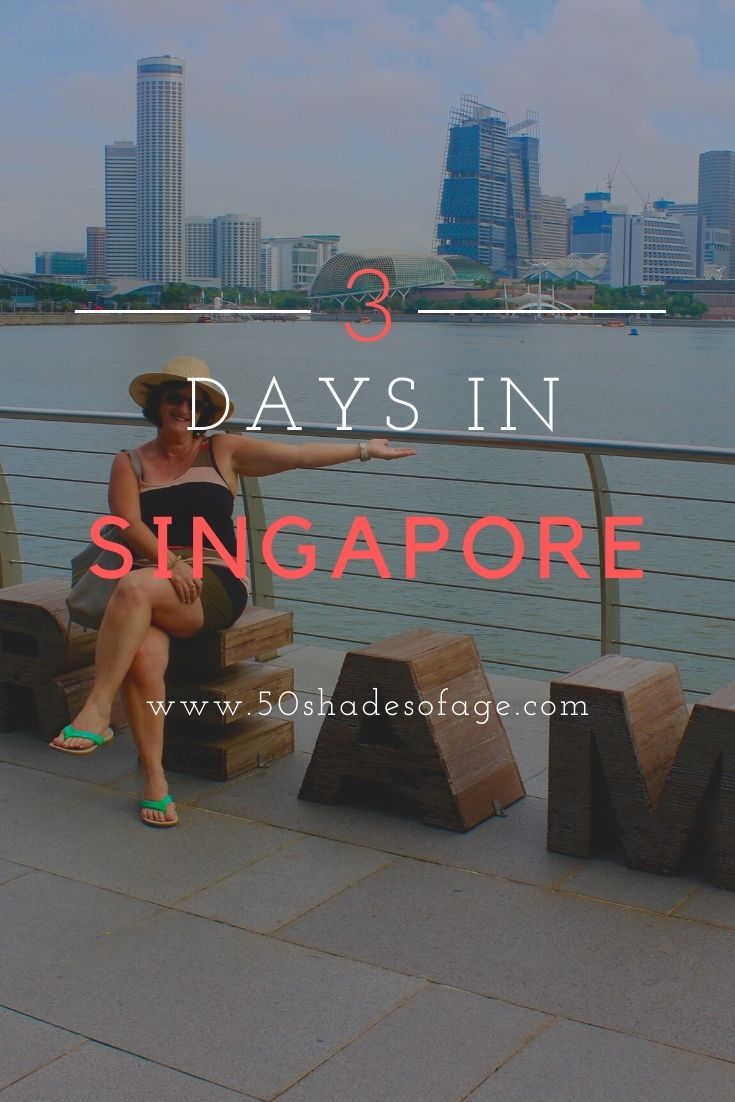 On my second trip to Singapore, the first being a stopover en-route to Turkey, I decided I wanted to really explore this exciting place and not just see the inside of their mega shopping centres! In total we were fortunate to get three days in Singapore to see and do all that this fascinating place has to offer.

We had booked a South East Asia cruise departing from Singapore and decided to arrive a day early. We also got to spend an entire day in Singapore on day 5 of our cruise as it returned to port to drop off and pick up more passengers for the second leg of the cruise. Additionally we had another full day here when we disembarked from the ship. 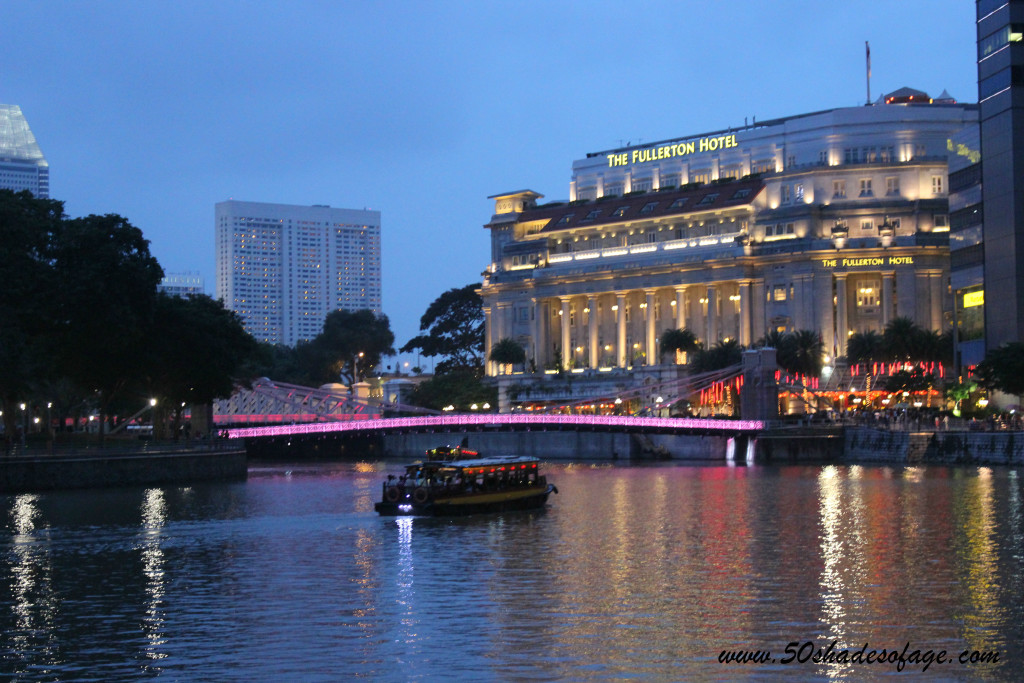 Three days in Singapore was barely enough to see all that this wonderful place has to offer. The crème de la crème of all South East Asian cities, Singapore the only island city-state in the world, is clean, tidy, orderly, seamless and is packed with great things to do.

My first impression after deboarding my flight at Changi Airport was extremely positive. The motorway between the airport and city is a tree-lined, verdant-green boulevard filled with tropical plants. The traffic is organised and non-chaotic, unlike many other Asian cities that can be nerve racking! 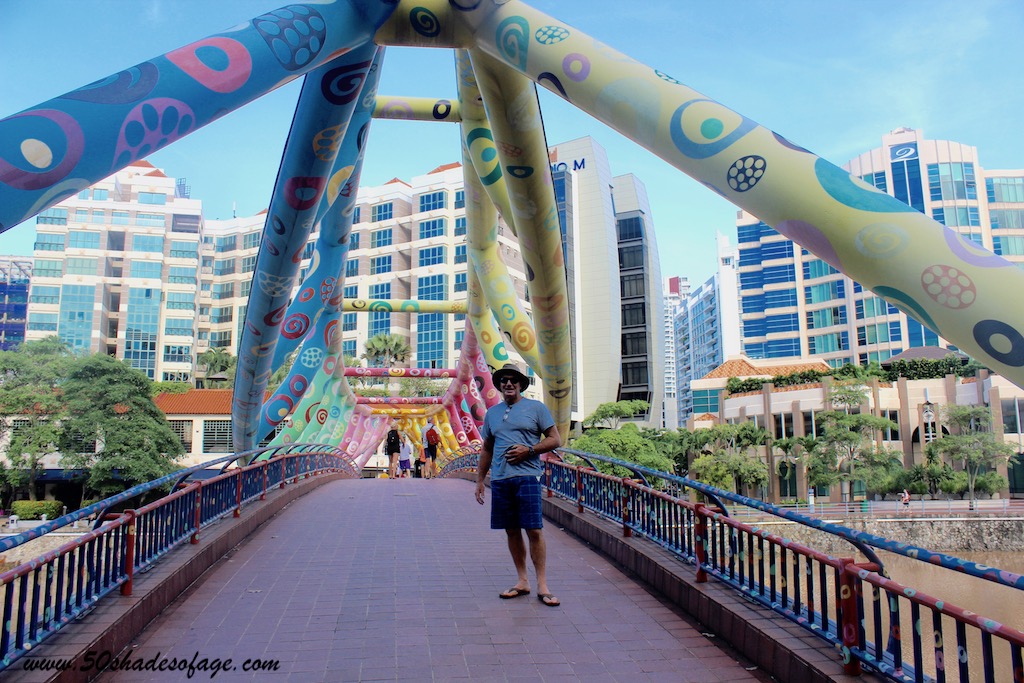 A colourful bridge in Singapore City

Driving through the city is relatively easy because the Singaporean government charge a tariff on local resident’s cars entering the city zone which forces the majority of the population to use the very efficient public transport systems. Such a great idea!

There is also little crime nor drug use, because the consequences are dire, so it is extremely safe on the streets. There does not appear to be any homeless or beggars on the streets as well. 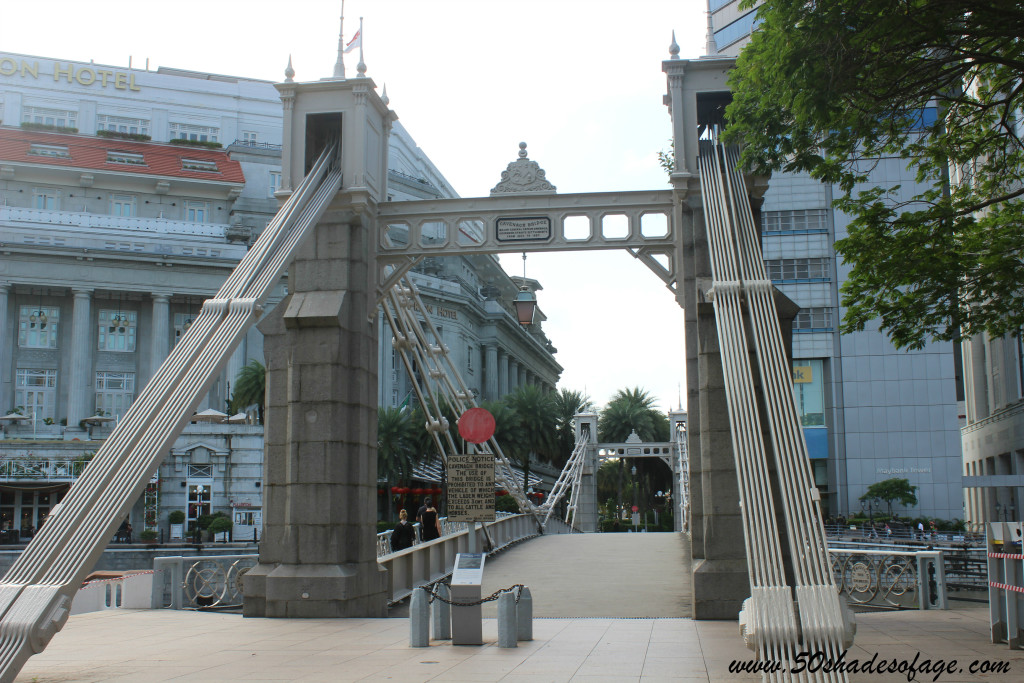 Initially the heat and humidity hits you with a thud and it tends to bucket down raining without notice, however you quickly get used to the steamy atmosphere.

The skyline is dominated by large skyscrapers, the twin towers of Marina Bay Sands and the surrounding area. 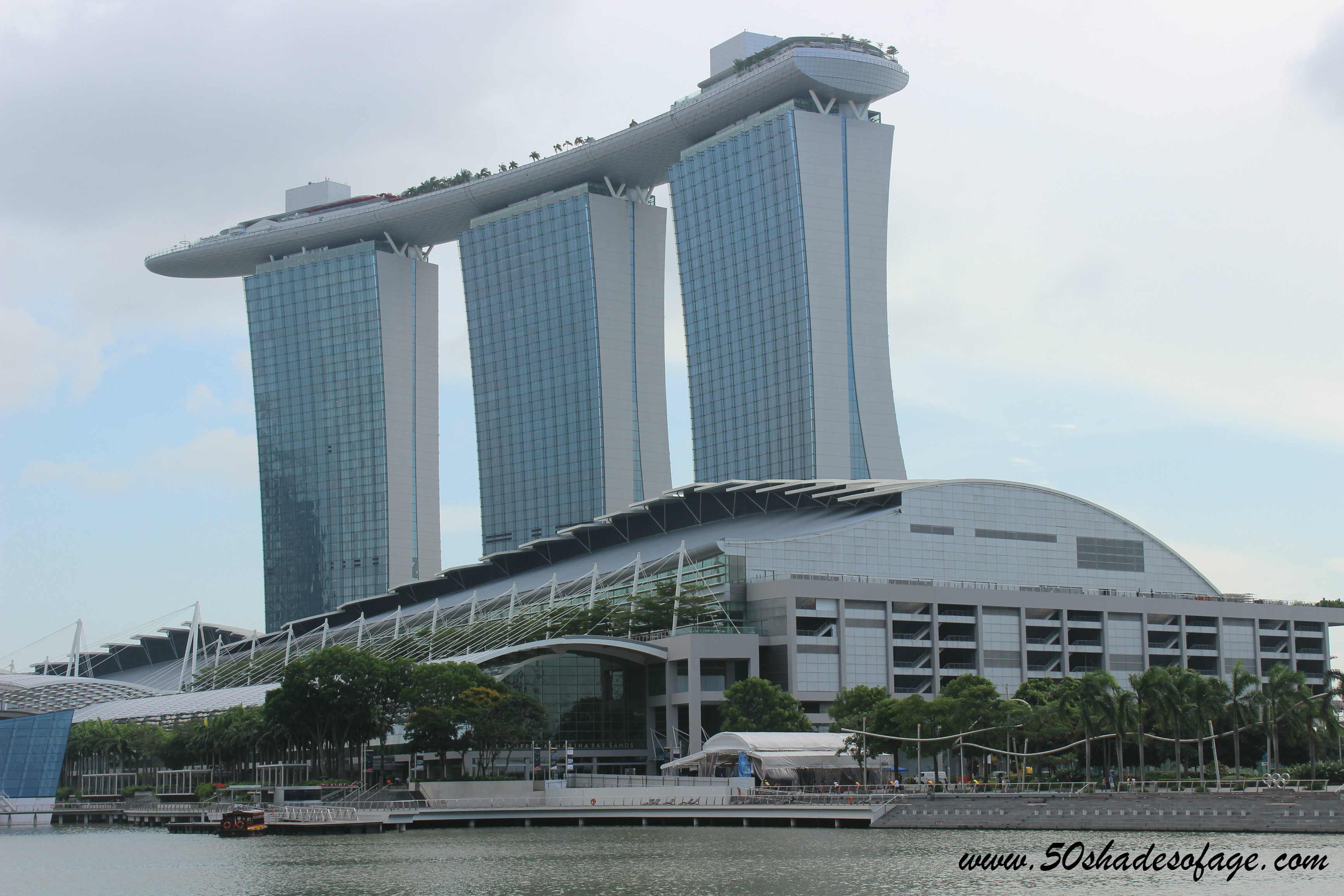 On our initial arrival into Singapore and check-in to our hotel, Holiday Inn Atrium, we set off on foot along the river to Clarke Quay for drinks and dinner at one of the waterfront restaurants/bars. We sat here and enjoyed watching the river boats go up and down the river and the spectacle of the beautiful lanterns that lit up the river by night. 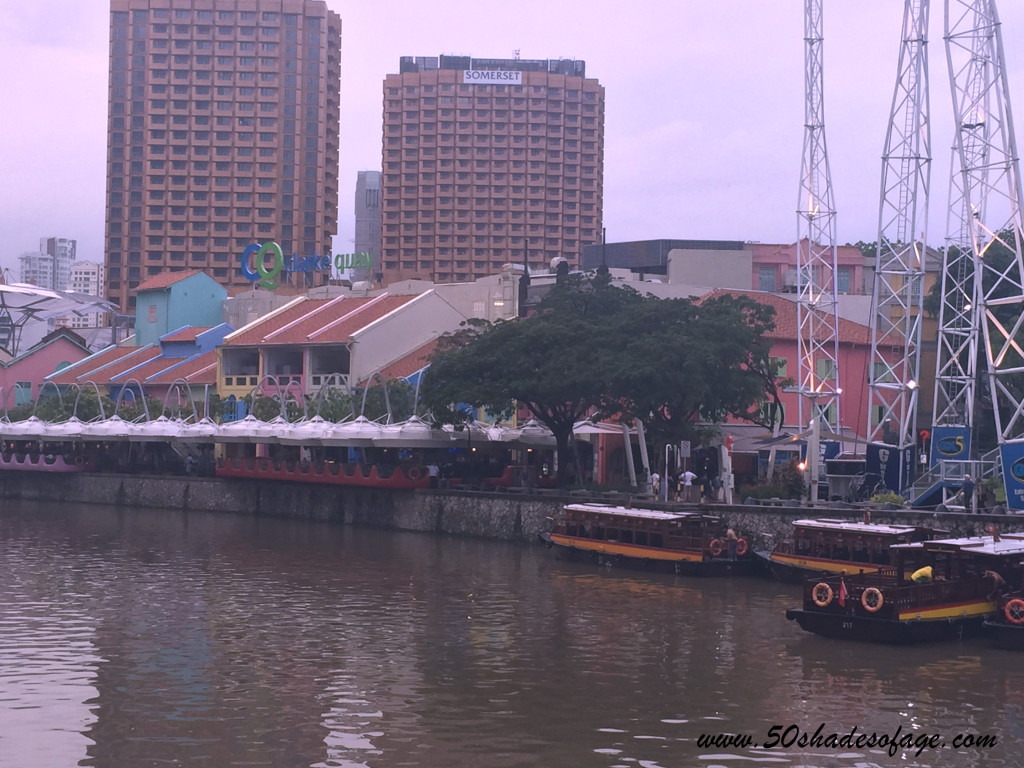 The next morning we set off sightseeing on foot and walked all the way along the riverside, past Robertson Quay, Clarke Quay, Asian Civilizations Museum, Raffles Landing Site to Cavenagh Bridge, the oldest bridge in Singapore. 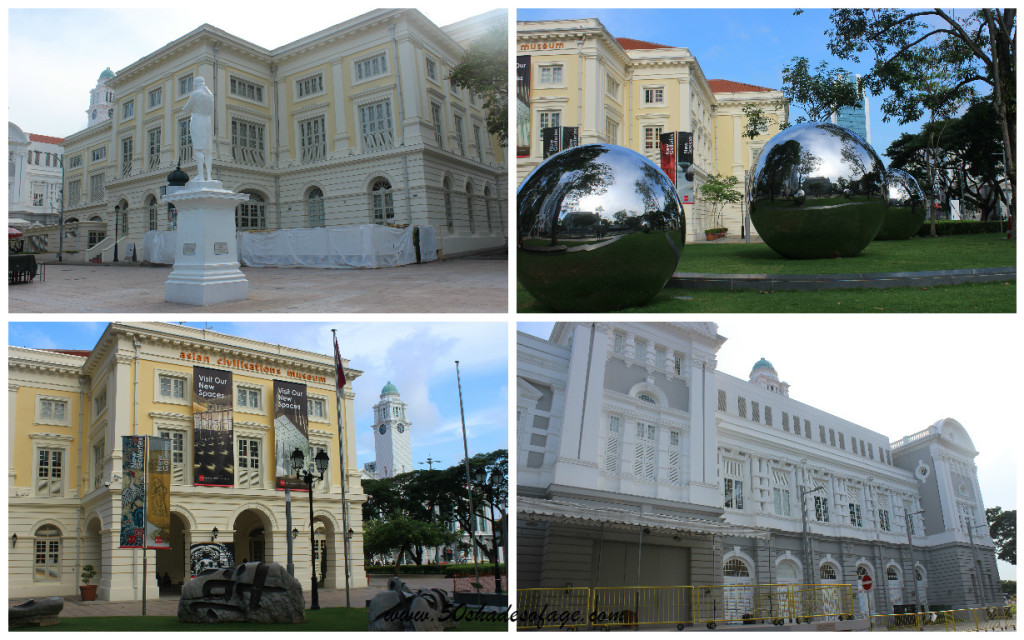 You can spend a bit of time around this area with other points of interest including the Fullerton Hotel, Victoria Theatre & Concert Hall, Parliament House, Supreme Court, City Hall and the beautiful gardens surrounding this area with large mirrored balls adorning the park. 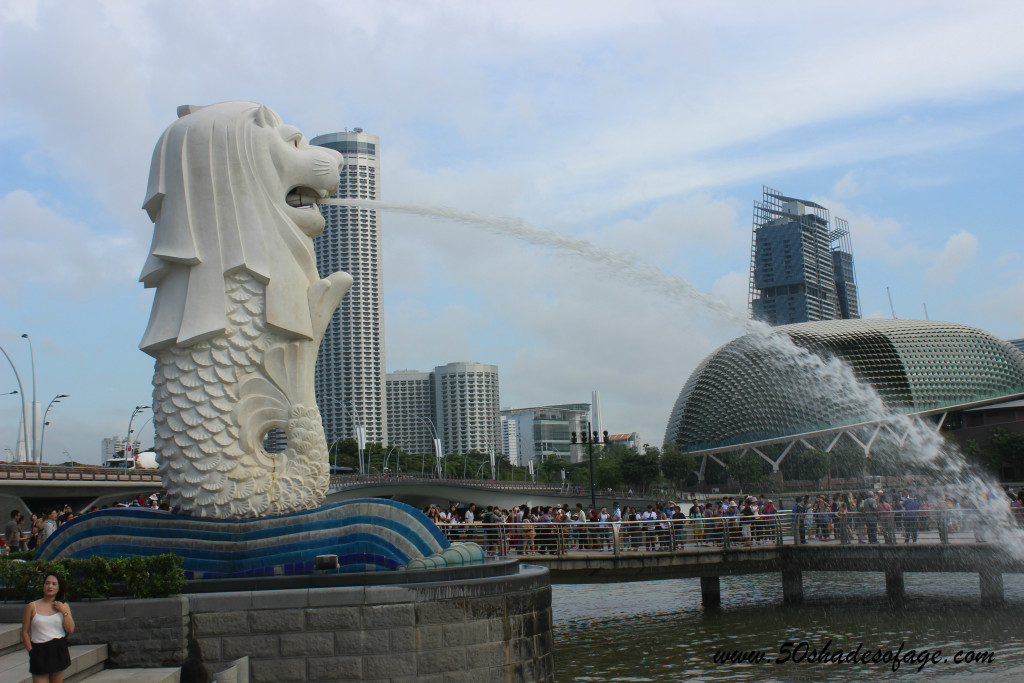 Eventually we wound up at the Marina Bay area where there are many things to take in such as the Merlion Park, The Fullerton Bay, Customs House, Marina Bay Sands, Art Science Museum and Esplanade Theatres on The Bay. 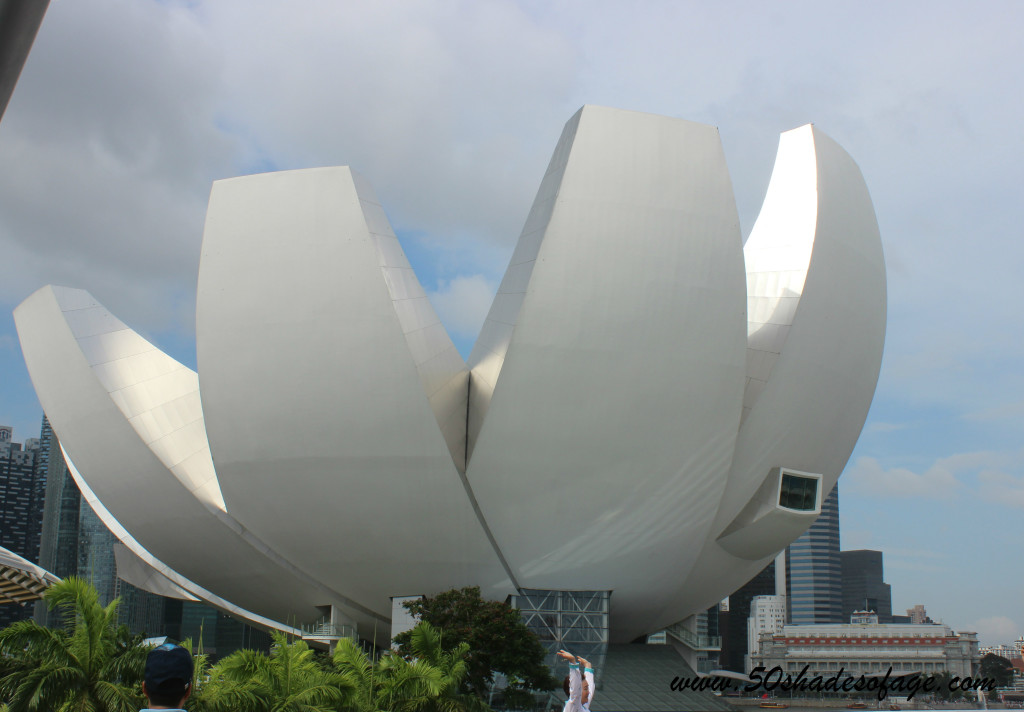 You can walk a circuit around this area popping into the very exclusive Shoppes at Marina Bay Sands for a browse, or into the Casino to try your luck on the tables or poker machines. 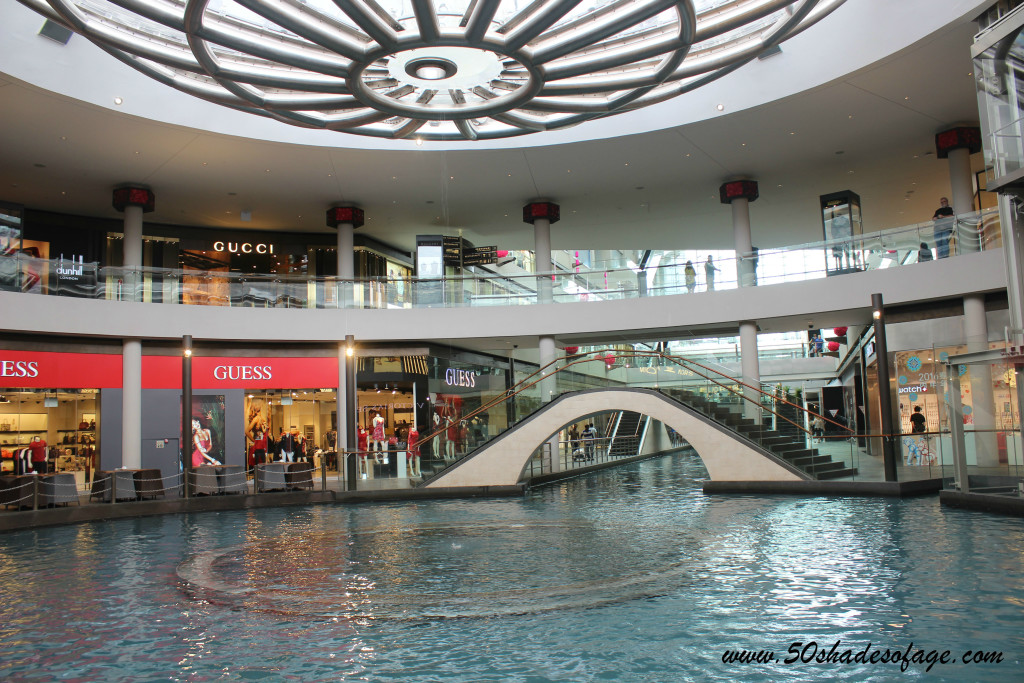 The Shoppes at Marina Bay Sands

Whilst we were here they were setting up for the Chinese New Year celebrations at Esplanade Theatres on The Bay. 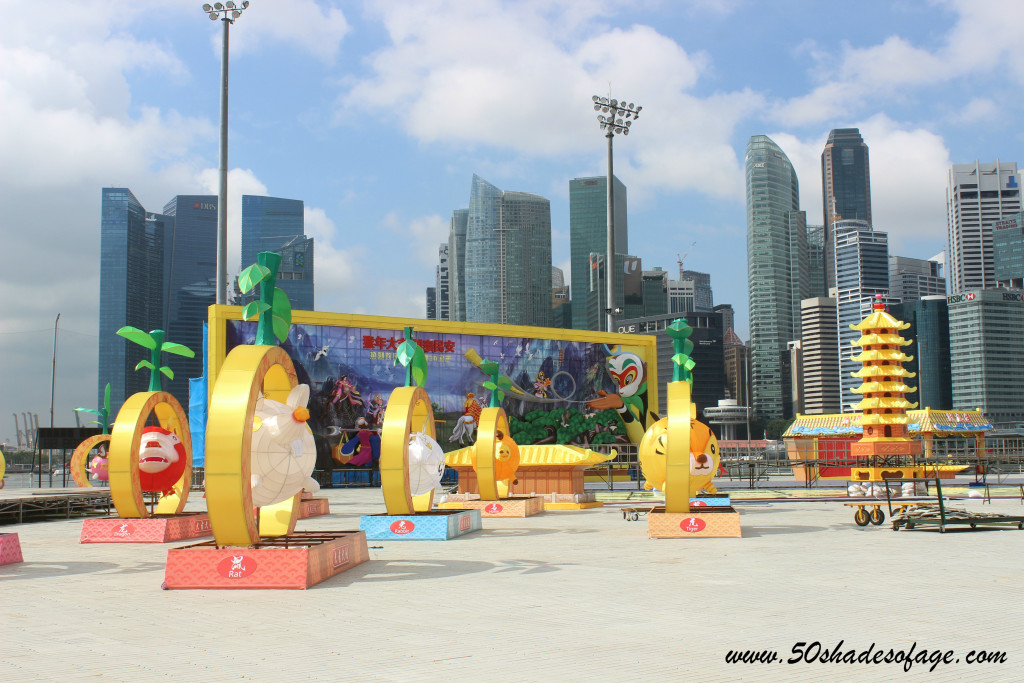 Esplanade Theatres on The Bay

There are these quirky large flowers adorning Merlion Park. 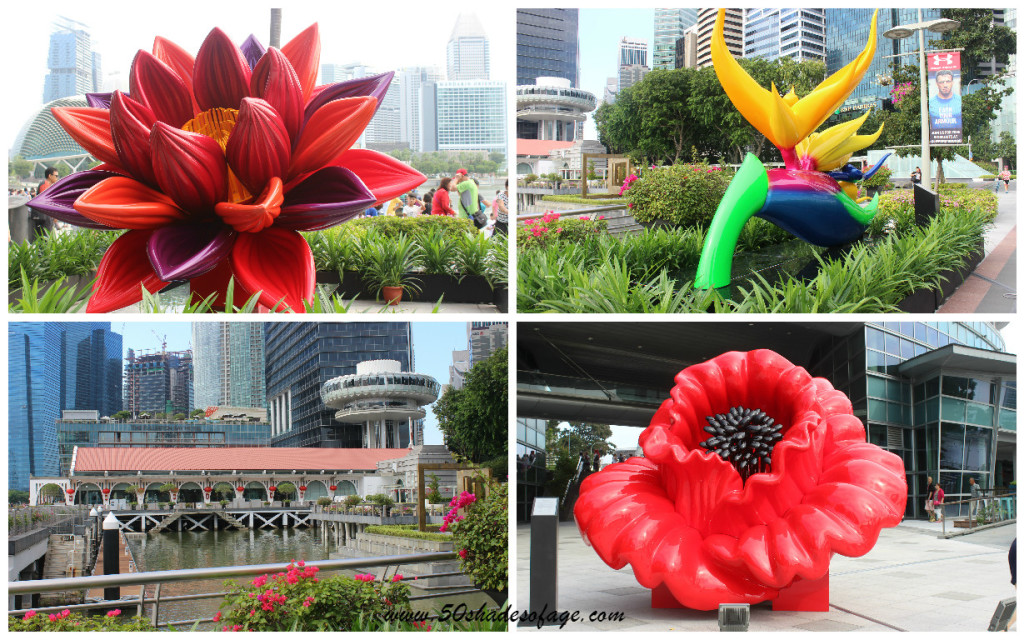 Gardens on The Bay

Gardens By The Bay are incredibly beautiful with so many species of plants and the very impressive supertree towers. You can walk up into the tree towers that are linked by walkways where you get a bird’s eye view of The Gardens and Marina Bay. 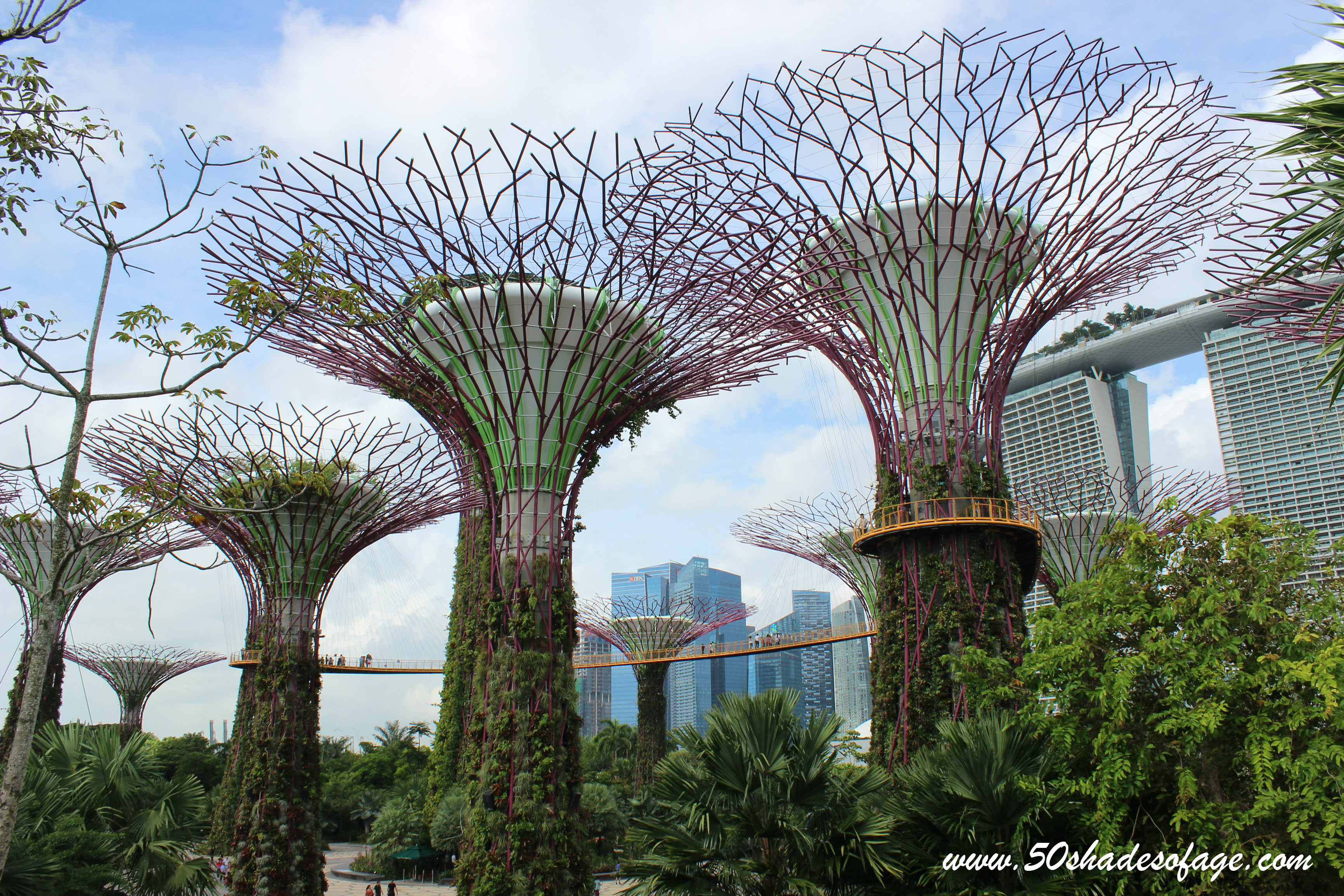 Gardens on The Bay in Singapore

These glorious gardens were certainly one of the highlights of our time in Singapore. Gardens On The Bay is a massive nature park spanning 101 hectares of reclaimed land in central Singapore and features three waterfront gardens. The magnificent futuristic supertrees dominate the gardens and of a night time come to life with a spectacular light and sound show. 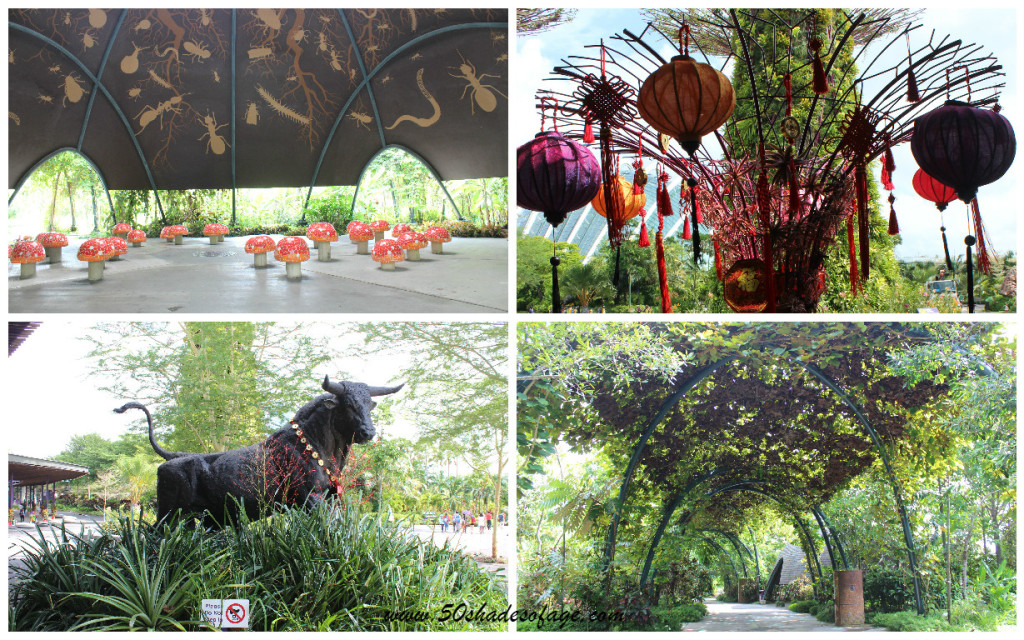 Gardens By The Bay

Of course a visit to Singapore would not be complete without a stroll through Chinatown that fortunately for us was decorated in preparation for Chinese New Year. It was a colourful spectacle for the Year of the Monkey. 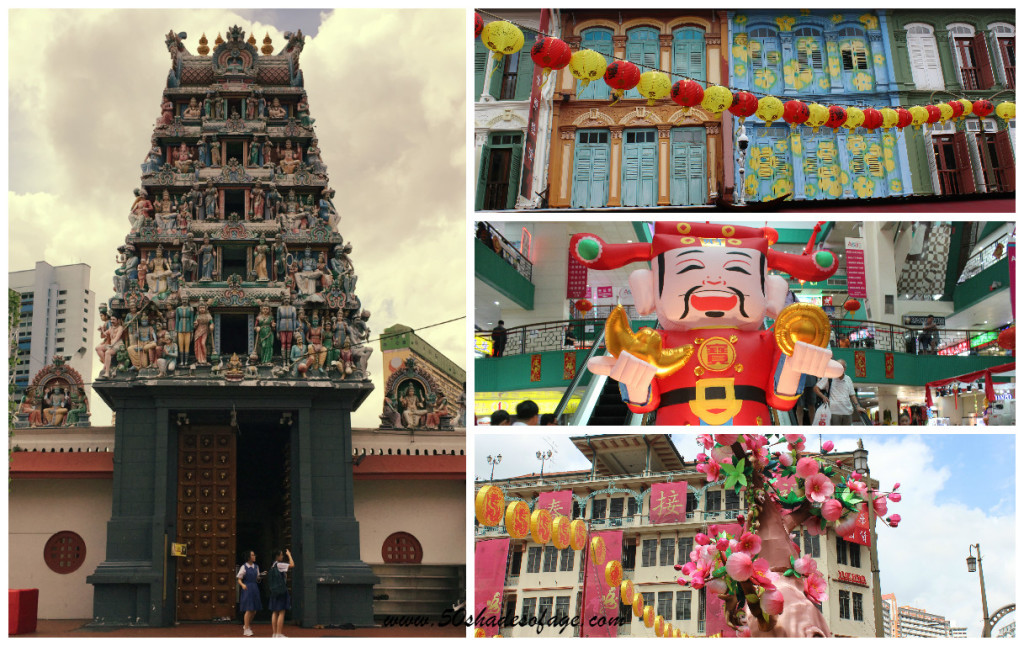 The Chinatown Markets are a must see. The streets are filled with stalls touting their wares – foodstuffs, clothes, pottery, plants and other household items in a brilliant burst of colours and lights. 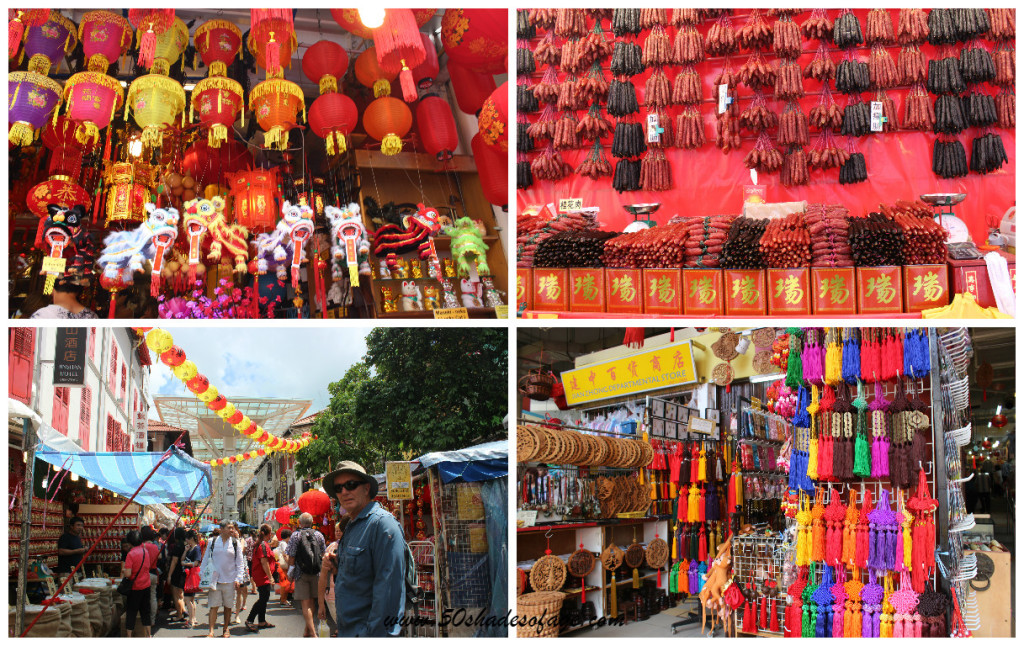 For priceless views of Sentosa Island, its golden beaches, beautiful greenery, fun parks and marinas, a cable car ride is the best way to go. The cable car is 890 metres in length, can accommodate six passengers and commences from Mount Faber Park. 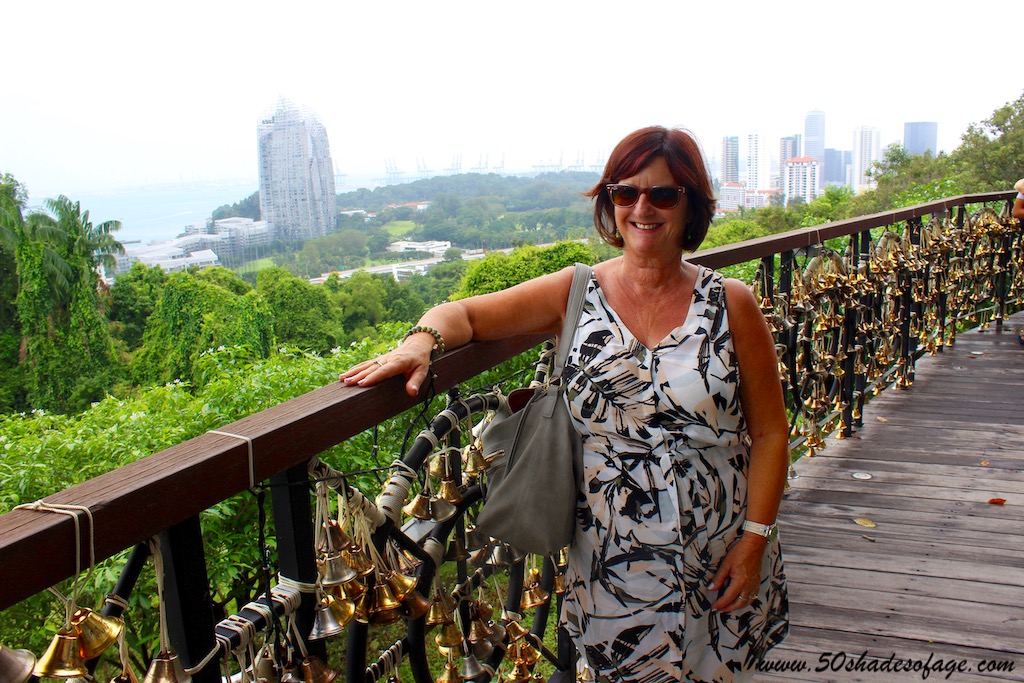 The cable car soars above at a height of 100 metres and gives you 360 degree panoramic views of Singapore, lush rainforest, the harbour and Sentosa Island. On our particular day it was a little cloudy and foggy so visibility was a little hazy. 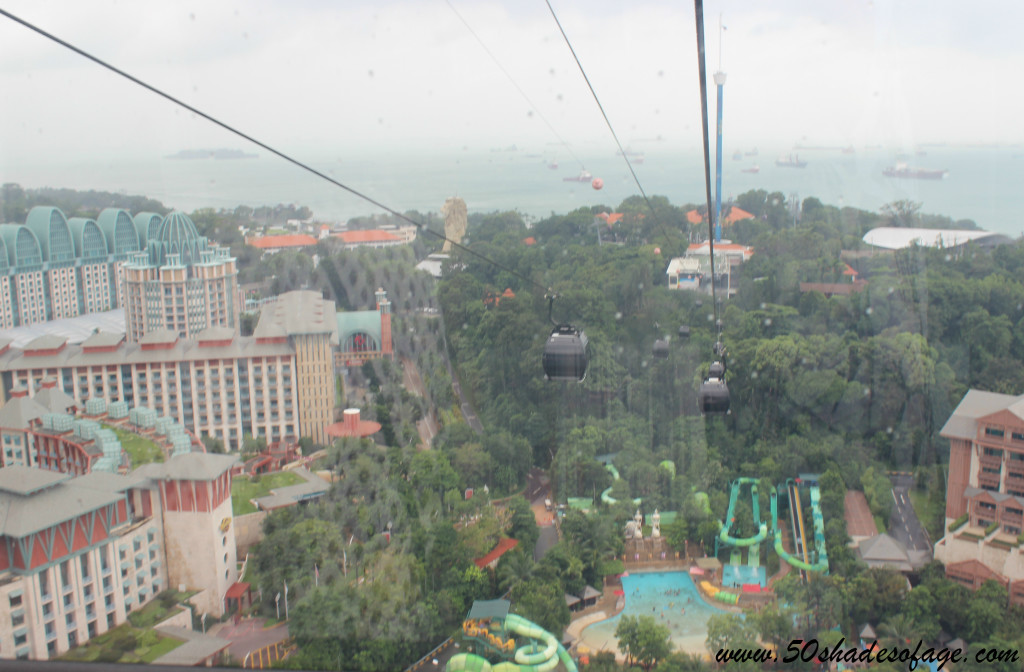 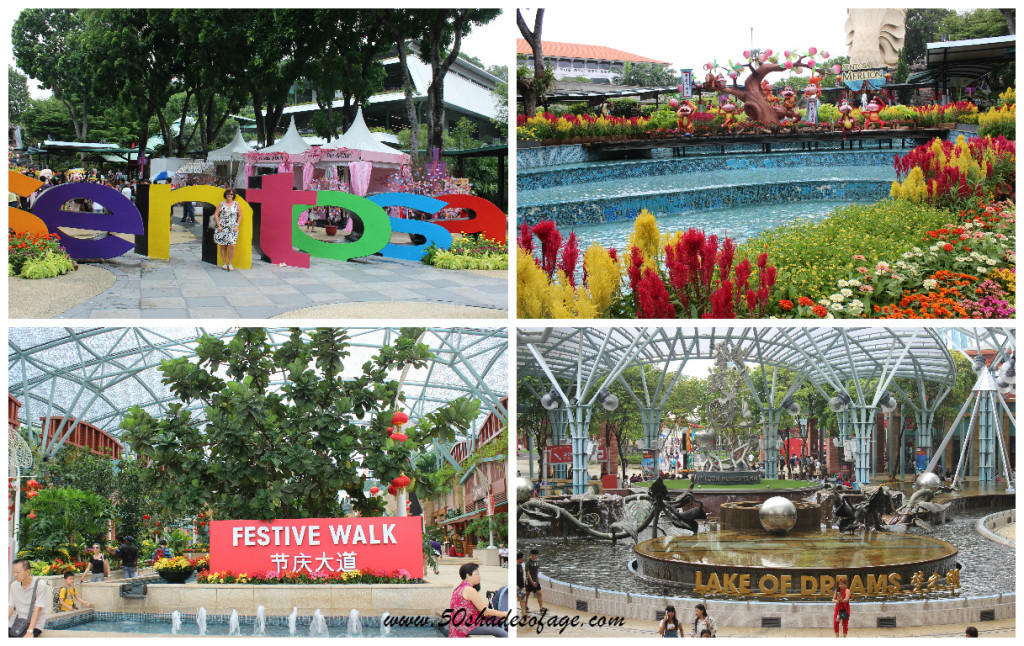 Siloso Beach lies on the west portion of the island and is known as the place for beach volleyball and other outdoor activities such as canoeing, skim-boarding, mountain biking and rollerblading. There are also dining and shopping outlets along the beach. 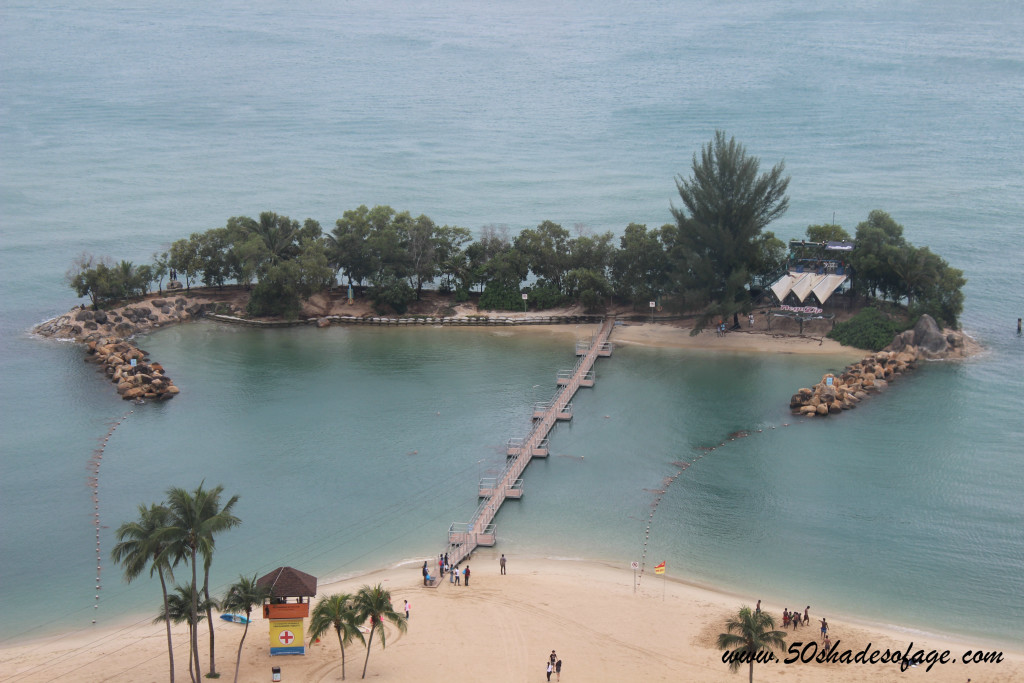 Three days in Singapore was full-on with plenty to do and see without doing some of the the more common activities like shopping in Orchard Road, sipping a Singapore Sling at the iconic Raffles Hotel or visiting the world famous Singapore Zoo. There is also plenty of places to eat and drink with some of the best tasting Asian food I have ever devoured. Singapore should be on everyone’s bucket list!

Spread the love
SingaporeSingapore CruiseSouth-East AsiaTravel Singapore
By 50 Shades, November 29, 2021 Kathy was a 50 something year old when she started up this blog 6 years ago, but has since turned over another decade and is now in her early 60s. She is married with two adult children and lives on the Tweed Coast of New South Wales, Australia. Kathy enjoys living life to the fullest and loves to keep fit and active by maintaining a healthy diet and exercising regularly. Some of her interests include reading, photography, travelling, cooking and blogging! Kathy works part-time as a freelance writer but her real passion is travelling and photographing brilliant destinations both within Australia and overseas and writing about it.