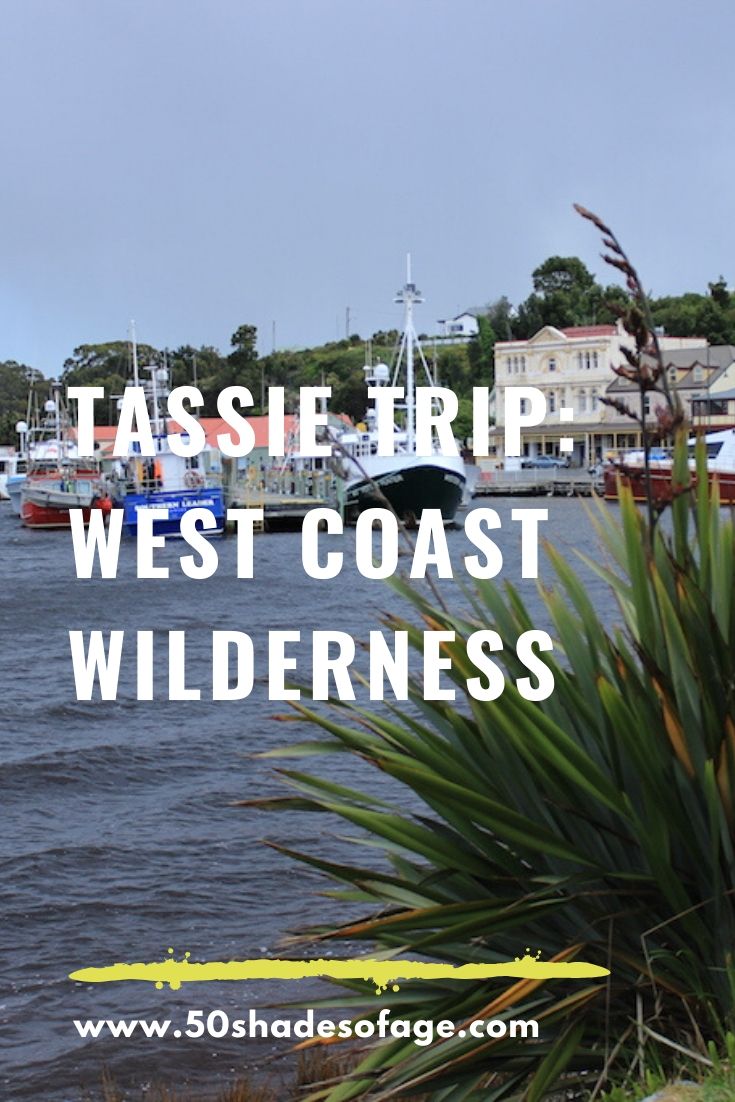 After we left the sensational north western Tasmanian coastal village of Stanley we headed south towards the western wilderness area of Tassie and the Cradle Mountain-Lake St Clair National Parks, Franklin-Gordon Rivers, mining areas of Zeehan and Queenstown and the West Coast town of Strahan. On our epic Tassie trip we were entering the West Coast wilderness and we had no idea what was in store for us. 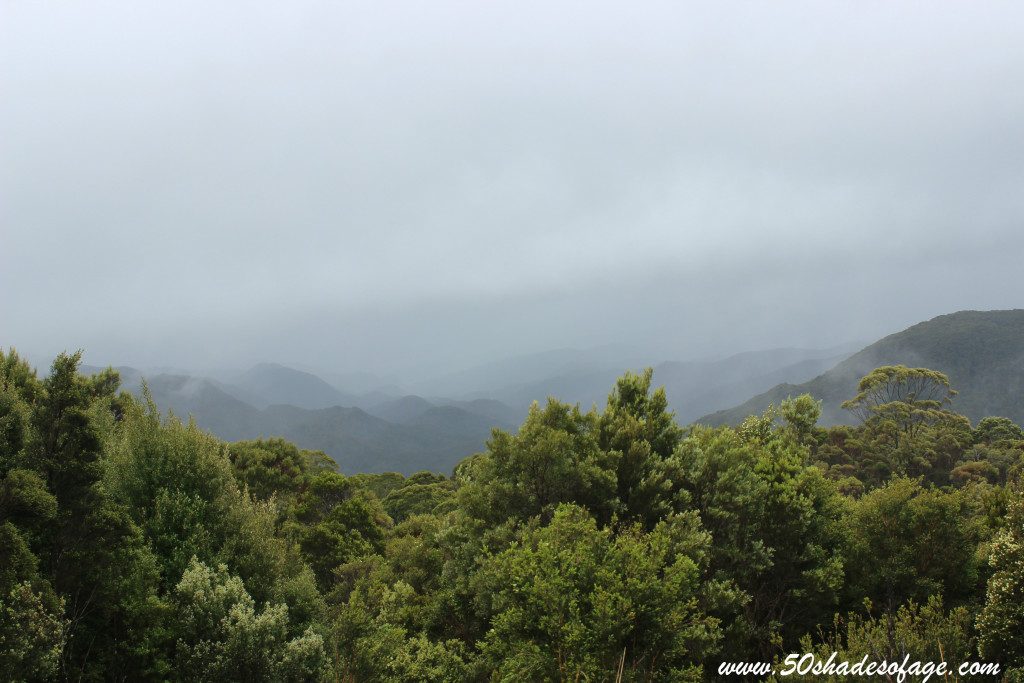 As we headed south-west on the Murchison Highway over the West Coast Range the weather took a dramatic turn for the worse and we experienced gale force winds and driving rain that turned into sleet the further south we ventured. It was so cold that it was almost unbearable to leave the warmth and comfort of our campervan! 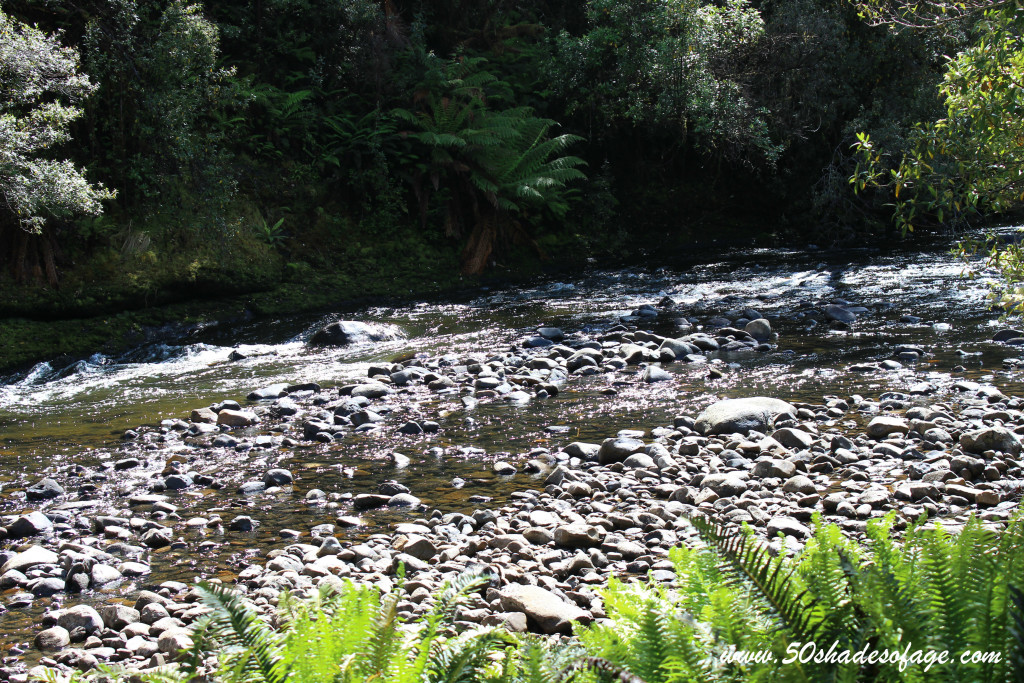 We stopped briefly at Hellyer Gorge on the Hellyer River and walked through the dense rainforest along the rapid flowing rocky-bottomed river. There are a number of sections of rapids on the Hellyer River that are suitable for kayaking and of course it is popular for bushwalking. But on this particular day I would not have recommended kayaking! 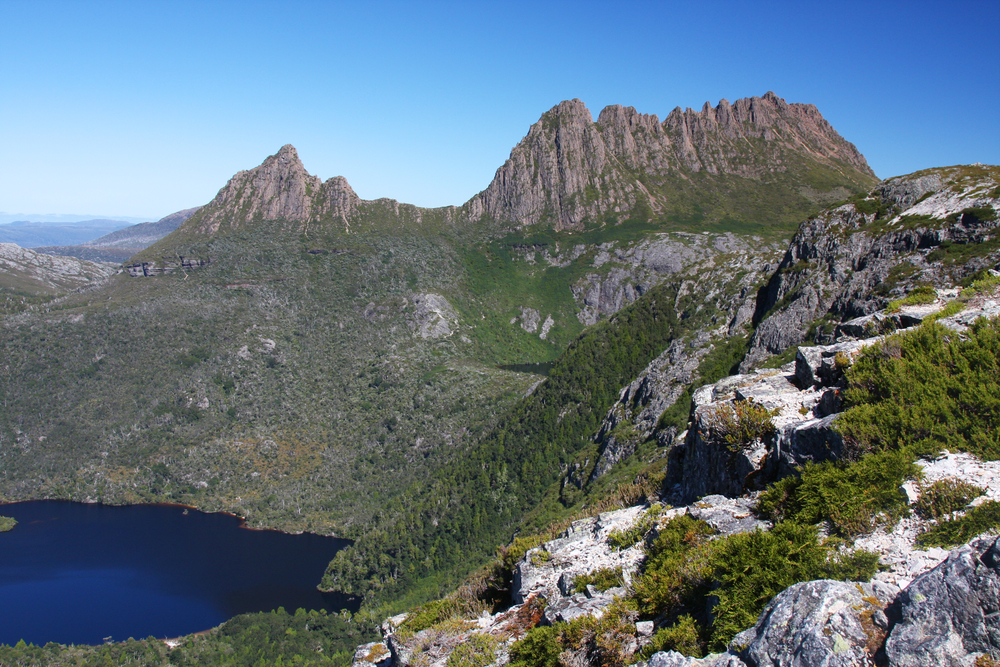 The weather forecasts informed us that there was snowfall at Cradle Mountain and throughout the highlands of this area. We had no choice but to amend our planned itinerary, so instead of taking the turnoff for Cradle Mountain National Park, we continued towards Strahan. 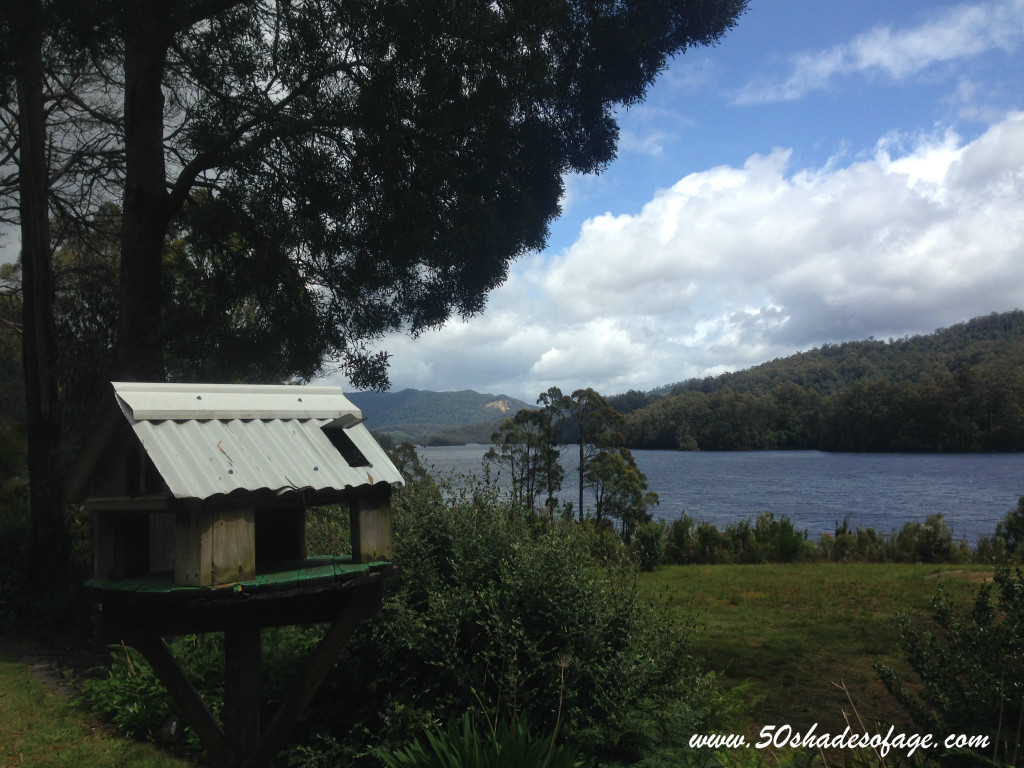 We wound our way through the Mount Murchison range, to Tullah and Rosebery. We stopped at Rosebery Lake at the Tullah Lakeside Lodge where we indulged ourselves in home-cooked warm scones, jam and cream and a steaming hot chocolate by the open fire at the lodge. We took in the gorgeous views over the lake whilst enjoying our indulgent morning tea. 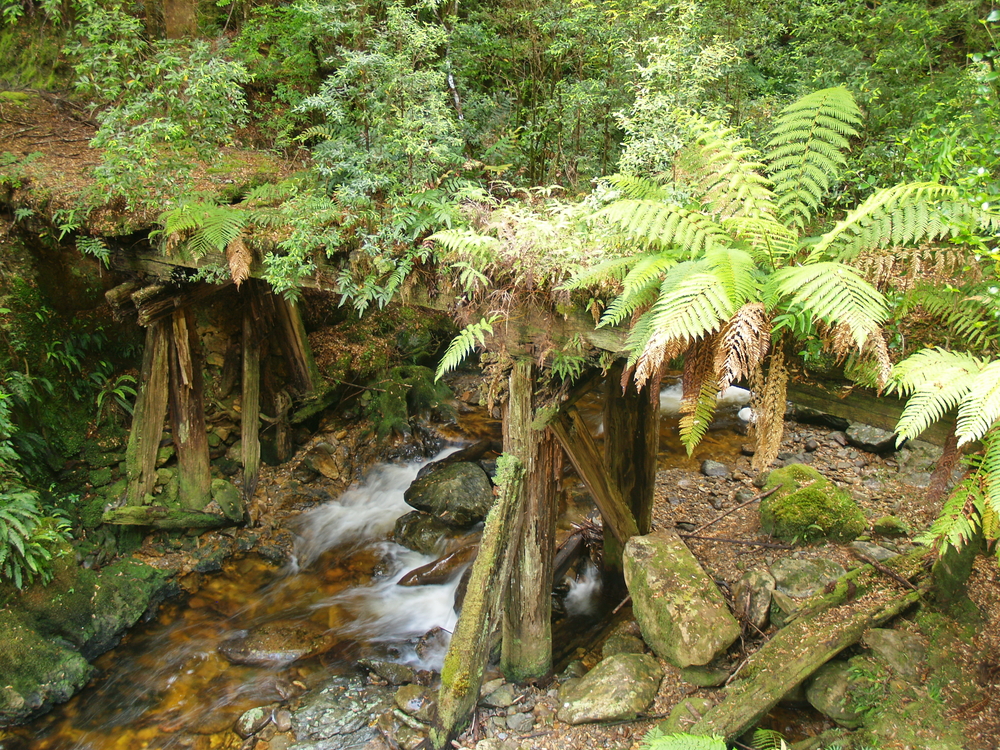 We turned off the main road to visit Montezuma Falls, the highest falls in Tasmania at 104 metres, that we heard were absolutely stunning, only to be turned around by a large tree that had fallen across the road. We were having no luck with the forces of nature on this particular day!

We eventually arrived at the once prosperous town Zeehan that was established in the late 1800s, after tin, silver and lead discoveries sparked the largest mining boom in the west. Nicknamed ‘Silver City’, it quickly grew into Tasmania’s third largest town and social hub for the entire West Coast region. Today the town attract geologists from around the world due to the unique geological structures of the region. I have to say that it was more like a Ghost Town on the day we visited. 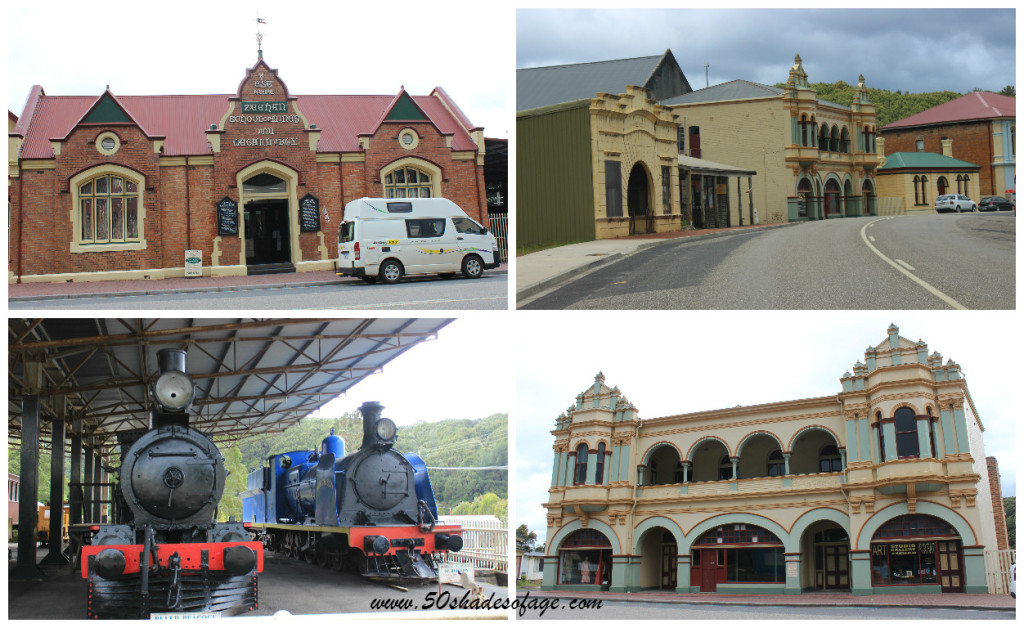 After leaving Zeehan, the weather still wasn’t very pleasant, so we headed to the harbour-side village of Strahan. With a dark and fascinating convict past, Strahan is set on the edge of the Tasmanian Wilderness World Heritage Area and is where we spent two glorious days exploring the region.

Strahan is an attractive village with lovely little shops and eateries lining the main street alongside a very picturesque harbour. It is also the destination – or departure point – for the West Coast Wilderness Railway that runs between Queenstown and Strahan.

Nestled on the shores of massive Macquarie Harbour, Strahan is the gateway to the World Heritage listed Franklin-Gordon Wild Rivers National Park. We decided to take a cruise out into the harbour to Hell’s Gates, the spectacular entrance to the harbour, and then continued down to the Gordon River enjoying the timber-rich forests lining the river banks. 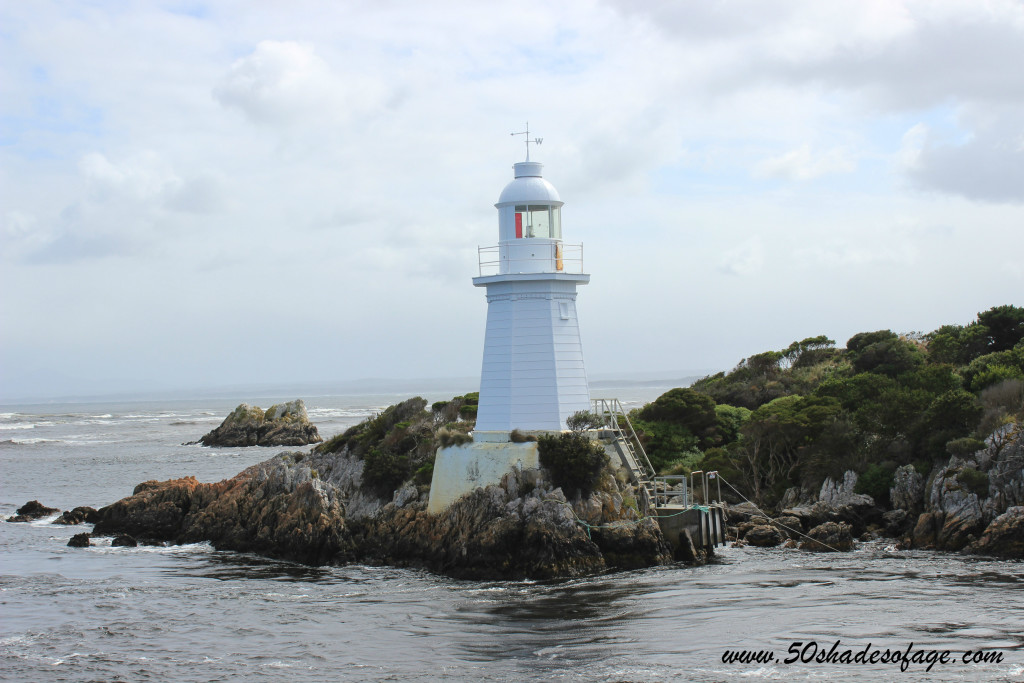 We saw many fish farms in the centre of the harbour that produce over 9,000 tonnes of fish consisting of Atlantic Salmon and Ocean Trout. We were told by our tour guide that a coal seam runs under the water and the shores contain some of the oldest plant fossils ever found. 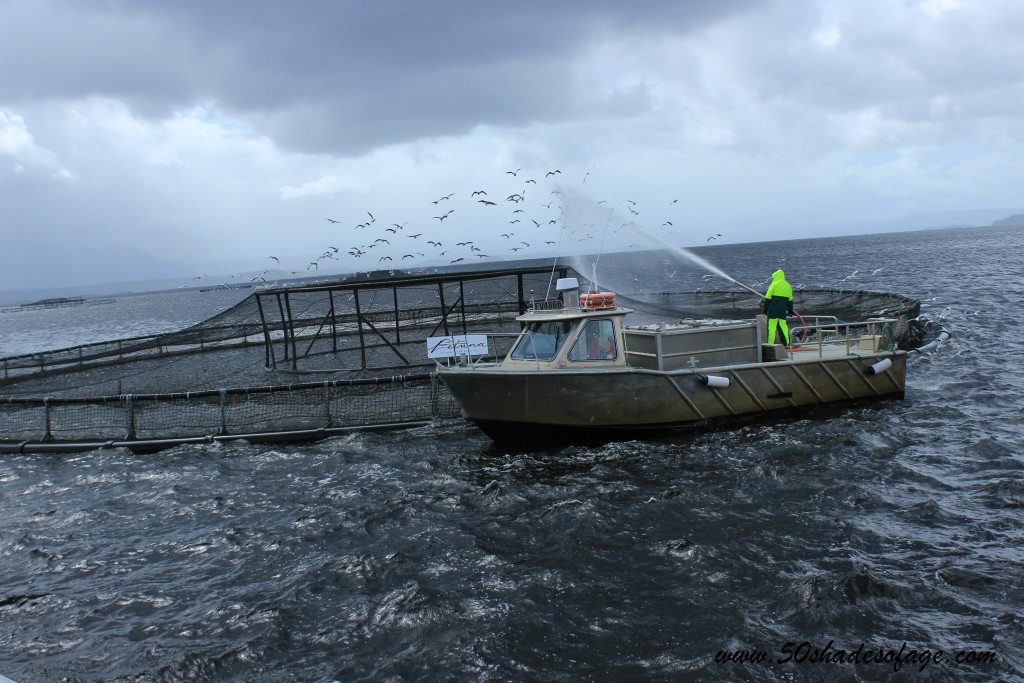 Further down the Gordon River we learnt about the Tasmanian timbers that were logged in wilderness. The most sought after timber was from the Huon Pine, that lives for thousands of years and is a magnificent tree valued for its water resistant qualities for shipbuilding. 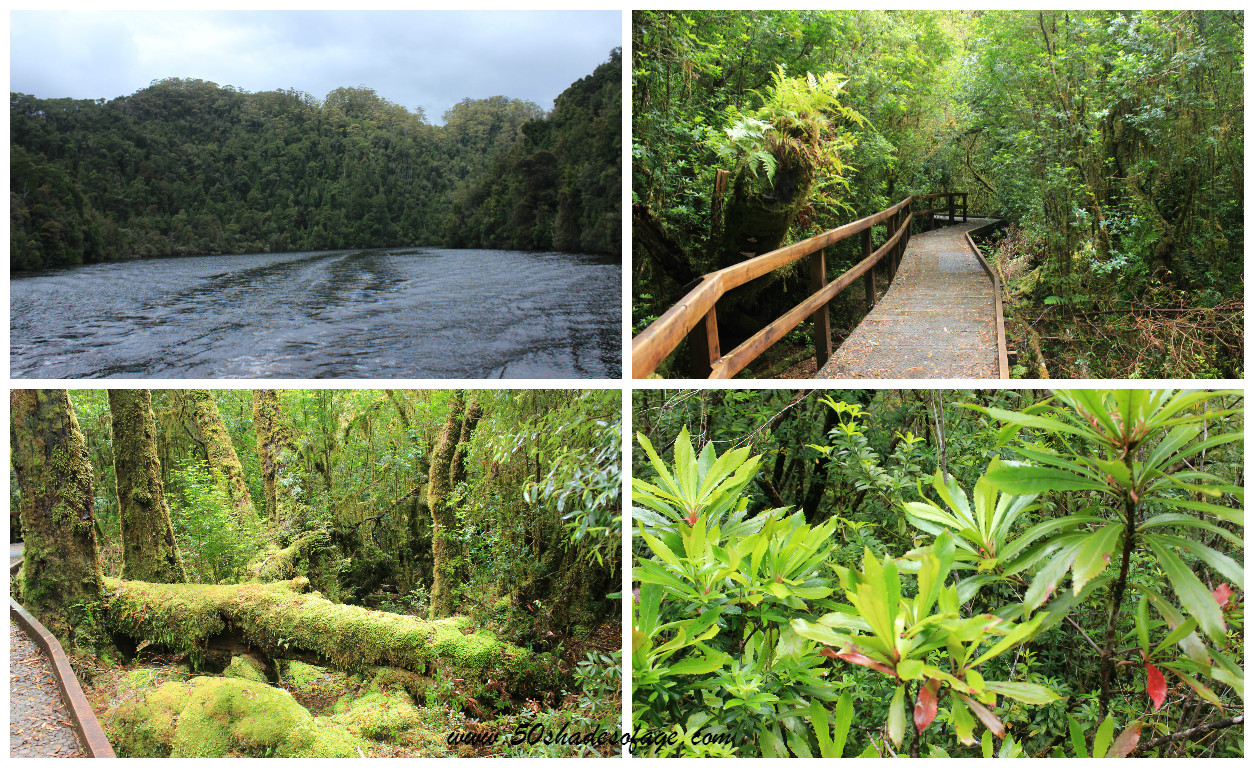 Eventually we arrived at Sarah Island, in Macquarie Harbour, that was once a notorious convict prison and is a powerful reminder of the brutal treatment of Tasmania’s convicts. From 1822 to 1833, Sarah Island was the home of a harsh convict settlement, with logging and boat building from the locally sought Huon Pine being the main trade. 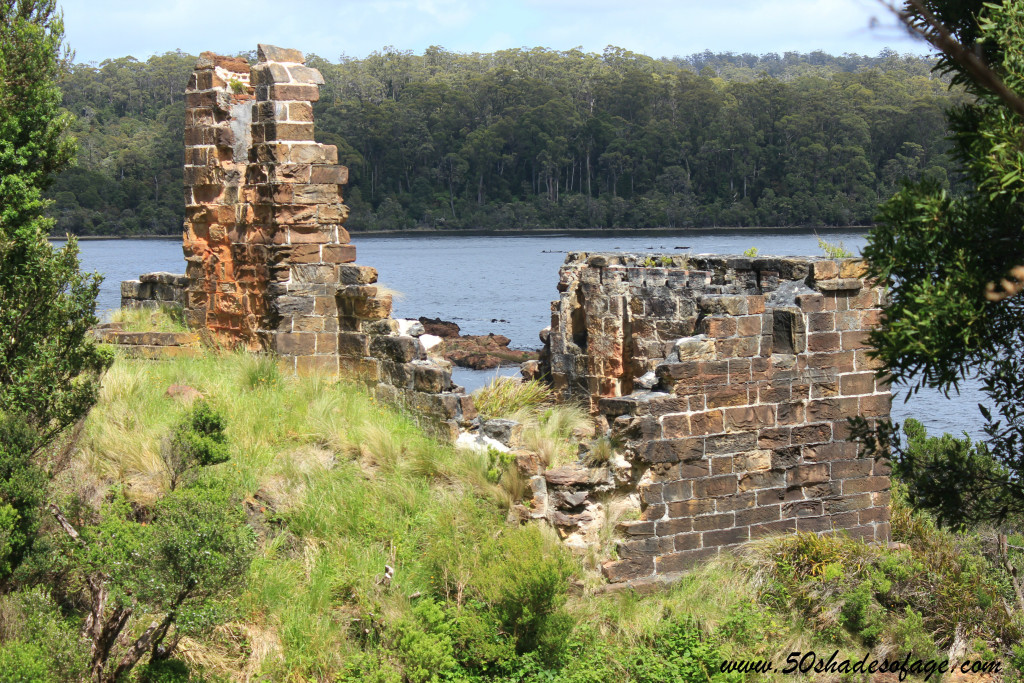 We took a guided tour of the island with a highly entertaining host who regaled grisly stories of the characters that were interred on this hellish convict settlement in the middle of the harbour. 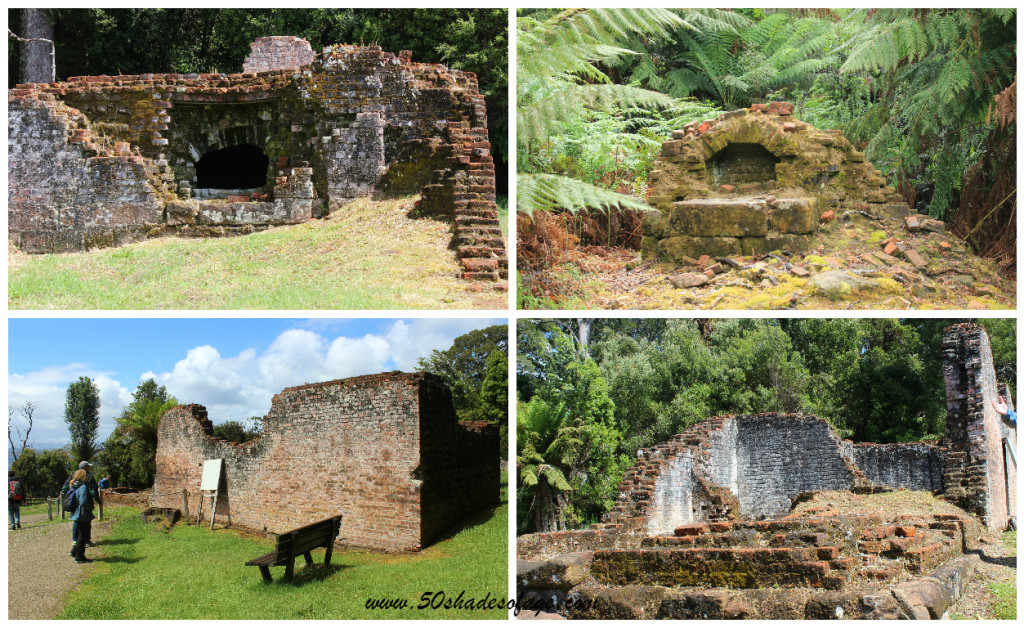 Once one of the world’s richest copper mining towns, Queenstown is only 40Kms from Strahan and is surrounded by Mount Sedgewick and Mount Owen. The township of Queenstown is located in the valley on the western slopes of Mount Owen and the surrounding area resembles a cratered moonscape. 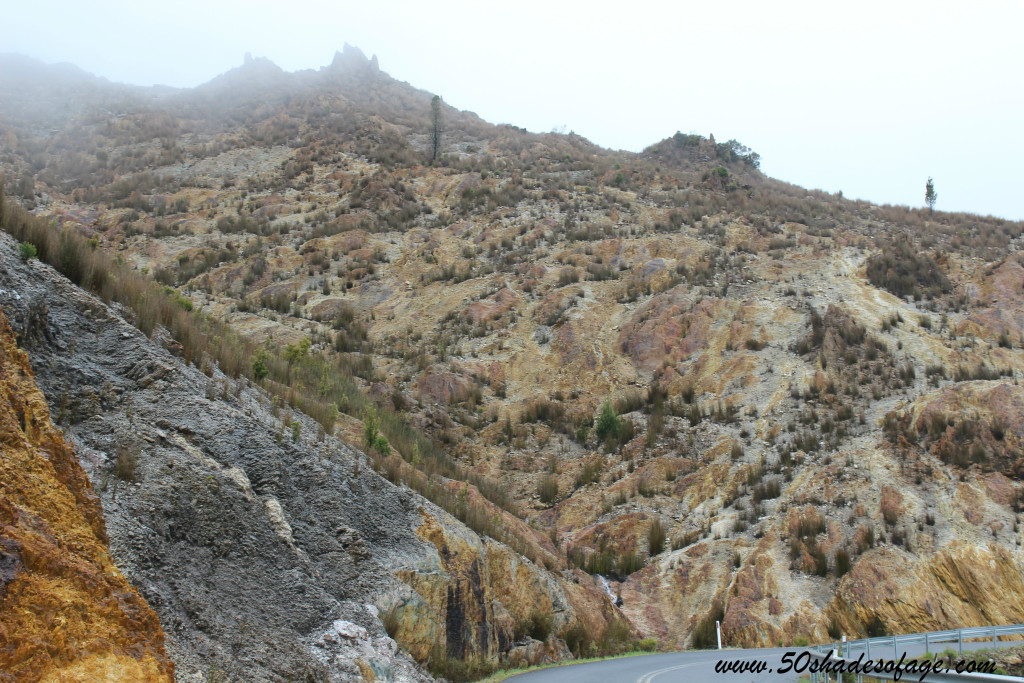 The denuded moonscape around Queenstown

The scenic drive into Queenstown down a spiralling road with over 90 bends is nothing short of jaw-dropping and a testament to the brutal reality of Tasmania’s mining past. You can stop at the copper Queenstown sign and memorial plaque at the entrance into the town and get fabulous views of the township below. 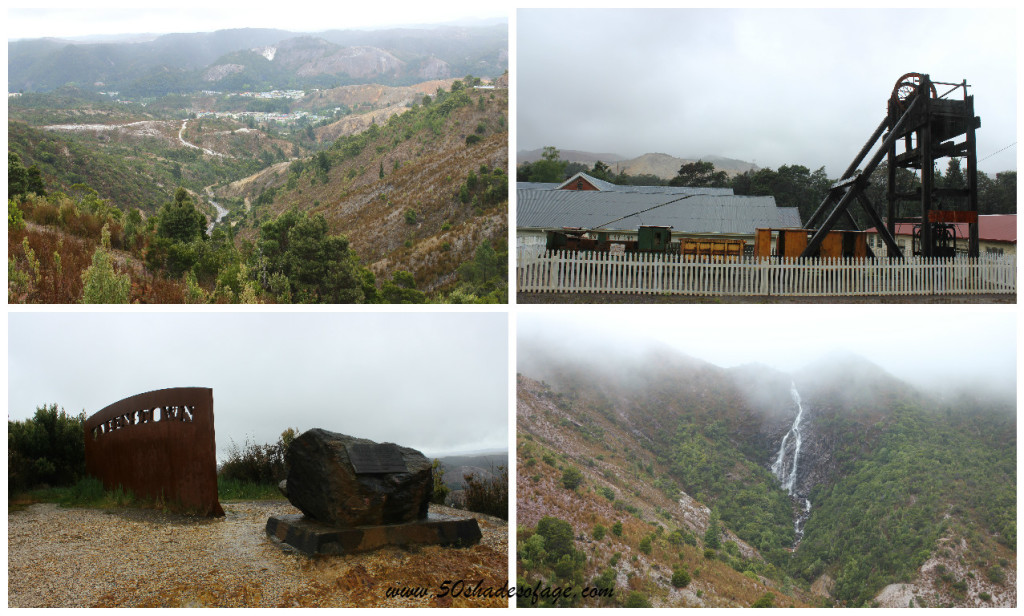 A 20 minute drive out of Queenstown, is Lake Burbury where you can take in the sights or fish for trout. This is a popular place for camping. We stopped here briefly to take this photo and then made our way eastwards towards Derwent Bridge. 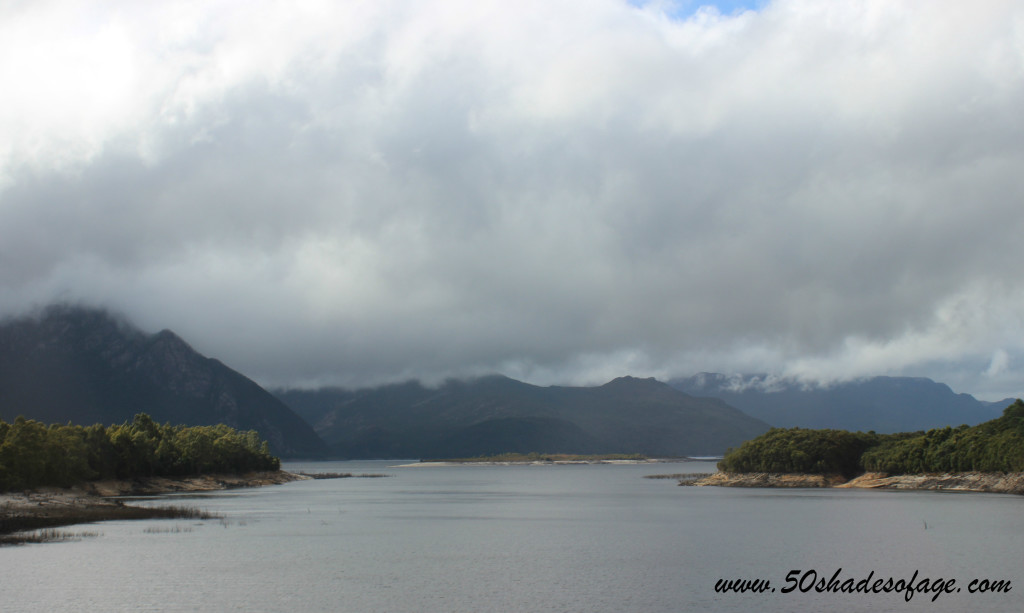 After a wonderful couple of days exploring the West Coast we traversed the island across the mountainous Franklin-Gordon Wild Rivers National Park to Derwent Bridge. It goes without saying that this was a challenging but scenic drive with small amounts of snow on the roadside in places. The wild wild west of Tasmania is unlike anywhere else in Australia – it’s rugged beauty, mining and convict history and lush rainforests were all-encompassing.

Spread the love
StrahanTasmaniaTasmania WildernessTassieWest Coast Tasmania
By 50 Shades, January 22, 2020 Kathy was a 50 something year old when she started up this blog 6 years ago, but has since turned over another decade and is now in her early 60s. She is married with two adult children and lives on the Tweed Coast of New South Wales, Australia. Kathy enjoys living life to the fullest and loves to keep fit and active by maintaining a healthy diet and exercising regularly. Some of her interests include reading, photography, travelling, cooking and blogging! Kathy works part-time as a freelance writer but her real passion is travelling and photographing brilliant destinations both within Australia and overseas and writing about it.