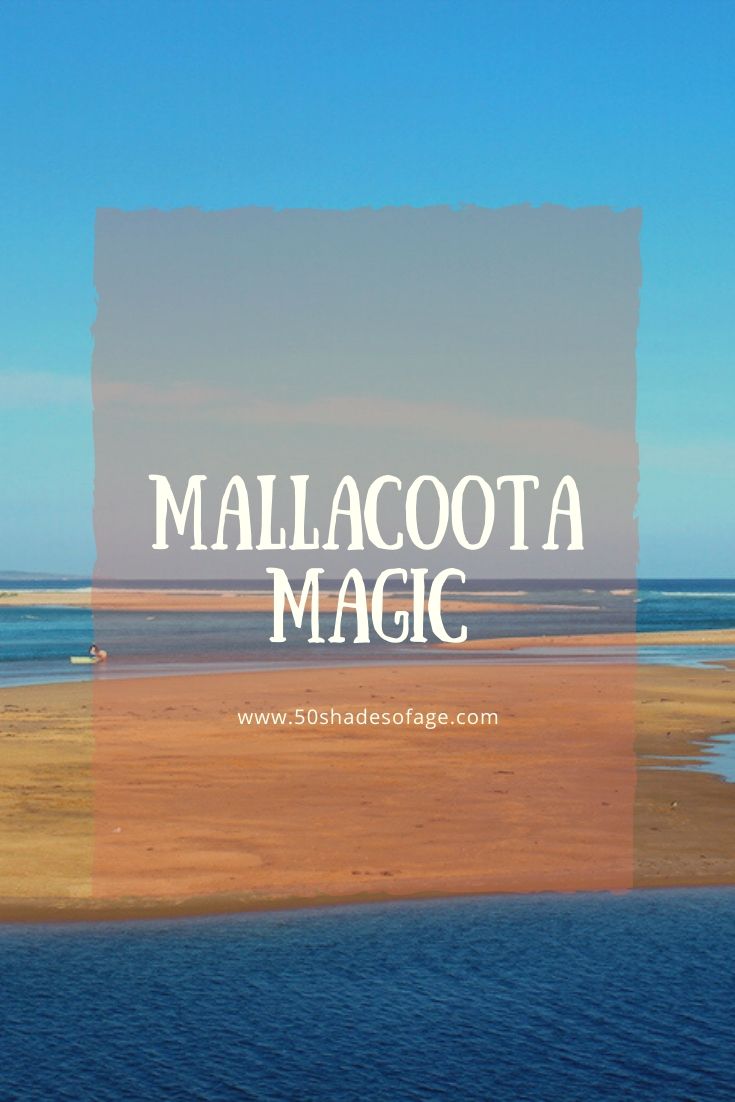 After spending some time on the South Coast of New South Wales, we drove across the border into Victoria and the small coastal village of Mallacoota. Although this town is somewhat isolated being 23 kilometres off the highway, it’s well worth the drive. This unique patch of paradise on the far south eastern coast of Victoria in Australia boasts a myriad of natural attractions. With hinterland, bush, lakes, rivers and coast and a laid-back style where you can fish, swim, boat or ski.

Mallacoota is the hub of Croajingolong National Park, an extensive wilderness area stretching over 100 kilometres of rugged and unspoilt coastline. It offers a rare glimpse of wilderness, wildlife and adventure and is ideal for camping, bushwalking or day trips. 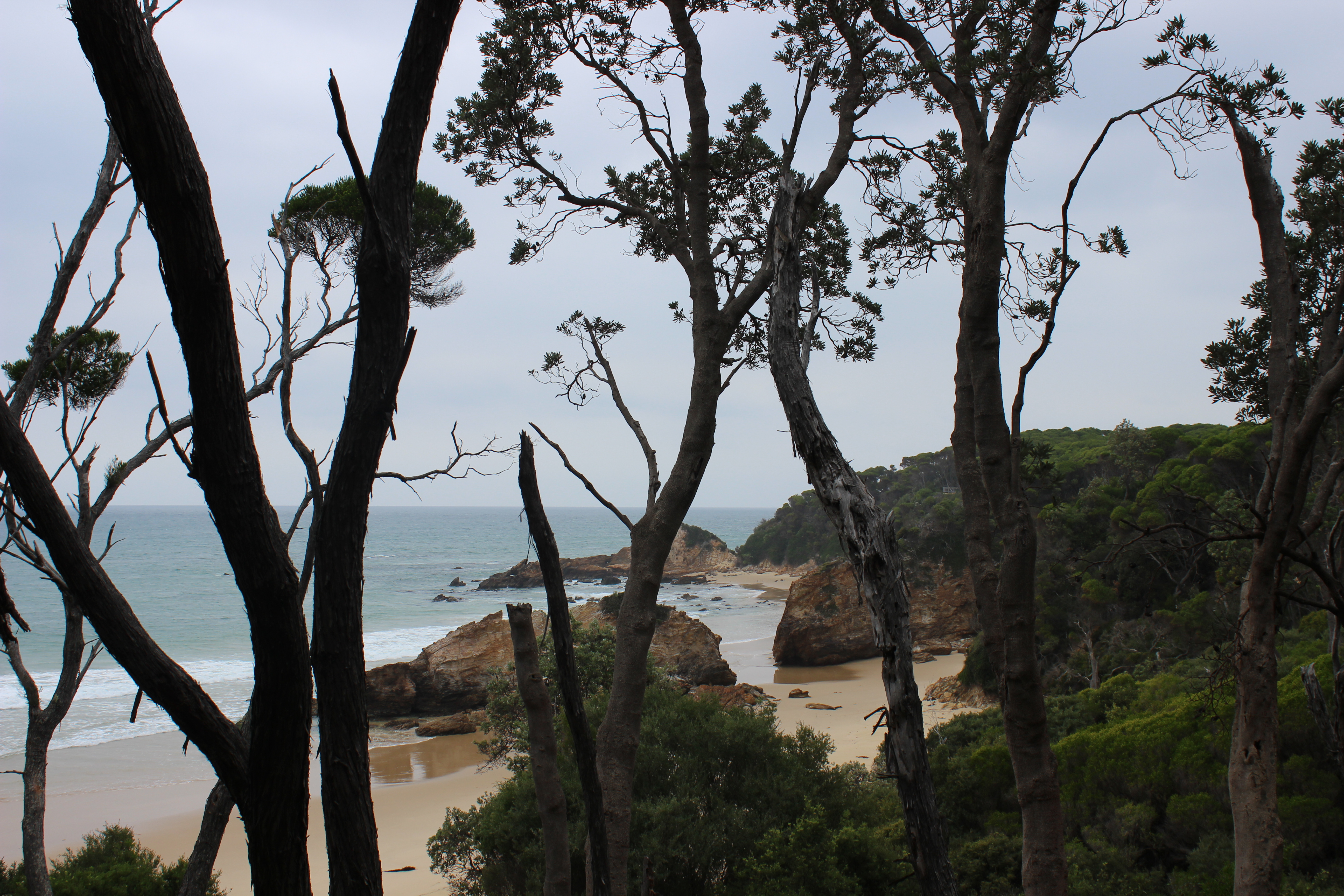 The forest meets the coastline in Mallacoota

Croajingolong National Park surrounds Mallacoota Inlet that consists of two large lakes, forming the estuary of the Genoa and Wallagaraugh Rivers. The Inlets’ lakes have approximately 320 kilometres of shoreline that offers unique opportunities for canoeists, kayakers and motor boaters to see a wide range of wildlife in their natural habitat. 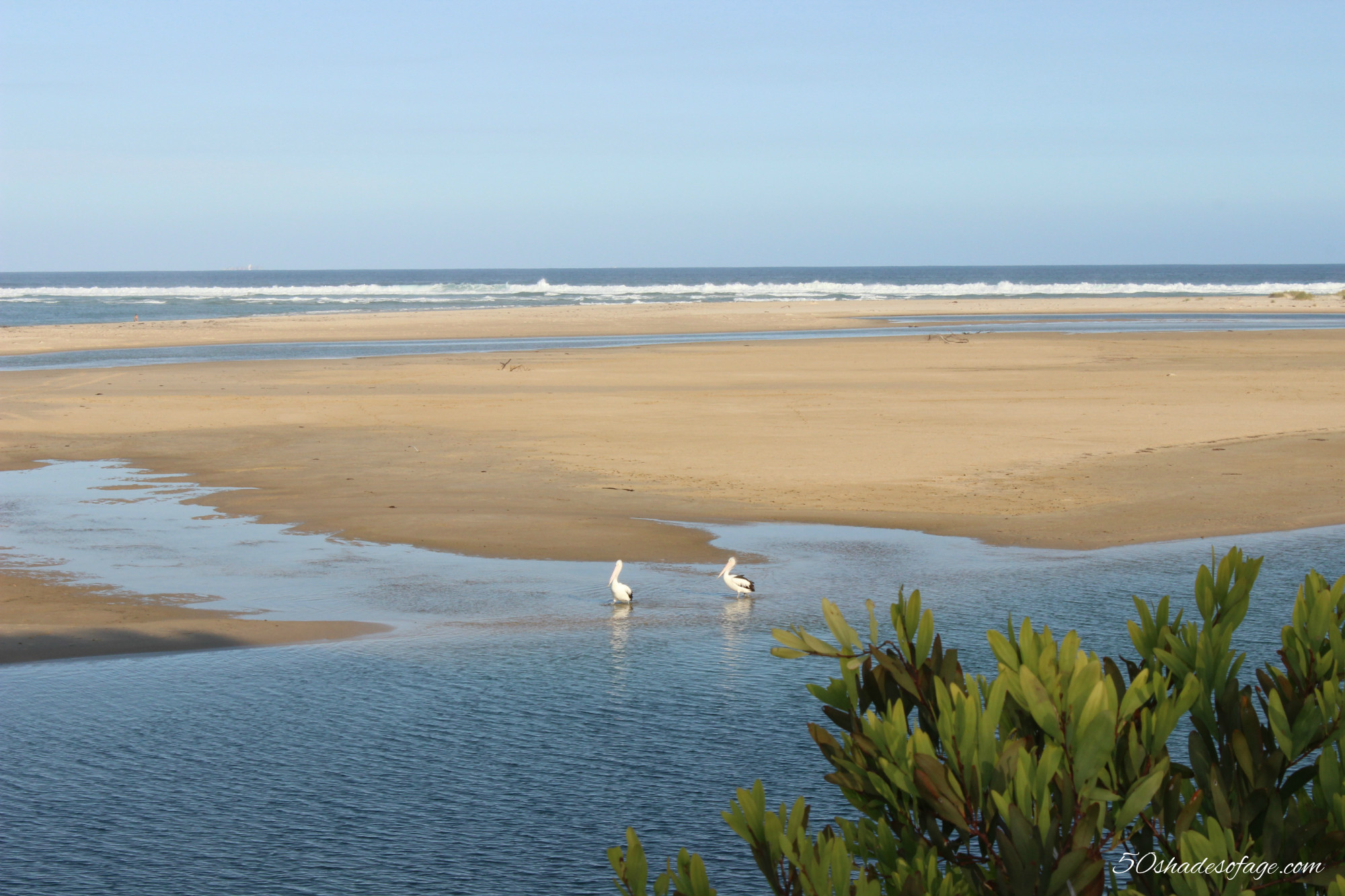 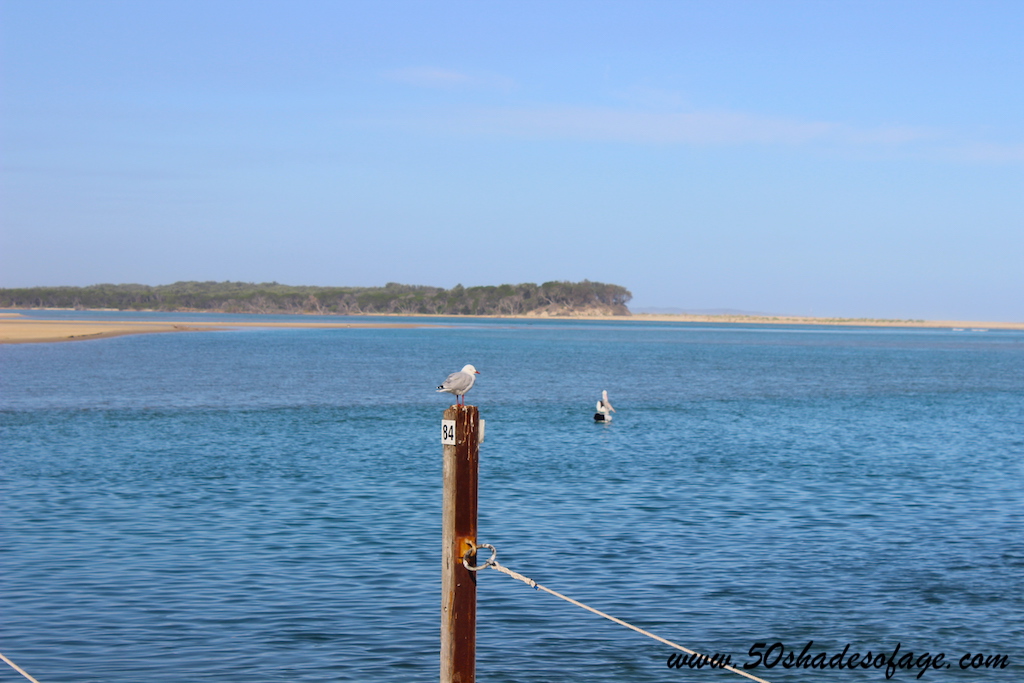 We discovered there are many beautiful, pristine beaches with spectacular vantage points that you can walk, cycle or drive to in close proximity to Mallacoota. 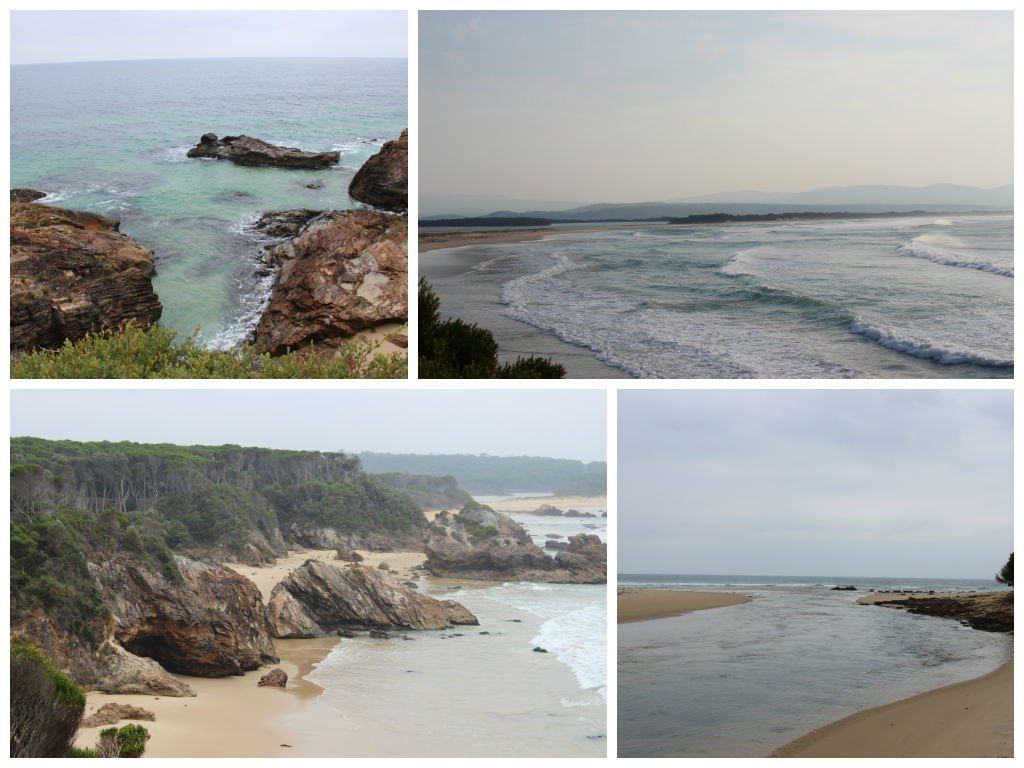 At Betka Beach, where the Betka River enters the ocean, you can enjoy a swim or a picnic in the adjoining park. Whilst Quarry Beach boasts pleasant seascapes of folded and faulted colourful rock strata. But my favourite was Secret Beach with its sea cave at the northern end of the beach, that you can enter at low tide. 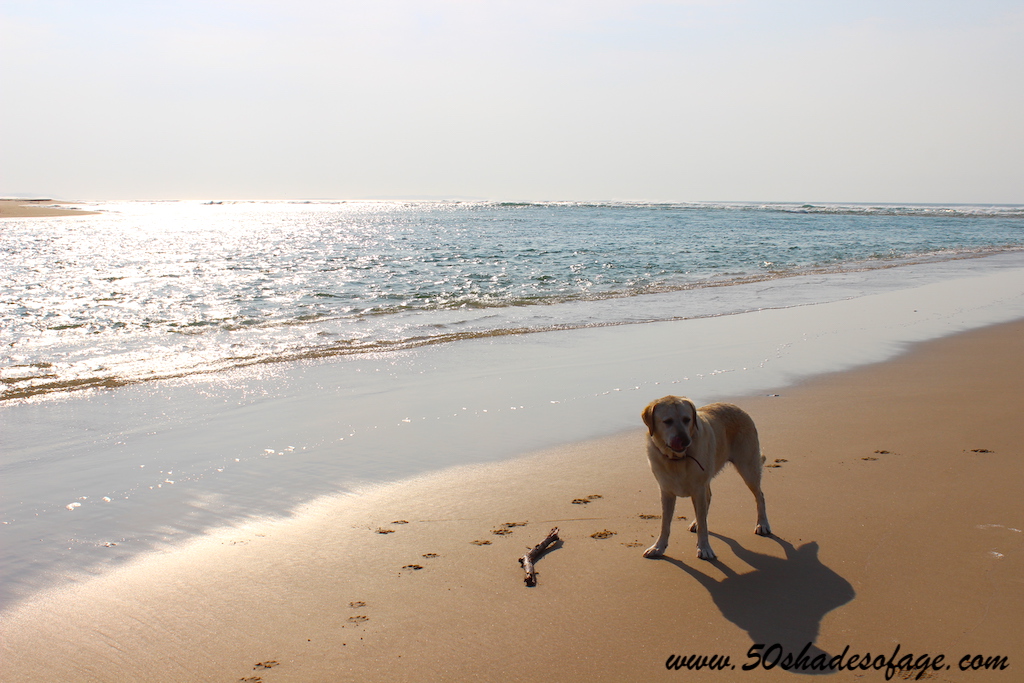 The beautiful long stretch of beach at Mallacoota

Things To Do in Mallacoota

We spent a few days exploring the area on foot on the extensive walking tracks in and around Mallacoota, including some spectacular beach and coastal paths, and some great nature walks through the rainforests. 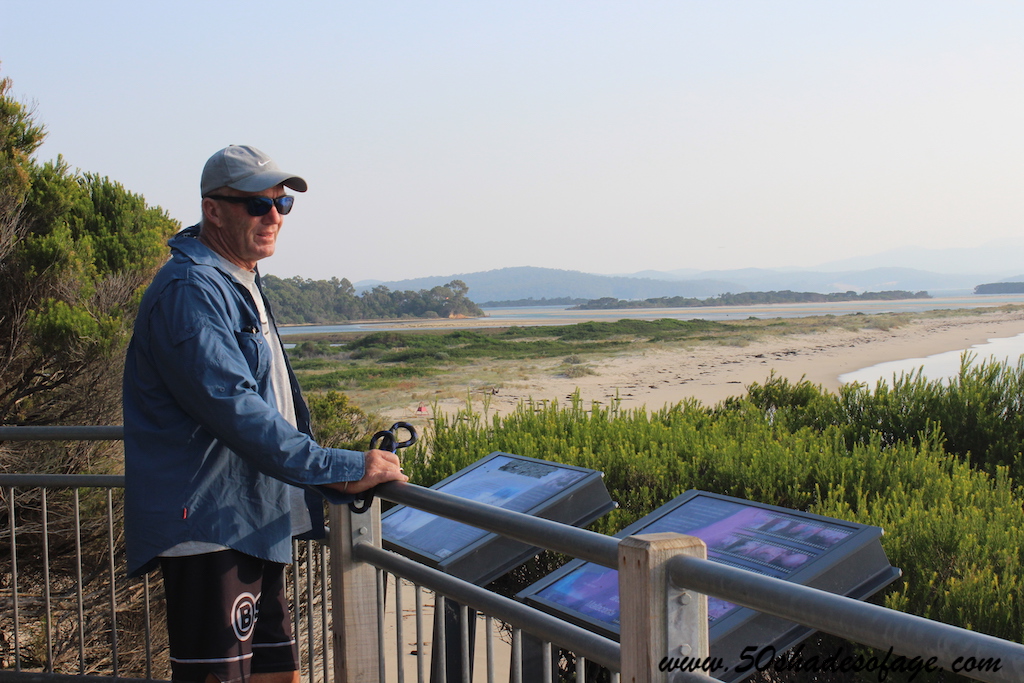 One of the lookouts over the beach in Mallacoota

Each afternoon at beer o’clock we would take our esky and snacks to sit atop Captain Stevenson’s Point and The Entrance Viewing Deck. From here we were rewarded with perfect views of the islands of the bottom lake and the sand dunes separating the lake system from the Tasman Sea. 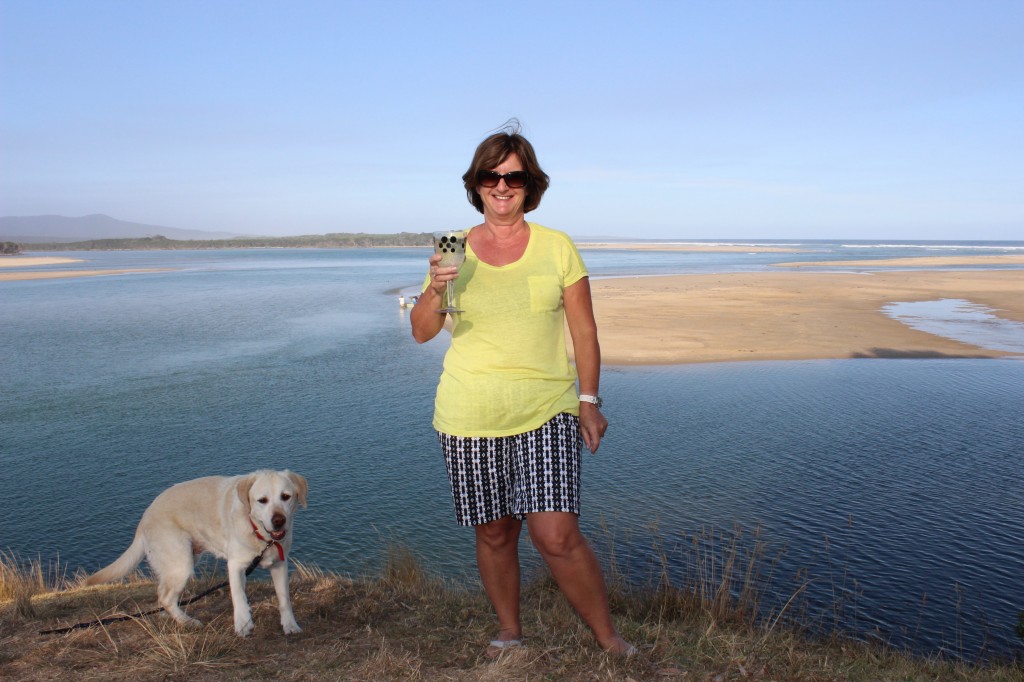 You can enjoy an informative and relaxing cruise on a ferry boat through the beautiful forested river waterways. Or choose your own view to wake up to each morning aboard a fully self-contained houseboat. 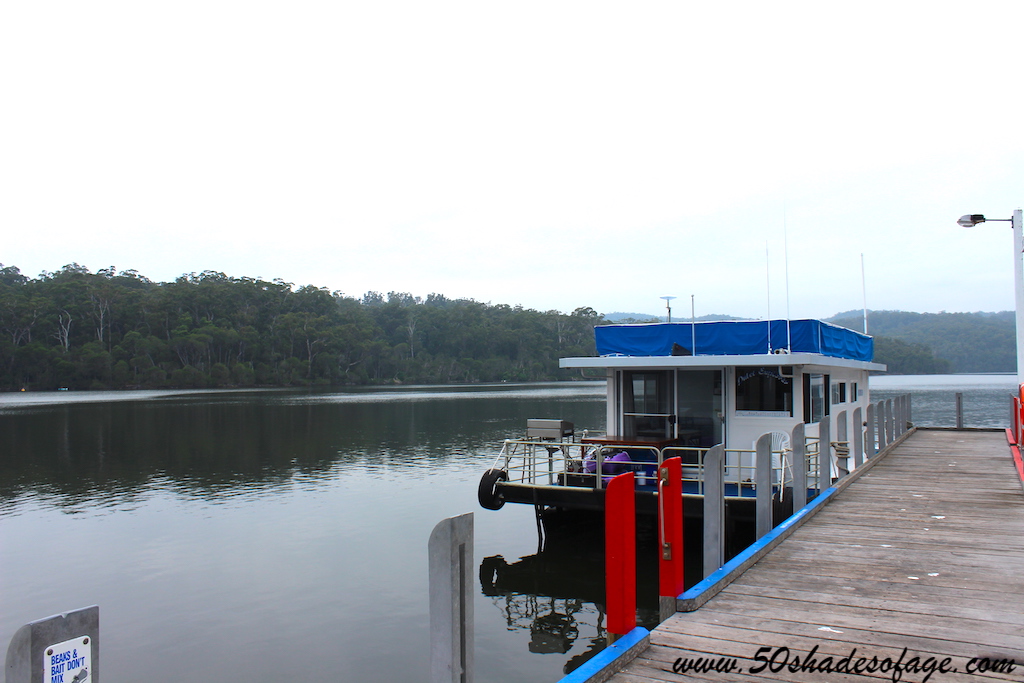 Take a water taxi service to nearby Gabo Island with its lighthouse that was constructed in 1858 using distinctive pink granite. It has significant colonies of seabirds including Little Penguins. Walks around the island provide stunning land and seascape views set off by floral displays in season. 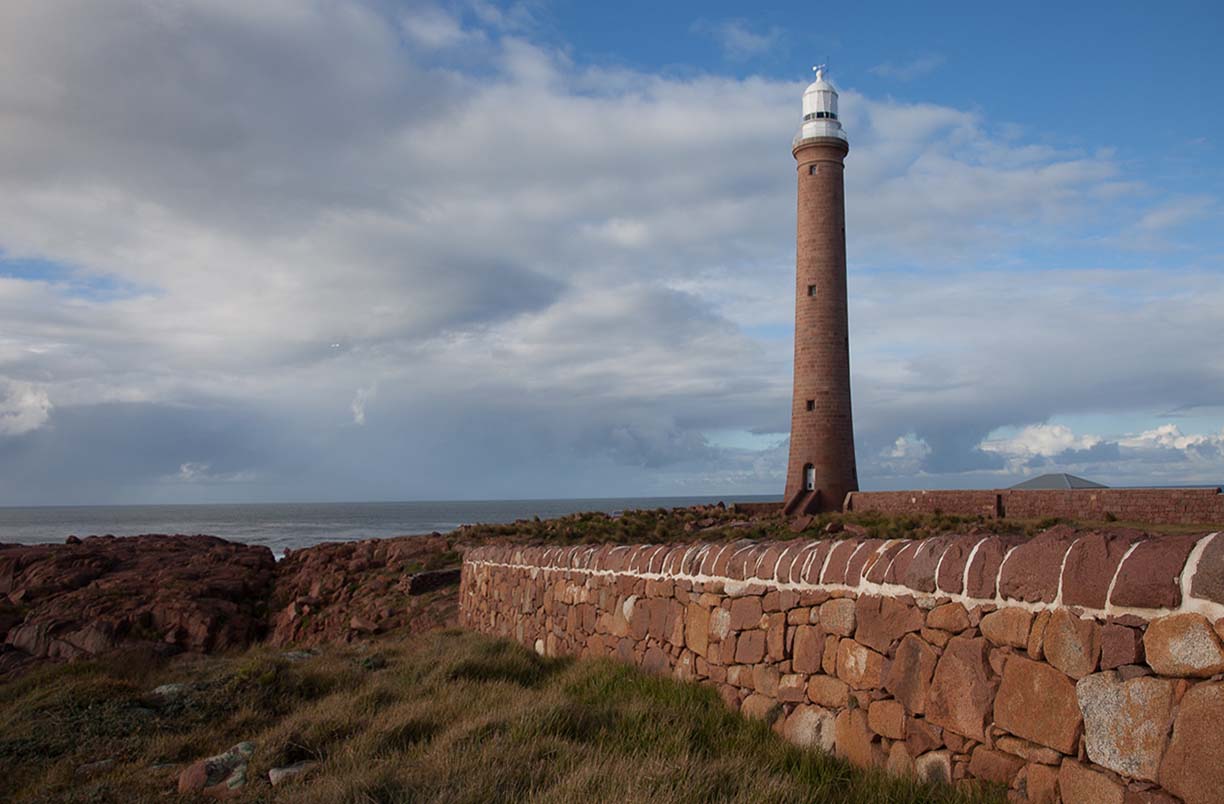 The Mallacoota Inlet is a recreational fisherman’s paradise! My husband spent some time each day either throwing a line into the estuary or fishing right off the beach. The result was a nice catch of Australian Salmon. 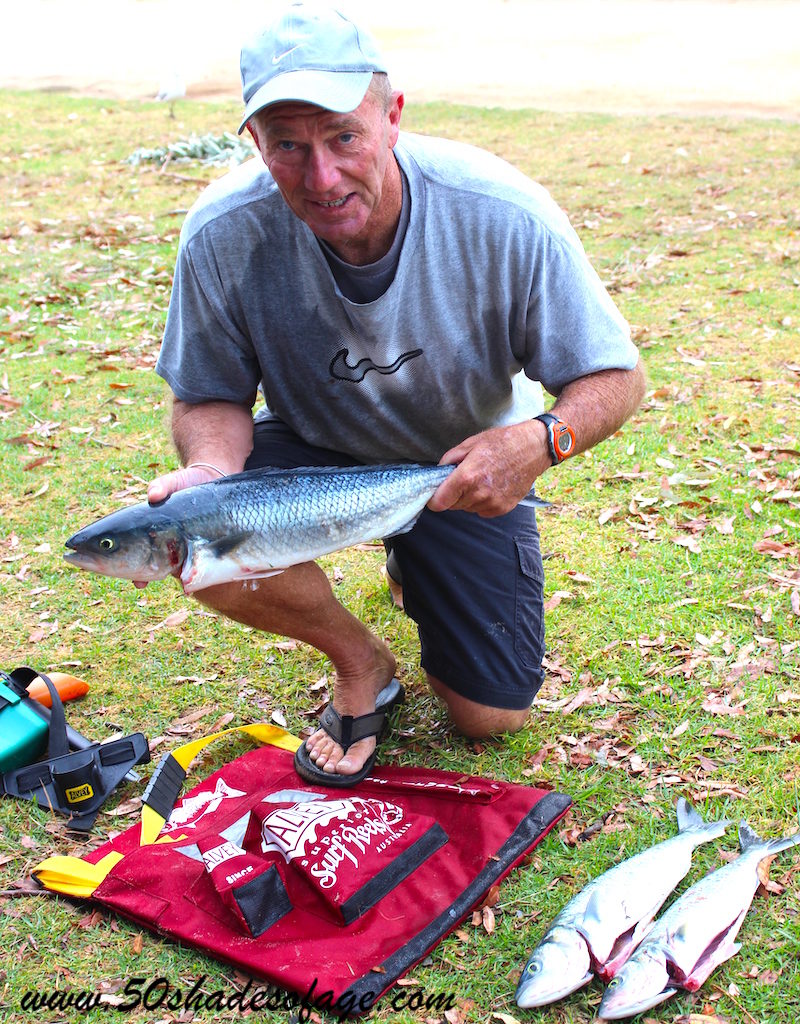 Salmon caught off the beach in Mallacoota

There are many species of fish, including Flathead and Bream, to be caught in the catchment area of 1750 square kilometres of lakes and rivers. Fish off one of the four fishing platforms, or throw a line from a beach, the wharf, a boat, or a secluded lakeside spot. 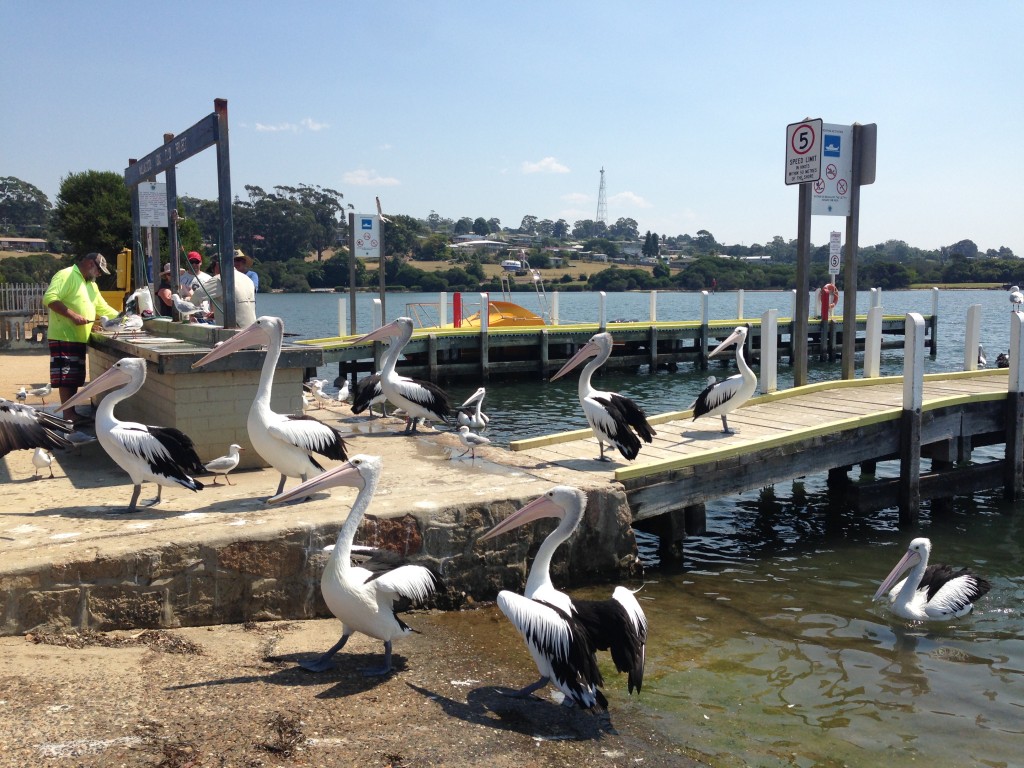 Take a boat trip or drive down to Gipsy Point, that sits restfully on the banks of Mallacoota Inlet, located in the middle of the UNESCO listed Croajingolong National Park. Here you can watch the kangaroos laze in the sunshine by the lakeside as well as some impressive birdlife. 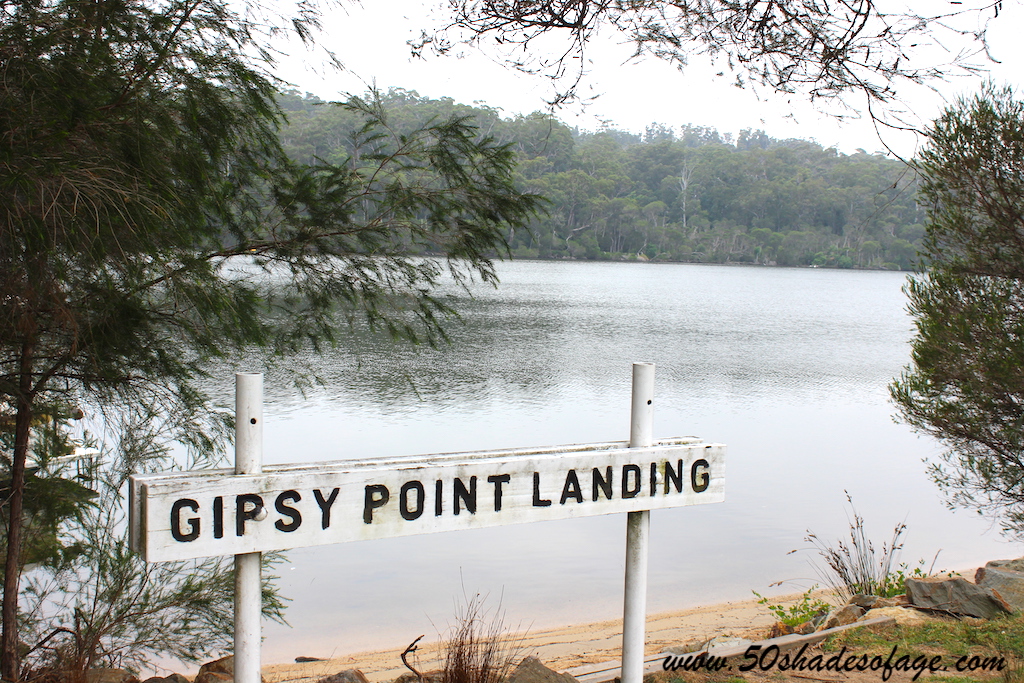 On the day we were here we saw loads of kangaroos grazing on the nearby fields of green grass. 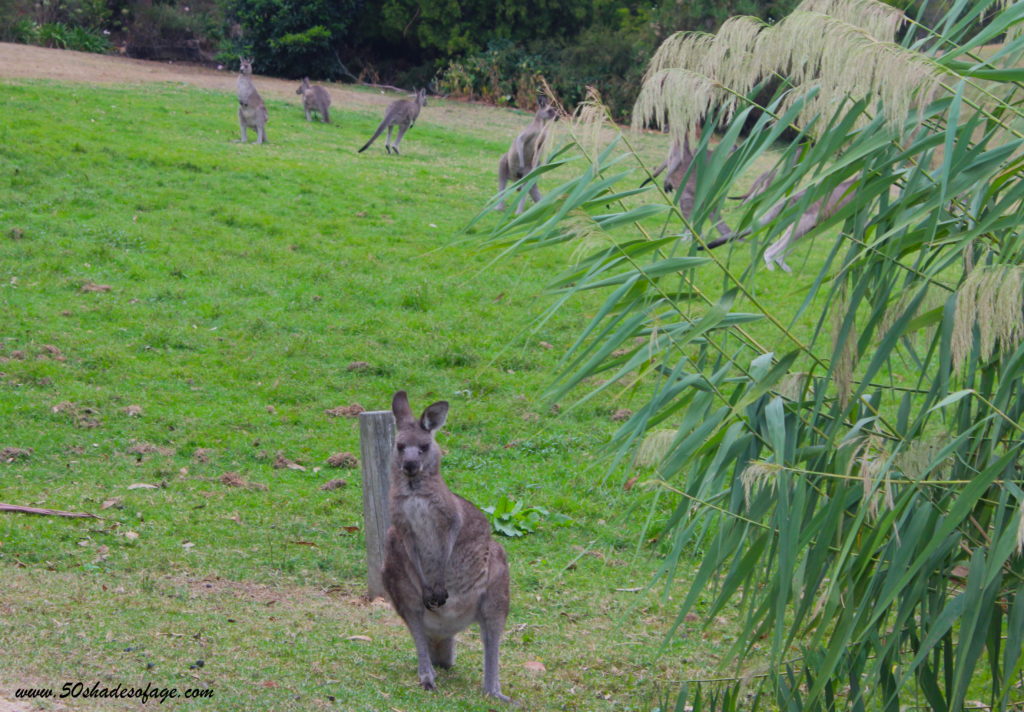 Where We Stayed in Mallacoota

We stayed at the Mallacoota Foreshore Holiday Park, one of the largest holiday parks in Victoria with over 600 caravan and camping sites. Select from lakefront or beachfront sites, with jetties and moorings for boats on some of the sites as well as boat trailer parking. 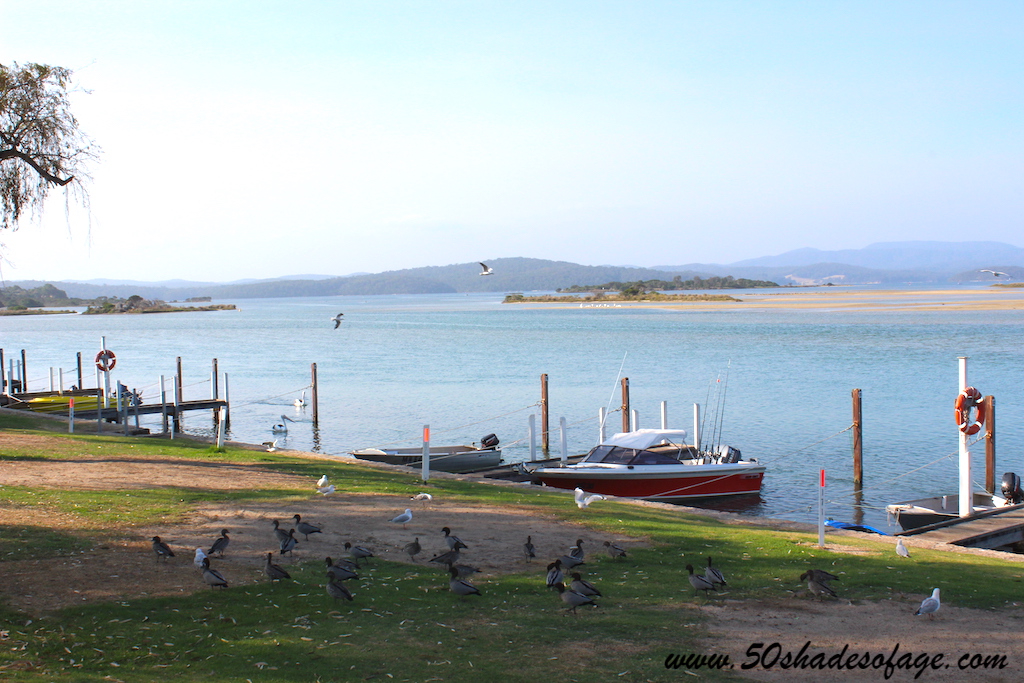 There are also two other caravan parks in town, cabins, motels and a range of holiday units and homes to select from for your Mallacoota Accommodation.

There really is nowhere else in Australia where you can experience pristine, wild and unspoilt landscapes like this. Magic Mallacoota is the place to go wild!

Spread the love
Croajingolong National ParkFishermans ParadiseMallacootaSouth East Victoria
By 50 Shades, January 8, 2020 Kathy was a 50 something year old when she started up this blog 6 years ago, but has since turned over another decade and is now in her early 60s. She is married with two adult children and lives on the Tweed Coast of New South Wales, Australia. Kathy enjoys living life to the fullest and loves to keep fit and active by maintaining a healthy diet and exercising regularly. Some of her interests include reading, photography, travelling, cooking and blogging! Kathy works part-time as a freelance writer but her real passion is travelling and photographing brilliant destinations both within Australia and overseas and writing about it.