Tracing The Murray River From Echuca to Swan Hill 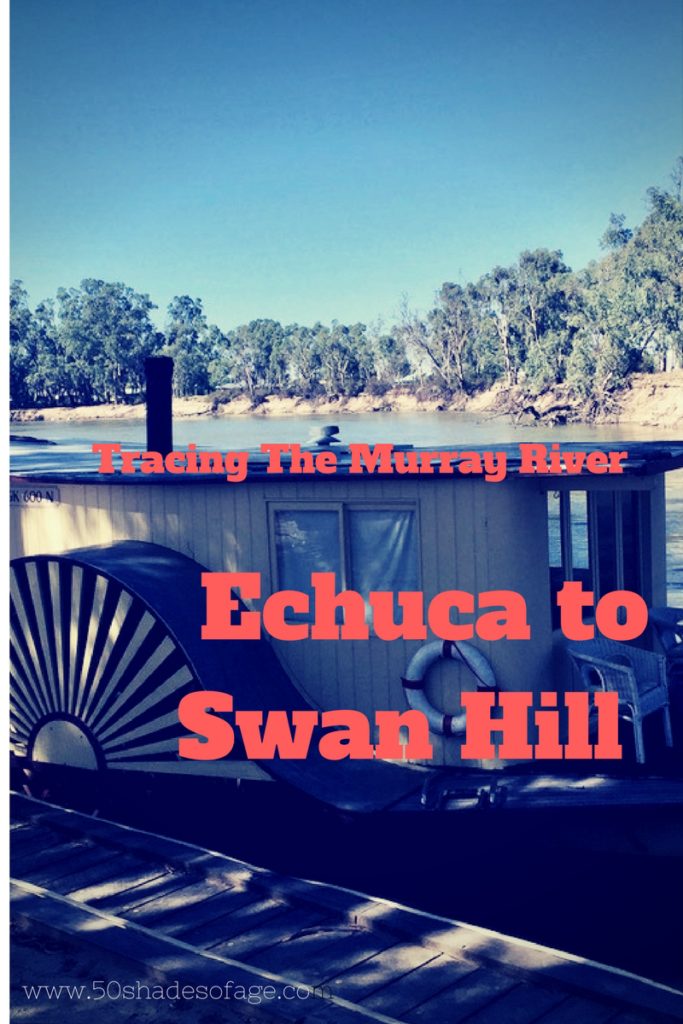 After I re-visited my childhood haunts along the Murray River at Echuca and Torrumbarry and even a girlfriend I hadn’t seen in 37 years, we continued on our caravan trip. We were tracing the Murray River from Echuca to Swan Hill and we weren’t disappointed with what we discovered.

After we left Torrumbarry we got back onto the Murray Valley Highway and drove through the small towns of Patho, Gunbower, Leitchville and Cohuna. Our goal was to find a camping spot on Gunbower Island so that we could explore this riverine wonder.

Renowned for being the largest inland island in Australia, the 20,000 hectare Gunbower Island stretches from Torrumbarry Weir to Koondrook. The island provides over 130km of river frontage with large expanses of River Red Gum and Boxwood forests. The RAMSAR listed wetland surrounding the island is one of the most important in the Murray-Darling Basin. 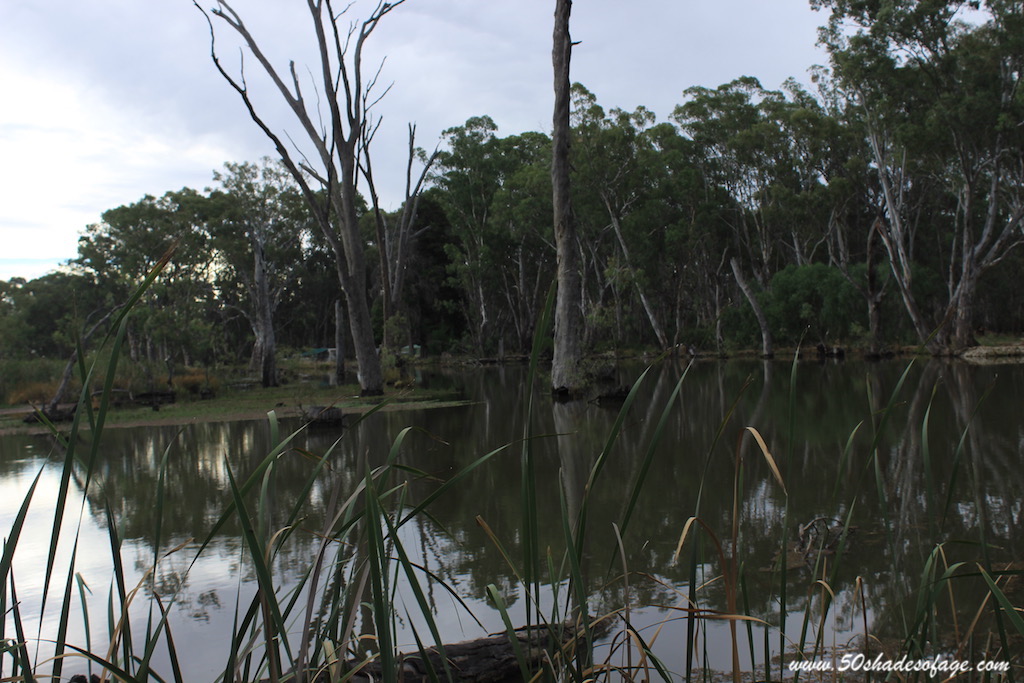 The island was created where the Gunbower Creek broke away from the Murray River near Torrumbarry, with the creek on the western boundary and the Murray River bordering the eastern boundary. There is an extremely popular canoe trail that takes you on a journey around the wetlands of Safe’s Lagoon amongst the submerged trees. The trail is marked with a return route of approximately 5 km taking canoeists or kayakers about 2 hours to complete. 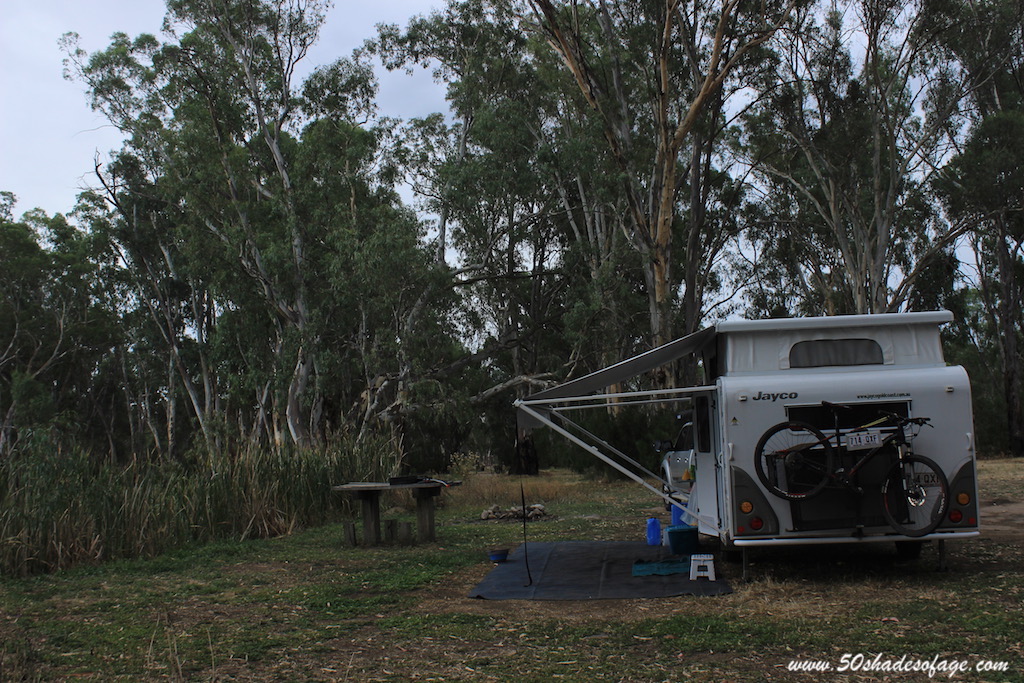 Our Campsite at Gunbower Island

We accessed the island just short of the town of Koondrook and drove along a dirt road until we found a perfect camping spot on the billabong. We were surrounded by towering river red gums, submerged trees in the lagoon and a large array of waterbirds. The only problem were the hundreds of blow flies! However once the sun sunk down into the sky so did the blow flies seemingly. 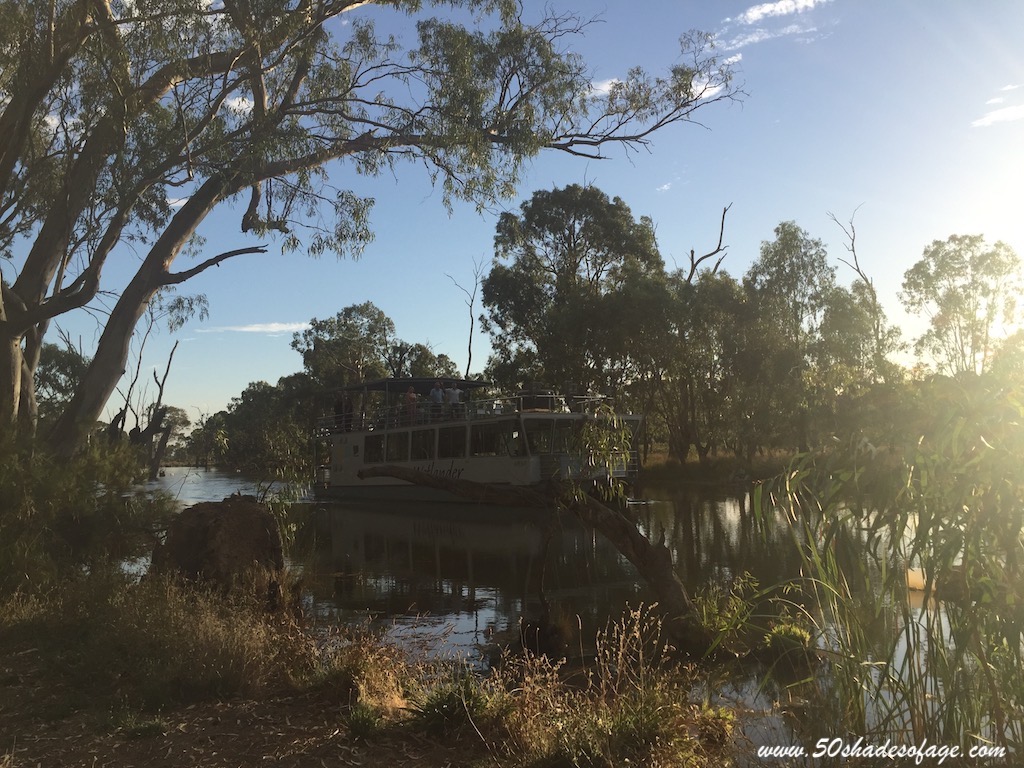 We were sitting in the middle of nowhere, taking in the sunset and enjoying a cold  beverage when a cruise boat appeared, making its way down the Gunbower Creek. The Wetlander as it turns out does regular sunset cruises down the creek where passengers get to dine on local food and wine. It was not what we were expecting!

The next morning we drove into the historic village of Koondrook where we were pleasantly surprised by the neatness and history of this town. As I mentioned the area is littered with river red gums and early in the 1900s paddler steamers and river transport were a hive of activity here. 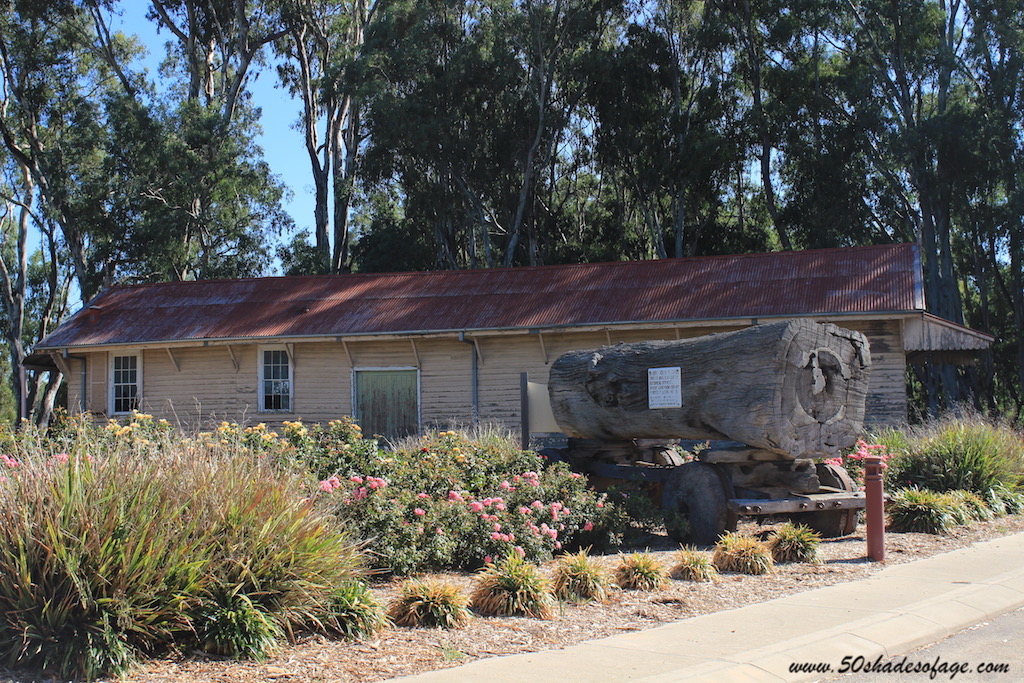 The Old Wharf Precinct at Koondrook

The Arbuthnot Sawmills, established in 1889 has been supplying quality timber from the red gum forests for over 100 years in the region. Back in the early 1900s the Koondrook wharf was a major link to the river towns of Swan Hill and Echuca. 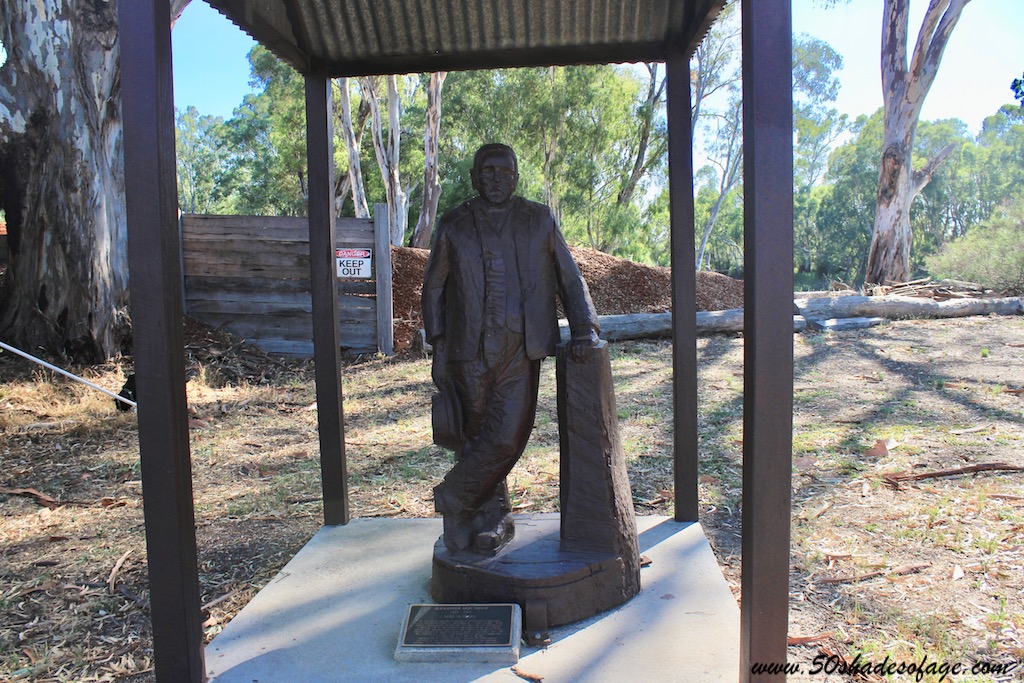 We took a walk through town where we discovered the Kerang-Koondrook tramway and also the red gum statues along the Murray River (one pictured above).

Across the river Koondrook’s twin town, Barham is a minute away, by driving on the heritage-listed Barham Bridge, a 1904-built lift span bridge. We found Barham to be a pretty town with lovely river frontage, parklands, an 18-hole golf course, two pubs, a services club and a small shopping street. The meandering river here is popular for fishing, canoeing and kayaking. 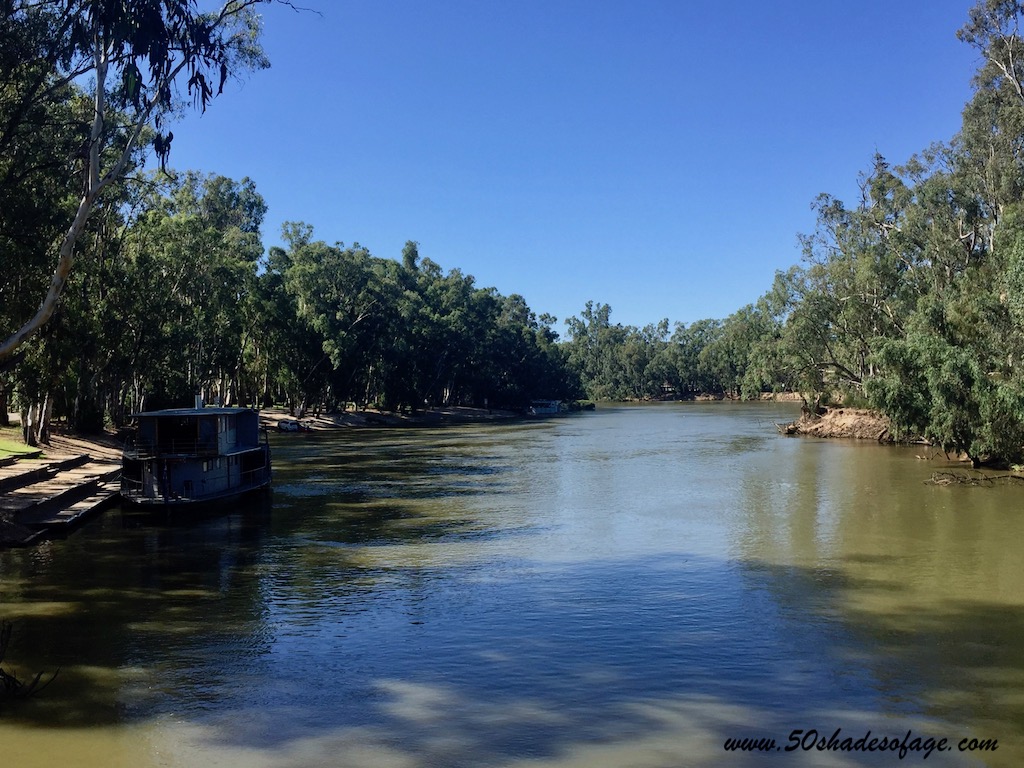 On the river’s edge there is a boat ramp for watercraft and a sandbar that is a popular swimming area. There are two caravan parks in Barham, but we preferred the bush camping on Gunbower Island, with plenty of well shaded and flat areas to set up camp along the creek or river. 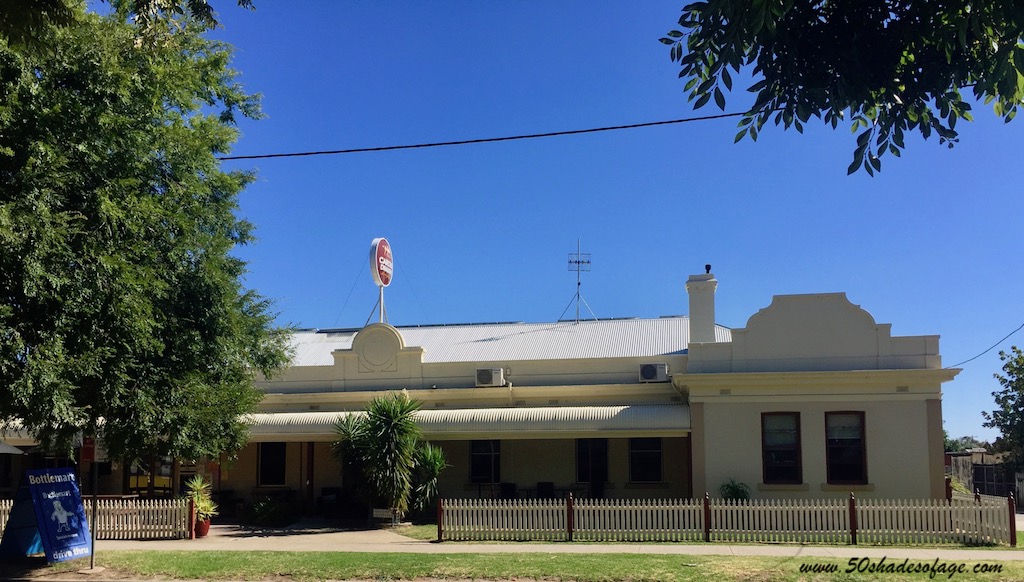 The Royal Pub in Barham

We got back on the road and in just under one hour we arrived into the ‘Heart of the Murray’, the town of Swan Hill. It is so called because it’s at the intersection of a major network of highways, including the Murray Valley Highway, the Calder Highway from Melbourne and the Sunraysia Highway from Ballarat. 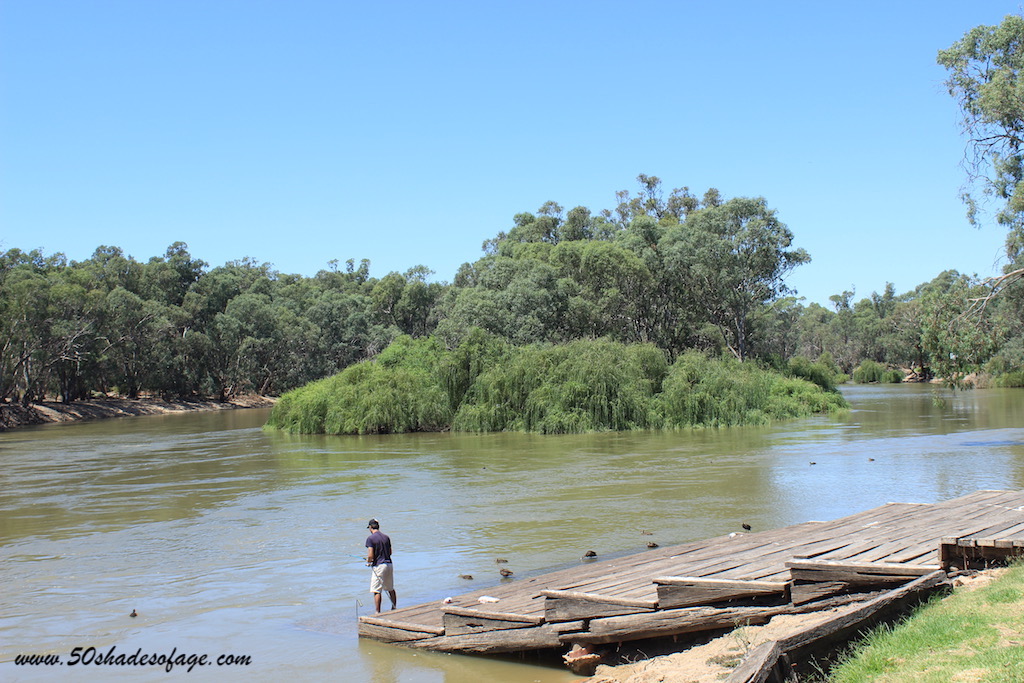 The riverfront at Swan Hill

After a quick visit to the Visitor’s Centre and a photo in front of the ‘Big Murray Cod’ we headed for the riverfront parklands for a picnic lunch.  We learnt that the famous explorers, Burke and Wills had crossed the Murray River in 1860, commemorated with a plaque near the bridge. 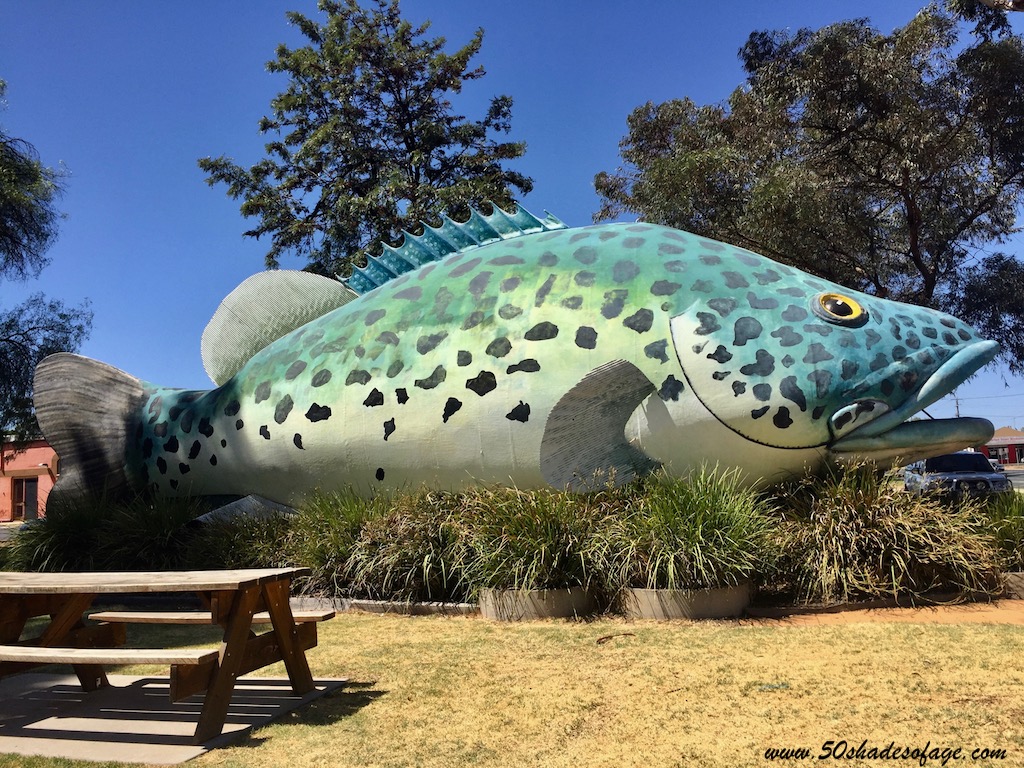 Like most other major towns along the Murray, Swan Hill was once a port and vital water source for surrounding farms.  Apart from the beautiful riverside parkland area which is wonderful for a stroll, other things to do and see in Swan Hill are: 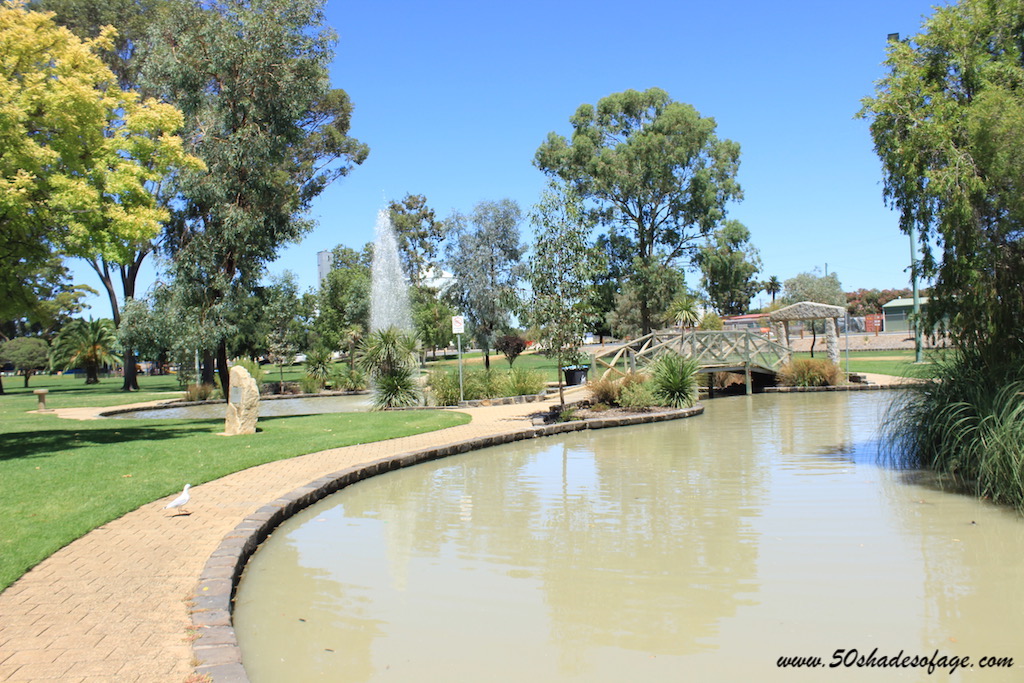 The Riverpark in Swan Hill

We found Swan Hill to be a modern progressive town with great shopping, sporting facilities, a fabulous selection of accommodation with caravan parks galore and a wide array of restaurants and cafes. 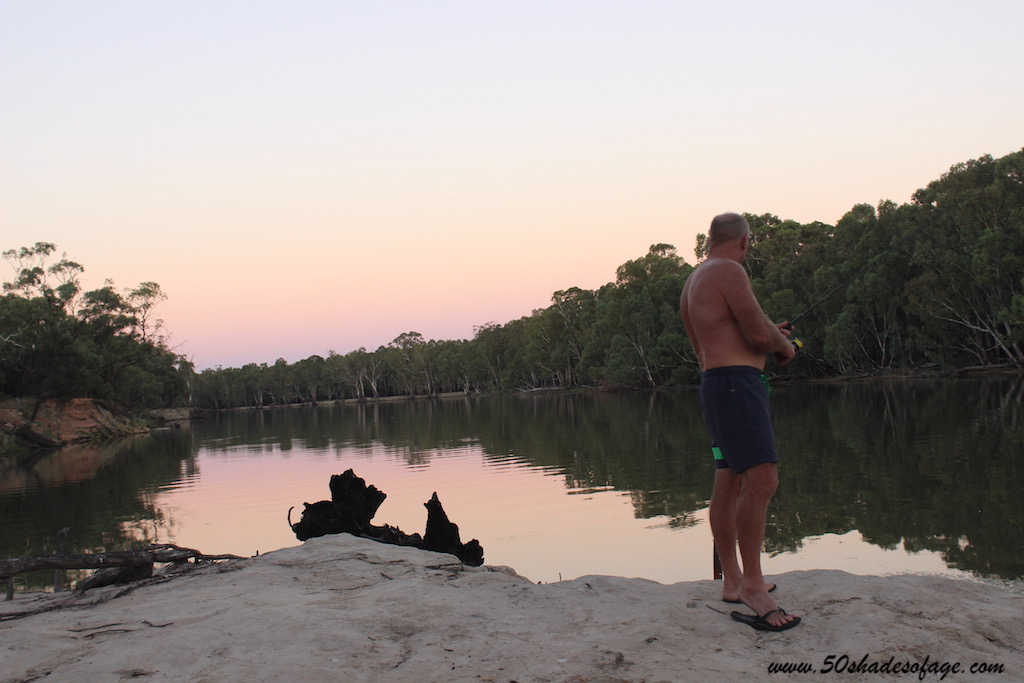 Fishing on the Murray River near Swan Hill at Sunset

This section of the Murray River was delightful and we could have easily spent more time here exploring the region. Like an exotic dancer, the mighty Murray was revealing more and more on our journey, and really this was just the start! Our next adventure is into the Sunraysia region and that is my friends, a story for another day.

Spread the love
BarhamDiscover Murray RiverGunbower IslandKoondrookMurray RiverSwan HillTravel Victoria
By 50 Shades, March 12, 2018 Kathy was a 50 something year old when she started up this blog 6 years ago, but has since turned over another decade and is now in her early 60s. She is married with two adult children and lives on the Tweed Coast of New South Wales, Australia. Kathy enjoys living life to the fullest and loves to keep fit and active by maintaining a healthy diet and exercising regularly. Some of her interests include reading, photography, travelling, cooking and blogging! Kathy works part-time as a freelance writer but her real passion is travelling and photographing brilliant destinations both within Australia and overseas and writing about it.