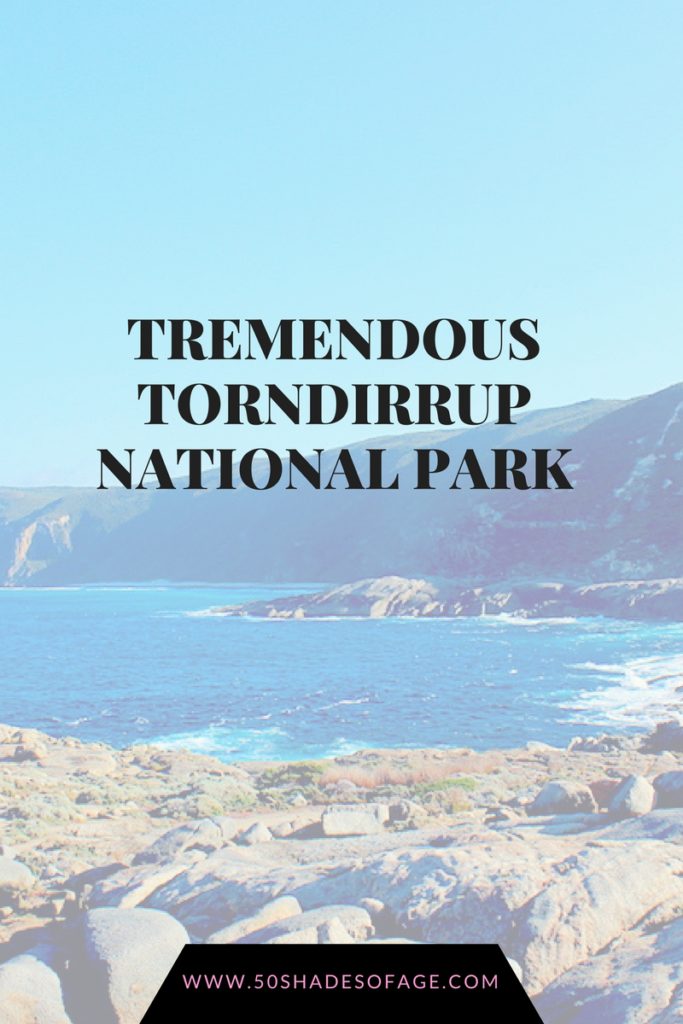 There were tons of national parks to discover on our around Australia trip and I must admit that they were all different and offered amazing scenery. We spent a wonderful week in the Albany, the oldest permanently settled town in Western Australia, exploring the town and surrounding areas. Tremendous Torndirrup National Park, located 15kms south of Albany on the Great Southern Ocean in South Western Australia, was an absolute treasure.

To scout out Torndirrup National Park you need an entire day to do it justice as it covers almost 4,000 hectares. The park is a rugged and spectacular peninsula made up of granite rock and boasts many natural attractions such as the famous Gap and Natural Bridge rock formations, as well as The Blowholes. The park’s wind-pruned coastal heathlands also puts on a colourful display of wildflowers in Spring – a delightful spectacle to experience. 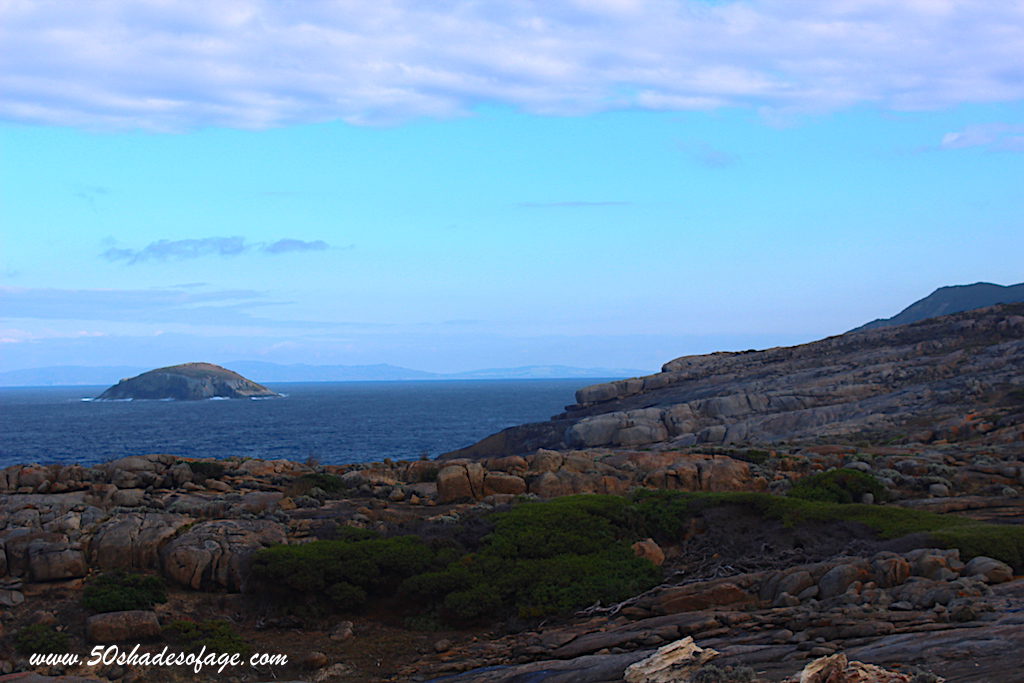 You can drive into the park upon sealed roads and enjoy most of Torndirrup National Park’s dramatic coastal scenery, with car parking, pathways and viewing platforms available. Highlights including The Gap, Natural Bridge, Salmon Holes, Jimmy Newell’s Harbour and Salmon Holes, that can be seen from viewing platforms located short walking distances from car parking areas. 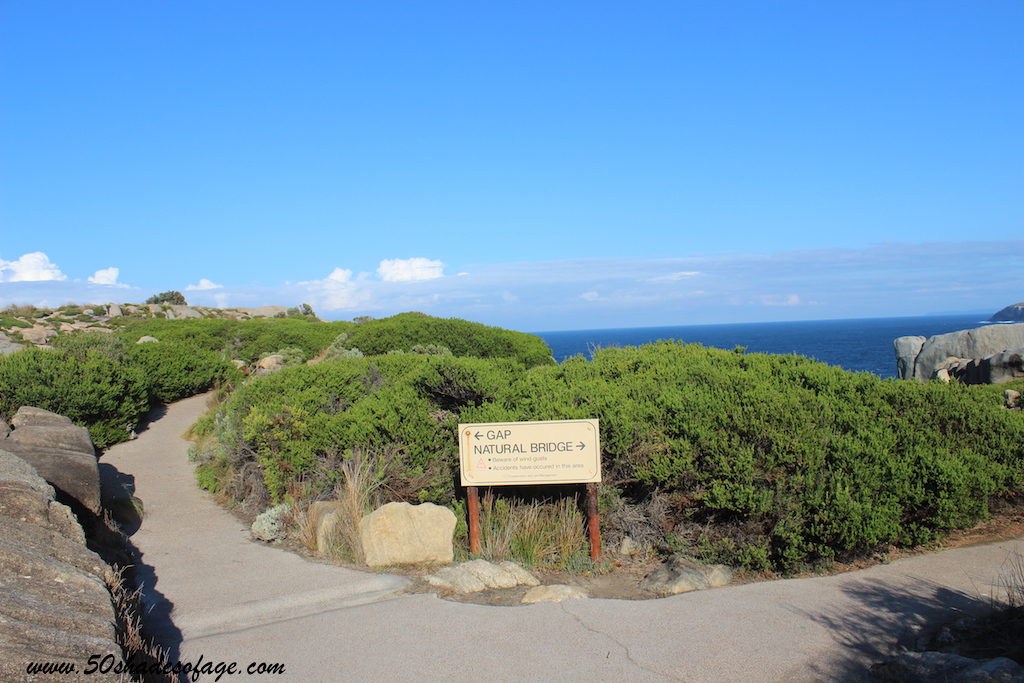 Walkway to The Gap and Natural Bridge

It’s amazing seeing Mother Nature doing her worst and the tremendous force of the ocean. The Gap is an impressive granite channel that has been carved by the waves of the Great Southern Ocean crashing against the granite coastline forming a spectacular sheer drop of almost 25 metres. 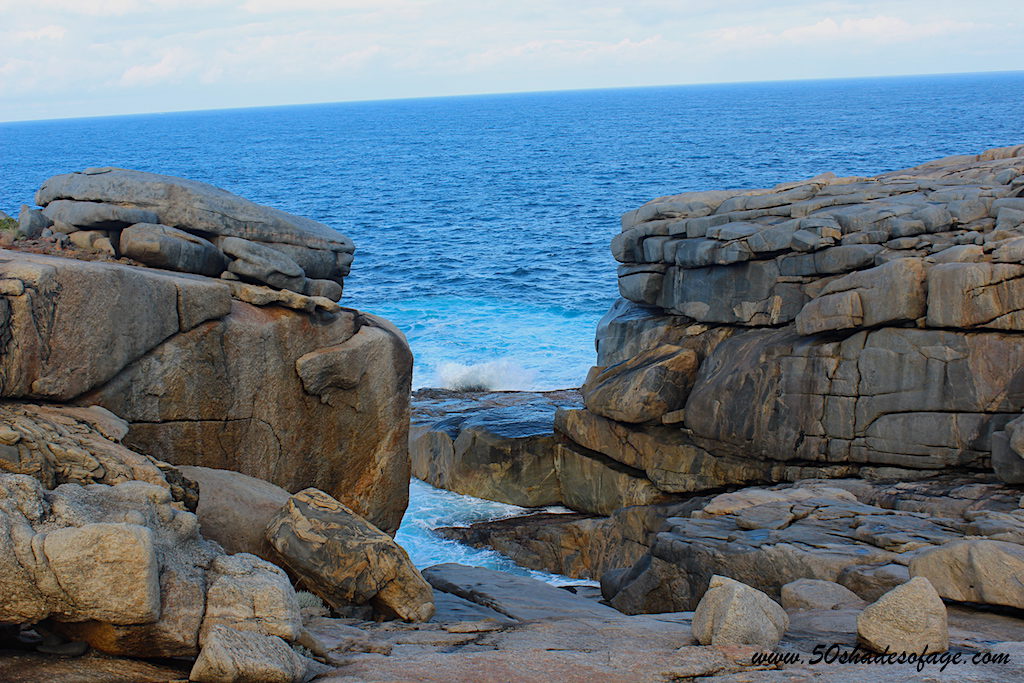 As is the Natural Bridge granite formation caused by the gradual wearing away of the rock by the Great Southern Ocean. There is a fence and viewing platform surrounding the bridge that I’m guessing keeps thrill seeking tourists off the top of the rock! 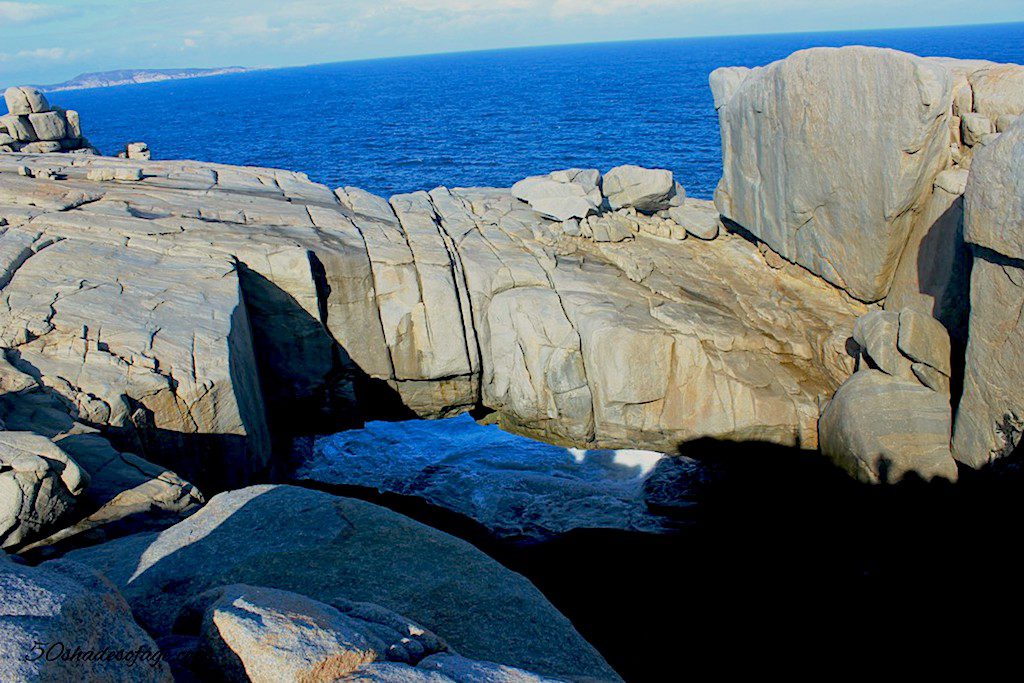 Inactive since 1994 this 12m round cylindrical concrete lighthouse tower is located on the point in Torndirrup National Park. Although you’re not able to scale the tower, the views out to the Southern Ocean from the point below the lighthouse are spectacular. There is also an abundance of multi-coloured coastal vegetation surrounding the lighthouse that is absolutely stunning. 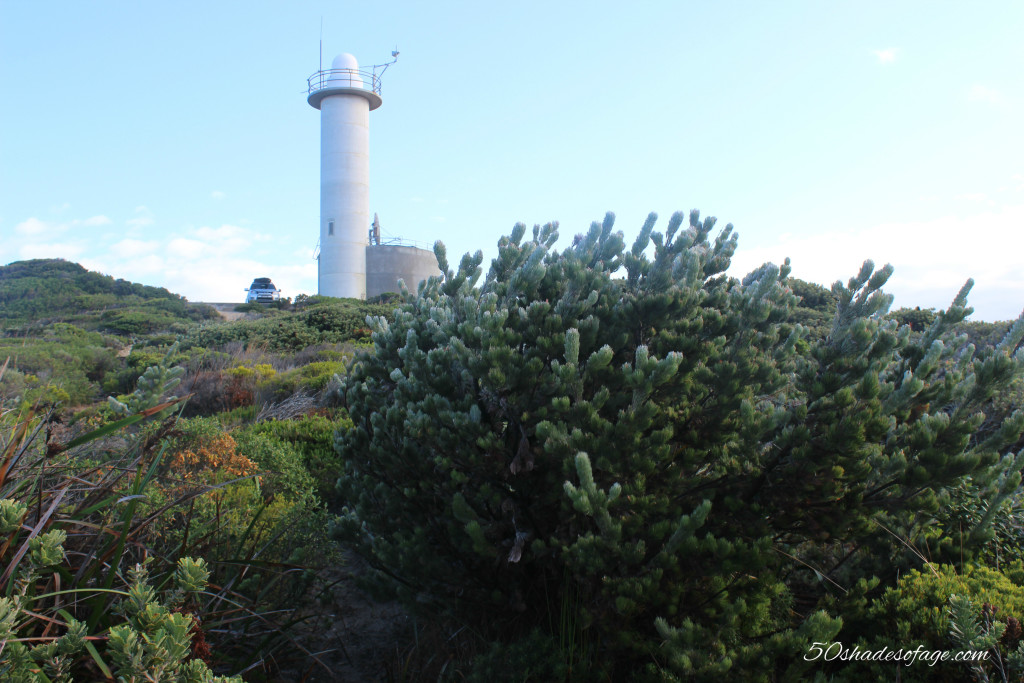 Cable Beach is accessible by a staircase that descends from the carpark onto the rocky boulders which continue for at least twice as long as the stairs down onto the beach. The coastline here is magnificent with multi-coloured brush reaching right down to the sea, white sand and turquoise blue water. 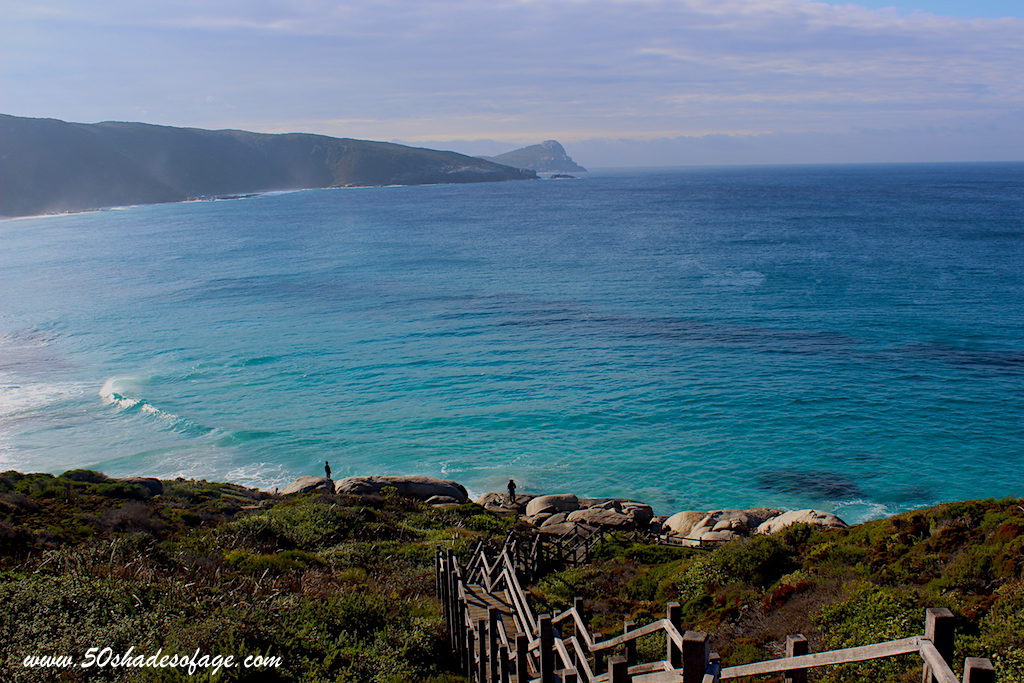 The staircase down to Cable Beach

This tranquil little bay is not far from The Gap and Natural Bridge. The lookout here provides a breathtaking view of the harbour and Great Southern Ocean. Turquoise waters in the bay contrast beautifully to the green heathlands and boulders surrounding the harbour. 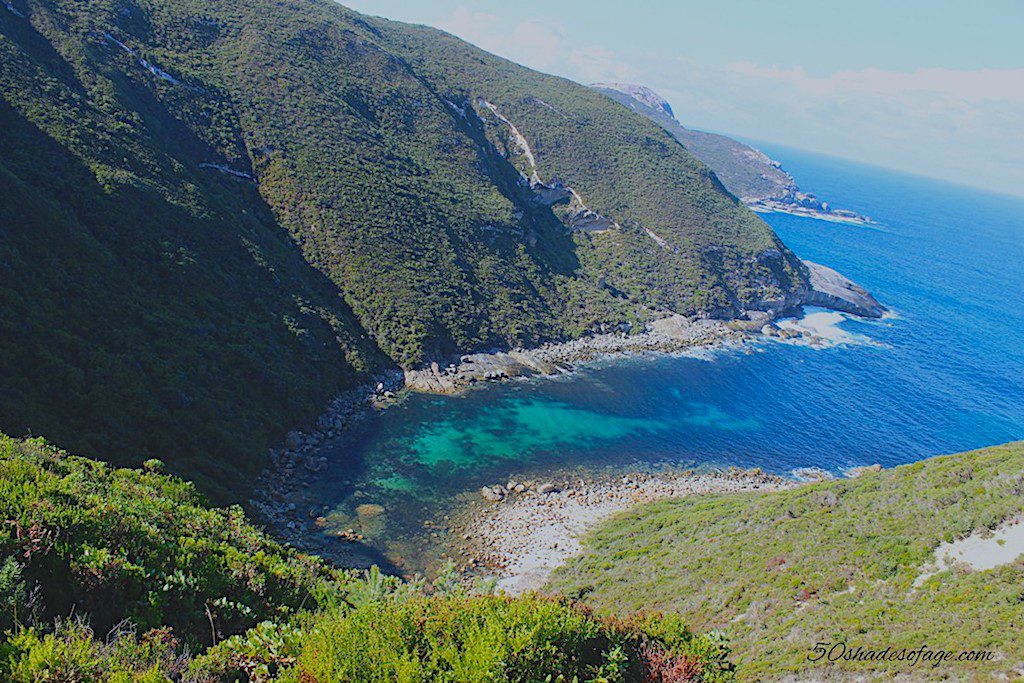 Salmon Holes, aptly named after the salmon that come to rest in the bays, is an excellent fishing beach in season. You can view this gorgeous beach from the lookout, watch the salmon fisherman and see giant waves crash over the rocky headlands. 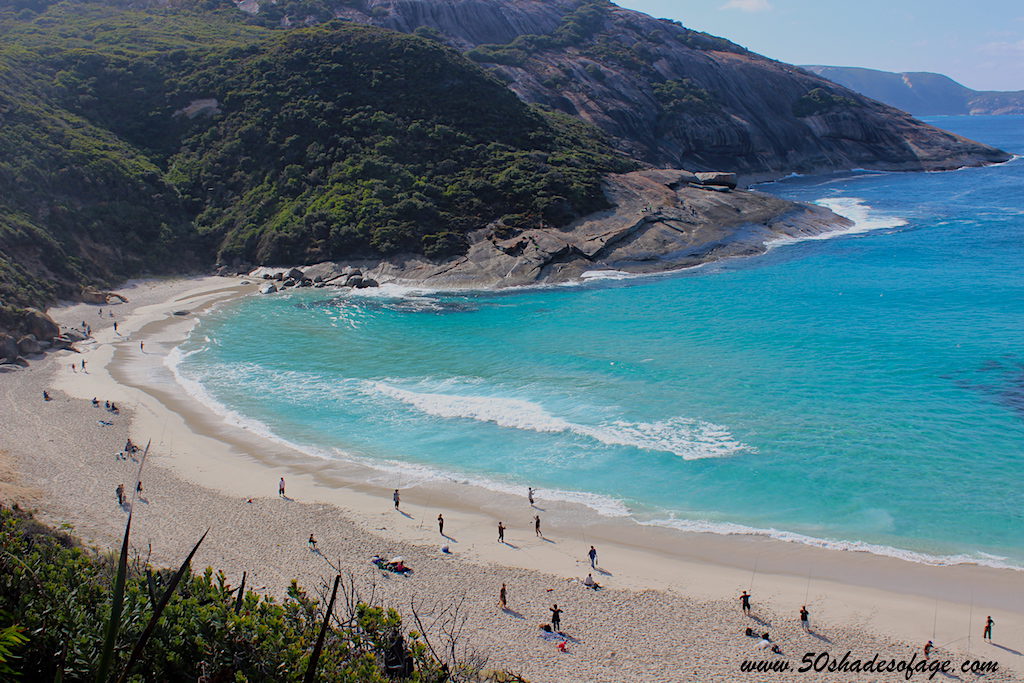 Not the greatest name for a beach, but we stumbled across this very secluded beach that is north-facing and offers some shelter in most weather conditions. It was not at all miserable as you can see from the photo! 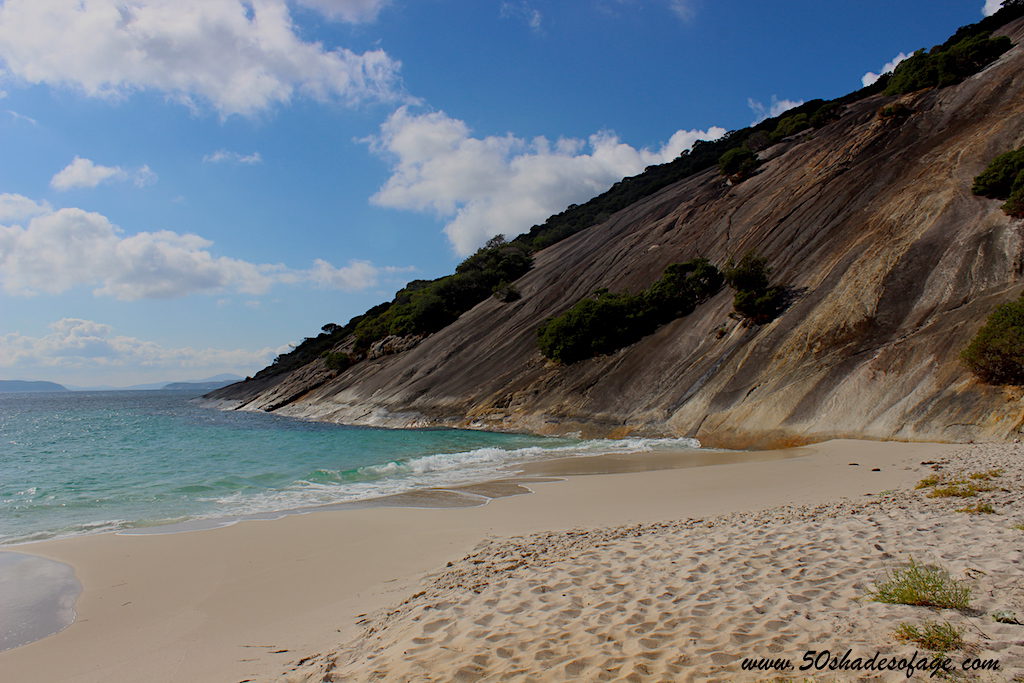 The not so miserable – Misery Beach

There are two reasonably challenging hikes in the Park that takes you completely off the beaten track over granite boulders, dense shrubbery and coastal heathland. 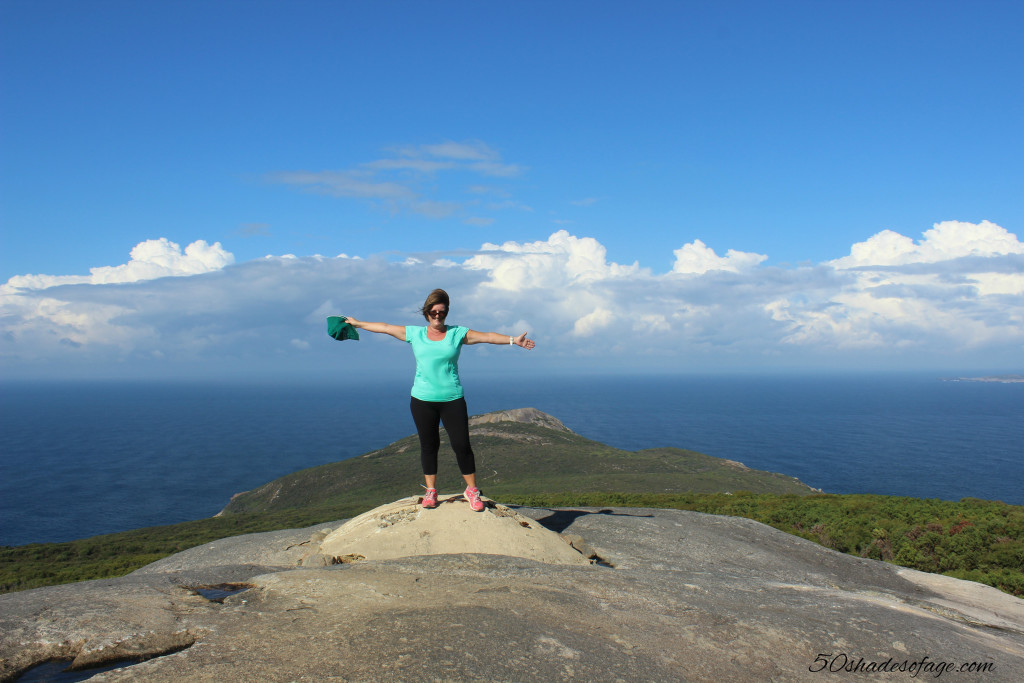 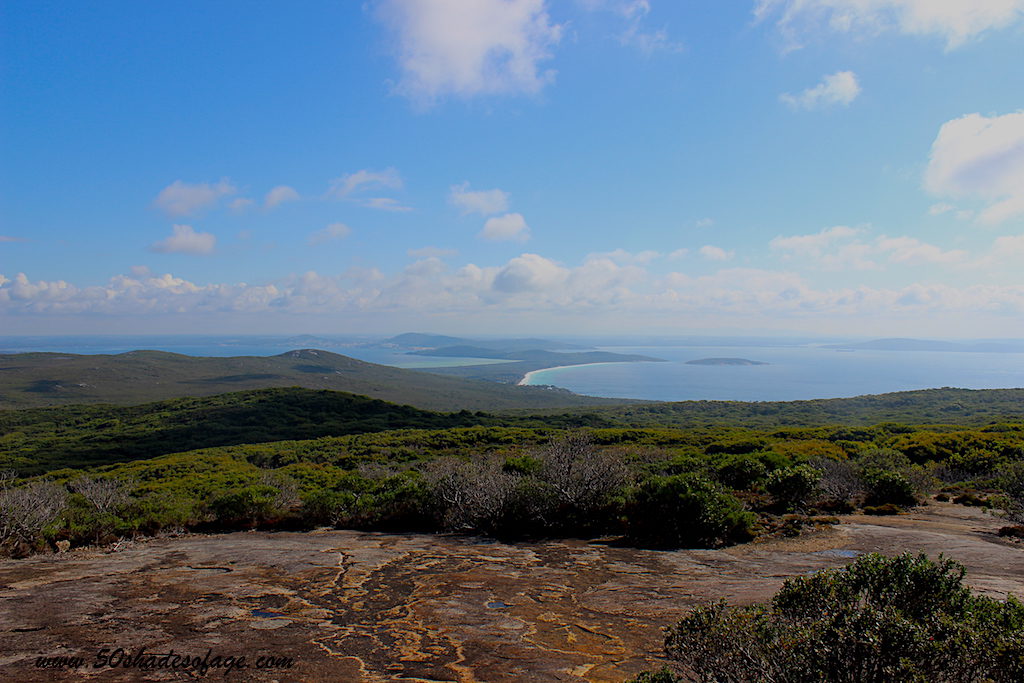 Breathtaking Views out to Bald Head

Once you have spent your day exploring this magnificent peninsula you will want to head back for a well-earned rest. It is without a doubt one of the most ruggedly beautiful national parks I discovered on our travels. From every aspect and every angle there is a view to simply die for!

Spread the love
Albany WASouth West AustraliaTorndirrup National ParkTravel Albany
By 50 Shades, April 4, 2017 Kathy was a 50 something year old when she started up this blog 6 years ago, but has since turned over another decade and is now in her early 60s. She is married with two adult children and lives on the Tweed Coast of New South Wales, Australia. Kathy enjoys living life to the fullest and loves to keep fit and active by maintaining a healthy diet and exercising regularly. Some of her interests include reading, photography, travelling, cooking and blogging! Kathy works part-time as a freelance writer but her real passion is travelling and photographing brilliant destinations both within Australia and overseas and writing about it.