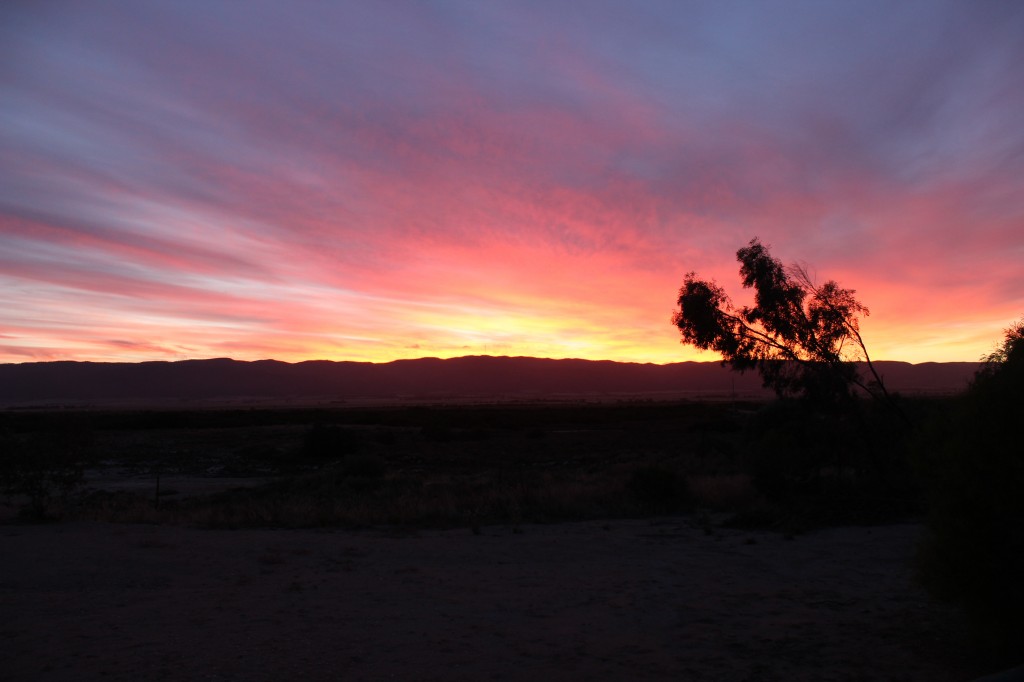 Sunrise at the Flinders Ranges

After a quick visit to the Yorke Peninsula, we travelled in a northwards direction with the majestic Flinders Ranges to the east and Spencer Gulf to the west, towards Port Augusta, which is befittingly called the ‘Crossroads of Australia’ where Sydney, Perth, Adelaide and Darwin rail lines intersect.  It was the beginning of all places named ‘something Bay’ or ‘Port, Point or Cape something’ due to the endless coastlines.

Known as the ‘Australia’s fishing frontier’, the Eyre Peninsula is appreciated by fishing fanatics and seafood foodies from all over Australia.  A tantalizing smorgasbord, from shellfish to finfish, all gathered from the local waters.  I can definitely vouch for the quantity and quality of seafood in the area – sumptuous! 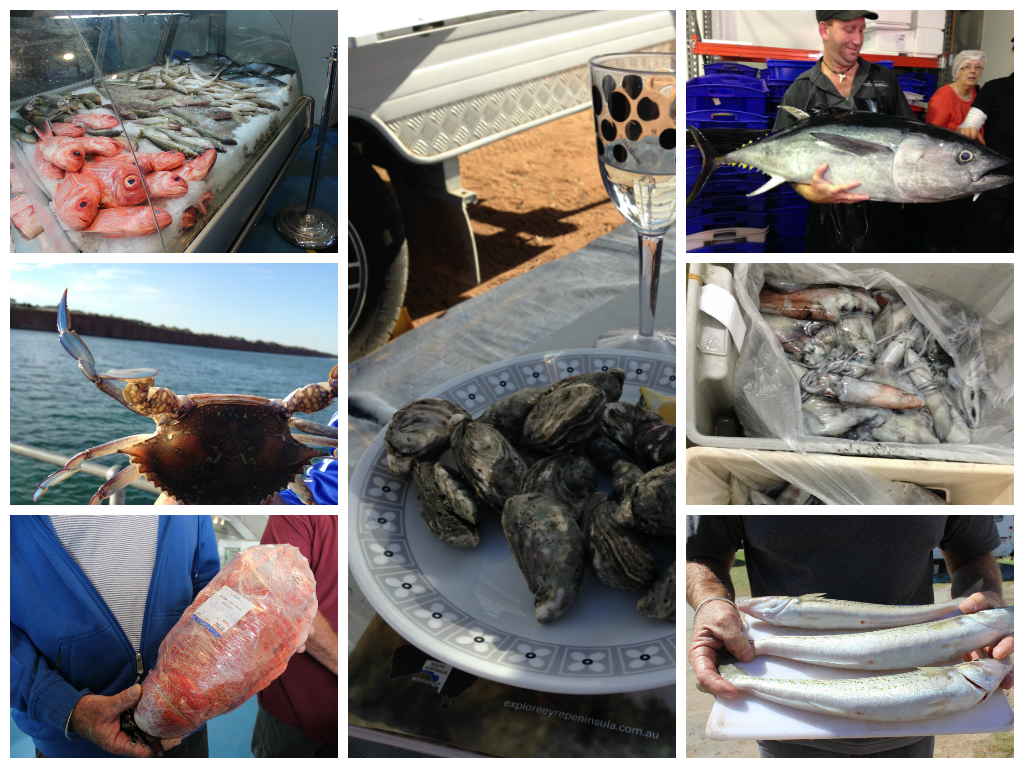 Seafood of the Eyre Peninsula

But more than this, I experienced some of the most striking jagged coastlines and wilderness that I have ever seen.  Words cannot describe the abundance of natural wonders and the untamed and unspoilt coastlines there are to explore.  I was simply awestruck by the Eyre Peninsula’s magnificence.

A 48 square kilometre natural habour with calm, fish-filled waters and an impressive jetty where you can catch Blue Swimmer Crabs as well as purchase plenty of Oysters cheaply from the local Oyster farms.  We were fortunate to be given some local Cowell Oysters from a guest at our caravan park where we stayed, and they were delicious! 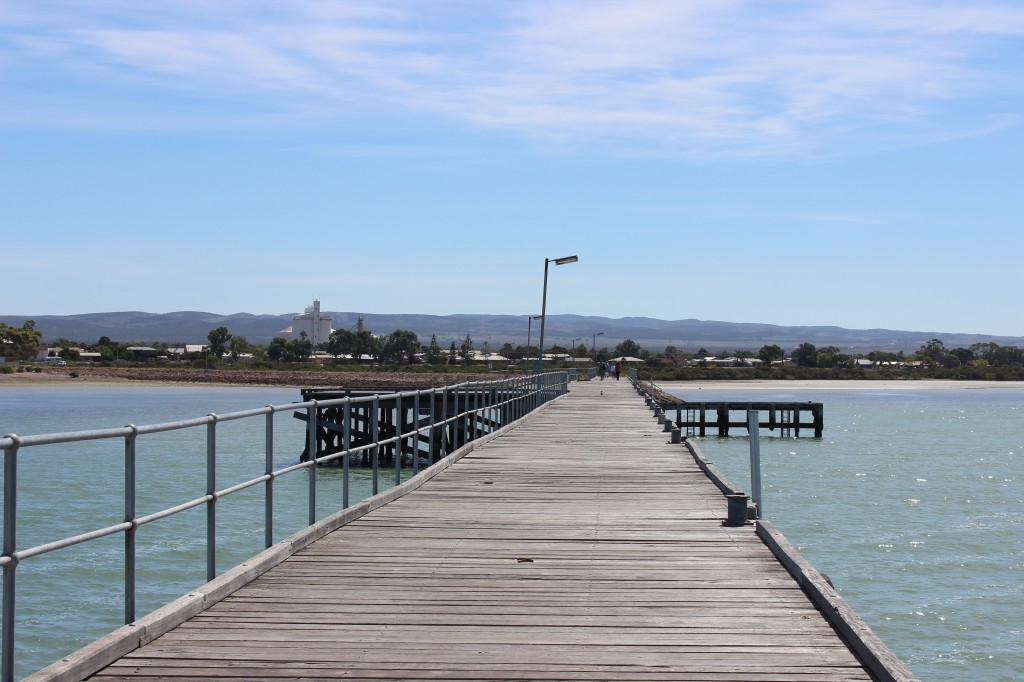 16 Km’s from Cowell is Lucky Bay, where the ferry comes in from Wallaroo across the Spencer Gulf, which has glorious sandy beaches very safe for swimming.  The scenic Port Gibbon where there are high towering cliffs, white as snow sand hills and rocky reefs is a short drive from Cowell.  Here you may catch sight of a small Sea Lion colony. 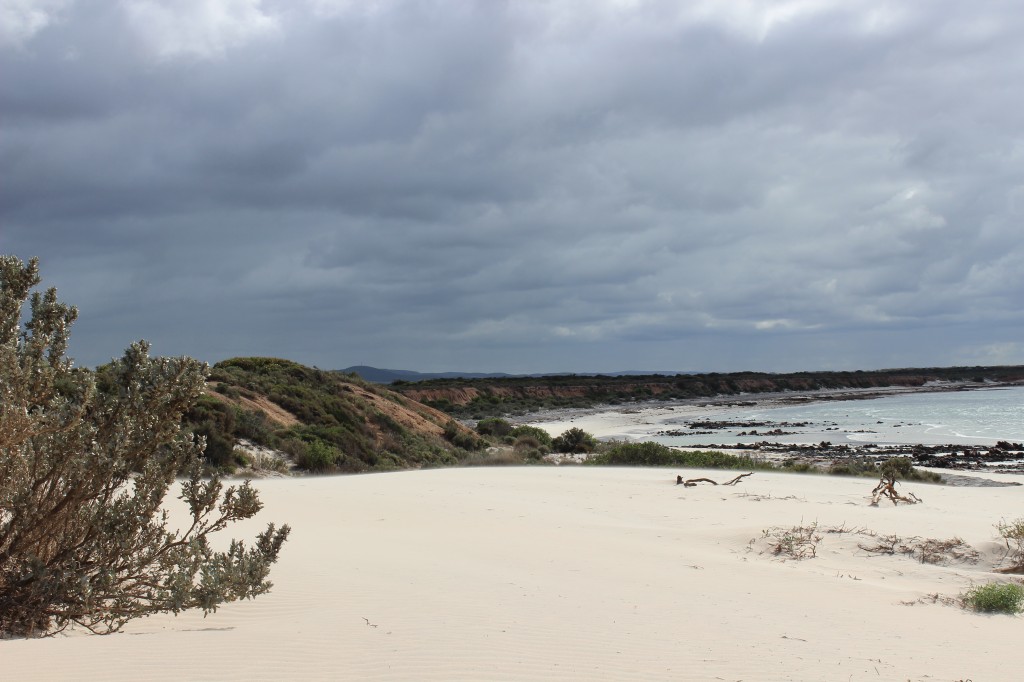 Once a major port servicing the local farming area, Arno Bay is renowned as SA’s Kingfish and aquaculture capital. The ‘Supershed’ located nearby the jetty and parklands is a testament to Arno Bay’s history with interpretive signage revealing its history. 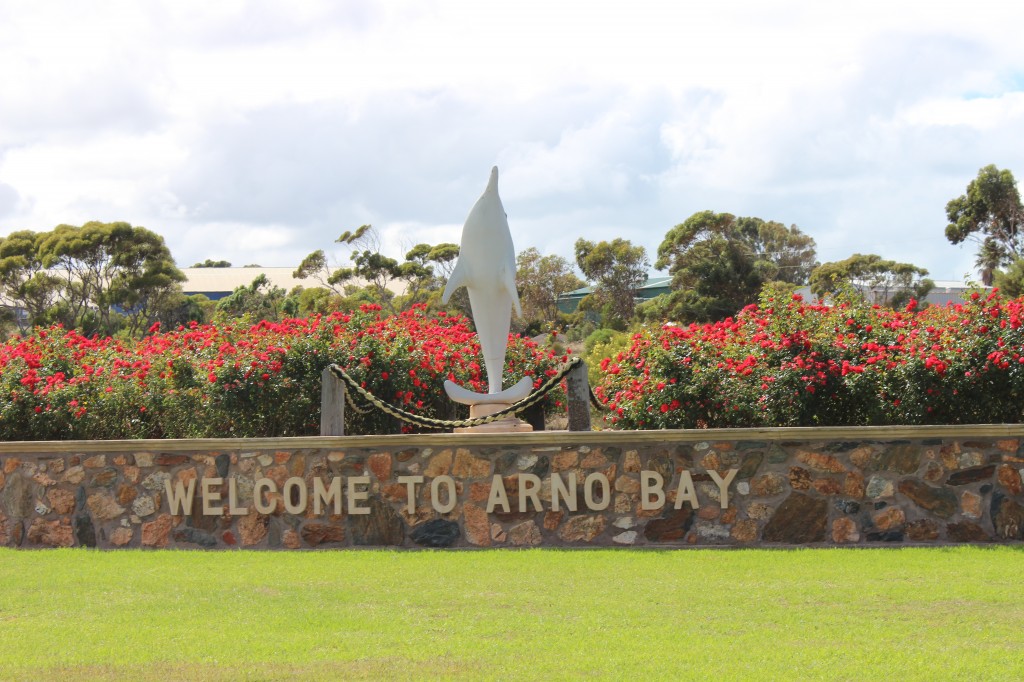 Nearby Darke Peak is home to the Carapee Hill Conservation Park, the site of the highest exposed granite rock mass on the Eyre Peninsula, which is good for bushwalking and birdwatching.

An attractive little town with good shopping, sports, dining and accommodation facilities, as well as excellent bushwalking, birdwatching, trails, lookouts, museums and galleries.  With all this it still retains a peaceful laid-back lifestyle with crystal blue waters, a 10 kilometre stretch of sandy beach, pine tree-lined foreshore and historic buildings. 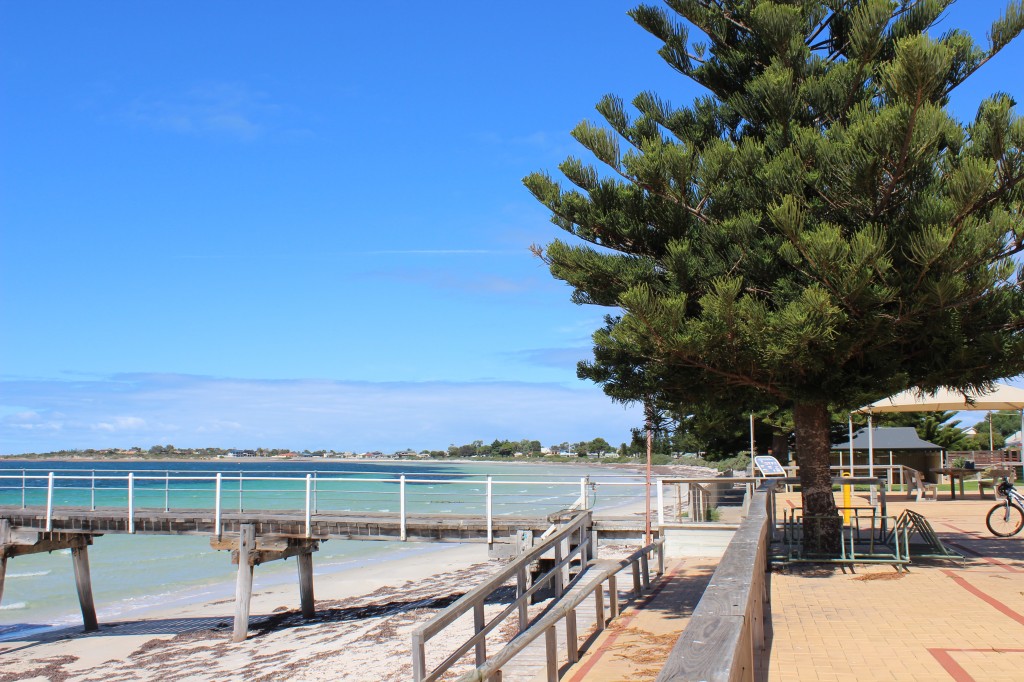 If you have a boat, a visit to nearby Joseph Banks Group of Islands is a must see as it is one of the marine wonders of the world and is famous for its fishing grounds and birdlife, including the Cape Barren Geese. I loved this little seaside town and could easily have spent more time here enjoying all Tumby Bay has to offer.

Situated on Boston Bay, one of the largest protected natural harbours in the world and three times the size of Sydney Harbour, Port Lincoln is the home to Australia’s largest commercial fishing fleet. Port Lincoln is well known for having a vast variety of seafood from the beautiful pristine waters surrounding Eyre Peninsula’s east coast. 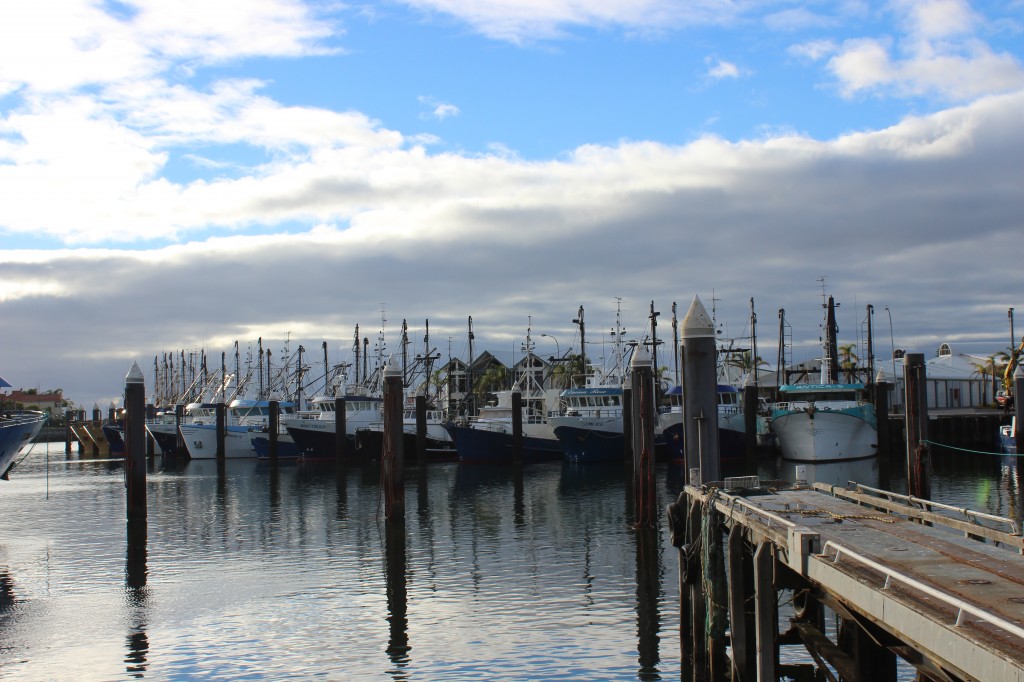 To whet your appetite, here are just a few of the varieties of seafood that are in abundance in Port Lincoln:

There are many ways to have a ‘seafood experience’ ranging from dining at one of the many fine seafood restaurants in town; to getting up close and personal to Tuna in one of the Tuna ponds; to a tour through the a seafood processing factory with a seafood tasting at the end of the tour. 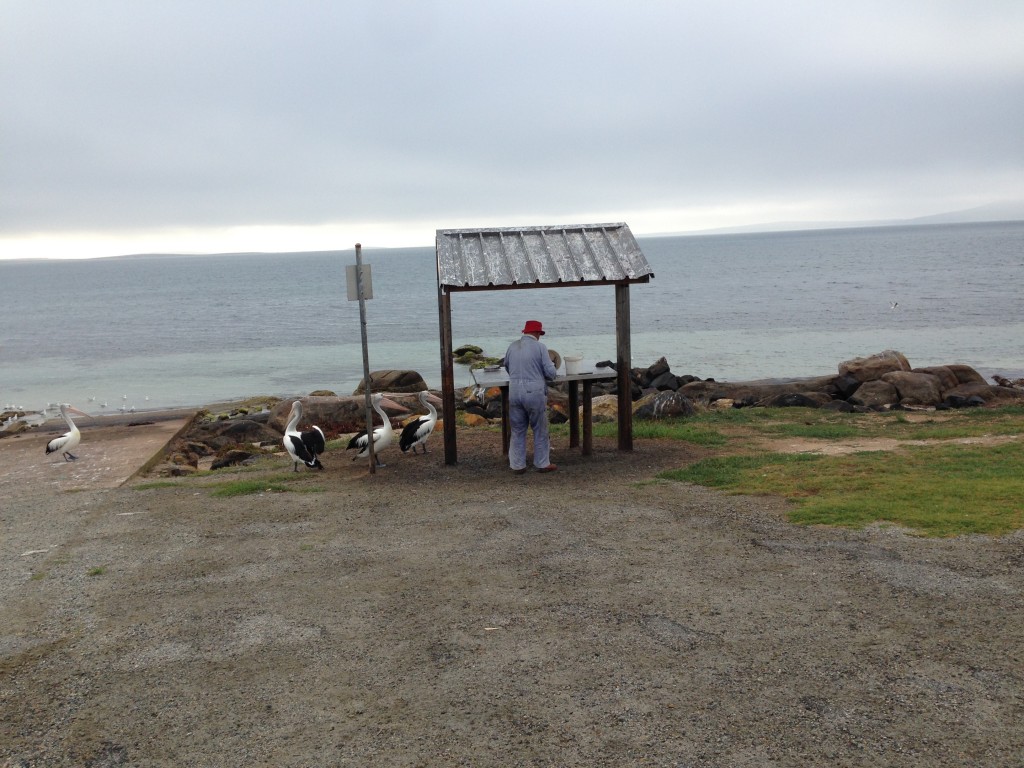 For the adventurous, you can go Shark cage diving and come face to face with the ocean’s ultimate predator – The Great White Shark.  For a more sedate adventure you can swim with the Sea Lions on a half day cruise with one of the charter operators.  You can also get aboard a fishing charter and try your hand at catching your own fish.

You can enjoy the great outdoors with the following activities: 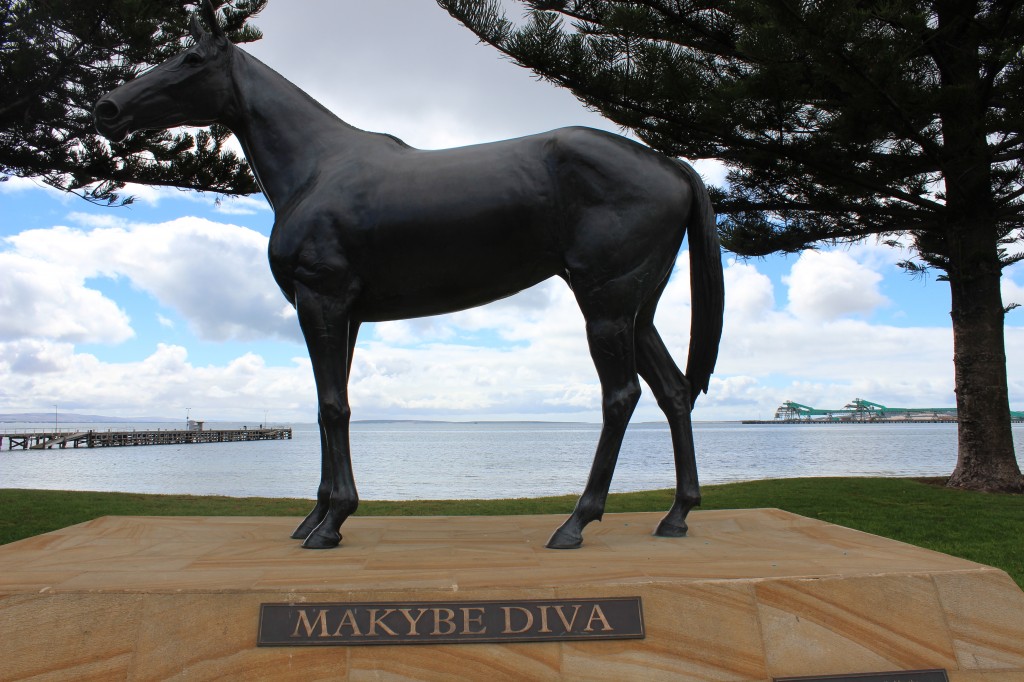 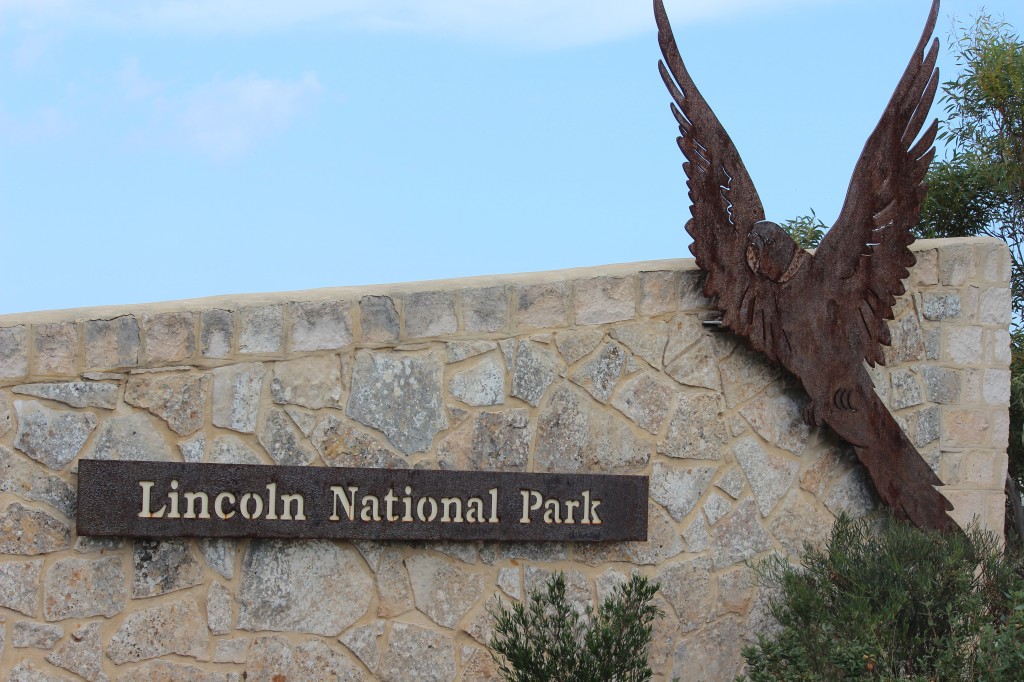 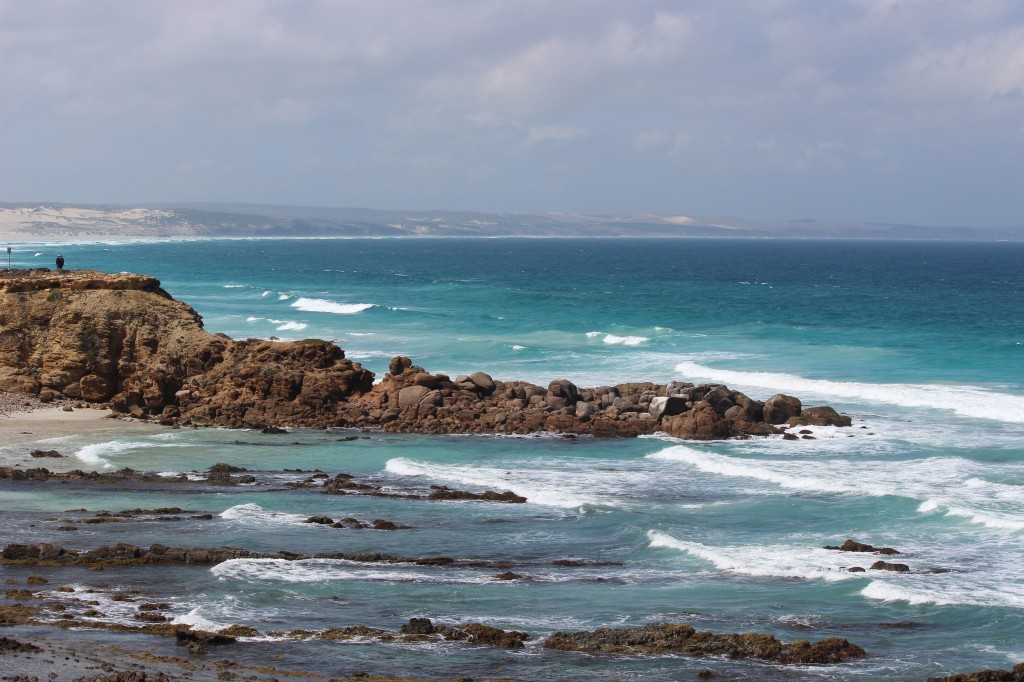 View from Lookout at Sleaford Beach 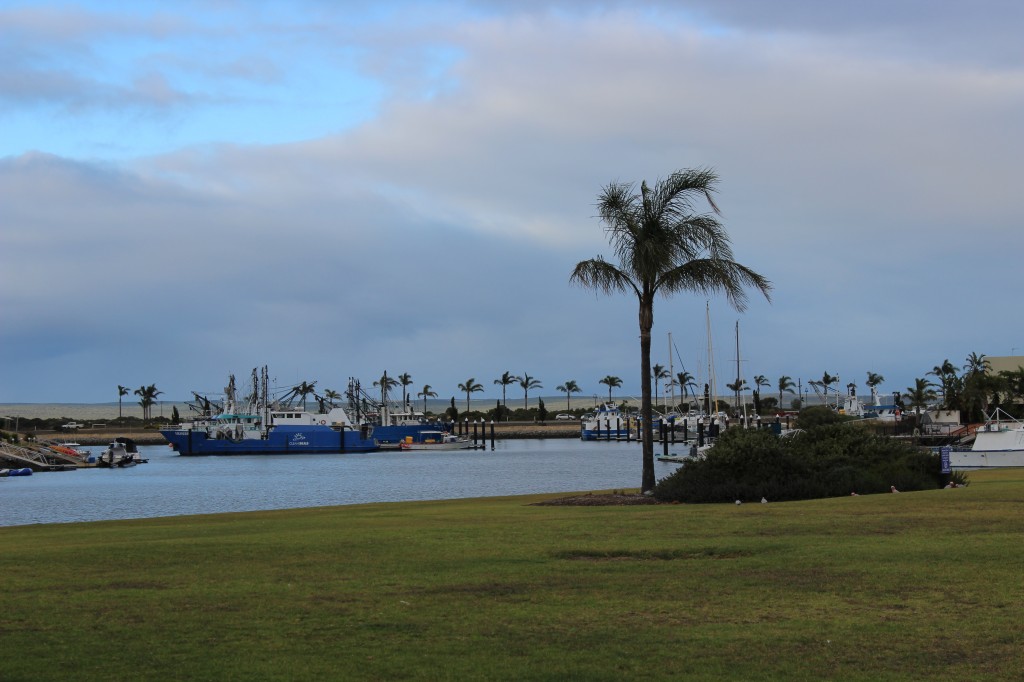 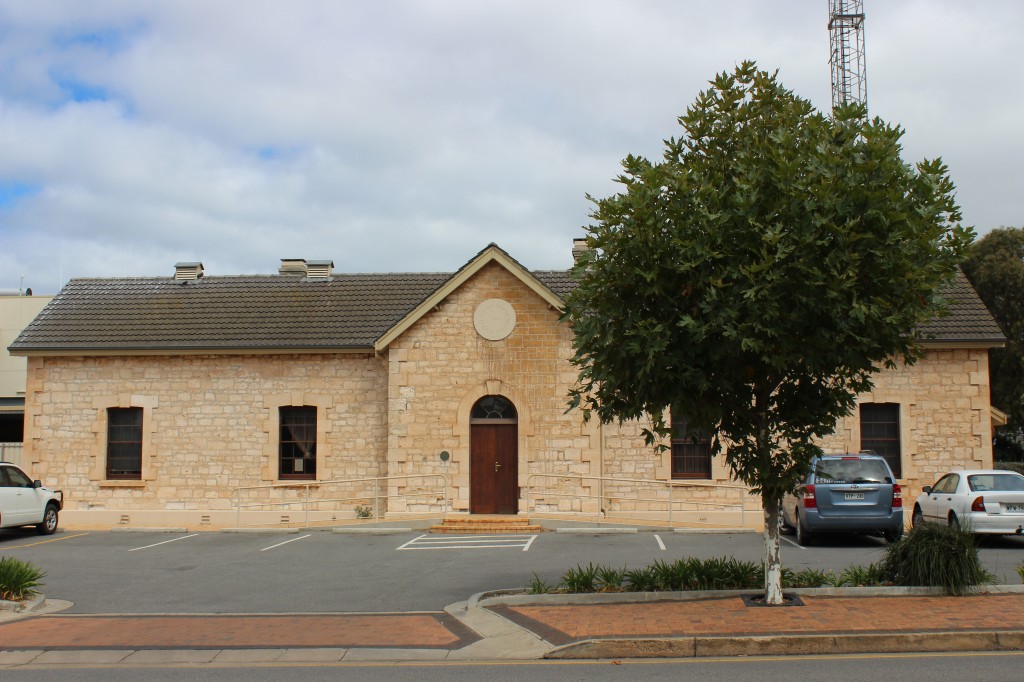 Featuring some of the most accessible and ruggedly beautiful coastal scenery in South Australia, Whaler’s Way is a wonderland of cliffs, blowholes, crevasses, caves and white sandy beaches.  Couple this with the whaler’s days long gone, but still in evidence at the old Sleaford Bay Whaling Station, sited at Fishery Bay. 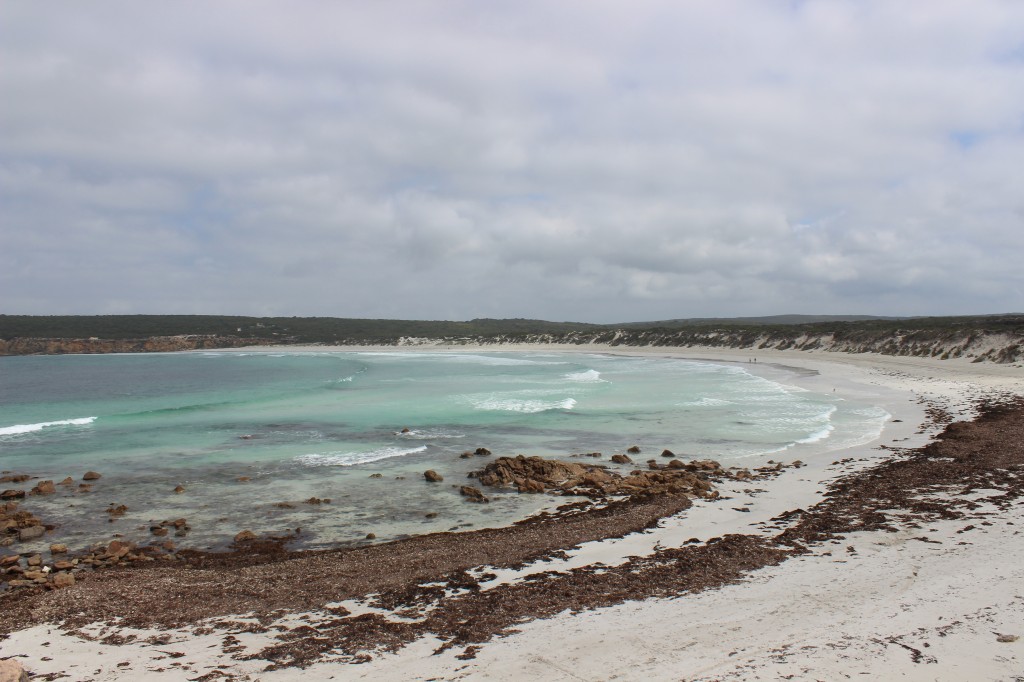 Whaler’s Way is situated at the southern-most tip of the Eyre Peninsula and is an absolute must see. It is privately owned land, so once you get a permit and a key from Port Lincoln’s Visitors Information Centre, you head south west for 32 kilometres until you reach the entry gate.  With map in hand you enter the property and meander your way along 14 Km’s of dirt roads with all points of interest signposted along the way.  The dramatic scenery simply took my breath away. 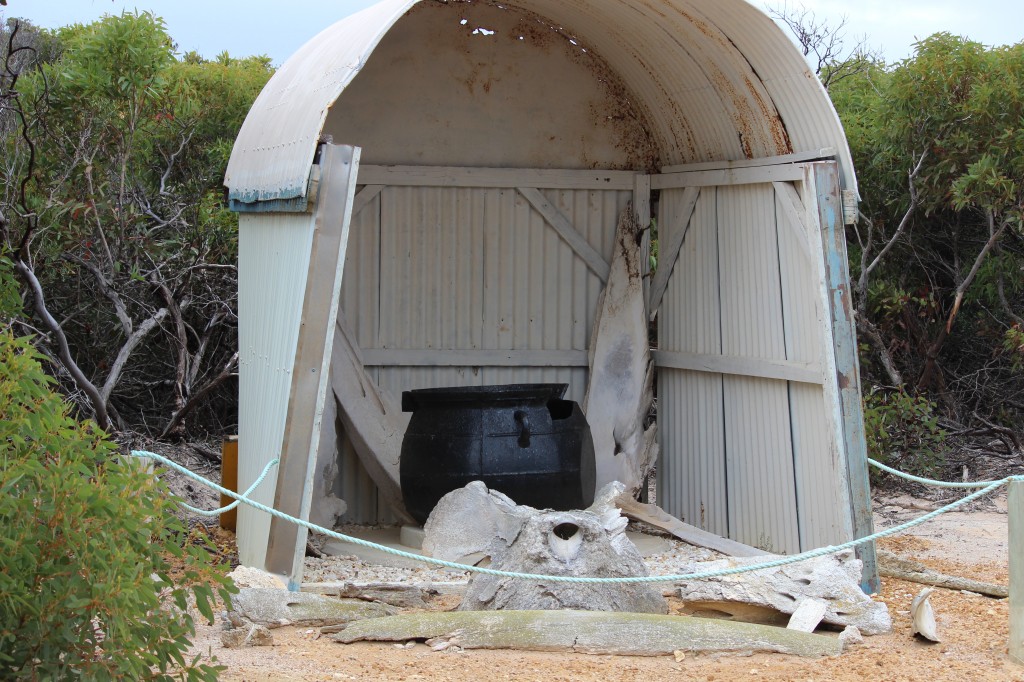 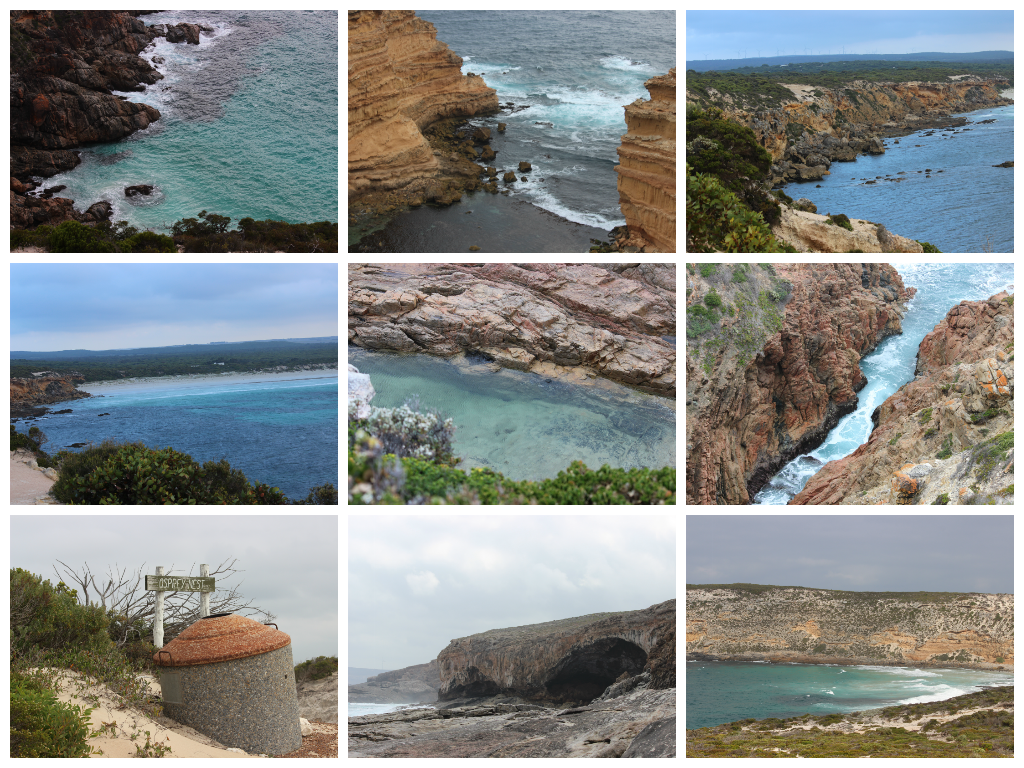 Whaler’s Way was a touring adventure that I will long remember and possibly the highlight of the Eyre Peninsula for me.  Although I don’t like to play favourites, this all-encompassing wilderness full of history and natural beauty, would have to be up there on a long list of ‘mandatory must-sees’.

Spread the love
East Eyre PeninsulaEyre PeninsulaPort LincolnTravel South Australia
By 50 Shades, April 21, 2014 Kathy was a 50 something year old when she started up this blog 6 years ago, but has since turned over another decade and is now in her early 60s. She is married with two adult children and lives on the Tweed Coast of New South Wales, Australia. Kathy enjoys living life to the fullest and loves to keep fit and active by maintaining a healthy diet and exercising regularly. Some of her interests include reading, photography, travelling, cooking and blogging! Kathy works part-time as a freelance writer but her real passion is travelling and photographing brilliant destinations both within Australia and overseas and writing about it.