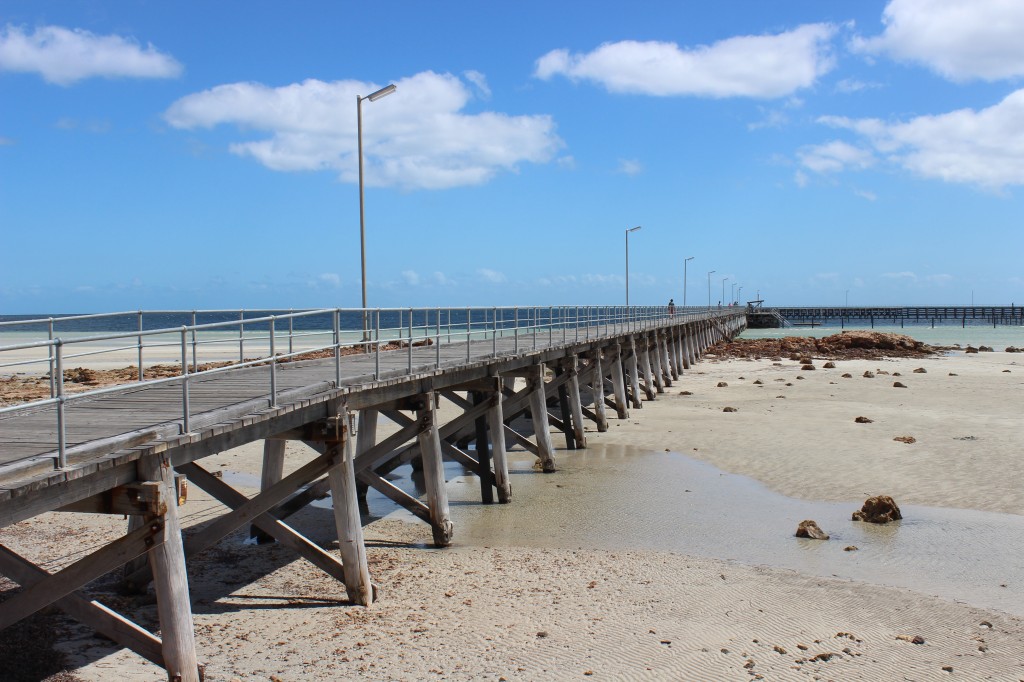 The Copper Coast is situated on the northern Yorke Peninsula, less than two hours drive from Adelaide.  In the late 19th century two shepherds stumbled across green rocks at a sheep station called Wallaroo, heralding what would become a great copper mining dynasty. It was the beginning of a mining boom in the areas of Moonta, Kadina and Wallaroo.

The district became known as ‘Australia’s Little Cornwall’ because early miners who emigrated to the area were of Cornish descent.  A walk through Moonta cemetery indicates the Cornish birthplaces of many early residents.

Moonta and Wallaroo mining companies amalgamated in 1890 and about 170,000 tonnes of copper metal ore worth 5.6 million pounds were mined. The closure of the mines in 1923 led to a rapid decline in population particularly in the mine area.  However the remnants of the mines have remained and attracts many visitors to the area. 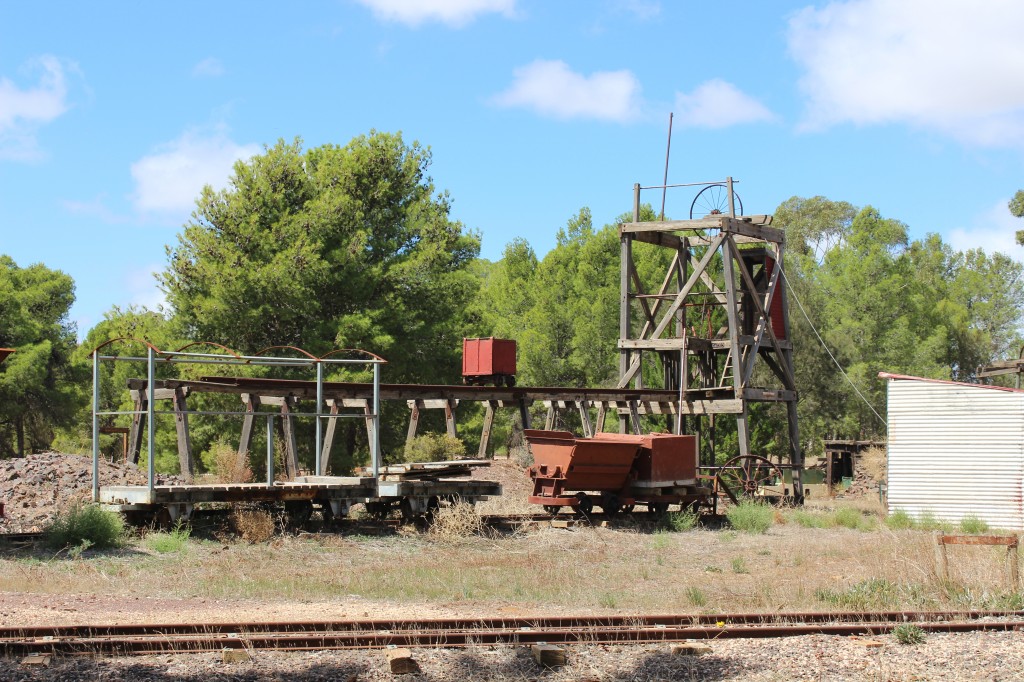 The Copper Coast, which has always proudly celebrated its past, has matured into a vibrant community with its own special identity.  It is a popular holiday destination with a range of attractions such as unspoilt coastlines, pristine waters, safe swimming beaches and good fishing.

Whether it be to discover the fascinating heritage of the town or appreciate the lifestyle of the beach and fishing scene, Moonta, Moonta Mines, Moonta Bay and nearby Port Hughes, is a well known tourist destination.

The top ten must do things in Moonta are: 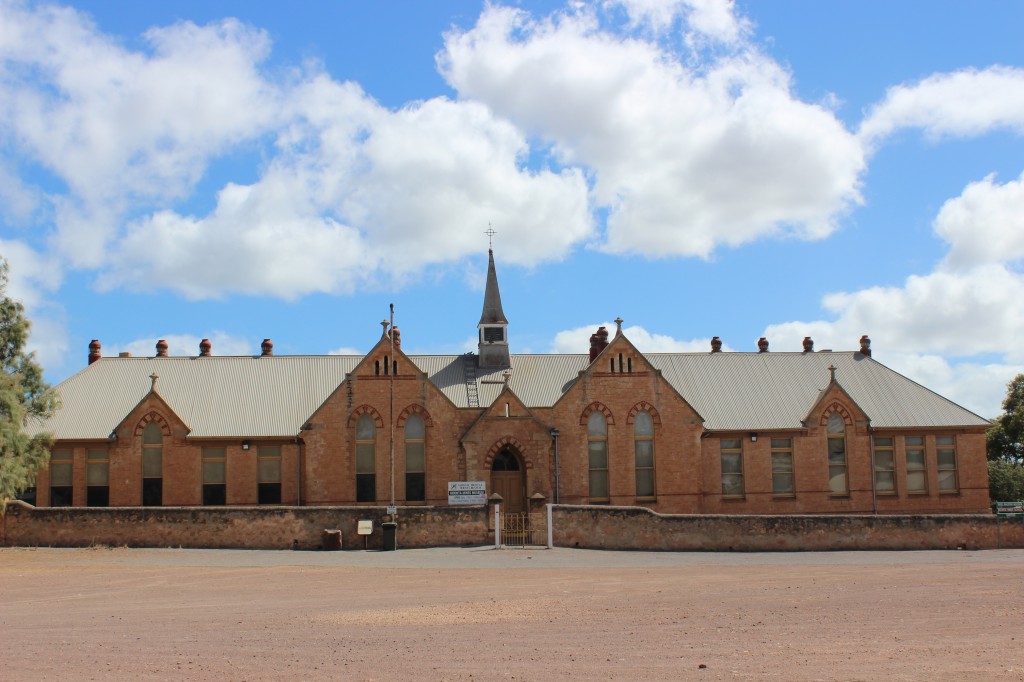 3.  Go to the Old Railway Station and Moonta Tourist Office which is more than 100 years old and now houses the visitor’s information centre. 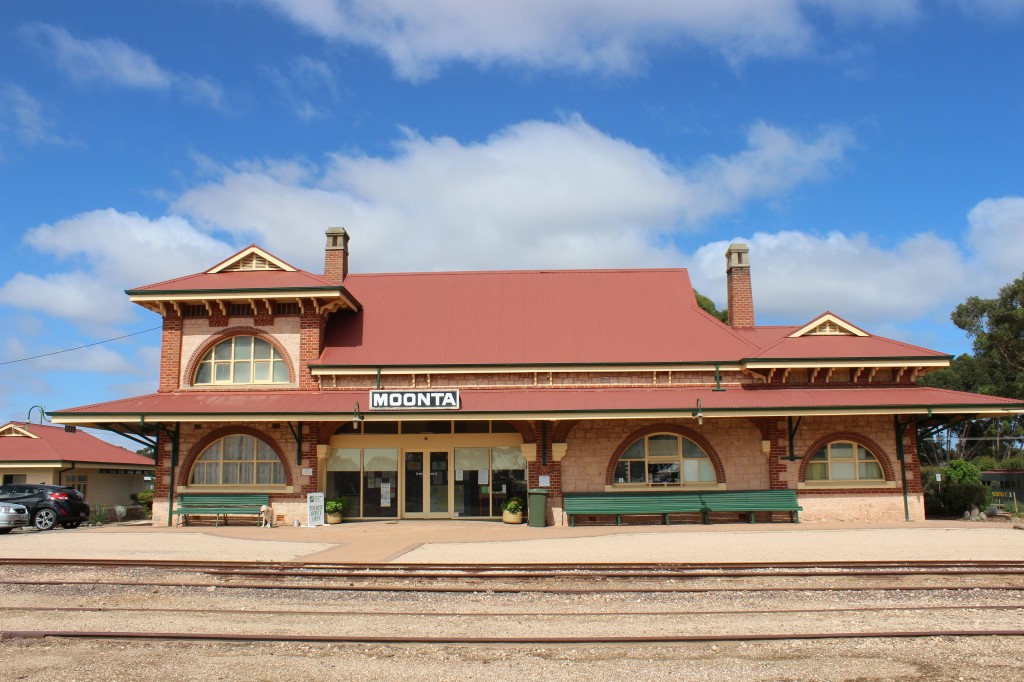 4.  Drive out to the Moonta Mines and follow the mine’s heritage trail and see the Old Sweet Shop, Miner’s Cottage, Richman’s Enginehouse, Hughe’s Enginehouse and the Tailing Heap. 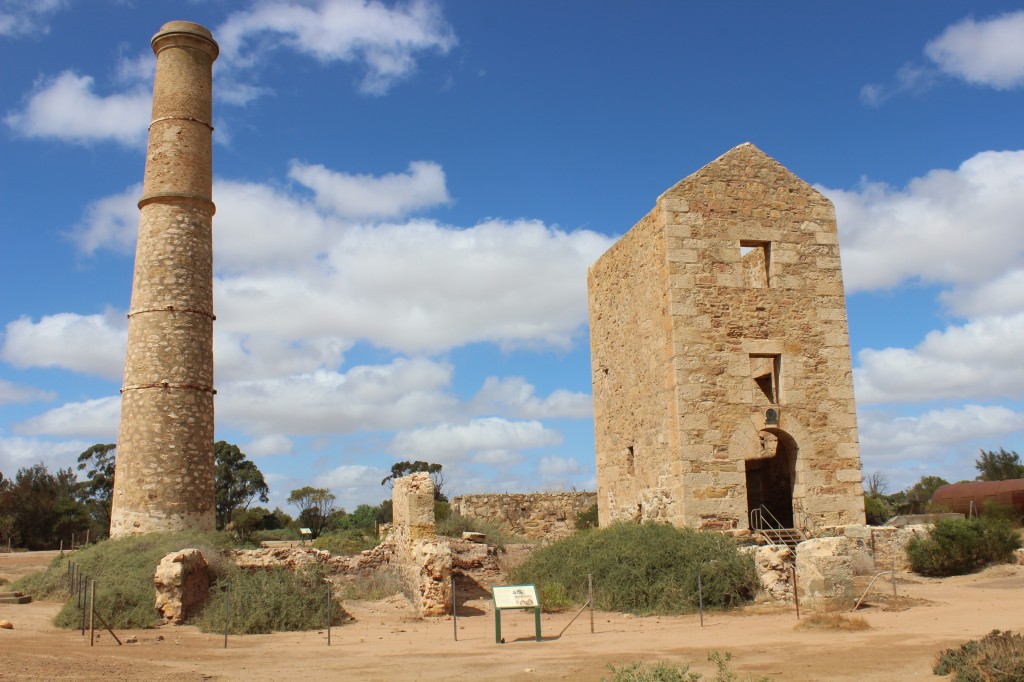 5.   Walk up the stairs of the 20 metre high Tailing Heap which gives superb views of the surrounding district. 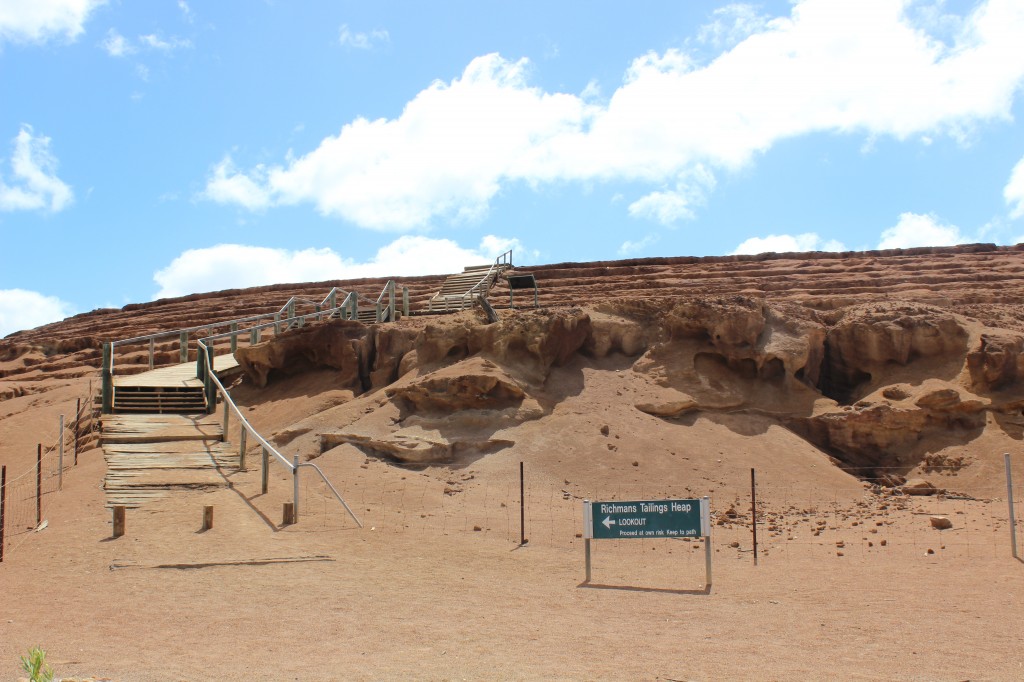 6.  Follow the heritage trail through the township of Moonta seeing old buildings such as the Town Hall, Methodist Church, School of Mines, Moonta Hotel and Row Cottages.

7.   Eat a delicious traditional Cornish pasty at one of the bakeries in town. 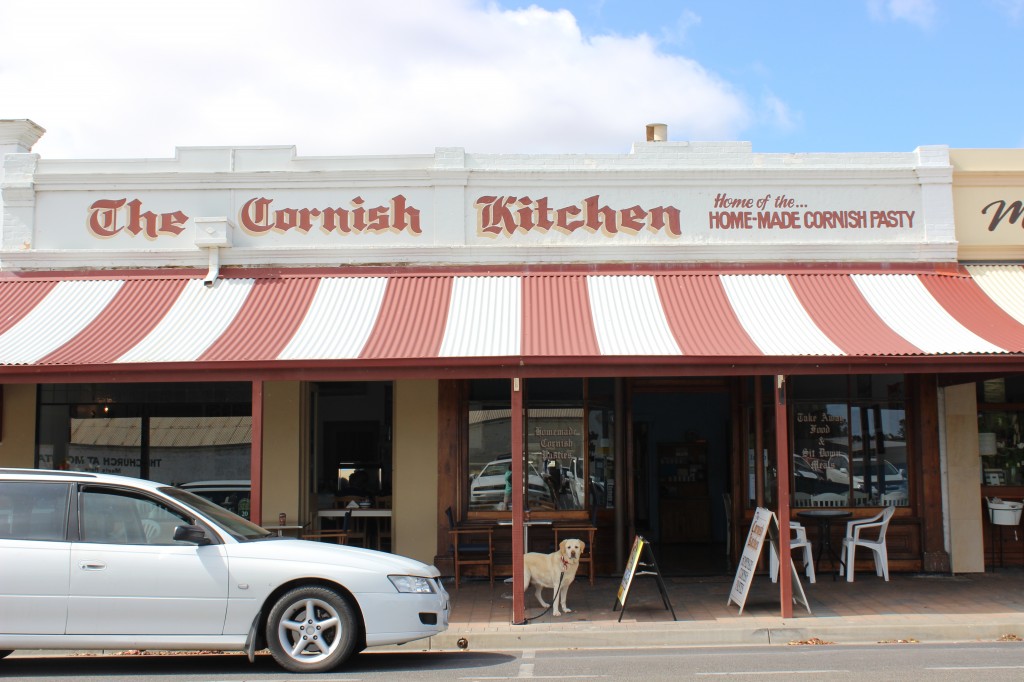 8.   Have a fish off the Moonta Bay Jetty or swim in the swimming enclosure.  Alternatively swim at the lovely sandy beach nearby.

9.   Research your Cornish family history at the Moonta School of Mines and look at the interesting displays. 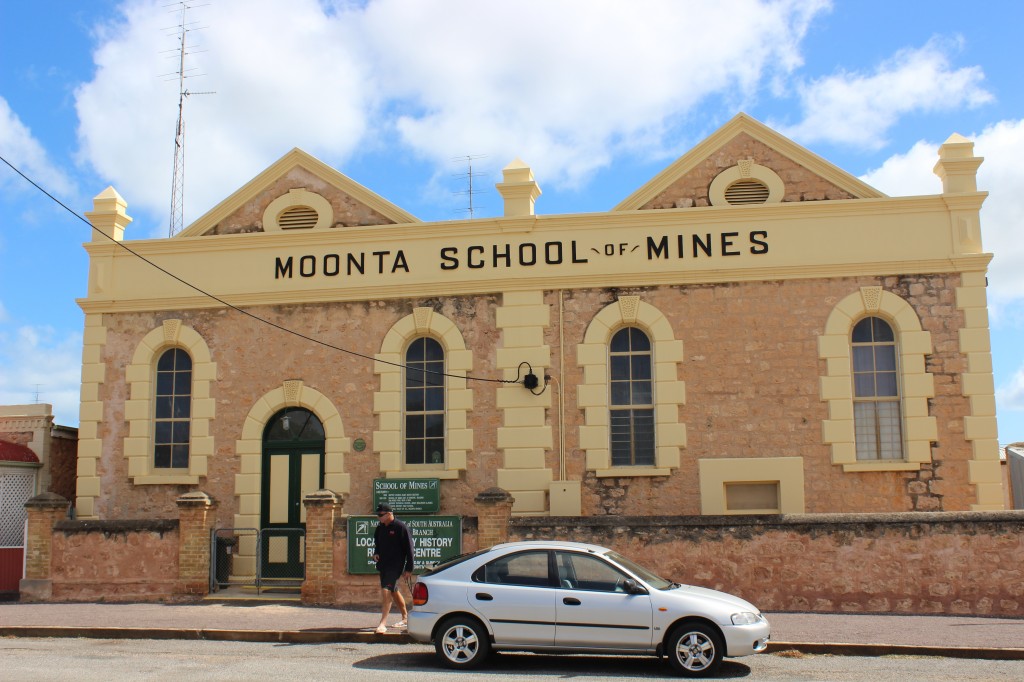 10.   Browse art exhibitions ranging from local to international renowned artists at the Moonta Gallery of the Arts.

Kadina is the largest town on the Yorke Peninsula and is a thriving commercial centre.  It’s name is aboriginal for Lizard Plain and Wallaroo Mines, where copper was first discovered, is a suburb of Kadina.  A few relics of the copper mining industry remain, along with many old limestone cottages still lived in today.

Ducatoon Park, a boutique horse stud which specializes in race horses, is six kilometres out of town and is one of the most picturesque properties in the region.  Visitors are welcome to view the working stud and may even get the chance to cuddle a new-born foal.  You can stroll through the extensive gardens, large walk-in bird aviary and Peter’s Brag Room showcasing his award-winning woodwork. 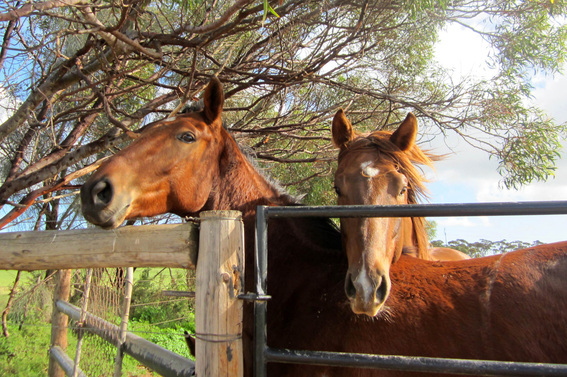 The Farm Shed Museum brings together some of the fascinating developments and practices of dryland farming and is worth a visit.  On the outskirts of town, the dominant feature of Wallaroo Mines, is a towering three storey building called Harvey’s Pump House which is of interesting. 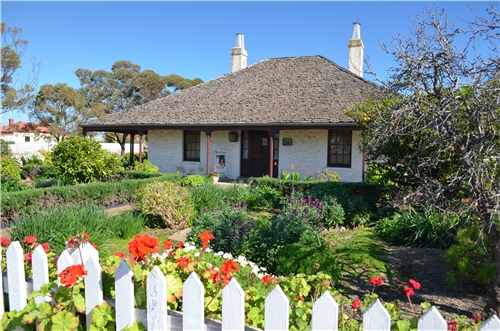 The largest seaside town on the Copper Coast was once the second busiest port in South Australia, mainly due to mining and smelting. The Wallaroo Jetty is 867 metres long and with three berths each side it can accommodate large freighters.  Its pristine waters provide a haven for multitudes of fish and there is a swimming enclosure which can be accessed via the jetty.

Wallaroo has a number of beaches including Office Beach, North Beach and Sailing Club Beach.  North Beach is one of the few beaches in South Australia on which a vehicle can be driven. Scuba diving is also popular in the waters of Wallaroo. 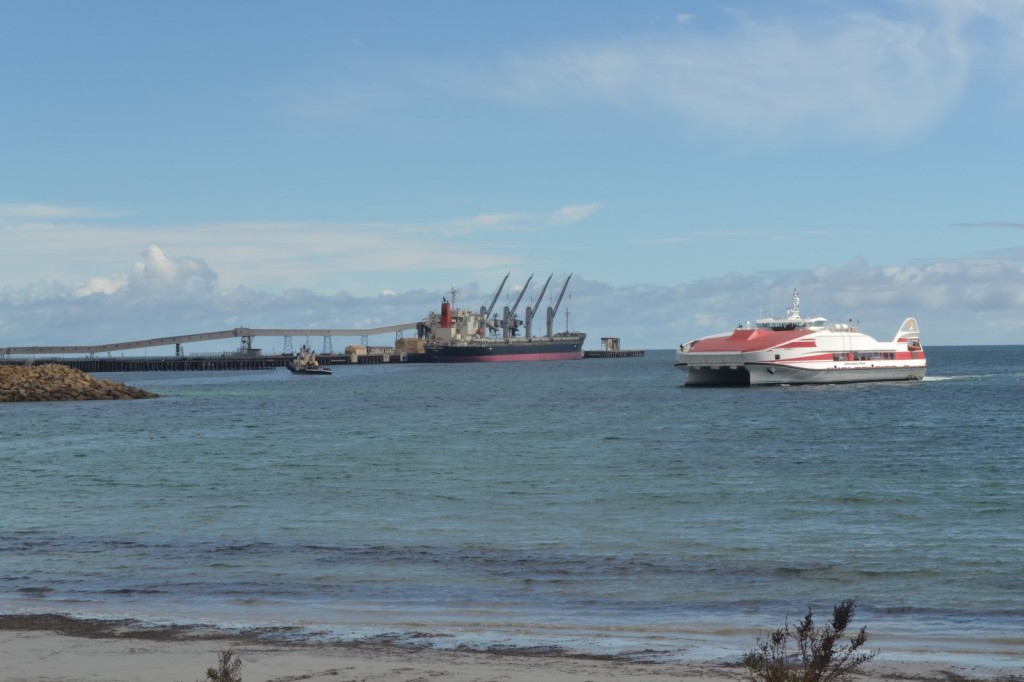 There is a ferry service which operates from Wallaroo across the Spencer Gulf to Lucky Bay on the Eyre Peninsula, which gives quick and easy access to the adjoining peninsula and cuts down on precious travel time via road.

A visit to the Wallaroo Heritage and Nautical Museum located in the town’s first Post Office provides an important insight into the early activities of the historic port.  This is depicted with more than 70 large ship models, photographs, documents, relics and old record books. 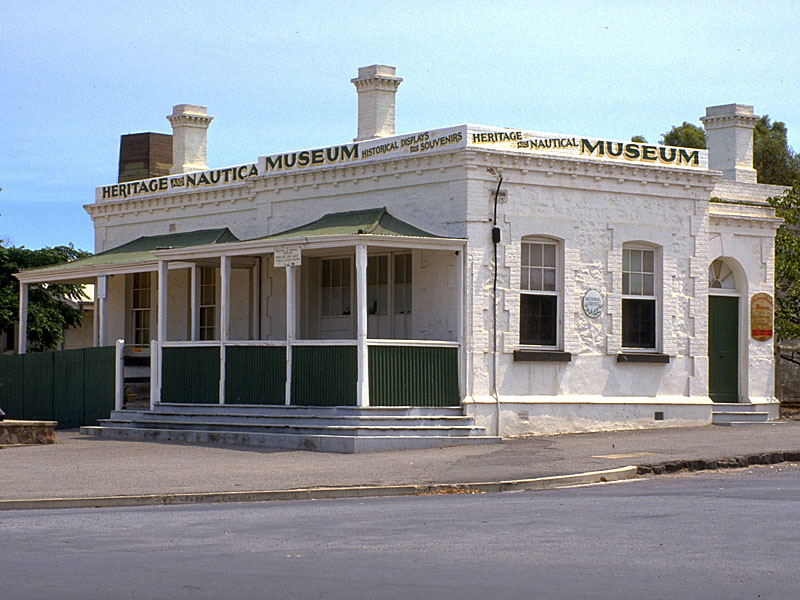 I found the Copper Coast a fascinating journey back into the mining history and heritage of the area. The contrast between the starkness and desolation of the old copper mines and the lovely sandy beaches with turquoise pristine water was spectacular.

Spread the love
Cooper MinesCopper CoastMoontaTravel South AustraliaWallarooYorke Peninsula
By 50 Shades, April 18, 2014 Kathy was a 50 something year old when she started up this blog 6 years ago, but has since turned over another decade and is now in her early 60s. She is married with two adult children and lives on the Tweed Coast of New South Wales, Australia. Kathy enjoys living life to the fullest and loves to keep fit and active by maintaining a healthy diet and exercising regularly. Some of her interests include reading, photography, travelling, cooking and blogging! Kathy works part-time as a freelance writer but her real passion is travelling and photographing brilliant destinations both within Australia and overseas and writing about it.