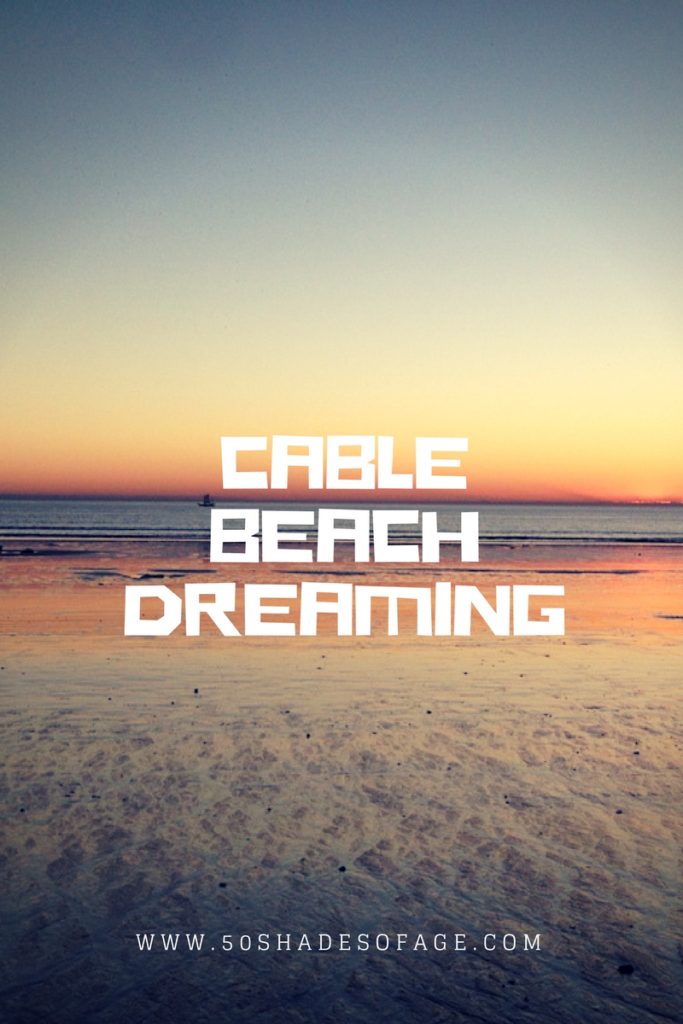 Where on earth did such a stunningly beautiful beach get a name like Cable Beach? This was my first question when we eventually arrived in Broome on our around Australia trip. Apparently it is was named after just that – boring old cable, that was laid between Broome and Java in 1889 for telegraph lines. Since visiting this celebrated beach, known for it’s breathtaking sunsets and camel safaris, I have been doing some Cable Beach dreaming and wishing I was back here!

Cable Beach, in Broome in North Western Australia, is a 22 kilometre-long stretch of pure white sand, set against a backdrop of red ochre cliffs and fringed by the turquoise waters of the Indian Ocean. The contrasts of the vivid colours is soul-stirring and I think that this alone is what makes this beach one of the top beaches in Australia. 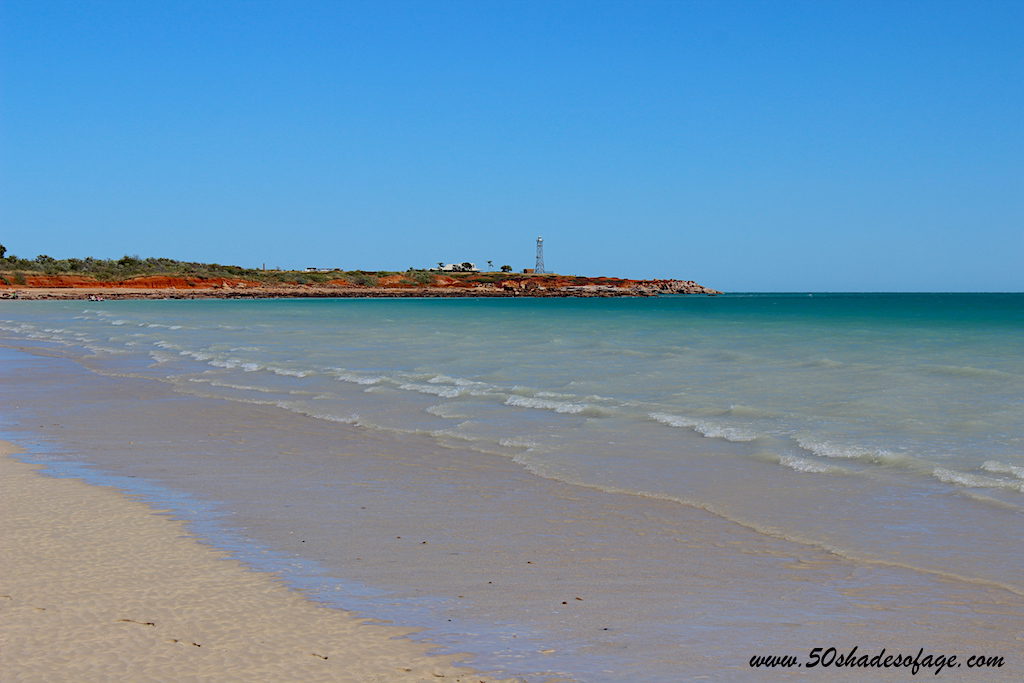 Broome is almost the last bastion of civilization prior to reaching the northern-most tip of Western Australia and the vast Kimberley region. It is not surprising that it is an extremely popular tourist destination and visitors and grey nomads doing the big lap of Australia, flock to this town during the cooler and drier winter months from May to August. In fact it was so popular that we needed to book far ahead to get a caravan site. 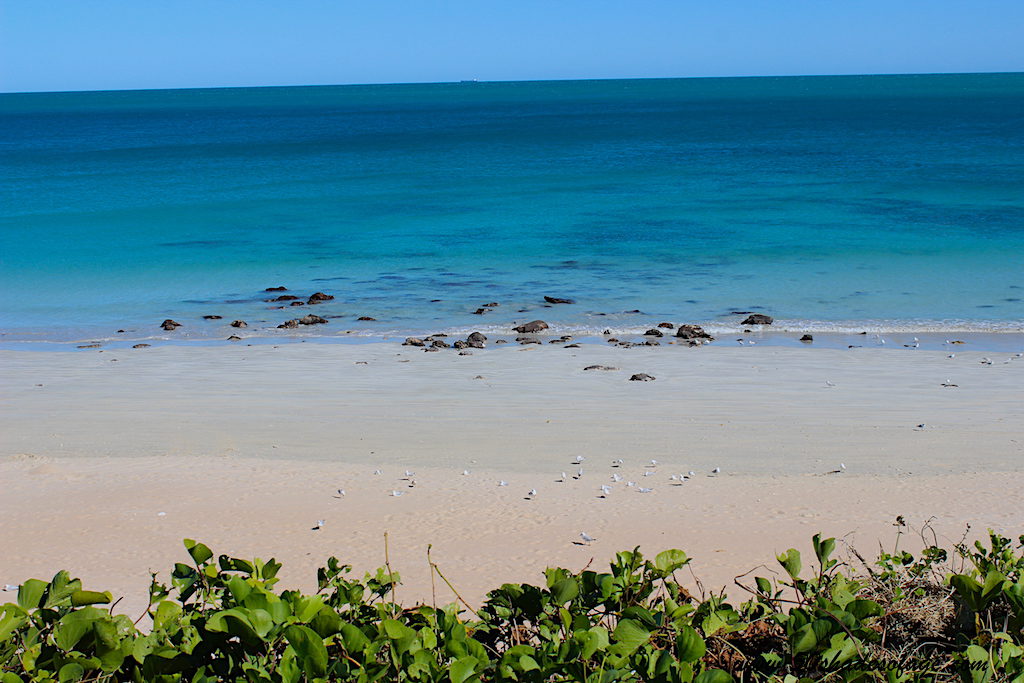 At the southern end of Cable Beach is Gantheaume Point with it’s collection of rich red rock formations that contrast against the turquoise sea and where at low tide, you can see 130-million-year-old dinosaur footprints. Also you can look for the skeletal tower of the Gantheaume Point Lighthouse, a steel structure that was built to guide ships around the point. 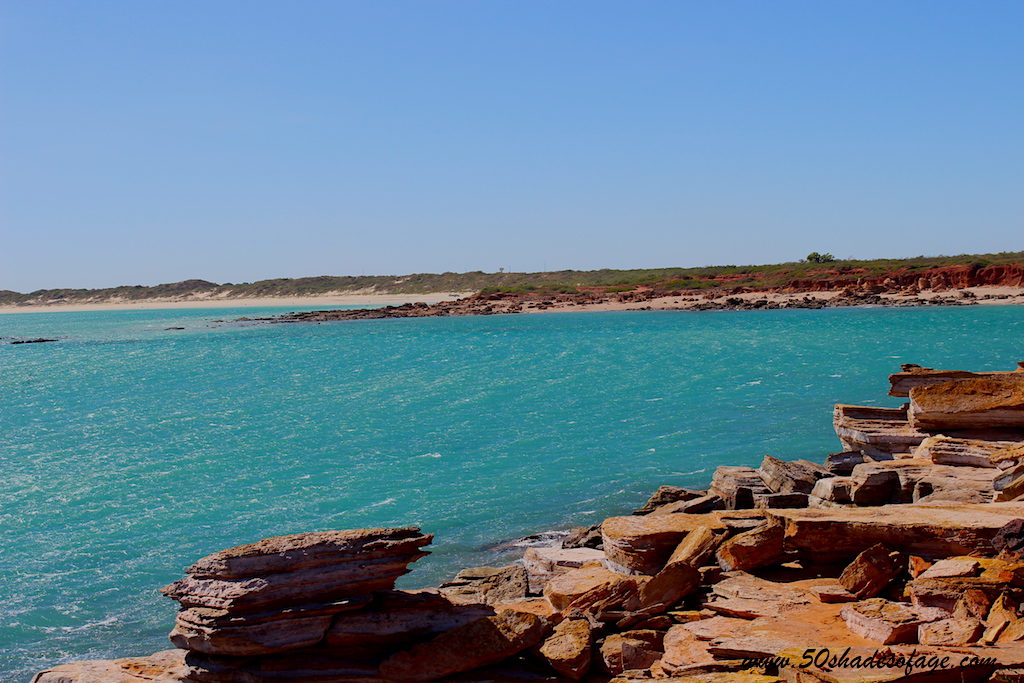 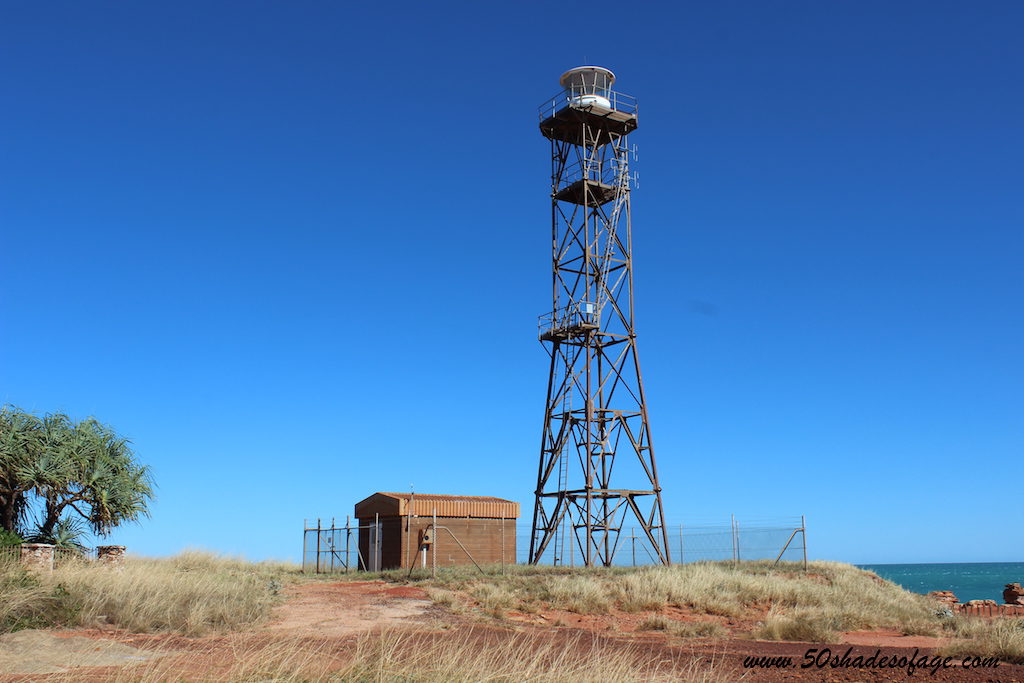 We didn’t realise that since the 1960s, naturists have gathered on a section of Cable Beach known as “north of the rocks”, to sunbake, fish and swim in the nude. We only stumbled across this section of the beach by accident and soon realised that it was clothing optional when we encountered an extremely tanned naked woman fishing in the shallows. So if you are offended by nudity I would recommend keeping south of the rocks. 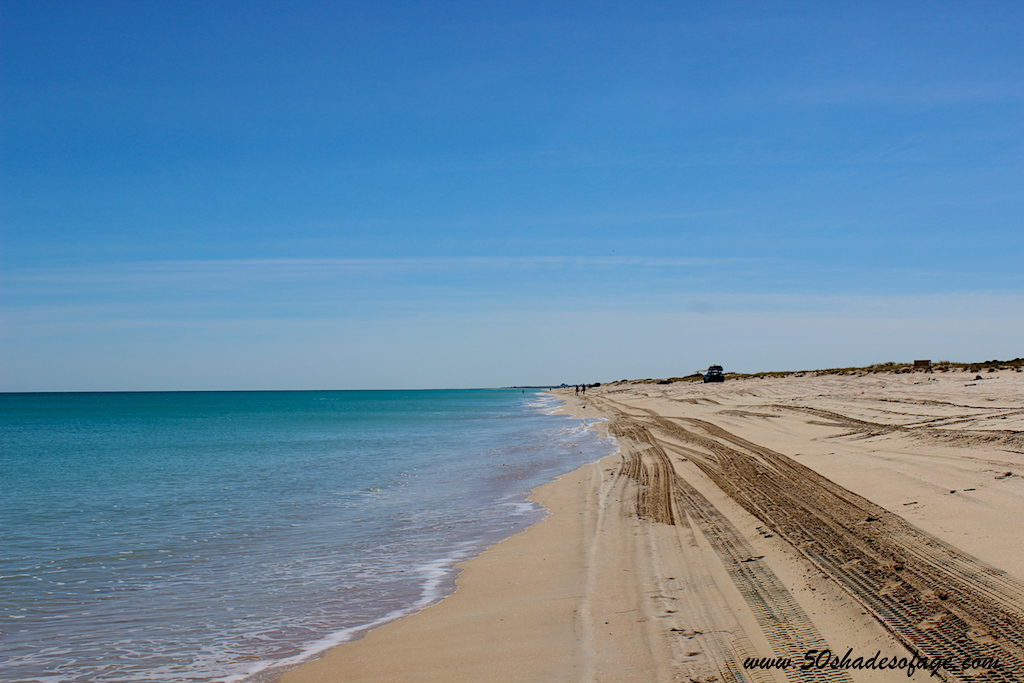 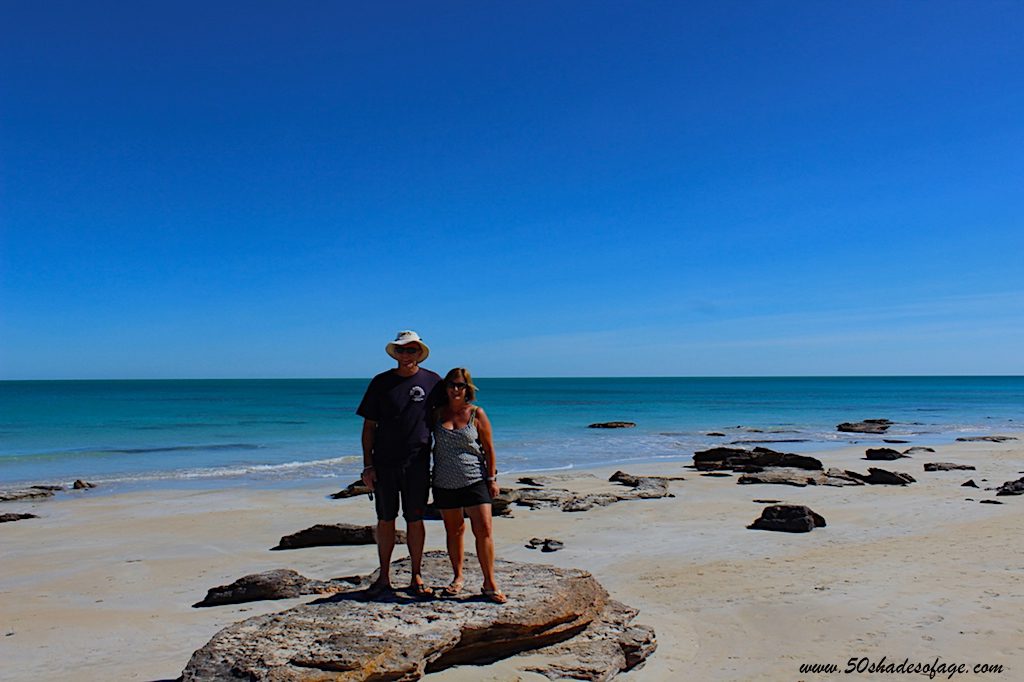 We noticed people kayaking and standup paddle boarding in the calm waters along the beach, but not too many swimmers. As we learnt a few days later, after we had been swimming here a few days in a row, there was a large ‘Salty’ or Saltwater Crocodile seen swimming in the waters. We soon made the decision not to swim here again! 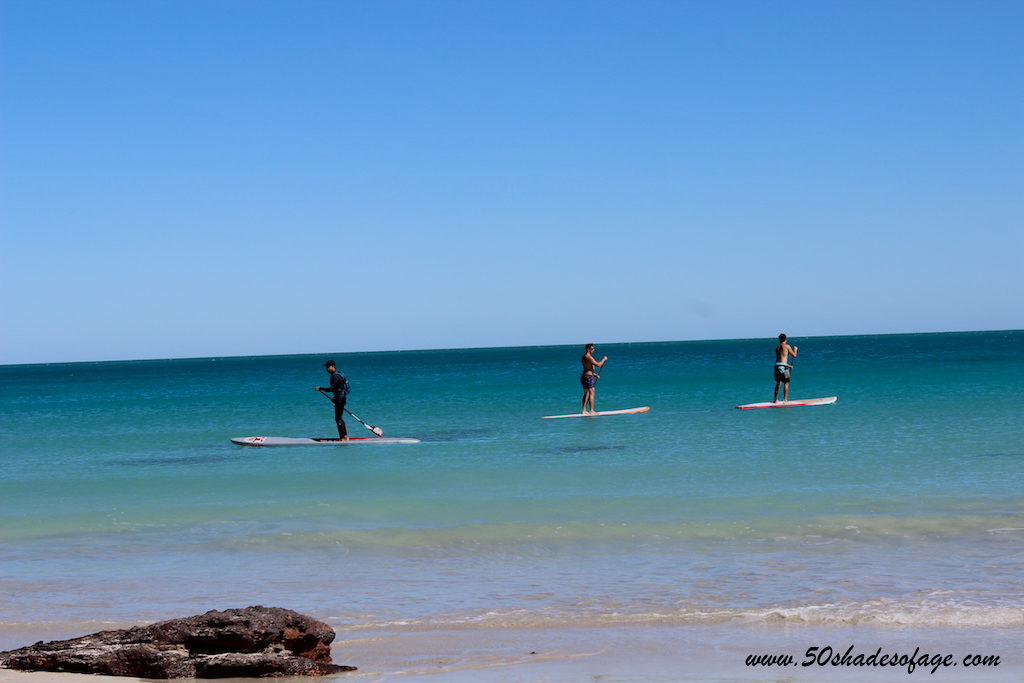 One of the biggest drawcards to Cable Beach are the simply spectacular sunsets over the Indian Ocean. You can drive your 4WD right on to the sand for sunset drinks and aperitifs whilst watching the spectacle of the colourful light show of the sunset and the camel safaris along the beach. Otherwise you can sip a cocktail at one of the beachside bars in the string of resorts beside the beach. 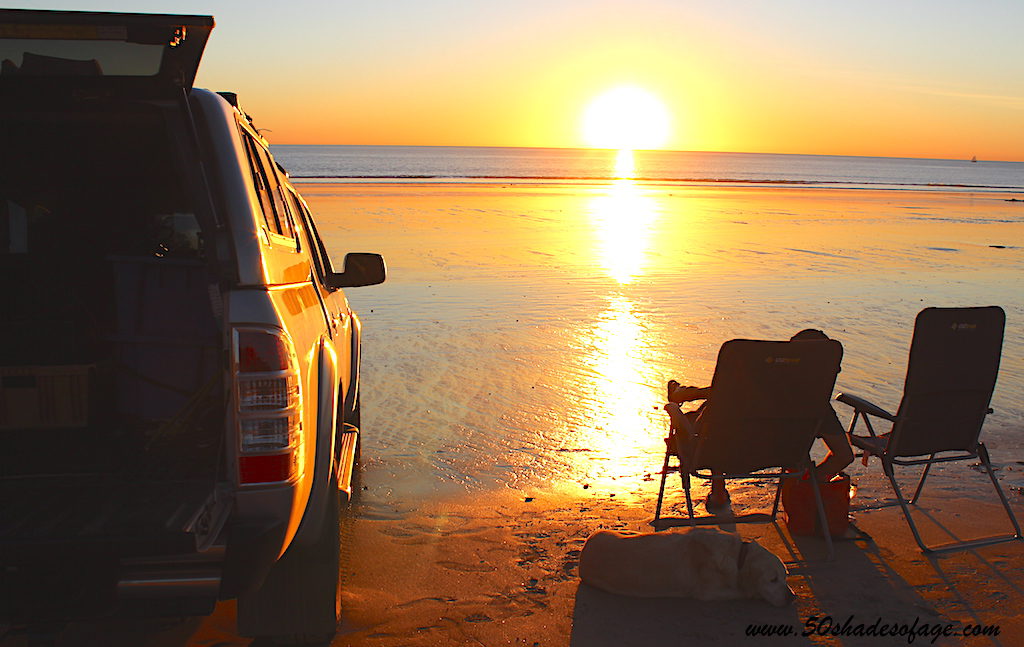 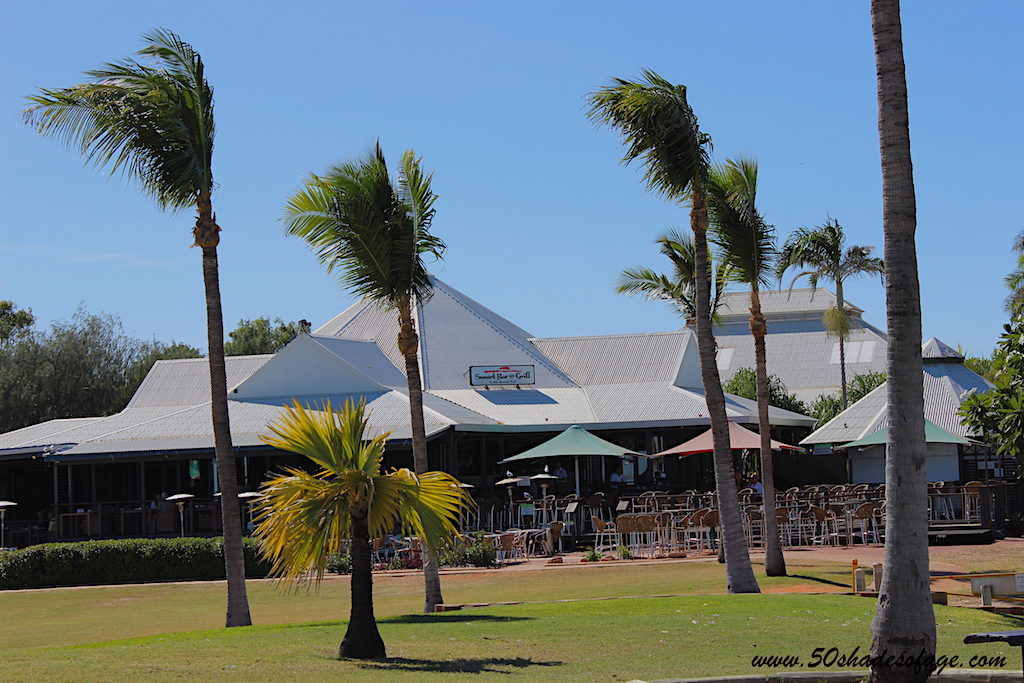 There are two tour companies that conduct camel rides or safaris on Cable Beach. For around $70 you get to ride a camel with experienced camel handlers from pre-sunset to post-sunset for about an hour sauntering along the long stretch of beach. I was fortunate to experience this and would recommend it to anyone visiting Cable Beach. 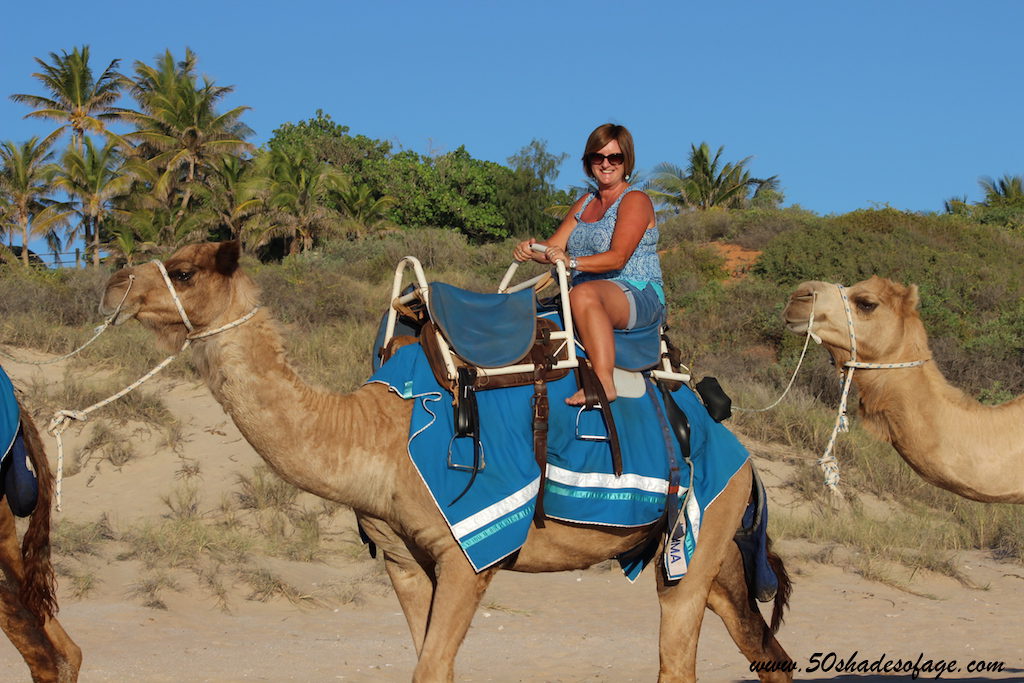 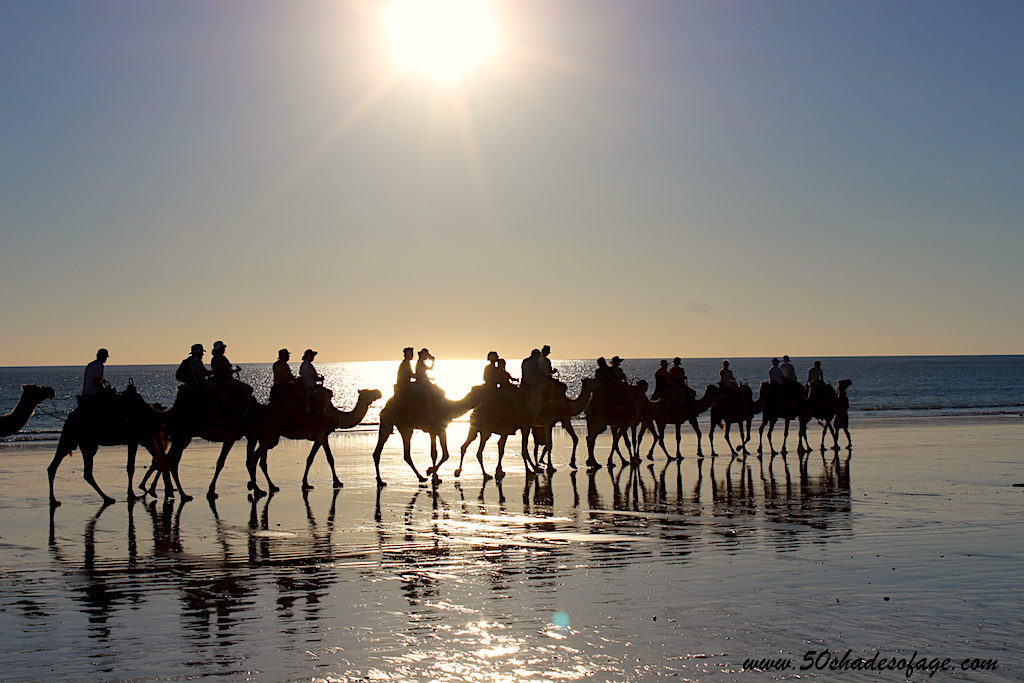 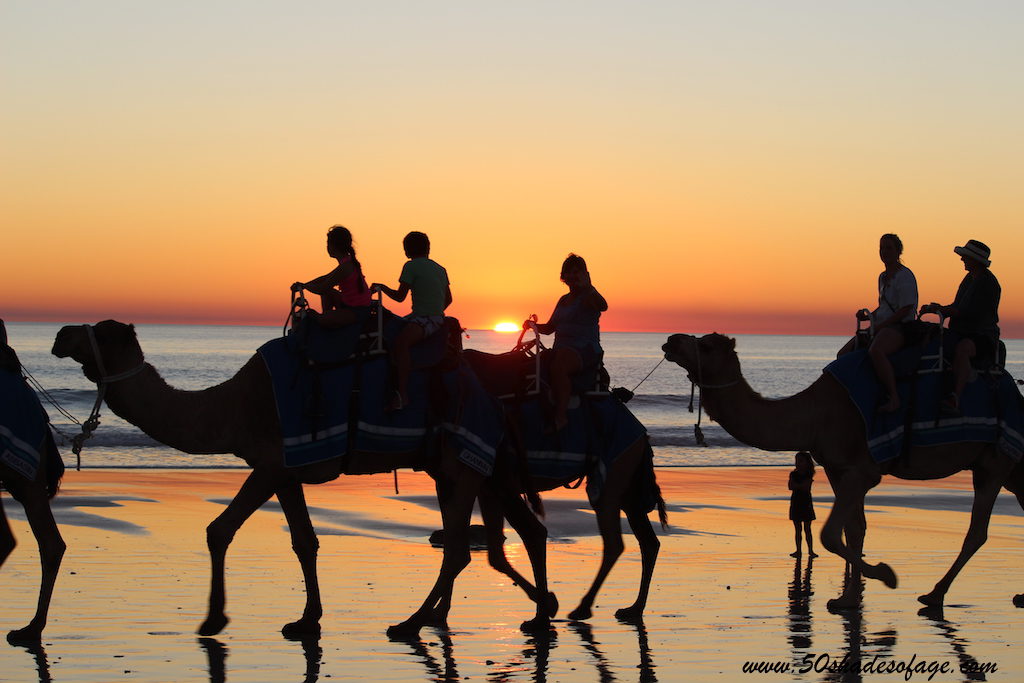 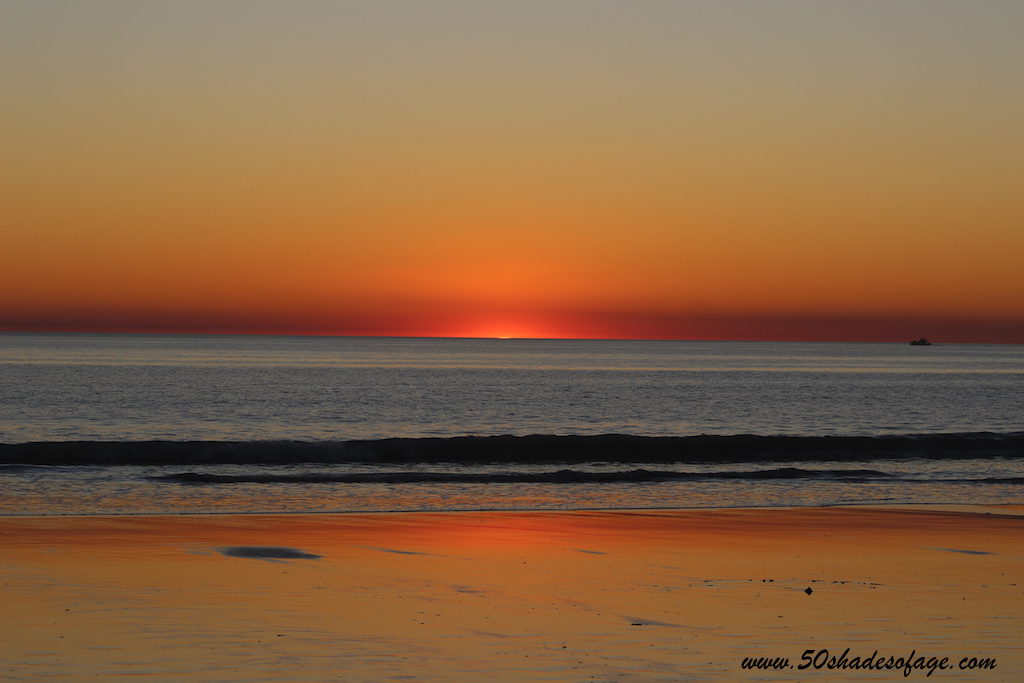 Although Cable Beach in Broome is a little remote and difficult to get to, it is one of those must see travel destinations in Australia that everyone should do at least once. I could easily escape the cold months during winter and stroll along this ravishing beach, climb aboard a camel or just sit back and chillax with a chilled wine in hand and watch the light shedding colours on the beach as the sun goes down.

Have you been to Cable Beach? Is it on your bucket list?

Johanna from Lifestyle Fifty
Deb from Debbish
Min from Write of the Middle.
Leanne from Deep Fried Fruit
and of course me, Kathy from 50 Shades of Age
An InLinkz Linkup

Spread the love
BroomeCable BeachCable Beach CamelsCable Beach SunsetNorth Western AustraliaThe Kimberley
By 50 Shades, March 2, 2017 Kathy was a 50 something year old when she started up this blog 6 years ago, but has since turned over another decade and is now in her early 60s. She is married with two adult children and lives on the Tweed Coast of New South Wales, Australia. Kathy enjoys living life to the fullest and loves to keep fit and active by maintaining a healthy diet and exercising regularly. Some of her interests include reading, photography, travelling, cooking and blogging! Kathy works part-time as a freelance writer but her real passion is travelling and photographing brilliant destinations both within Australia and overseas and writing about it.