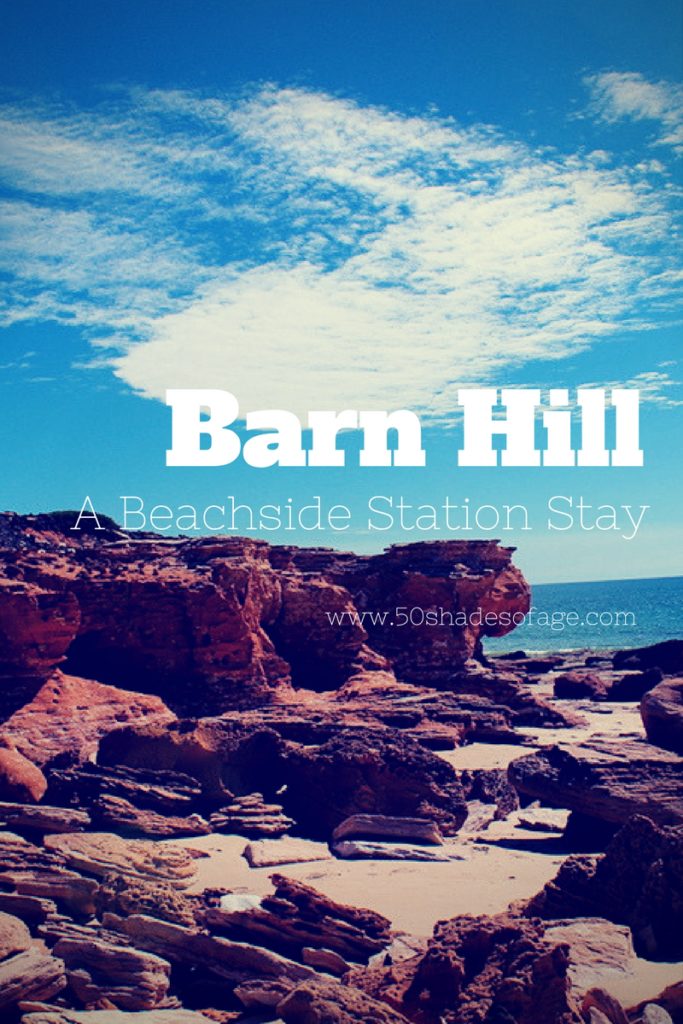 One of the biggest advantages of travelling around Australia is that you get to meet some of the nicest people who like nothing better than to give you advice on how, when and where to camp. We met a couple earlier on our trip on the Eyre Peninsula in South Australia, who joined us for drinks one evening and gave us the most comprehensive guide to the best places to camp along the Western Australian coastline. One that came highly recommended was Barn Hill: a beachside station stay.

Whoever would have thought that a cattle station would have such a breathtaking location on the beachside? We knew we were in for a treat. After travelling through the vacuous terrain of The Pilbarra, Barn Hill was like an oasis in the middle of the desert! 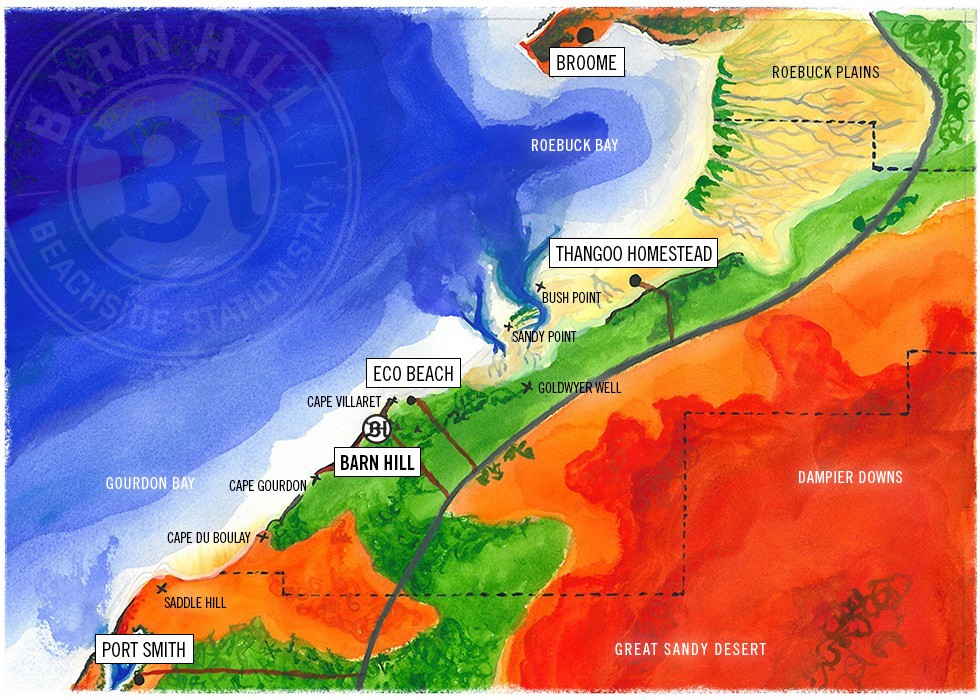 Barn Hill Beachside Station Stay is located 128km south of Broome, in North Western Australia, 9km off the Great Northern Highway. It is actually a caravan park located on the station property that offers full amenities, lovely shady trees and even a lawn bowling green. 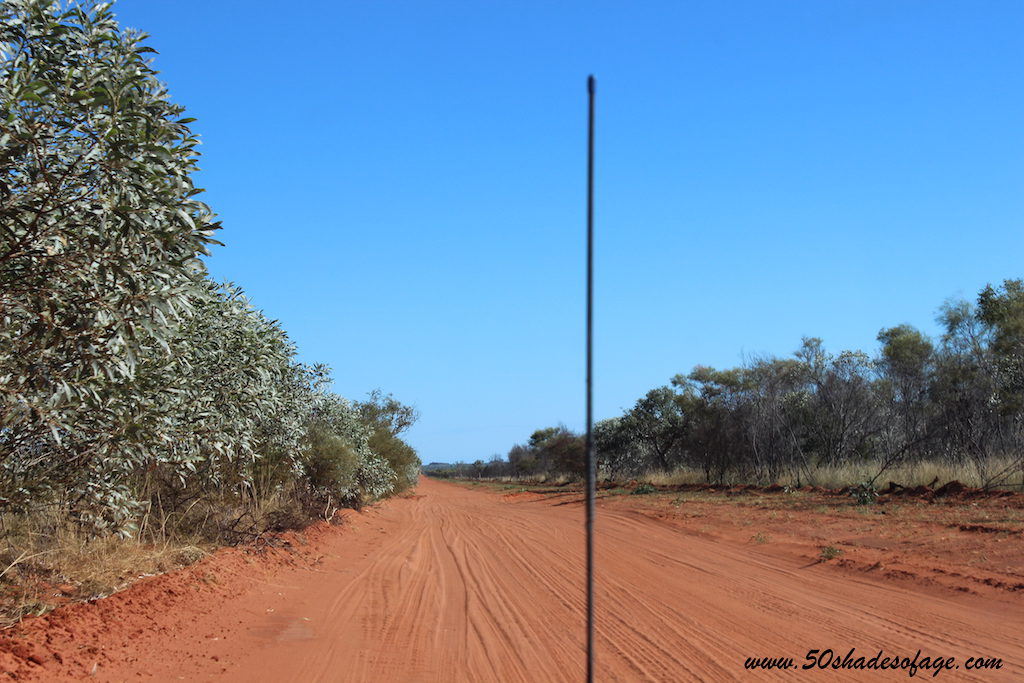 Situated within Thangoo Station, one of the few beef cattle stations in the Kimberley that is still family owned and operated, the caravan park is the gateway to more than 50 km of pristine untouched rugged coastline lined by the heavenly blue Indian Ocean. 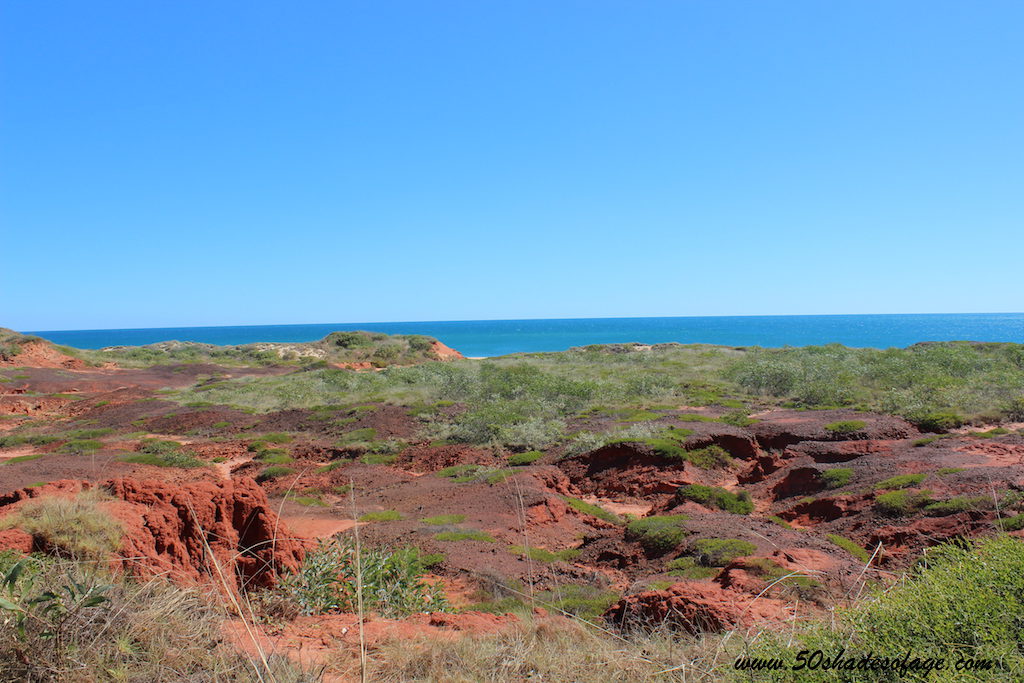 Views of the Indian Ocean from the Caravan Park

We found that the red dirt road into the caravan park was unsealed but in good condition because of regular grading. It is suitable for 2WD cars and all campers, caravans and campervans. Once you reach the end of the track in you will notice the homestead on the left, then the greenery of grass, shady trees and palms surrounding the powered caravan sites in the caravan park. The park is located close to steepish, red cliff faces with some sites having views over the beach and rock formations. 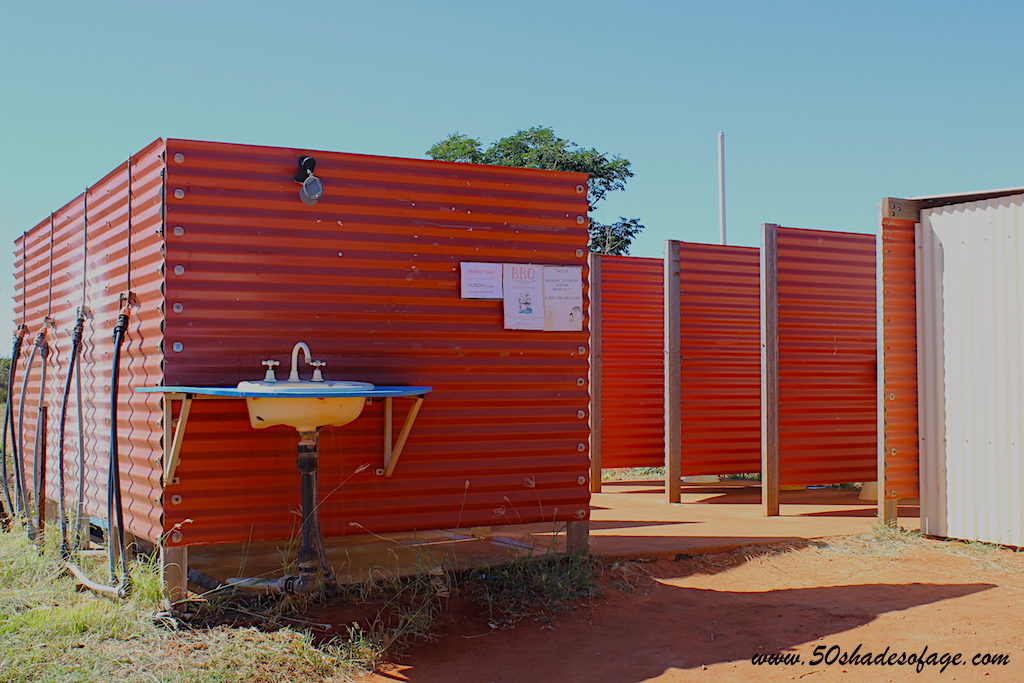 One of the corrugated iron toilet/shower blocks

We hadn’t booked so all of the powered sites were taken, but normally you have a choice of powered or unpowered camping sites, chalets or dongas. Dongas are portable cabins used to accommodate itinerant working staff on remote stations like this one. The park has a shop that has a limited amount of supplies with cold drinks, sweets and ice creams. There are toilets and shower amenities scattered throughout the park and a coin operated laundry. Plus the park is pet friendly. 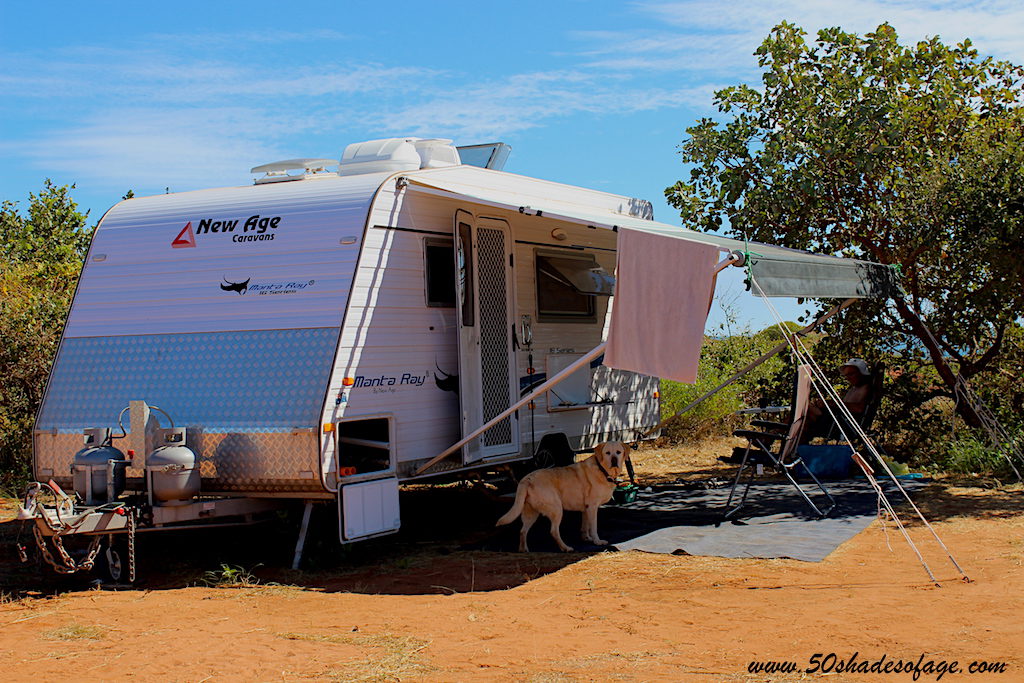 Our caravan site in the unpowered camping area

Things To Do at Barn Hill

For entertainment the caravan park has a lawn bowling green with regular tournaments, Wednesday night communal BBQ’s, and a roast night on Sundays with local musical entertainment. 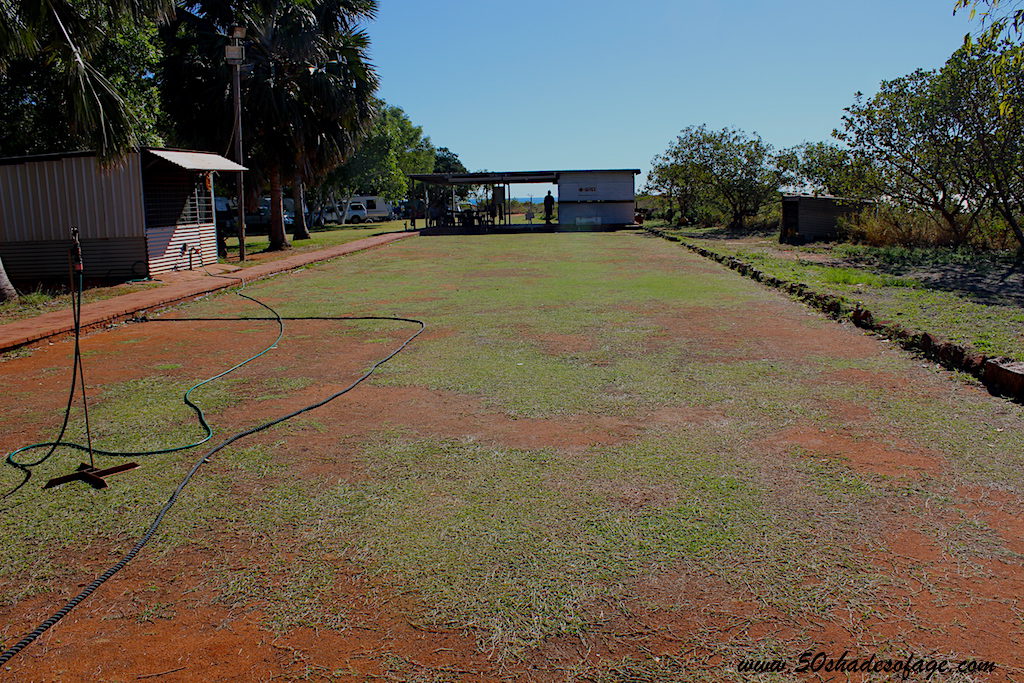 Bowling green and shop in the Caravan Park

Otherwise you can spend your days: 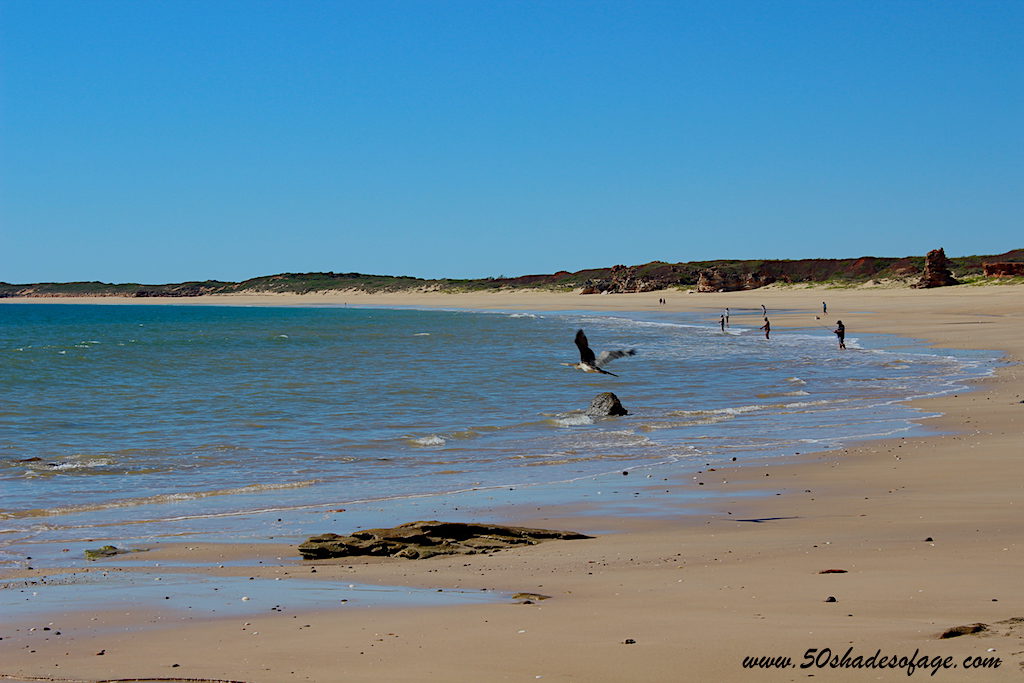 Beach fishing off the shorelines at Barn Hill Beach

Fishing right off the beach is fruitful or you can launch your boat from the boat ramp. We caught some good size golden trevally off the shoreline. 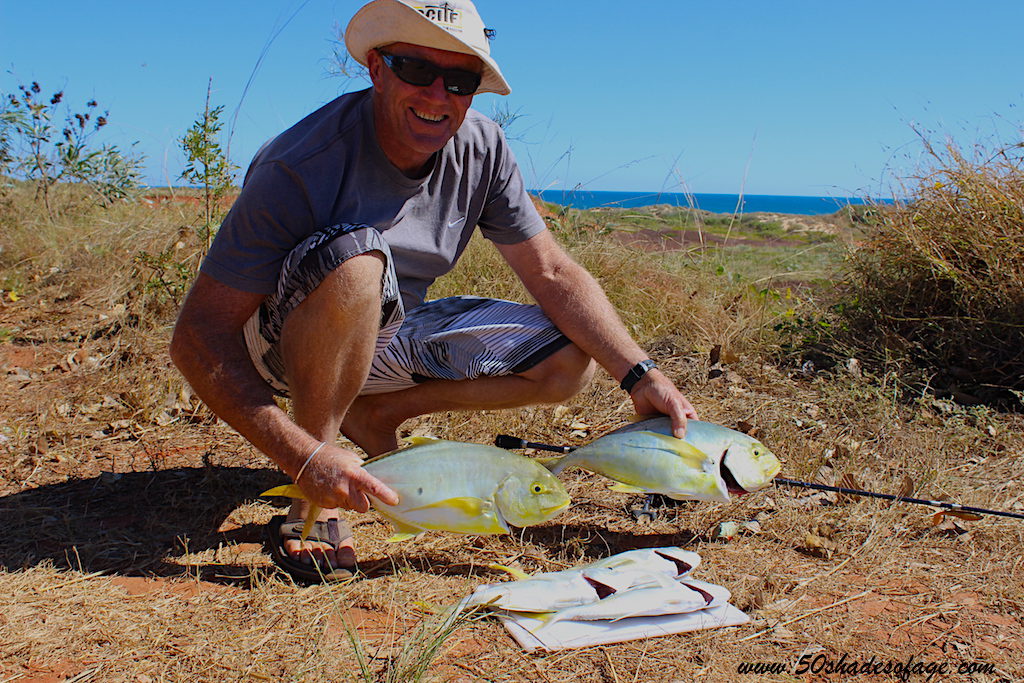 A nice haul of golden trevally

There is a huge of expanse of beautiful untouched beach known as Eighty Mile Beach that you can beach walk along and not spy one other person. 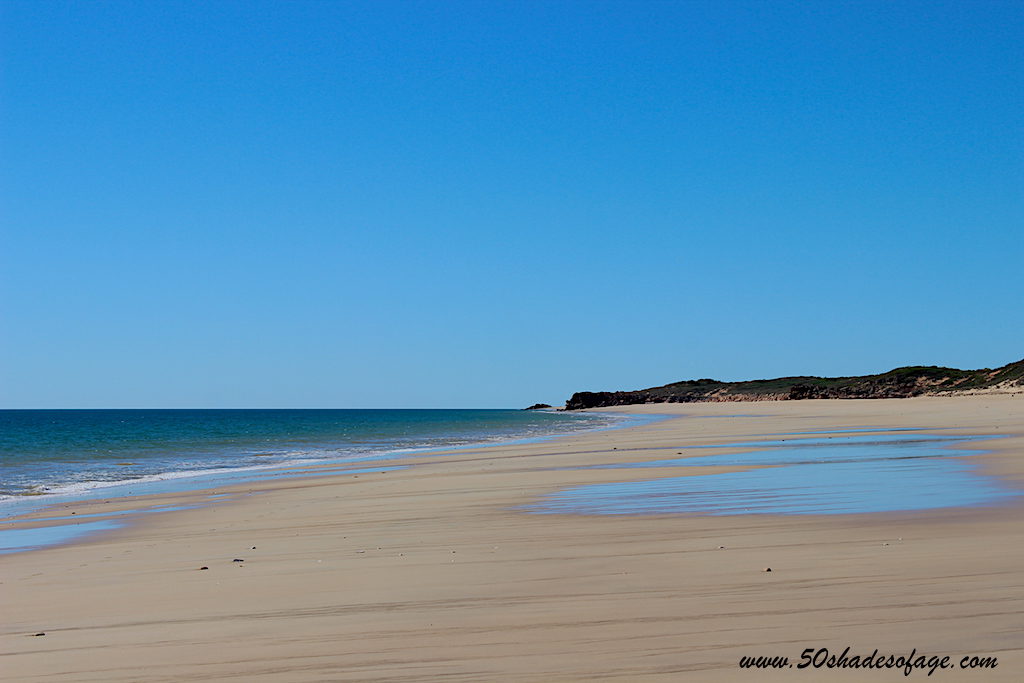 The large expanse of pristine beach at Barn Hill

Swimming is also enjoyable in the calm turquoise blue waters, and there are plenty of walking areas; or you can take your 4WD on to the beach and drive in either direction. 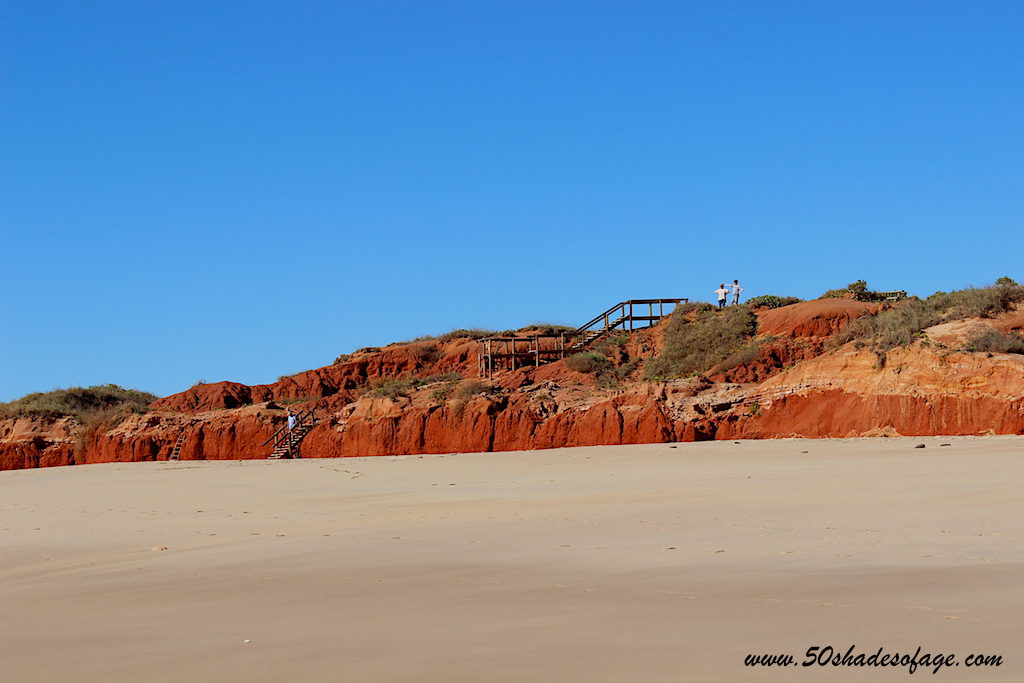 Stairs down to the beach from the Caravan Park

I think one of the biggest drawcards to Barn Hill is that the beaches are littered with the most vibrant coloured rock formations, including one in the shape of a map of Australia, and a large variety of fabulous sea shells. 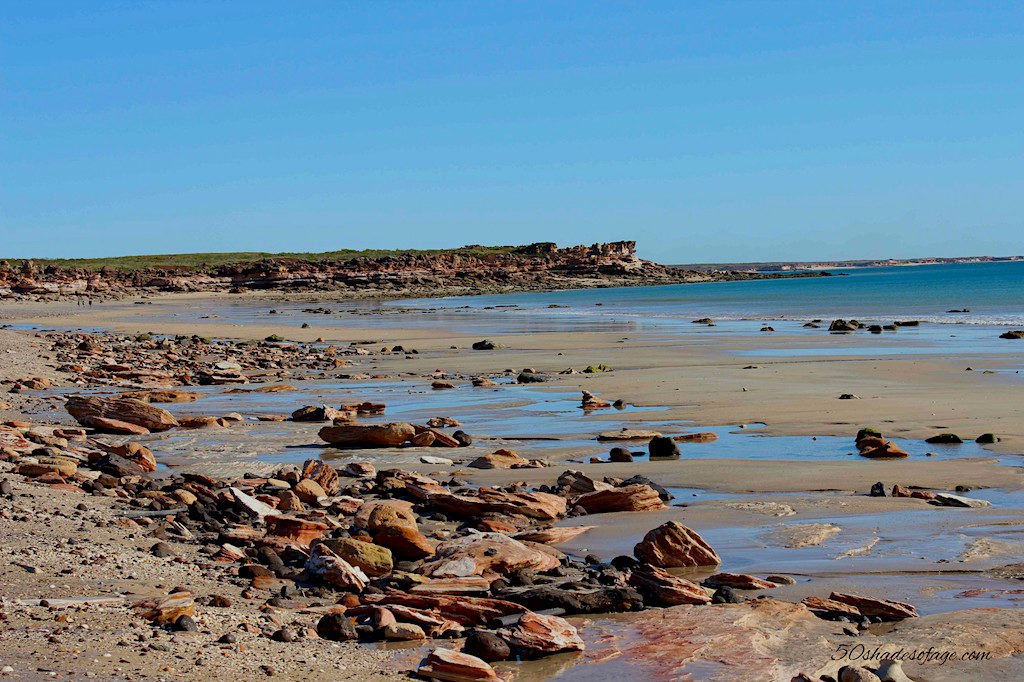 Rocks of all shapes, colours and sizes on the beach

Part of the fun of staying here is exploring all the rocks and caves along the shoreline. 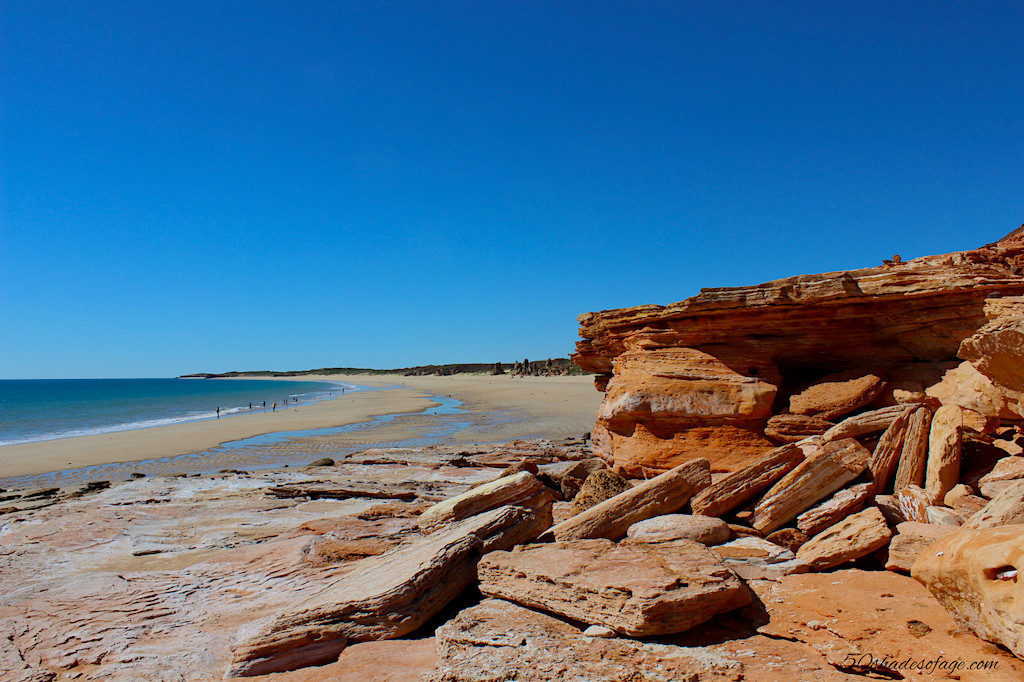 Here is a selection of some of the intriguing rock formations that I discovered on the beach: 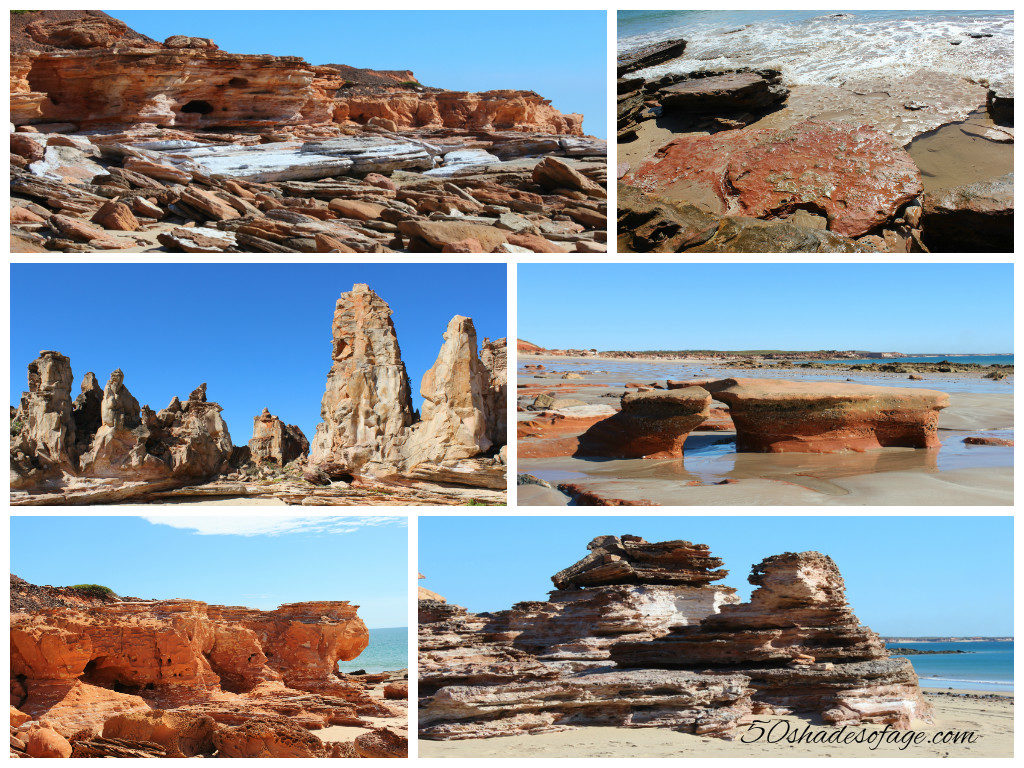 A collage of rocks on the shores of the beach

My second favourite thing at Barn Hill Station were the magical sunsets over the Indian Ocean. Simply jaw-dropping! 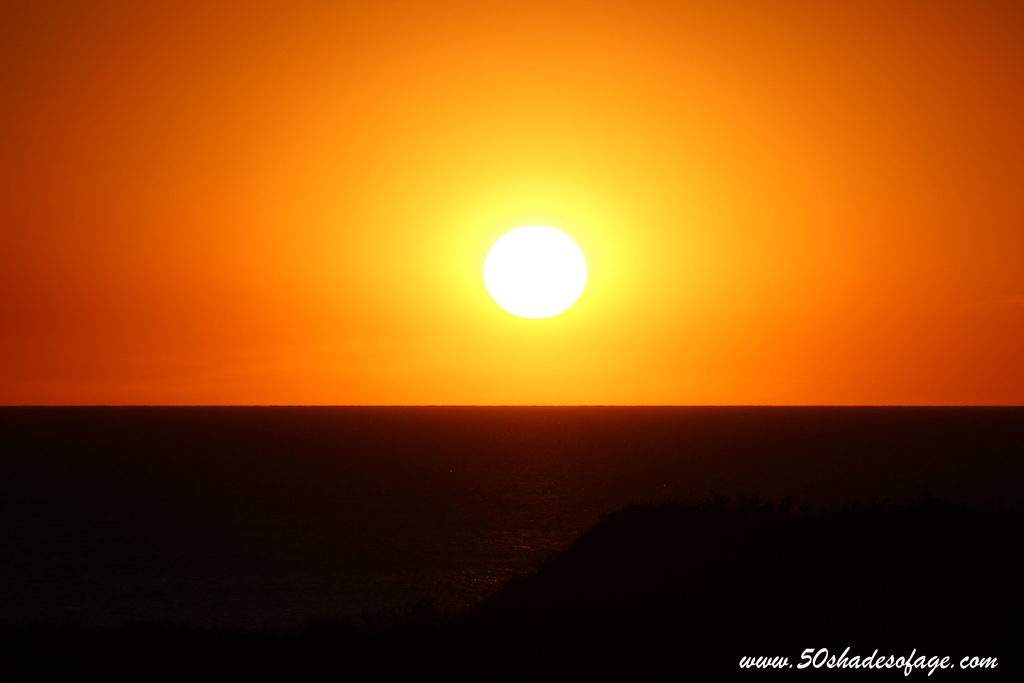 Barn Hill Station was our last stop prior to reaching the ever popular town of Broome, however it did not disappoint. Considering the isolation of this station stay it was remarkably well equipped and provided plenty of things to do an see. Hence we decided to stay here for a few more days than initially planned. Barn Hill was a hidden gem along the vast expanse of the North Western Australian coast.

Spread the love
Barn Hill StationBeachside Station StayBroomeNorth Western AustraliaThe Kimberley
By 50 Shades, April 18, 2017 Kathy was a 50 something year old when she started up this blog 6 years ago, but has since turned over another decade and is now in her early 60s. She is married with two adult children and lives on the Tweed Coast of New South Wales, Australia. Kathy enjoys living life to the fullest and loves to keep fit and active by maintaining a healthy diet and exercising regularly. Some of her interests include reading, photography, travelling, cooking and blogging! Kathy works part-time as a freelance writer but her real passion is travelling and photographing brilliant destinations both within Australia and overseas and writing about it.