Dreaming of an Italian Holiday 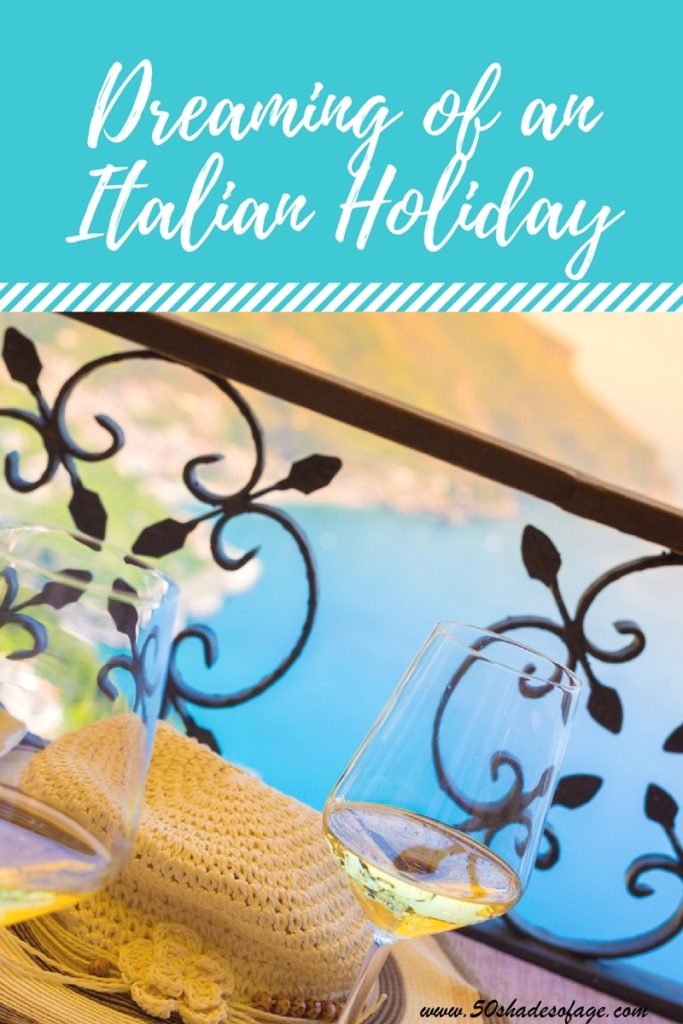 Lately my mind has been wandering with thoughts of our next holiday that we are currently planning for 2017. Lately my feet have been itching to travel overseas to a place that I have been dreaming about for a while now. In fact I have been totally preoccupied and obsessed with everything Italia and every night when I go to sleep I’m dreaming of an Italian holiday!

In 2017 we’re not only embarking on a 12 day cruise around the Mediterranean Sea, departing from Rome and visiting Malta, Sicily, Corfu, Croatia, Montenegro, Slovenia and terminating in Venice; but we are also spending 3 weeks travelling around Italy. 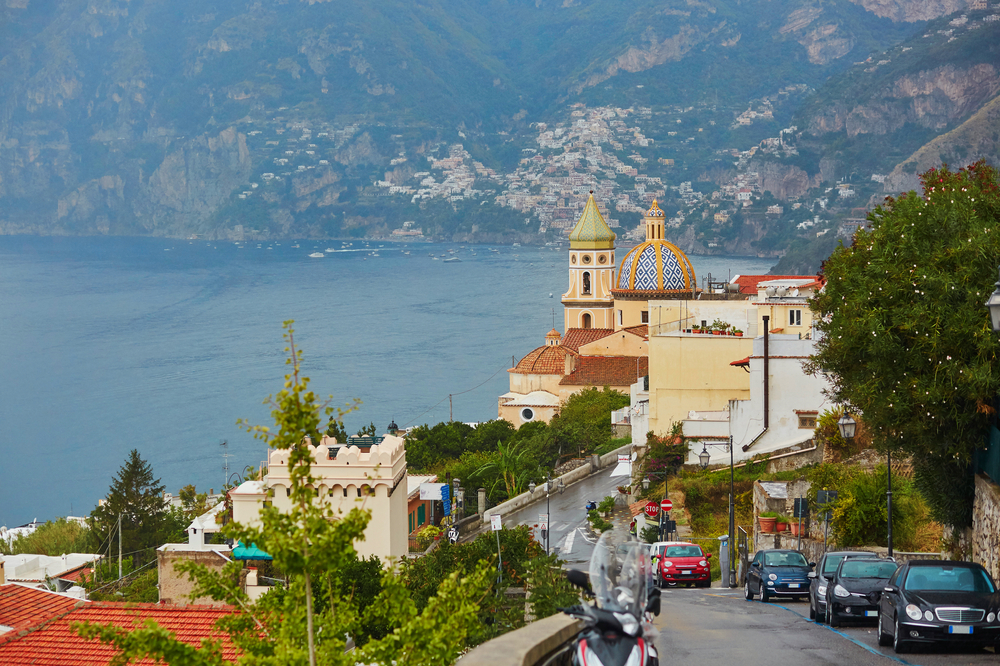 This boot-shaped European country has always fascinated me with its monumental history, its love of pizzas and pasta, grapevine and olive grove covered rolling hills, villages sitting precariously on cliffs overlooking the Mediterranean Sea, rumble-down Roman ruins, stoic churches, statues and works of art. How can one small country have so many bounties? And where does one even start to plan an itinerary to see all this splendour?

After months of torturous research, gathering brochures, talking to travel agents and friends who have visited this charming country, we decided on an itinerary of sorts. Basically after a few days in Venice, we will head off across the country slightly northwards to Lake Como, spending maybe 4 to 5 days here, then travel south to Florence, Cinque Terre and Tuscany. Followed by a tour down south of Rome to the Amalfi Coast. 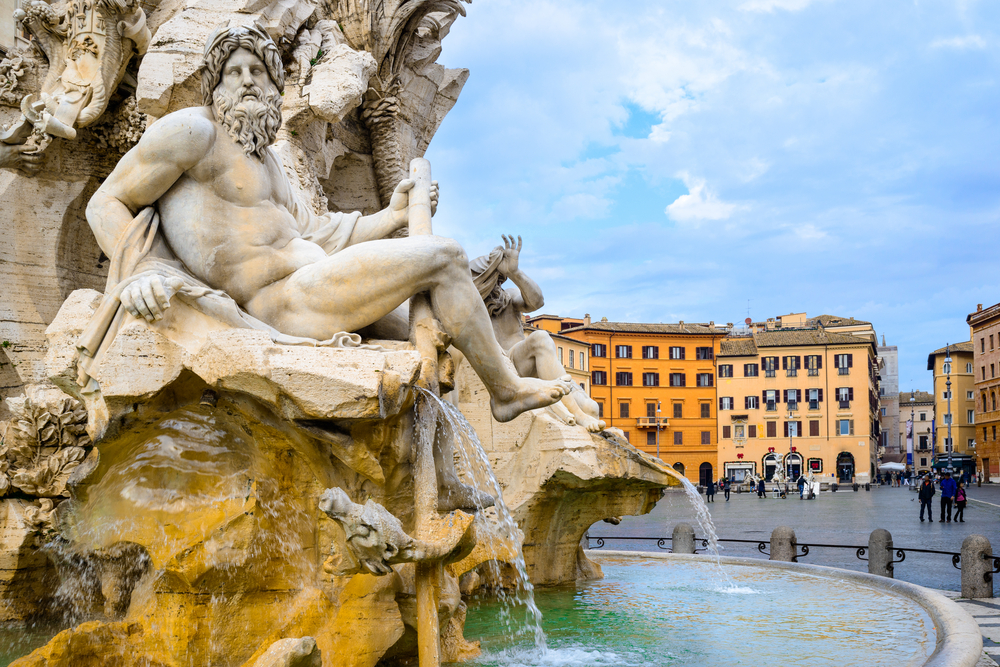 Prior to setting off on our cruise we will be spending 3 nights in Rome where we have booked an Airbnb apartment near the Colosseum. We hope to take in the following sights:

Gondola on the canals of Venice

Our cruise terminates in romantic Venice, the city of canals and gondolas. We have 2 nights here – one on the ship in port and the other in the city. We are hoping to do the following: 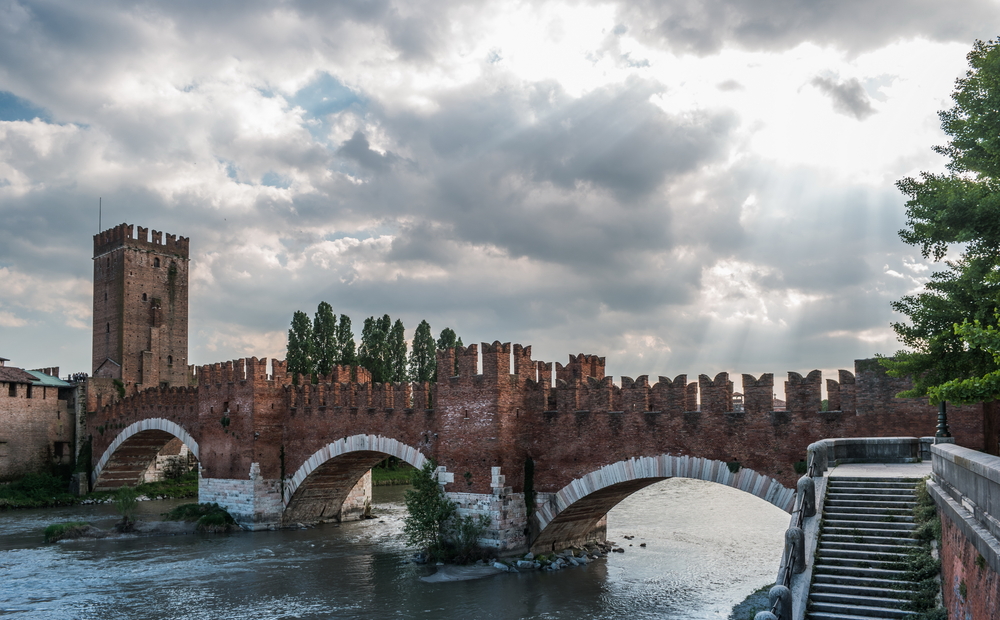 Enroute to Lake Como we travel through fair Verona, made famous by the star-crossed lovers Romeo and Juliet by Shakespeare. The top attractions in Verona are: 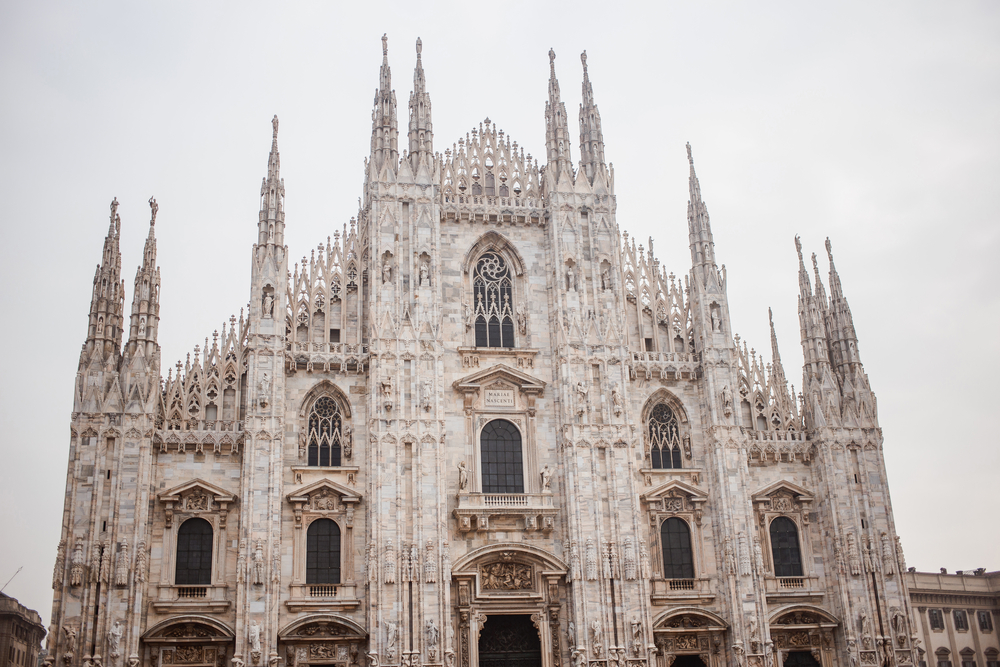 How could I not miss the global city of fashion and design? Milan is also on our way to Lake Como and will definitely be worth a look. We can explore this magnificent city on a historic tram or on a double decker hop on hop off bus tour. The largest and most complex Gothic building in Italy the Duomo Di Milani cathedral will obviously be a must see. As will be a viewing of Leonardo’s Last Supper inside the Refectory at the Monastery of Santa Maria delle Grazie. 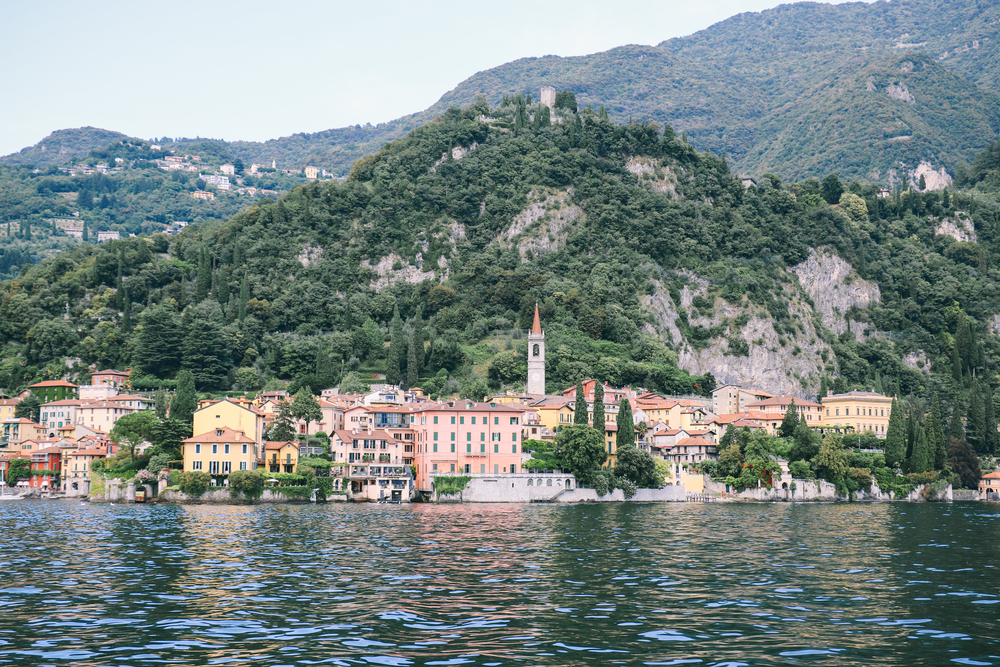 The upside down ‘Y’ shaped Lake Como is long (50km), slender and extremely deep. The southern end forks into two long ‘legs’, with the picturesque town of Bellagio situated on the promontory between them. It has been popular as a resort since the days of the Roman Empire and is dotted with lakeside towns and villages.

There is a frequent boat service connecting the central resorts, Lenno, Tremezzo, Villa Carlotta, Cadenabbia, Menaggio, Bellagio and Varenna, so it simple and easy to jump aboard and go exploring. We are going to base ourselves in Varenna, an attractive village on the eastern shore of Lake Como, looking over the central part of the lake towards Bellagio. Varenna is renowned for its picturesque lanes and old fishermen’s houses that are unpretentiously appealing. 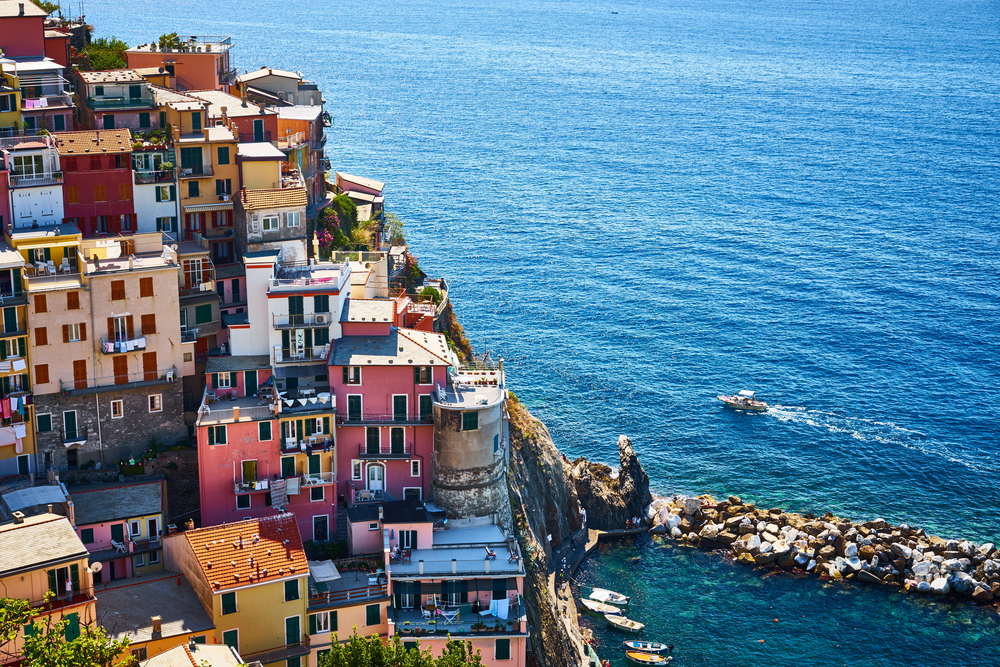 After spending 4 days at Lake Como we will be heading south to Cinque Terre via La Spezia, a string of five fishing villages perched high on the Italian Riviera  in the region of Liguria. The five villages: Monterosso, Vernazza, Corniglia, Manarola and Riomaggiore are linked by mule tracks and are accessible only by rail or water.

The breathtaking views of harbours far below the wild but hospitable coastline of Cinque Terre along with the medieval fortresses and plentiful vines and vibrant colours make this a must see in Italy. 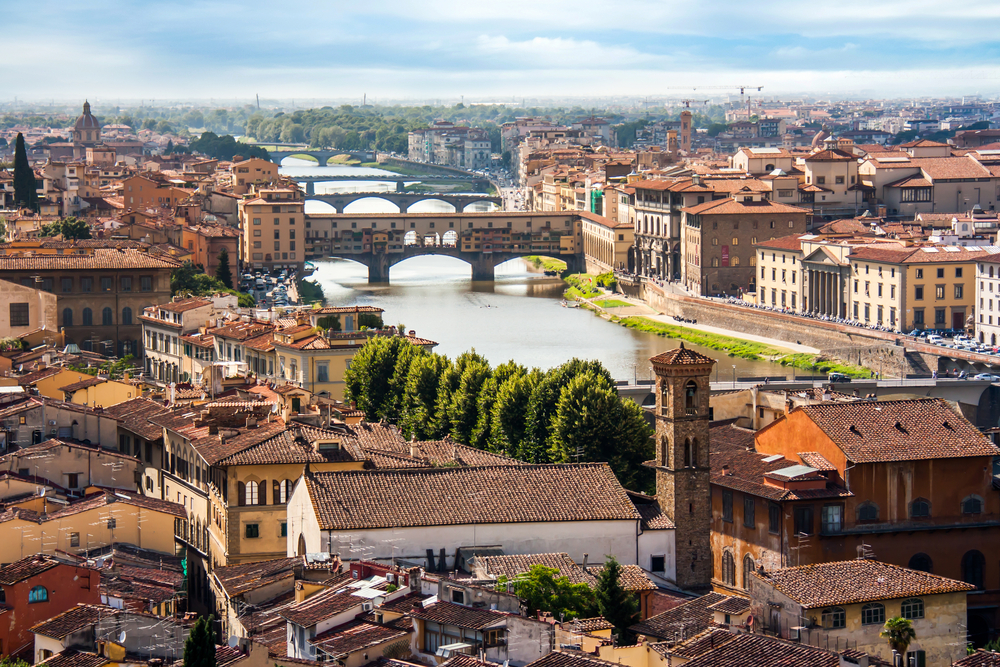 After a few days exploring Cinque Terre we are heading to Tuscany where we will spend a day in Florence. Housing some of the greatest artistic treasures in the world, Florence is the capital of Italy’s Tuscany region and is home to many masterpieces of Renaissance art and architecture.

The most popular and important sites in Florence include the Cathedral, the Baptistery, the Uffizi, the Bargello, and the Accademia. The churches of Santa Maria Novella and Santa Croce are veritable art galleries, and the library of San Lorenzo is a magnificent exhibition of Michelangelo’s architectural genius. 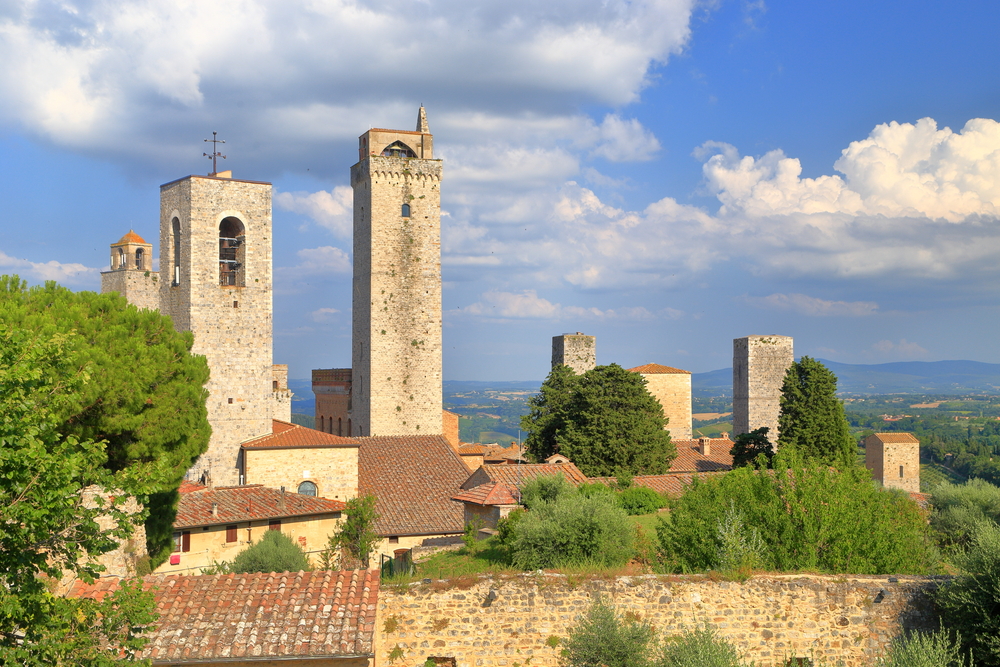 Some of the highlights of Tuscany, include the charming cities of Siena, San Gimignano and Greve in Chianti. I can’t wait to ramble through the Tuscan landscapes with cypress-lined country roads and hilltop villages seeking out little vineyards for a drop of Chianti. 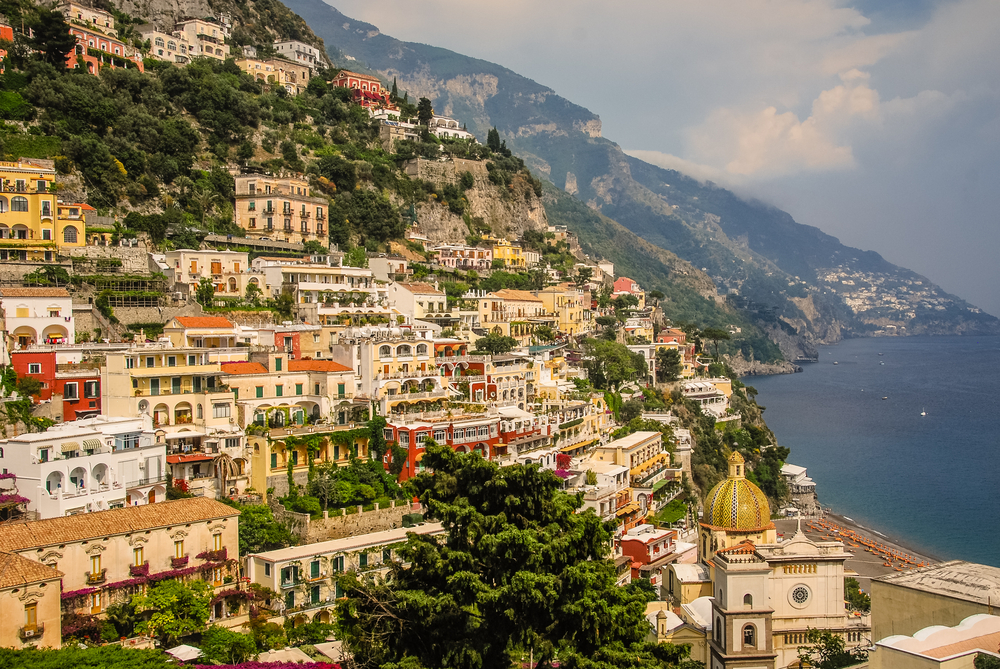 We are intending to catch the speed train from Florence down to Naples and the Amalfi Coast, where there are 13 towns spreading across the coastline. They are connected by the scenic SS 163 road, built in the first half of the 19th century and is considered one of the most beautiful roads in Italy. Following the natural course of the coastline, the route is full of curves, nestled between the rock and the sea cliffs, giving spectacular vistas at the exit of every tunnel or hairpin bend.

Village hopping is extremely popular. Positano, Maiori and Ravello are just some of the names of the beautiful places you can visit. The walking trail called ‘The Path of The Gods’ runs from east to west between the hamlet of Nocelle, the highest neighbourhood of Positano, and Bomerano and the Agerola’s district and affords some of the most stunning views over the Amalfi coastline. Otherwise you can take a day trip to Naples, Pompei or across to the island of Capri.

Once we have spent 5 idyllic days touring the villages on the Amalfi Coast we will be returning to Rome to catch our flight home. My Italian dream will be complete.

Have you been to Italy? Can you recommend the absolute must sees in this Mediterranean country?

Spread the love
Amalfi CoastItalian HolidayLake ComoTouring ItalyTravel ItalyTuscany
By 50 Shades, December 6, 2016 Kathy was a 50 something year old when she started up this blog 6 years ago, but has since turned over another decade and is now in her early 60s. She is married with two adult children and lives on the Tweed Coast of New South Wales, Australia. Kathy enjoys living life to the fullest and loves to keep fit and active by maintaining a healthy diet and exercising regularly. Some of her interests include reading, photography, travelling, cooking and blogging! Kathy works part-time as a freelance writer but her real passion is travelling and photographing brilliant destinations both within Australia and overseas and writing about it.