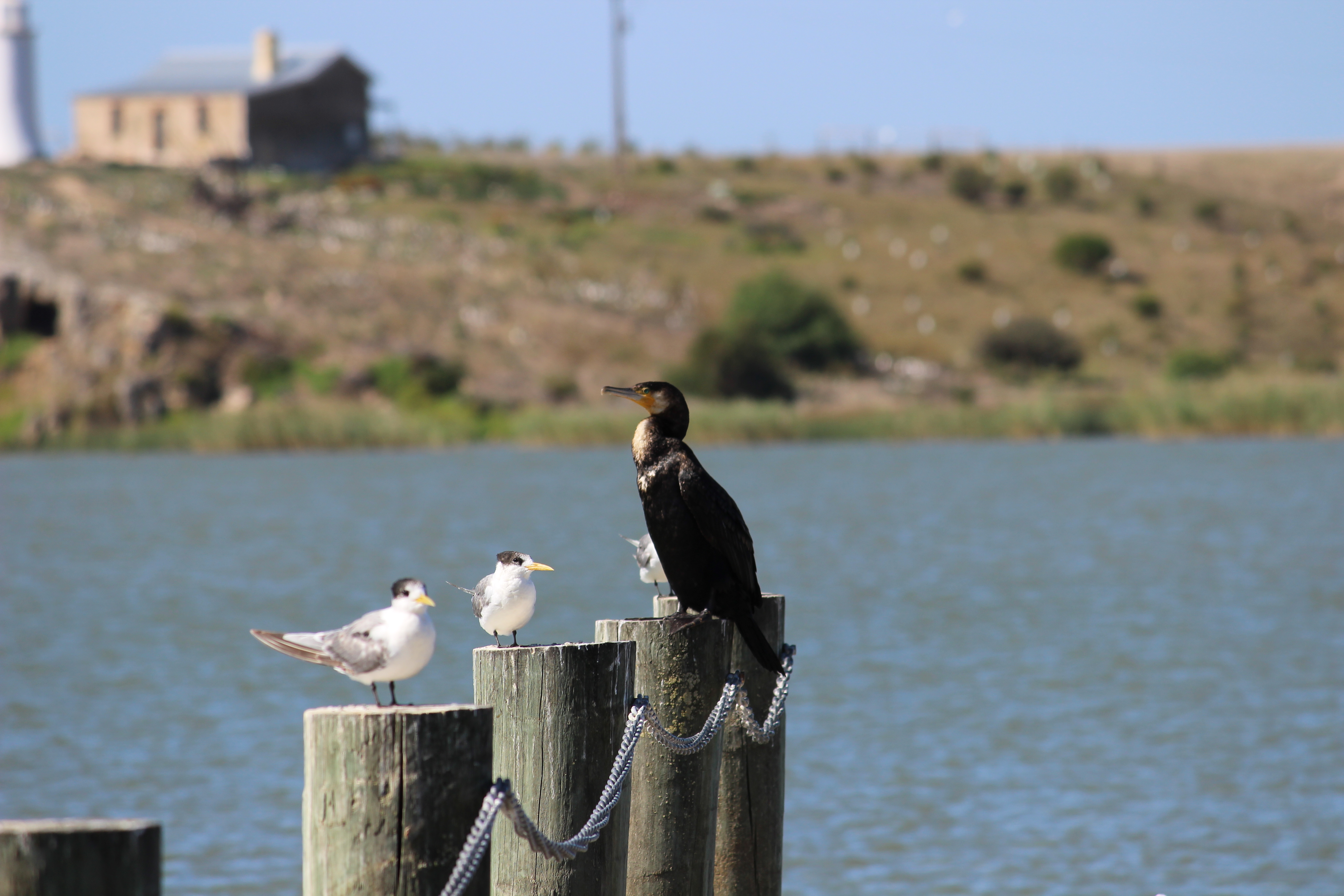 The Mighty Murray River  is where I spent almost all of my childhood holidays at various sites and is where I lived on a dairy farm for a few years of my life. It sometimes feels like the Murray River runs in my blood and I never get tired of catching a glimpse of her green waters, the steep cliff banks, the weeping willow trees and ghost gums lining the banks and her sandy beaches.

Australia’s greatest waterway, the mighty Murray River is the longest river in Australia and forms part of the Lakes Alexandrina and Albert and the Coorong where it meets the sea. 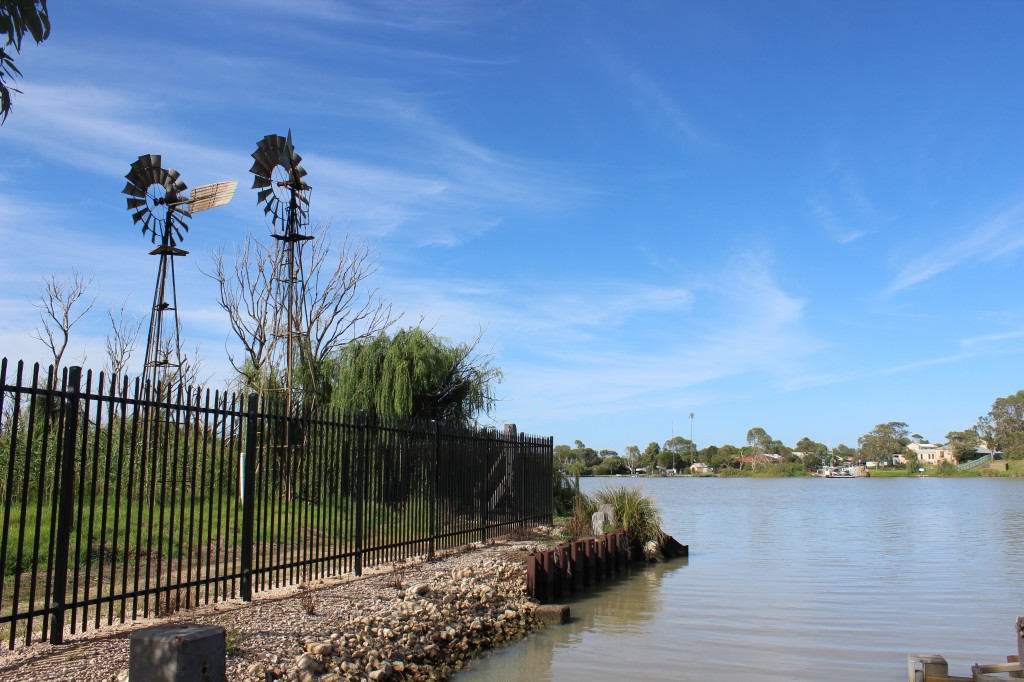 For those of you who don’t know the facts of the Murray River, here they are: 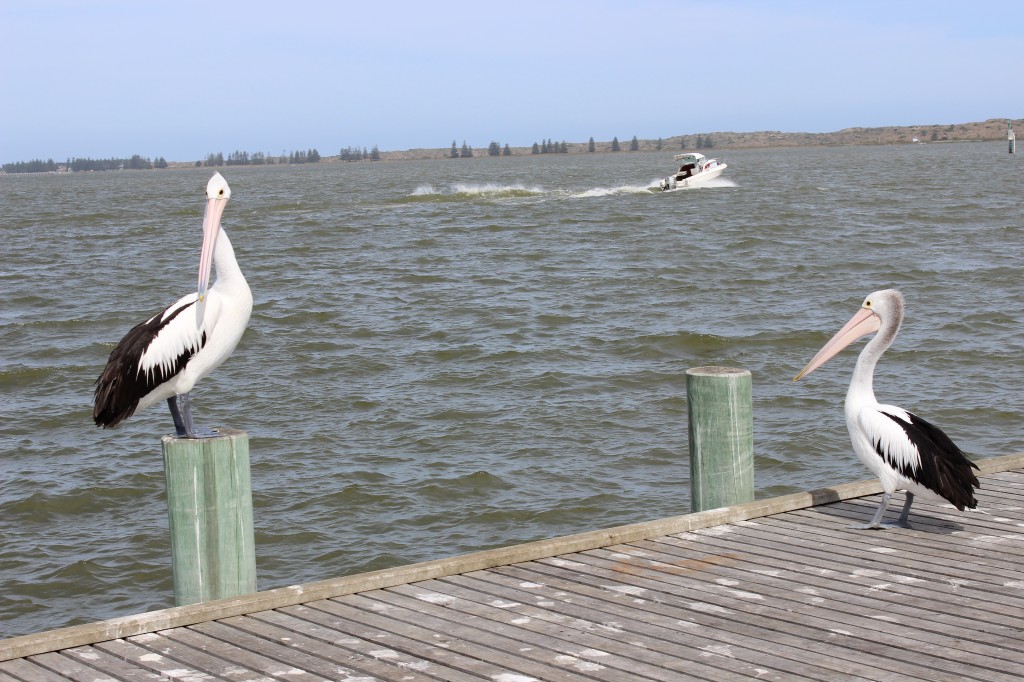 So we are talking about a serious river system here which not only supplies thousands of hectares of agricultural lands for irrigation but a large amount of species can be found living in the river basin, including emus, koalas, western grey kangaroos, bearded dragon lizards, red-rumped parrots, black swans, pelicans, and even dolphins (closer to the ocean). Also plentiful are fish such as the Murray cod, bream, perch and redfin.

From 1853 paddle-steamers were used to carry wool, wheat, and other goods up and down the river system including the Murray, Darling and Murrumbidgee Rivers which was an integral part of the settlement of various towns along the Murray River.

Named from the aboriginal word ‘karangh’, meaning ‘narrow neck’, the Coorong stretches 130 kilometres along South Australia’s south-east coast, from Kingston SE to the Murray Mouth. The expansive saltwater lakes and striking scenery it best viewed by foot on the walking trails, paddling a kayak or by four-wheel drive along a designated track. 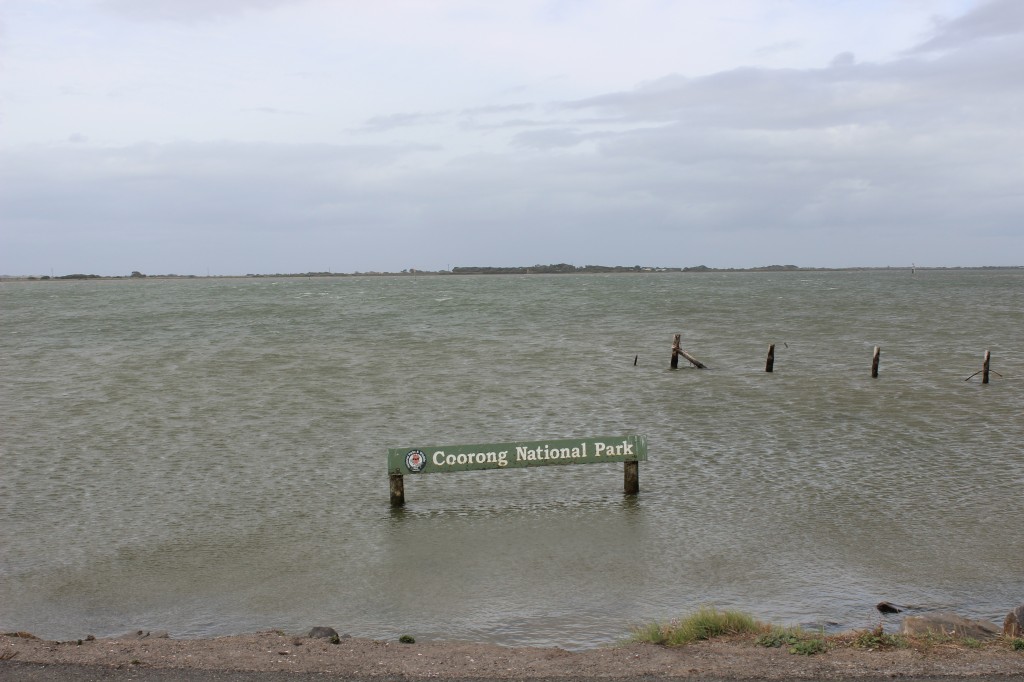 The Coorong is a natural wonder where salt water and fresh water meet, attracting hundreds of thousands of migratory water birds from as far away as Siberia. There is a wide variety of birdlife such as ducks, swans, cormorants, terns, grebes and the much loved pelican. 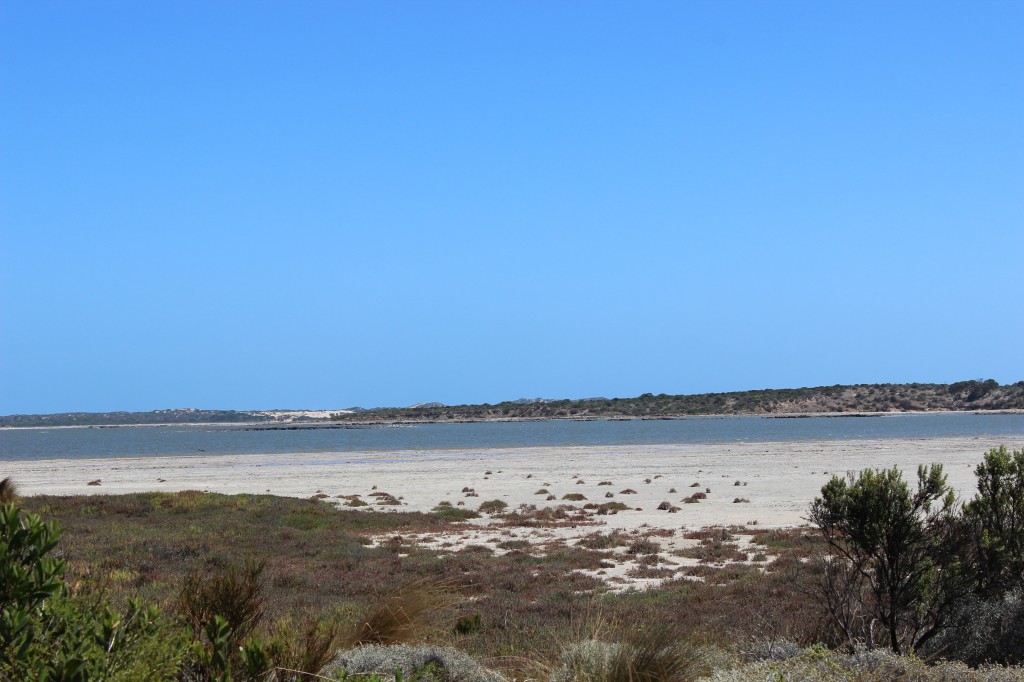 Sit back and enjoy the wonders of nature on one of the ecologically-focused boat cruises operating from Goolwa. For a slower pace, canoes can be hired at The Marina Hindmarsh Island or camp at one of the designated camp spots along the Coorong. 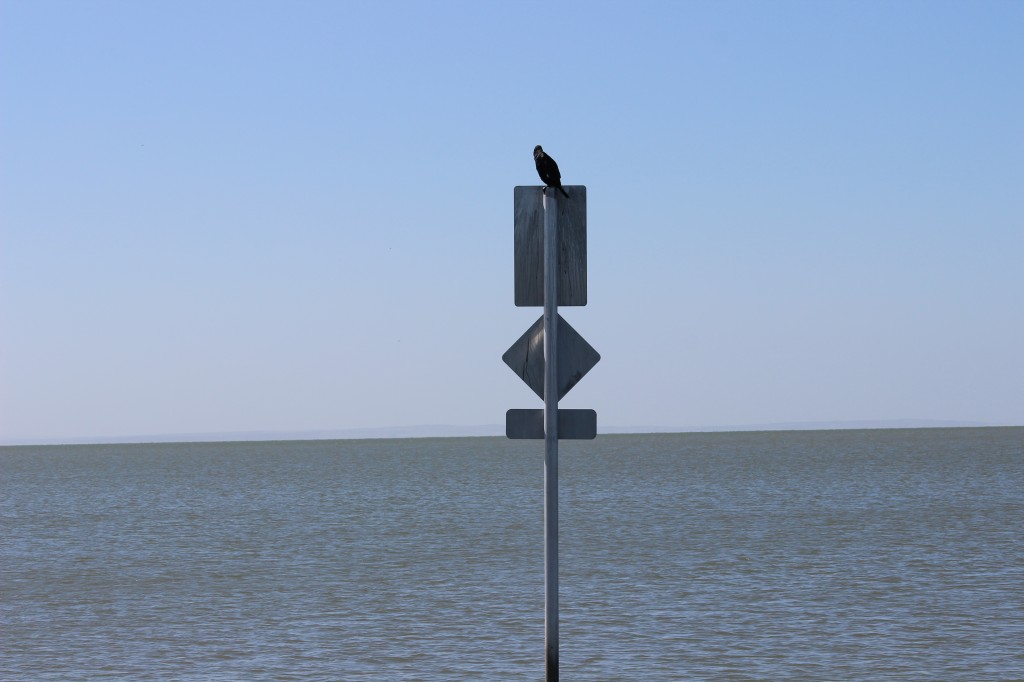 You can swim, fish, cruise, ski or explore these massive lakes on a canoe tour, an eco-cruise or board the 103 year old authentic paddle-steamer, PS Oscar W, to experience more of this fascinating waterway. We spent a night camped right on the shores of Lake Alexandrina at a camp spot near where the ferry takes you across ‘The Narrows’ (narrow corridor between Lakes Alexandrina and Albert), at a small town called Narrung. Our view across the lake was to Point Malcolm lighthouse and lighthouse keeper’s cottage and then the huge expanse of water. Spectacular! 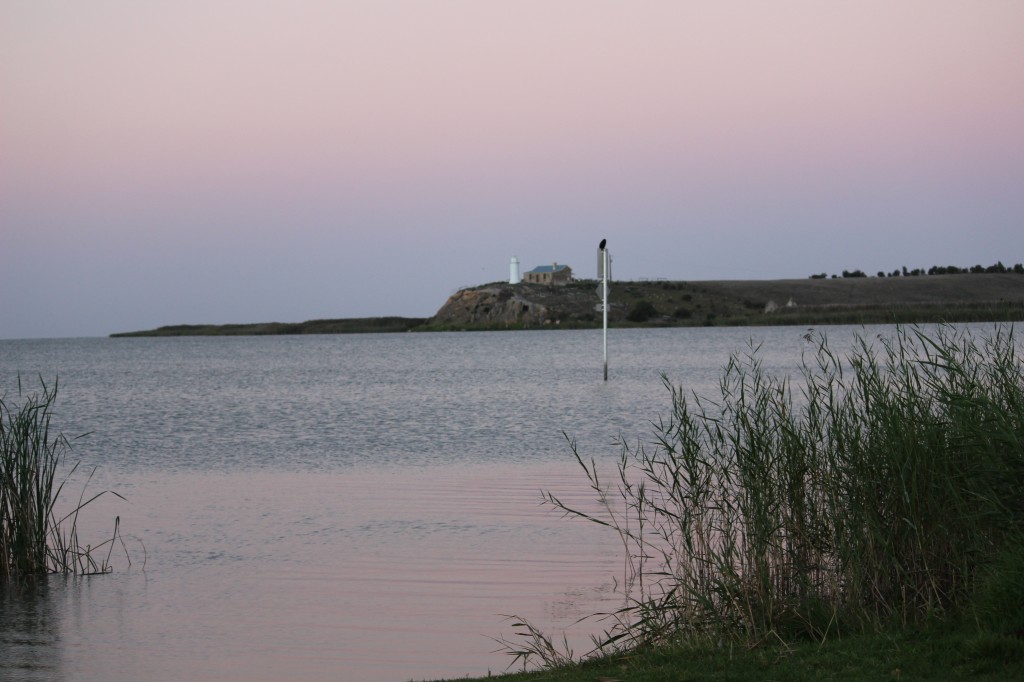 You can visit nearby Raukkan on the lands of the Ngarrindjeri aboriginal people on the banks of Lake Alexandrina, where the mission church appears on the $50 note. Built in 1869 the church is still in use today and has recently been restored. 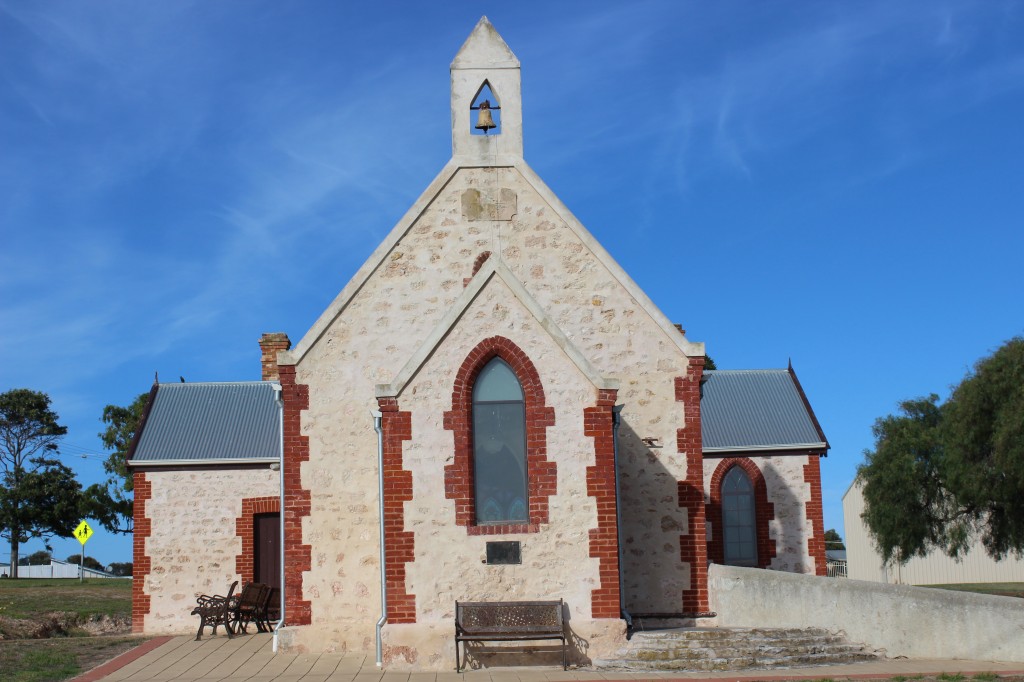 After crossing the Murray River on another ferry at a pretty little town called Wellington you continue along the western shores of Lake Alexandrina to the town of Milang. It was once the largest inland port in South Australia, providing a busy trade and produce hub for road transport to Melbourne. 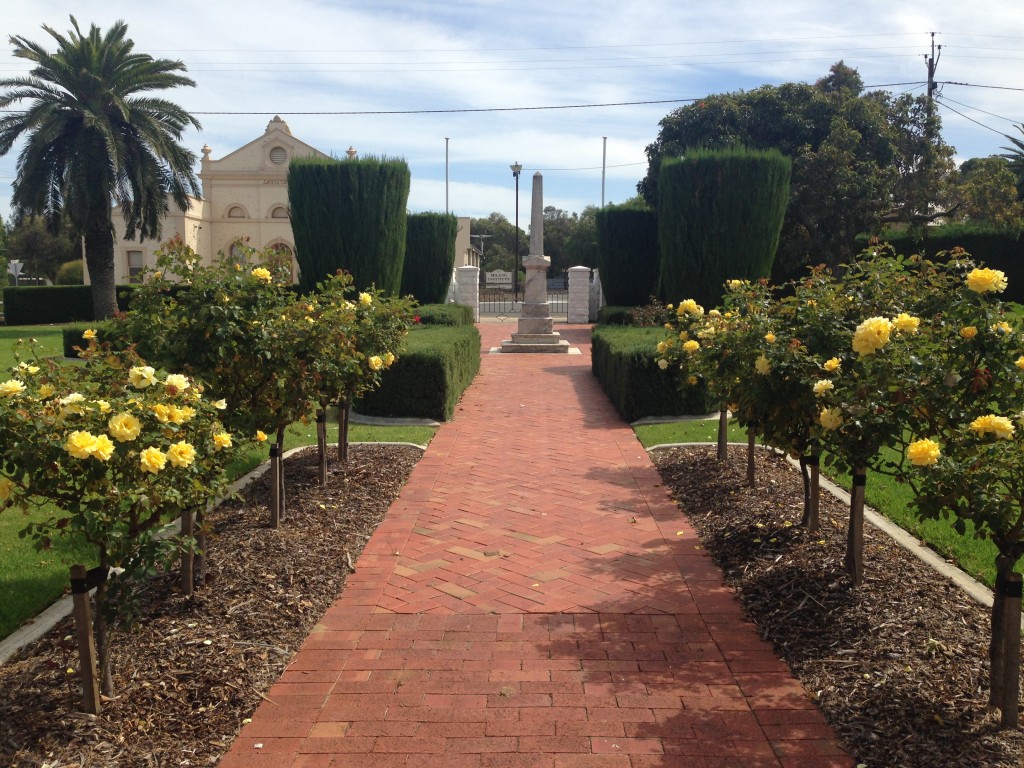 It has many charming old buildings, including a restored railway station, workmen’s shacks on the foreshore and a beautiful park. It is surrounded by a few wineries in the Langhorne Creek area which are worth a visit.

Australia’s first ‘cittaslow’ town (improving the quality of life in towns by slowing down its overall pace), is at the centre of where the Murray River reaches the Southern Ocean.  Goolwa was once a thriving river port which is evidenced with its large wharf precinct. The town still has many historical features, but its present day life is as a busy regional centre with great pubs, a micro-brewery, restaurants and cafes and shopping. 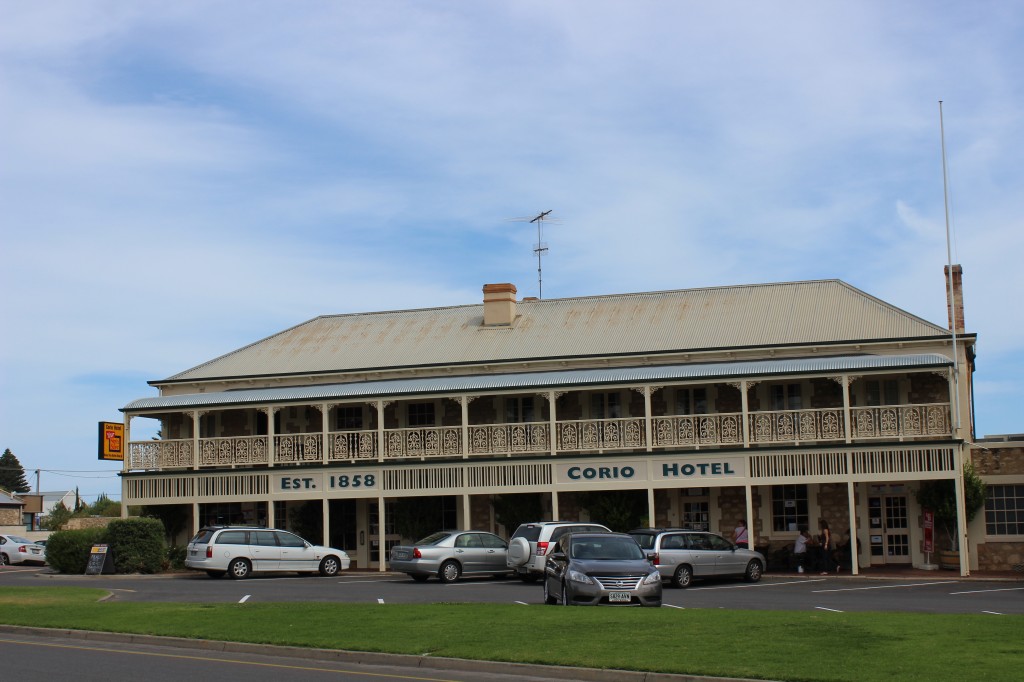 Goolwa offers a steam-to-steam experience with the wood-fired paddle-steamer, PS Oscar W, and a steam train journey on the Cockle Train to nearby Victor Harbour. Goolwa fronts the Southern Ocean where a sand dune boardwalk provides great coastal views and cockles can be gathered on the beach. You can reach the beach by four wheel drive and even go for a surf if you are so inclined. 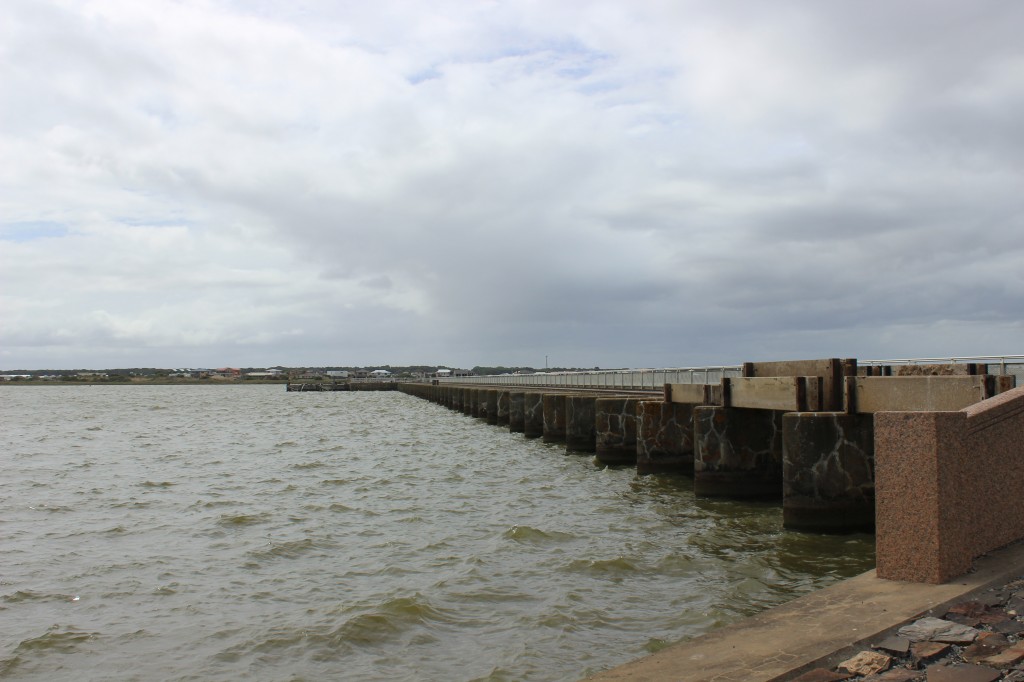 Experience the Murray Mouth on an eco-cruise from the Goolwa Wharf which will take you on a soft adventure experience across the Murray Mouth into the Coorong National Park.  Alternatively you can get aboard the luxurious ‘Spirit of the Murray’ boat which cruises upstream to Clayton and past Point Sturt into Lake Alexandrina. Then across the lake, past the Narrows and Point Malcolm Lighthouse to Pomanda Island and back into the Murray River again. It continues upstream past Wellington and the Jervois irrigation area, the Tailem Bend cliffs, Murray Bridge to Mannum. Sounds like a real ‘Murray River‘ experience! 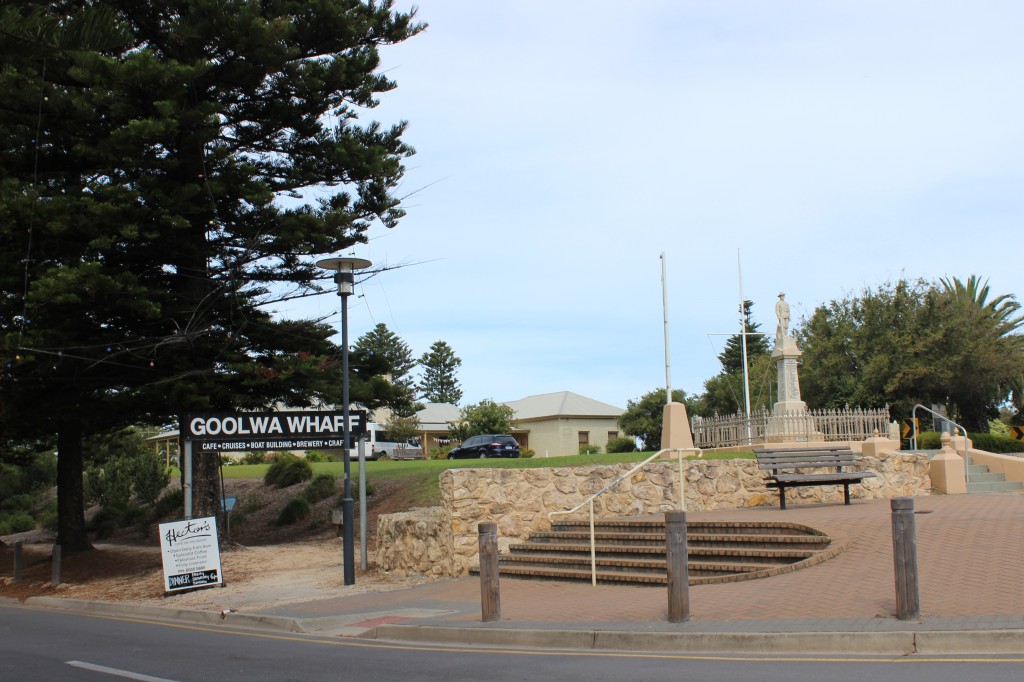 In addition to the mighty Murray River bringing back very warm childhood memories, I found her history and existence was so paramount to the pioneers of this part of Australia. She is a grand old lady and I hope she continues to give life to the vast lands that she ambles through. I learnt that we should never take nature for granted! 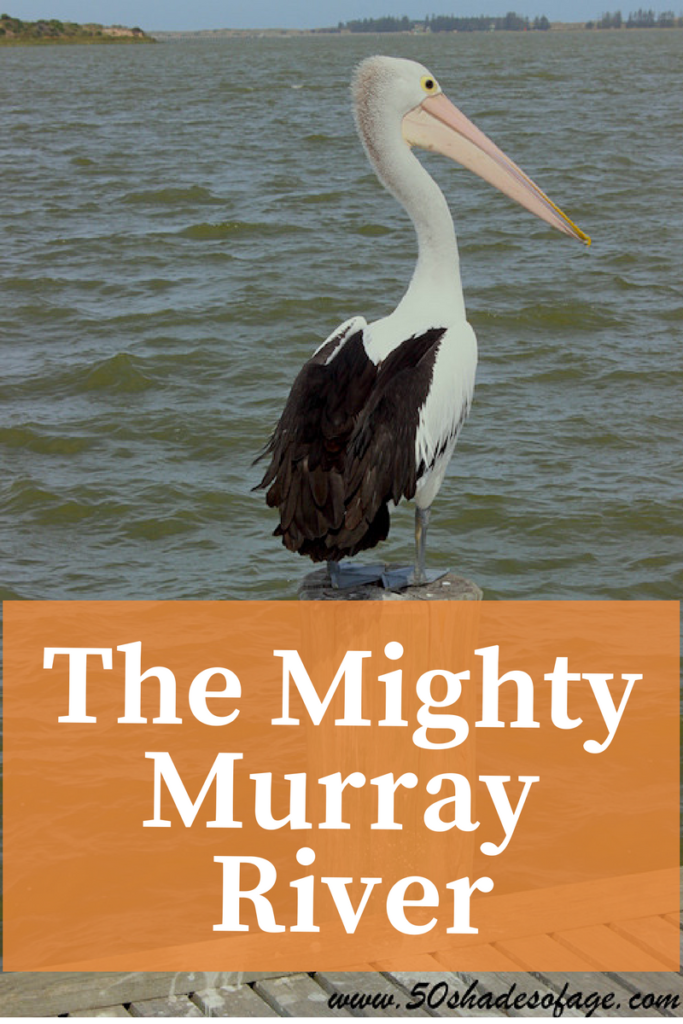 Spread the love
CoorongGoolwaLake AlexandrinaMurray RiverSouth AustraliaTravel South Australia
By 50 Shades, October 19, 2016 Kathy was a 50 something year old when she started up this blog 6 years ago, but has since turned over another decade and is now in her early 60s. She is married with two adult children and lives on the Tweed Coast of New South Wales, Australia. Kathy enjoys living life to the fullest and loves to keep fit and active by maintaining a healthy diet and exercising regularly. Some of her interests include reading, photography, travelling, cooking and blogging! Kathy works part-time as a freelance writer but her real passion is travelling and photographing brilliant destinations both within Australia and overseas and writing about it.