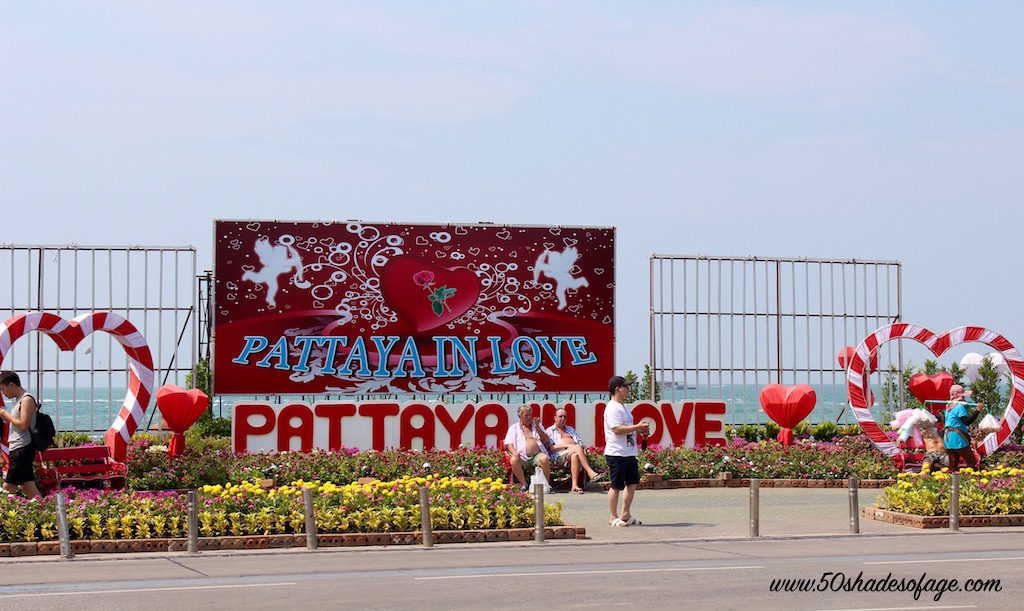 Was it because it was my birthday, or was it my visit to the Sanctuary of Truth or was it because of the fun vibe that this place exuded? I discovered that Pattaya in Thailand was overflowing with wonderful surprises. 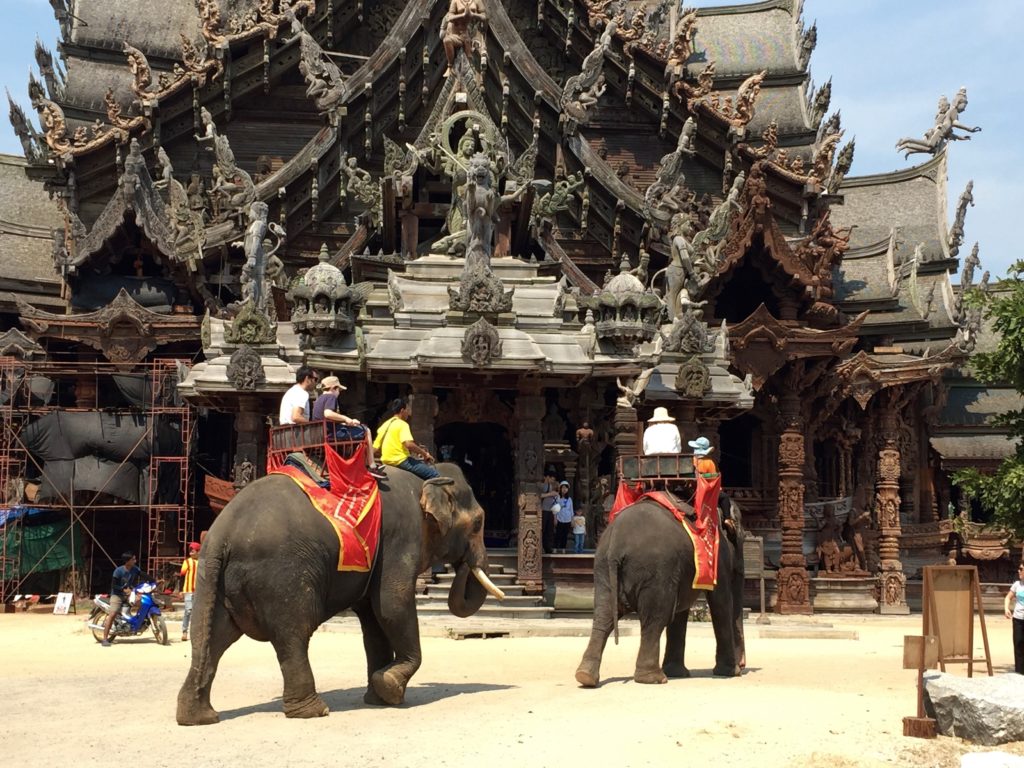 On our second last stop of our South East Asia cruise we anchored at Laem Chabang Port, where we had the choice of spending the day in either Bangkok or Pattaya. We chose the latter as it was closer and not as busy and congested as we knew Bangkok would be. 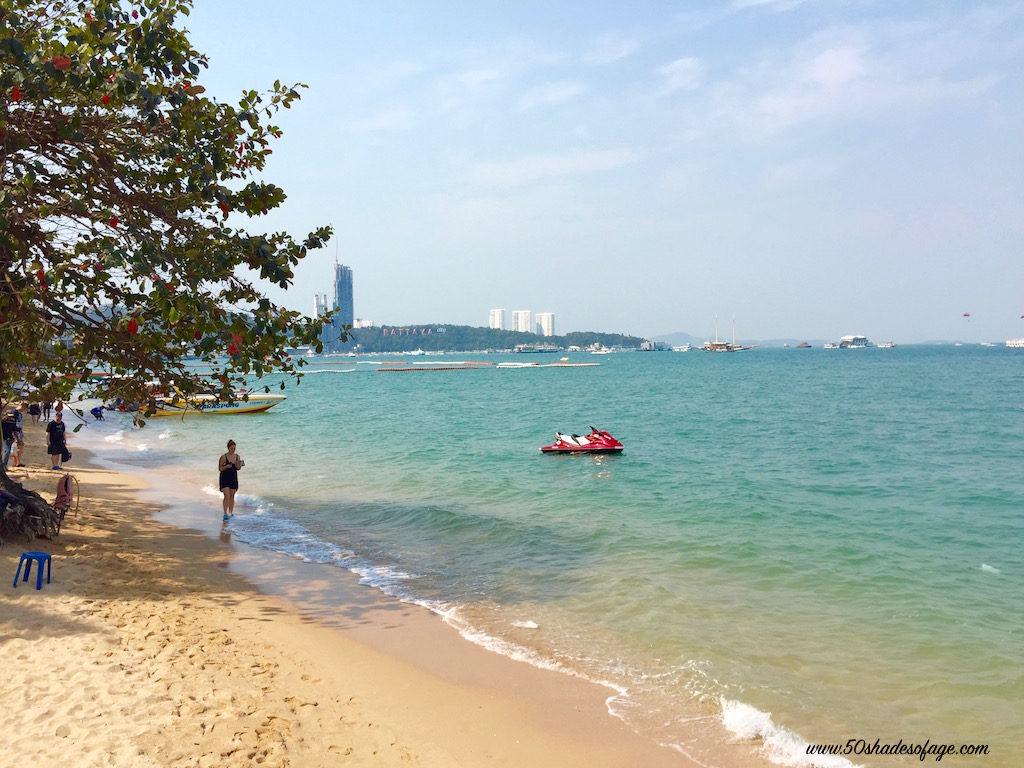 Pattaya, on the Gulf of Thailand, is approximately 160 kilometres south of the city of Bangkok within the Bang Lamung District. The Pattaya Bay area is one of Asia’s largest beach resorts and the second most visited city in Thailand, after Bangkok.

Once a fishing town, Pattaya first boomed as an R&R destination during the Vietnam War. It was once renowned as the ‘sex capital’ of Thailand but has been trying to shake that image over the past 10 years. The city still has a vast number of host bars, gogo bars, massage parlours and hourly hotels, which serves the foreign tourists. 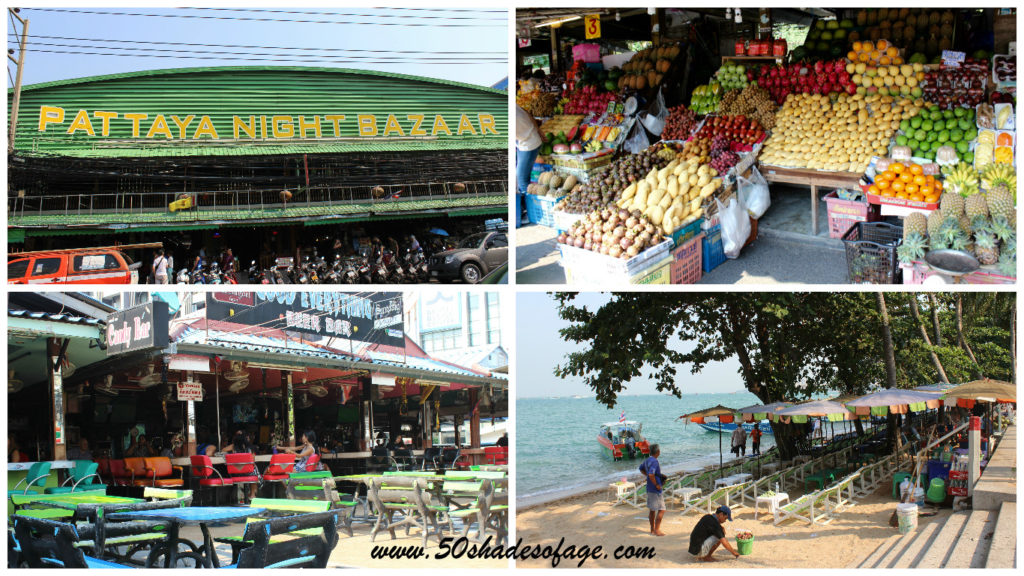 Out and About in Pattaya

Pattaya Beach is parallel to the city centre, and runs from Pattaya Nuea south to Walking Street. Along Beach Road are hundreds of restaurants, shopping areas, and night attractions.

We arrived via a bus organised by the cruise ship and strolled along the beachfront. It was relatively early in the morning but the beach was already a hive of activity, of the water sports kind. There were masses of speed boats, jet skis para-gliders and banana boats speeding across the aqua blue bay. Tourists had already claimed their sun lounges, slathered themselves in coconut oil and were ready for a day of tanning in the hot sun. 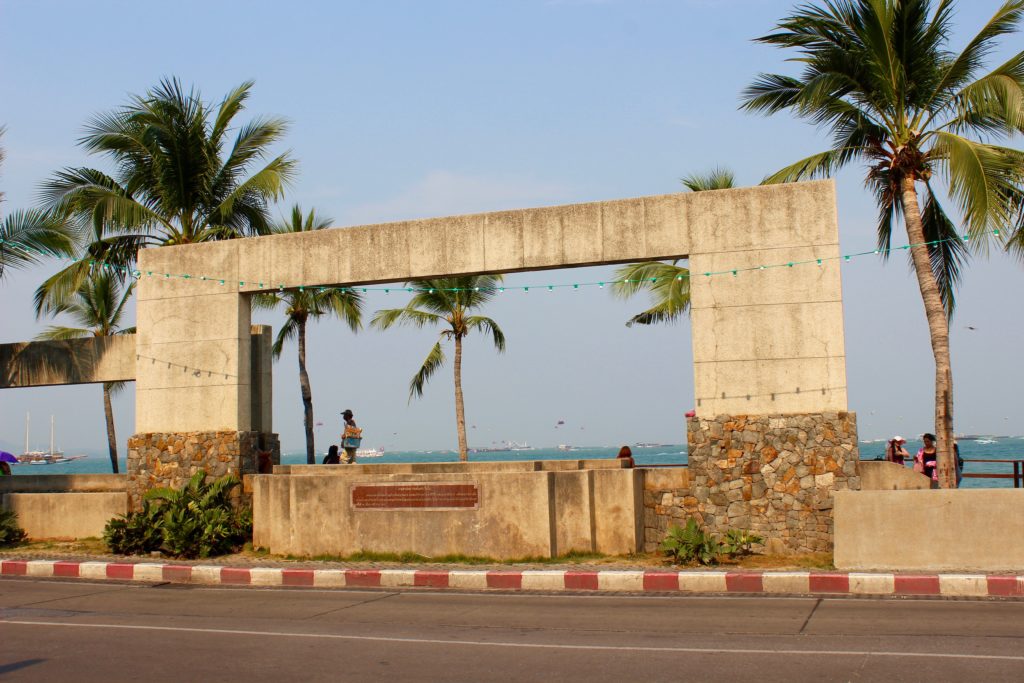 I had heard of this place called Sanctuary of Truth which was located on Rachvate Cape, around 20 minutes out of the city. This construction or piece of art has been work in progress by since 1981. It’s wooden temple-like structure towering 100 metres high represents various forms of art, no matter what nationality or religion they are, to reflect thoughts and spirits of eastern cultures. 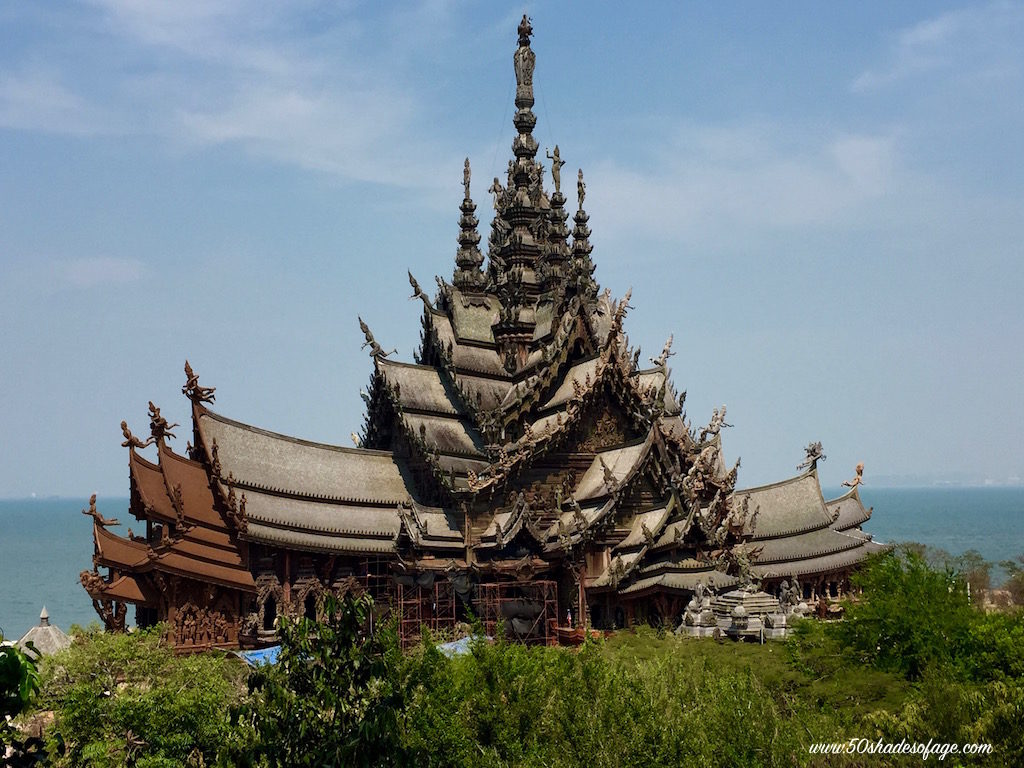 The building consists of wooden carvings of gods and goddesses and elaborate designs based on traditional Buddhist and Hindu motifs. My favourites were the intricately carved elephants that adorn the building. 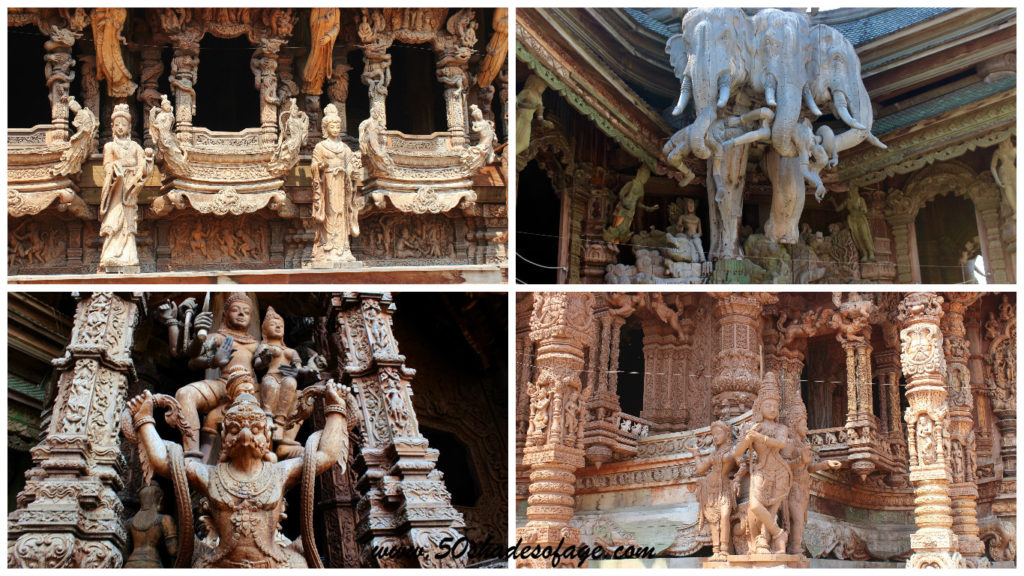 I normally don’t bother with professional tourist photographers who are seemingly at every tourist place in Thailand, but on this particular day I was enticed by the chance of dressing as a Thai Princess inside the temple. Besides it was my birthday! 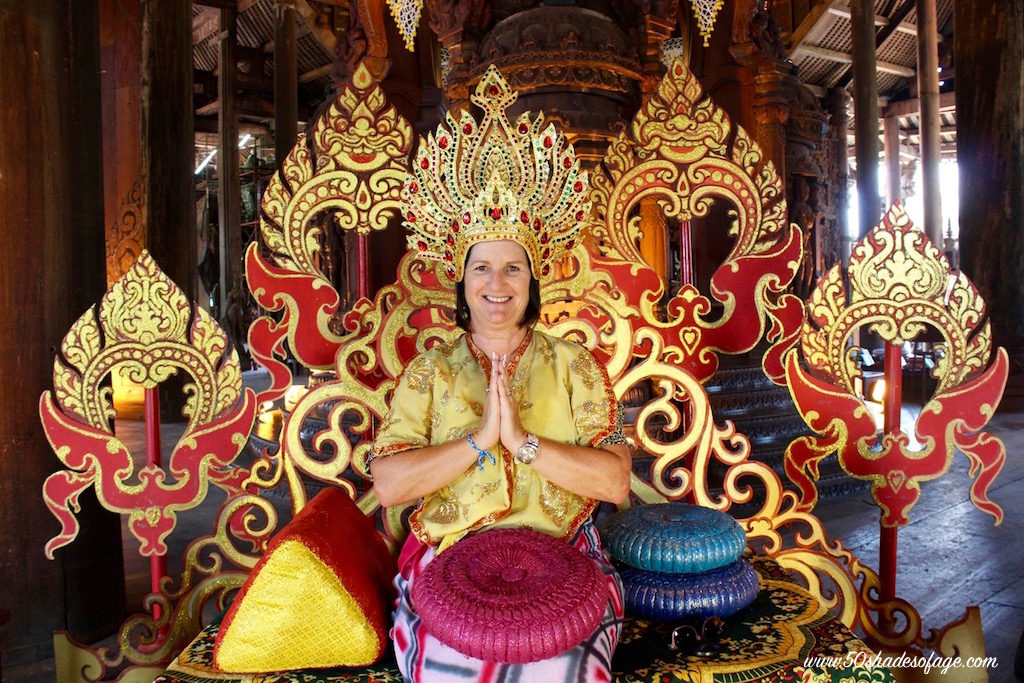 Thai Princess at the Sanctuary of Truth

The inside is covered in the same rich carvings as the outside, and there’s a large altar in the centre of the rotunda where you can light a candle for Buddha. 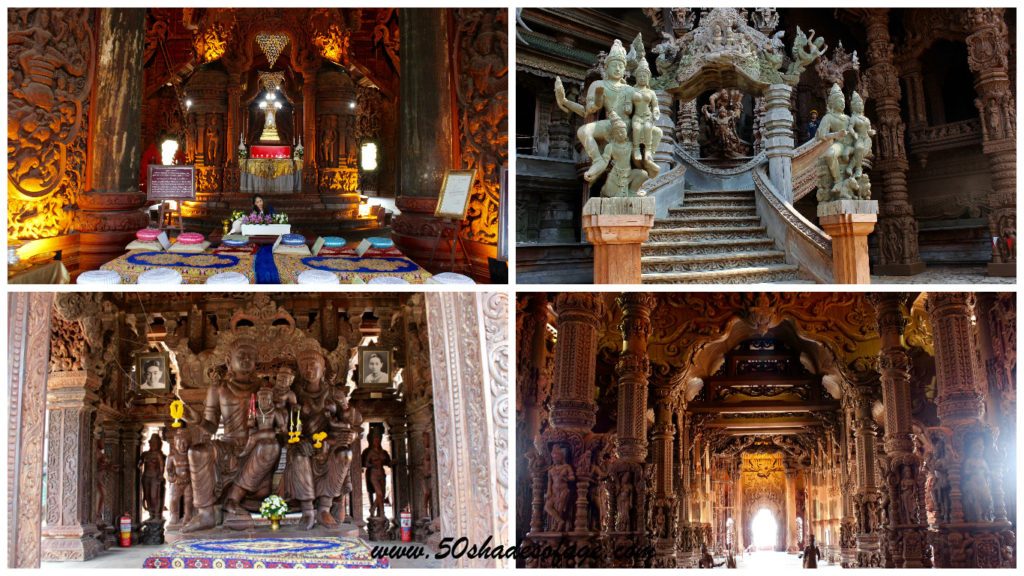 Inside the Sanctuary of Truth

Surrounding the temple there are Theme Park type attractions, like elephant rides, horse rides, ATV tours and a Dolphin show. But really the piece de resistance is this magnificent wooden temple – it is simply mind-blowing! 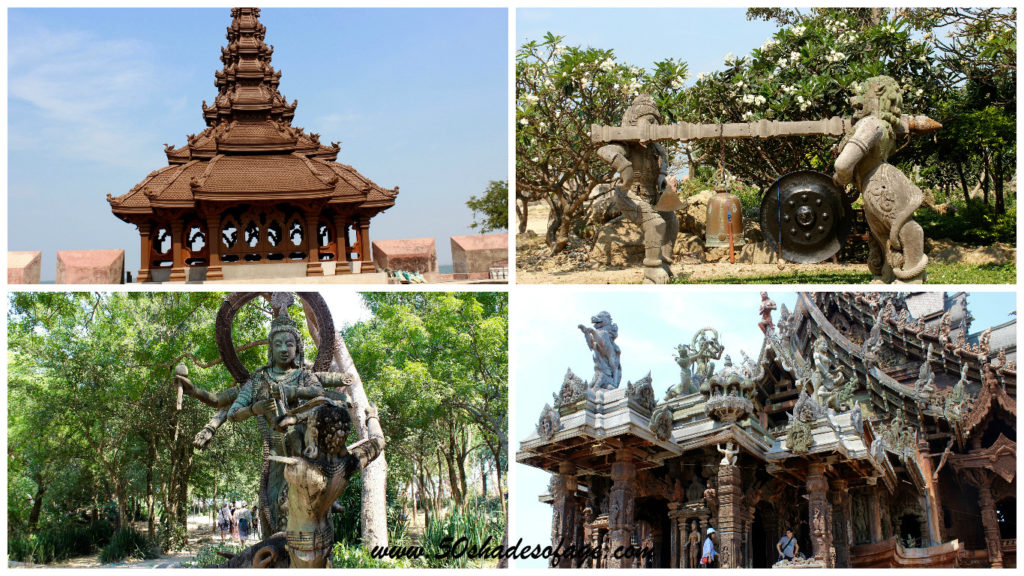 The surrounds of the Sanctuary of Truth

Returning to Pattaya city and beachfront we found a restaurant and chowed down for lunch. Afterwards we checked out a couple of Pattaya’s largest shopping malls, Central Festival Pattaya and Mike’s Shopping Centres.

After a bit of retail therapy I indulged in a traditional Thai massage at one of the hundreds of massage salons that try to make a living in Pattaya. It was my birthday after all! A girl should spoil herself on the anniversary of her birth! 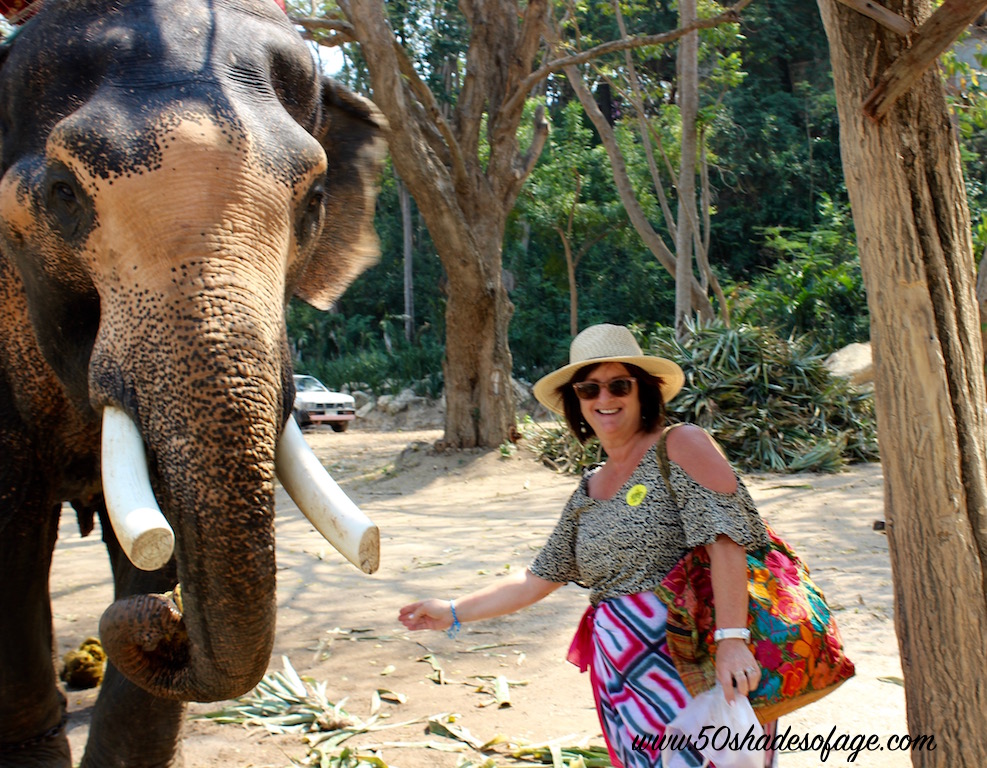 Feeding the Elephants at Sanctuary of Truth

Please note: For the record I did not ride on the elephants as I believe it is cruel and unnecessary for the poor beasts to bear the weight of the houdah (seat) to carry heavy loads of tourists.

Spread the love
PattayaSouth East Asia CruiseSouth-East AsiaThailandTravel Thailand
By 50 Shades, May 20, 2016 Kathy was a 50 something year old when she started up this blog 6 years ago, but has since turned over another decade and is now in her early 60s. She is married with two adult children and lives on the Tweed Coast of New South Wales, Australia. Kathy enjoys living life to the fullest and loves to keep fit and active by maintaining a healthy diet and exercising regularly. Some of her interests include reading, photography, travelling, cooking and blogging! Kathy works part-time as a freelance writer but her real passion is travelling and photographing brilliant destinations both within Australia and overseas and writing about it.