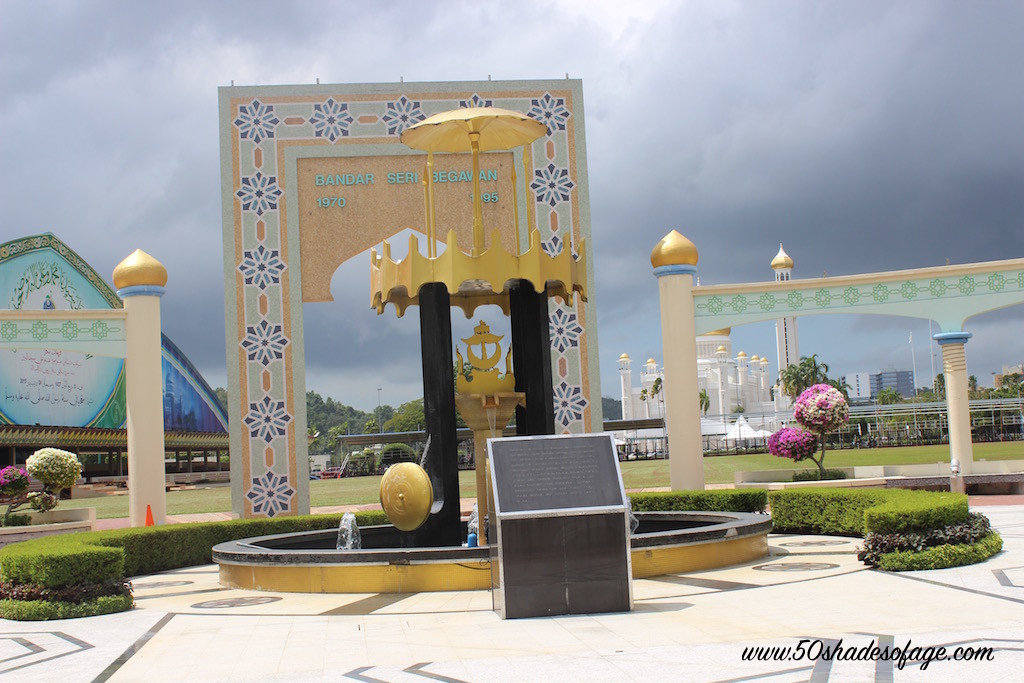 After stopping at three ports in Malaysia: Penang, Langkawi and Port Kelang (Kuala Lumpur) we returned to Singapore for a day whilst more passengers got onboard for the next leg of our cruise.

The third port in Malaysia, Port Kelang was a long way from Kuala Lumpur (around two hours by bus or taxi), so we decided to spend the day near the port at a shopping mall. As we have previously been to KL we weren’t at all disappointed. 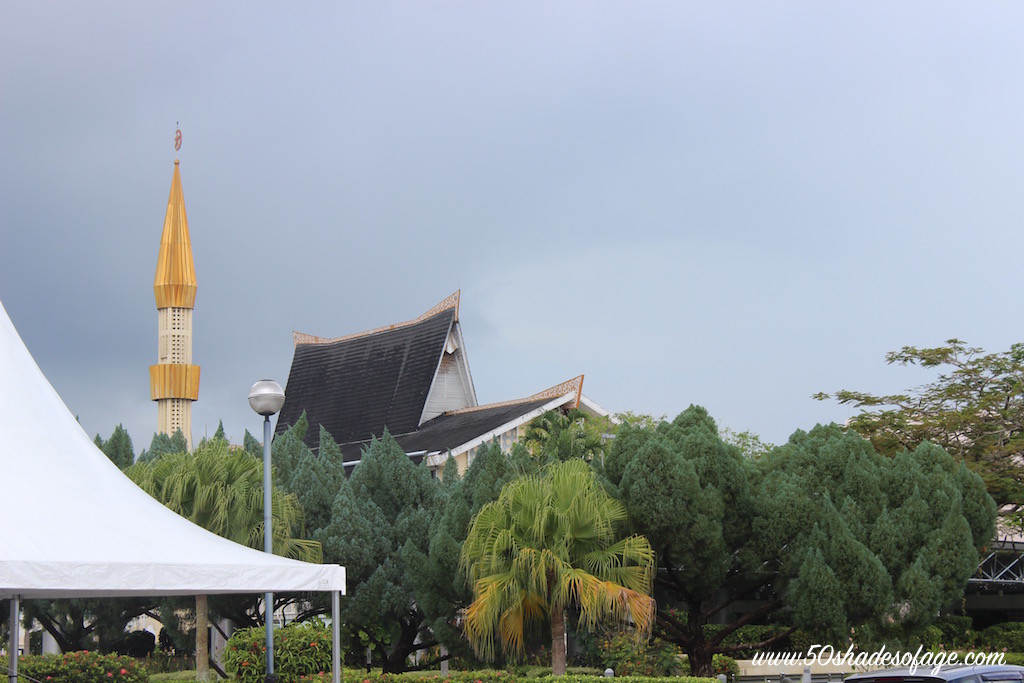 Our day at Singapore was spent exploring Gardens by the Bay and then Chinatown which were both excellent. We returned to the cruise ship to meet up with our good friends Robyn and Steve and we had heaps to catch up on over a few drinks at the bar on the stern of the ship!

We set sail that evening and when we awoke next morning we were in Muara, Brunei. It is amazing how you leave one country and you are in another the next day! 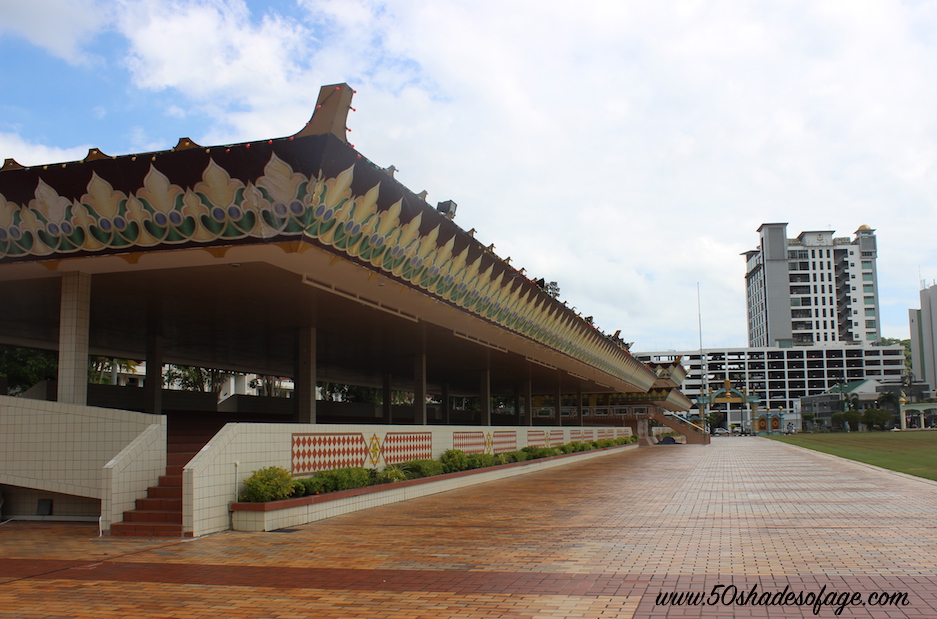 Brunei is a tiny nation on the island of Borneo, in 2 distinct sections surrounded by Malaysia and the South China Sea. It is the fifth-richest nation in the world based on its petroleum and natural gas fields. 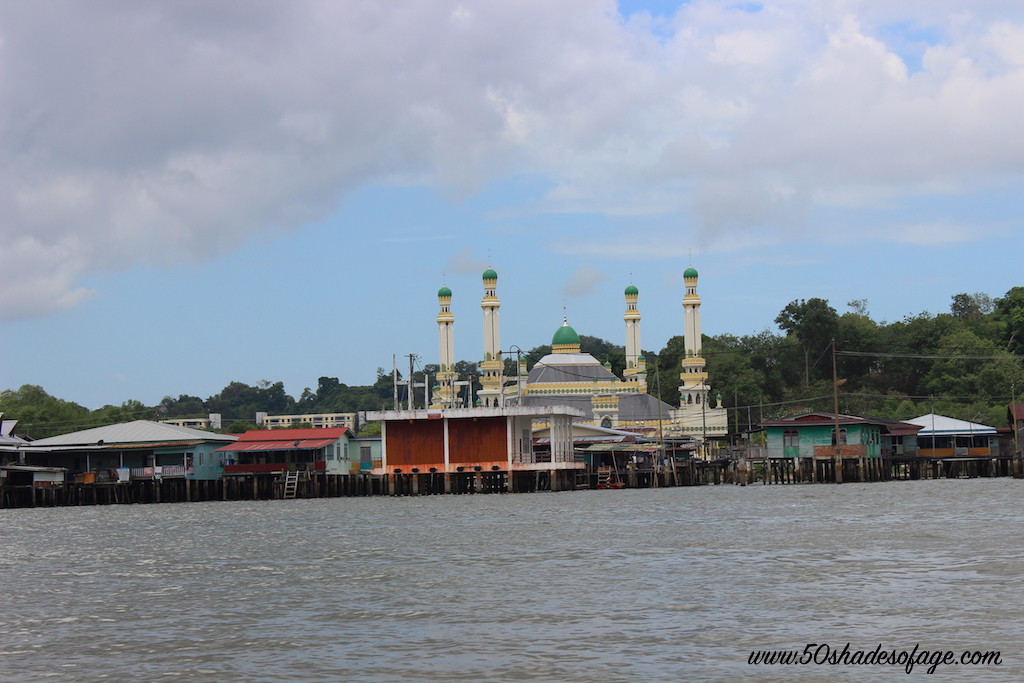 Sultan Hassanal Bolkiah imposed Sharia law in 2013 on the country’s Muslims, which take up roughly two thirds of the country’s population and making Brunei the first and only country in East Asia to introduce Sharia law into its penal code. This is evidenced in the large amount of mosques, which are seemingly everywhere. 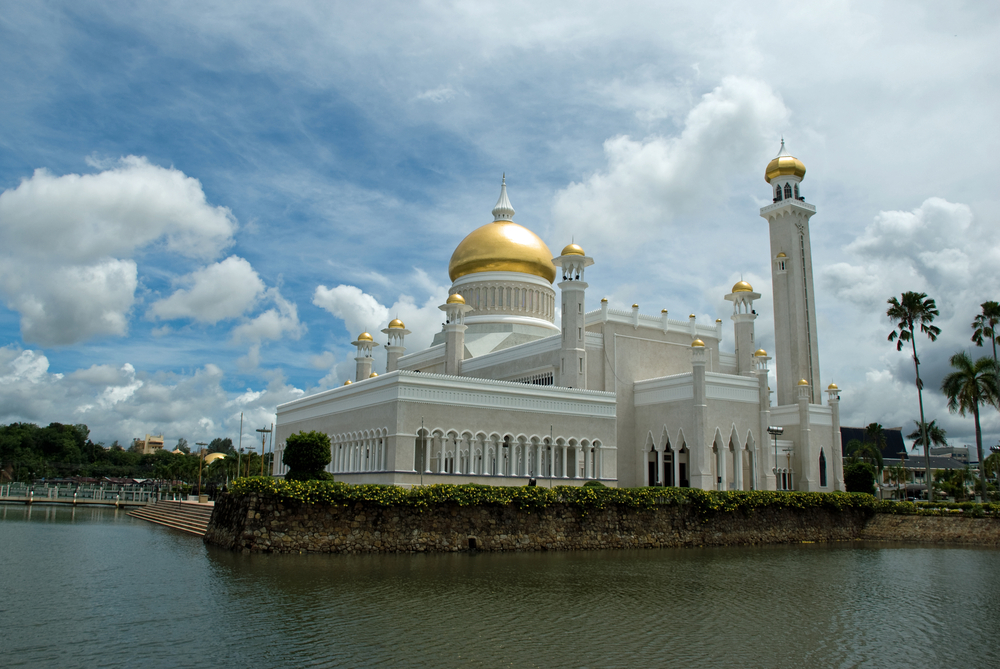 The Sultan of Brunei, Hassanal Bolkiah is head of state and resides in a massive palace in the capital city of Bandar Seri Begawan. Named Istana Nurul Iman, meaning “Palace of the Light of Faith”, this official residence of the Sultan is the largest residential palace in the world. A very impressive sight, although you cannot get anywhere near it, except for glimpses from the river! 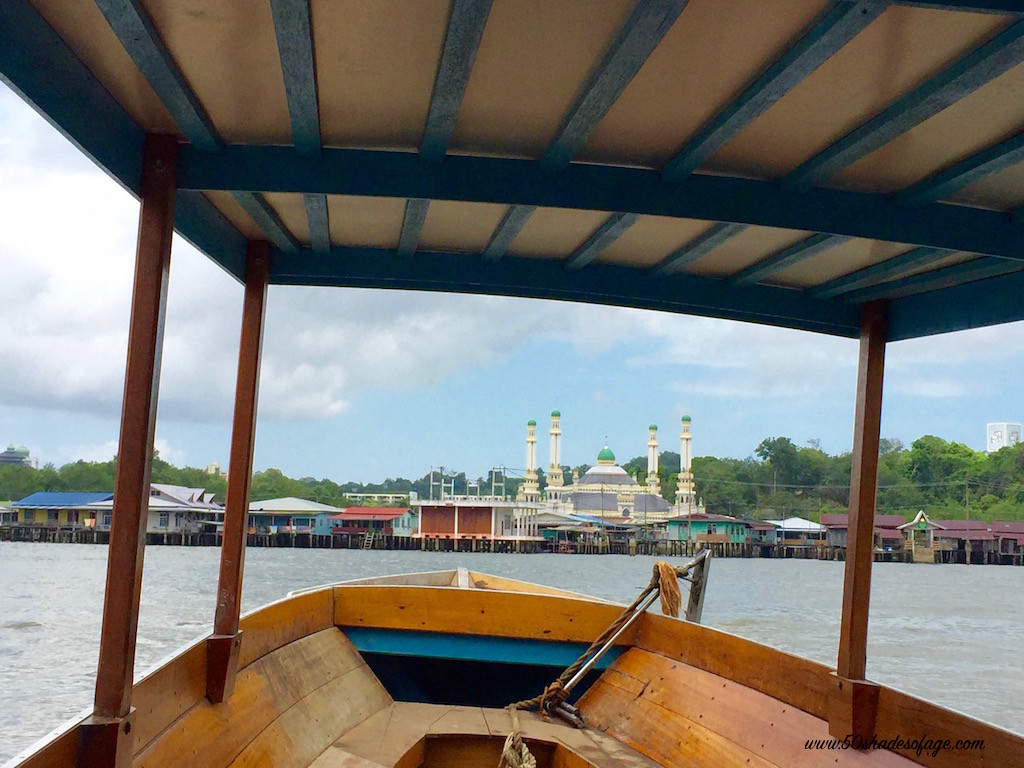 On arrival to Muara Port we caught a public bus into Bandar Seri Begawan which was around half an hour via the local roads into the city. We were told to wear modest clothing, so we wore knee length shorts and short sleeve blouses so that we weren’t exposing too much flesh in such a strict Sharia law city. 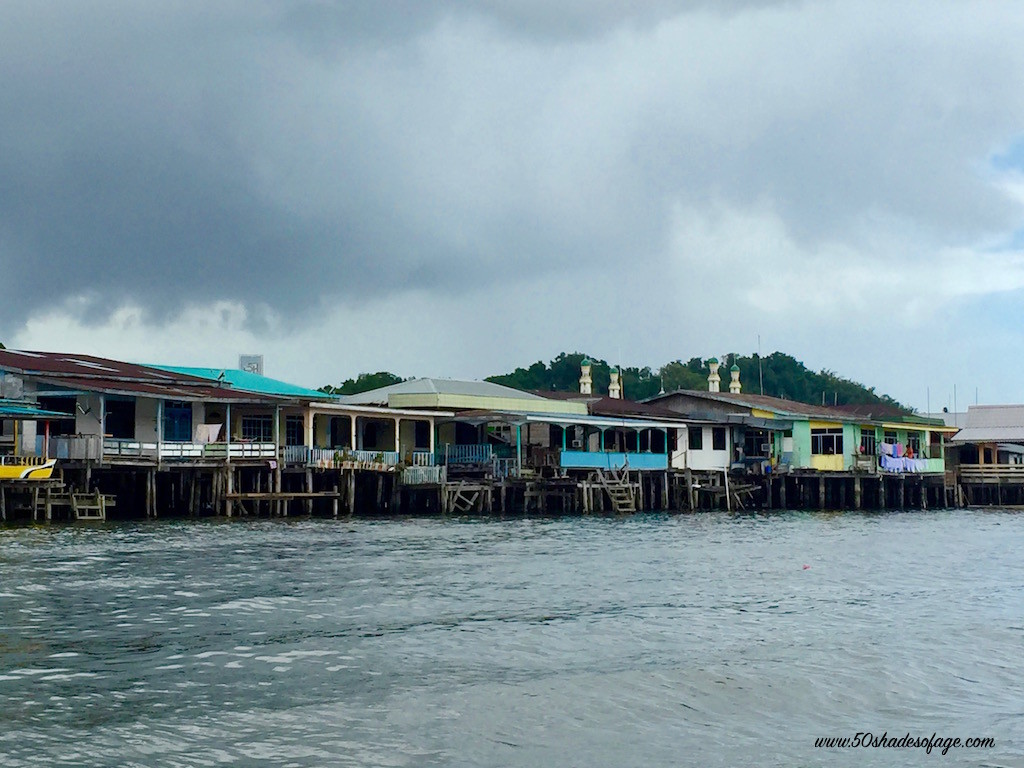 Once there we were whisked away by a small boy who led us to the river to enjoy a long boat cruise down the Brunei River to check out Kampong Ayer (the water villages), which are self-sufficient with their own schools, shops, cafes and mosques. 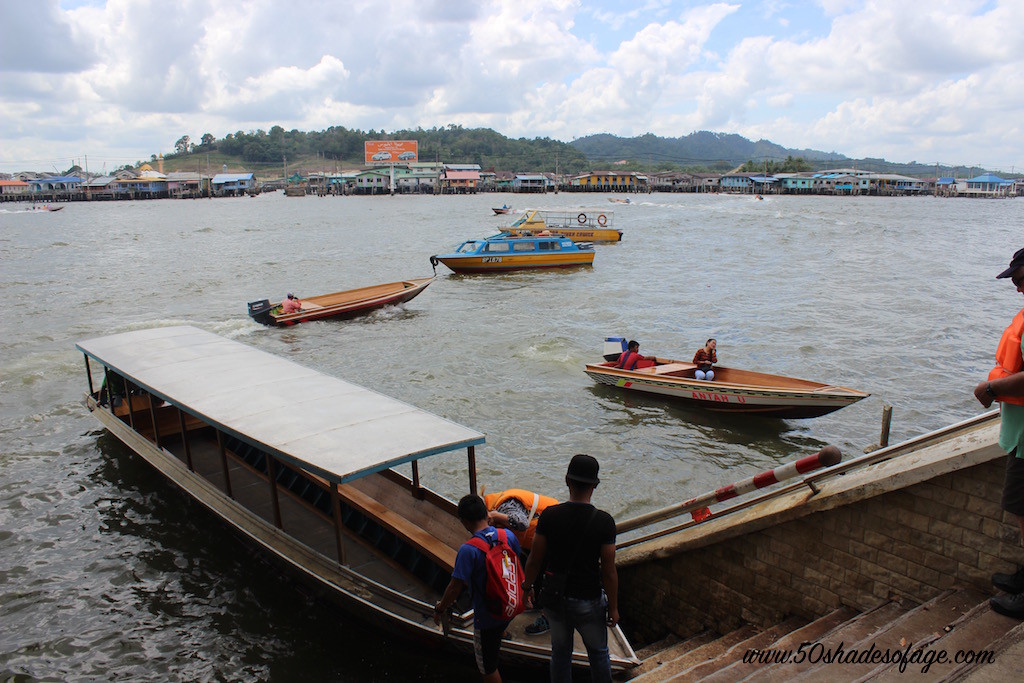 Long Boat on the Brunei River

As we cruised down the river we spotted a fresh-water crocodile, much birdlife, monkeys swinging in the trees and mangrove forests. 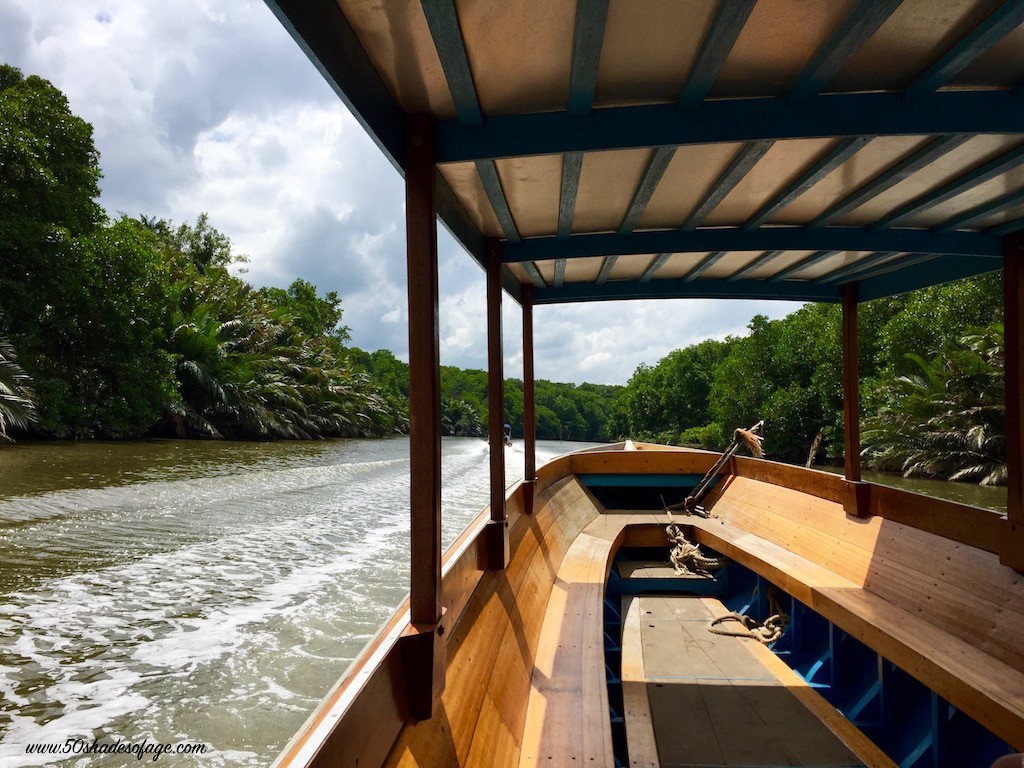 We returned to the city to check out the Omar Ali Saifuddien mosque, Royal Regalia Museum and the Tamu Kianggeh markets. We walked around the city until 12pm and then all of a sudden the place became deserted. 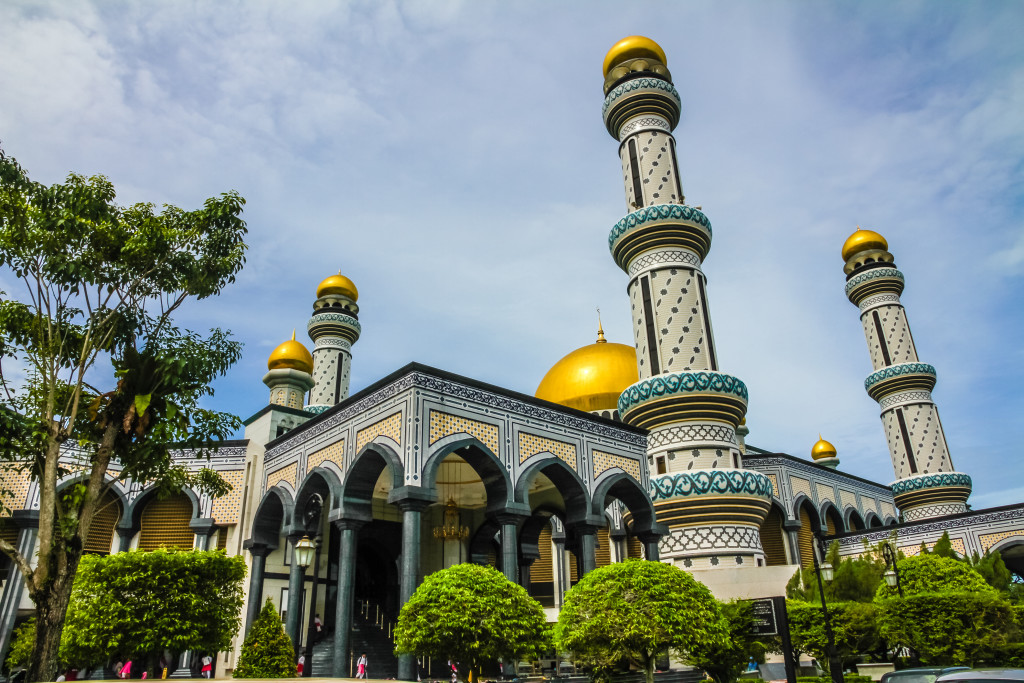 Unfortunately we came to this city on the worst day of the week, a Friday! Every Friday at 12pm, Brunei’s capital city of Bandar Seri Begawan becomes a ghost town. Every business – from restaurants to entertainment outlets – must remain closed by Sharia law for two hours until prayers are finished. This literally left us twiddling our thumbs waiting for attractions to re-open! 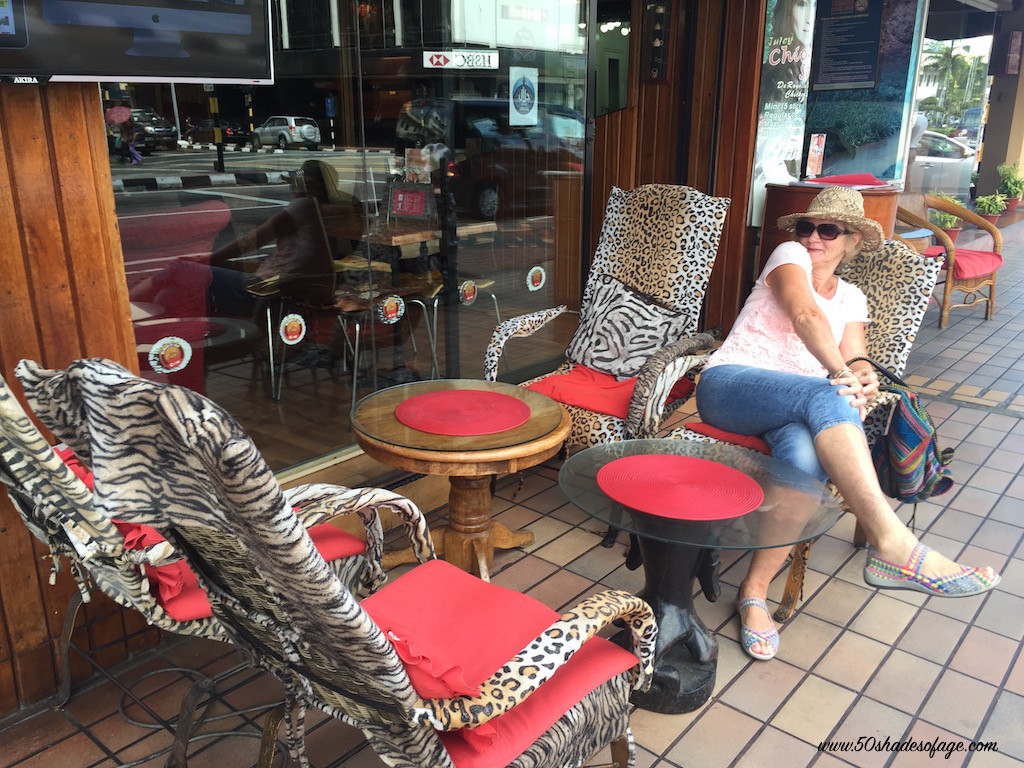 We had a quick cup of coffee and a bite to eat and then got back aboard a local bus. The bus driver, sensing that the majority of his passengers were tourists, (I wonder what gave us away?), took us on a scenic tour of Muara beach and parklands. Such a nice little detour and his entrepreneurial skills did not go unnoticed when he received many generous tips when we all got off the bus! 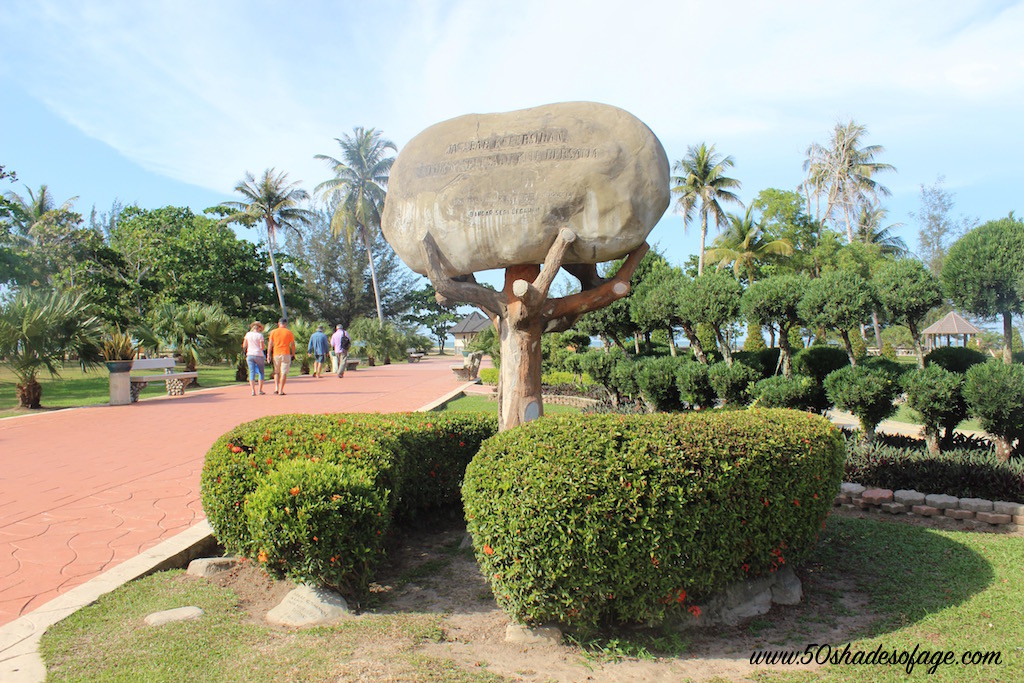 Brunei was an education for me. I have previously travelled to muslim cities, for example Istanbul, and found it to be fascinating from a cultural perspective. The opulence and wealth of Brunei, as revealed in its spectacular mosques and government residences, is a sight to behold. However at the other end of the spectrum, the floating villages were also delightful.

Spread the love
Bandar Seri BegawanBruneiSouth East Asia CruiseSouth-East Asia
By 50 Shades, April 17, 2016 Kathy was a 50 something year old when she started up this blog 6 years ago, but has since turned over another decade and is now in her early 60s. She is married with two adult children and lives on the Tweed Coast of New South Wales, Australia. Kathy enjoys living life to the fullest and loves to keep fit and active by maintaining a healthy diet and exercising regularly. Some of her interests include reading, photography, travelling, cooking and blogging! Kathy works part-time as a freelance writer but her real passion is travelling and photographing brilliant destinations both within Australia and overseas and writing about it.