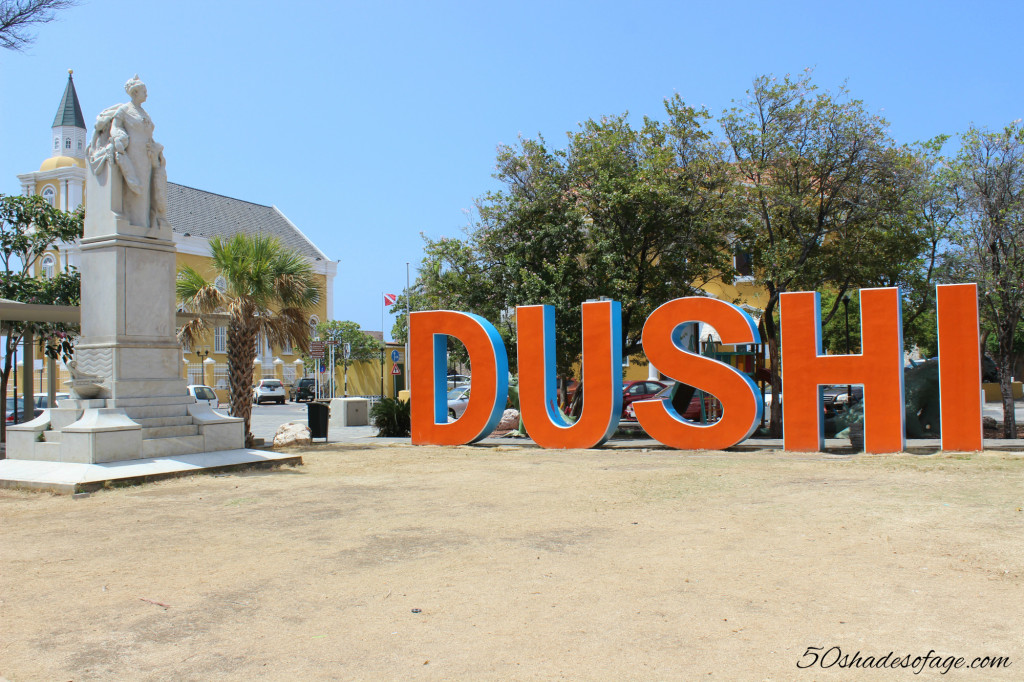 I think the most curious thing about Curacao, the sixth stop on our cruise, is the Queen Emma Pontoon Bridge, which joins Punta to Otrabanda districts in the capital of Willemstad. Also known as the “Swinging Old Lady,” it swings open using two powerful ship motors, allowing ships to access the port. So you can be crossing the bridge and all of sudden be stranded in the middle of the harbour on this floating structure! 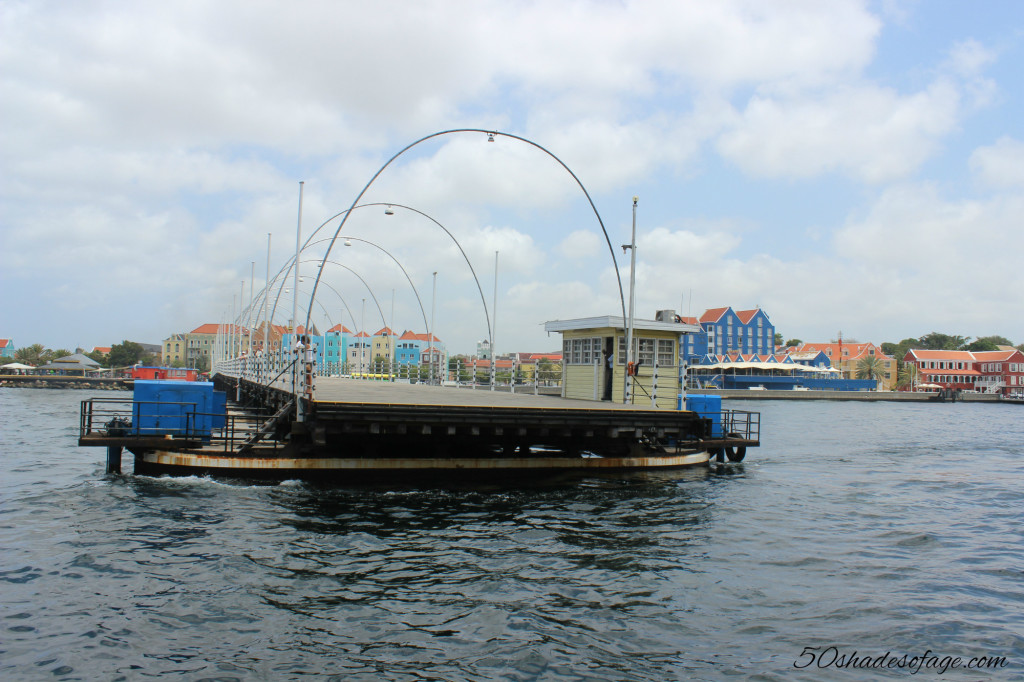 This Dutch Caribbean island located approximately 65 kilometres north of the Venezuelan coast, has all the ambience of Old Amsterdam, with its Dutch inspired multi-coloured buildings and wide range of historic buildings in and around Willemstad that has resulted in the capital being designated as a UNESCO World Heritage Site. 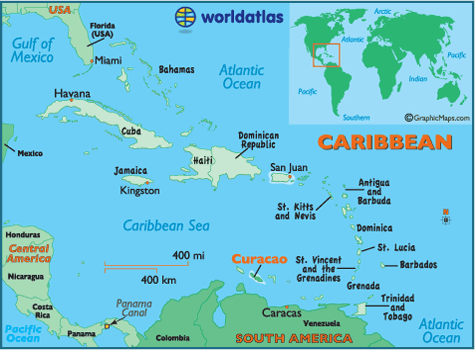 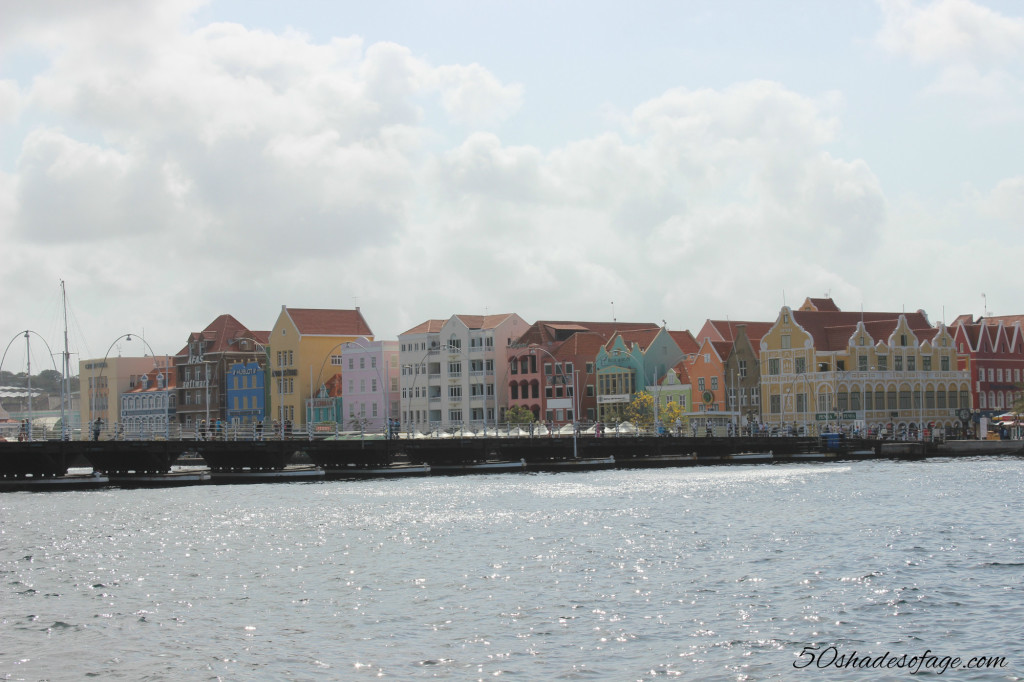 But the other curious thing about it is the name “Curaçao” has become associated with a shade of blue, because of the deep-blue version of the liqueur named Curaçao, that is produced on the island. This liqueur is made from the dried peel of the laraha citrus fruit, (a bitter orange), grown on the island and doesn’t just come in its trademark blue colour, but also can be red, orange, green, yellow, brown or clear. 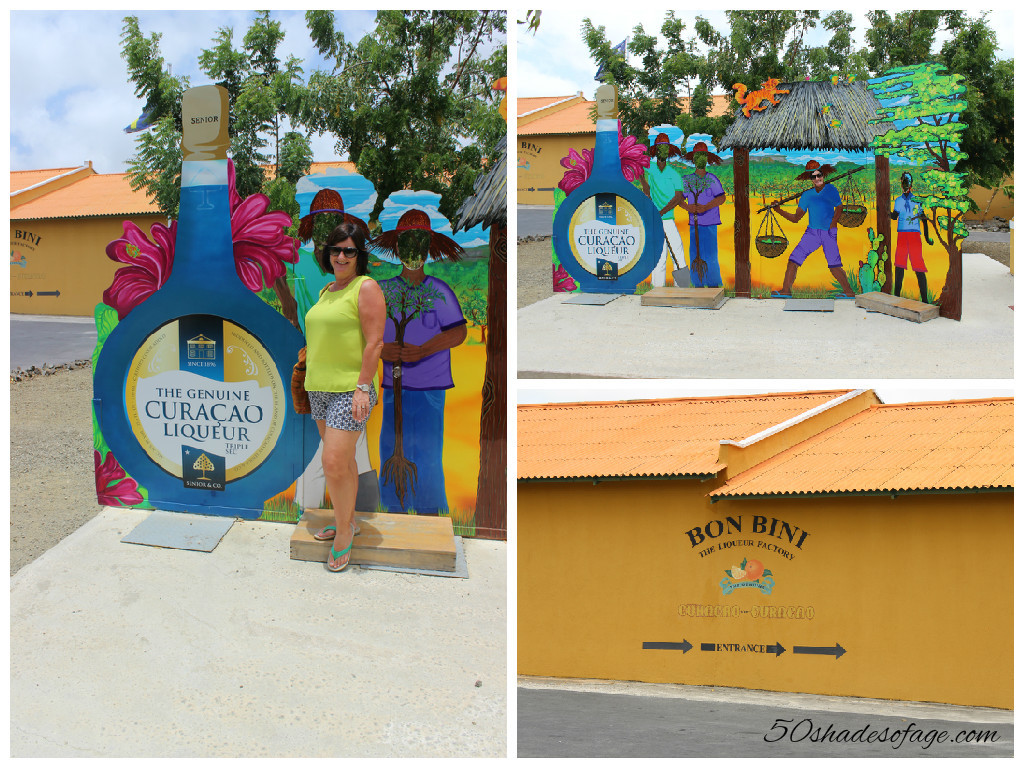 When the Dutch arrived in 1634, they built forts at key points around the island to protect themselves from foreign powers, privateers and pirates. Six of the best preserved forts can still be seen today. 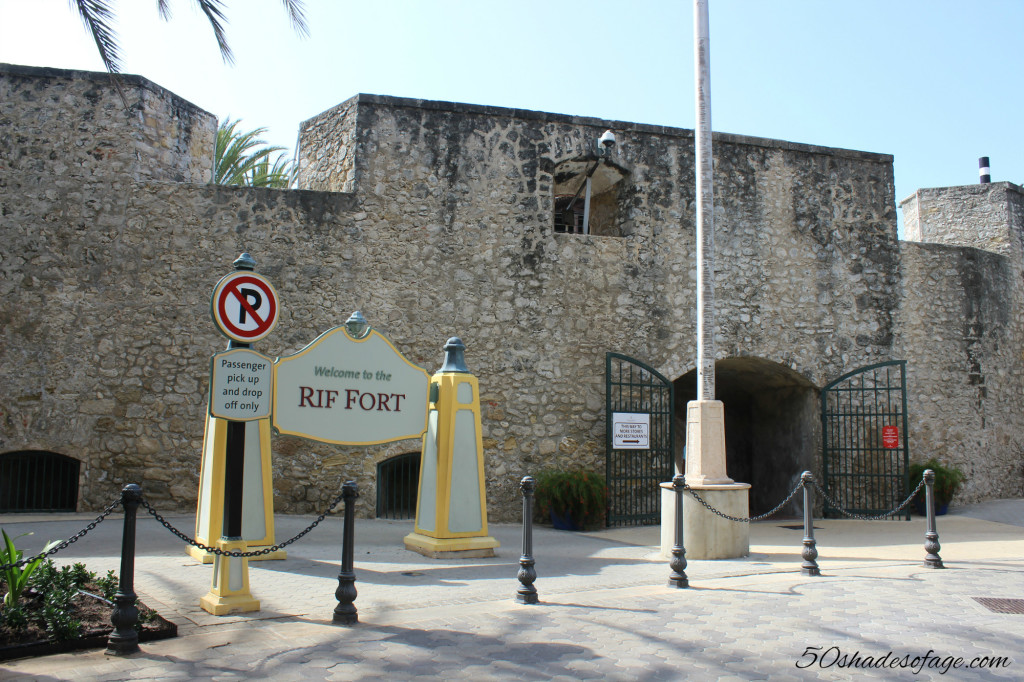 Curacao was involved heavily in the slave-trade, who worked on plantations and salt mines on the island, until slavery was abolished in 1863. After the the discovery of oil at Mene Grande in 1914, the Dutch government built an extensive oil refinery installation which boosted the Curacao economy immensely. 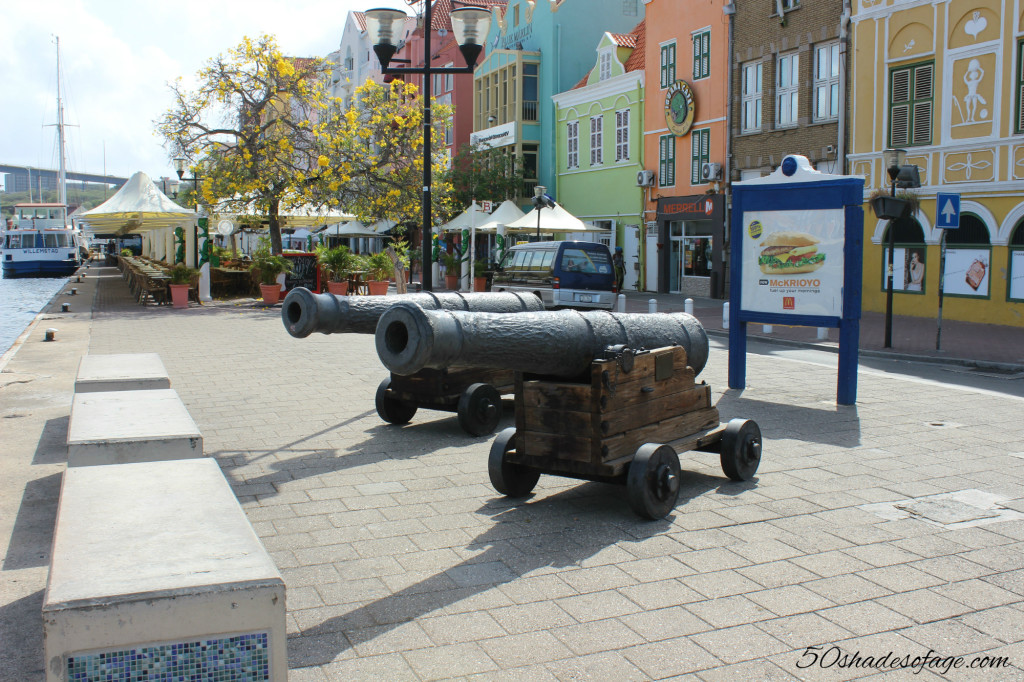 Interesting Fact: Prostitution in Curaçao is legal, just like the capital city of The Netherlands, Amsterdam. A large open-air brothel called “Le Mirage” or “Campo Alegre” has operated near the airport since the 1940s.

Most visitors that disembark the cruise ship walk across the famous Queen Emma Pontoon Bridge and take several snaps in the process of the curious bridge, with the multi-coloured buildings lining the harbour in the background, in the Punta district. A walk around town is definitely worthwhile with beautiful buildings, statues, history, world-class shops and interesting floating markets. 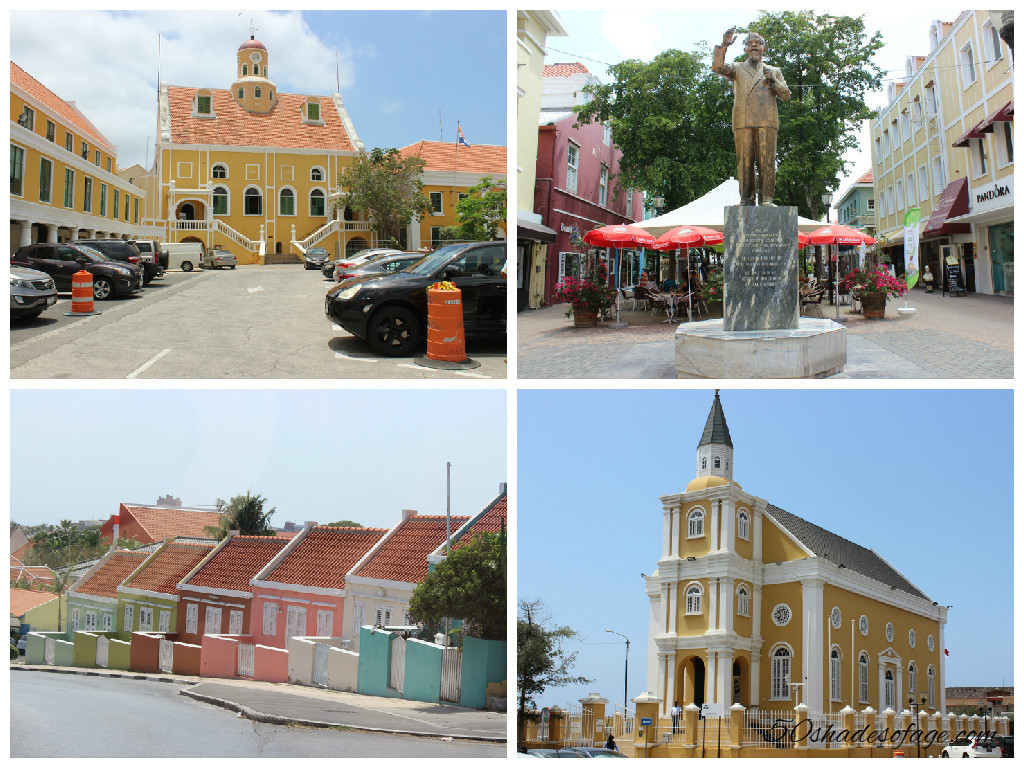 Did I mention that the shopping is extremely good in Punta, Willemstad? Well yes, I think I might have! 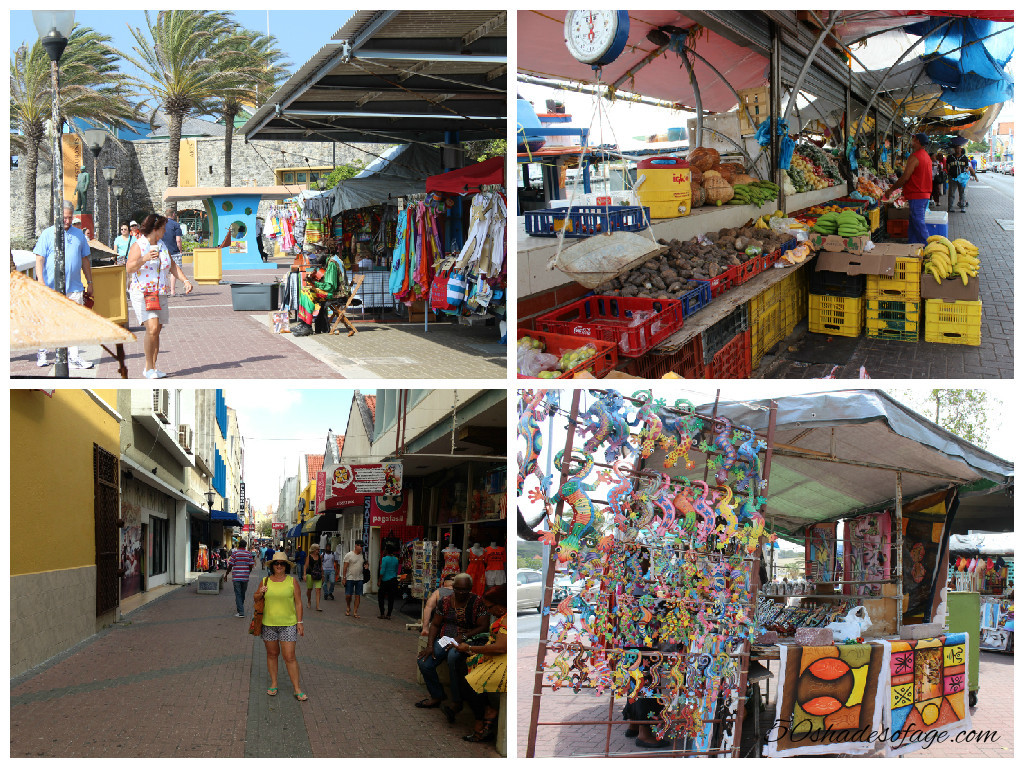 So apart from history and Dutch inspired architecture, Curacao has more than 35 named beaches and offers fantabulous choices for sun, sand, and surf. Some are intimate pocket beaches in finger coves surrounded by massive cliffs, while others are expansive stretches of sand secluded by nature or bustling with activities – like Mambo Beach Club, where we stopped. 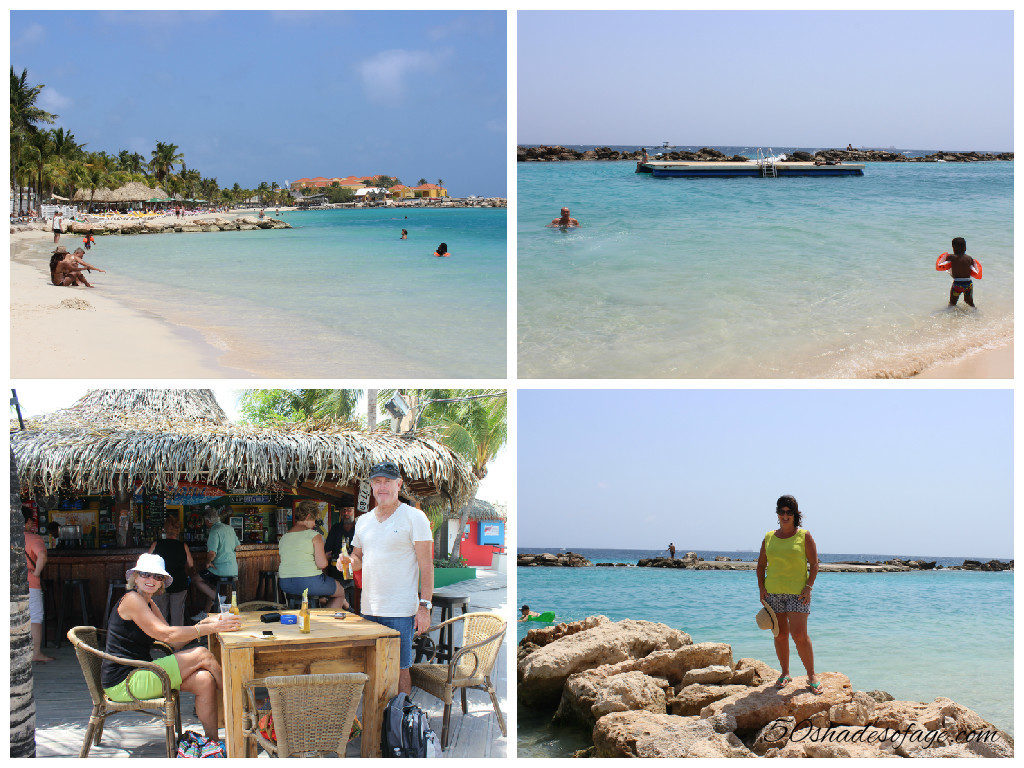 We took a mini-bus tour around part of the island with an extremely informative and entertaining Dutch tour guide who filled us in on the intriguing history of Curacao and stopped at some of the points of interest along the way, such as the Curacao Liqueur Factory, Mambo Beach Club and scenic vantage points. Lastly our bus drove across the Queen Juliana Bridge, one of the highest bridges in the world, at 185 feet above the sea level of St Anna Bay to accommodate the tanker ships entering the narrow harbour. The views from this bridge were stunning, however we could not stop on the bridge to take any photos. 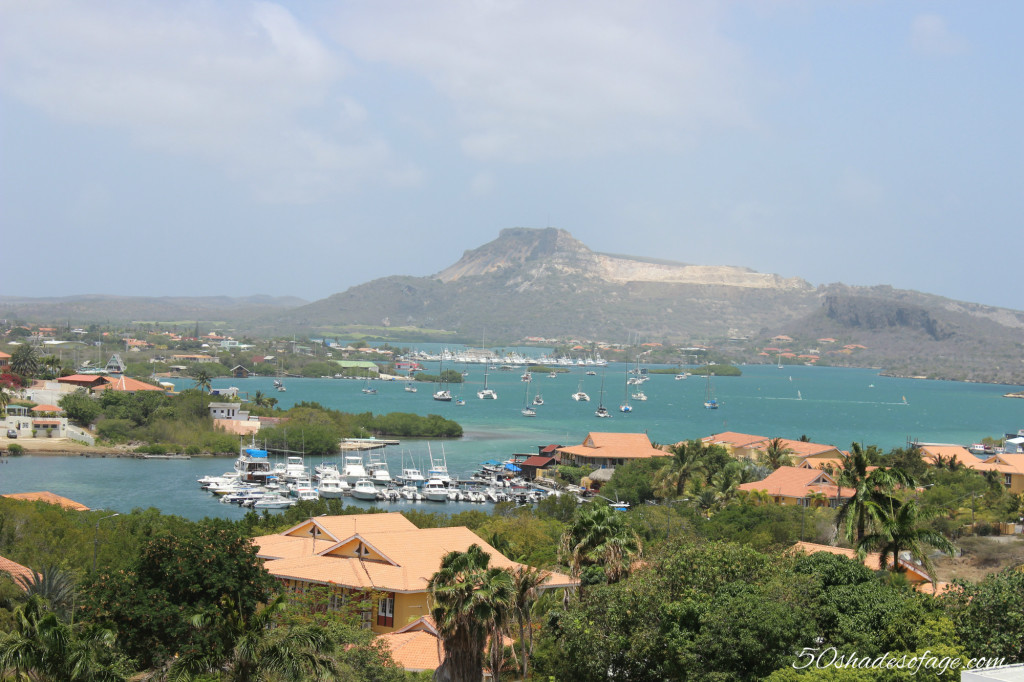 Now I know you have been dying to know what that huge sign ‘dushi’ in the middle of Willemstad means? If you call someone ‘dushi’ it means you are calling them sweetheart, babe or even sexy. Which pretty much sums up what I thought of Curacao – it is a very ‘dushi’ place!

Check out my previous post on the Caribbean Island of Aruba

Spread the love
Caribbean CruiseCaribbean IslandsCaribbean SeaCuracao
By 50 Shades, July 17, 2015 Kathy was a 50 something year old when she started up this blog 6 years ago, but has since turned over another decade and is now in her early 60s. She is married with two adult children and lives on the Tweed Coast of New South Wales, Australia. Kathy enjoys living life to the fullest and loves to keep fit and active by maintaining a healthy diet and exercising regularly. Some of her interests include reading, photography, travelling, cooking and blogging! Kathy works part-time as a freelance writer but her real passion is travelling and photographing brilliant destinations both within Australia and overseas and writing about it.