in In My Backyard, Life & Leisure, Travel, Travel Australia 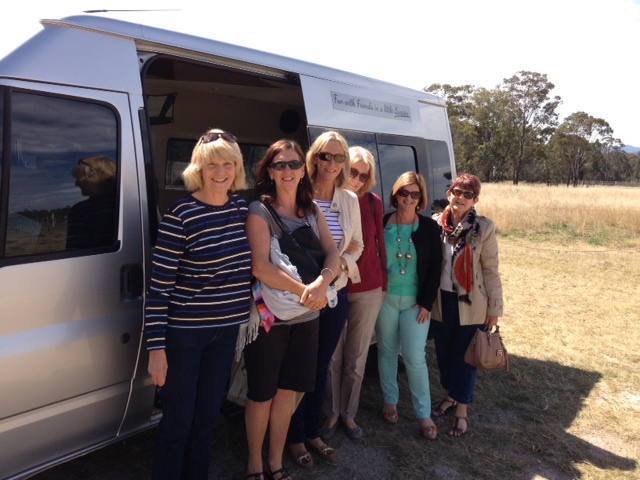 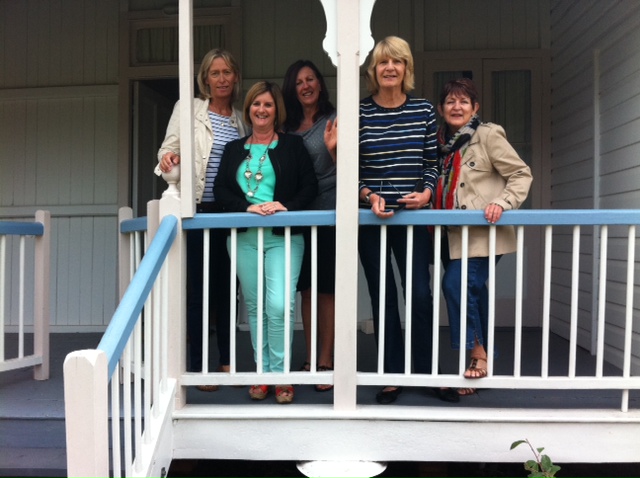 Six mature women, one luscious long weekend and a destination known as ‘Wine Country’.  Sounds very dangerous to me!  And so the WINOE’s (Women in need of entertainment) set off to Stanthorpe to indulge in the local fare.

Just a short two and a half hour drive south-west of Brisbane, is the town called Stanthorpe which is located in the Granite Belt area.  This region is predominantly agricultural with apples and grapes being their main crops.  It boasts around 50 wineries in the surrounding area and this is hugely popular with wine connoisseurs (or just girls who really love wine!)

We booked our weekend at the end of winter expecting the temperature to be nice and cool, as Stanthorpe does have some of the lowest temperatures on record in the state of Queensland. Our desire was to sit around the open fire in the little 3 bedroom cottage that we had rented for the weekend.  Alas, this was not to be.  The temperatures were in the low to mid twenties that particular weekend! 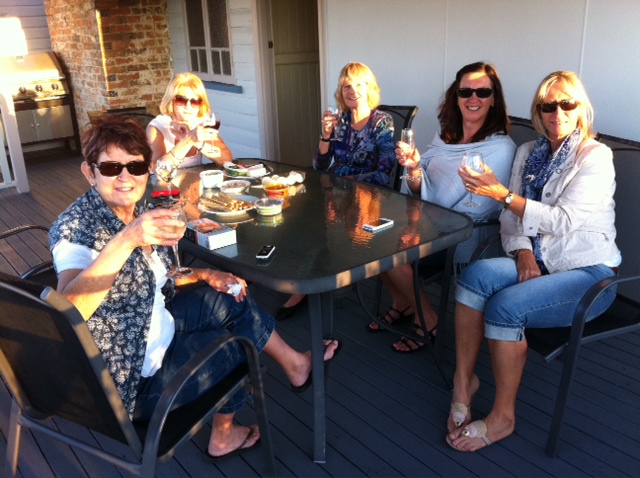 Our digs for the weekend, Appleblossom Cottage, were extremely charming and comfortable.  We loved the open farmhouse-style kitchen, the woodfire heater in the lounge room and the large deck at the rear of the house where we partook in a few afternoon beverages and nibblies.  It was also ideally located close to the shopping centre of town, the large park with lots of walking paths and a couple of good restaurants.

We had pre-booked a wine tour and set off with Stanthorpe Tours www.stanthorpetours.com.au for a day of pure indulgence on the ‘Wine and Cheese Delight Tour’.  Our fabulous driver, Gary, put us all aboard the very luxurious limousine style mini-bus and we set off to our first winery.  Onboard we had a nice bottle of bubbly sitting on ice waiting for us, along with bottles of water, a cheese platter and little chocolates.  We felt extremely spoilt – and the day had just begun! 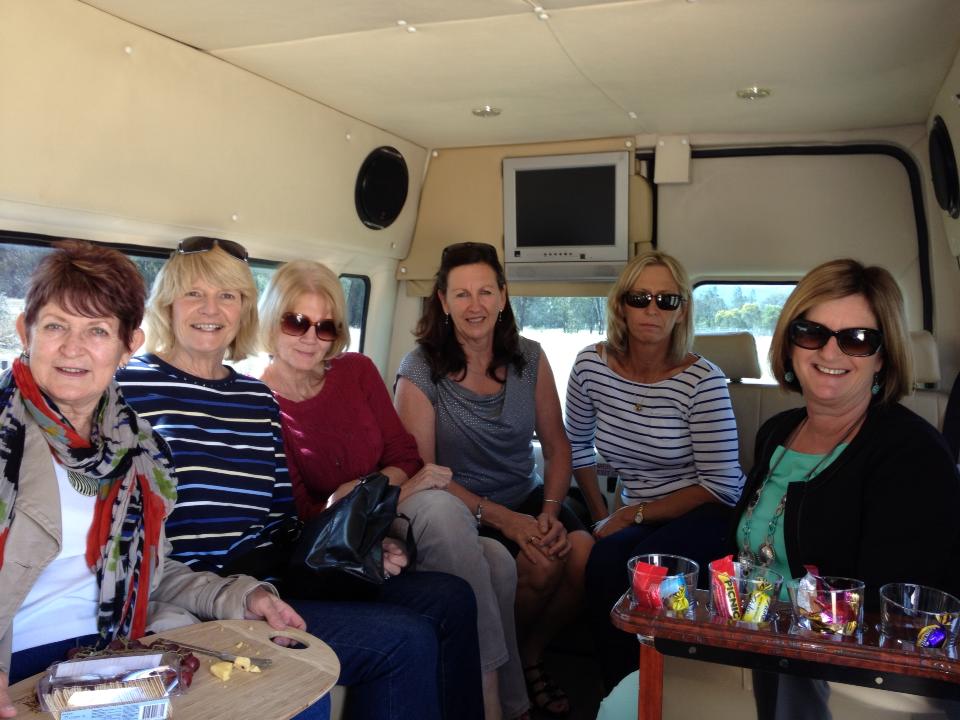 We had decided that we should have a team song for the weekend and Cold Chisel’s ‘Cheap Wine and a Three Day Growth’ was one of the songs suggested!  We all started singing as the bus departed the built-up area of Stanthorpe into the countryside.  We were certainly in good spirits as we set off (and we hadn’t even had a drink yet!)

After three stops at three different wineries, tasting all the wines they had on offer, we were all a little ‘merry’!  Thankfully, Gary suggested we have lunch and he drove us to Happy Valley Homestead Restaurant for a very tasty two-course lunch, which was included in the tour price.  As well as having cabin accommodation and a restaurant, Happy Valley has a microbrewery called Granite Belt Brewery.  We were given the opportunity to taste six different brews of beer, however we decided to pass since our heads were still in a bit of a spin!

After lunch it was off to two more wineries, then a visit to a local cheese factory.  Here we got to sample their cheeses and some lovely different jams and relishes.  Although we were still stuffed from our lunch we managed to sample some of the produce and purchased some of their fine cheeses. 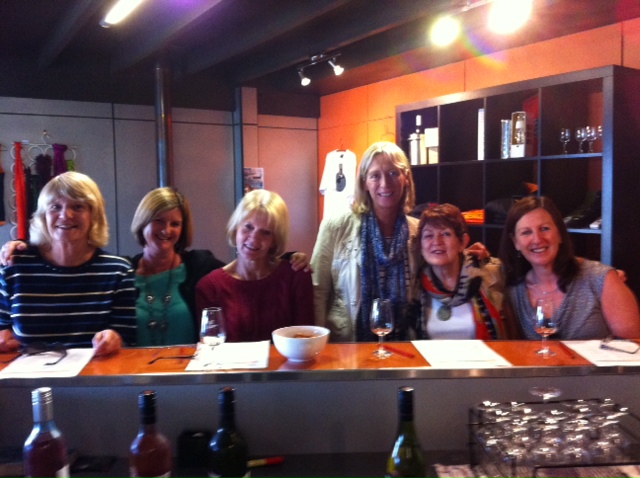 We could not fault the day – we had the time of our lives.  Gary and Stanthorpe Tours were absolutely wonderful.  Nothing was too much trouble – he carried all of our wine purchases for us and even marked our names so that we could work out who bought what at the end of the day, (which was probably a good idea considering our state!) I almost forgot to mention that the wines were very good too.

As for Stanthorpe, I would say that it is an extremely good weekend destination.  Although time prevented us from doing so, it is highly recommended that you take the 28 Km drive out to Girraween National Park.  Girraween, meaning ‘place of flowers’, is a park of massive granite outcrops, large angular tors, and precariously balanced boulders. Spectacular wildflower displays splash colour among the granite in spring. I think that will be a must-see next trip. 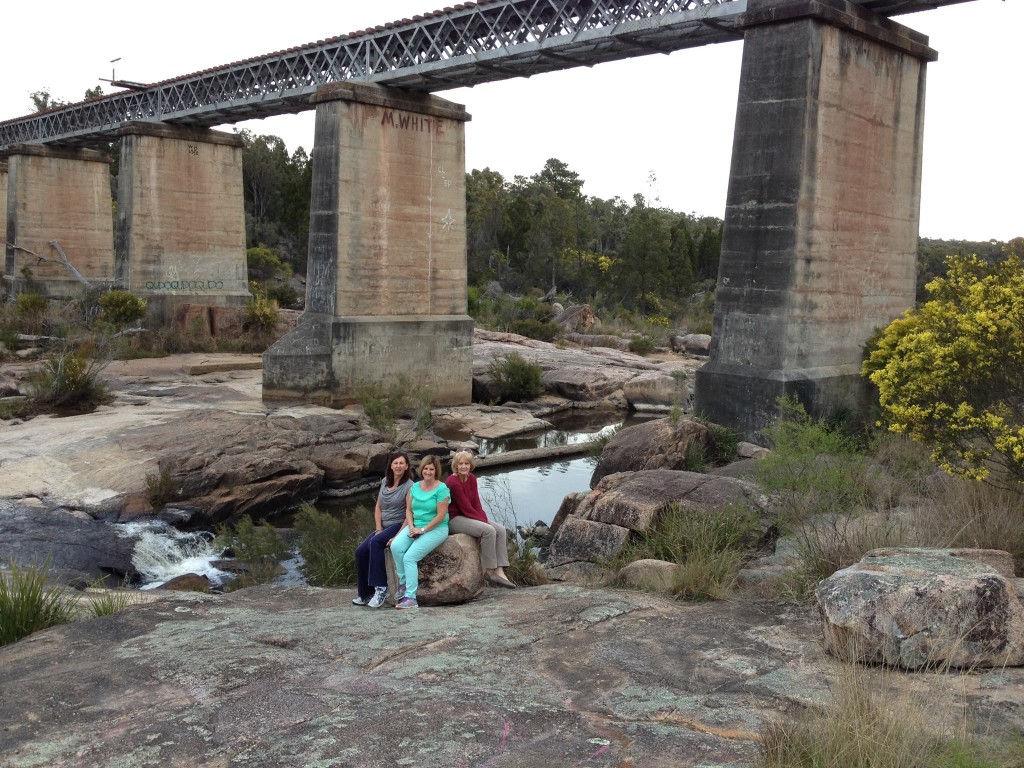 We loved the country atmosphere of Stanthorpe – it’s people were down to earth and extremely friendly, the pace was nice and relaxed and the town itself was very neat and clean.  Do yourself a favour and take a weekend trip out to this picturesque little town and make sure you bring plenty of ‘hangover’ medication for the morning after the wine tour!

Spread the love
Girls WeekendsStanthorpe WeekendStanthorpe-wineriesWinery Tours
By 50 Shades, April 15, 2015 Kathy was a 50 something year old when she started up this blog 6 years ago, but has since turned over another decade and is now in her early 60s. She is married with two adult children and lives on the Tweed Coast of New South Wales, Australia. Kathy enjoys living life to the fullest and loves to keep fit and active by maintaining a healthy diet and exercising regularly. Some of her interests include reading, photography, travelling, cooking and blogging! Kathy works part-time as a freelance writer but her real passion is travelling and photographing brilliant destinations both within Australia and overseas and writing about it.