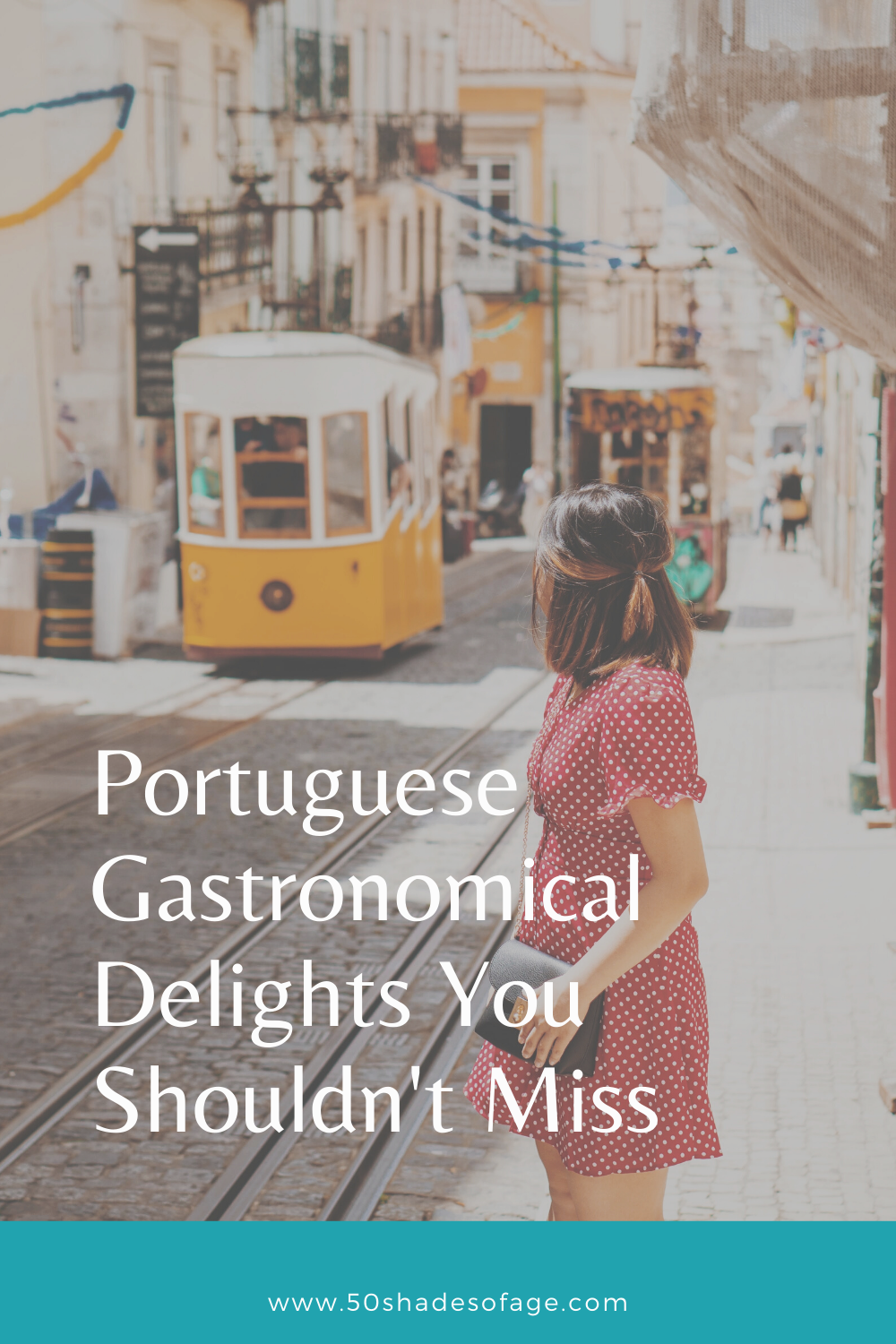 Portugal is a marvellous travel destination that offers a lot more than just beautiful beaches and tasty seafood. There are also plenty of delicious local delicacies worth trying! In this blog post, we’ll take you on a culinary journey through the country’s gastronomical delights. From sweet desserts to savoury dishes, there’s something for everyone. So, what are the foods to add to your travel plans?

One of the most famous dishes of the country, caldo verde is a flavoursome and hearty soup, made of potatoes, chourico sausage, and a dark green cabbage, that is very hard to find outside Portugal. But feel free to use kale as a substitute when you are cooking the soup at home. Chourico is Portuguese cured pork sausage that can be eaten raw or cooked. It tastes similar to Spanish chorizo, so you can use it instead. This dish is traditionally served with a slice of bread on the side for dipping.

The name translates to “green broth” due to the soup’s rich colour, and it has origins in Portugal’s Minho region.

Cataplana combines different types of seafood and veggies, cooked together for an hour, sharing flavours and aromas. The dish is made with either clams or shrimp, potatoes, onions, garlic, olive oil, rice, and saffron.

Bifanas are another all-time Portuguese classic, and a tasty alternative to hamburgers. This dish is often served for lunch or dinner, and is perfect for a quick meal. The name translates to “pork sandwiches” in English, referencing the way it’s prepared: pork meat is marinated in wine vinegar, garlic cloves, salt pepper, and other classic Portuguese ingredients before being fried on both sides. There is no right recipe for the meat marinade, and all dining venues have something special, and swear that they have the tastiest version! So make sure to try bifanas in a few different places to get a full picture.

Desserts are definitely something to pay attention to during your vacation! The famous Portuguese custard tarts especially, as they were made in heaven. Pastéis de Nata is a decadent and sweet way to finish your meal and prolong the pleasure. They can be served in different variations: either untouched or filled with cinnamon sugar.

Interestingly, this delicacy was created by nuns! At the time, convents needed egg-whites in copious amounts to stiffen clothes, so there were plenty of egg yolks left to waste. This simply couldn’t do, so the assiduous nuns added a bit of milk, flour, and sugar and gave the world the masterpiece of Portuguese custard tarts.

Portugal is a country with many cultural riches and its wine industry is as old as the country itself. As Portugal’s geographical position provides fantastic conditions for vineyards, the country prides itself on the production of some of the best wines in the world!

Let’s take the famous Port wine for example. Usually, ordering a glass of Vinho do Porto one would expect to get red dessert wine, but keep in mind that it’s not always the case. Port can be white and rose, as well as dry, semi-dry, and semi-sweet, so be careful when matching it with ordered food.

And if Porto is known all around the world, the breathtaking Douro Valley produces something much less famous, and so much more treasured – Barca Velha. Only 18 bottles were made since 1952, making Barca Velha one of the rarest wines in the world. The reason is simple, as it’s bottled only when there is no shadow of a doubt about its superior quality, the wine of Reserva Especial Ferreirinha is produced in years when something is not perfect.

If you are not much into wine tasting or want to try something different, there’s always ginjinha! Ginjinha is a type of liquor produced by soaking cherries in alcohol for several months until it becomes intensely flavourful.

Now you can see why gastronomical Portugal tours are so popular among globetrotters around the globe. The idea of dedicating a few weeks to treating yourself to the best of the country’s cuisine is simply amazing. If you are interested in learning more about the possible gastronomical experiences, check out Triptile vacation planner. It will not only allow you to find out more about the food tours in Portugal, but also how to put together a trip of your dreams in a matter of a few minutes.

Spread the love
PortugalPortuguese CuisineTravel Portugal
By 50 Shades, May 25, 2021 Kathy was a 50 something year old when she started up this blog 6 years ago, but has since turned over another decade and is now in her early 60s. She is married with two adult children and lives on the Tweed Coast of New South Wales, Australia. Kathy enjoys living life to the fullest and loves to keep fit and active by maintaining a healthy diet and exercising regularly. Some of her interests include reading, photography, travelling, cooking and blogging! Kathy works part-time as a freelance writer but her real passion is travelling and photographing brilliant destinations both within Australia and overseas and writing about it.