Are Low Cost Airlines Worth It? 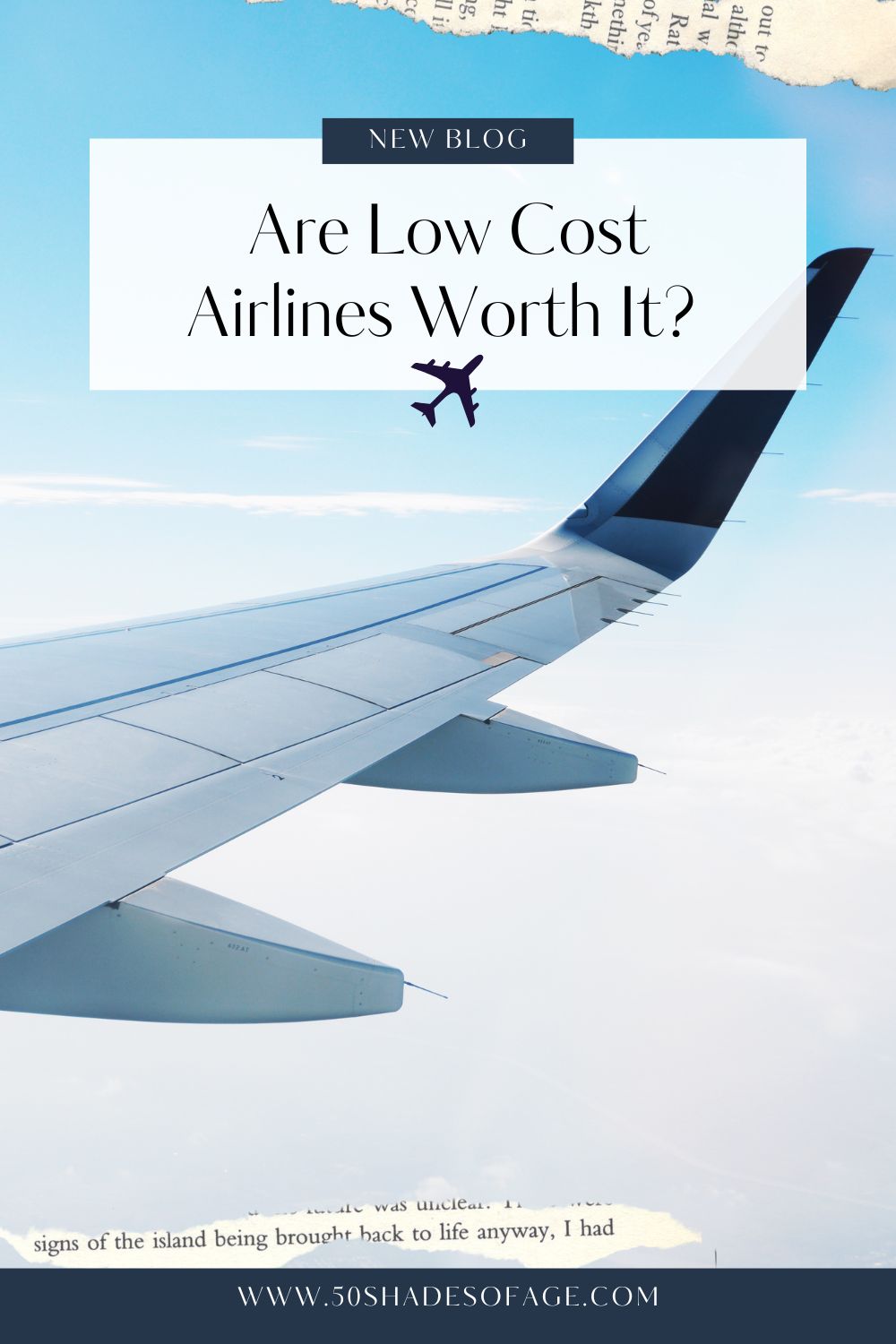 In Australia, we have all started to travel again, both within our own country and to overseas destinations. This year I’ve actually caught flights to Sydney, Cairns, Bali and more recently, Japan. Naturally, my husband and I always look for the best air fare deals with some of the low coast airlines. However, after having a couple of bad experiences with flights, I’m asking myself are low coast airlines worth it?

Unfortunately, it has been a shaky start for some of our Australian airlines, namely Qantas and Jetstar. There have been numerous episodes of cancelled and delayed flights, leaving passengers stranded overseas in places like Bali. There have also been baggage handling problems and aircraft mechanical issues.

Why Are Airlines Having Issues?

According to Qantas, most issues were as a result of staff layoffs during the Covid-19 pandemic. Since flights returned to pre-Covid numbers most airlines have faced troubling times with flight delays, cancellations and mishandled baggage. This has been due largely to staff being off with Covid-19 and the unavailability of fully trained staff. Qantas have addressed these issues by employing extra staff and reducing the number of domestic flights.

Jetstar, a subsidiary of Qantas, have experienced similar issues but also revealed that aircraft engineering problems including a lightning strike, a bird strike, damage from an item on the runway and delays sourcing specific spare parts for their Boeing 787 fleet, were contributing to cancelled flights.

However, since the resumption of flights in April I feel that these particular airlines should have had enough time to resolve these issues. In other words, I think they are looking for excuses for their obvious mismanagement, lack of communication and empathy shown towards their customers. It’s time for them to get their acts together!

The Impact of Cancelled/Delayed Flights

According to the media, thousands of Jetstar customers have been grounded at home and abroad as international flights keep being cancelled and not replaced. The inconvenience that customers endure due to the cancellations and delays (some of which have lasted up to 24 hours), is simply not acceptable. The airlines have shown little empathy towards their customers and have cancelled flights on short notice, sometimes without explanation.

From my own personal experience, I endured hours at the airport in April this year waiting to fly to Sydney to see my daughter, without any explanation or apology whatsoever from Jetstar staff. Then recently the same thing happened on our international flight to Japan, which was delayed by 3 hours, causing us to miss our connecting flight from Tokyo to Osaka. Fortunately, we were given a voucher for hotel accommodation by Jetstar staff in Tokyo and were able to fly out the following day. However, it still impacted on our pre-booked hotel accommodation in Osaka, leaving us out of pocket.

On our return flight home from Japan, our flight was once again 2.5 hours late. This meant that we had to endure hours in a freezing cold gate lounge late at night without access to food or able to retrieve warm clothing from our suitcases that had already been checked in.

We boarded our flight at 11.30pm instead of 9.00pm, with numerous customers complaining that they were going to miss their connecting flights. We received no apology from the Jetstar staff and we all boarded the flight asking for blankets to warm us up and something to eat and drink. However, we were told that blankets (provided in comfort packs), food and drinks were available at an additional cost. So no empathy, nor offer of compensation by way of free food or drinks. I thought it was disgusting! We were treated like sheep being herded into a cattle truck.

Since April this year air fares have not exactly been cheap, even with low cost airlines. However, if you’re planning to travel in 2024 there are some good deals on offer. But, buyers beware! The advertised discounted airfares often look cheap until you actually book the flight. Once you go through the booking process and add on things like checked-in baggage, seat allocations, food and drinks, in-flight entertainment and travel insurance, the air fares aren’t that cheap. Jetstar even charge extra to text message your flight itinerary to you!

I always check with Virgin and Qantas to see if their air fares are comparable as both airlines do not have as many add-ons. Frequently the air fare price ends up being similar or maybe $20-$30 more expensive. So in my opinion, I prefer to book with these airlines rather than take the risk of having a cancelled or delayed flight with Jetstar. Believe me, it’s worth paying a little extra to have some assurance that the flight is going depart on time, or at all.

My two other flights this year – one to Cairns and the other to Bali were both with Virgin Australia, with no delays or cancellations. They departed on time without any delays. Plus, I got 23 kg baggage included in my fare, complimentary water, tea and coffee, free in-flight entertainment and standard seats were free – you only pay for extra legroom.

Standard seats seem to have a little extra width and spacing on Virgin. My research reveals that seat pitch on a Boeing 787 is 78cm with Virgin and 76.2cm with Jetstar. Whilst Qantas offers a seat pitch of almost 79cm. A few centimetres certainly makes a difference, particularly if you’re tall.

Plus, the cabin crew appear to be a little friendlier and upbeat. Initiatives such as Virgin’s “Middle Seat Lottery”, are also a great new fun concept with winners being in the running for some great prizes. I think Jetstar need to up their game on their friendliness instead of appearing as if they’re just going through the motions!

My advice is to do your research prior to booking flights, particularly if you’re flying overseas. Compare airlines and find out if you really are getting a good deal from the advertised air fare. Here are some things to look our for:

In my humble opinion, I believe that low cost airlines aren’t worth the hassle during these uncertain times. I would prefer to have confidence that I’m actually going to reach my destination in a timely manner, and also get home safely. I also like to have some comforts whilst I’m flying, particularly on long haul flights. Paying a little extra for these are definitely worthwhile.

Spread the love
Air TravelBooking FlightsLow Cost AirlinesOverseas Flights
By 50 Shades, November 23, 2022 Kathy was a 50 something year old when she started up this blog 6 years ago, but has since turned over another decade and is now in her early 60s. She is married with two adult children and lives on the Tweed Coast of New South Wales, Australia. Kathy enjoys living life to the fullest and loves to keep fit and active by maintaining a healthy diet and exercising regularly. Some of her interests include reading, photography, travelling, cooking and blogging! Kathy works part-time as a freelance writer but her real passion is travelling and photographing brilliant destinations both within Australia and overseas and writing about it.