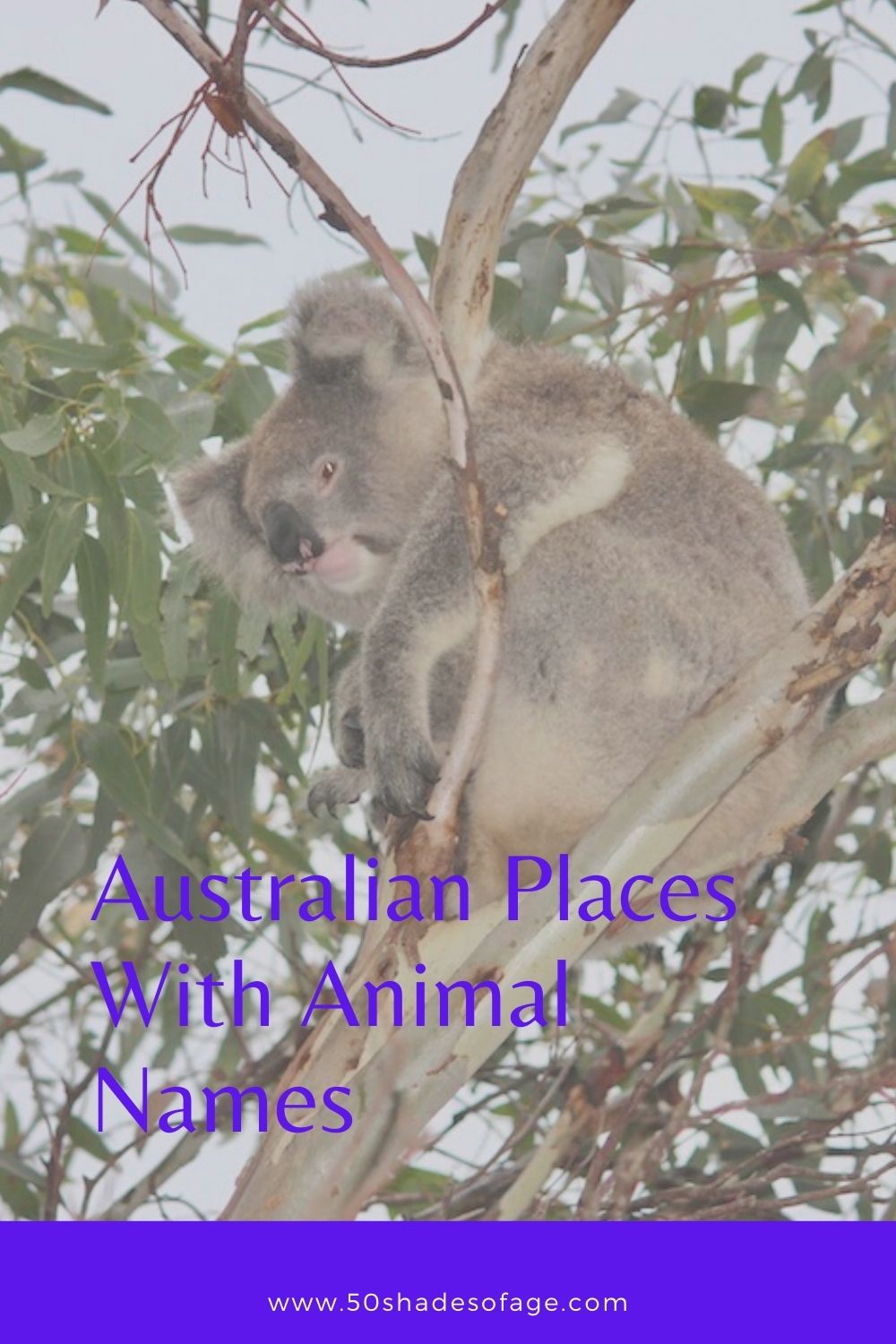 During my travels throughout Australia I have noticed a lot of places that have a reference to animals. I guess in a country like ours that is abundant with native fauna it comes as no surprise. So, here in no particular order, are some of our Australian places with animal names.

Emu Park, located on the Capricorn Coast near Yeppoon in Queensland, is a pretty seaside town with a famous Singing Ship Monument.

Located on the north coast of Kangaroo Island, Emu Bay has a long stretch of snow-white sandy beach that you can drive on.

Eagle Heights is located in the Gold Coast Hinterland’s Tamborine Mountain and offers spectacular views of the region. Eagles are commonly seen hovering over the mountain.

A narrow little neck of land that was used to imprison the convicts at Port Arthur, is located at the entrance to the Tasman Peninsula. Apparently Eaglehawks are common in the area.

A gorgeous little town on the mid-north coast of New South Wales, located between the sea and the Myall River is just north of Port Stephens. Hawks Nest is named after large nest of a hawk that was used as a navigational marker to indicate the entrance to Port Stephens.

Kangaroo Island is off the tip of the Fleurieu Peninsula, only 107kms from Adelaide, and then a 45 minute ferry ride across the sea. It is world renowned for being a sanctuary for large populations of native Australian animals, as well as being a place of beauty and absolute escape.

Inland from Berry on the South Coast of New South Wales is the village of Kangaroo Valley. It is located by the Kangaroo River with the famous Hampden Bridge, the oldest suspension bridge in Australia.

With three pristine secluded beaches, Cow Bay is a must see in the Daintree at Cape Tribulation in the far north of Queensland.

A small township with a “fish” theme throughout is Fish Creek in South Gippsland. Look out for the giant fish on the pub’s roof.

Located in the Toowoomba region on the New England Highway, is the town of Crows Nest that features heritage antique shops, a scenic national park and a great farmstay.

The northern most island on the Great Barrier Reef of Queensland, is the luxurious resort called Lizard Island. The entire island is a national park protecting its flora and fauna.

A coral cay located off the Capricorn Coast of Queensland, is on the southern Great Barrier Reef. Heron Island is renowned for offering fantastic diving and snorkelling.

Best known for the Monkey Mia Dolphins that come in daily to interact with visitors to the Conservation Park. Monkey Mia is located at Shark Bay in West Australia.

Shark Bay is geographically located on the most western point of West Australia on the north coast. It comprises a world of pristine bays, lagoons and islands.

A hidden gem of a beach located within the Myall Lakes region of New South Wales. Sea Rocks has one of the prettiest beaches I’ve seen.

Seal Bay is a conservation park protecting a colony of resident Australian sea lions, located on the south coast of Kangaroo Island.

The Black Swan is a native of Australia, so I guess it comes as no surprise that we would name many places in Australia that are close to the water after the swan.

Little Penguins are native to the southern parts of Australia, and Tasmania has an entire seaside town on the north-west coast called Penguin. What I love about this little town is that there is an obvious “penguin” theme throughout the streets, including a large statue, penguin rubbish bins and signage on shops.

A spectacular place within the William Bay National Park at Denmark, West Australia, is Elephant Rocks. These huge granite boulders do in fact look like a herd of elephants wading in the shallows of the cove.

A rock that is shaped like a sitting camel at the gorgeous town of Bermagui on the South Coast of New South Wales.

On the majestic waters of Lake Macquarie, near Newcastle is the suburb of Pelican.

One of Esperance’s amazing beaches, Salmon Beach, is largely a fishing beach and is generally not safe for swimming.

I’m certain that there are loads of more Australian places with animal names. Places like Kangaroo Flat and Eaglehawk in Bendigo, Swan River and Swan Valley in Perth, Pelican Waters on the Sunshine Coast, Crocodile Creek in the Kimberley, Crocodile Islands off the Northern Territory coast and Cockatoo Island in Sydney Harbour – just to name a few more. If you have any more to add to the list I would love to hear.

For more quirky facts about Australia read my posts: Australian Places That Need No Explanation or The Top Ten Landmarks in Australia – Have you seen them?

Spread the love
Australian AnimalsAustralian Native AnimalsAustralian TravelTravel Australia
By 50 Shades, March 31, 2022 Kathy was a 50 something year old when she started up this blog 6 years ago, but has since turned over another decade and is now in her early 60s. She is married with two adult children and lives on the Tweed Coast of New South Wales, Australia. Kathy enjoys living life to the fullest and loves to keep fit and active by maintaining a healthy diet and exercising regularly. Some of her interests include reading, photography, travelling, cooking and blogging! Kathy works part-time as a freelance writer but her real passion is travelling and photographing brilliant destinations both within Australia and overseas and writing about it.

This site uses Akismet to reduce spam. Learn how your comment data is processed.