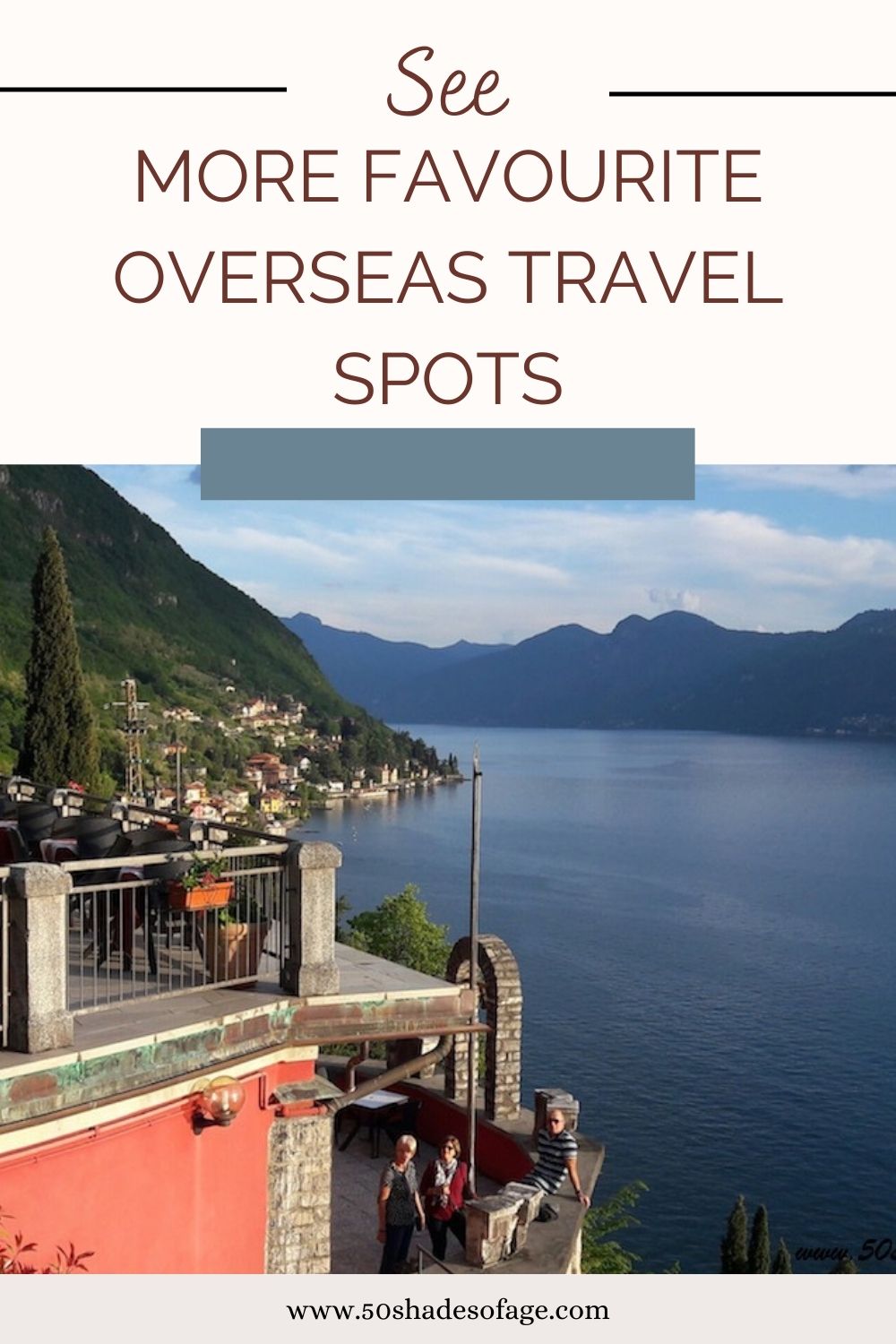 The upmarket resort area of Nusa Dua in Bali, Indonesia boasts 5-star beachfront resorts, a large shopping centre, and water activities galore. The name Nusa Dua means “two islands”, but really is just a strip of coastline on the southern side of the island of Bali with two beautiful calm, white sand and pristine beaches. It is not cheap compared to the rest of Bali, but still reasonably priced compared to other upmarket beach resorts. These colourful sunbeds and beach umbrellas caught my eye on the beachfront of our resort.

An exciting and fast-paced city, New York is packed with plenty of attractions to keep visitors enthralled for at least one week. So much so, that we have visited New York twice, and still not managed everything there is to see and do. Suggested places to see are: Central Park, Statue of Liberty, Ellis Island, Times Square, Empire State Building, Brooklyn Bridge, Battery Park, 9/11 Museum, Wall Street, NY Yankees baseball game, Broadway show, and Top of The Rock.

Dubrovnik is located in Croatia on the Dalmatian Coast of the Adriatic Sea, and as far as scenery goes, this would have to be one of the most spectacular cities in Eastern Europe. The walled town of Dubrovnik Old Town dates back to back to the 7th century, with the walls being built in the 12th century as a defence mechanism against a myriad of enemies. A highlight of Dubrovnik is a walk on top of the Old Town walls where you will enjoy magnificent 360 degree panoramic views, both back over the terracotta tiled roof buildings, the Old Port, Lokrum Island and out to the turquoise seas of the Adriatic.

The Northern Japan region of Tohoku was where I headed on a media trip in 2016. Tohoku, consists of six prefectures in the north of Japan’s largest island, Honshu. I was fortunate to visit three of these: Akita, Iwate and Aomori and experience the abundance of green lush countryside, conifer covered mountains, pristine mountain lakes and streams, hot springs and the patchwork of rice paddies. However, there was not only spectacular countryside, but a whole lot of interesting places to see including quirky art galleries, handicraft villages, Samurai towns, Saki and Soy Sauce factories, farm-fresh food markets and history-filled museums.

Roatán is the largest of Honduras’ Bay Islands located roughly 56 kms off the north coast of Honduras in Central America. We spent a day here when we visited the Caribbean on a cruise ship. Long and thin (50km long but only 2km to 4km wide), the island is a diving and snorkelling mecca – virtually its entire coastline is fringed by an astonishingly diverse coral reef teeming with tropical fish. During 1550 to 1700 English, French and Dutch pirates established settlements on the island of Roatán. They frequently raided Spanish cargo vessels carrying gold and other treasures from the New World to Spain.

Singapore is located in Asia and is the only island city-state in the world, surrounded by the South China Sea, Singapore Strait, and the Straits of Malacca and Johor. The city is clean, tidy, orderly, seamless and is packed with great things to do. Highlights include: Incredible selection of eateries, Clarke Quay waterfront dining and boat cruises, Raffles Landing Site, Cavenagh Bridge, Raffles Hotel, Merlion Park, Gardens By The Bay, Orchard Road Shopping, Marina Bay Sands Hotel, Art Science Museum, Chinatown Markets, Cable Car to Sentosa Island, Siloso Beach and the Singapore Zoo.

London is a 21st-century city with history stretching back to Roman times. A city with an amazing history and major tourist attractions like: Buckingham Palace, Big Ben, Houses of Parliament, Westminster Abbey, Tower of London, St Paul’s Cathedral, London Eye, Greenwich village, Kensington Palace, Camden Market, Hyde Park, and Trafalgar Square. A must do is a visit to a London Pub and a ride on a double decker bus.

Lake Como is located in the north of Italy surrounded by enchanting villages. The lake is set against the foothills of The Alps that provide breathtaking scenery and is dotted with small villages full of charm and character. The best way to see these villages are to  jump aboard a ferry that runs regularly between Varenna, Menaggio, Bellagio and Tremezzo, the route forming a square shape. Possibly one of the most renowned towns on Lake Como, Bellagio is know as the “pearl of the lake”. I discovered it did have a certain romantic feel about it with its world class hotels and restaurants providing the perfect place to devour the lake’s famous panorama.

The trekking capital in Northern Vietnam, Sapa is a small, mountain town in Lao Cai Province, located about 350 km northwest of Hanoi, close to the Chinese border. Here’s where you’ll find the Hoang Lien Son range of mountains, which includes Fansipan – the country’s highest peak. You will also discover the hill tribe (Hmong) ethnic people that are native to Sapa that are different to the rest of the Vietnamese race. They are distinctive by their short stature, colourful tribal dress and beautiful handicrafts that they sell in the villages. There are numerous fully-guided walks through the rice-field, terraced hills and lush green countryside, available to visitors.

A series of tropical islands in the Indian Ocean that are famous for over-the-water bungalows, swimming, diving and surfing. The Maldives are composed of 26 ring-shaped atolls, which are made up of more than 1,000 coral islands. Our tropical paradise island of choice was Rannalhi Island that sits exclusively at the tip of the South Male atoll. Here we were treated to an all-inclusive package of dining, alcoholic beverages, water activities and a boat trip to feed the reef sharks at the Adaaran Club Resort.

It’s never easy making these types of lists when you have travelled to so many fascinating overseas destinations. There are certainly not many places in the world that I have disliked. They all have something special and unique, whether it be their topography, culture, history, nature, people or cuisine. That is the joy of travel.

Spread the love
Favourite Travel SpotsInternational TravelOverseas TravelTravel Lifestyle
By 50 Shades, August 18, 2022 Kathy was a 50 something year old when she started up this blog 6 years ago, but has since turned over another decade and is now in her early 60s. She is married with two adult children and lives on the Tweed Coast of New South Wales, Australia. Kathy enjoys living life to the fullest and loves to keep fit and active by maintaining a healthy diet and exercising regularly. Some of her interests include reading, photography, travelling, cooking and blogging! Kathy works part-time as a freelance writer but her real passion is travelling and photographing brilliant destinations both within Australia and overseas and writing about it.