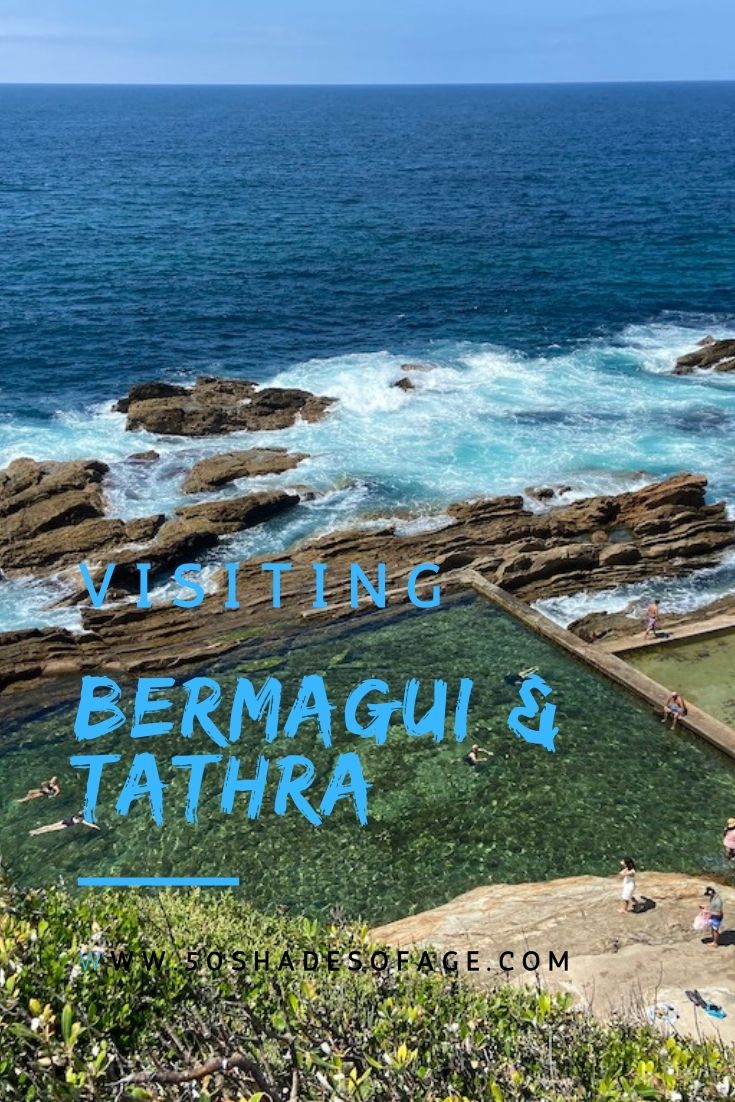 Caravanning in Australia offers endless possibilities for travellers. You can literally tow your caravan any place, set up camp and enjoy a few days of recreation. This has always been the biggest attraction of touring in a caravan for me. On our recent caravan holiday we decided to pull up for a few days on the South Coast of New South Wales, visiting Bermagui & Tathra.

Where are Bermagui & Tathra

Bermagui and Tathra are located midway between Bega, to the south, and Narooma, to the north. To the west is the small village of Cobargo set in the foothills of Gulaga (or Mt Dromedary). Cobargo is of significance because it was drastically affected by the Australian bushfires in 2020. But you would barely know this now as the drive into Bermagui is through undulating hills and green fields of farmland – such a scenic drive.

We had no idea how popular this little coastal fishing town would be with caravanners. In fact, we could only get an unpowered caravan site at Regatta Point Holiday Park at Wallaga Lake, 7 kilometres outside of Bermagui. However, as it turned out we were more than happy with our campsite, as it was quiet and peaceful, without another caravan crammed alongside us. This caravan park is located on a point on absolute lakefront so is handy for boaties, fishermen and kayakers.

My first impression of Bermagui was that is is utterly dazzling in every way. The drive into the town is through a canopy of trees, past the Bermagui Flora & Fauna Reserve, that stretches behind the sand dunes of Moorhead Beach.

We crossed the Bermagui River, with the large boat harbour on the left hand side, and the river estuary fringed by green parklands and sandy beaches. The township sits opposite, with a well-equipped shopping precinct and the Bermagui Beach Hotel taking pride of place.

Further east of town you can drive up to Bermagui Point and take in the magnificent coastal views. The Reflections Bermagui Holiday Park takes prime position between the town and the bottom of the point. Around to the south of the point is the Blue Pool and Beares Beach.

We pulled up in the car park at the bottom of Bermagui Point and immediately saw a small crowd of people gathered at Horseshoe Bay Beach. They were here observing the spectacle of a pod of dolphins feasting on a large school of bait fish. We stood here for 10 or 15 minutes in awe of the sight before our eyes. It was nature at its best!

What we did notice about Bermagui is that it is a big time fishing town with many boats coming in with their catches. This includes deep sea and game fishing of yellow fin tuna and marlin. Also estuary fishing in the surrounding rivers and lakes.

Things To Do In Bermagui

Bermagui is a haven for fisherman, but also for all other types of watersports such as swimming, surfing, sailing, water skiing, standup paddle boarding, kayaking, diving and snorkelling. Here are my top ten things to do in Bermagui:

We decided to spend a day at the nearby coastal town of Tathra, that is 44 kilometres south of Bermagui. The drive took us past Cuttagee Lake and Beach, Barraga Bay, Wapengo Lake and through Mimosa Rocks National Park. Just north of Tathra is Mogareeka Inlet, where the Bega River meets the sea at the northern end of Tathra beach.

The town of Tathra is most renowned for the historic Tathra Wharf, the only deep sea timber wharf on the east coast of Australia, built in 1862. Inside the terracotta-coloured building there is a museum, gift shop and the Wharf Local Cafe. Here we ordered a coffee, kicked back and watched fishermen fishing off the wharf.

The waters around the wharf are home to a variety of marine life and diving is very popular here.

I took the Tathra Headland Walk from the wharf to the top of the headland and back around to the heritage-listed Tathra Hotel. The walk features viewing platforms that are ideal for whale watching – between May and November – and for spectacular views up to the coast.

It goes without saying, that it is almost mandatory that one should enjoy a cold beverage, or a pub meal, at the historic Tathra Hotel perched on the headland.

For foodies that enjoy fresh oysters there are plenty available in Tathra. They are locally farmed at Nelson Lake in Mimosa Rocks National Park.

There are a number of beaches in and around Tathra that are good for swimming or surfing. These include Tathra’s main beach called Tathra Beach; Bournda Beach – 10 minutes drive south of Tathra; around the headland at the southern end is Kianinny Bay; the three kilometre beach at Mogareeka Inlet; and Nelson, Middle and Aragunnu Beaches as well as Moon Bay, Bithry Inlet, Lake Wapengo and Nelson Lagoon on the northern side of Tathra.

The Bournda National Park, south of Tathra, has some spectacular scenery including isolated beaches, quiet coves and rugged cliffs tumbling to the blue ocean below. There is also a large saltwater lake called Lake Wallagoot that is popular with water skiers, windsurfers, sailors and fishermen.

Other endeavours include hiking and mountain biking. There are tracks from the village down to the mouth of the Bega River, a new walking and cycling track from Kalaru to Tathra, or the popular Kangarutha Walking Track linking Bournda National Park with Tathra’s Kianinny Bay.

These two South Coast towns are definitely worth a visit and I could easily idle away some time here during the summer months. Bermagui and Tathra are without a doubt two of the gems of the stunning Sapphire Coast.

Spread the love
BermaguiSapphire CoastSouth Coast NSWTathra
By 50 Shades, June 23, 2022 Kathy was a 50 something year old when she started up this blog 6 years ago, but has since turned over another decade and is now in her early 60s. She is married with two adult children and lives on the Tweed Coast of New South Wales, Australia. Kathy enjoys living life to the fullest and loves to keep fit and active by maintaining a healthy diet and exercising regularly. Some of her interests include reading, photography, travelling, cooking and blogging! Kathy works part-time as a freelance writer but her real passion is travelling and photographing brilliant destinations both within Australia and overseas and writing about it.