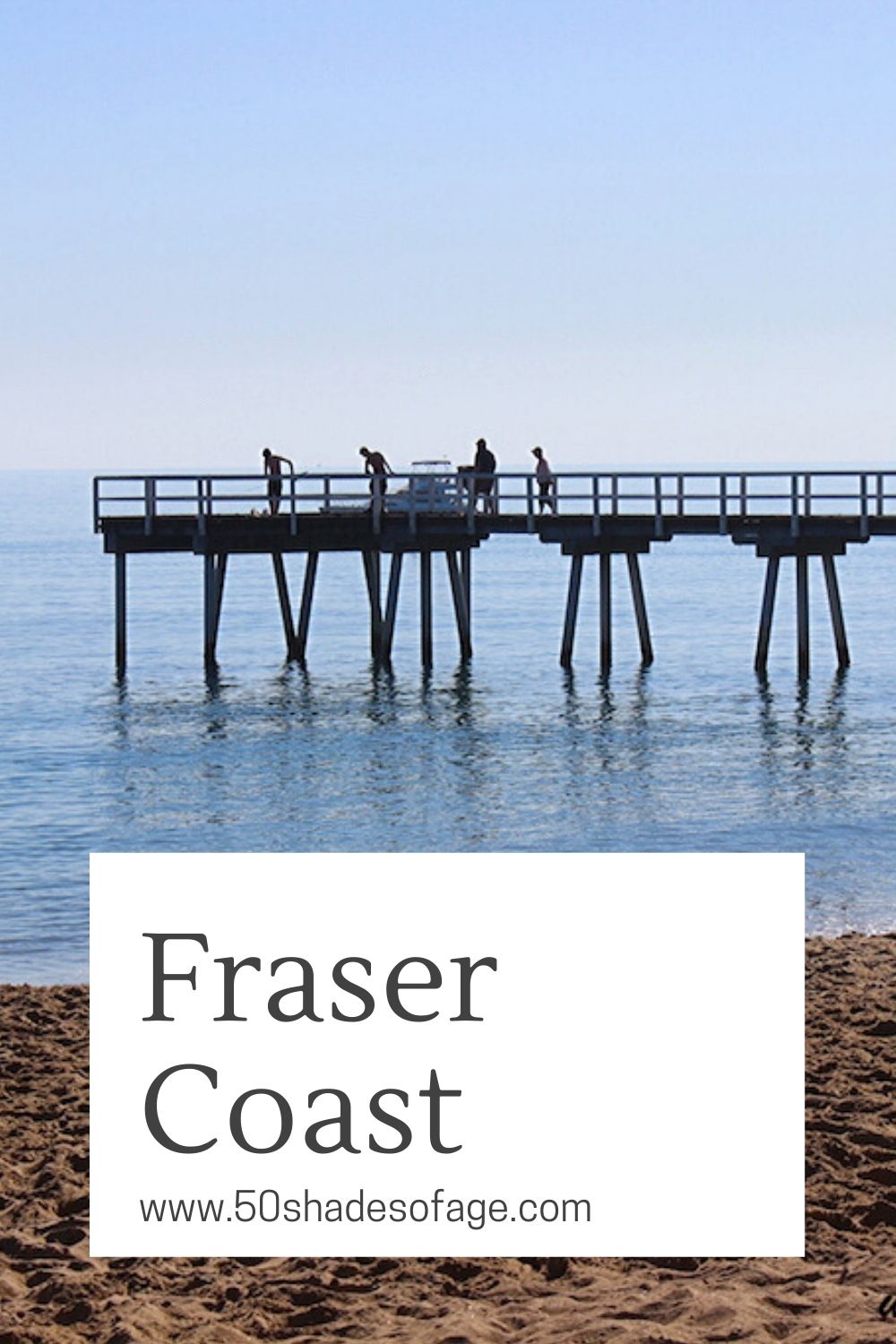 A place that is very close to my heart, and within a comfortable driving distance from where I live, is the amazing Fraser Coast in Queensland. We have spent many holidays exploring the Fraser Coast, either camping, staying in a holiday home or in our caravan. My husband has also been on numerous ‘men only’ fishing trips to Fraser Island over the years. If you don’t know much about this area here is the lowdown.

Where is the Fraser Coast?

The Fraser Coast is approximately 286 kilometres north of Brisbane in Queensland, stretching from Hervey Bay to the north, and to Rainbow Beach in the south. It takes in Hervey Bay, Maryborough, Fraser Island and the coastal villages of Tin Can Bay and Rainbow Beach. 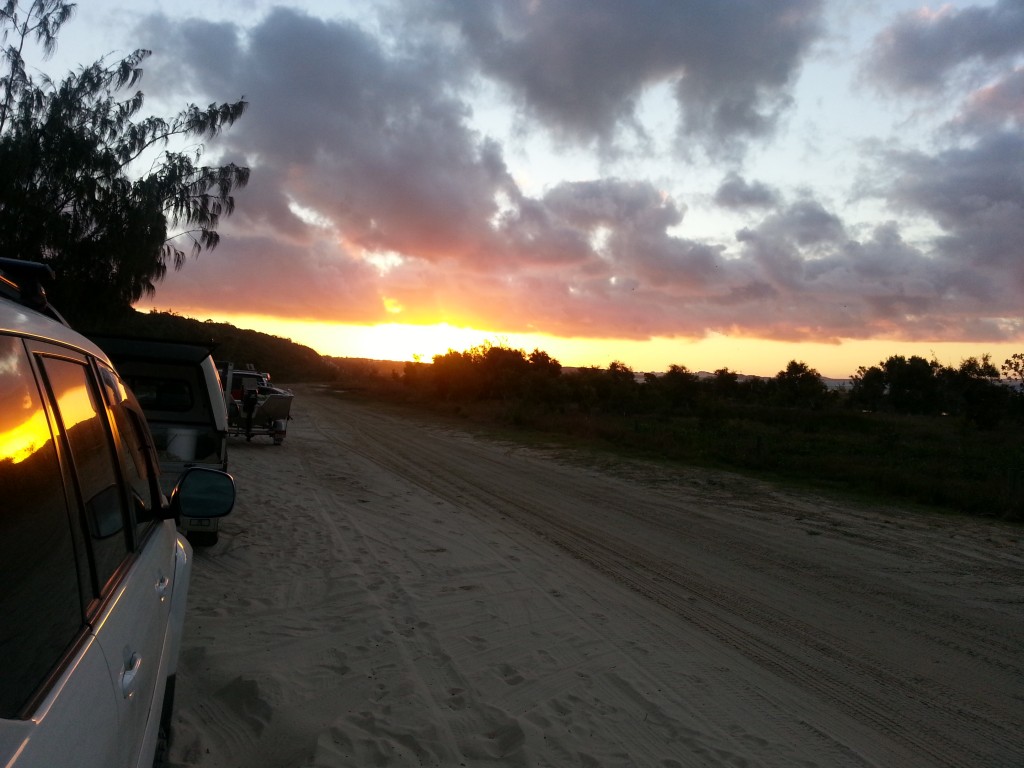 Hervey Bay is 286 kilometres north of Brisbane and is probably best known as the ‘Whale Watching Capital of Australia’ and the gateway to the World Heritage listed Fraser Island. This popular haven for fishermen and retirees began as a number of seaside villages, but nowadays boasts kilometres of beaches and offers a vast range of tourist attractions and activities for all ages.

Hervey Bay’s climate and idyllic waterways ensures that it has an abundance of water sports activity in the area. The coastal city has a broad nature strip with a bike and walking path meandering amongst the trees as it traces along the entire stretch of sandy beach from the Urangan Pier, to the last of the grand old beach houses at Point Vernon. 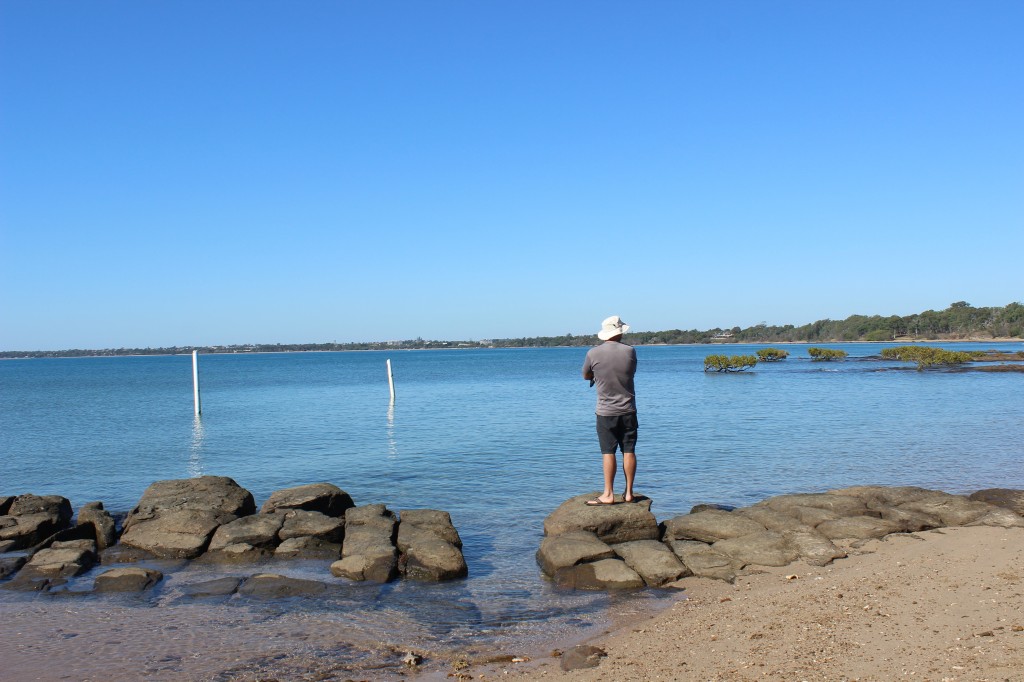 Its safe sheltered waters make it an aquatic paradise perfect for year round swimming, diving, sailing, water sports and fishing. Dotted along the Hervey Bay Esplanade are cosmopolitan and alfresco cafes, shops, parklands, picnic areas, playgrounds, piers and a vibrant marina. There is also the newly opened Stockland Shopping Centre that has numerous shops and a large supermarket.

Things To Do In Hervey Bay

The top ten things to do in Hervey Bay are: 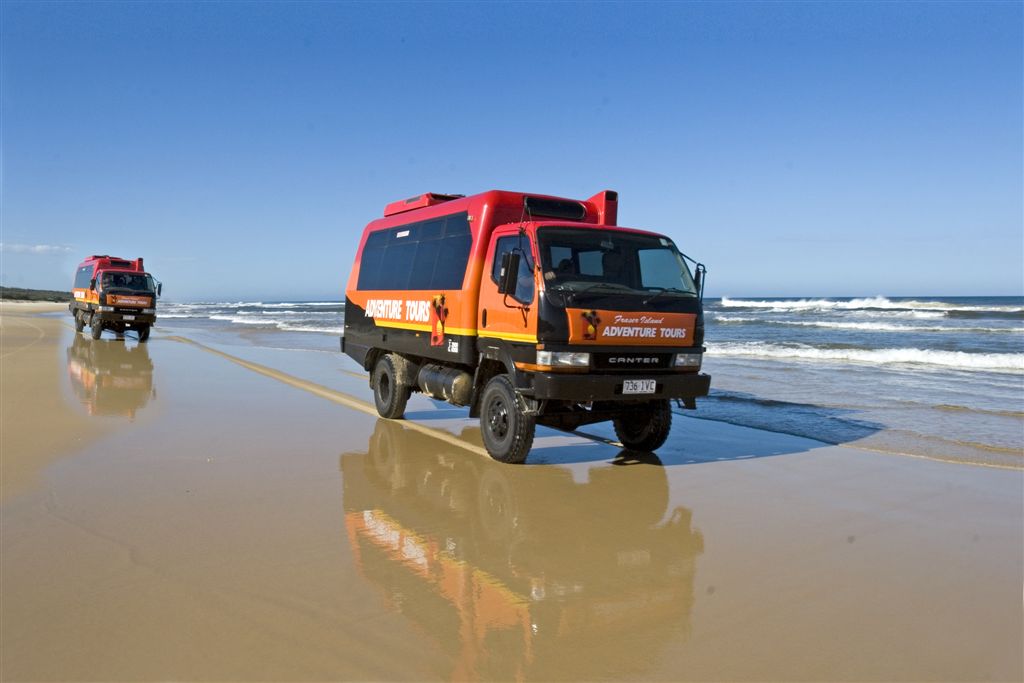 The reason that Hervey Bay is regarded as the ‘Whale Watching Capital’ is because the whales bring their calves into the calm protected waters of the bay on their return journey to the south. The whales can stay and play for up to four days, so they aren’t just passing by. There are guaranteed sightings of these mighty creatures from late July to early November. 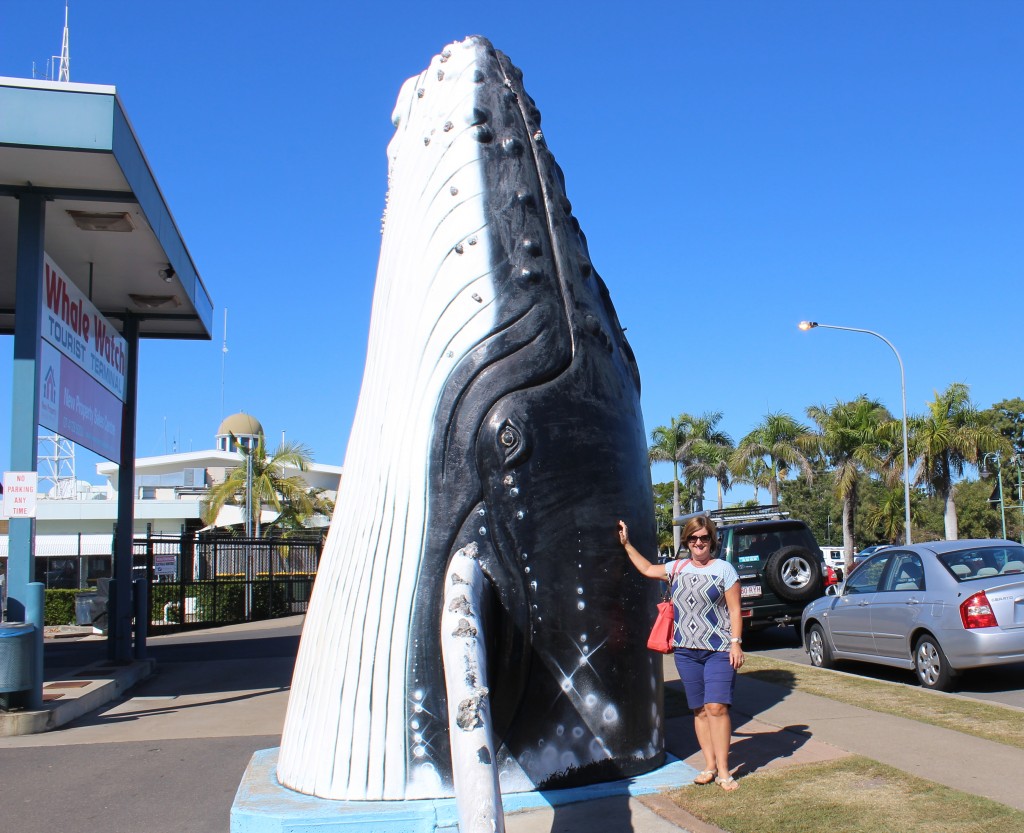 Fraser Island stretches over 123 kilometres in length and 22 kilometres at its widest point. With an area of 184,000 hectares it is the largest sand island in the world. Access to Fraser Island is by vehicular barge from River Heads (near Maryborough), Hervey Bay and Inskip Point at Rainbow Beach.

It is a place of exceptional beauty, with its long uninterrupted white beaches flanked by strikingly coloured sand cliffs, and over 100 freshwater lakes, some tea-coloured and others clear and blue all ringed by white sandy beaches. In the heart of the island ancient rainforests grow in sand along the banks of fast-flowing, crystal-clear creeks. 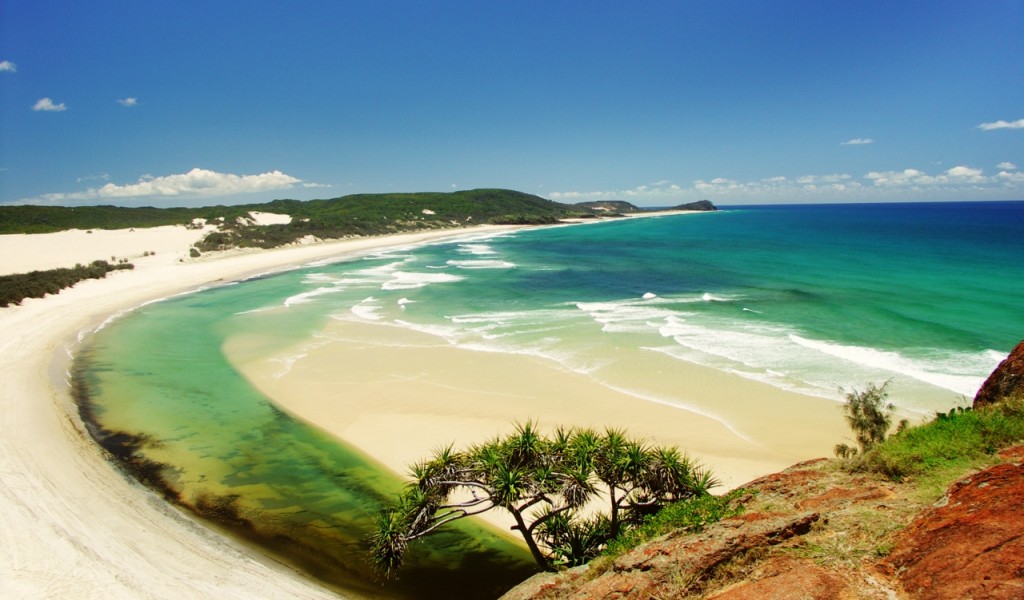 Fraser Island is strictly 4WD territory with the vast expanse of 75 Mile Beach being an actual highway that runs up the surfside of the island.  4WDs share the highway with Air Fraser planes conducting joy flights. There are many sandy tracks criss-crossing the island linking lakes and rainforests. Fraser Island’s famous 75 Mile Beach offers some of the best beach fishing in the world.

Things To Do on Fraser Island

The top seven must dos on Fraser Island are:

Fraser Island really is one of those natural encounters that should not be overlooked, offering some of the best eco-experiences that will revitalise your mind, body and soul. The abundant flora and fauna, that includes freshwater Turtles, Dolphins, Dugongs, Wallabies, Echidnas, Possums, 350 species of birds, Dingoes and Humpback Whales, gives tourists an irreplaceable insight into ‘Mother Nature’ at her best.

Maaroom, Boonooroo and Tuan are typical sleepy fishing hamlets on the waterfront, just south of Maryborough with views out to Fraser Island. Years ago we owned a small fishing shack on the mudflats at Boonooroo and spent many weekends here. It’s the ideal place for the avid fisherman, scavenging for yabbies and crabs on the mudflats when the tide is out or just kicking back and relaxing. It is also surrounded by the Wallum Swamp area which is home to a unique collection of Australian flora and fauna and is the second largest protection area in Queensland for the Dugong. 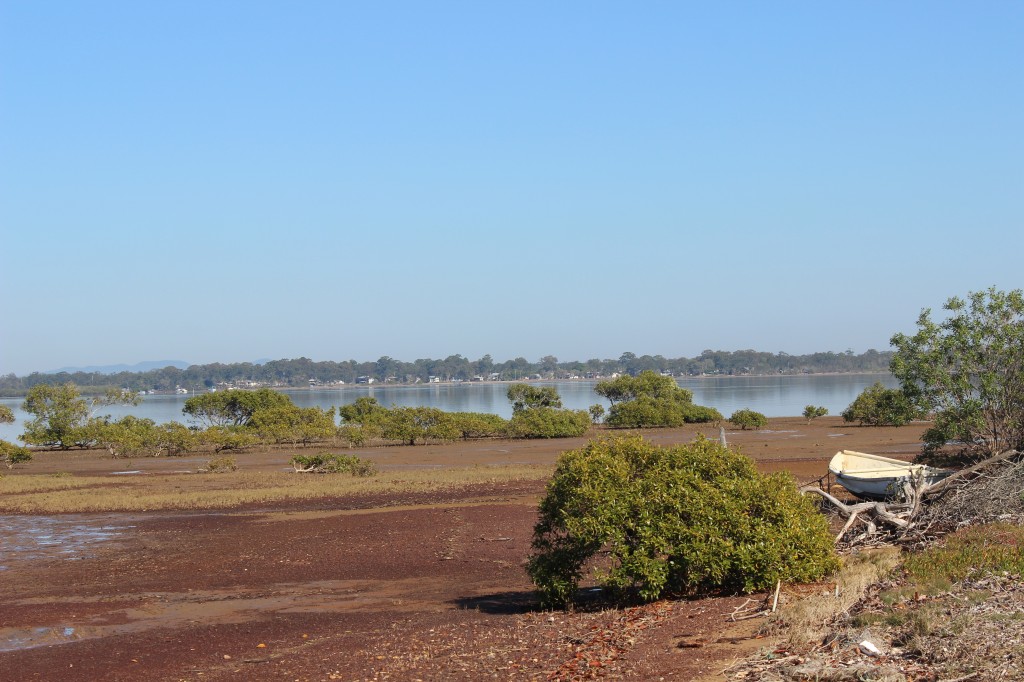 Tin Can Bay is located at the southern end of Fraser Island and is an hour and a half drive from Hervey Bay. This pretty little coastal villages ideal location on an inlet, adjoins the Great Sandy Strait and is perfect for sailing, house-boating and fishing. 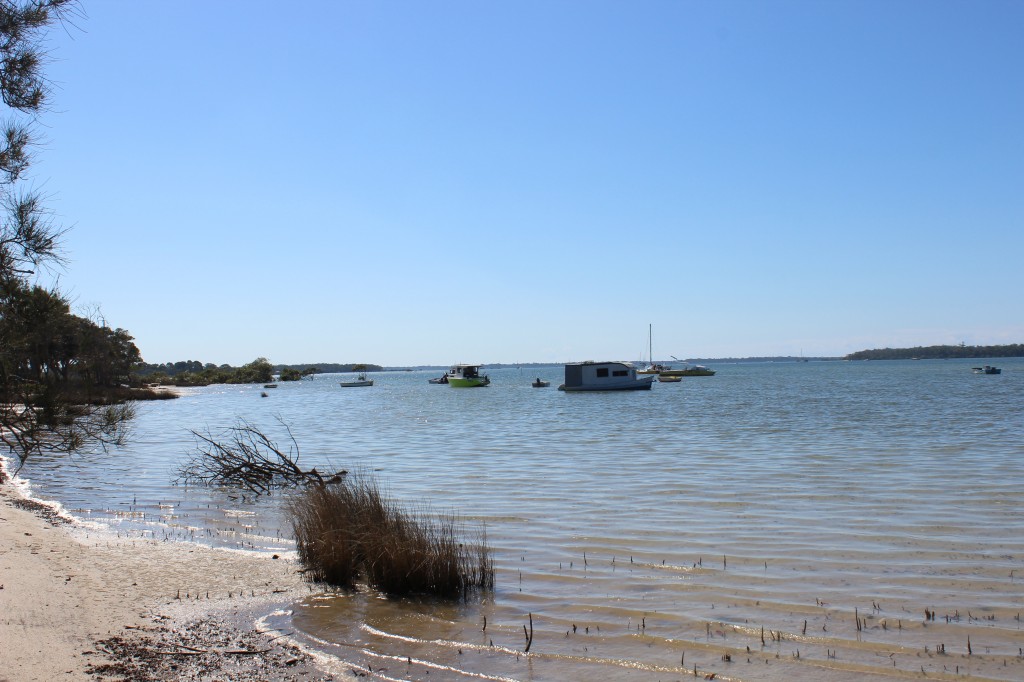 Rainbow Beach is only a 10 minute barge ride to Fraser Island and is often used as the starting point for exploration of the island. Called Rainbow Beach, because of the beautiful coloured sands of its beaches, can be accessed by 4WD. It is renowned as one of Australia’s top ten scuba diving destinations at Double Island Point. 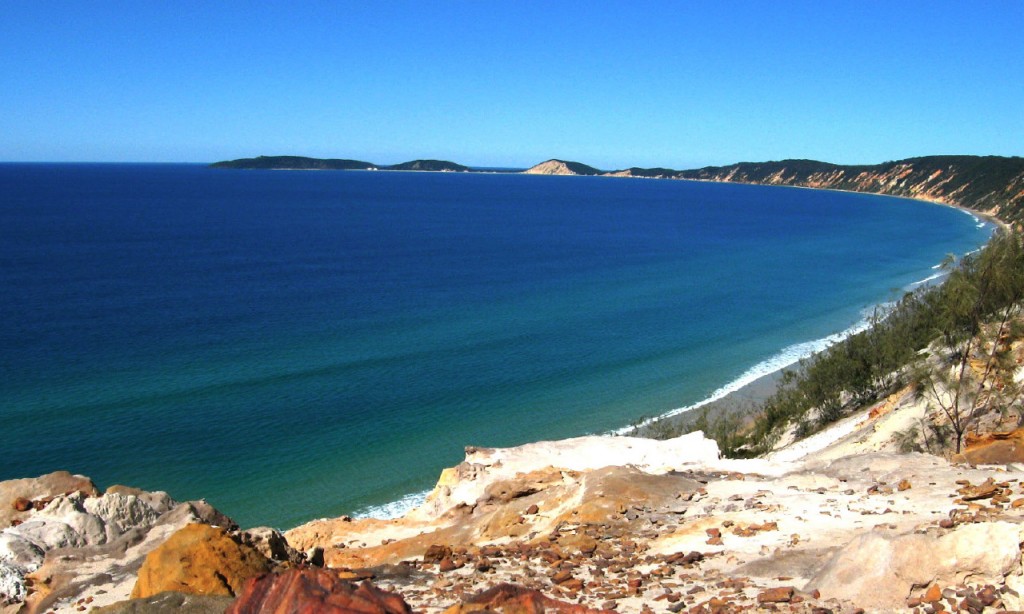 They say that the Great Sandy Strait rivals the Whitsundays for yachtsmen as it has perfect sailing conditions and stunning scenery. But is also is a fisherman’s paradise with its sheltered bays, sand flats, beaches and mangrove-lined creeks which are great for fishing. 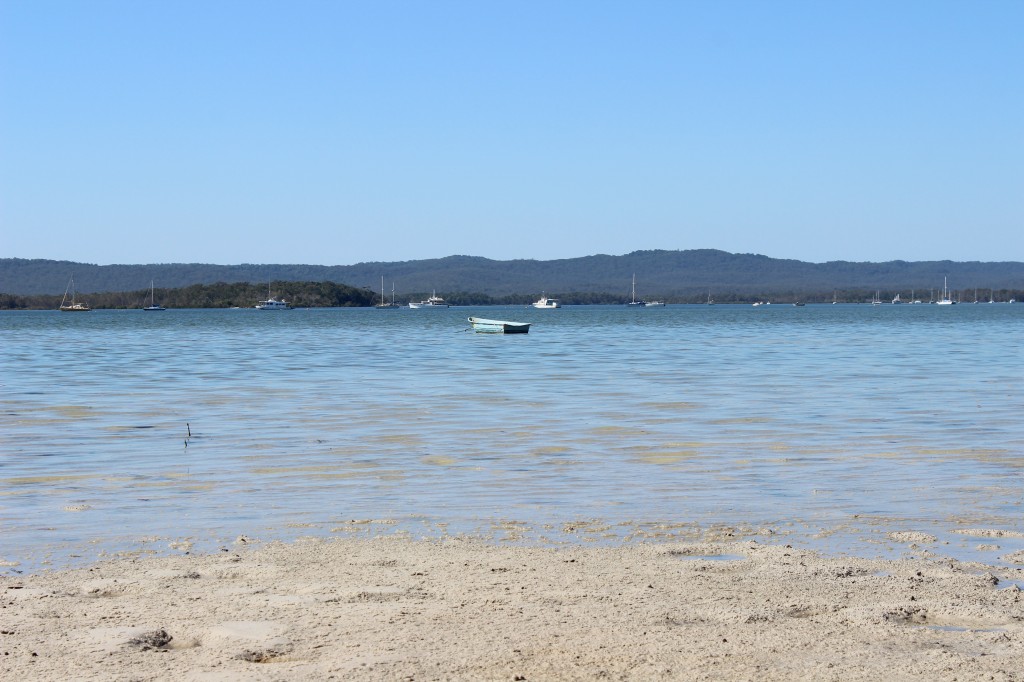 I have spent a lot of my holidays in this part of Queensland, particularly when my children were little, and I would have to put it up there with one of the best holiday and natural experiences you can get. The Fraser Coast is truly an aquatic paradise and a place where nature comes alive!

Spread the love
Fraser CoastFraser IslandGreat Sandy StraitHervey BayTravel Queensland
By 50 Shades, April 8, 2020 Kathy was a 50 something year old when she started up this blog 6 years ago, but has since turned over another decade and is now in her early 60s. She is married with two adult children and lives on the Tweed Coast of New South Wales, Australia. Kathy enjoys living life to the fullest and loves to keep fit and active by maintaining a healthy diet and exercising regularly. Some of her interests include reading, photography, travelling, cooking and blogging! Kathy works part-time as a freelance writer but her real passion is travelling and photographing brilliant destinations both within Australia and overseas and writing about it.