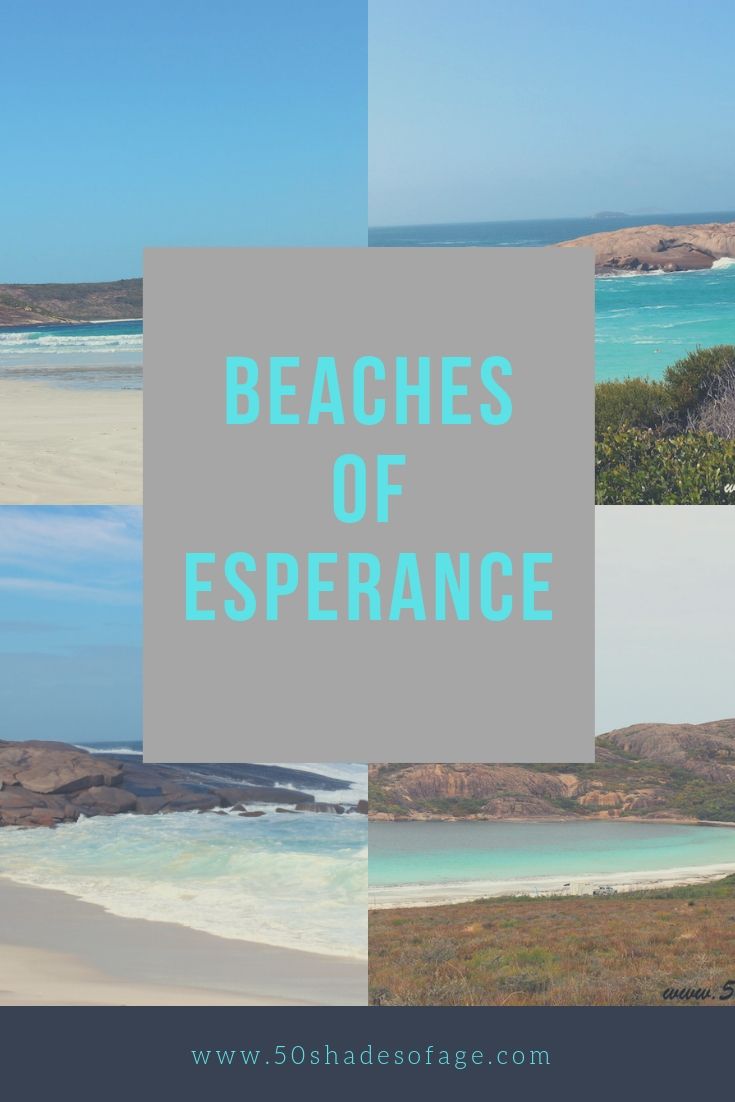 Ok I’m going to call it! The beaches of Esperance in South West Australia are the best in the world! This town on the South West edge of Australia hosts an abundance of extraordinarily beautiful beaches on some of the world’s most pristine coastline. I’ve never experienced anywhere else that you can you savour endless stretches of easily accessible beaches that boast the brightest, whitest sand and crystal clear turquoise waters.

Scientific tests have shown that Esperance has some of Australia’s whitest sand. It contrasts significantly against the colour of the Southern Ocean waters and I guess this it what sets it apart from other beaches in Australia.

In town there are a couple of beautiful beaches that are within a walking distance east of the town centre. We spent an amazing week in a caravan park close to Bathers Beach. However the more spectacular beaches are either west or east of Esperance and believe me they are worth the drive! 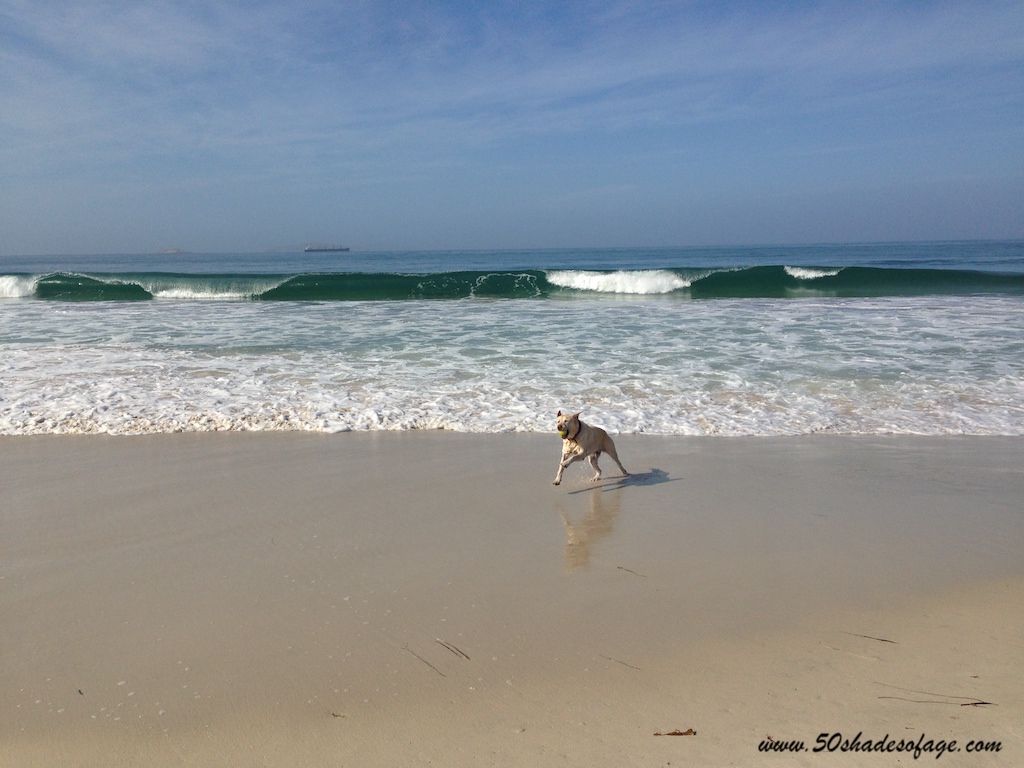 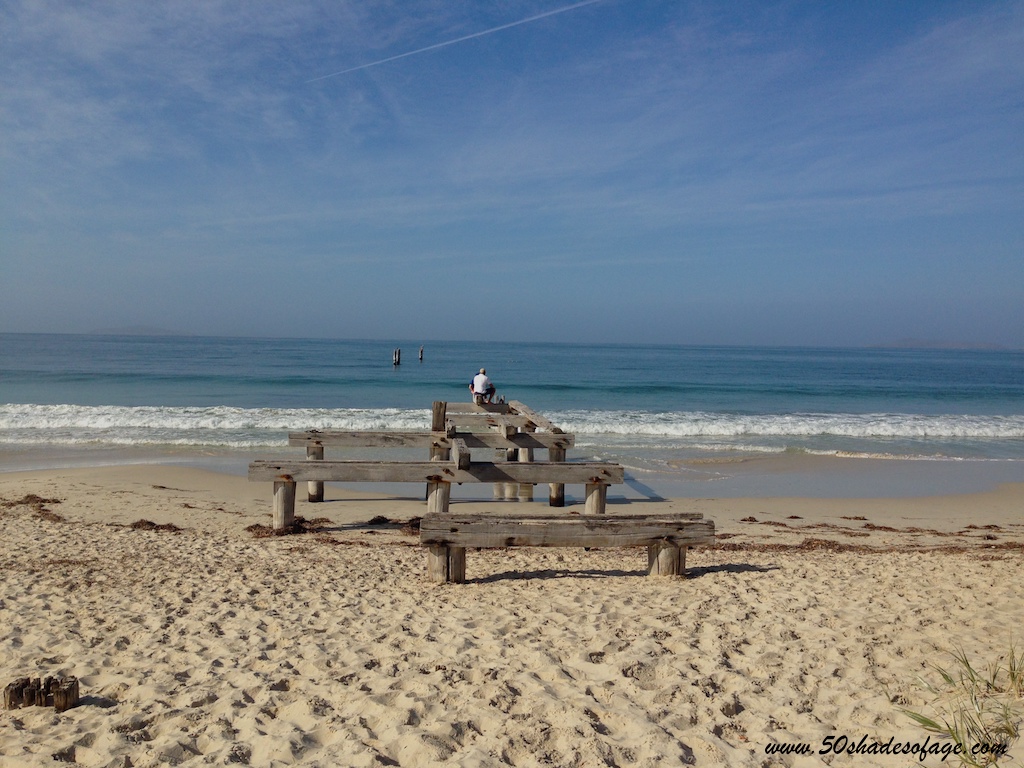 Head out of town in a westward direction on what is called the “Great Ocean Drive”. You can hire a bike and follow a cycle/walk path that winds through the landscape, following the coast from the Esplanade in town all the way to Ten Mile Lagoon, that is actually a beach and not a lagoon.

This extraordinarily beautiful surf beach features swimming lagoons between the reef and shore, as well as surf breaks between and beyond the reef. 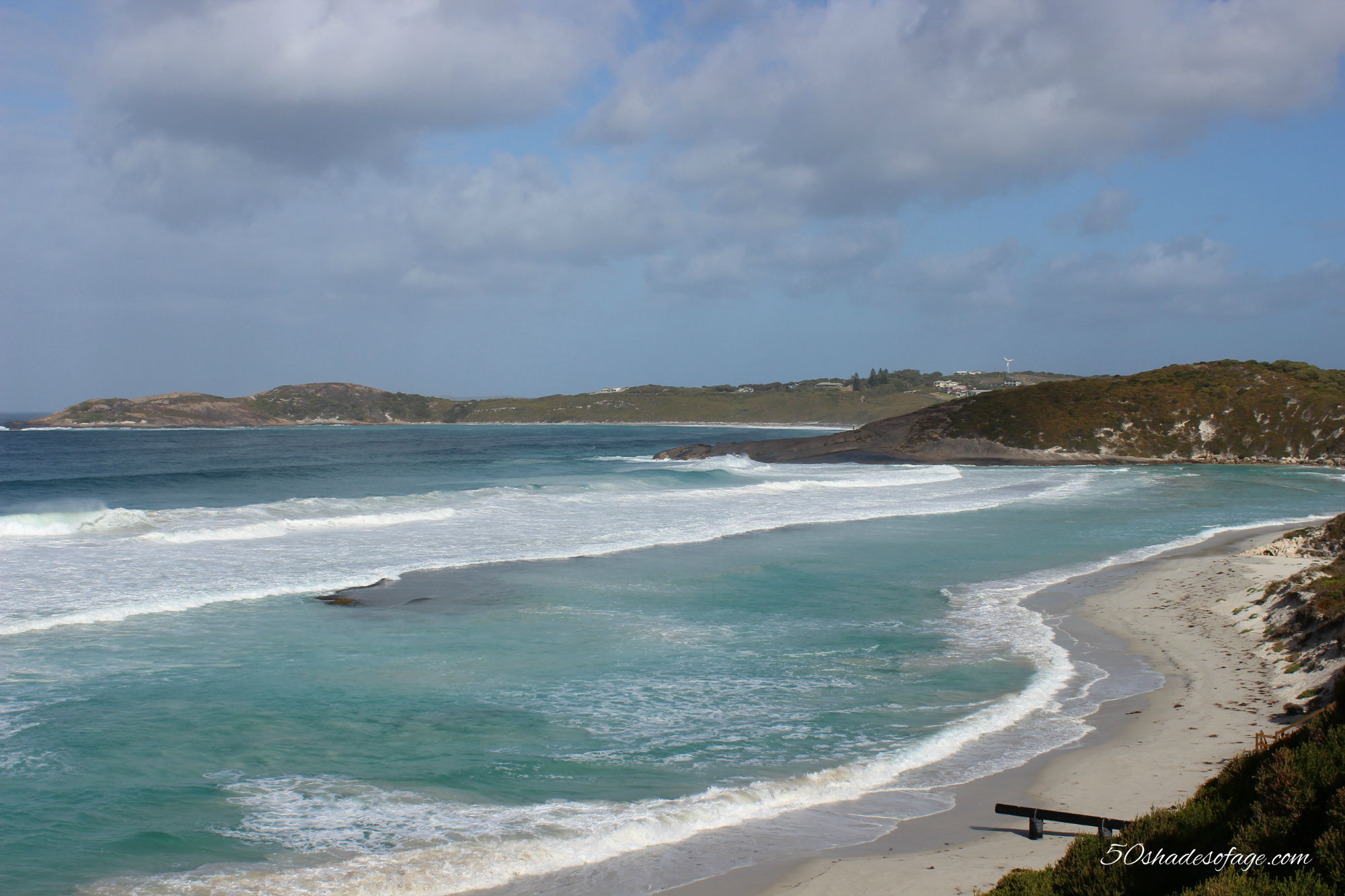 Blue Haven beach is accessed down a steep, winding staircase. The beach is protected from the wind with rock faces on either side and is the perfect spot for swimming and sun baking. 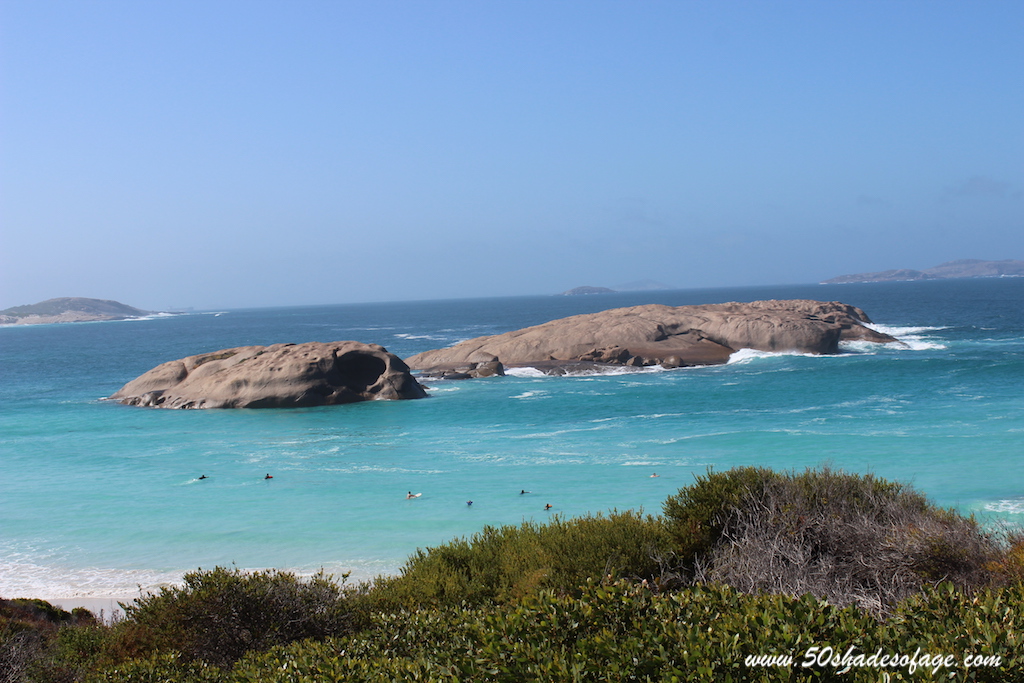 Salmon Beach is bordered by two protruding granite points that provide an excellent platform for beach fishers. However it makes for hazardous swimming conditions. Waves averaging over 1 metre roll into the beach and break heavily on the edge of the beach rock. 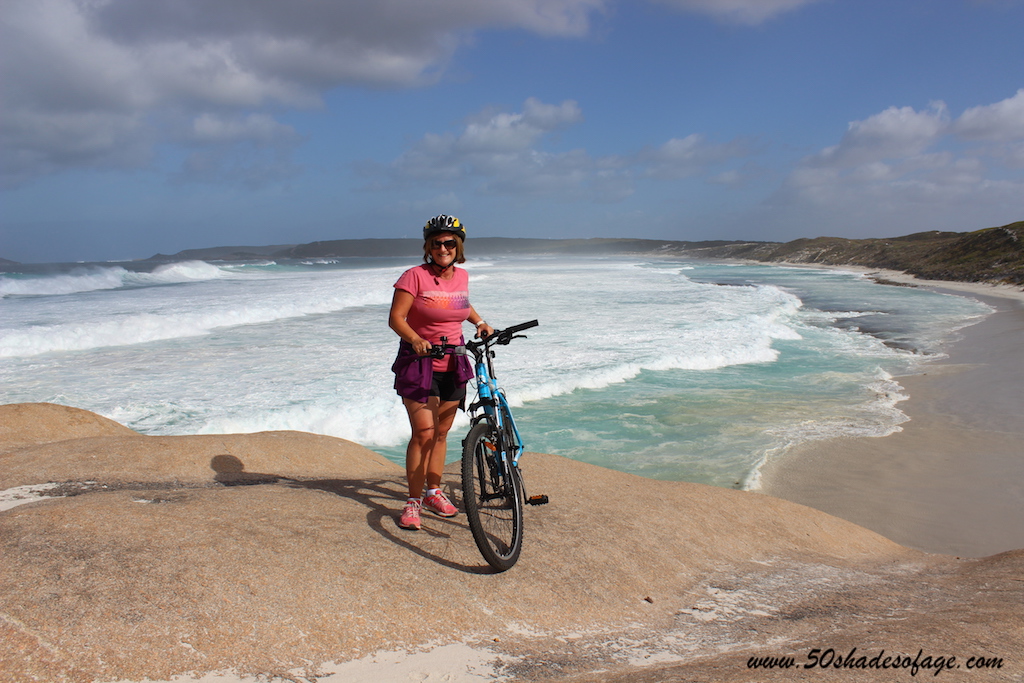 A sweeping endless beach, that is the perfect spot for a surf, body board, paddle board, or kite surf along this long stretch of coast. Whales can also be spotted along this section of coastline during Whale Season (July – October). 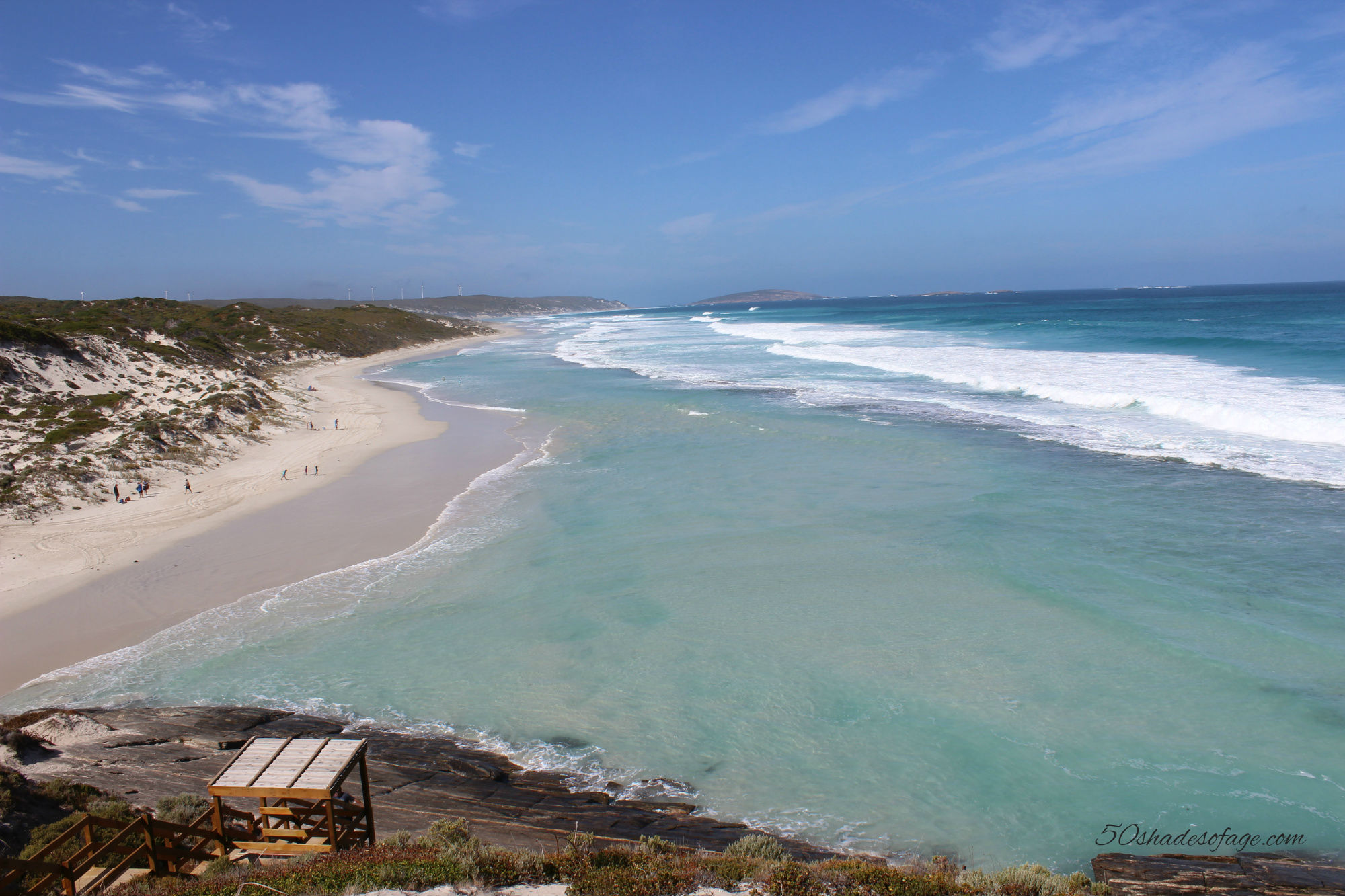 The tucked away Twilight Cove is the site of the Esperance/Goldfields Surf Life Saving Club and offers the least hazardous swimming and surfing beach along the stretch of coastline. The club was founded in 1990 and patrols the beach on Sundays between December and March. 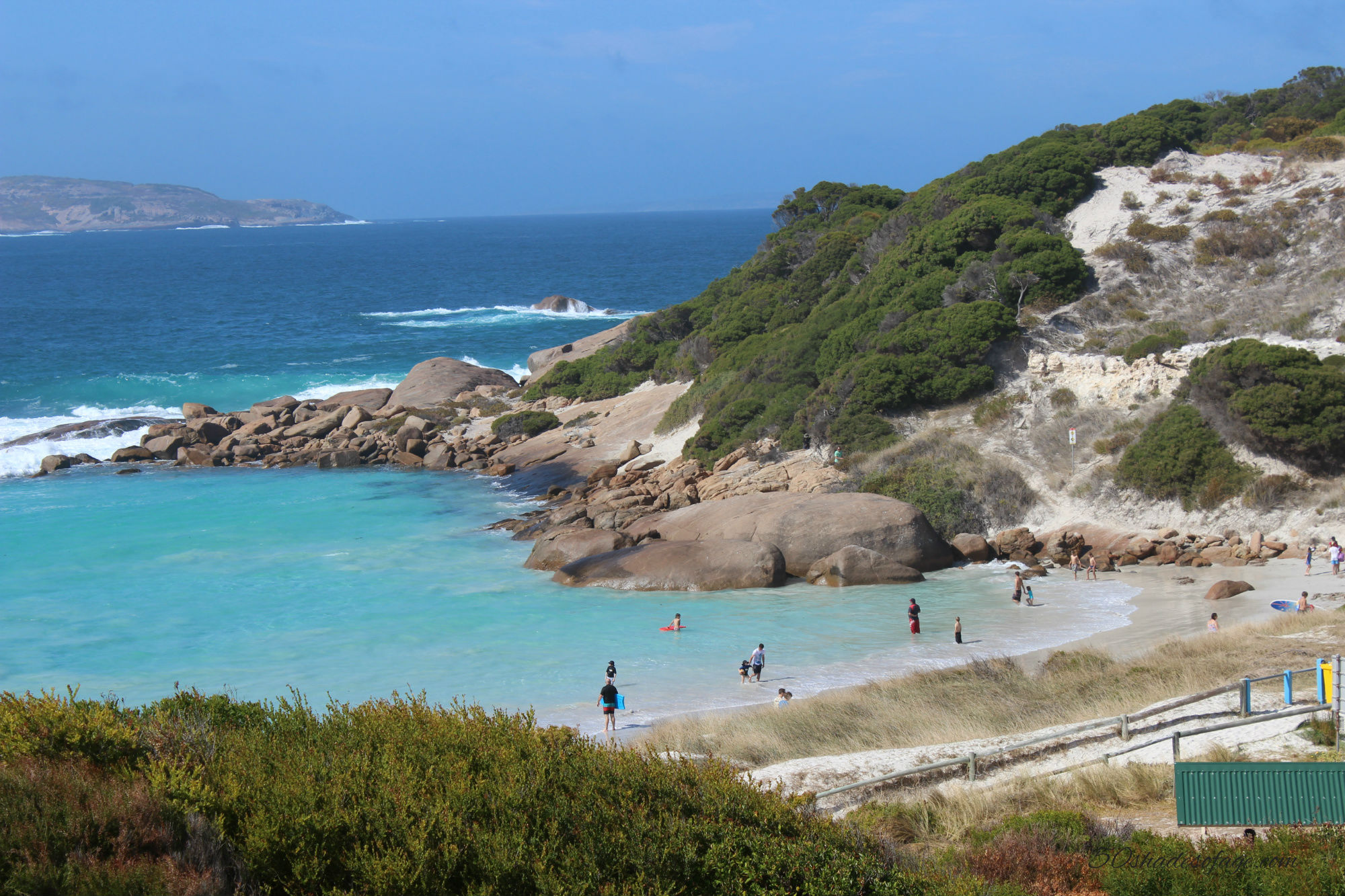 Sweeping cliffs and an epic sheer drop into the ocean make this one of the most spectacular beaches in Esperance. This beach is great for surfing and the view from the lookout is remarkable. A sunset over Observatory Beach is not to be missed! 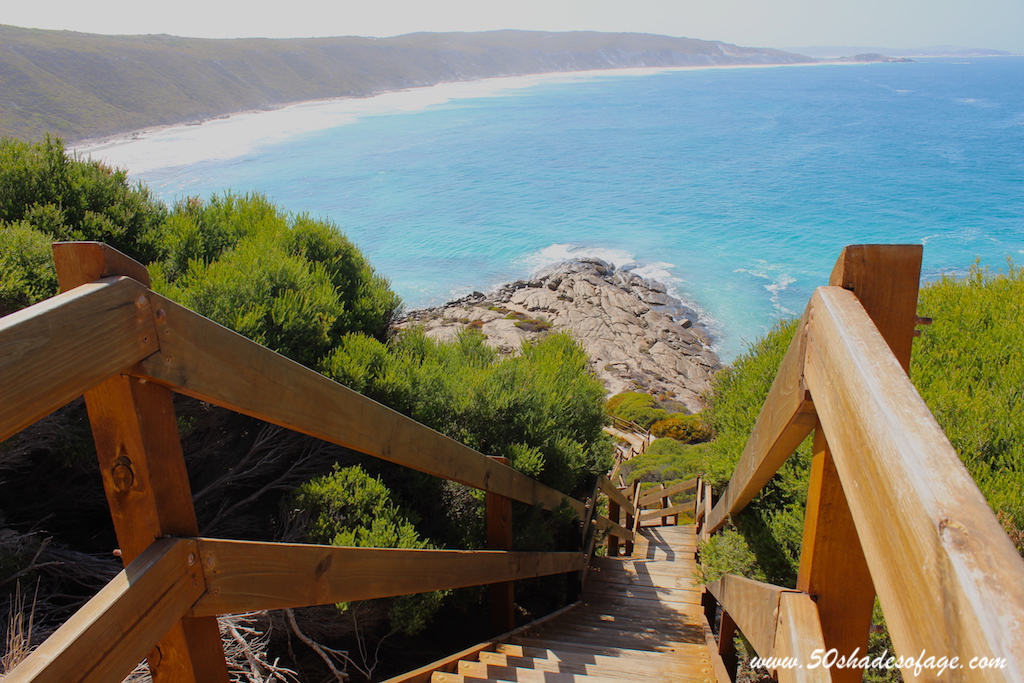 This swimming beach is located 19km from town and is particularly good for young families. A rocky shore acts as a natural breakwater, forming a long majestic pool that is considerably warmer than the ocean. Ten Mile Lagoon is suitable for paddling, swimming, boogie boarding and surfing. 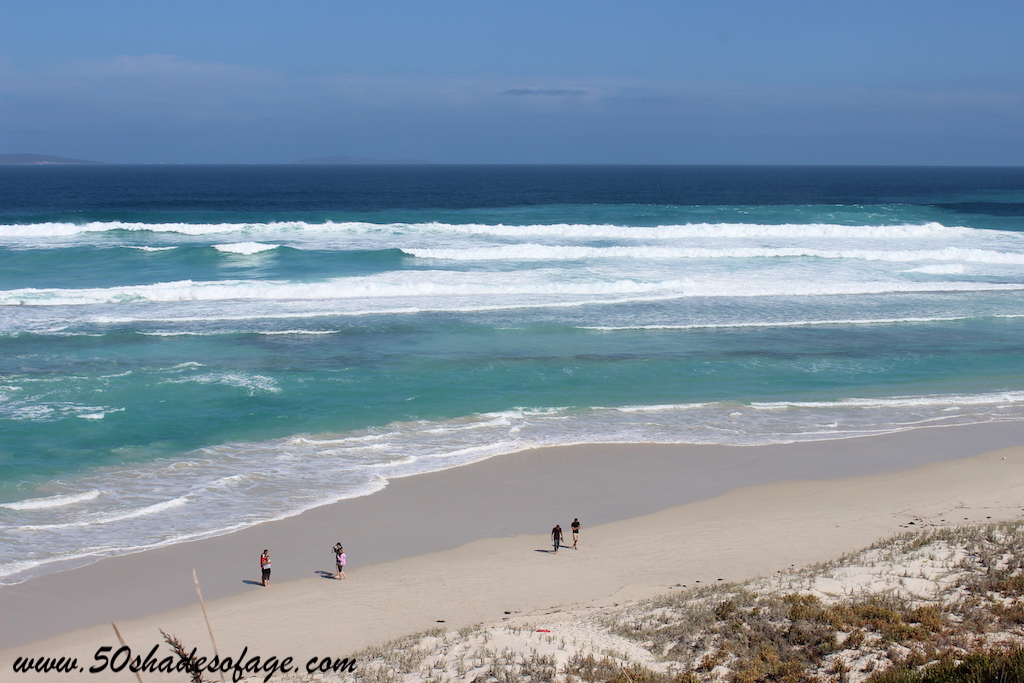 This pristine park 50 kilometres east of Esperance is known for its stunning scenery and idyllic beaches where you can go swimming, bushwalking, fishing and camping. The park features low scrub, mountain peaks and people-free beaches. Its main drawcard is Lucky Bay, where kangaroos lie on the blindingly white sand and there is even a coffee van parked here some days! You can also drive on the firm sand along Le Grand Beach. 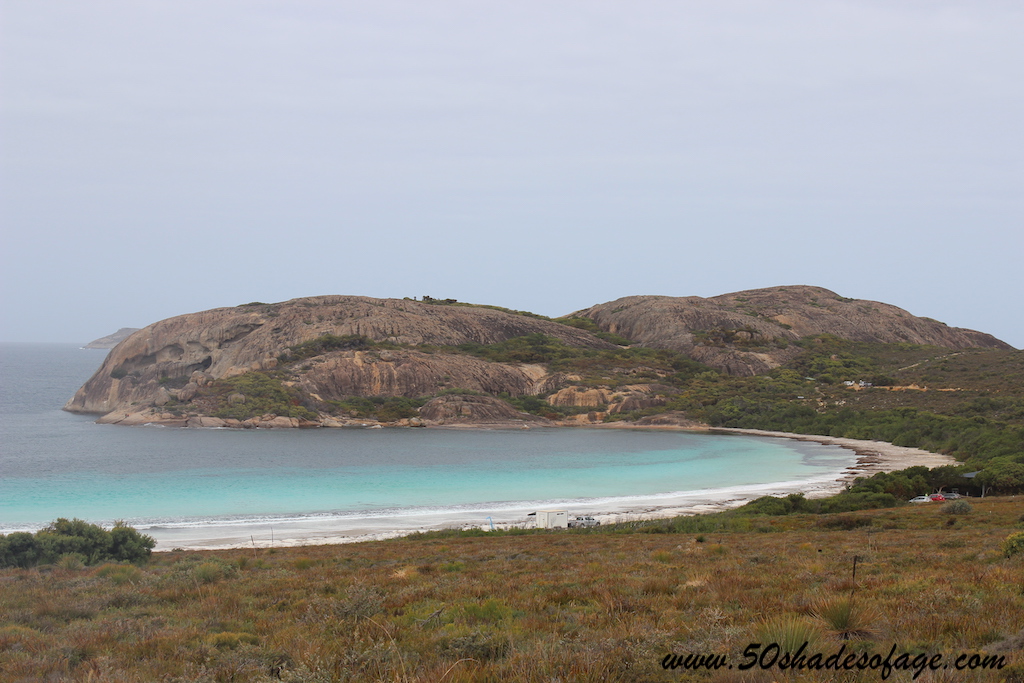 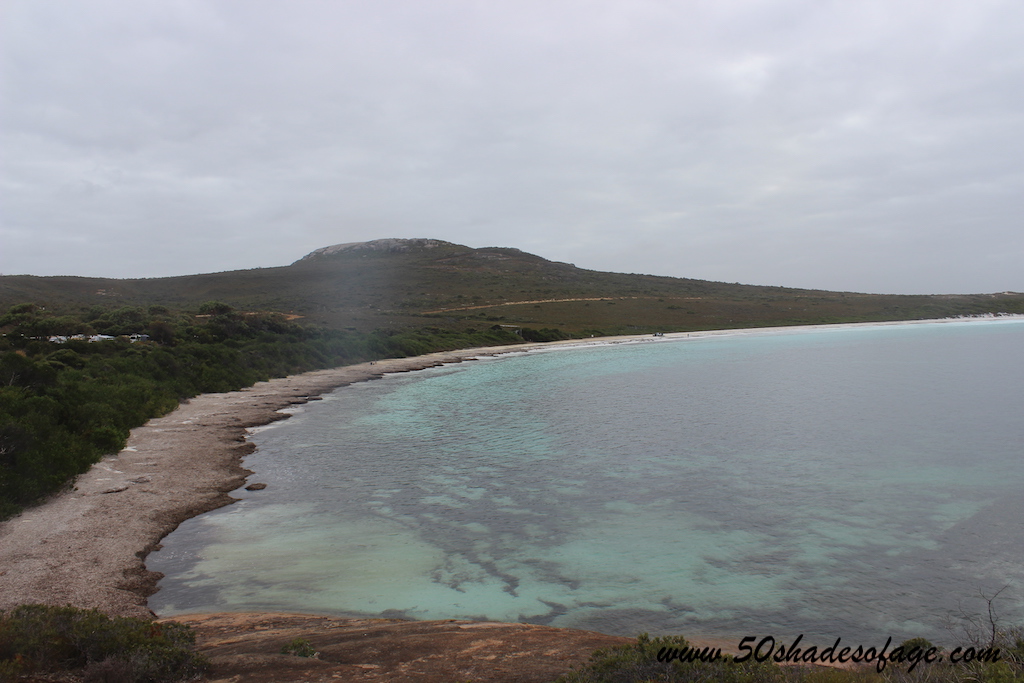 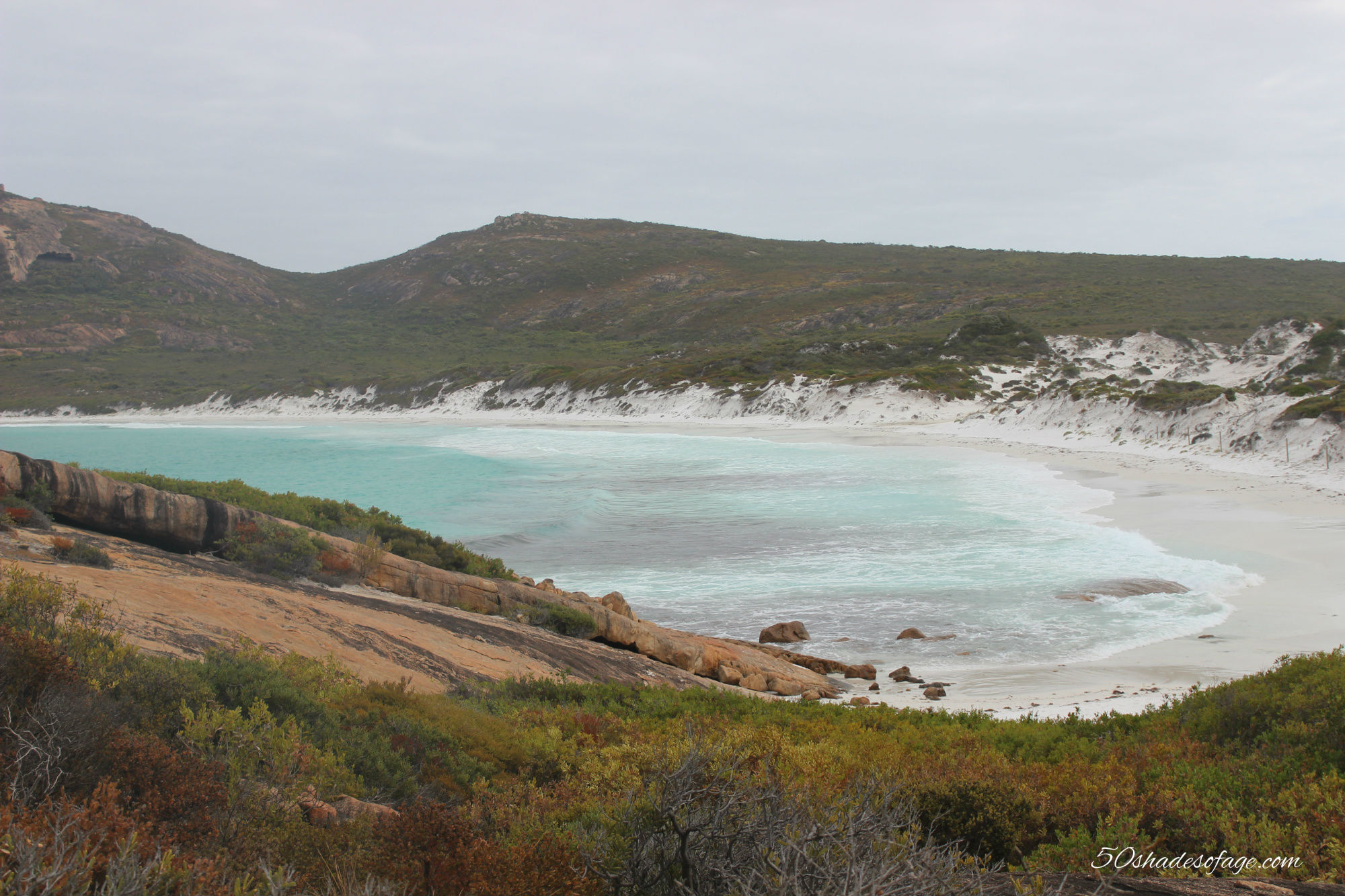 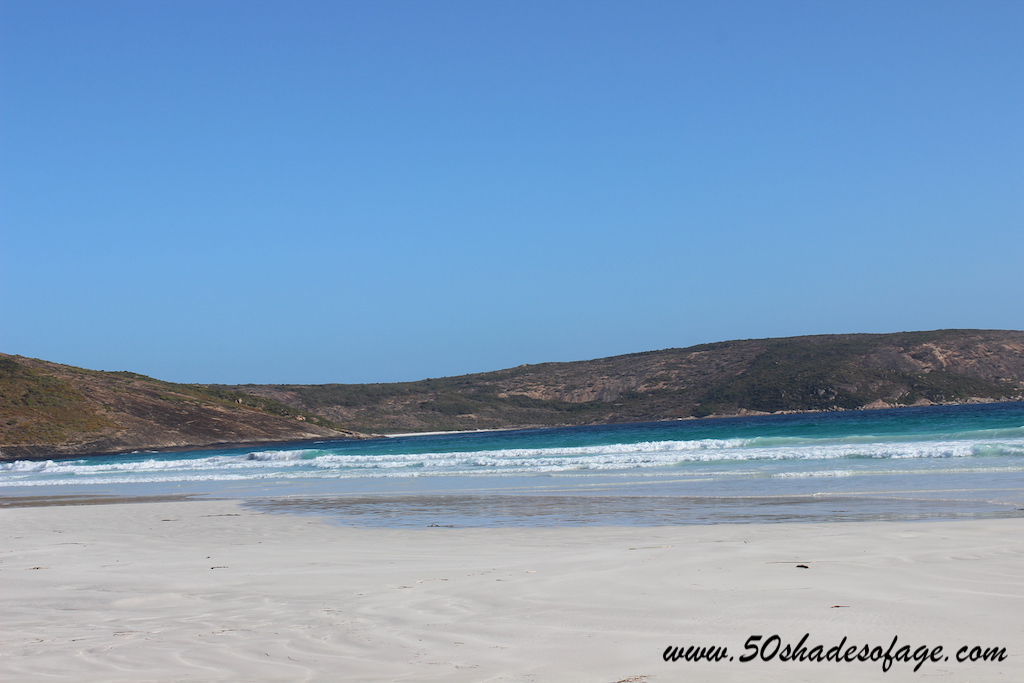 85 kilometres east of Esperance is the picturesque Duke of Orleans Bay surrounded by breathtaking swimming and fishing beaches, with spectacular wildlife and flora. 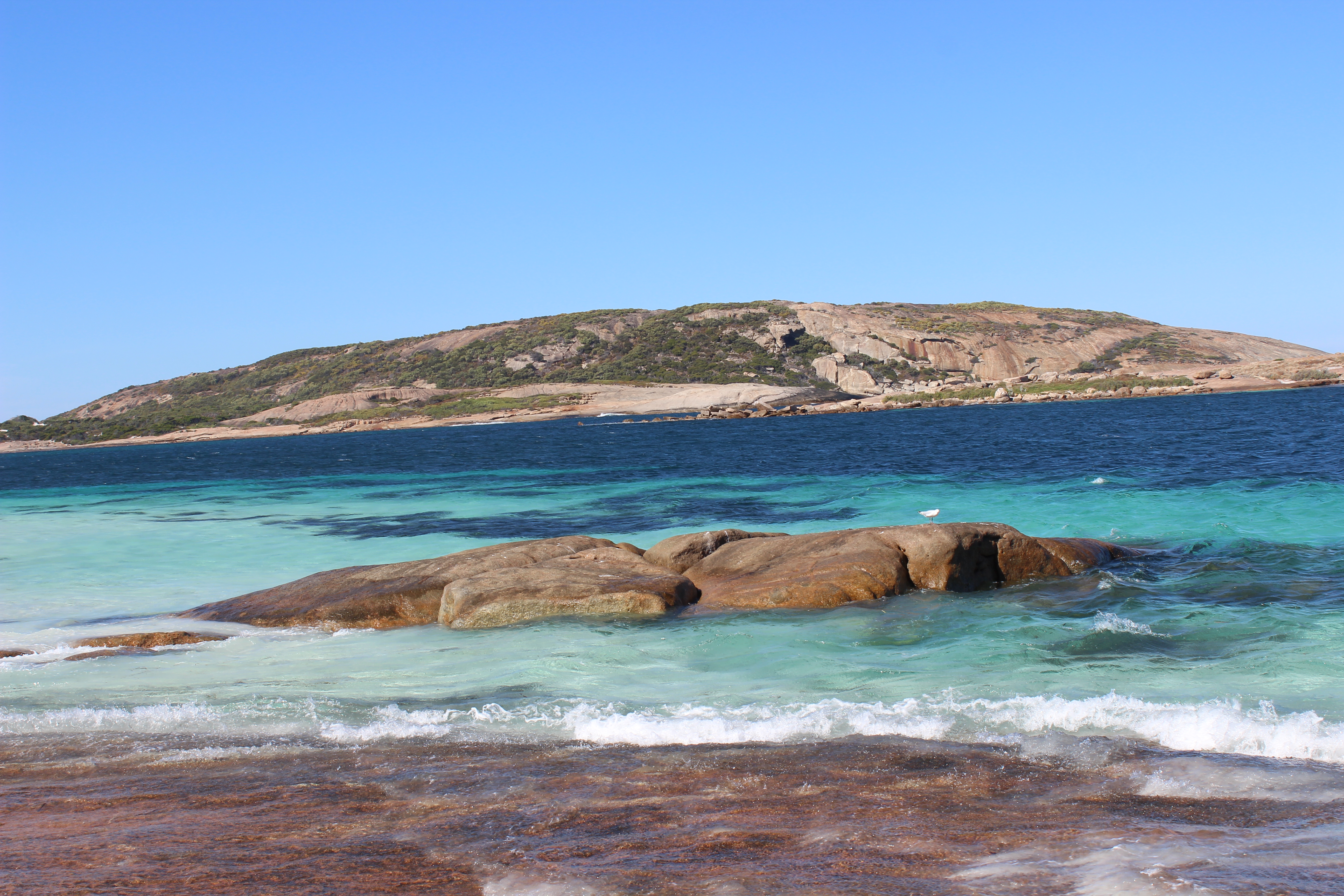 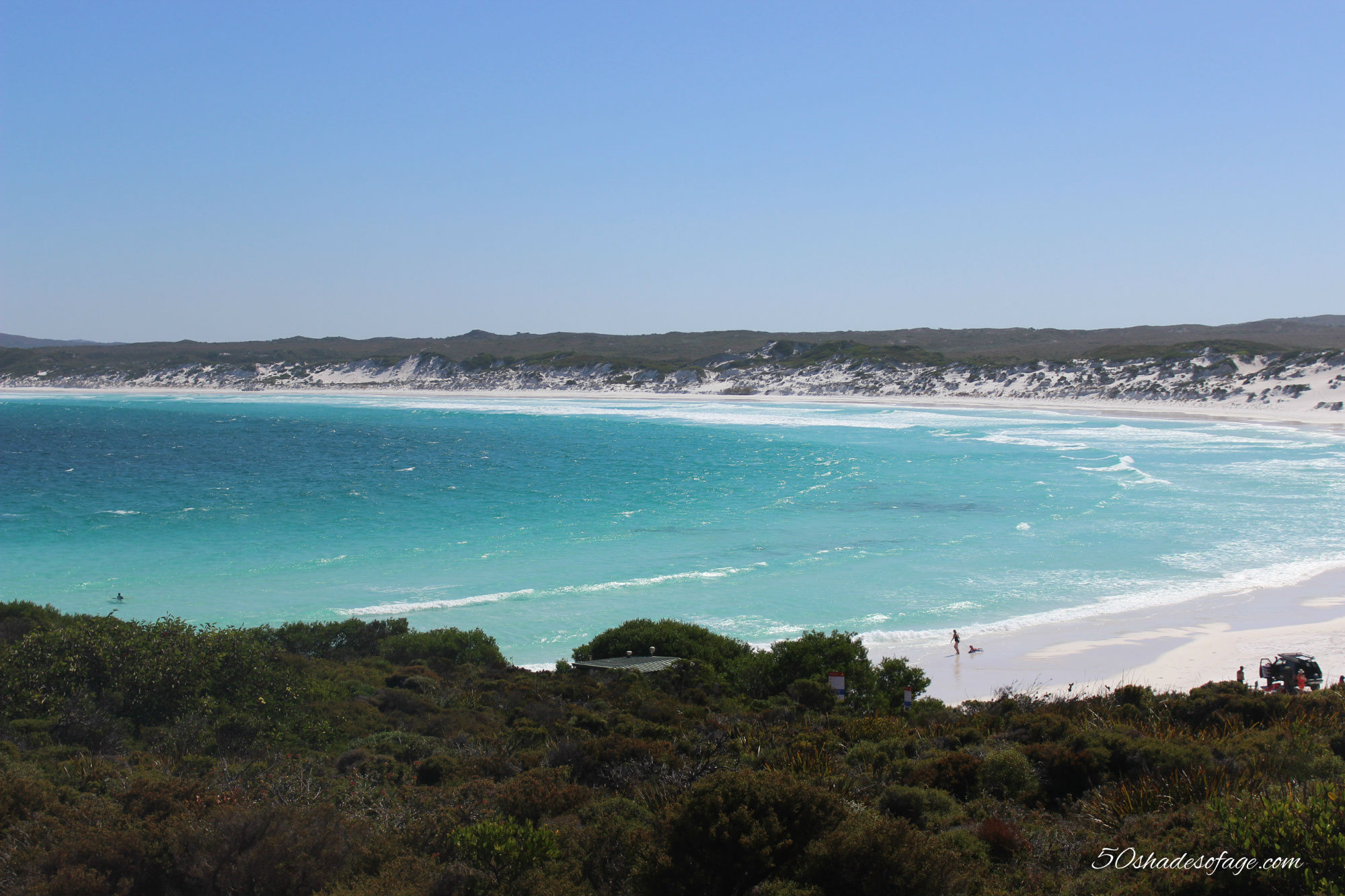 The beaches of Esperance are simply breathtaking. Do yourselves a favour and put Esperance on your must see list when you’re visiting the South West of Western Australia.

Spread the love
Australian BeachesEsperanceSouth West AustraliaSouth West Australian BeachesTravel West Australia
By 50 Shades, September 17, 2019 Kathy was a 50 something year old when she started up this blog 6 years ago, but has since turned over another decade and is now in her early 60s. She is married with two adult children and lives on the Tweed Coast of New South Wales, Australia. Kathy enjoys living life to the fullest and loves to keep fit and active by maintaining a healthy diet and exercising regularly. Some of her interests include reading, photography, travelling, cooking and blogging! Kathy works part-time as a freelance writer but her real passion is travelling and photographing brilliant destinations both within Australia and overseas and writing about it.