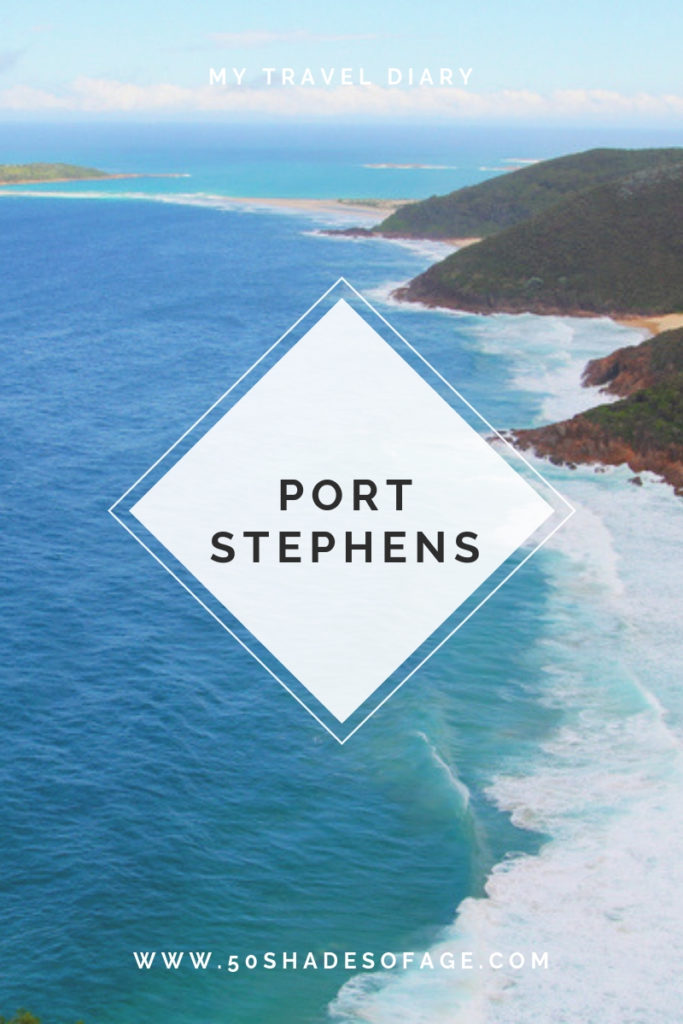 We were standing on Tomaree Head summit looking out over the the pristine inlet in the vast Port Stephens-Great Lakes Marine Park, looking for dolphins and whale spouts. As I recall it was a blustery day with a strong southerly howling, that made the sea choppy and difficult to make out any marine activity. Port Stephens in the Hunter Region in New South Wales had always been on our bucket list and we weren’t disappointed during our 3 day stay.

We were on a two week road trip exploring the North Coast of New South Wales, with Port Stephens being our penultimate destination. Geographically Port Stephens is located 213 km north of Sydney via the Pacific Highway and 58 km north-east of Newcastle. It’s most famous for having a choice of 26 beautiful beaches and bays, marine life such as whales and dolphins, great fishing, boating and sailing, and the vast Stockton Sand Dunes. 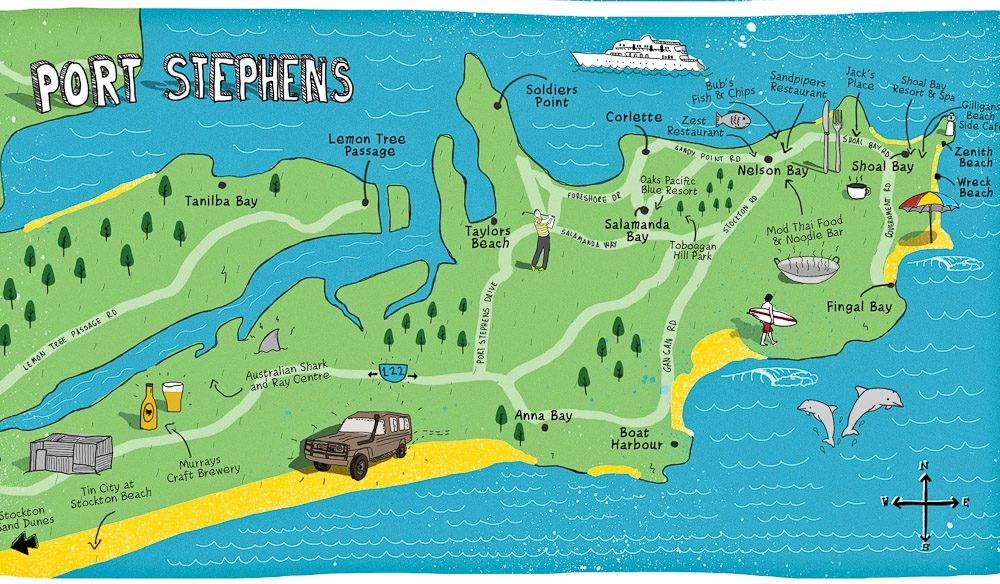 We decided to stay at Shoal Bay Holiday Park, mainly because of it’s central location, proximity to the beach and the perfect base to check out all the things to do in Port Stephens. The great thing about this location was that we were just minutes walk to the pretty village of Shoal Bay with water view cafes, quaint shops, restaurants and clubs. We could also access Tomaree Head summit walk, that was around a 1km walk away. 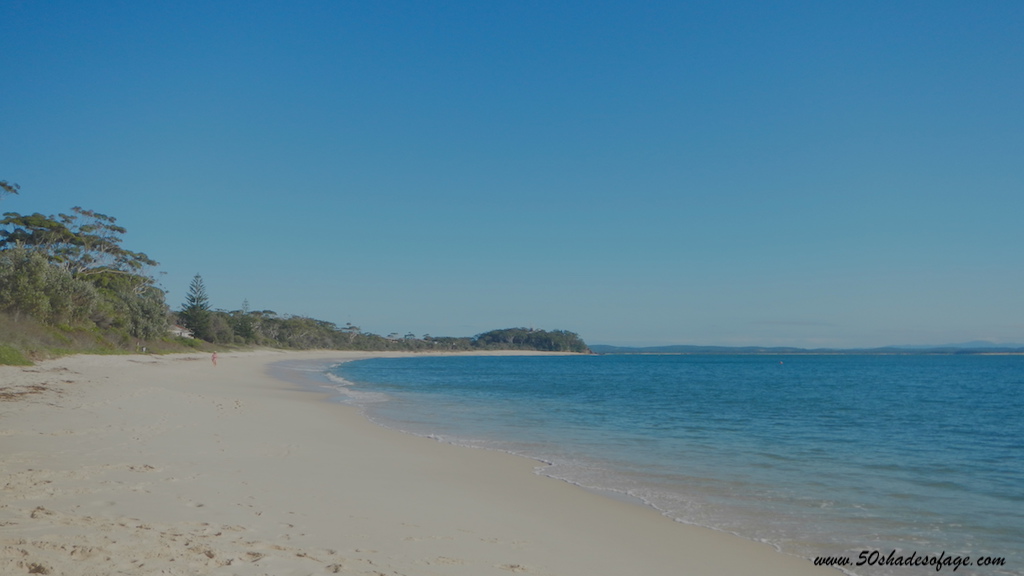 During our 3 days stay here we walked the calm water shores of the beautiful stretch of beach, swam in lovely clear water and my husband threw a line in hunting for Whiting, that he could see under the jetty at the southern end of the beach. We found a bike hire place in the village, so early one morning we set off to Fingal Beach that was only a couple of kilometres way on a shared walking/cycling path. 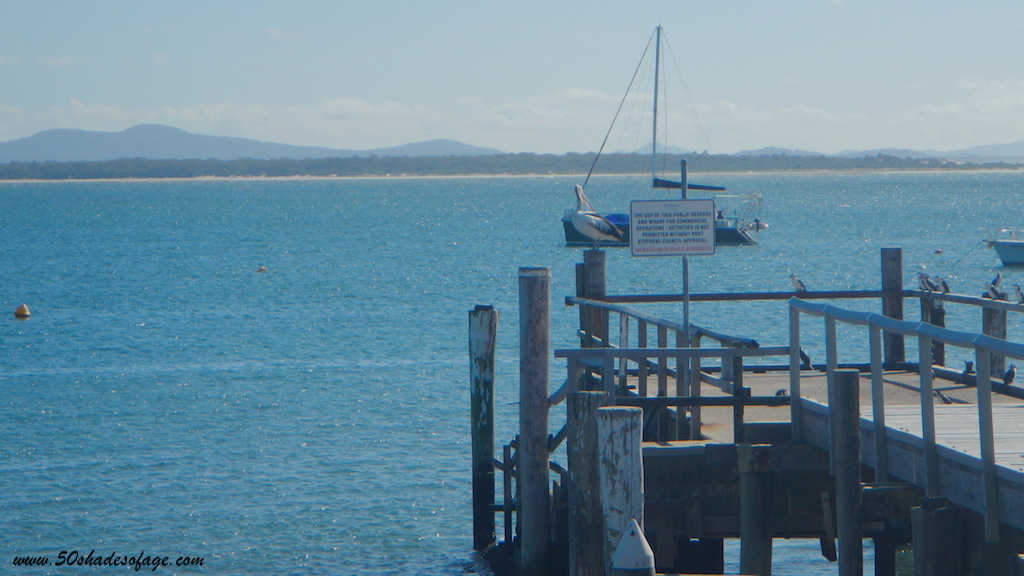 An absolute must do is the 2.2km return summit walk to Tomaree Head. Although there are some steep sections on the walk and some stairs to negotiate right at the end it’s worth it for the spectacular views from both the walk up and the summit. 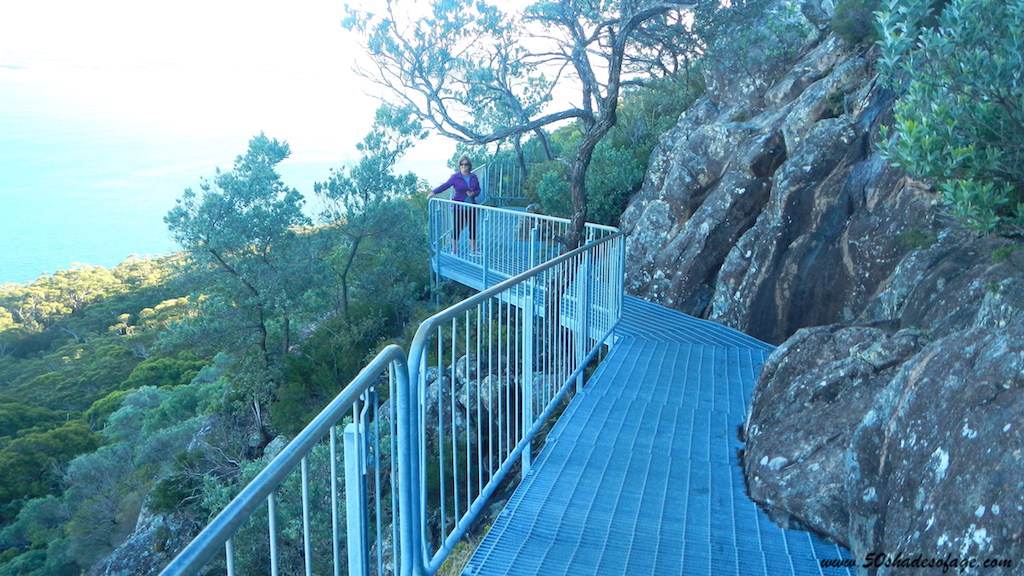 Walkway up to Tomaree Head

Along the way we witnessed the ruins of Fort Tomaree, that was established on the head during World War II. There are two large gun emplacements (sans guns) that lie along the main track. 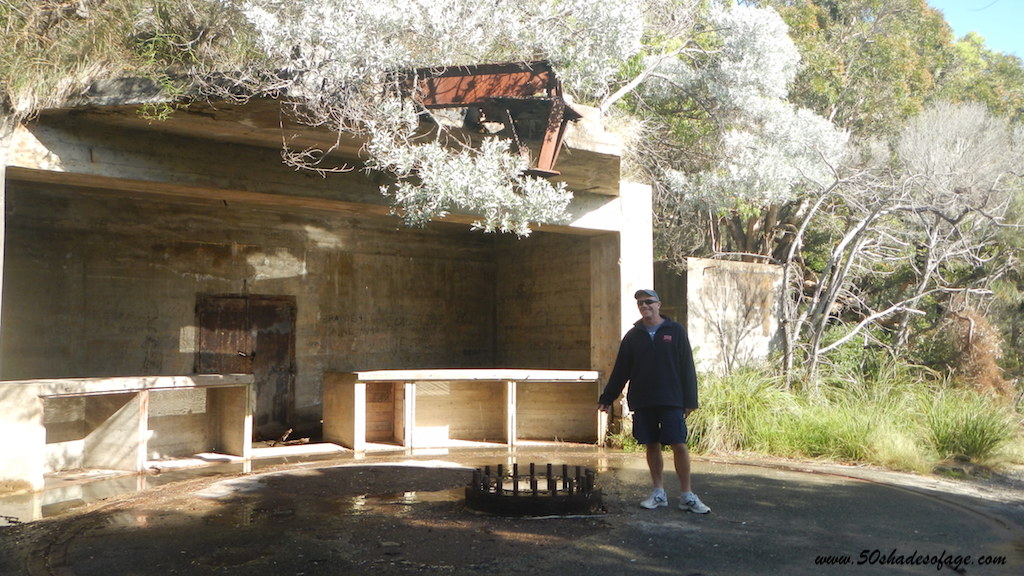 Remnants of the guns on Tomaree Head during WWII

Once we reached the summit the views were breathtaking in either direction. There are several offshore islands, Cabbage Tree and Boondelbah islands, that can be seen and the “C” shape bay of Shoal Bay can also be seen from the lookout. Then there are less protected ocean beaches in the south: Wreck and Zenith Beaches. 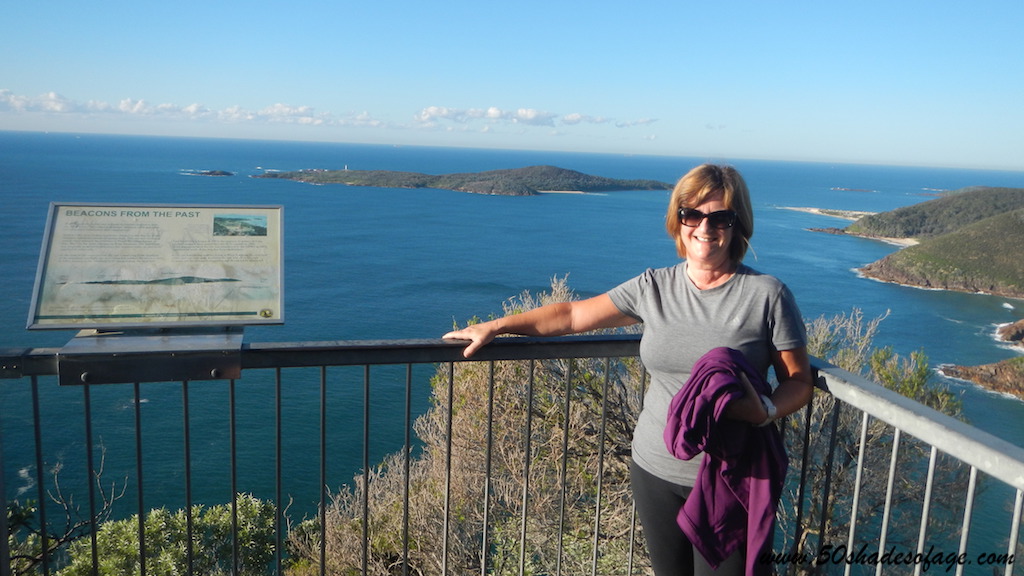 View to the south from Tomaree Head 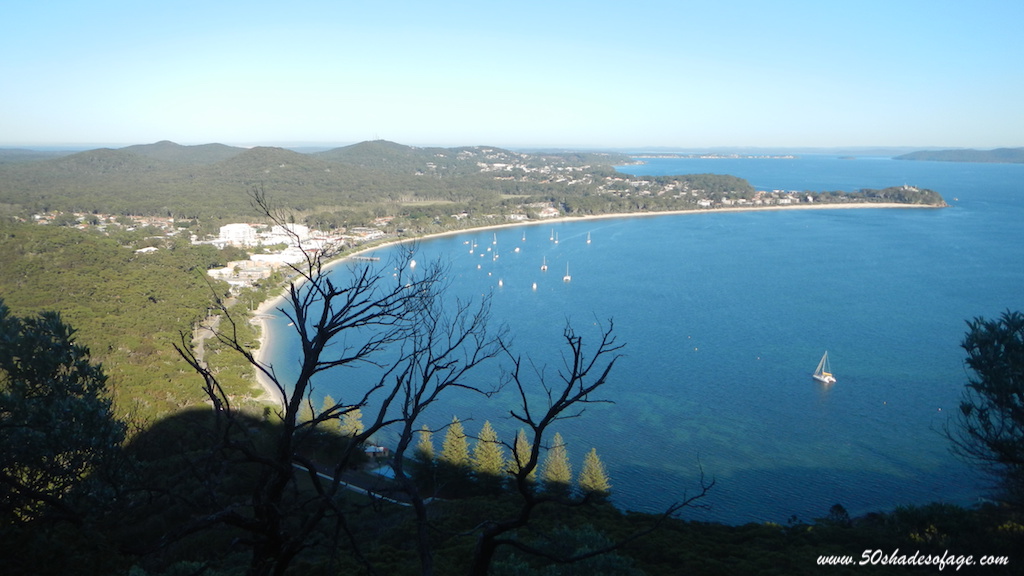 Views to the west from Tomaree Head over Shoal Bay

During our second day we set off in our car to explore some of the other settlements in and around Port Stephens. Our first stop was to Nelson Head, at the eastern end of Nelson Bay, which separates Little Nelson Beach to the west from Shoal Bay to the east. On Nelson Head sits the Inner Lighthouse, dating from 1872 but still operating and classified by the National Trust. 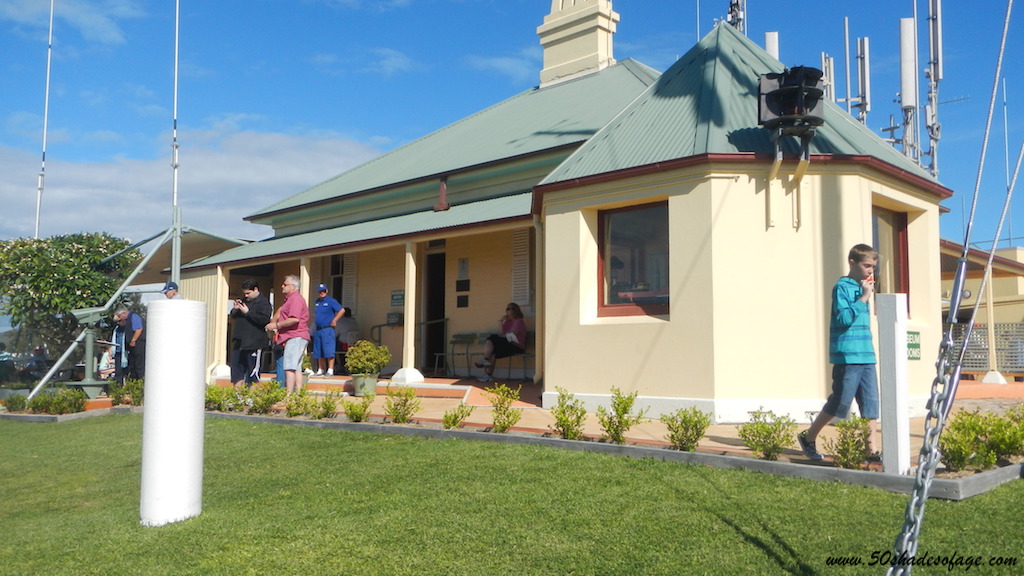 Here you will enjoy panoramic views, maybe some refreshments in the tea room and a browse in the gift shop set up in the old lighthouse keeper’s cottage. 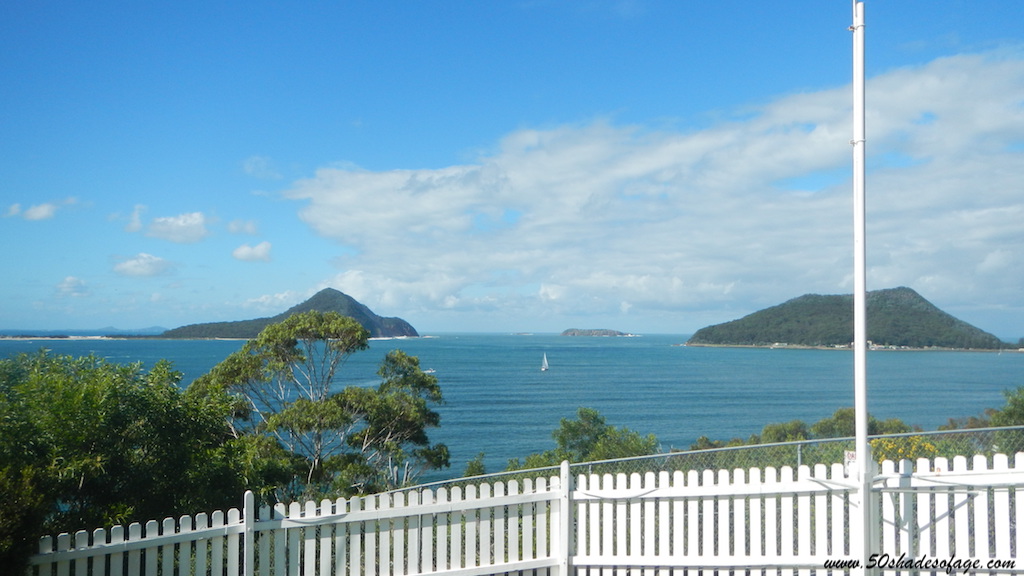 Nelson Bay is the largest town of the Port Stephens area, located on a bay of the same name and is the major tourism centre, particularly for dolphin and whale watching, surfing, diving, fishing and other recreational aquatic activities. The area around the marina is particularly attractive with a large array of flash cabin cruisers and yachts moored here and some interesting shops and cafes to check out. 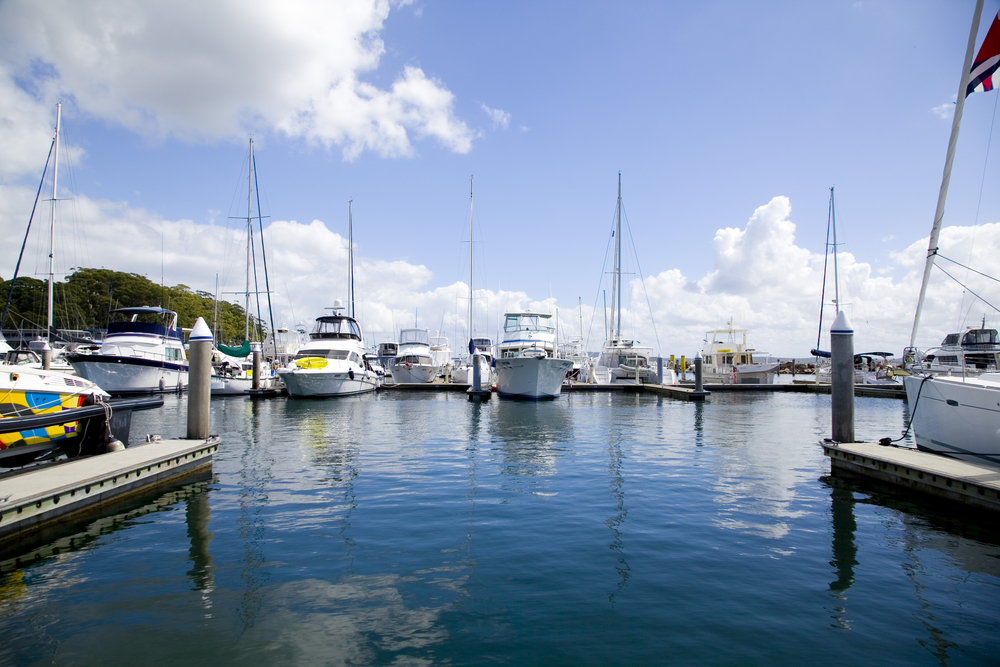 If you have time catch the ferry across Nelson Bay on the northern shore to the town of Tea Gardens. Although we didn’t do this on this particular trip, we did stay at Tea Gardens at Jimmys Beach on another holiday earlier this year. We hear that the ferry trip is worthwhile for the large amount of bottlenose dolphins likely to swim alongside the ferry. 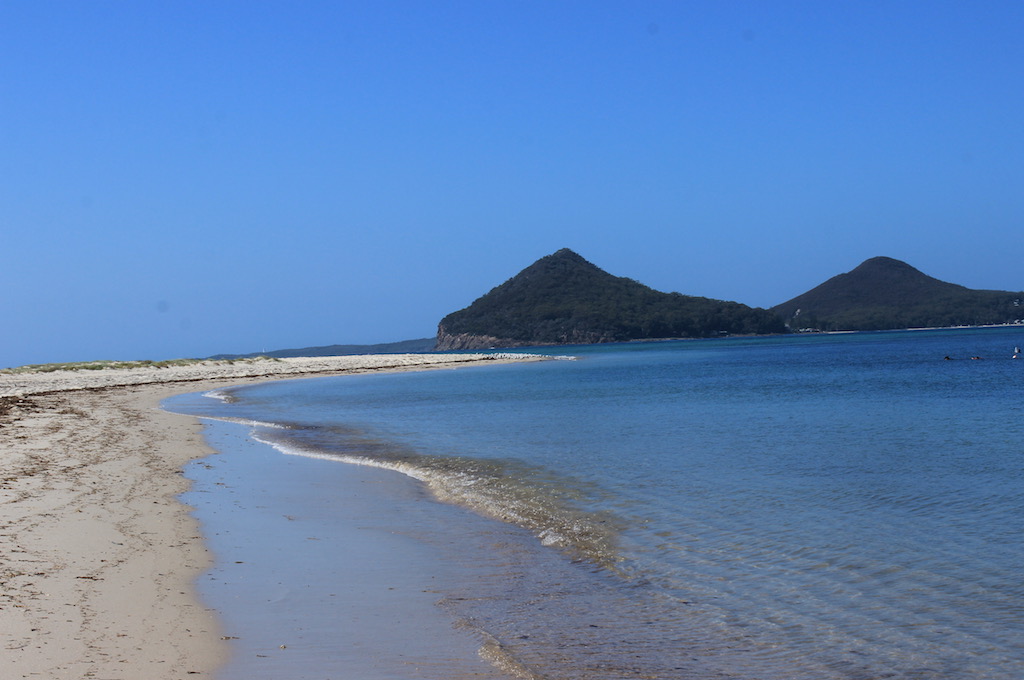 Further around from Nelson Bay is the town of Soldiers Point, lying on a peninsula that juts out from the southern shores of Port Stephens. Here we were in awe of the fine marina and lovely calm beach waters. The jetties on either side of the point also offer great fishing. But for us we were happy to sit for a while and watch the Pelicans and the many yachts sailing back into the marina. 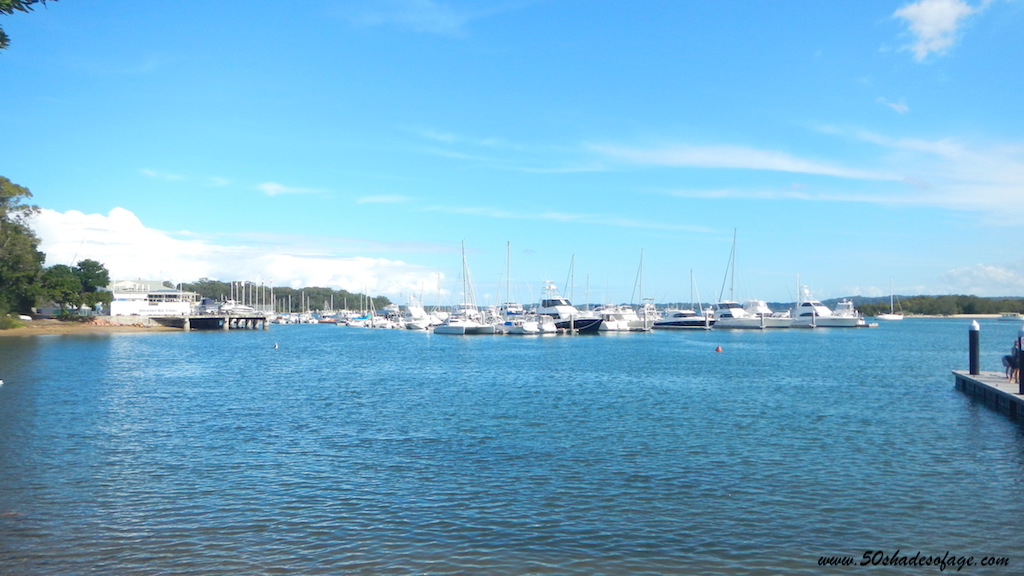 I mentioned earlier that we cycled to the little beachside village of Fingal Bay, where we rewarded with the sight of the local mullet fisherman netting a large school of mullet just off the beach. We cycled up to Fingal Head for the views and the surrounding bushland area of Tomaree National Park. 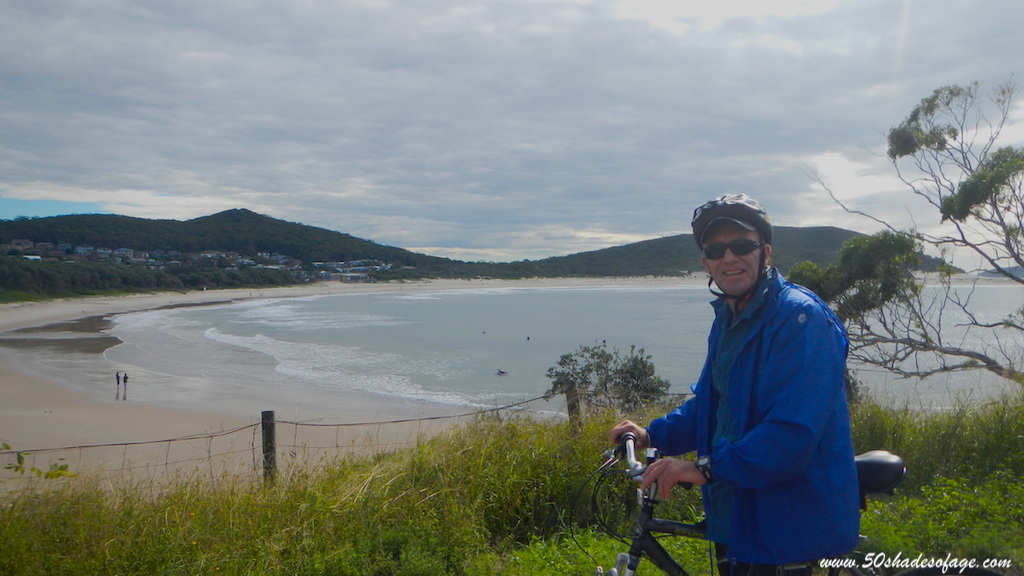 The beach here is very popular with surfers because it’s protected by the headland in the southern corner, but is also good for fishing off the shoreline. The Tomaree National Park conserves coastal bushland, sand dunes, heathland, forest areas and over 20 kilometres of rocky coastline and beaches. 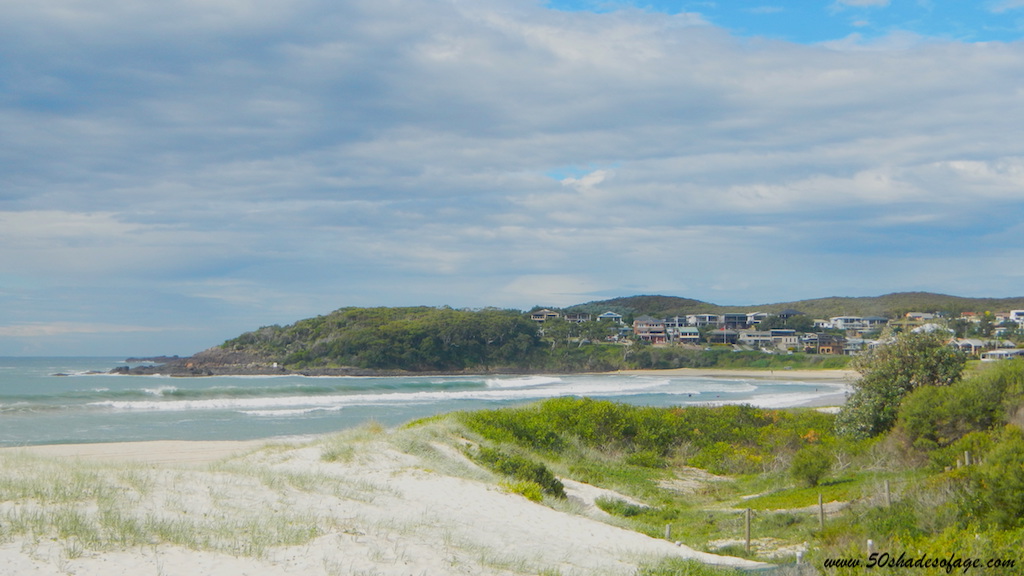 We thoroughly enjoyed our short stay at Port Stephens. With so many things to do in Port Stephens and so much variety on offer: plenty of wildlife, national parks, beautiful beaches, water activities galore, interesting history and lovely little villages – it really is one place you should put on your Australian holiday destination wish list.

Spread the love
Caravan AustraliaNelson BayNorthern NSWPort StephensTravel NSW
By 50 Shades, November 12, 2018 Kathy was a 50 something year old when she started up this blog 6 years ago, but has since turned over another decade and is now in her early 60s. She is married with two adult children and lives on the Tweed Coast of New South Wales, Australia. Kathy enjoys living life to the fullest and loves to keep fit and active by maintaining a healthy diet and exercising regularly. Some of her interests include reading, photography, travelling, cooking and blogging! Kathy works part-time as a freelance writer but her real passion is travelling and photographing brilliant destinations both within Australia and overseas and writing about it.