What To See In Esperance 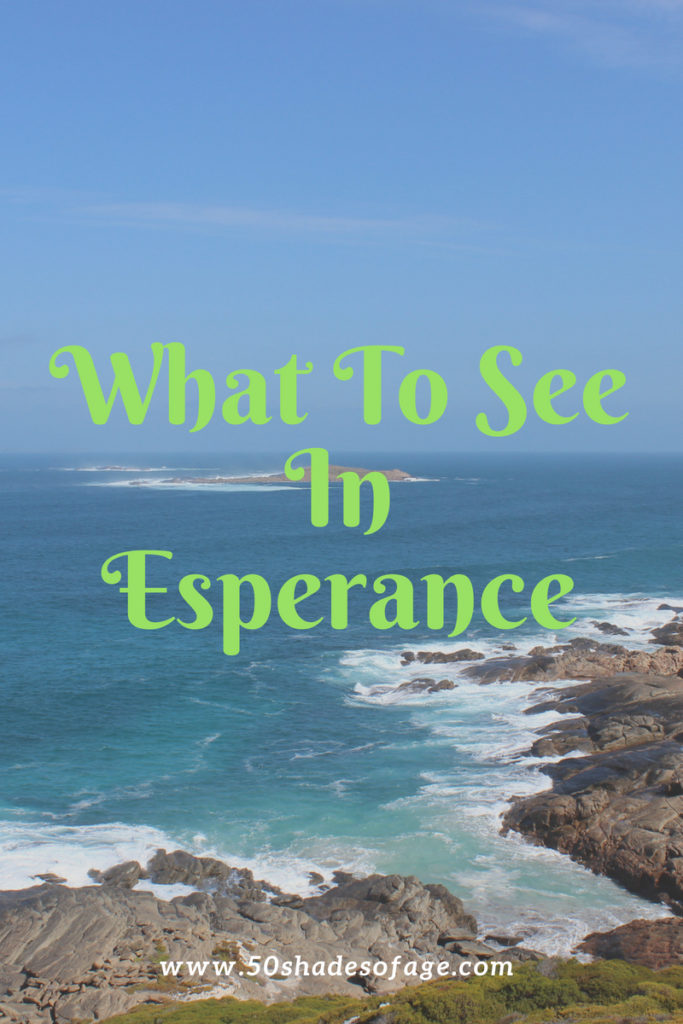 Esperance is a regional city in the Goldfields-Esperance region of Western Australia, on the Southern Ocean coastline approximately 720 kilometres east-southeast of the state capital, Perth or 483 kilometres east of Albany. It has some of the world’s best beaches and a string of islands, known as the Recherche Archipelgo. We arrived here after crossing the Nullarbor Plain on our epic caravan trip around Australia, and were inquisitive as to what to see in Esperance. 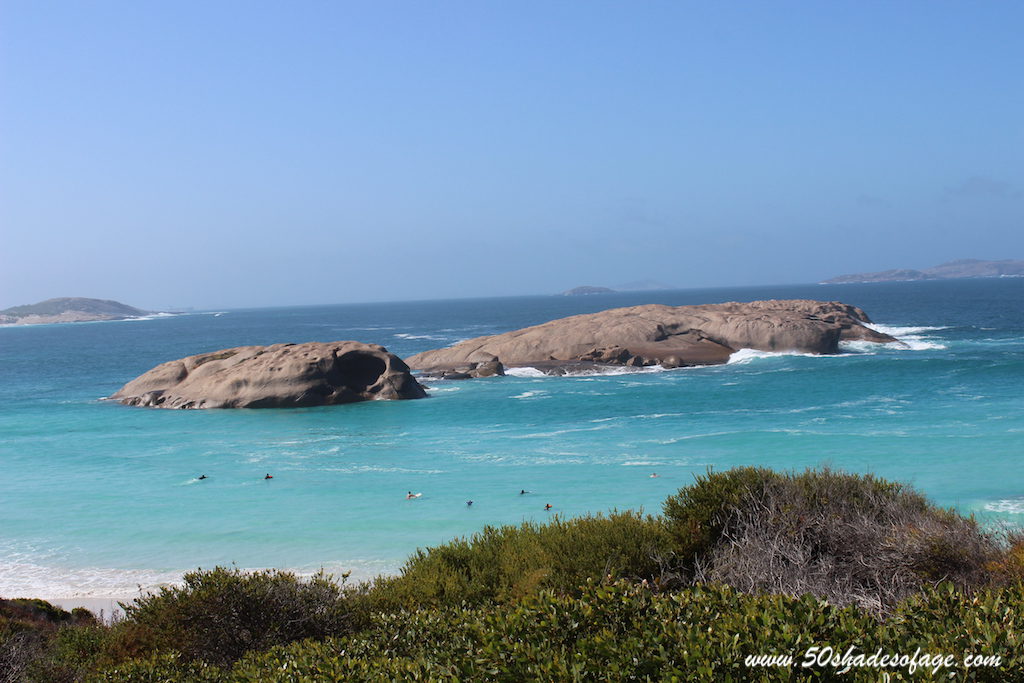 Esperance was discovered in 1792 by two French ships, L’Esperance and Recherche, and then further explored by Matthew Flinders in 1802. With the discovery of gold in Dundas, Coolgardie and Kalgoorlie in 1895, Esperance became a large port to serve the goldfields. The port also served and continues to serve the surrounding prosperous wheat belt region.

Today, Esperance boasts not only Australia’s best beaches and whitest sand, but also a variety of other attractions. Cape le Grand and Cape Arid National Parks, to name a few, are located to the east of Esperance and are both breathtaking. 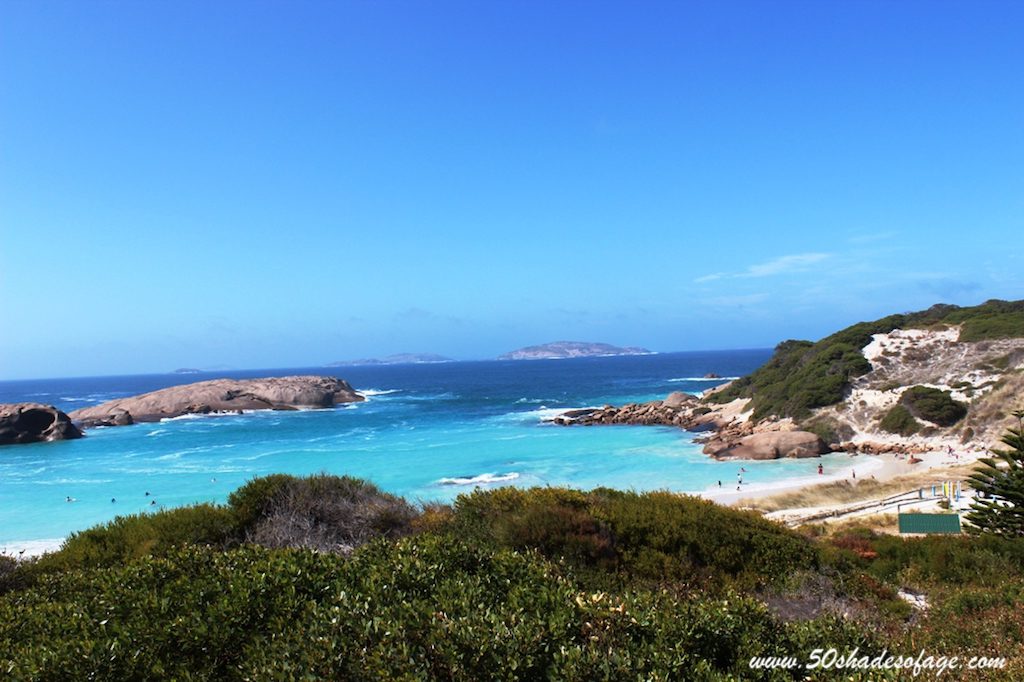 What To See in Esperance

With so much to do in and around Esperance, it was hard to decide what to do first. So here are what we found to be the best things to do in Esperance during our week long stay.

We set off on a day trip approximately 50 kms east of Esperance, to Western Australia’s best known and most spectacular national parks. Cape le Grand National Park offers the most perfect vistas of coastal flora, granite rock formations, towering headlands, tranquil white sandy bays with crystal clear waters, an abundance of wildlife and a peak that you can climb to the summit for panoramic views of the entire park. 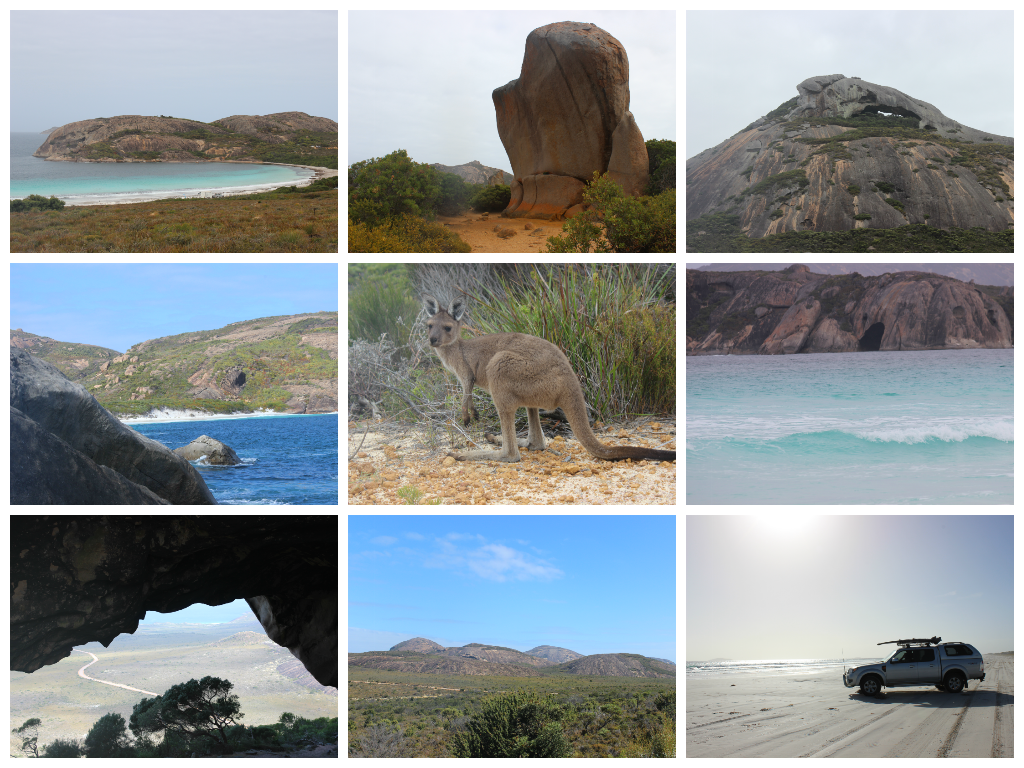 There are 15 kms of coastal tracks that run from le Grand Beach, via Hellfire Bay to Rossiter Bay, that features excellent park and coastal views. The magnificent Lucky Bay, with Australia’s whitest sand and Kangaroos that frequent the beach is an experience not to be missed. 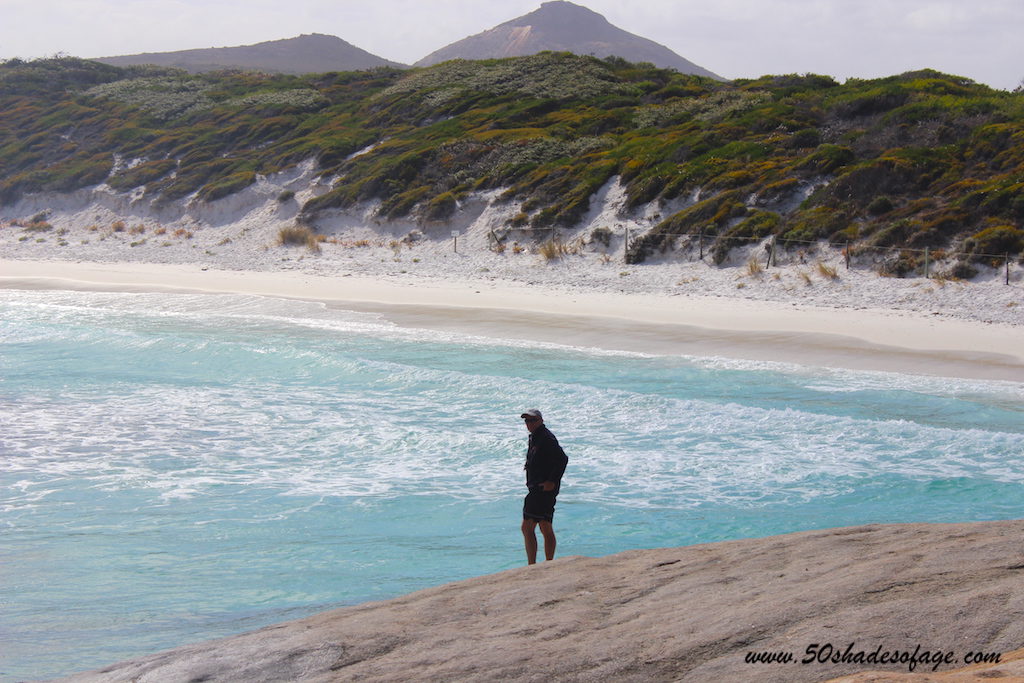 For the hale and hearty, scale the 3 km steep rocky cliff face to the top of Frenchman Peak, and take a photo through the hole in the rock sitting on the summit, for the greatest views of the park. Campers are provided for in two fabulous camp areas within the park so stay for a few days and explore the entire terrain. 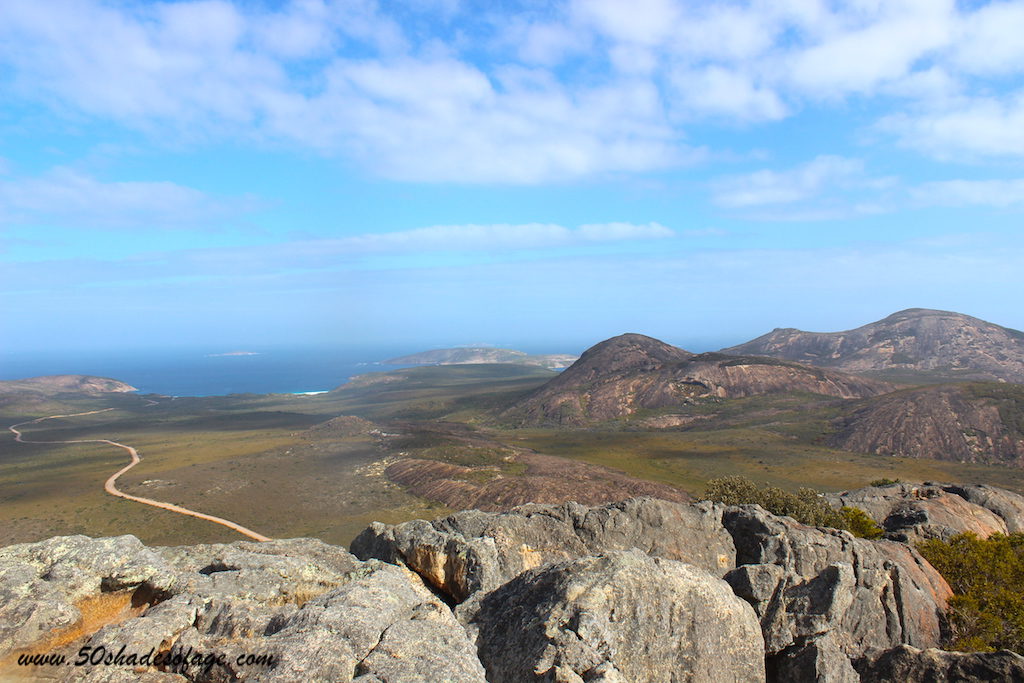 Further east of Esperance, about 120 kms, is the even more remote Cape Arid National Park. Most of this park is four wheel drive only and features magnificent granite headlands, crystal clear waters and sparkling white sands. 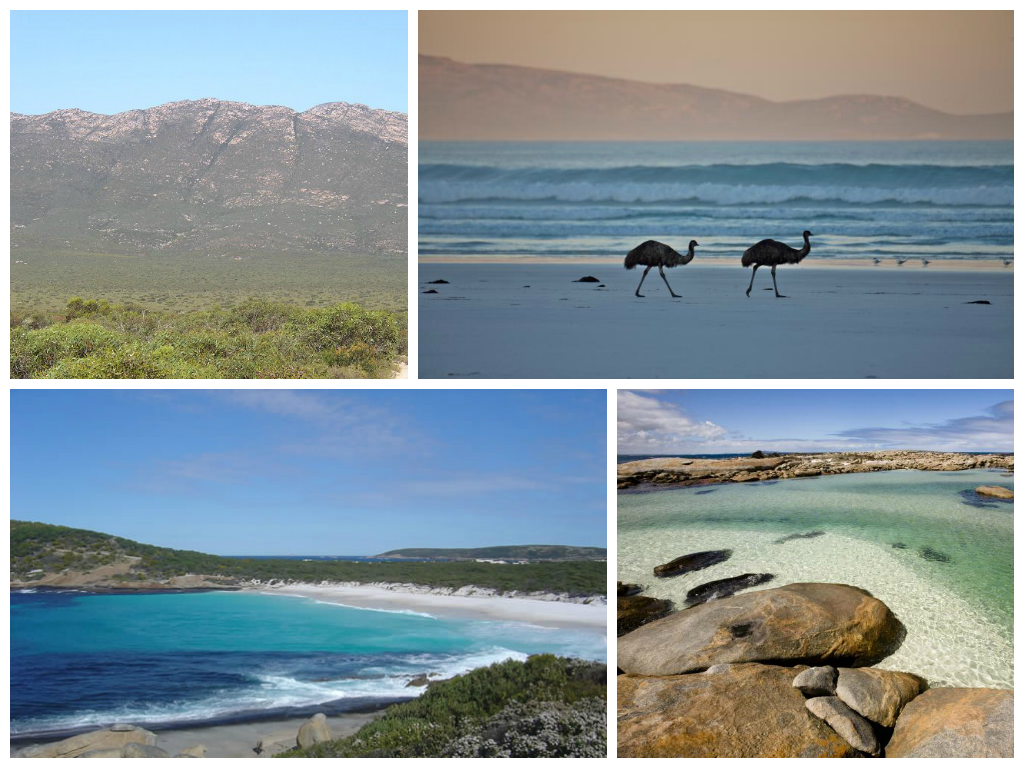 There are many nature and coastal trails that you can walk including the Len Otte Nature Trail, Tagon Coastal Walk, Boolenup Walk and Mt Ragged Walk. So pack your backpack and put on your hiking shoes for some views over the wild coastline and wilderness of the park for some wildlife encounters.

We discovered the amazing Duke of Orleans Bay around 85kms east of Esperance, via the small town of Condingup. It is renowned for the sweeping beach called Wharton Beach, that you can four wheel drive along for kilometres, and the more intimate beach – Little Wharton Beach, with lots of interesting rock pools for exploration. 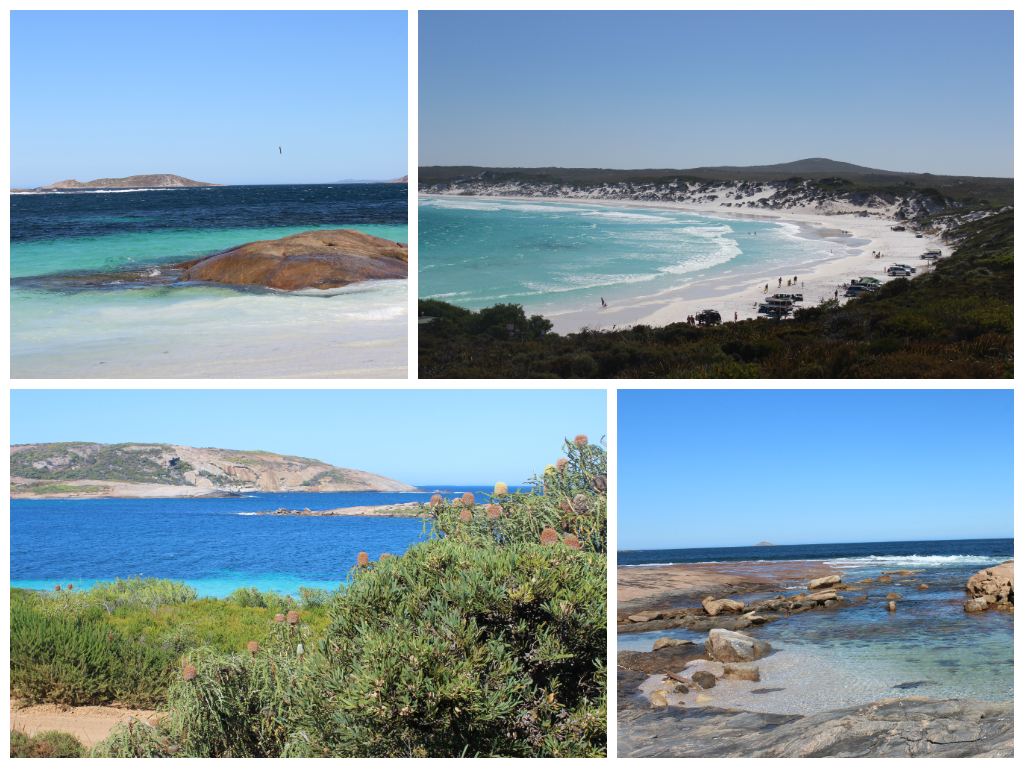 Views from the granite headland, called Hammer Head, out to Table Island and the islands of the Recherche Archipelago were to die for.

Walk, ride a bike or drive the 40 km loop of the Great Ocean Drive, just west of Esperance to capture the picturesque coastline and Western Australia’s most popular beach, Twilight Cove. 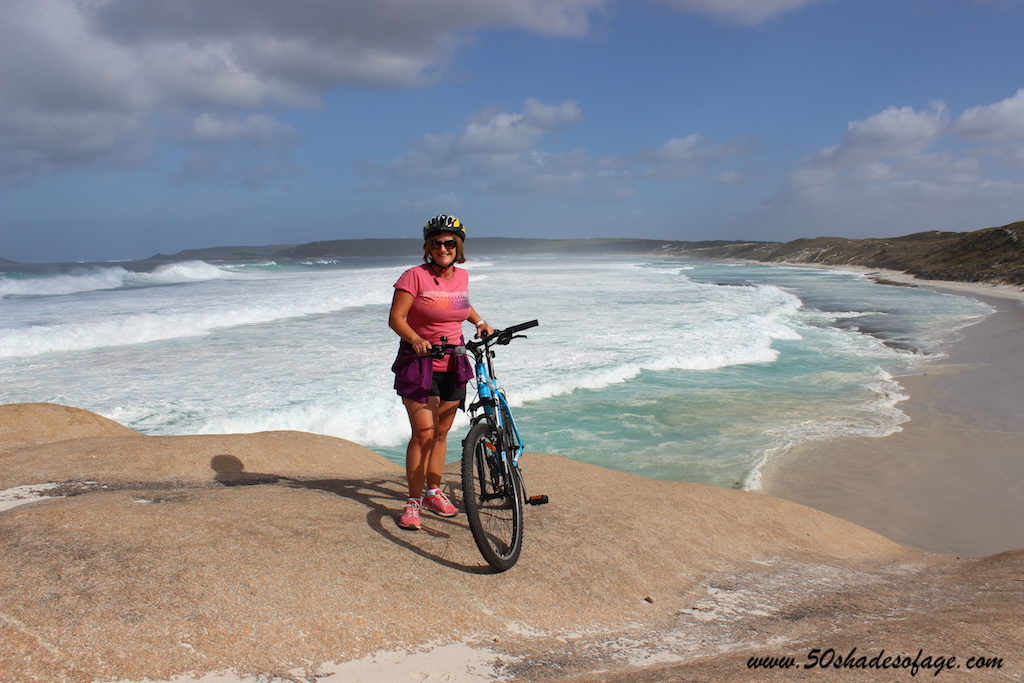 Along the route there are many lookouts and viewing platforms to enjoy the stunning scenery including Observatory Point which gives 360 degree views. 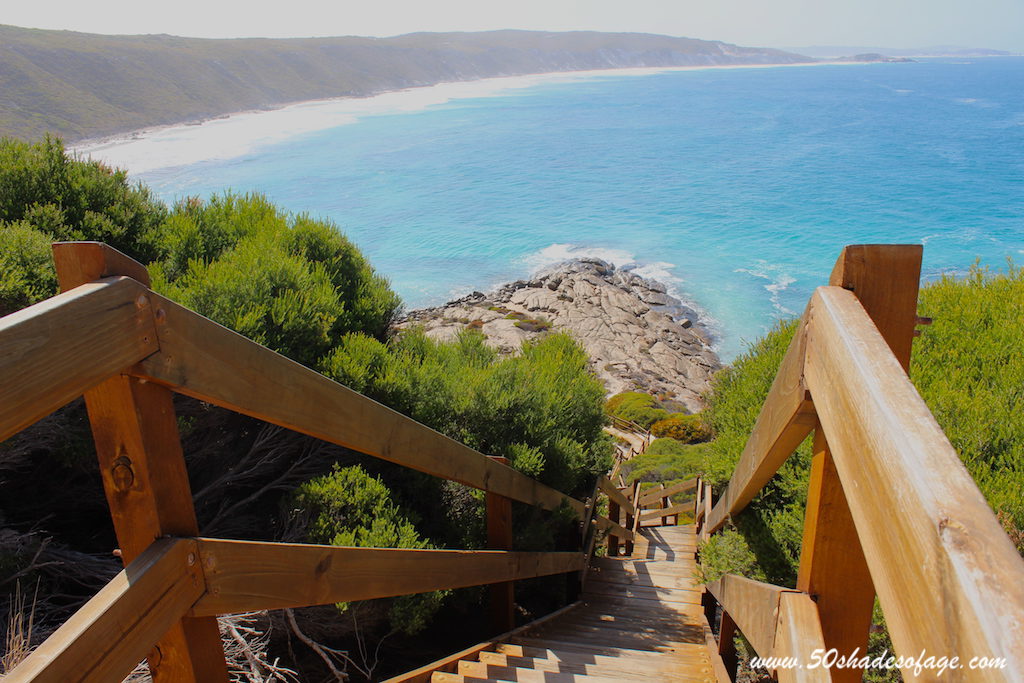 Once the drive heads inland it will take you through rural countryside to the intriguing Pink Lake (that is no longer pink!) Stop by at the Section Glass Gallery & Café which is a working studio of awarded glass artist, Cindy Poole. Her jewellery creations are gorgeous! 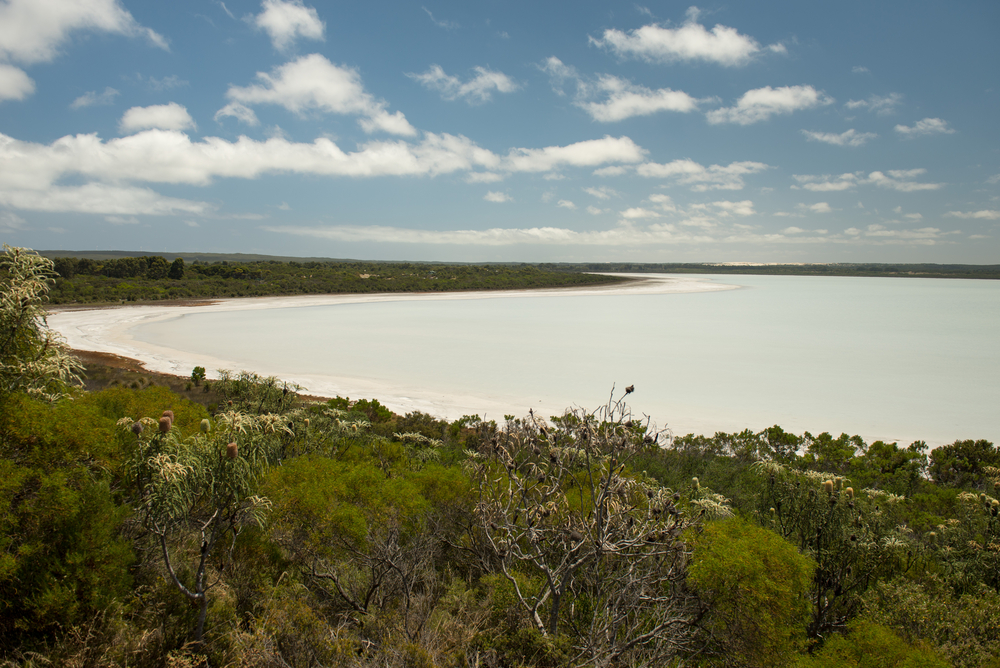 The not very pink Pink Lake in Esperance

Other Things To Do in Esperance

Closer to the town of Esperance there are more Esperance attractions, including:

Head to the port precinct where there are great adventure playgrounds for the kids, a small steam train that you can ride on, a sandy little beach safe for swimming at Taylor’s Beach and a lovely café called Taylor’s Beach Café where you can stop for a coffee and a bite to eat with views out over the park and port area. 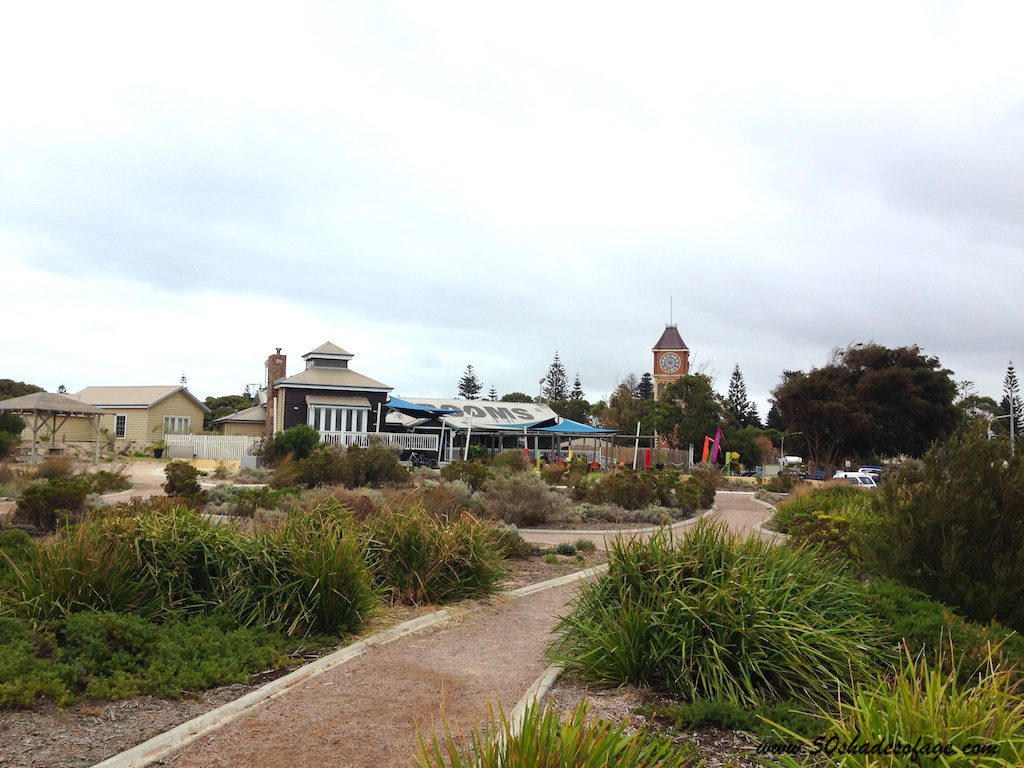 There are several Caravan Parks located close to town, and one located at Pink Lake out of town, with most being pet-friendly. We phoned ahead to make a booking and at that time we could only get a caravan site at Bather’s Paradise Caravan Park, that is located 3.5 kms out of town near Bather’s Beach. We found this caravan park was perfect with lovely grassy shady sites and only one block back from the beach. 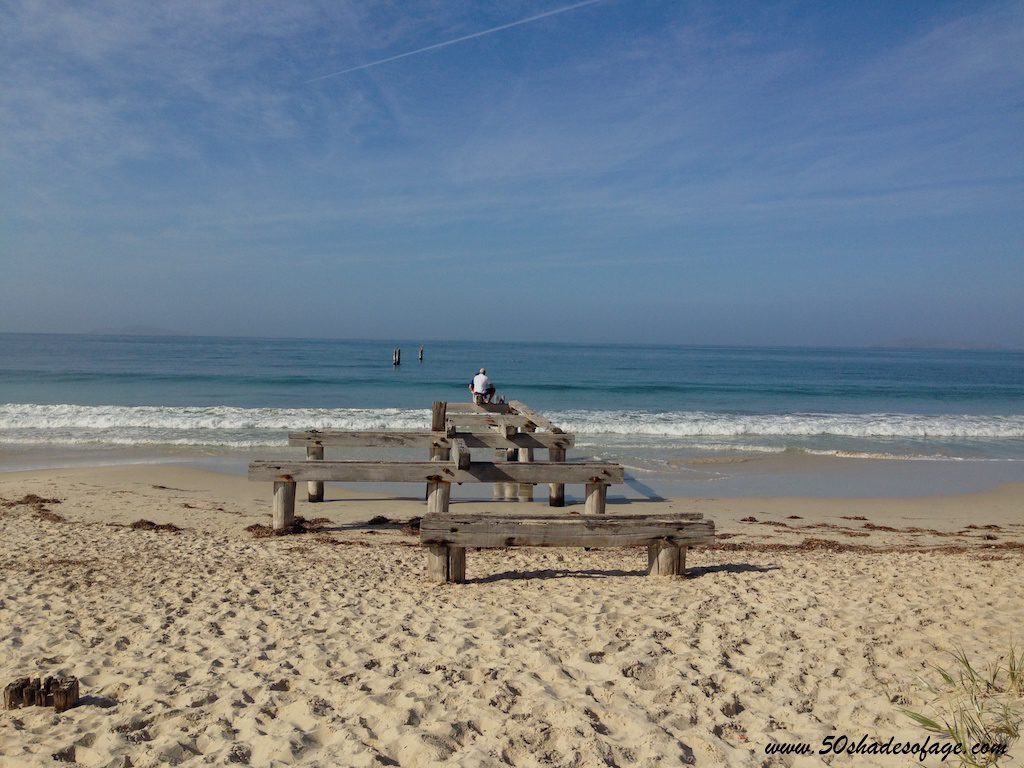 Esperance is one place that many travellers to Western Australia miss. However Esperance is most definitely one destination that I would add to my must see list. It offers the chance to escape to a paradise, devoid of high rise buildings, traffic lights and crowds, with pristine beaches, over a hundred islands and spectacular national parks – what more could you ask for!

Spread the love
Beautiful BeachesCape le GrandEsperanceGoldfieldsTravel Western Australia
By 50 Shades, August 6, 2018 Kathy was a 50 something year old when she started up this blog 6 years ago, but has since turned over another decade and is now in her early 60s. She is married with two adult children and lives on the Tweed Coast of New South Wales, Australia. Kathy enjoys living life to the fullest and loves to keep fit and active by maintaining a healthy diet and exercising regularly. Some of her interests include reading, photography, travelling, cooking and blogging! Kathy works part-time as a freelance writer but her real passion is travelling and photographing brilliant destinations both within Australia and overseas and writing about it.