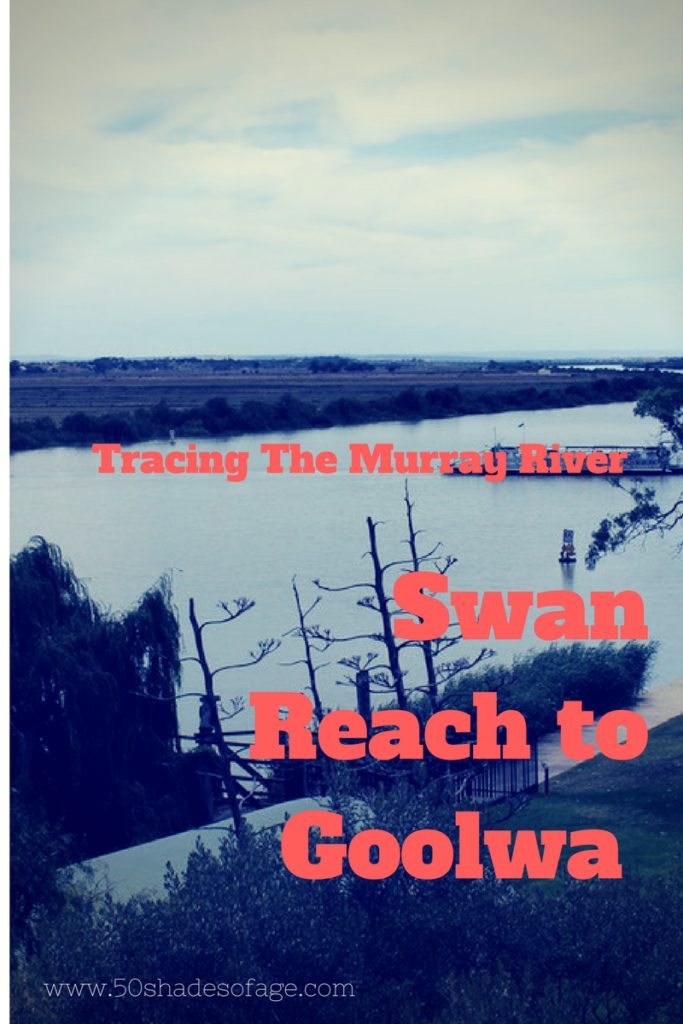 Our journey was coming to a close as we were following the Murray River down to where it meets the Southern Ocean at Goolwa. The last section of tracing the Murray River was from Swan Reach to Goolwa, a distance of 180 kms, but before we reached Goolwa we stopped at Milang on the magnificent Lake Alexandrina.

We departed Swan Reach early in the morning and filled up with fuel at the local general store. When asked where we were headed, the store owners were quick to suggest we take the scenic route along the western side of the Murray River. What we discovered was that they were definitely right, the next 100 kms of our journey was stunning!

Comparable in splendour to some of the majestic river gorges in Outback Australia, the Big Bend Cliffs are located between Swan Reach and Nildottie. We discovered that there were several lookout vantage points along the road where you could take in the remarkable sight of these Murray River Cliffs. 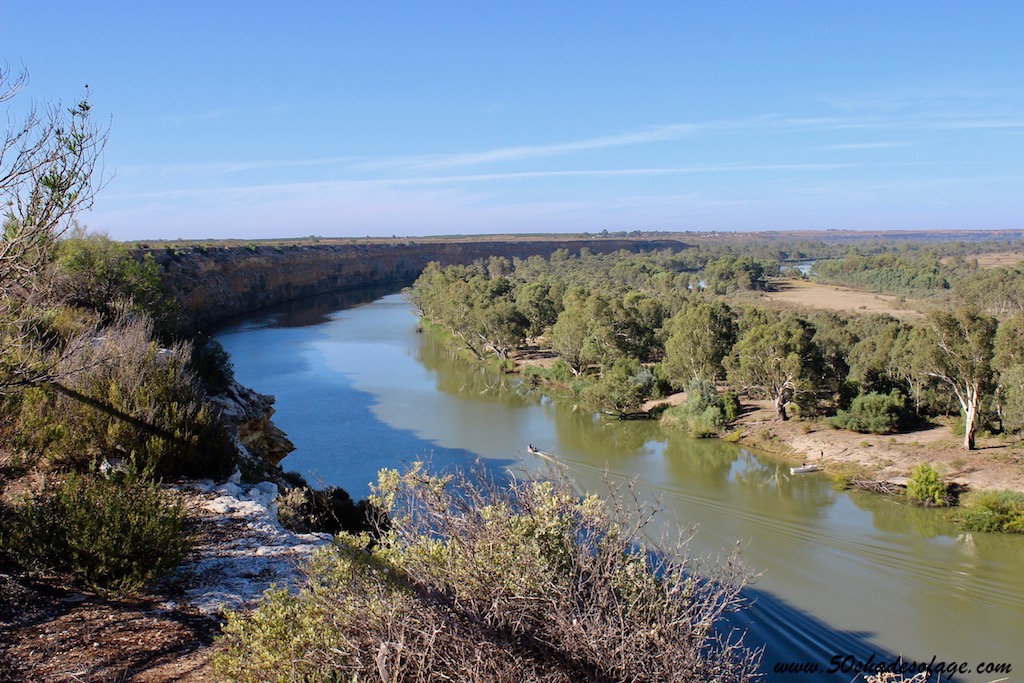 Big Bend’s claim to fame is that it has the tallest cliffs and the longest single bend along the entire length of the Murray River. You simply must see these cliffs to be believe it! There are four lookout points along the road from Swan Reach to Walker Flat to observe the majesty of the cliffs – Big Bend, Len Kroehn’s, Forster and Walker Flat Lookouts. They’re all well sign-posted along the road. 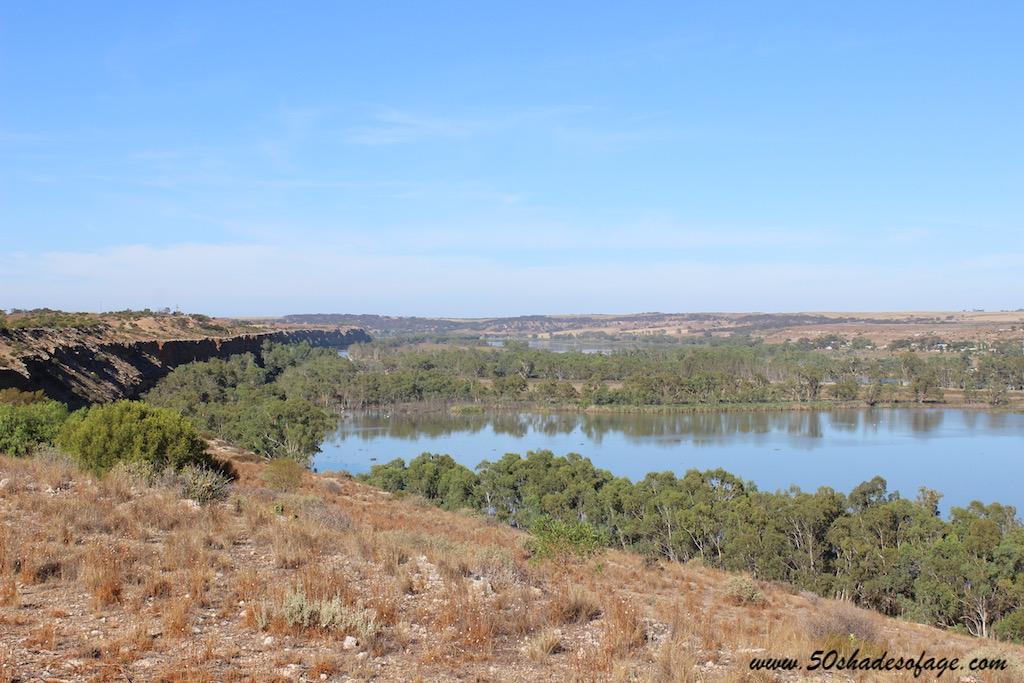 However probably the best way to really appreciate these towering cliffs is to jump aboard a paddlesteamer from the town of Mannum and cruise along the Murray to Big Bend. There are several Mannum cruises available from one hour to overnight. 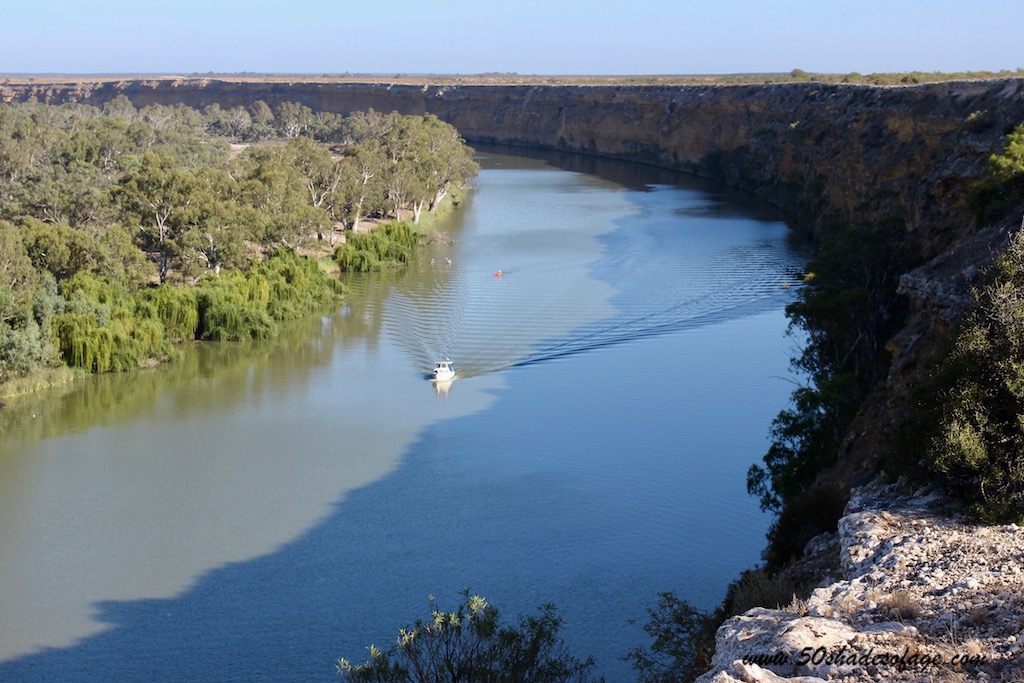 A boat cruising along the Murray at Big Bend

Further along the Murray River Cliffs drive you come to the tiny township of Walker Flat. Here you will observe tall, ochre-coloured cliffs from the superb lookout. 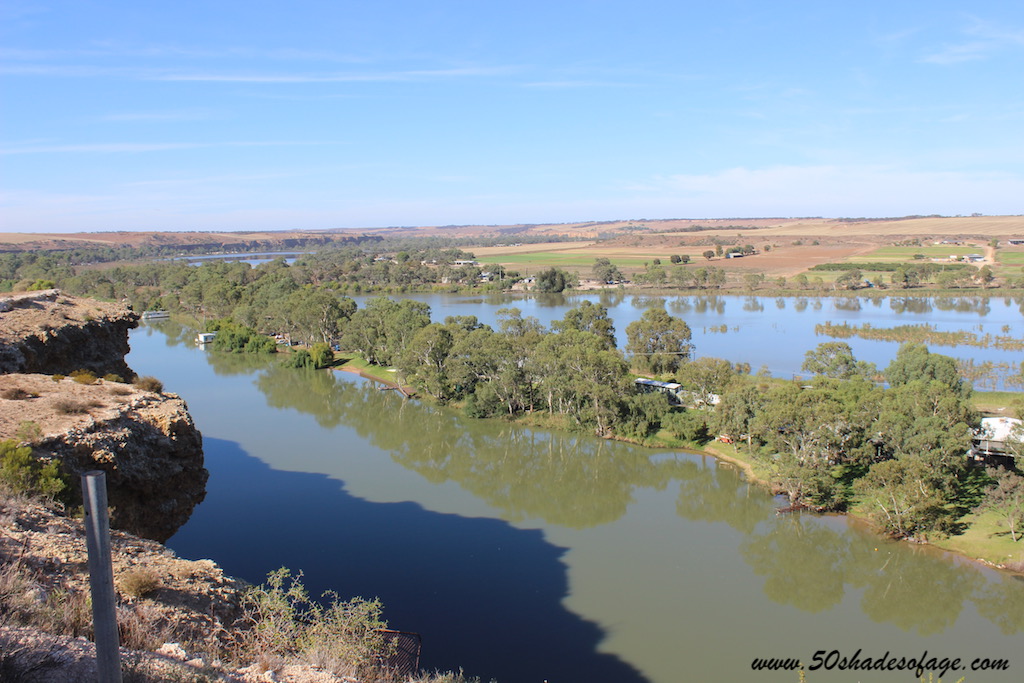 Facilities in the town include a boat ramp, free 24-hour ferry to cross the Murray, a general store, and accommodation on offer. Walker Flat is also a popular mooring spot for houseboats, where you can revel in the iridescent sunsets over the dramatic cliffs. 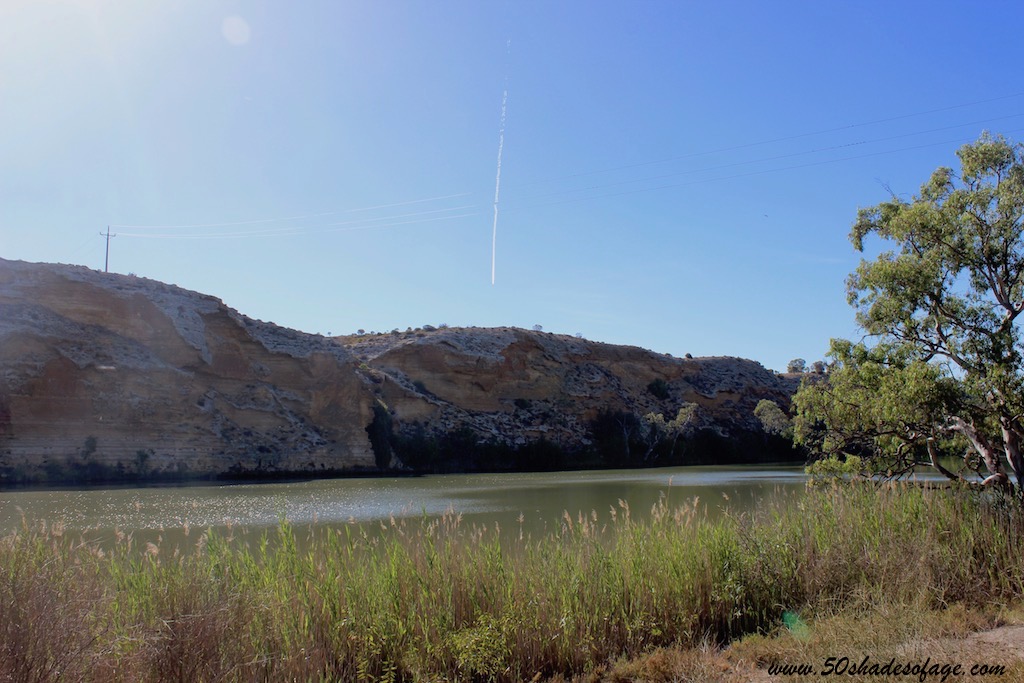 We crossed the river here on the free ferry, and followed the Murray River along with more dramatic scenery unfolding before our eyes. We encountered what looked like everglades on the river with an abundance of birdlife making their home in the reeds. The world renowned Hermann Gass Bird Sanctuary is nestled on the banks of the river near the town of Mannum, with boardwalk viewing and riverside picnic areas. 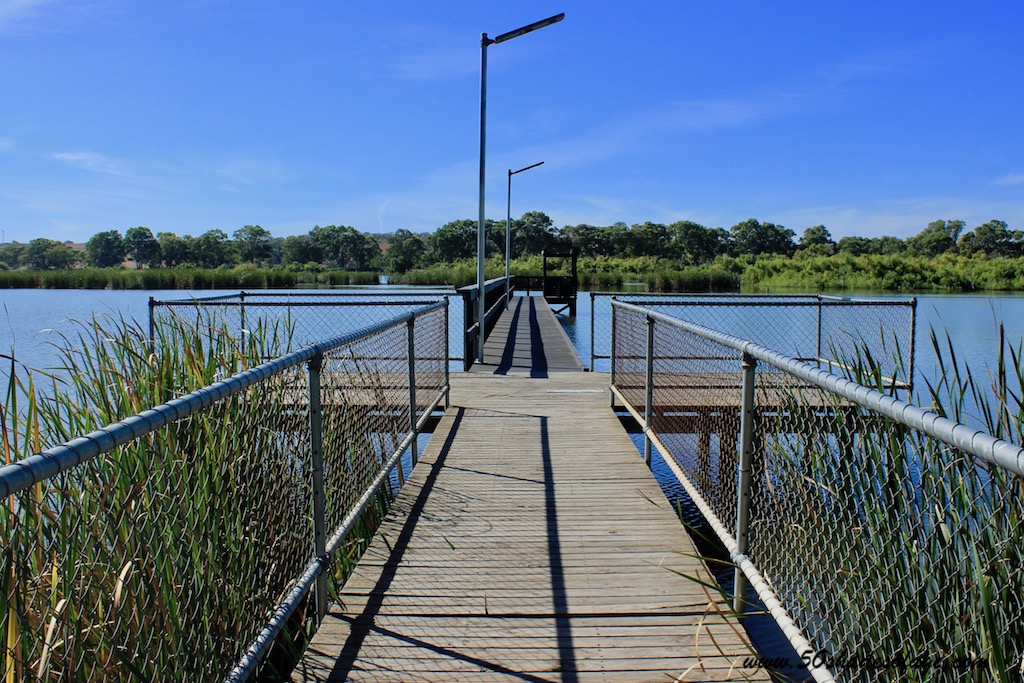 The historic port town of Mannum is the home of the first paddlesteamer on the Murray, the PS Marion, and is certainly the houseboat capital of Australia offering many cruising options. For thousands of years the Mannum district has been home to the Aboriginal community and signs of that history are everywhere. There are Aboriginal canoe trees, ancient stones, burial grounds and collections of shells denoting middens which signify meeting places. 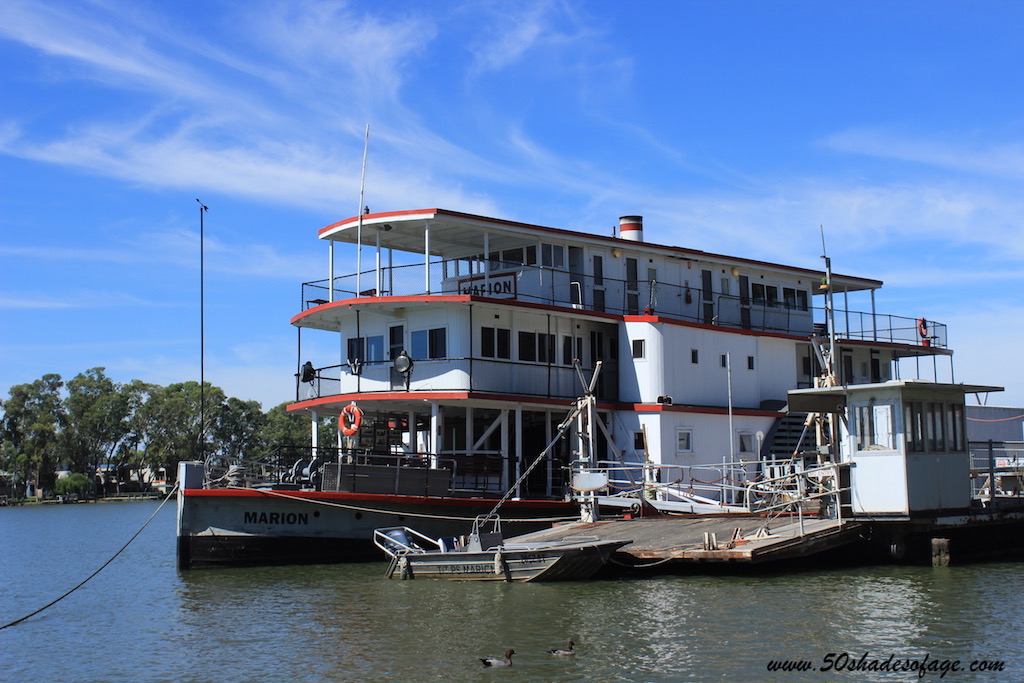 After visiting the Mannum Dock Museum, giving us a river history of the town, we checked out the Paddlesteamer Marion, built in 1900. We grabbed a historic walk map from the Visitor’s Centre and did a loop around the town noting the many historic buildings and points of interest. 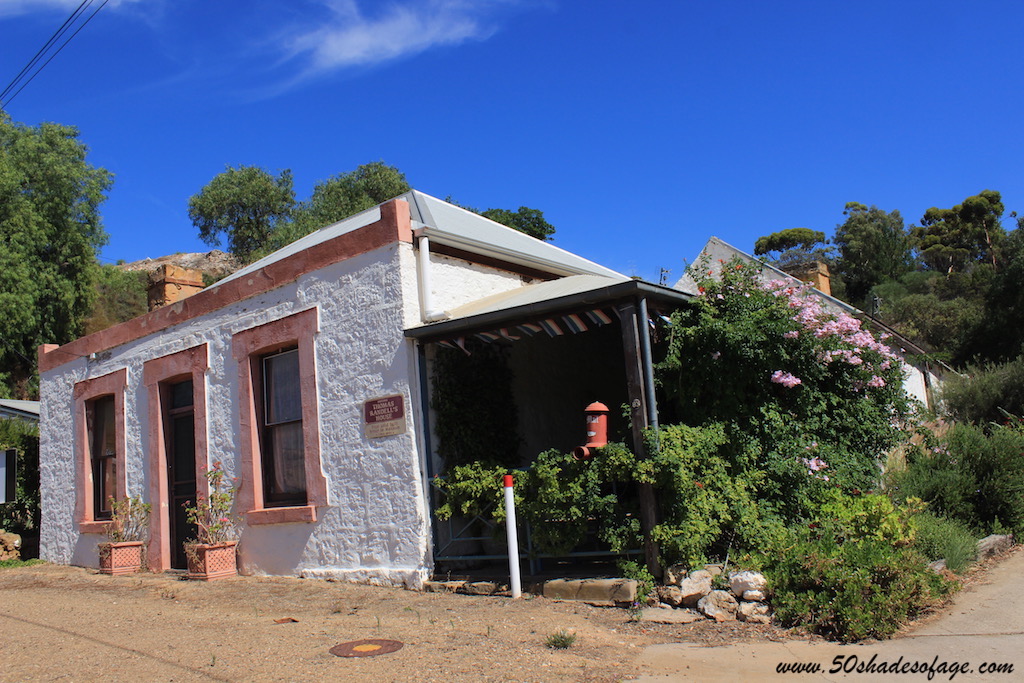 After an hour or so we had walked up an appetite so tried the local freshly baked scones with jam and cream at the Wool Shed Cafe. 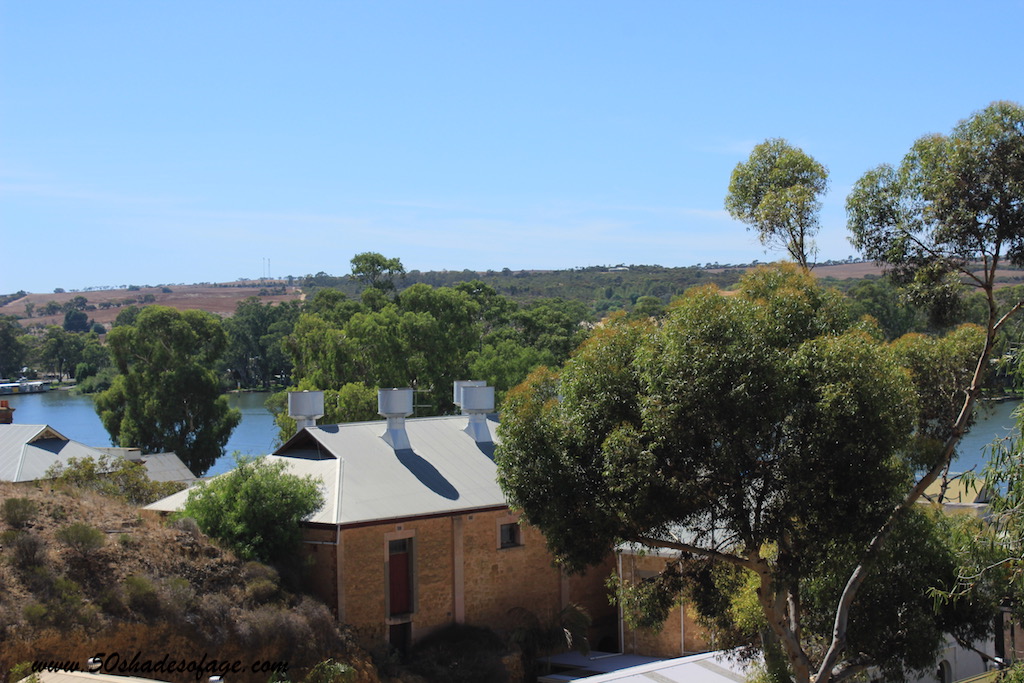 Views over Mannum and the Murray River

We headed 10kms north-west of Mannum to seek out the Mannum Waterfalls, however unfortunately there were was no water cascading over the granite boulder falls due to the lack of recent rainfall. 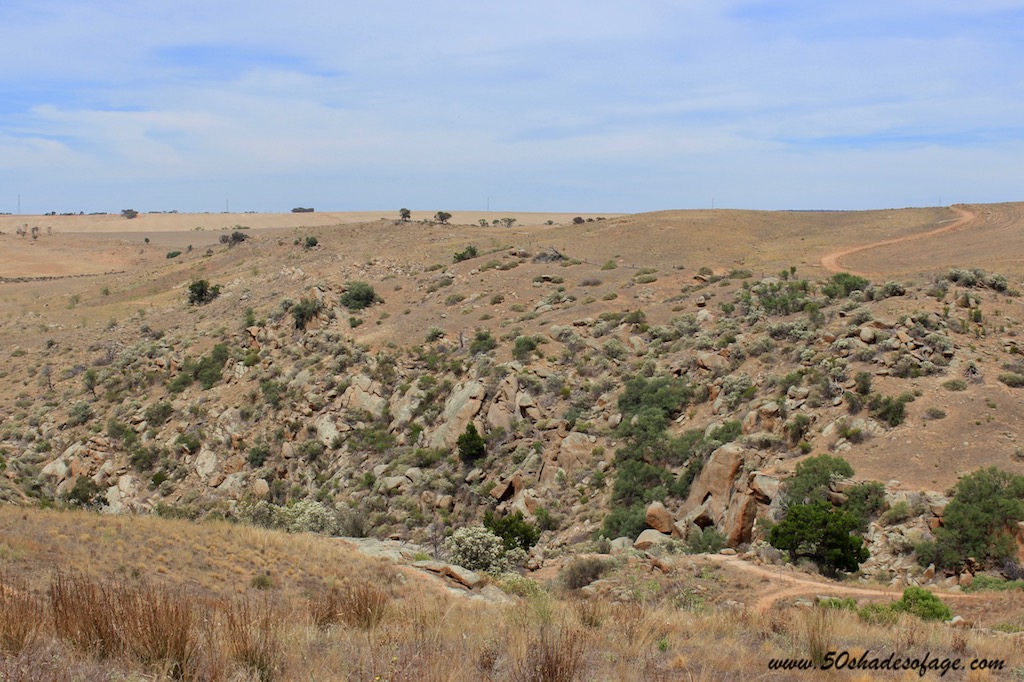 After departing Mannum we travelled the short distance of 33kms to the city of Murray Bridge. The city is the centre of a major agricultural district which is driven by dairy, chicken, pig farming, tomato and snow pea growing. 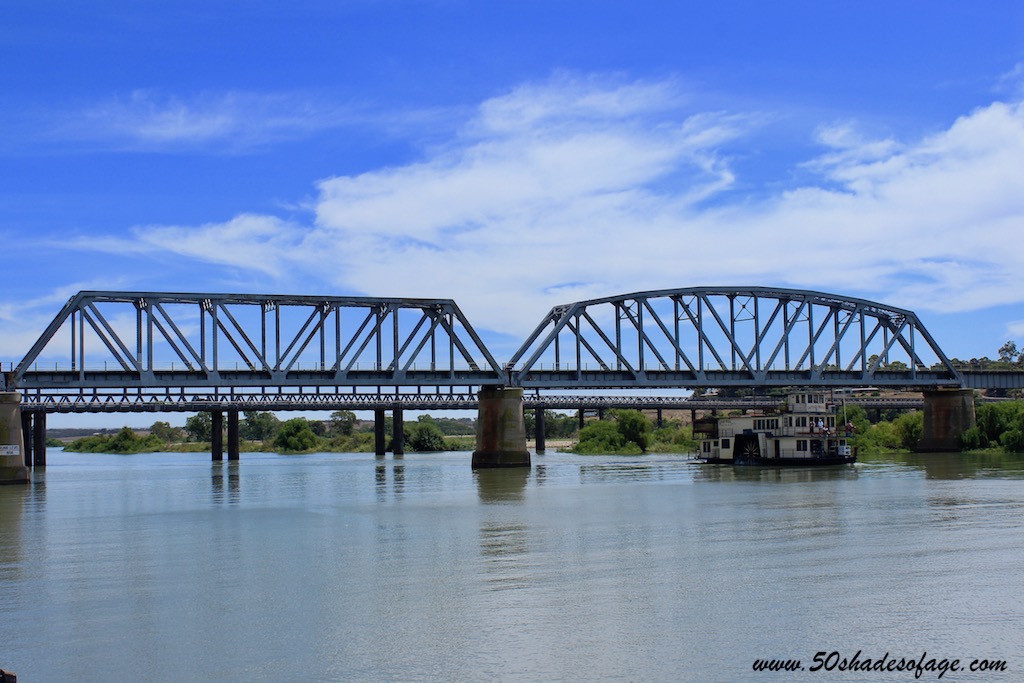 We found our way to Sturt Reserve, a parkland area on the river near the famous railway bridge that crosses the Murray, and probably one of the most recognisable bridges along the river. Here we found you can partake in a range of water sports and activities including swimming, rowing, boating and fishing. We watched a group of Asians reel in Carp after Carp from the river, popping them into a bucket, no doubt to be eaten for dinner! 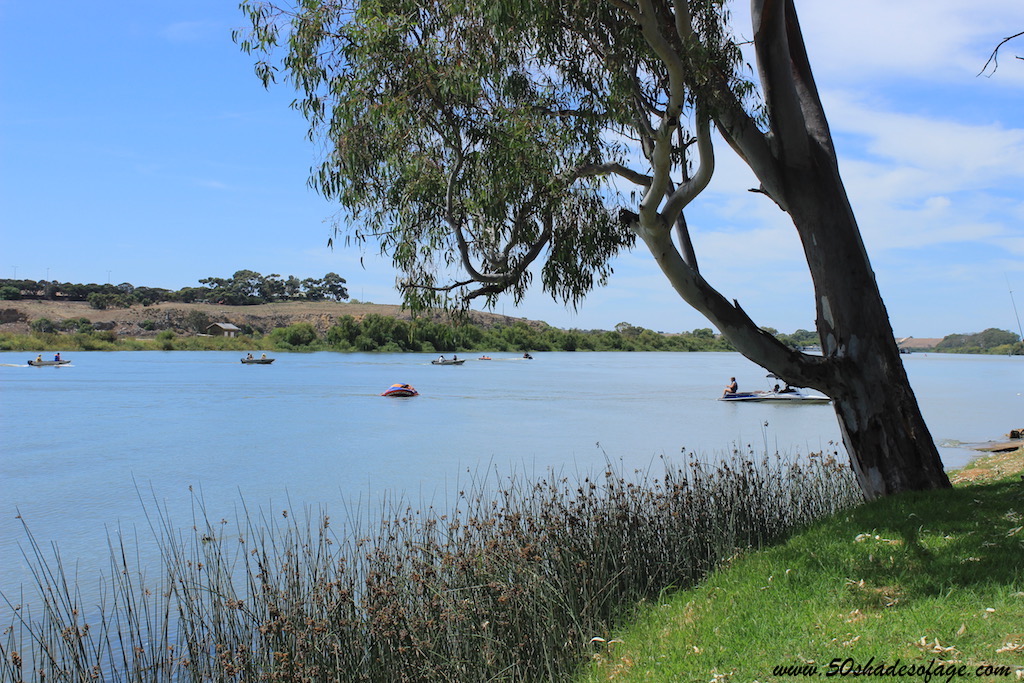 Water sports on the river at Murray Bridge

There is a historic wharf and old steam train display in the reserve and the famous Murray Bridge Bunyip with information panels explaining the historical significance of the bunyip in Murray Bridge and connection to the river. 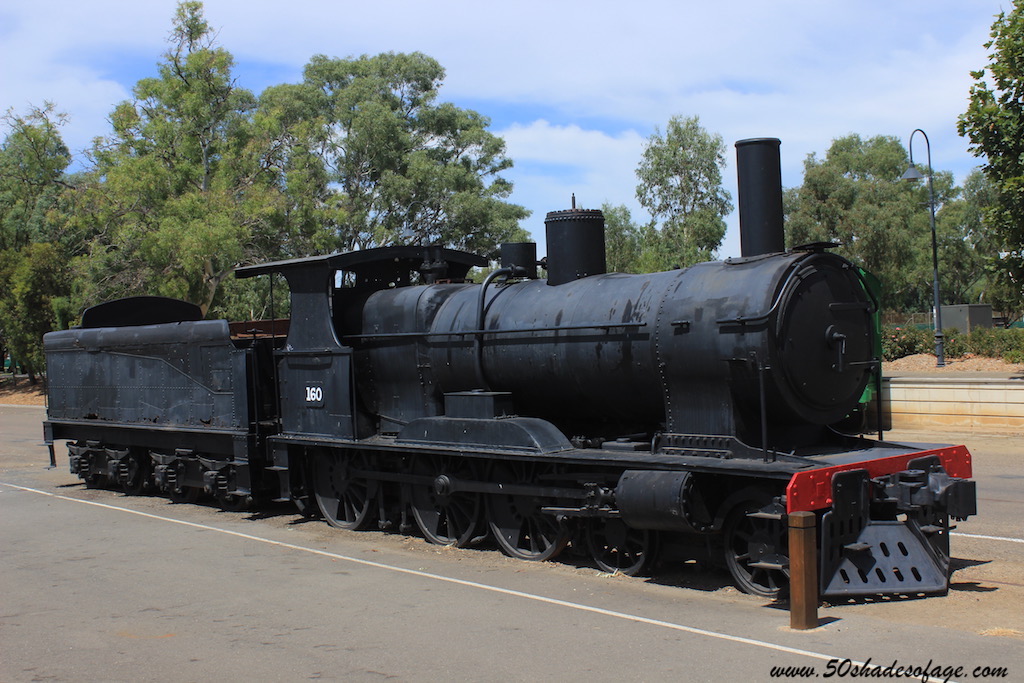 Other things to do in Murray Bridge include cruising on historic paddlesteamers – PS Captain Proud or Proud Mary, or a visit to the new open-range zoo and breeding ground for arid and grassland animals – Monarto Zoological Park.

After a whistle stop visit to Murray Bridge we kept tracing the Murray River via Tailem Bend, Wellington, where there was another river ferry crossing, until we reached Milang located on the glorious Lake Alexandrina. 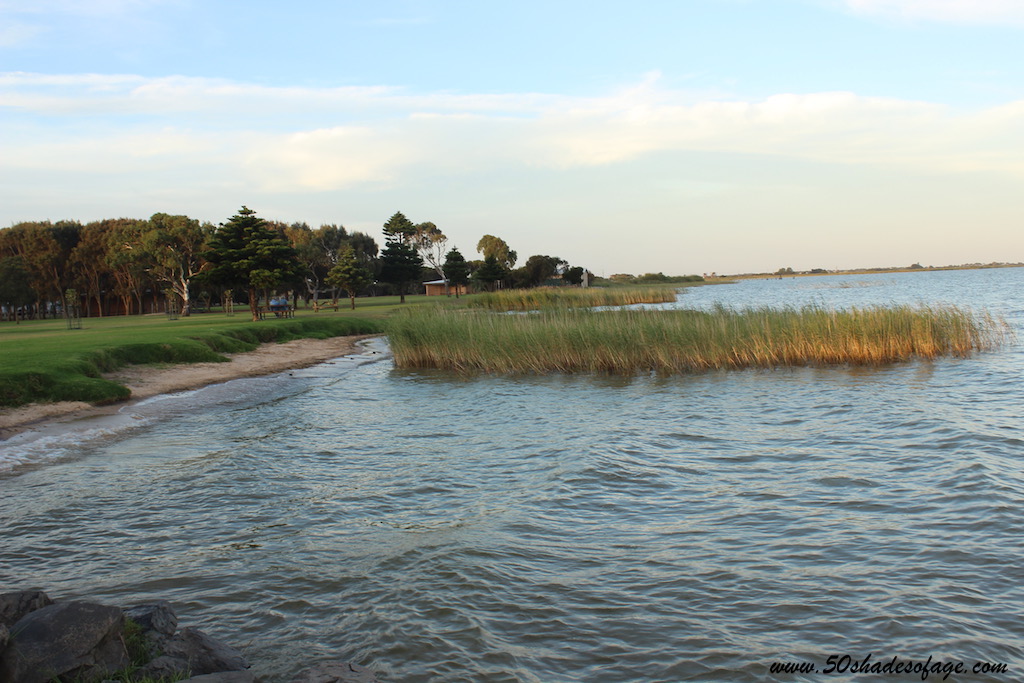 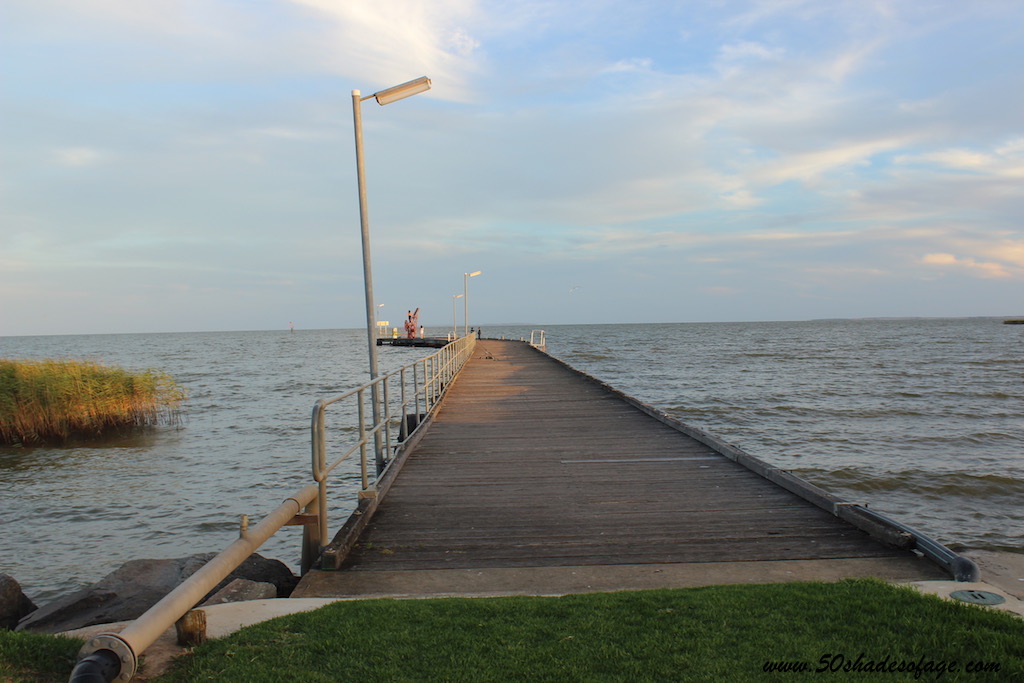 The lakeside town of Milang was once the largest inland port in South Australia, providing a busy trade and produce hub for road transport to Melbourne. We spent a night here in the caravan park adjacent to the shores of the immense lake. 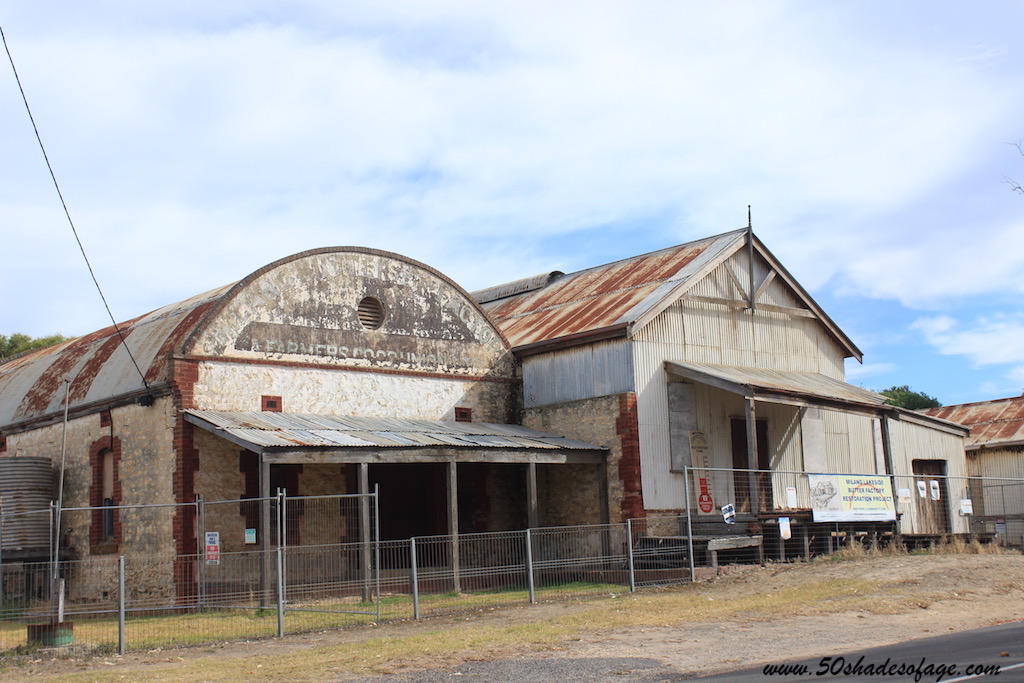 The next morning we set off to explore the town with its many charming old buildings, including a restored railway station, workmen’s shacks on the foreshore and a beautiful park. It is also surrounded by a few wineries in the Langhorne Creek area which are worth a visit. 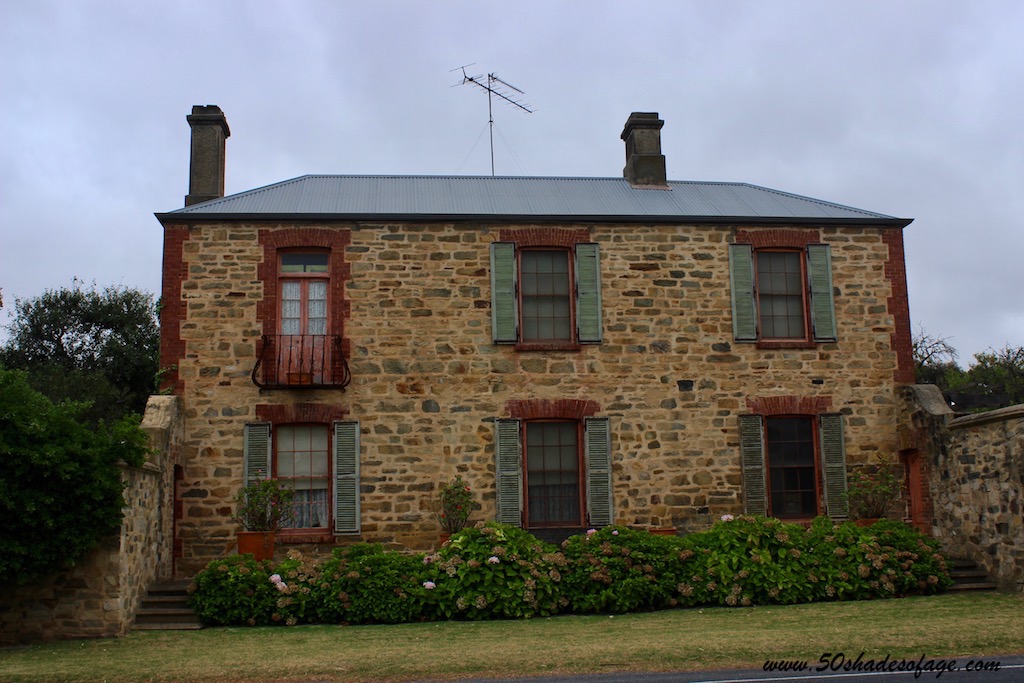 We arrived in Goolwa mid morning and although we’d been here before we found this town at the centre of where the Murray River reaches the Southern Ocean, to be absolutely charming.  Goolwa was once a thriving river port which is evidenced with its large wharf precinct and was the end of our journey along the Murray River. 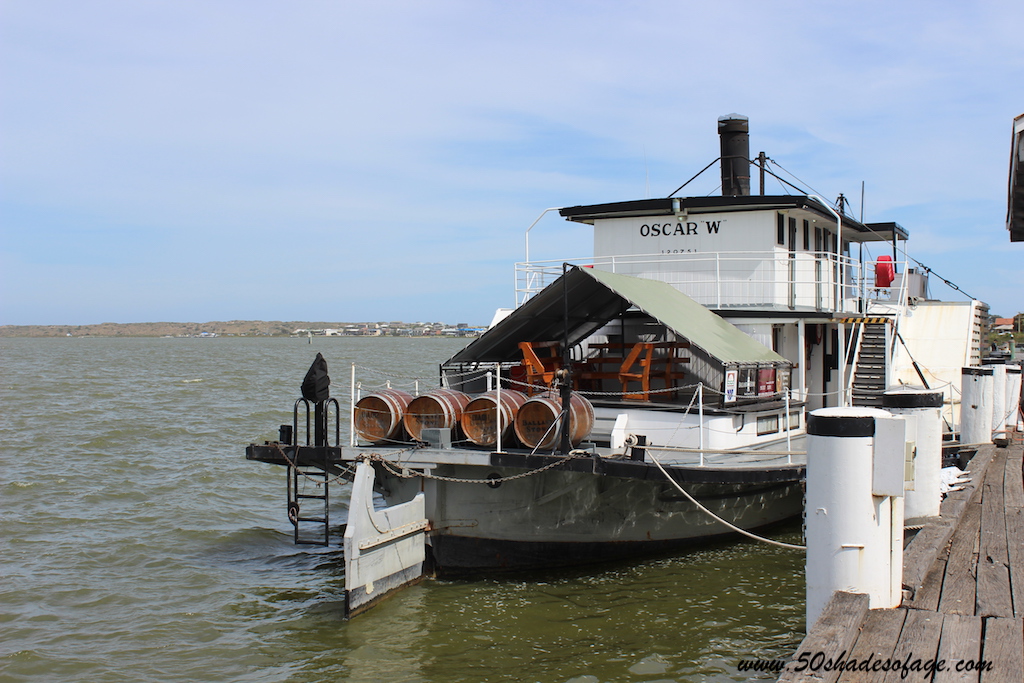 The town still has many historical features, but its present day life is as a busy regional centre with great pubs, a micro-brewery, restaurants and cafes and shopping. 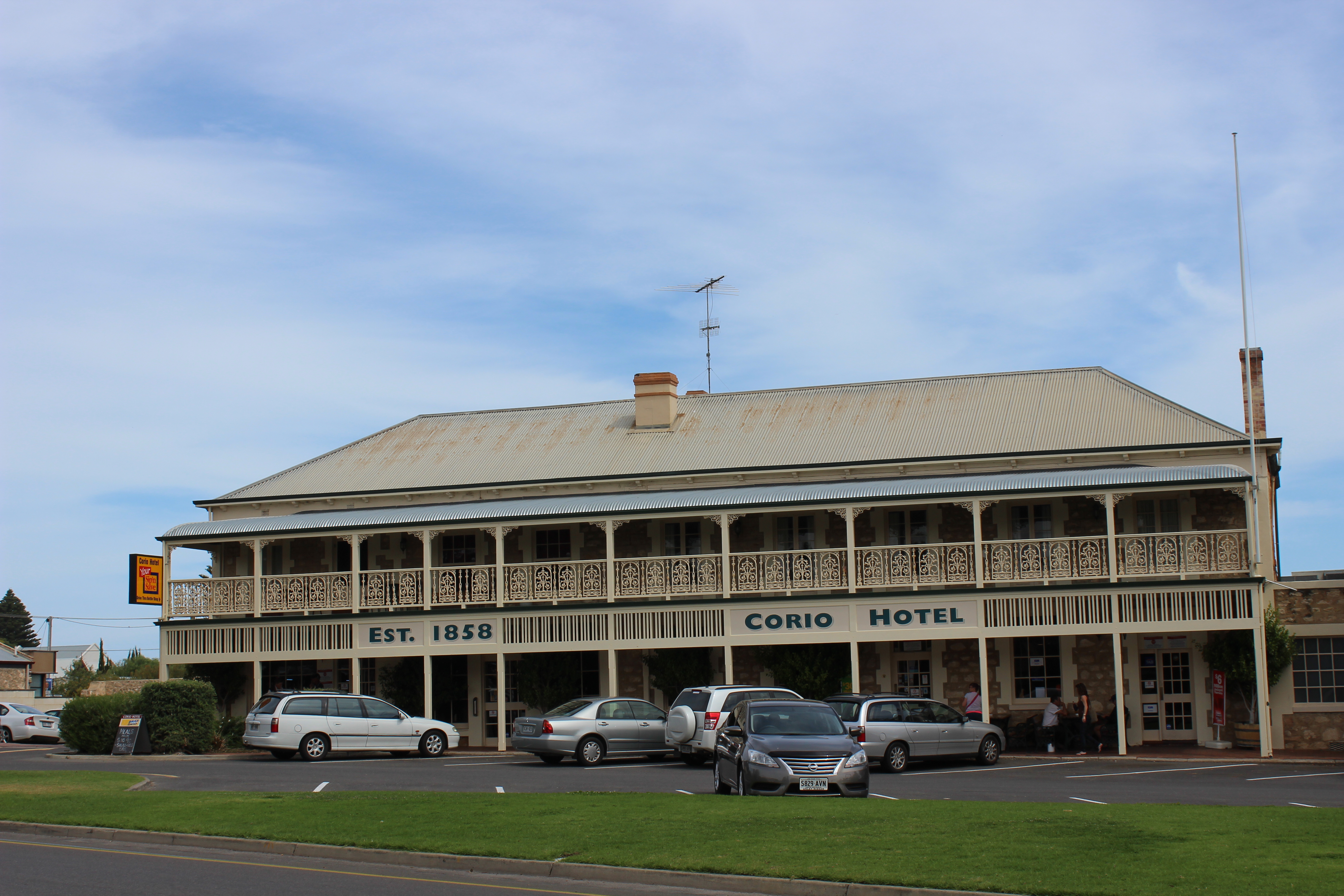 A great way to discover this remarkable region and experience the Murray Mouth is on an eco-cruise from the Goolwa Wharf that takes you across the Murray Mouth into the Coorong National Park.  Alternatively you can get aboard the luxurious ‘Spirit of the Murray’ boat that cruises upstream to Clayton and past Point Sturt into Lake Alexandrina, returning back via the Murray River. 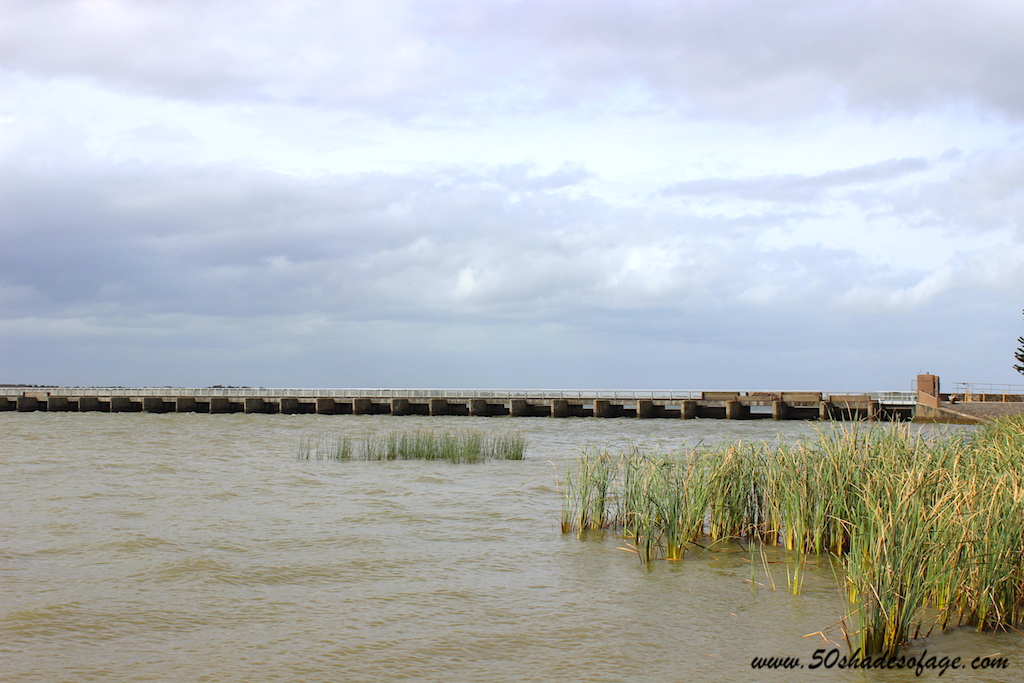 The Barrages at Goolwa

It was sad to say goodbye to the Murray River at the end of our journey. In addition to the mighty Murray bringing back very warm childhood memories, I found her history and existence was so paramount to the pioneers of these parts of Australia. She is a grand old lady and I hope she continues to give life to the vast lands that she ambles through. On this epic journey I learnt that we need to care for our rivers and waterways as they are so crucial to the environment, the agriculture and the flora and fauna of our great country.

Spread the love
Discover Murray RiverGoolwaLake AlexandrinaMannumMilangMurray BridgeMurray RiverTravel South Australia
By 50 Shades, April 2, 2018 Kathy was a 50 something year old when she started up this blog 6 years ago, but has since turned over another decade and is now in her early 60s. She is married with two adult children and lives on the Tweed Coast of New South Wales, Australia. Kathy enjoys living life to the fullest and loves to keep fit and active by maintaining a healthy diet and exercising regularly. Some of her interests include reading, photography, travelling, cooking and blogging! Kathy works part-time as a freelance writer but her real passion is travelling and photographing brilliant destinations both within Australia and overseas and writing about it.