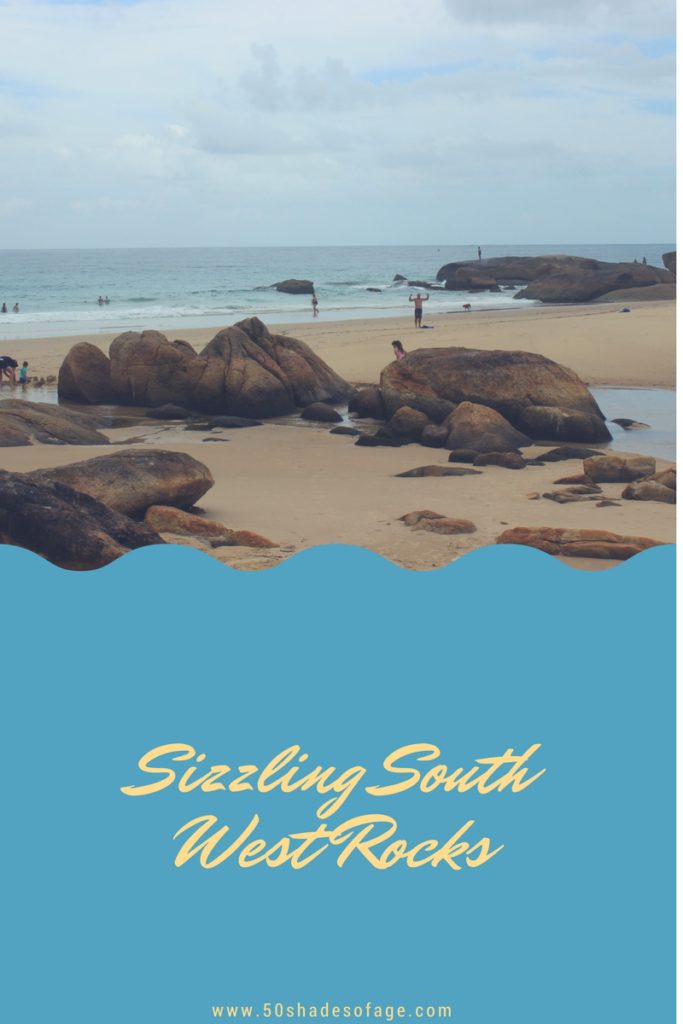 Another blast from the past for us was the Mid North Coast of New South Wales, seaside holiday town, called South West Rocks. Located near the mouth of the Macleay River, it’s approximately 40 km from Kempsey. Sizzling South West Rocks boasts a bounty of fabulous natural attractions, such as gorgeous beaches, spectacular national parks and one of Australia’s tallest lighthouses, too.

It is said that South West Rocks most likely got its name from the captains of passing ships, who claimed it was safest to moor vessels near the rocks, south west of Laggers Point (the point on which Trial Bay Gaol is built). Another theory is that their moorings would be safe if they kept the rocks to their south west. 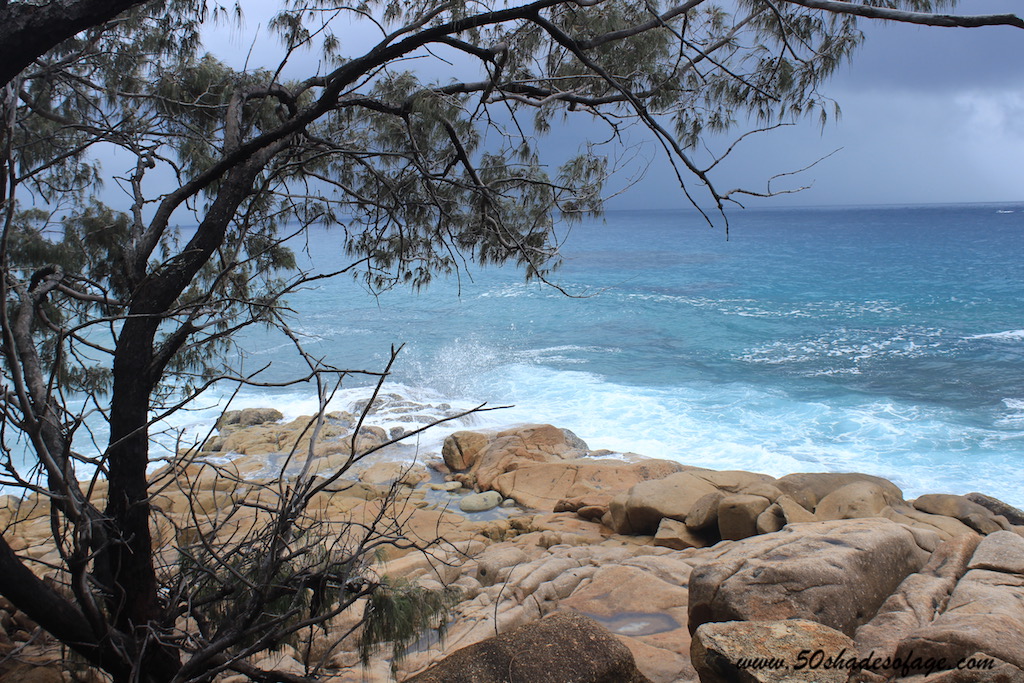 Horseshoe Bay
The most popular beach with locals and visitors alike, Horseshoe Bay is located in the centre of town and is a safe sheltered cove to swim in. There is a great caravan park that overlooks the bay where we spent a couple Christmas holidays with our kids. The bay adjoins a grassy headland to picnic on or enjoy the views, with a 180 degree view from the mountains to Trial Bay. 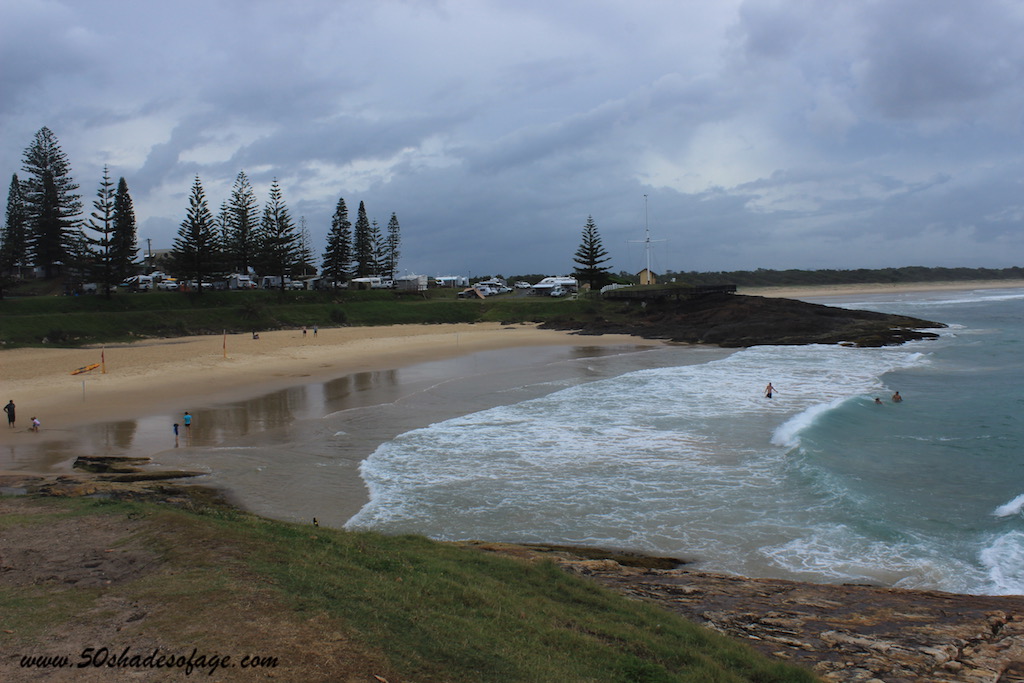 Front Beach/Main Beach
Located on the southern side of the headland, Front Beach is a long, sandy beach perfect for those lazy walks on a hot day. Main Beach stretches 3.5km around to Trial Bay and offers tranquil swimming opportunities where you can space yourself out from the crowds. There is a patrolled section of beach near the rocks on the northern end of the beach. 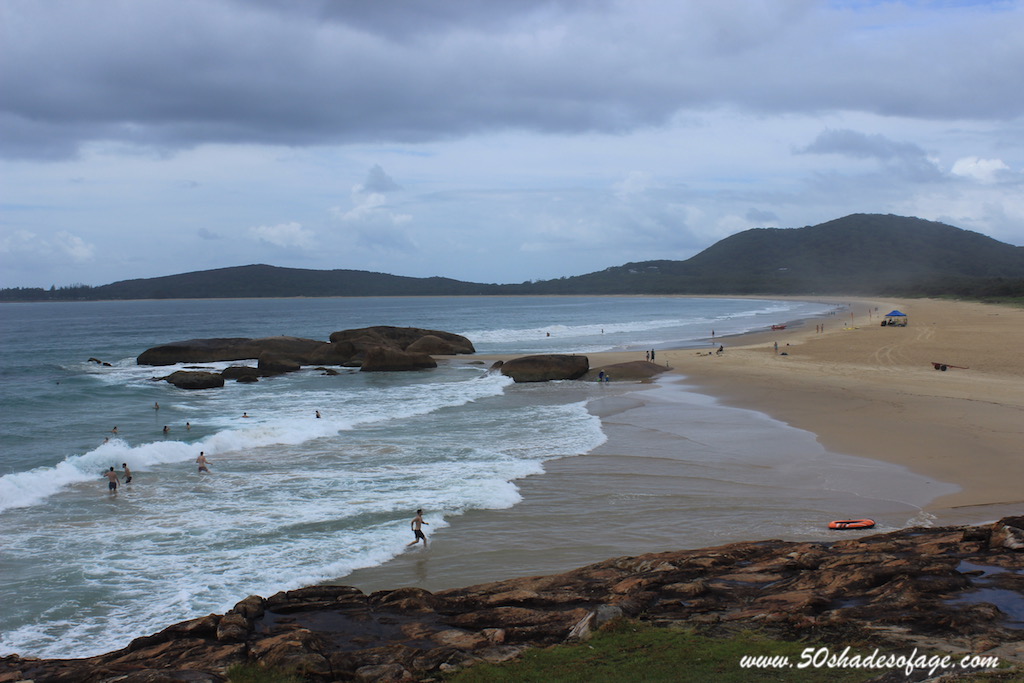 In 1972, a Sydney Harbour showboat, Sydney Queen, was wrecked on the Main Beach after breaking free from their moorings in heavy storms. Known to the locals as “The Wrecks” you can still see some of the ship embedded into the sand on the beach. This part of the beach is dog friendly and an off-leash area for them to run free. 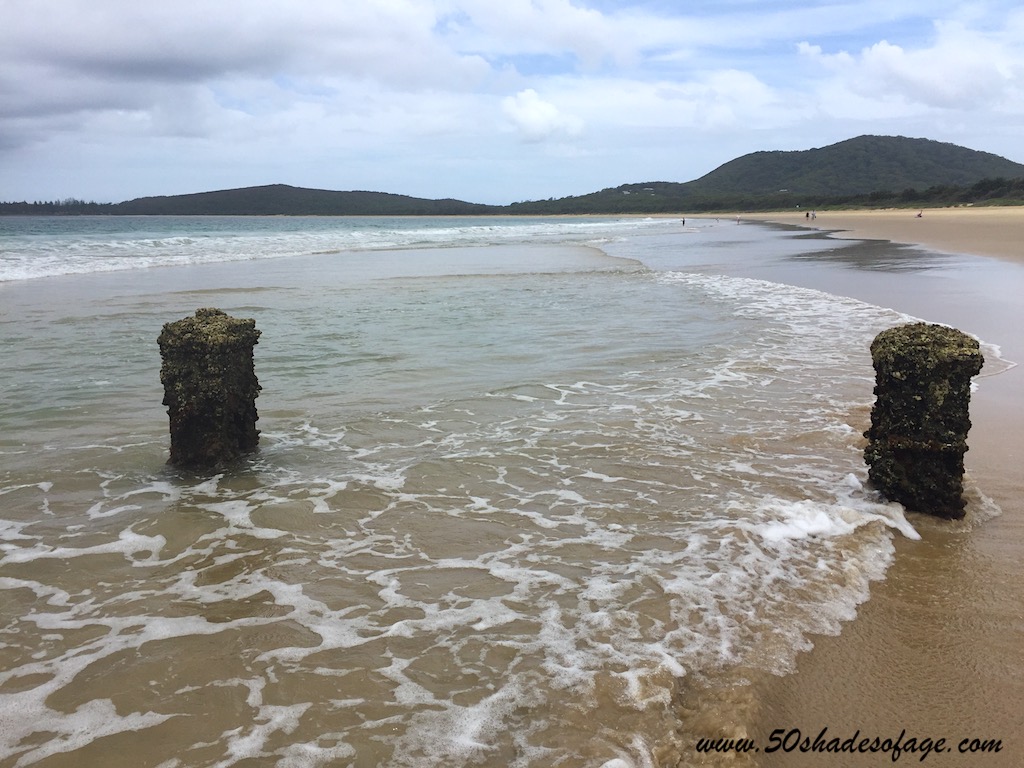 The Wrecks on Main Beach

Trial Bay
Trial Bay is a sheltered bay protected from the swell by a purpose built break wall. Home of the famous Trial Bay Gaol, Trial Bay was named after the brig called The Trial, which was stolen and wrecked by convicts in 1816 in the bay that now bears its name. 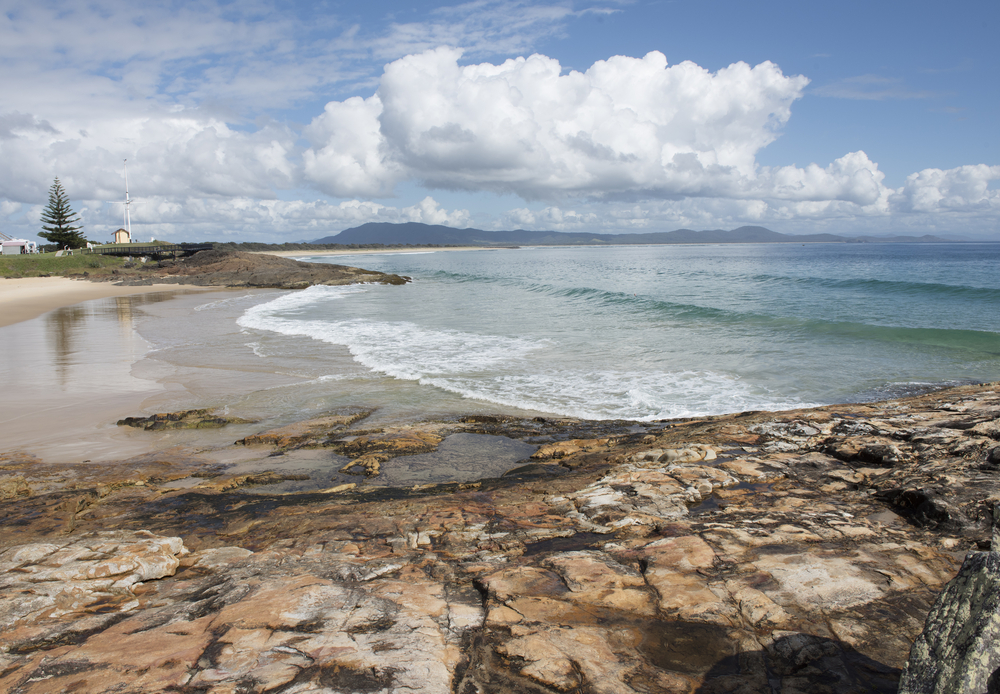 Gap Beach
This secluded little beach is accessed from Captain Cook’s Lookout at Smoky Cape. It’s truly worth the short rainforest walk to this beach as you can pretty much have it to yourselves for a romantic stroll along the beach, to swim, fish and surf. 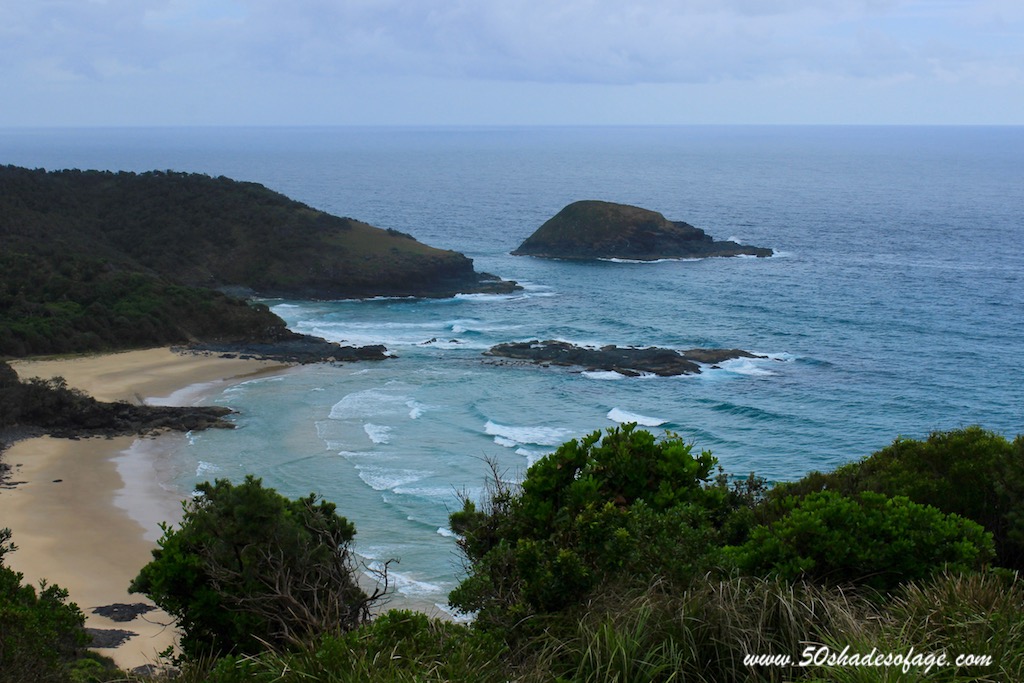 If you’re into bushwalking and uncrowded beaches they are plentiful in Arakoon National Park and Hat Head National Park, near South West Rocks. 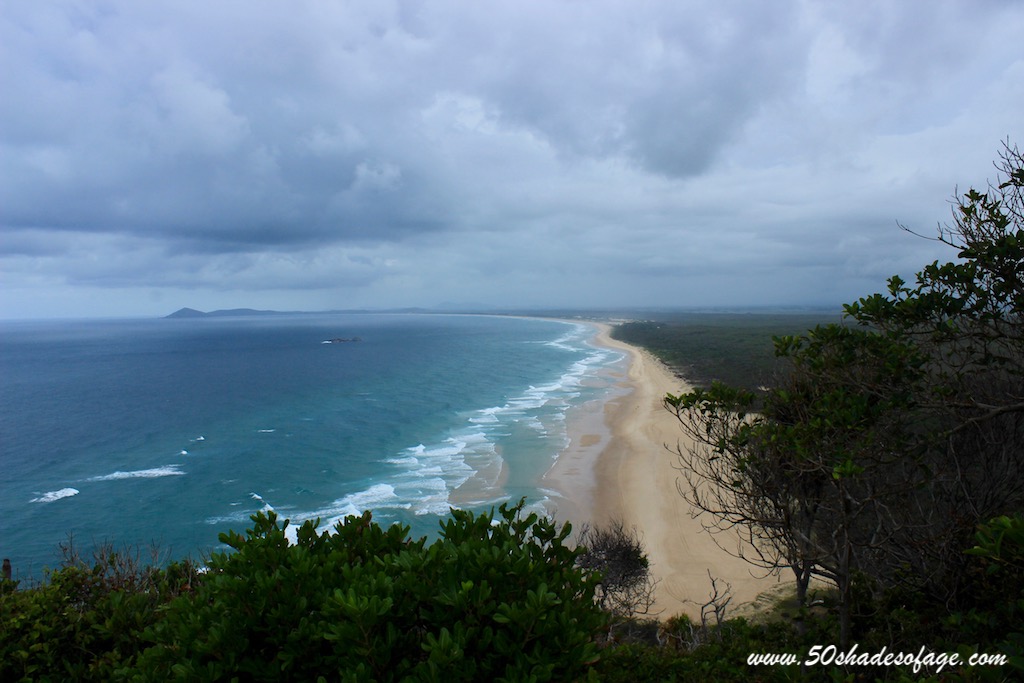 A short drive from Trial Bay we visited the Smoky Cape Lighthouse, one of the oldest and tallest lighthouses in Australia. Smoky Cape is a great vantage point for whale watching between May and November. The Smoky Cape walking track begins at Captain Cook’s lookout and meanders through one of Australia’s largest remnant littoral rainforest, home to wallabies and swallow-tailed butterflies. 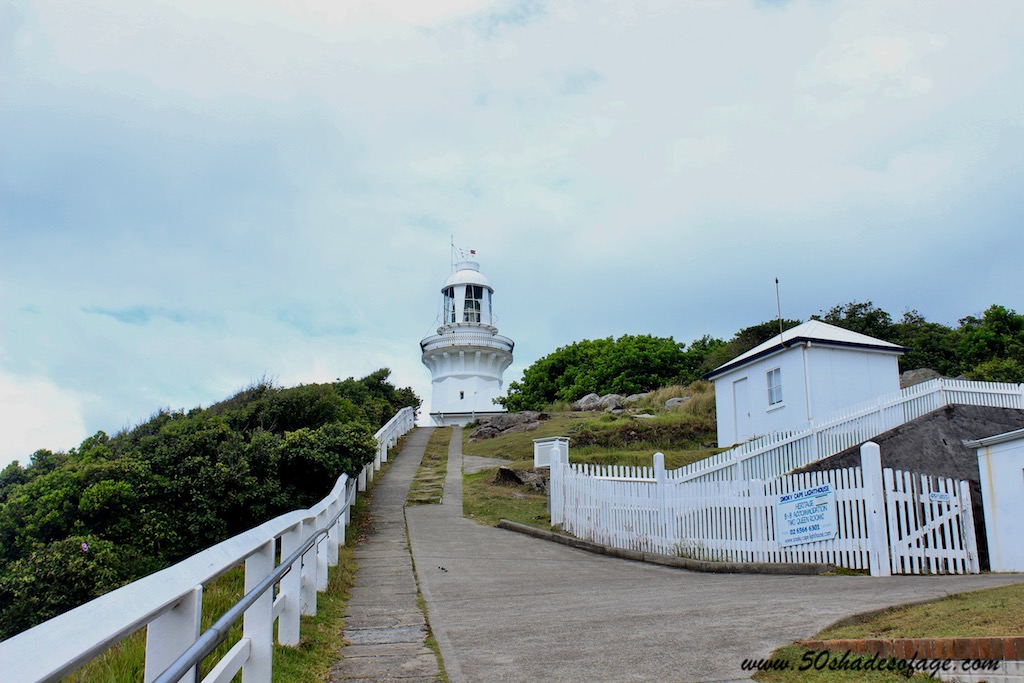 South West Rocks covets a rich heritage with the historic ruins of Trial Bay Gaol strategically located on the cliffs above the sea. Taking 13 years to build, the gaol opened in 1886 and was an internment camp in the First World War for people of German descent living in Australia. 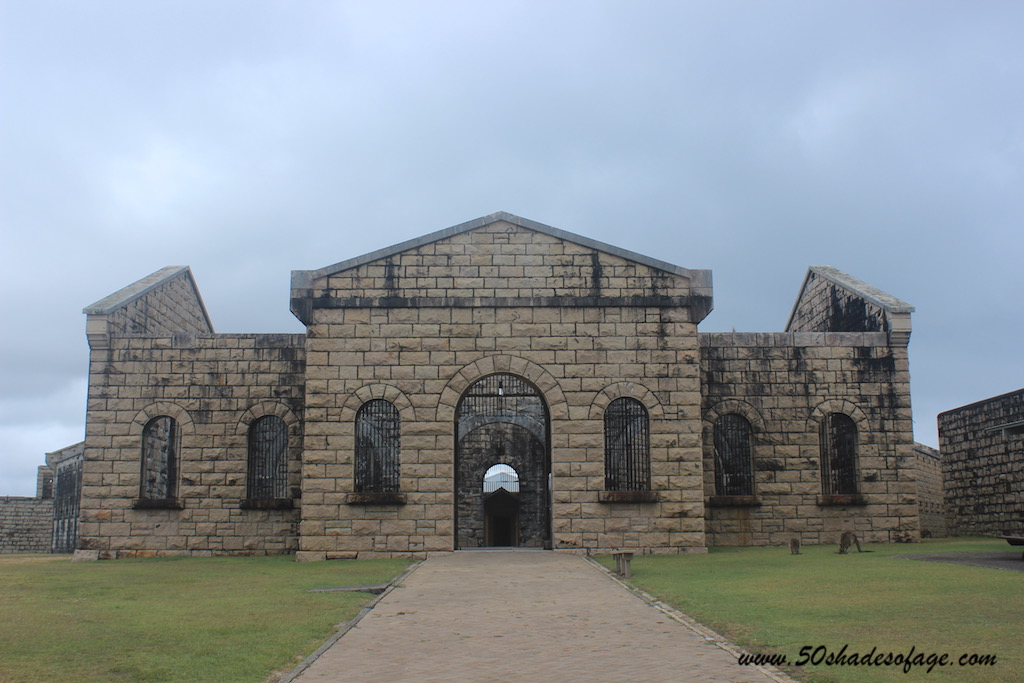 The gaol is open to the public for a small admission fee and is worthwhile visiting, even if it is to photograph the scenic old ruins and the kangaroos that graze on the lawns surrounding the gaol. The historic ruin stand as a testament to those who lived and died here, with a museum and memorial for visitors to get a better idea of life in those days. 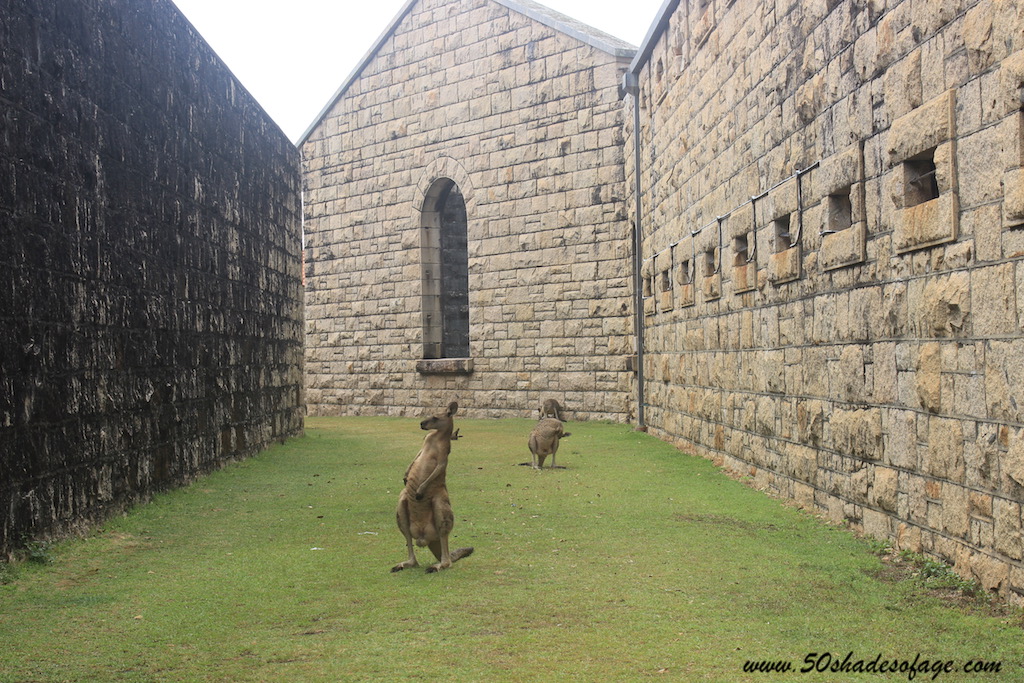 A kangaroo striking a pose at Trial Bay Gaol ruins

There are heaps of places to camp in South West Rocks and Trial Bay. We stayed at Ingenia Holiday Park on the Macleay River, only a short walking distance into town. When our kids were young we stayed at Horseshoe Bay Holiday Park that is ideally located on the rise overlooking the safe little bay. 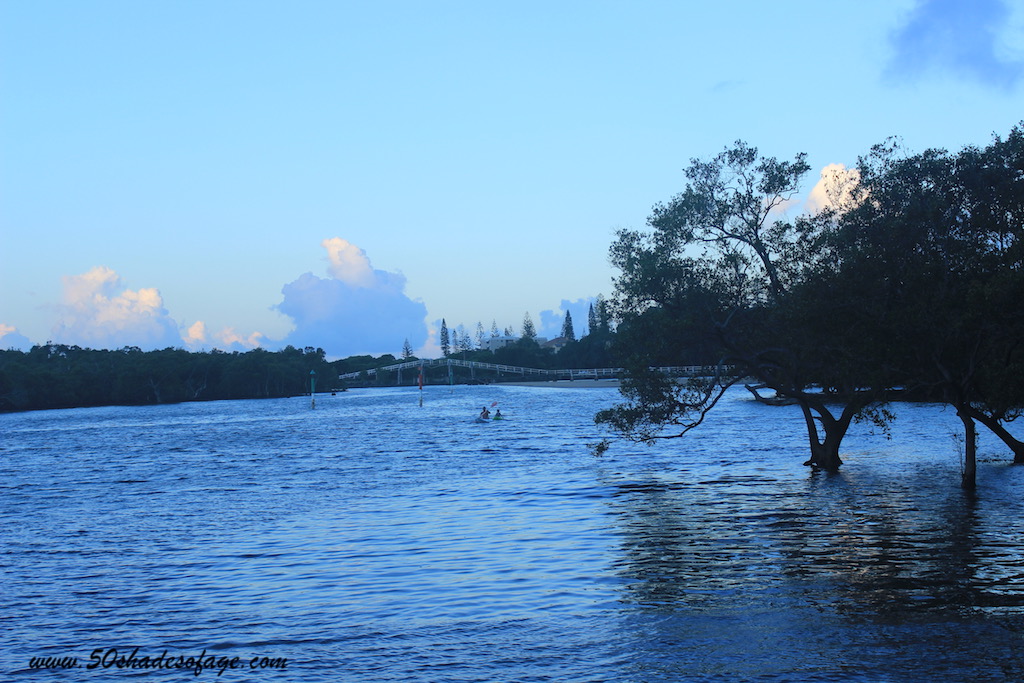 Caravan Park on the Macleay River

Trial Bay Gaol campground is right by the beach and perfect for a family camping holiday. However it is located within a national park so isn’t pet friendly.

South West Rocks is a fabulous little seaside holiday town. What I love the most about it is the pine tree clad, grassy headland where you can simply sit and take in the views to either Horseshoe Bay or Main Beach. You can even grab a snack at the conveniently located kiosk on the headland and sit on the grass or one of the picnic tables. But otherwise the mystery and intrigue of Trial Bay Gaol ruins is a big drawcard.

Spread the love
Hat Head National ParkMacleay RiverSmoky CapeSouth West RocksTravel NSWTrial Bay Gaol
By 50 Shades, February 5, 2018 Kathy was a 50 something year old when she started up this blog 6 years ago, but has since turned over another decade and is now in her early 60s. She is married with two adult children and lives on the Tweed Coast of New South Wales, Australia. Kathy enjoys living life to the fullest and loves to keep fit and active by maintaining a healthy diet and exercising regularly. Some of her interests include reading, photography, travelling, cooking and blogging! Kathy works part-time as a freelance writer but her real passion is travelling and photographing brilliant destinations both within Australia and overseas and writing about it.