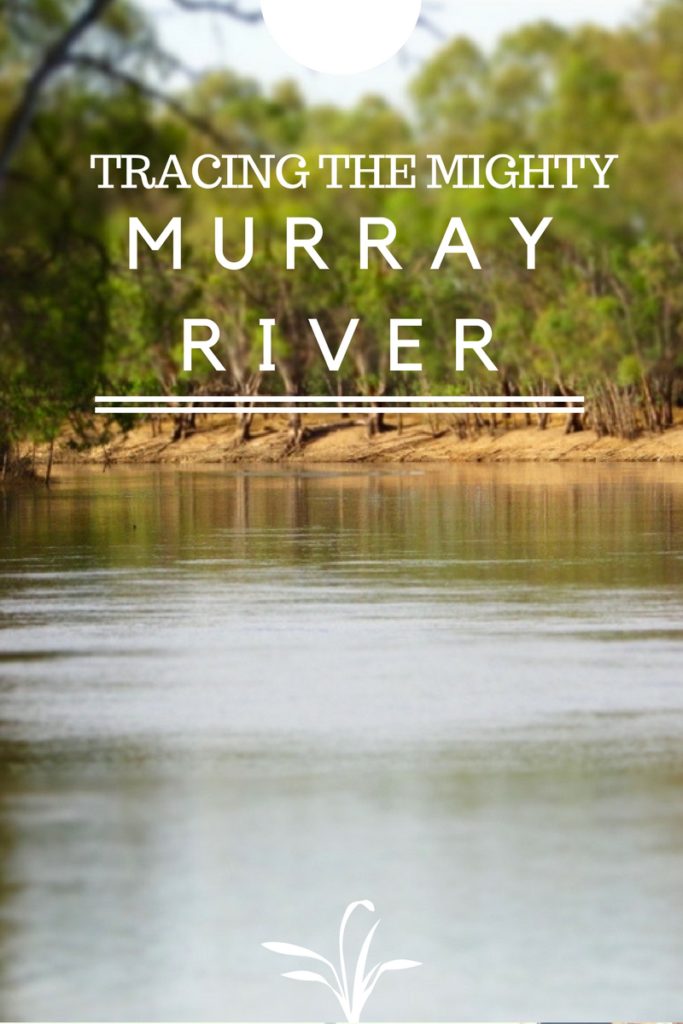 For us 2018 is going to be a quieter year travel-wise as we have other big events happening here at home during the year. However in saying that we are still managing to get away in our caravan for around six weeks of travel tracing the mighty Murray River. We intend heading south to the source of the Murray River, not high in the Australian Alps at Mount Kosciuszko where it is a mere stream, but further down at Albury/Wodonga.

The 2756km long Murray River journeys across the Australian continent forming the border between New South Wales and Victoria, where it is joined by several other rivers including the Mitta Mitta, Ovens, Goulburn, Campaspe, Loddon, Murrumbidgee and the Darling Rivers. This mighty river twists and turns on its westward journey, until it meets the Southern Ocean, in Goolwa,  South Australia. 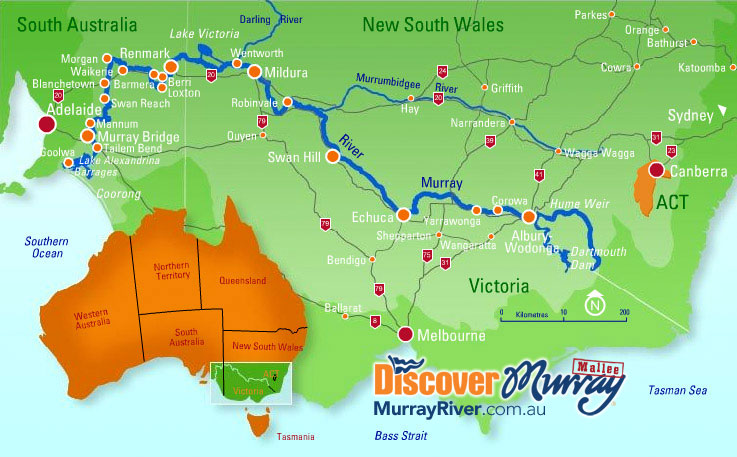 From the Queensland/NSW border we will drive south down the Pacific Coast, past Sydney. When we reach Ulladulla on the South Coast of New South Wales we will head west to Goulburn on the Hume Highway and then south towards the Victorian border, Murray River and Albury/Wodonga. Once we hit the Murray River our intended itinerary will be something like this: 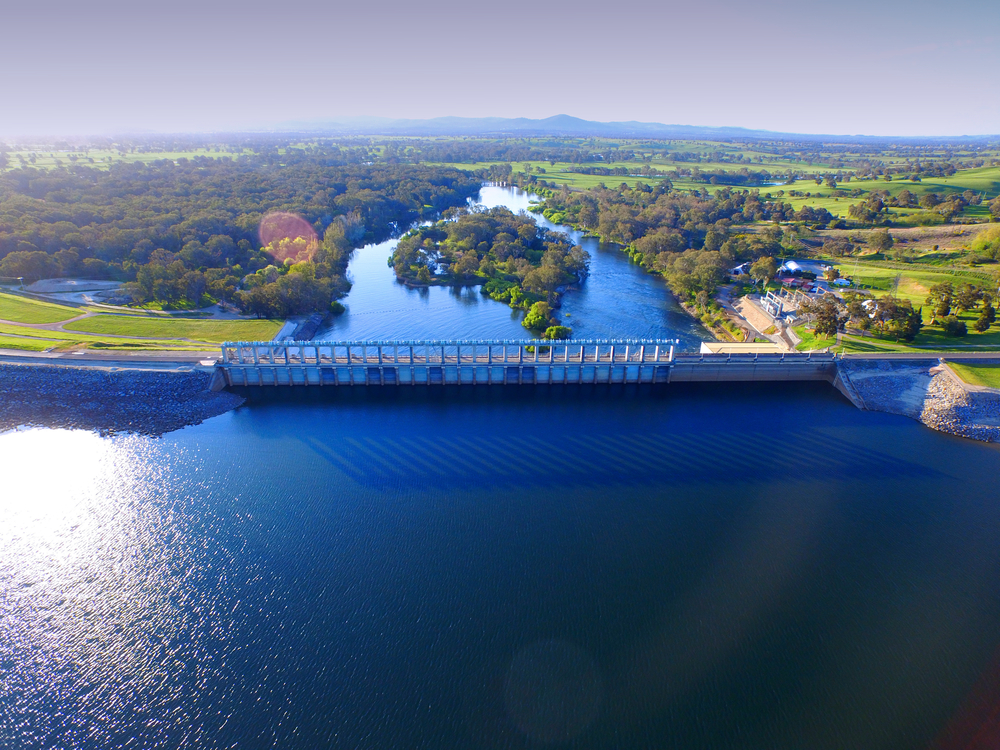 Visit the Federation Museum in Corowa, the Corowa Whisky & Chocolate Factory and the wineries across the river at Rutherglen. 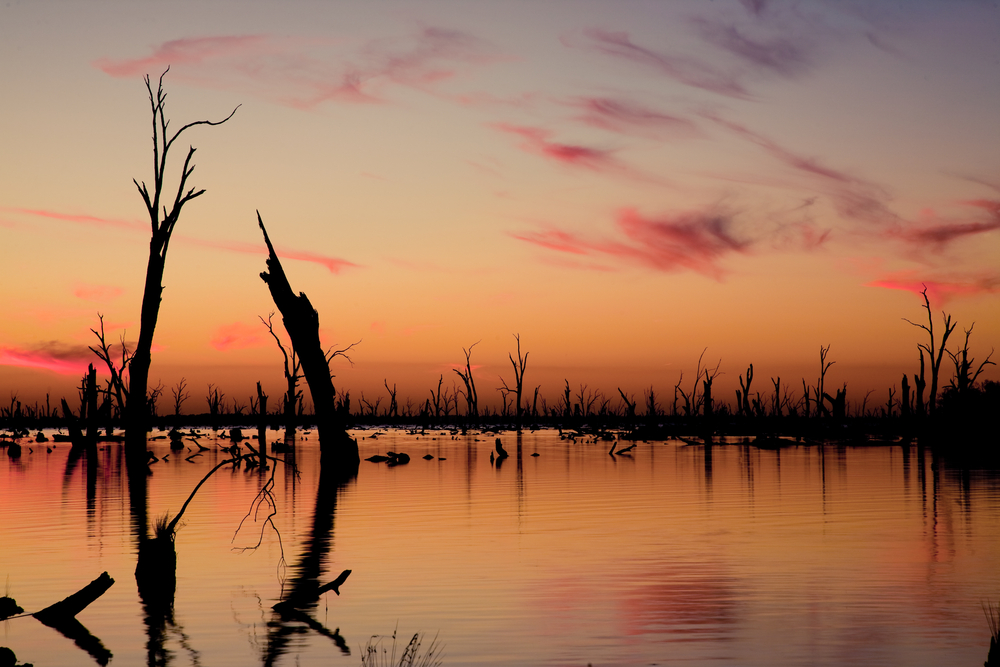 Lake Mulwala at Sunset near Yarrawonga

Must sees in the area are Lake Mulwala and Yarrawonga Mulwala Pioneer Museum.

Must sees in the area are the Barmah National Park and Wetlands, Tocumwal Aerodrome Museum and Chrysties Museum. 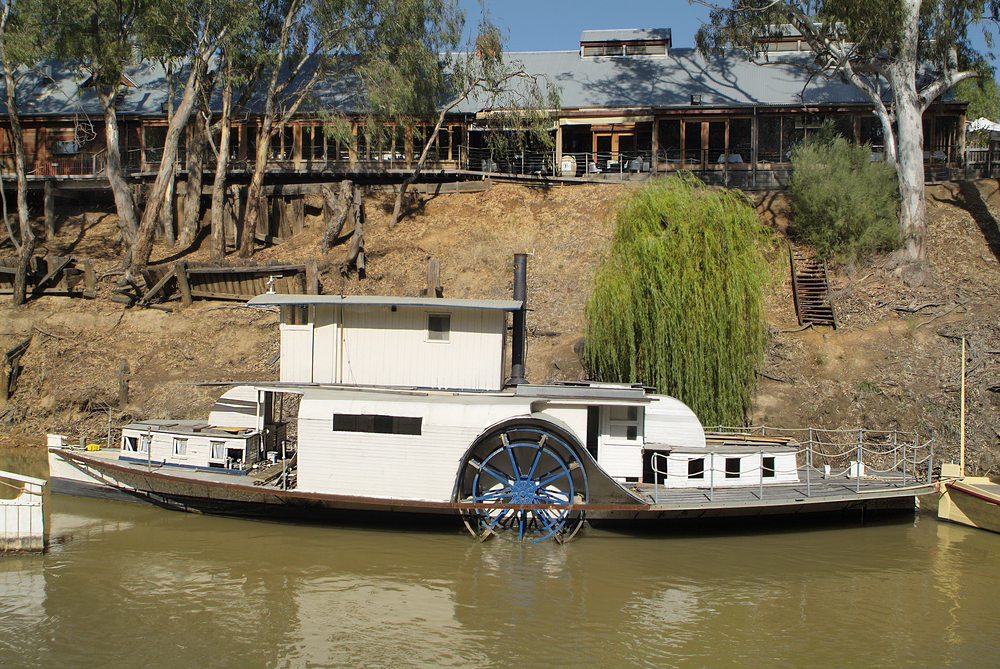 Must sees in Echuca are the Port of Echuca Discovery Centre, paddle-steamer ride down the Murray River, National Holden Museum and Great Aussie Beer Shed.

Visit Gunbower Island and the River Red Gum Forest along the way to Swan Hill. In Swan Hill a must see is the Pioneer Settlement.

Visit Robinvale Organic Wines and the Robinswood Homestead. Nearby is the Hattah-Kulkyne National Park west of Robinvale. 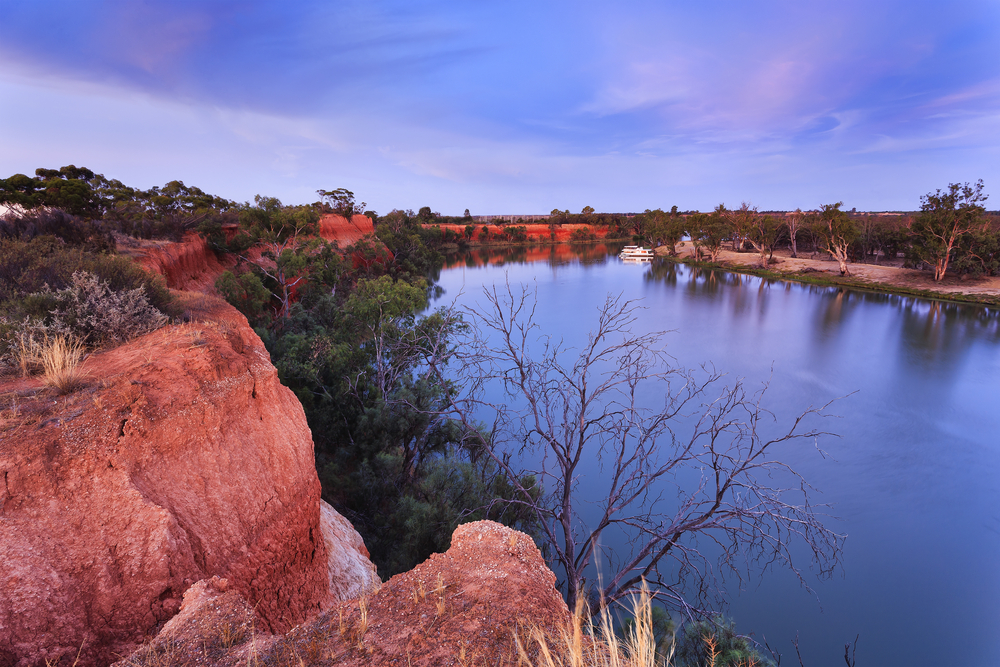 Red Cliffs of the Murray near Mildura

Must sees in Mildura include the Mungo National Park, Red Cliffs Lookout, see where the Murray and Darling rivers meet, Kings Billabong, historic paddle-steamer cruise and tour of Orange World. Visit Mildura Brewery and some of the wineries in the area.

Must sees are Wentworth’s historic buildings, including the Old Gaol, Courthouse, Convent and Customs House, the old Wentworth Wharf, the junction of the Murray and Darling Rivers, Australian Inland Botanic Gardens at Burongo, Lock 10 and weir, and Perry Sandhills. 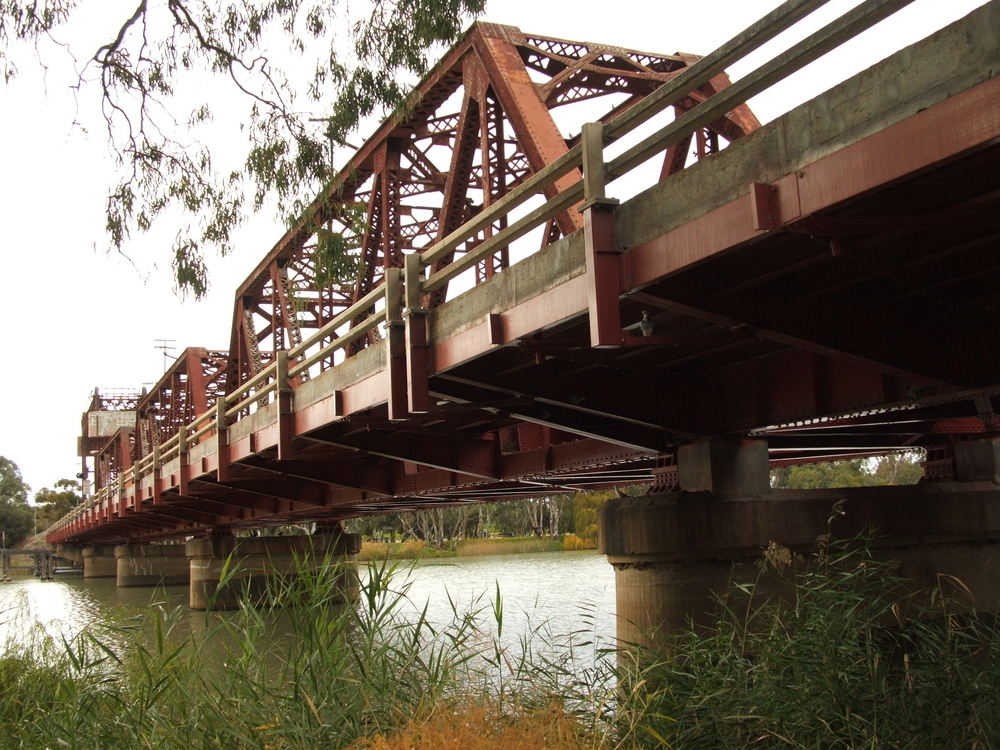 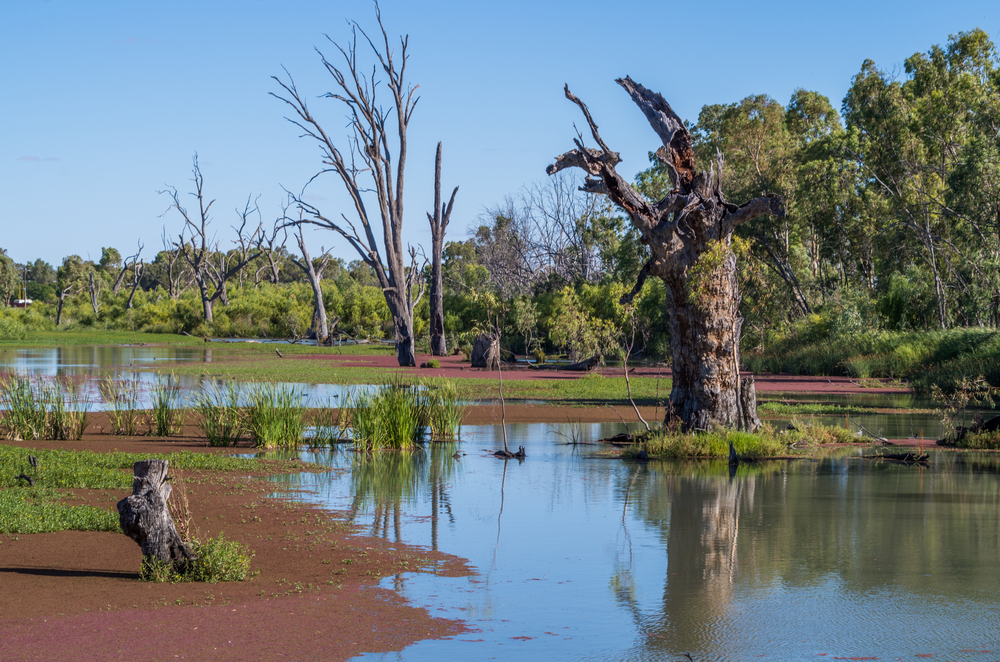 Swan Reach has a few historic buildings but the must see is the hairy nose wombat at Old Devon Downs or Kooloola Stations.  Take a walk along Ngaut Ngaut boardwalk at nearby Kroehn’s Landing, and take in the great panoramic views of the Murray River at nearby at Nildottie. 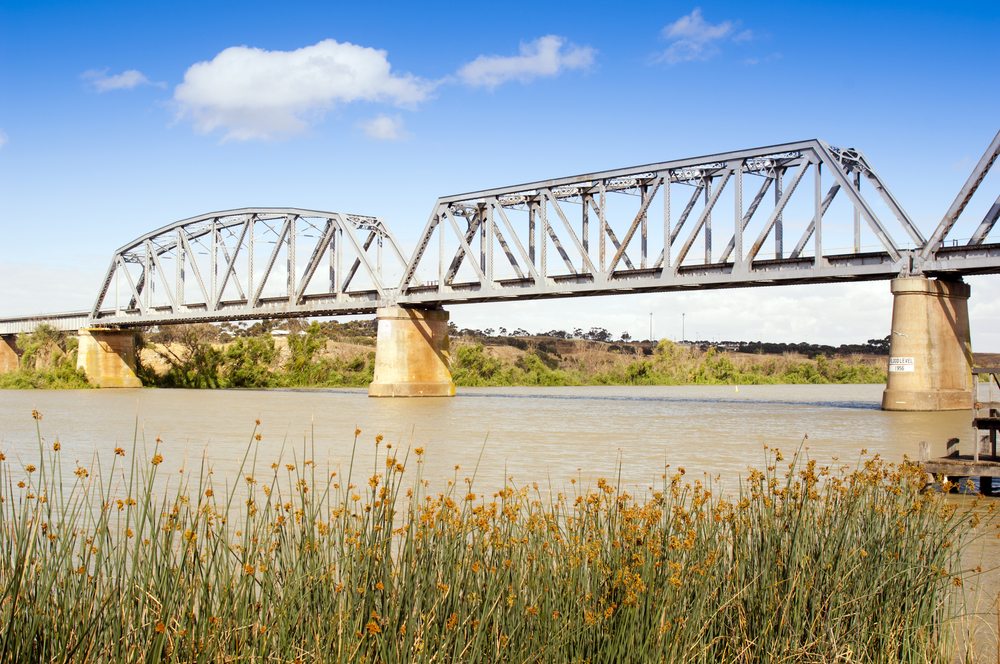 The city of Murray Bridge is the crown of the Murray region. Must dos include Monarto Zoo, Sturt Reserve, Lavender Federation Walking Trail, Captain Cook’s Cottage, The Bunyip and Australia’s smallest cathedral.

Must sees in Tailem Bend are the Pangarinda Arboretum, Old Tailem Town and Jervois cheese-tasting. The large expanse of Lake Alexandrina is only 40kms away and is definitely worth a visit. 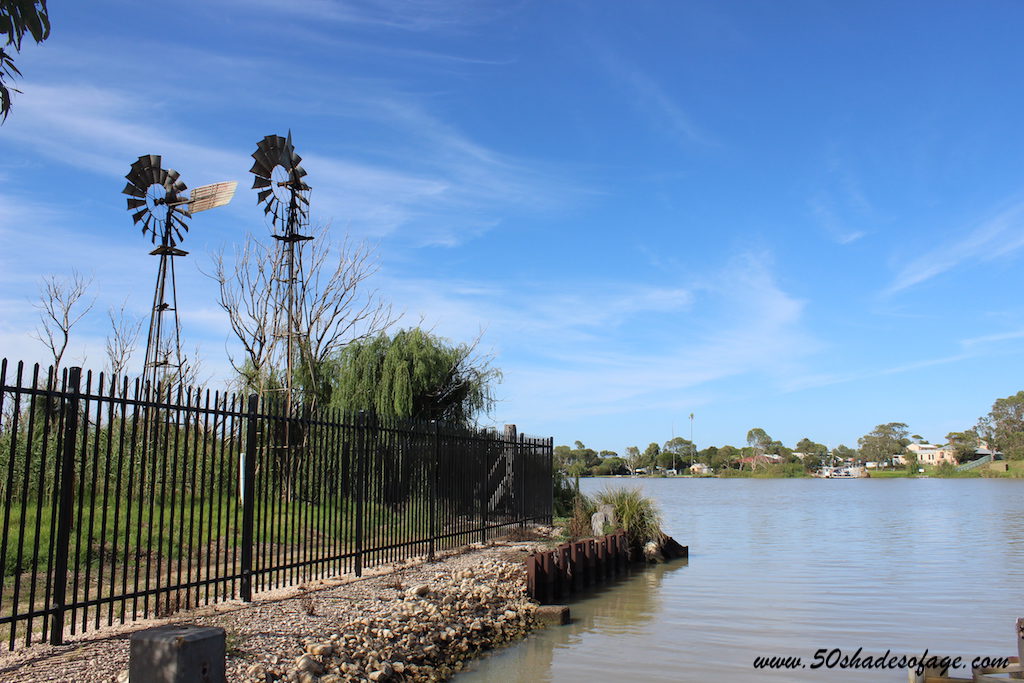 The mouth of the Murray River, where it meets the Southern Ocean, and the last port of call on our trip along the Murray, is Goolwa. Attractions include Oscar W historic paddle steamer, River Boat Trail, Signal Point, the Barrages and a day trip to the Coorong. 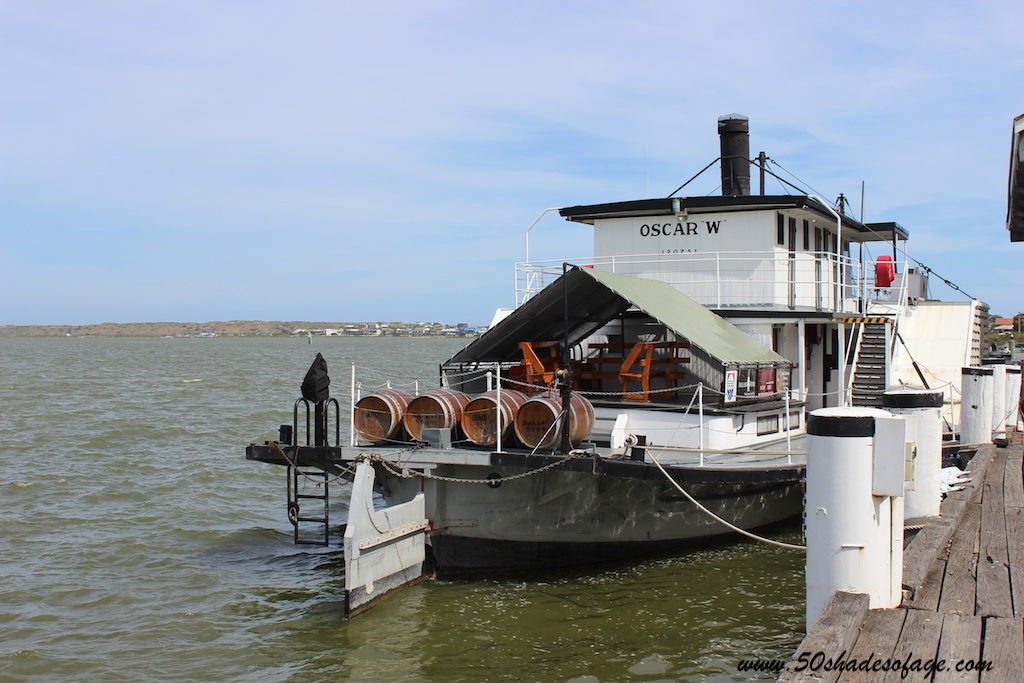 The good thing about trekking down the Murray River is that there are plenty of river camping areas to spend a night of two. We will be taking advantage of these camping spots, but also staying at caravan parks for their facilities during our travels.

After we’ve traced the Murray River to Goolwa, we will be continuing down the Fleurieu Peninsula to Cape Jervis and boarding the vehicular ferry with our car and caravan for a week on Kangaroo Island. But that adventure will have to wait for another day!

Spread the love
Albury/WodongaEchucaMilduraMurray BridgeMurray RiverTravel New South WalesTravel South AustraliaTravel Victoria
By 50 Shades, January 22, 2018 Kathy was a 50 something year old when she started up this blog 6 years ago, but has since turned over another decade and is now in her early 60s. She is married with two adult children and lives on the Tweed Coast of New South Wales, Australia. Kathy enjoys living life to the fullest and loves to keep fit and active by maintaining a healthy diet and exercising regularly. Some of her interests include reading, photography, travelling, cooking and blogging! Kathy works part-time as a freelance writer but her real passion is travelling and photographing brilliant destinations both within Australia and overseas and writing about it.