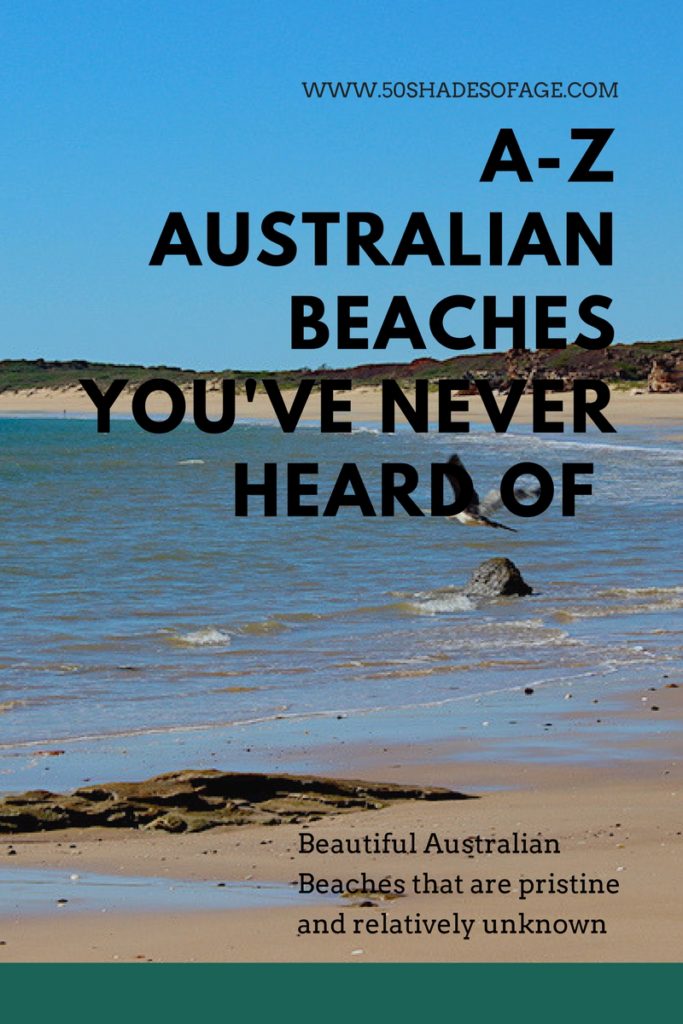 The island country of Australia has hundreds of beautiful beaches on its expansive coastline bordering the Pacific Ocean, Southern Ocean, and Indian Ocean. There are probably plenty that you’ve heard of but what about the hidden gems that are less well known? Here is my list of A-Z Australian Beaches you’ve never heard of. 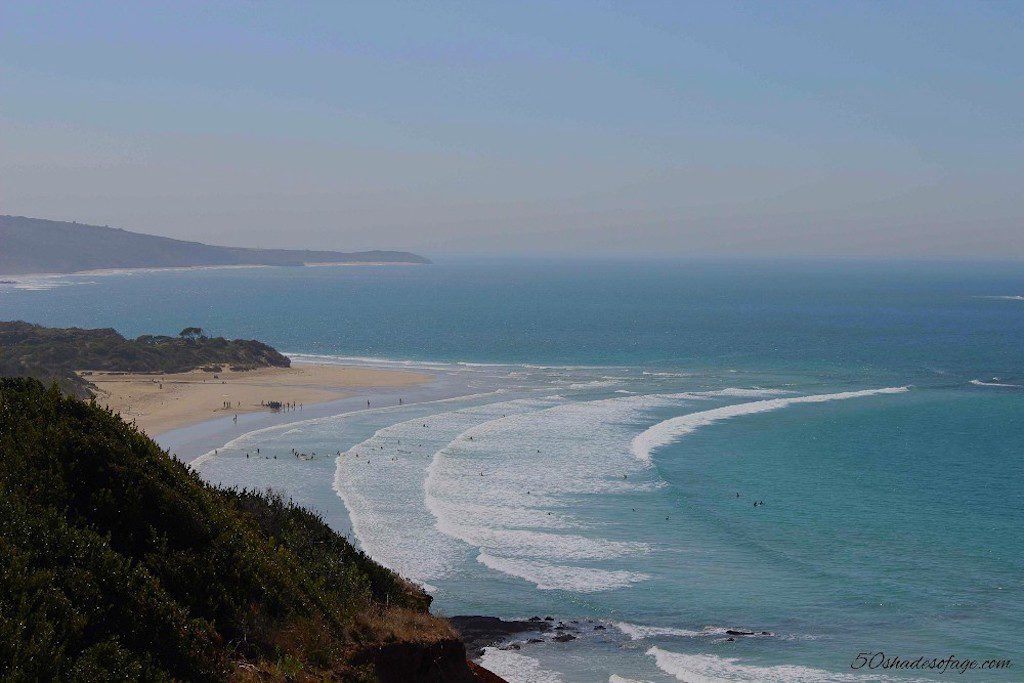 An absolute perfect beach along the Great Ocean Road in Victoria is only ten minutes west of Torquay and is a popular holiday and surfing spot. 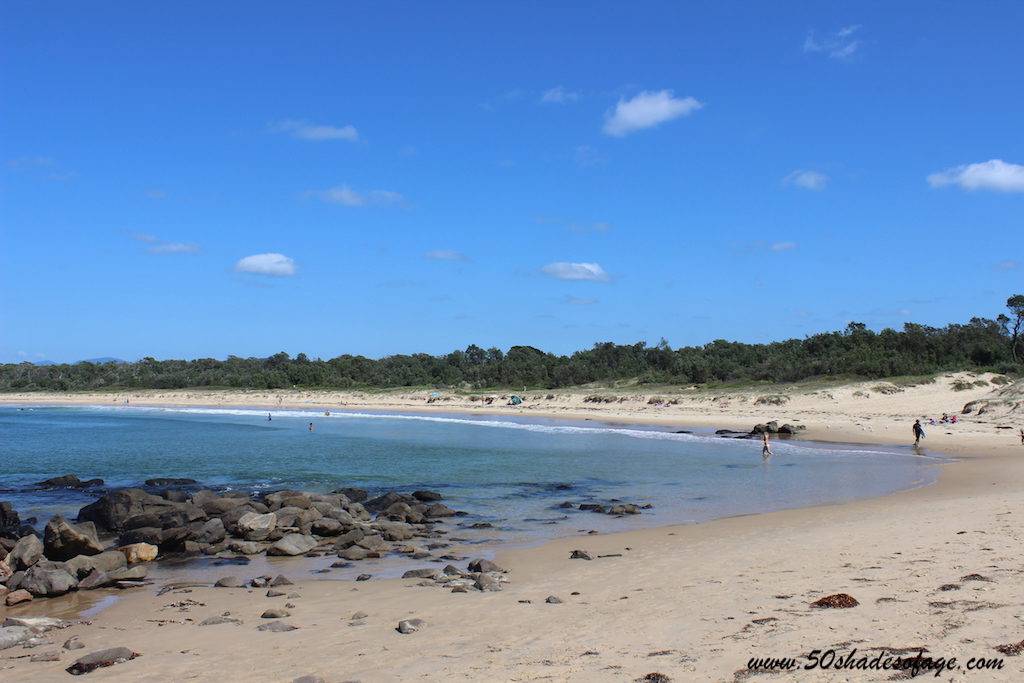 Broulee Beach on the South Coast of NSW

This lovely little beach was a real find on the South Coast of New South Wales, situated 20 kilometres south of Batemans Bay, Broulee is a long sweeping beach protected by Broulee Island. 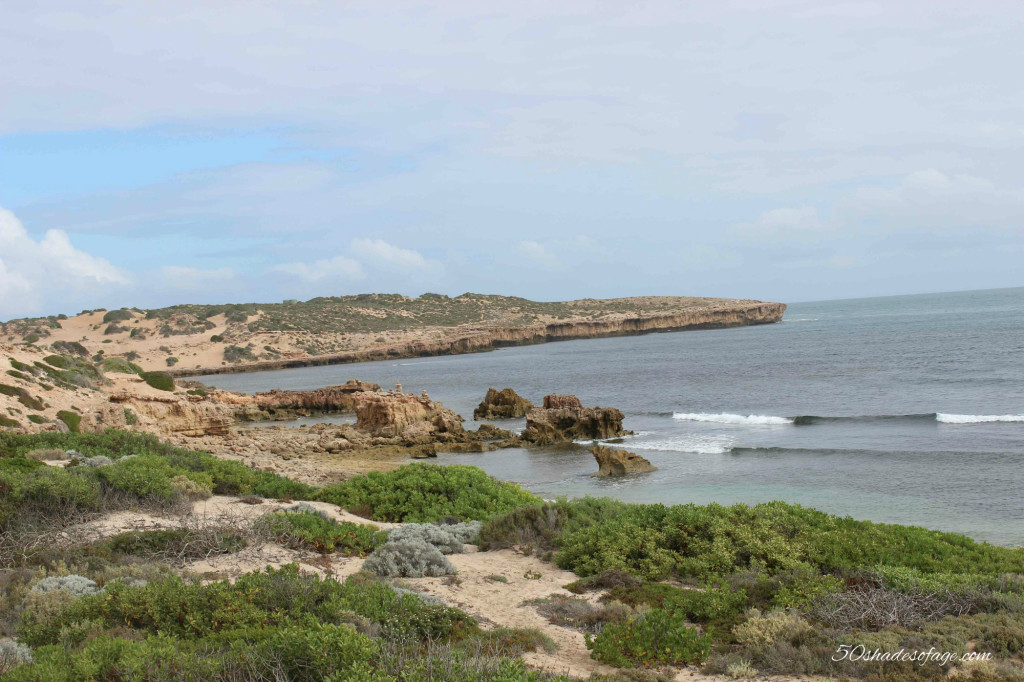 Not a cactus in sight! But Cactus Beach is about as remote as you can get, situated near the town of Penong on the Nullarbor in South Australia, involved a long drive over corrugated dirt roads. But fully worth the drive to this famous surfing spot. 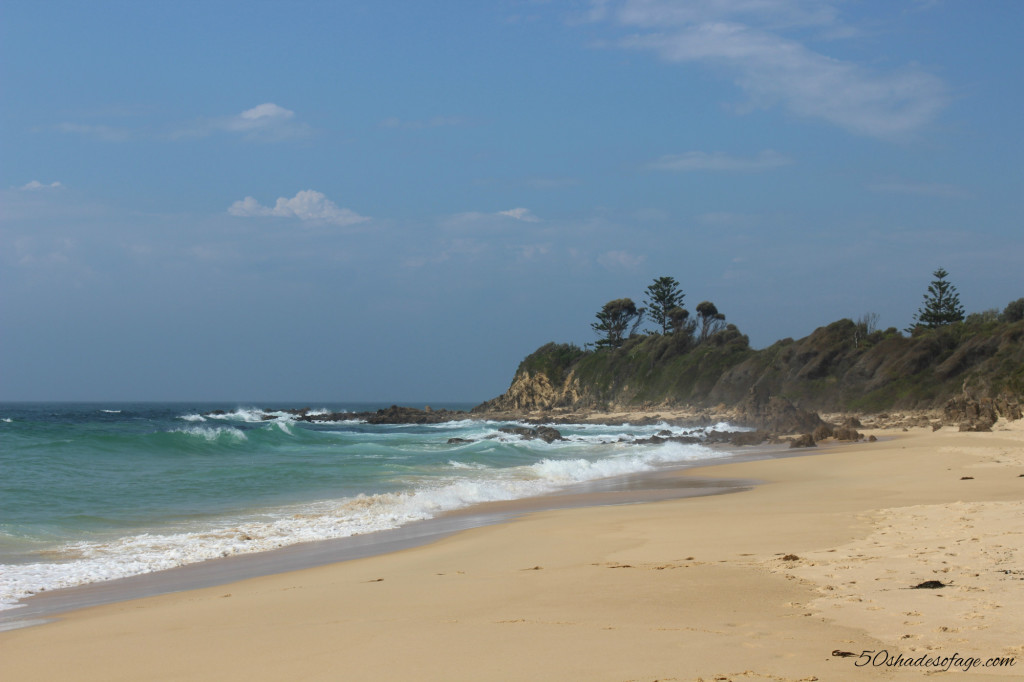 We stumbled across this beach on our walk along the coastal path from Dalmeny to Narooma on the South Coast of New South Wales. Duesbury Beach has a rocky outcrop at the southern end and then a nice stretch of sandy beach around 500 metres long. 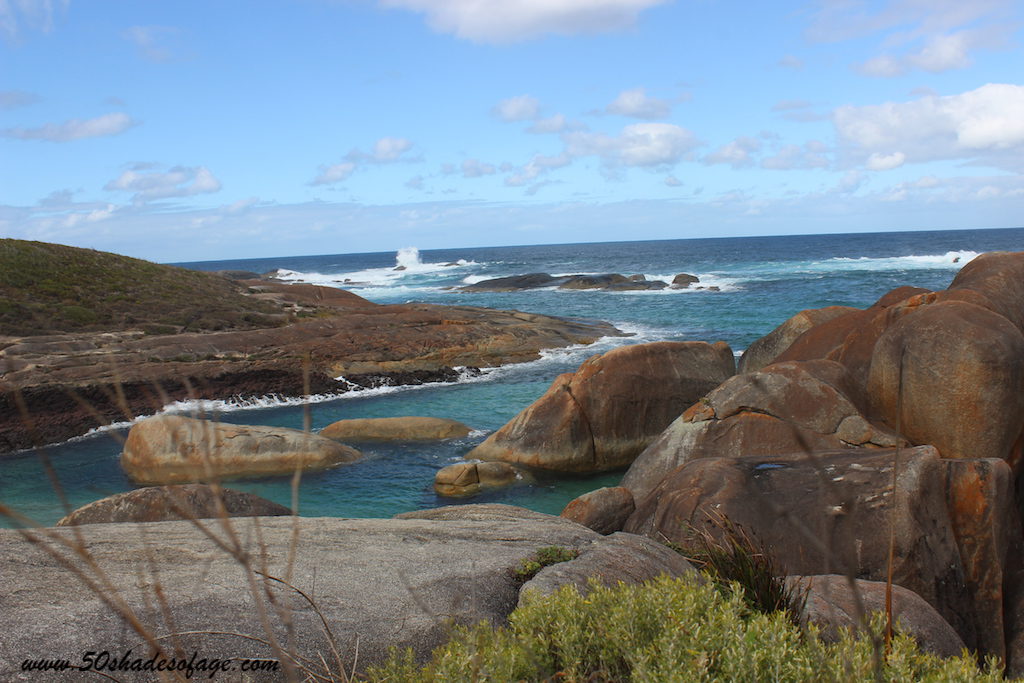 The elephant-sized boulders at Elephant Cove

The drive out to William Bay National Park, near Denmark in South West Australia, was certainly worthwhile when we were rewarded with these remarkable large granite boulders (like a herd of elephants in the sea) and a green sea that was crystal clear. Also here we discovered Greens Pool – an absolutely spectacular beach. 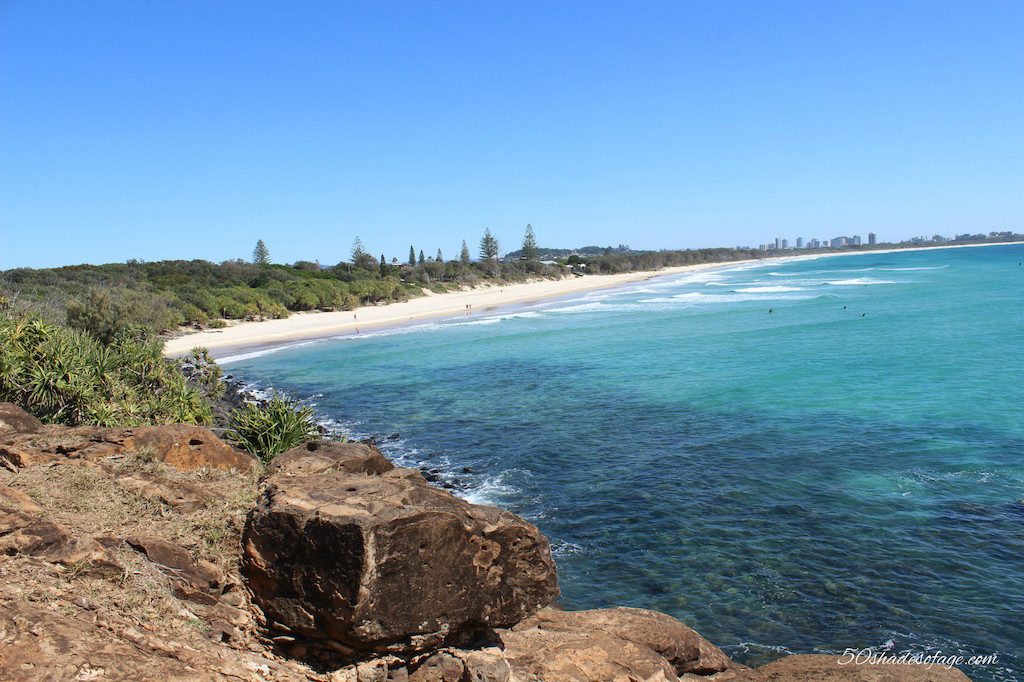 Just across the border of Queensland and New South Wales, south of Tweed Heads is this gorgeous stretch of beach known as Fingal Beach. The small headland of Fingal Head, with a quaint little lighthouse sitting atop the headland, is at one end and Duranbah Beach at the other. 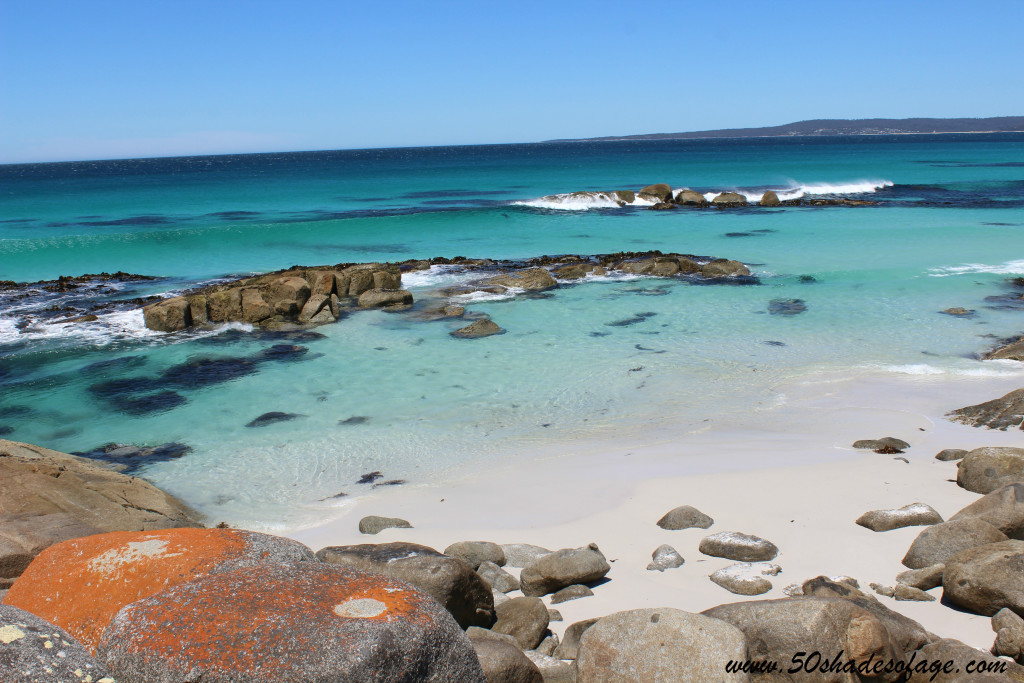 The Gardens Beach at The Bay of Fires

The Bay of Fires red lichen rocks and stretches of pristine white sandy beaches with turquoise waters are some of the most stunning I’ve ever seen. Bay of Fires and The Gardens Beach are located on the East Coast of Tasmania. 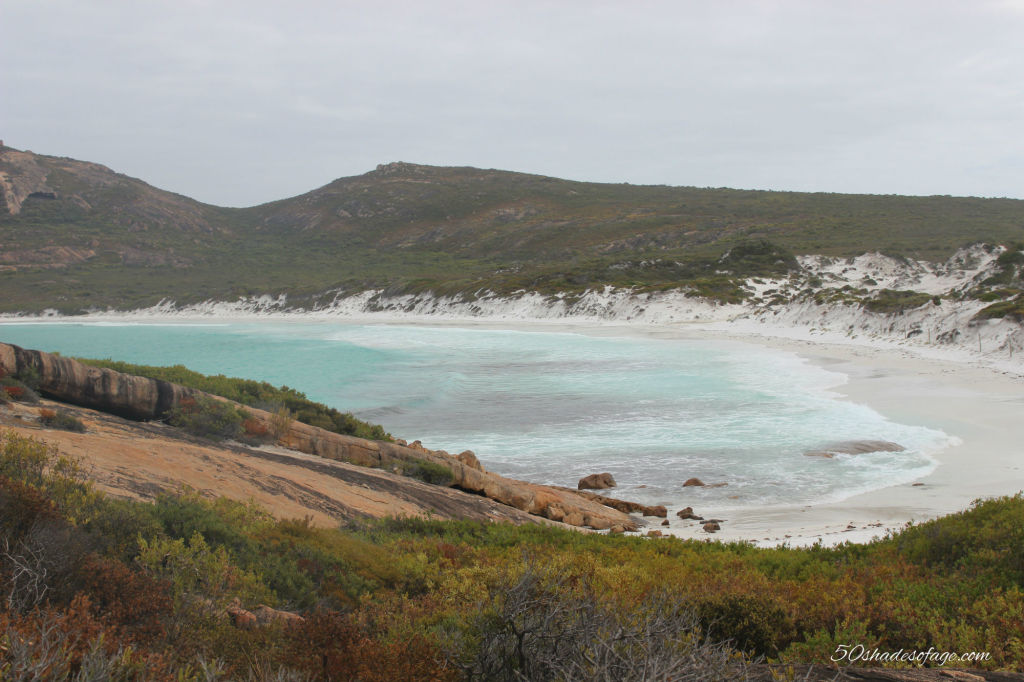 Most people have possibly heard of Lucky Bay in Cape Le Grand National Park east of Esperance, South West Australia, but this beach tops that one, in my humble opinion. Sand as white as snow, sea water a light aqua colour, surrounded by granite boulders and colourful coastal vegetation. 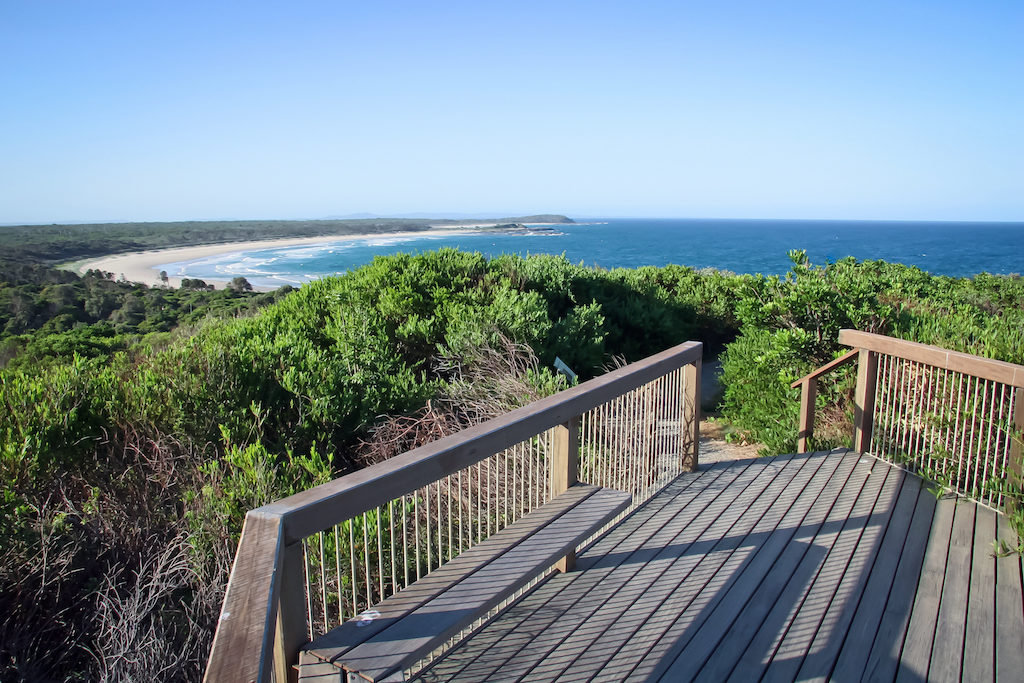 The small fishing village of Iluka in Northern New South Wales is probably more renowned for its location on the mouth of the Clarence River, however it does have a stunning beach as you can see from the above photo.

I bet you’ve heard of the famous Bells Beach on the Great Ocean Road in Victoria, but what about Johanna Beach? It’s equally as surfable as Bells, but is much more remote and pristine with a fantastic campground set amongst the sand dunes right near the beach. 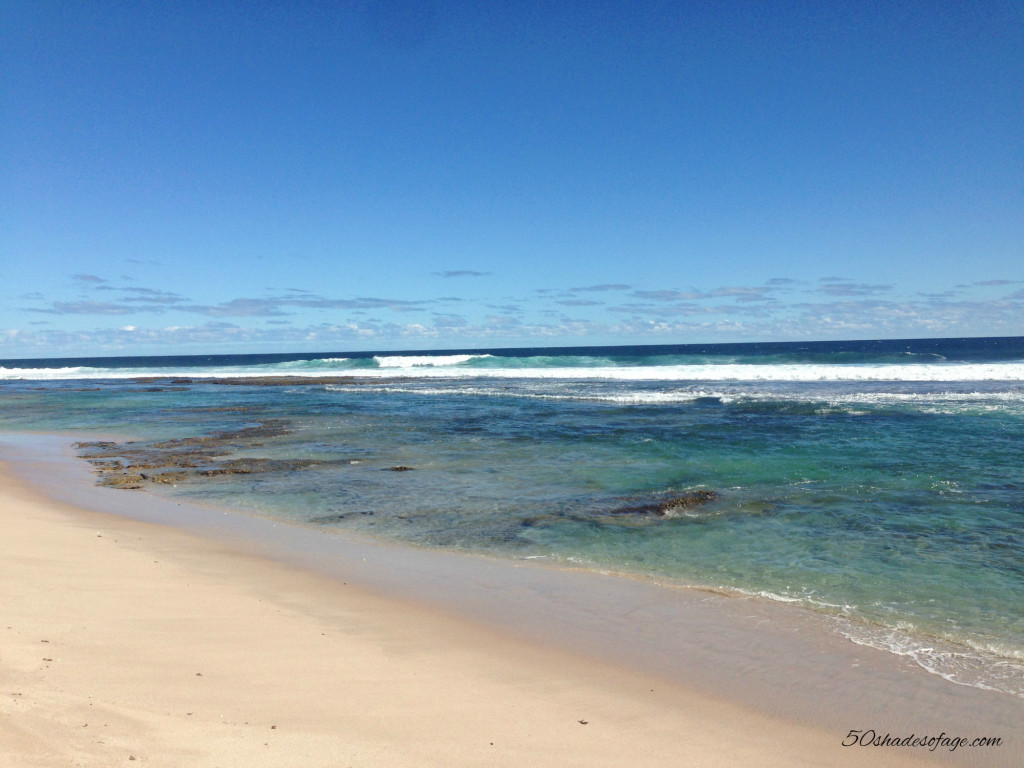 Kalbarri is located on the mid-coast of Western Australia and is famous for its towering coastal cliffs and river gorges. However it does have a couple of fabulous beaches that are popular with surfers and snorkellers. The best thing is that there were barely any people here. 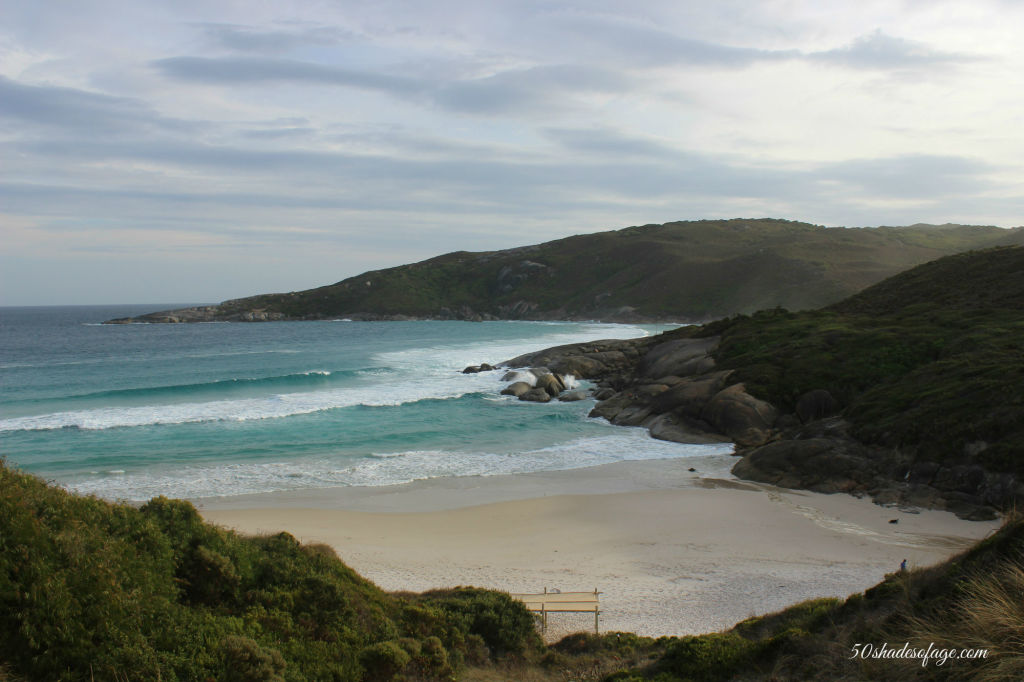 My husband discovered this absolute picture-postcard beach just west of Albany on a bike ride. He took me back here because he knew how blown away I would be by this spectacular vista and virtually untrodden stretch of beach. 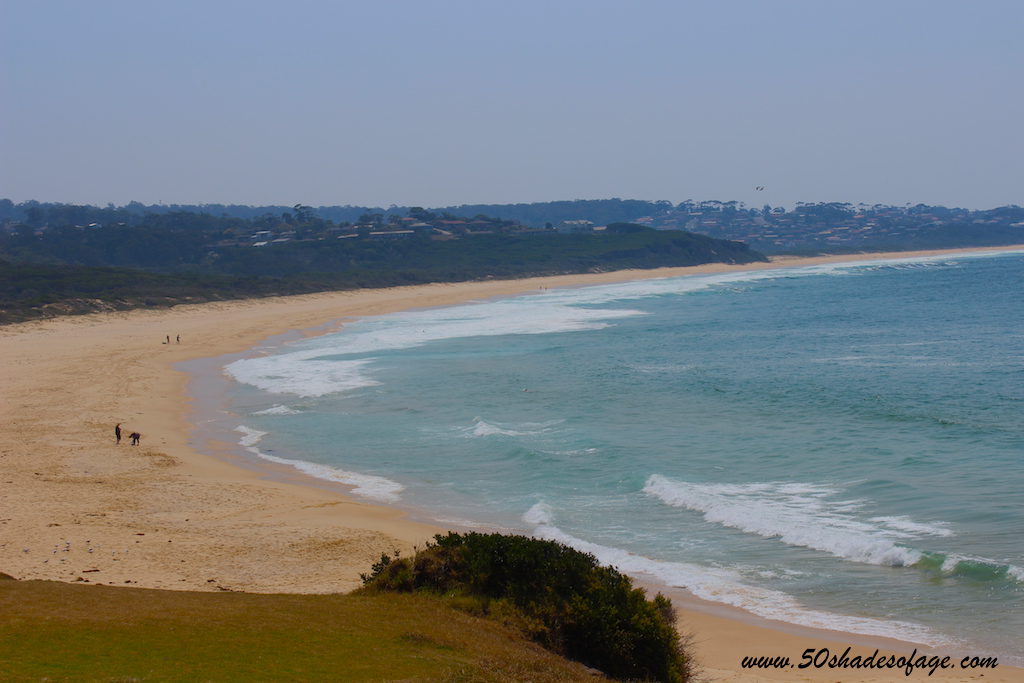 Merrimbula is known for its lakeside location, but it also has a couple of beautiful beaches like this one called Middle Beach. Merrimbula is located on the South Coast of New South Wales very close to the Victorian border. 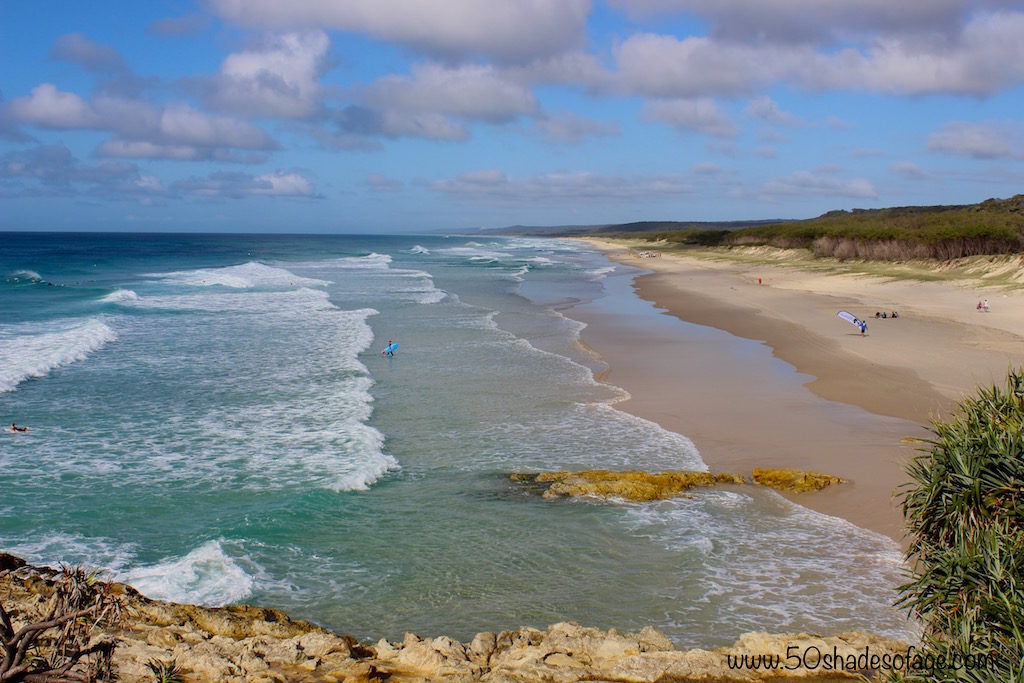 Right in my backyard, I discovered this brilliant beach on North Stradbroke Island in Moreton Bay near Brisbane in Queensland. North Straddie, as we call it, is a patch of paradise and is extremely popular for beach-camping and four wheel driving along the long stretch of beach. 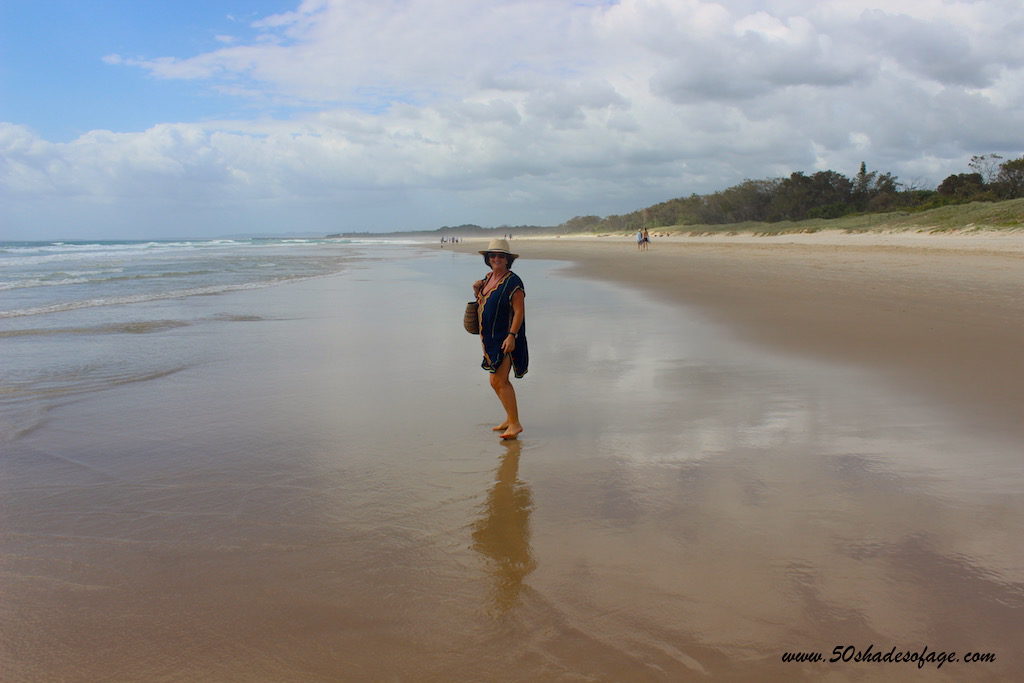 Ocean Shores Beach is around a 30 minute drive from the Queensland/New South Wales border just north of Brunswick Heads. It has a long stretch of dog-friendly beach and is relatively uncrowded and untouched. 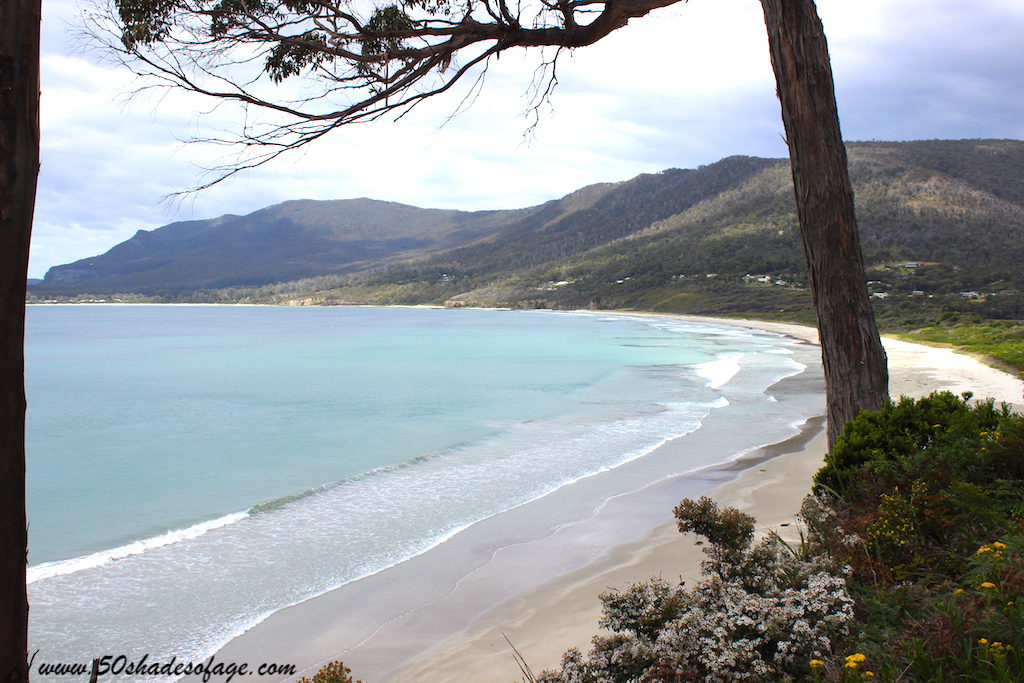 Pirates Beach on the Tasman Peninsula

We never found any pirates but we did find this treasure of a beach on the Tasman Peninsula in Tasmania. It involved a bit of a drive down a steep road near the town of Eaglehawk Neck. 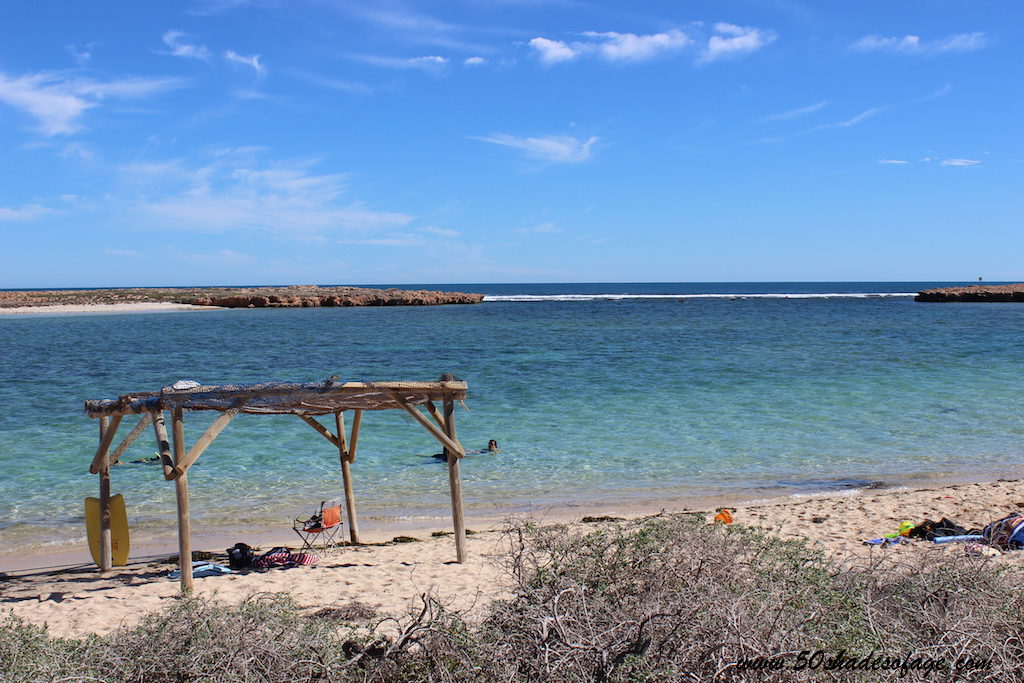 Swim out about 5 metres and you can snorkel amongst coral, reef fish and sea turtles at this amazing beach located north of Carnarvon on the West Australian Coast. We camped on the shore of this remote beach amongst the sand dunes in a designated campground. 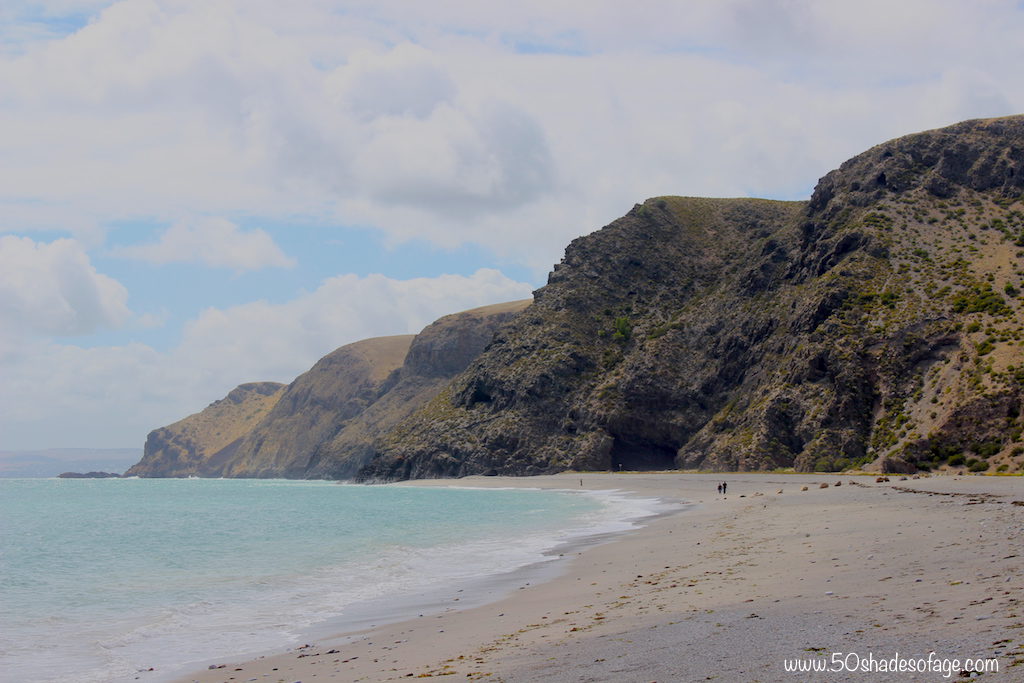 A small town on the west coast of the Fleurieu Peninsula of South Australia, Rapid Bay is known for its long jetty and good offshore scuba diving. The pristine beach has some interesting caves at one end of the bay and a grassy camping ground adjacent to the beach. 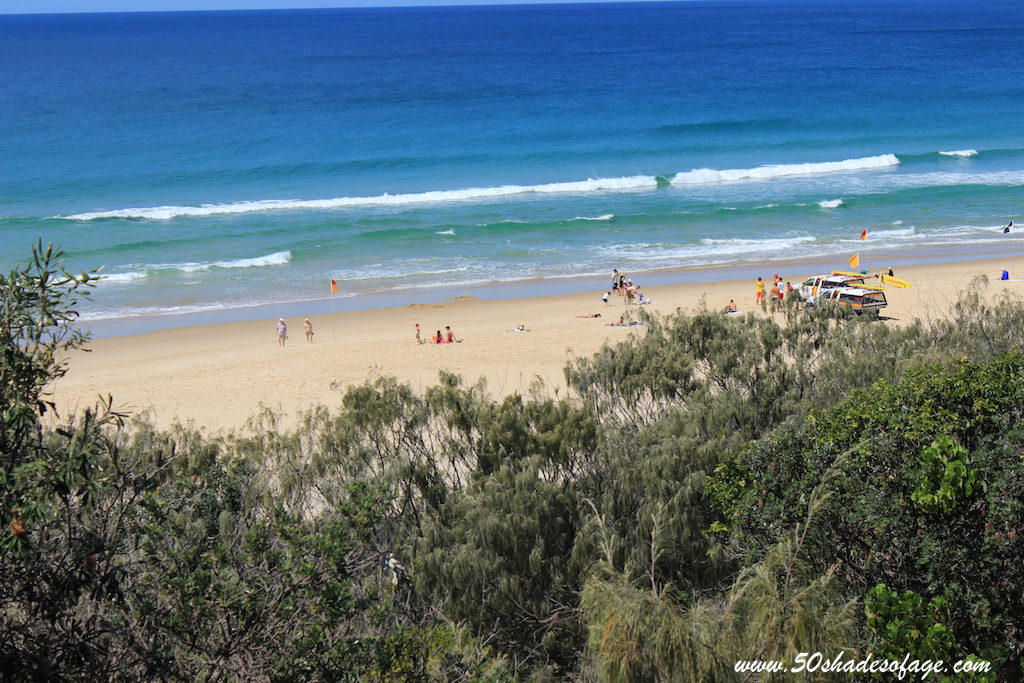 Sunshine Beach on the northern end of the Sunshine Coast

This little known beach is actually claimed as being one of the Noosa beaches and is just south of this Sunshine Coast resort town. What I love about Sunshine Beach is its villagey vibe and lovely densely vegetated-fringed sandy beach. 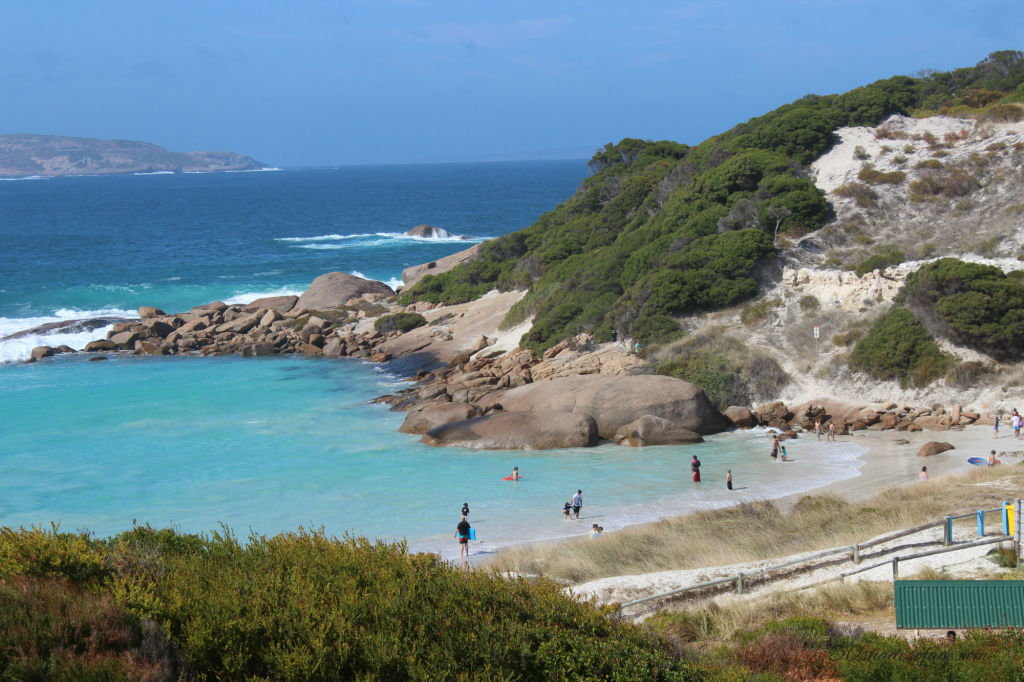 Twilight Beach is one of the many stunningly beautiful beaches surrounding Esperance in South West Australia. Its relatively small bay surrounded by large granite rocks offers great protection against the elements and is safe for swimming. 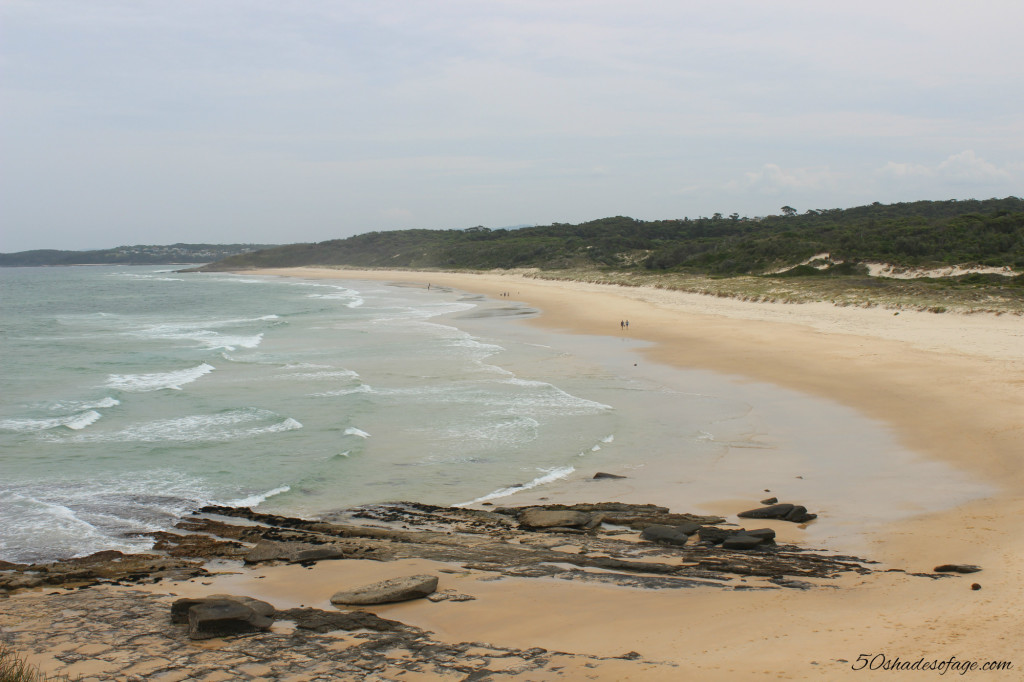 Ulladulla, located on the South Coast of New South Wales is a pretty town located on a natural harbour, but its beaches are also a big drawcard. Racecourse Beach is located south of town and goes for kilometres. 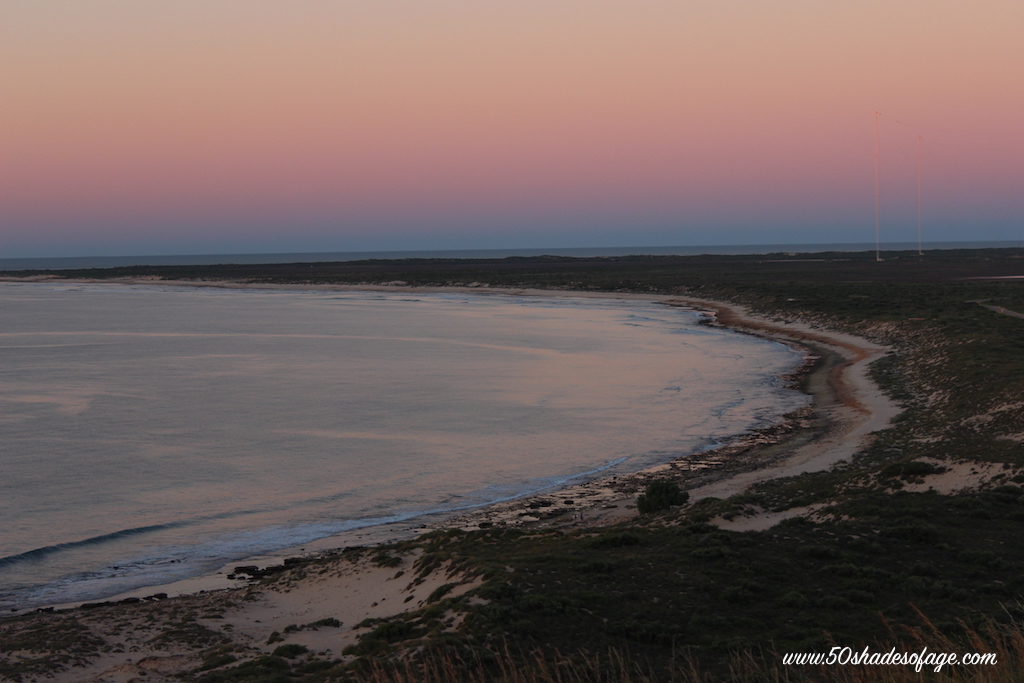 Sunset views from Vlamingh Head over the Beach, Exmouth

Exmouth in North West Australia boasted many beautiful beaches, but this sunset view of Vlamingh Head Beach taken from the headland captured my heart. It was such a pristine stretch of beach that is perfect for beach fishing and surfing. 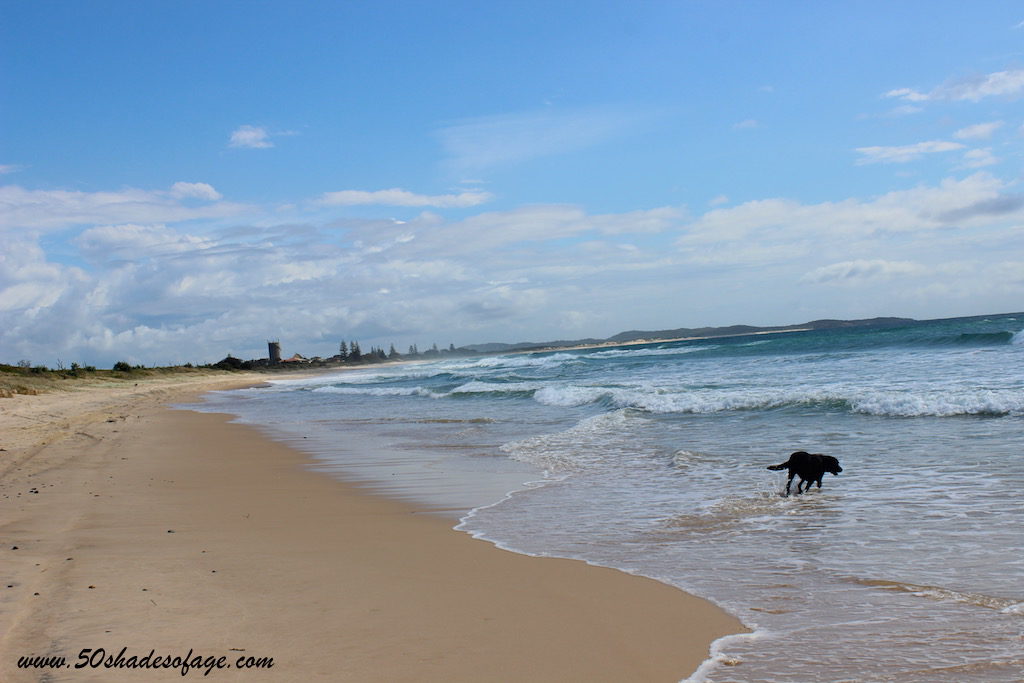 The Northern New South Wales fishing village east of Grafton, located on the mouth of the Wooli River has a wonderful beach. The best thing about it was that we were the only ones on it during an early morning stroll. 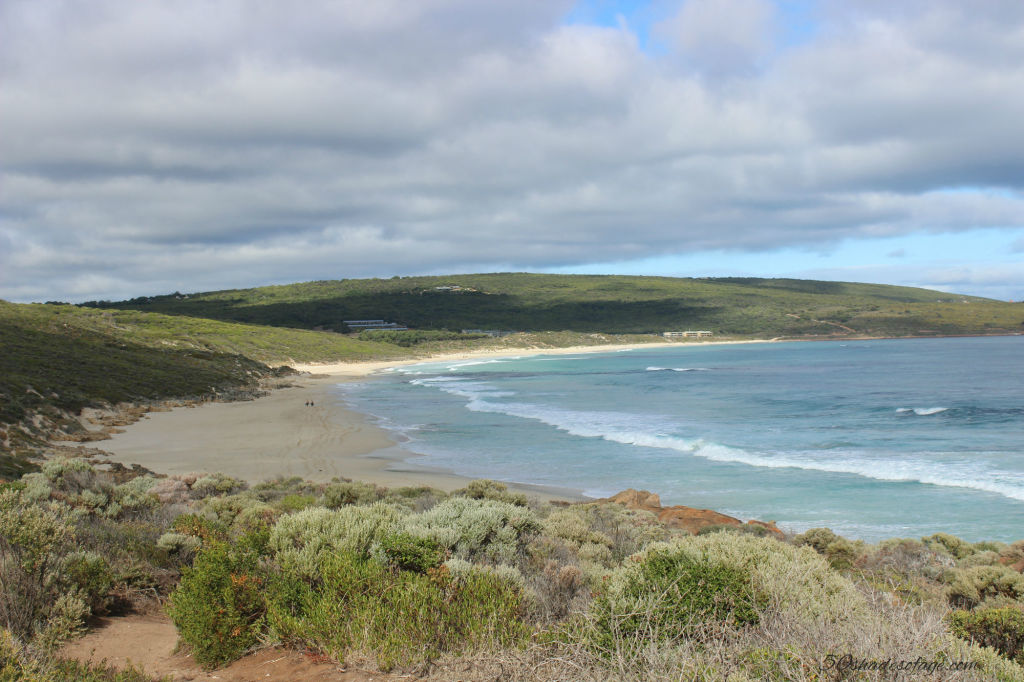 North of the infamous surf break at Margaret River in South West Australia, is Yallingup Beach. Yallingup itself is a small village full of surfers and artists with a very laid-back vibe. 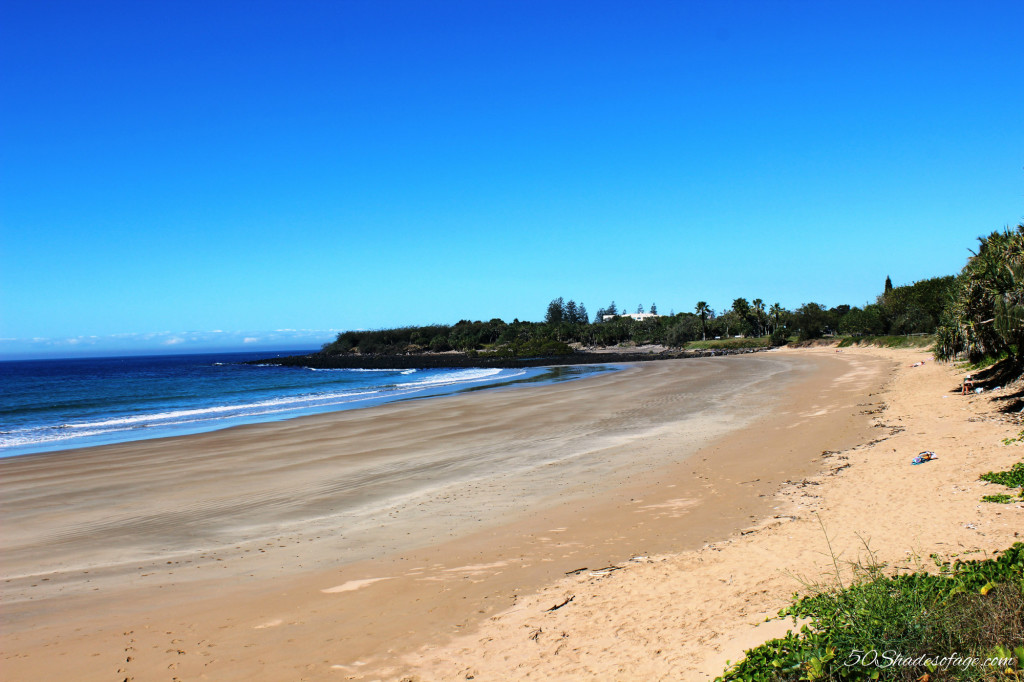 Named after the beach resort on its doorstep, Zen Beach is in Bargara east of Bundaberg, on the Wide Bay-Burnett region of Queensland. Fringing the Southern Great Barrier Reef this beach is the perfect place to embark on some serious scuba diving or snorkelling.

I challenge you to come up with any other Australian hidden gems. Have you heard of many of these beaches? 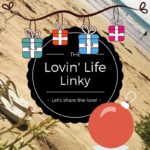 Spread the love
Australian Beaches
By 50 Shades, January 11, 2018 Kathy was a 50 something year old when she started up this blog 6 years ago, but has since turned over another decade and is now in her early 60s. She is married with two adult children and lives on the Tweed Coast of New South Wales, Australia. Kathy enjoys living life to the fullest and loves to keep fit and active by maintaining a healthy diet and exercising regularly. Some of her interests include reading, photography, travelling, cooking and blogging! Kathy works part-time as a freelance writer but her real passion is travelling and photographing brilliant destinations both within Australia and overseas and writing about it.