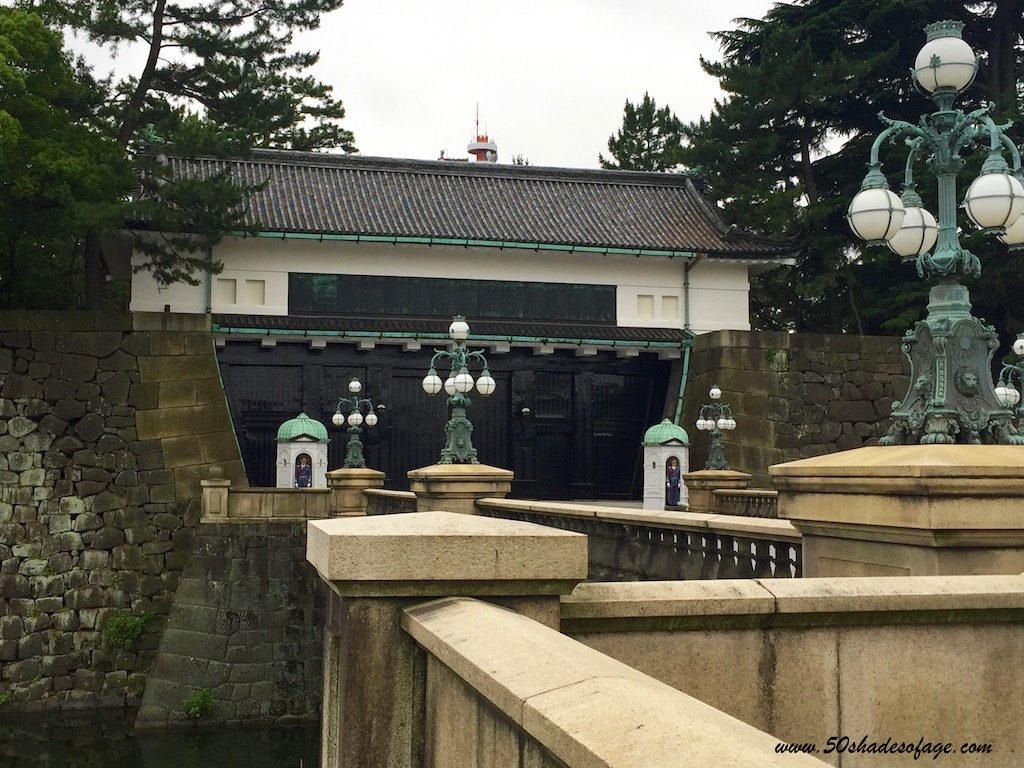 I have been to some of the world’s largest cities; New York, Bangkok, Los Angeles, Paris, London and Istanbul, but nothing prepared me for the energy and the throng of world’s most populous metropolis – Tokyo.

My fellow travel companions and influencers had told me a lot about this bustling modern city and even organised an itinerary for me to make the most of one day here. It was with some trepidation and excitement that we set off for a day of sightseeing this colossal city. 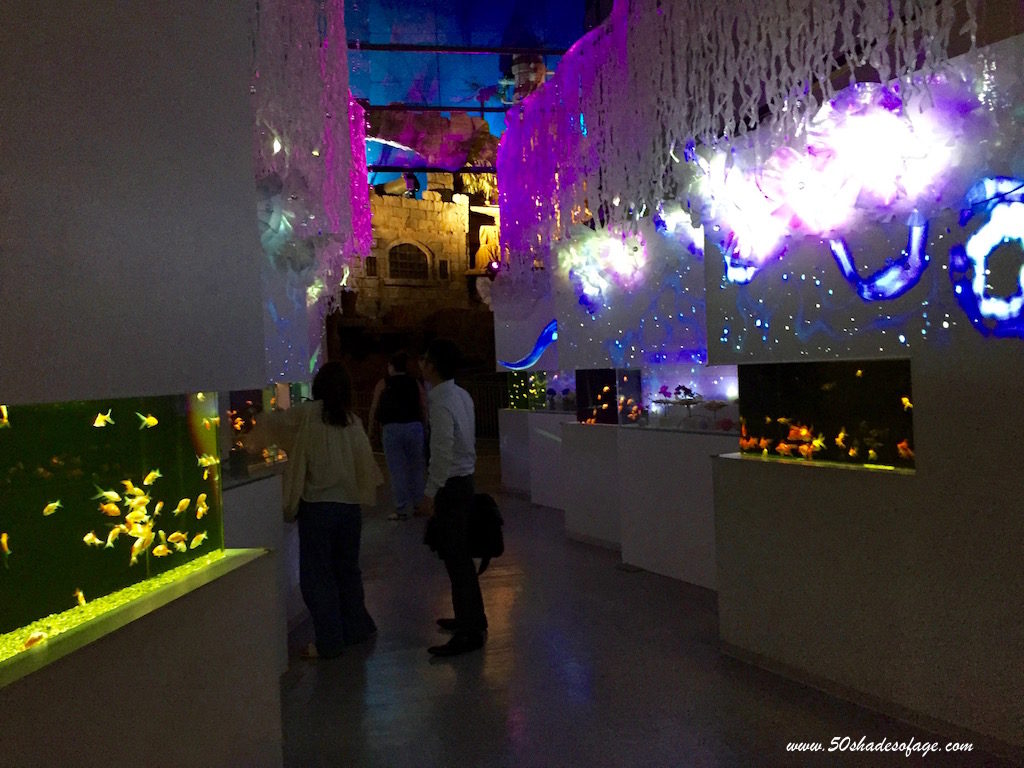 We had arrived in Tokyo the previous evening from Hakodate and immediately caught the metro to Shinagawa, a Tokyo ward south of the central city, and adjacent to Tokyo Bay. We checked into the Prince Hotel Shinagawa and were immediately whisked away to inspect the hotel and surrounding entertainment complex which consists of the Aqua Park, cinemas, bowling alley, tennis and golf centres and food court. 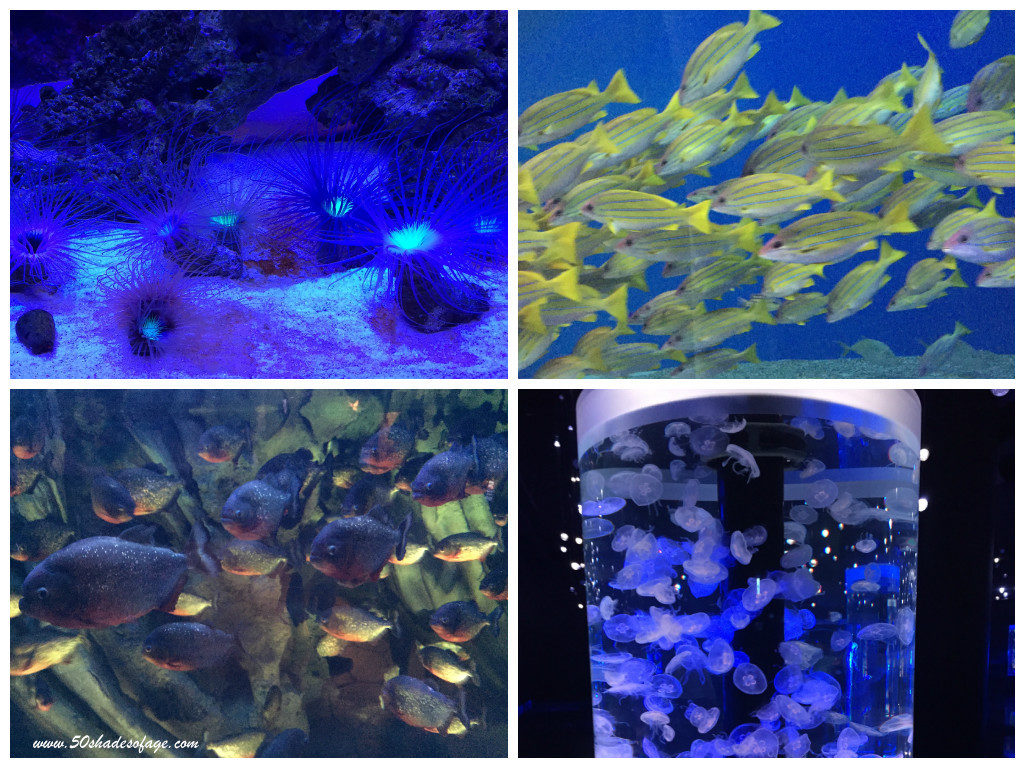 We ventured into the Aqua Park which is made up of 11 different zones, with touch panel tanks, areas with jungles of the world, the wonder tube aquarium, life museum and the stadium. Our timing was perfect because we arrived just in time for the Dolphin Show, which was an extraordinary display of humans interacting with dolphins in a large round seapool. 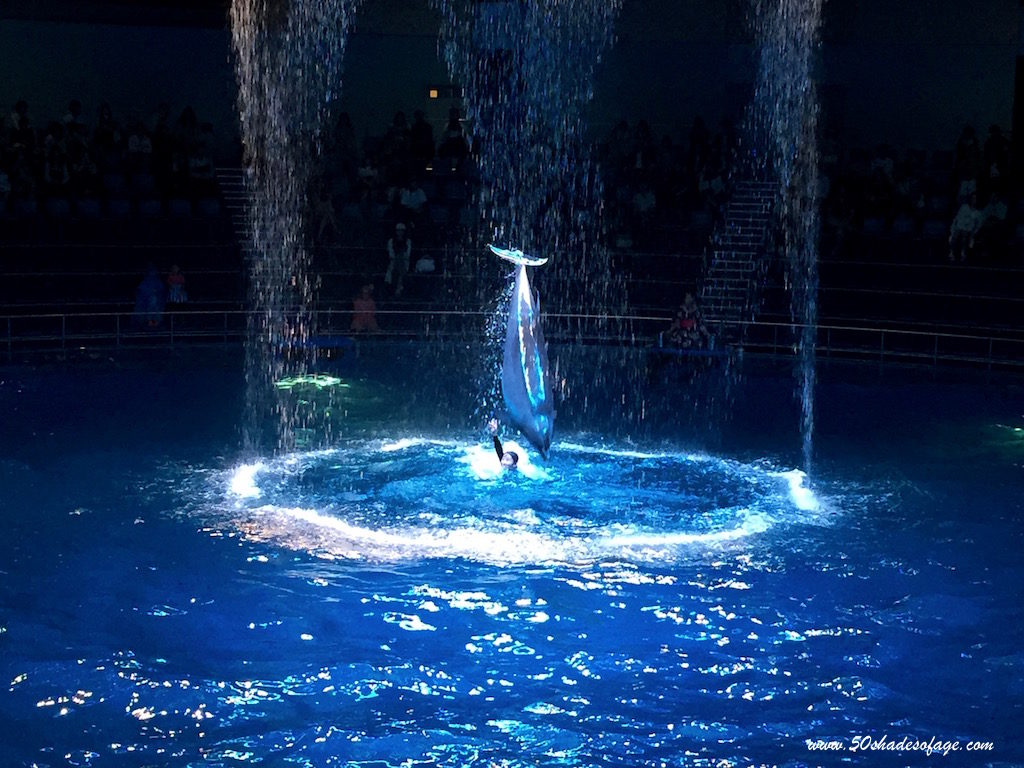 A six course banquet-style Japanese meal awaited us back at the hotel in one of the restaurants located on the upper level with spectacular 360 degree night views of Tokyo. This was just one of the many dining options at this amazing hotel. We were joined by the Sales Manager of Prince Hotel Shinagawa for this delicious feast. 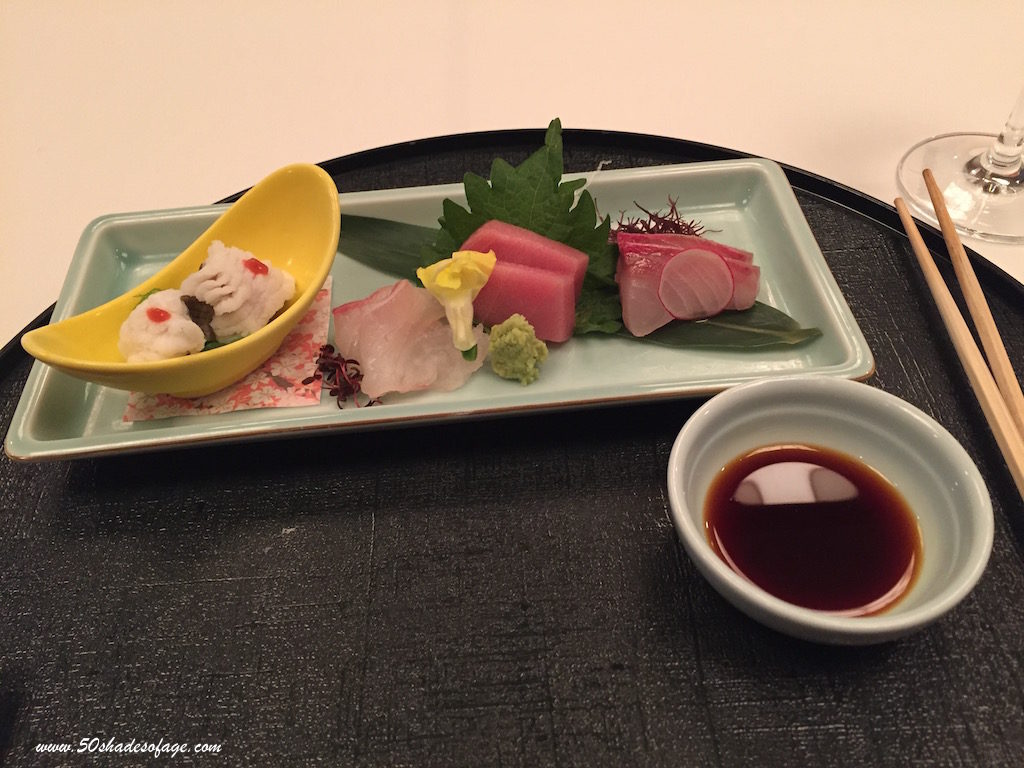 I was told about some beautiful Japanese Gardens at the nearby Grand Prince Hotel New Takanawa, so next morning I set off for a short stroll along the streets in light rain. After getting a little lost I eventually found the hotel and the magnificent gardens at the rear of the property. I wandered through the gardens marvelling at the beauty of this little touch of paradise in the middle of such a huge city. 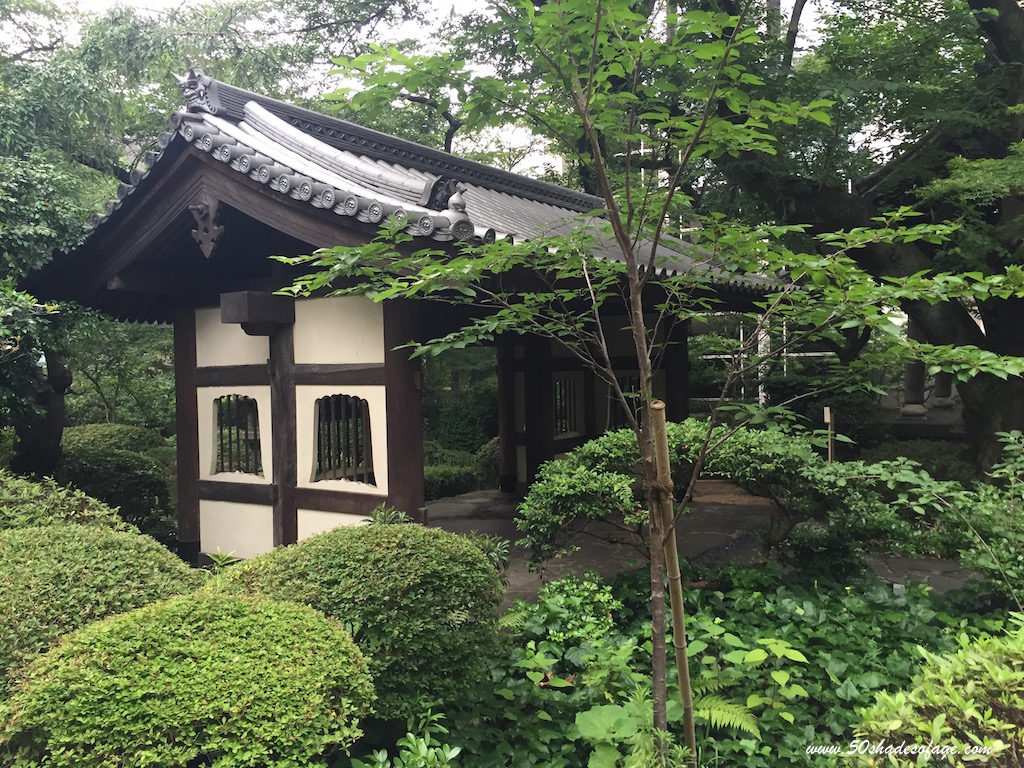 Following an opulent buffet breakfast back at the hotel, we set off to the train station conveniently located across the road, and worked out the best way to get to the Imperial Palace in the Chiyoda ward of Tokyo. 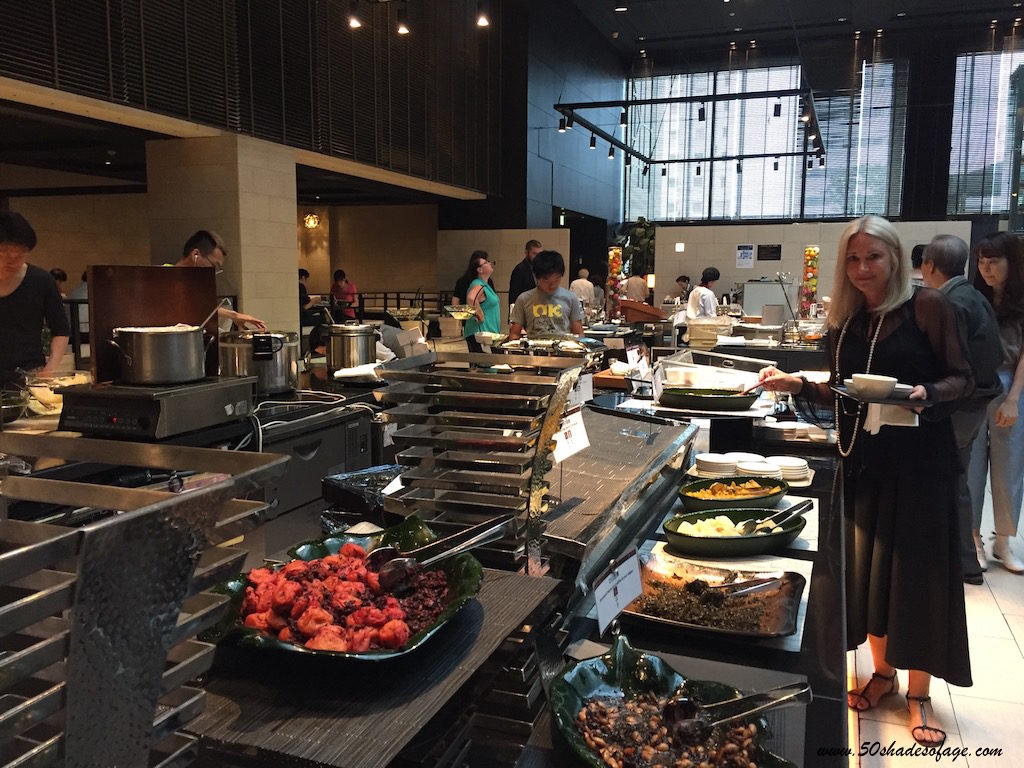 This site with scenic gardens and grounds, is the main residence of the emperor of Japan. The actual Tokyo Imperial Palace building is located within the grounds of what was Edo Castle, which looks every bit a castle with moats, a guarded bridge and defensive walls surrounding it. 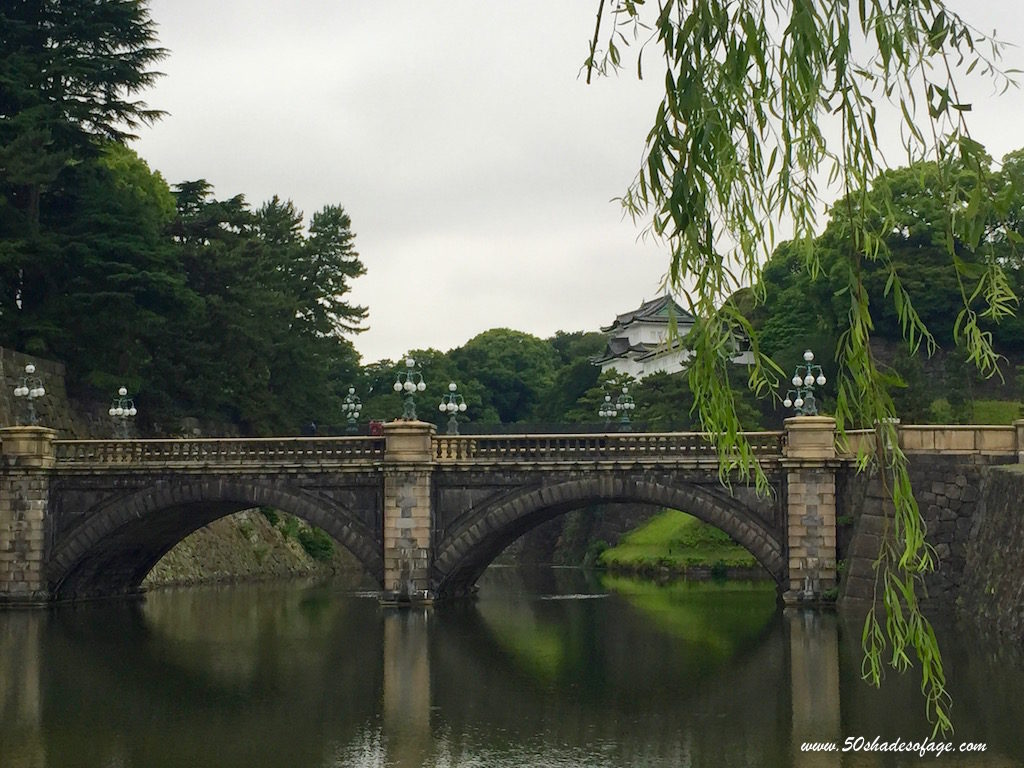 The Nijubashi Bridge sits in the foreground of the palace and is said to be the most photographed scene in Japan. Kept in impeccable shape, the Tokyo Imperial Palace – East Gardens are particularly beautiful during the March and early April cherry blossom seasons. 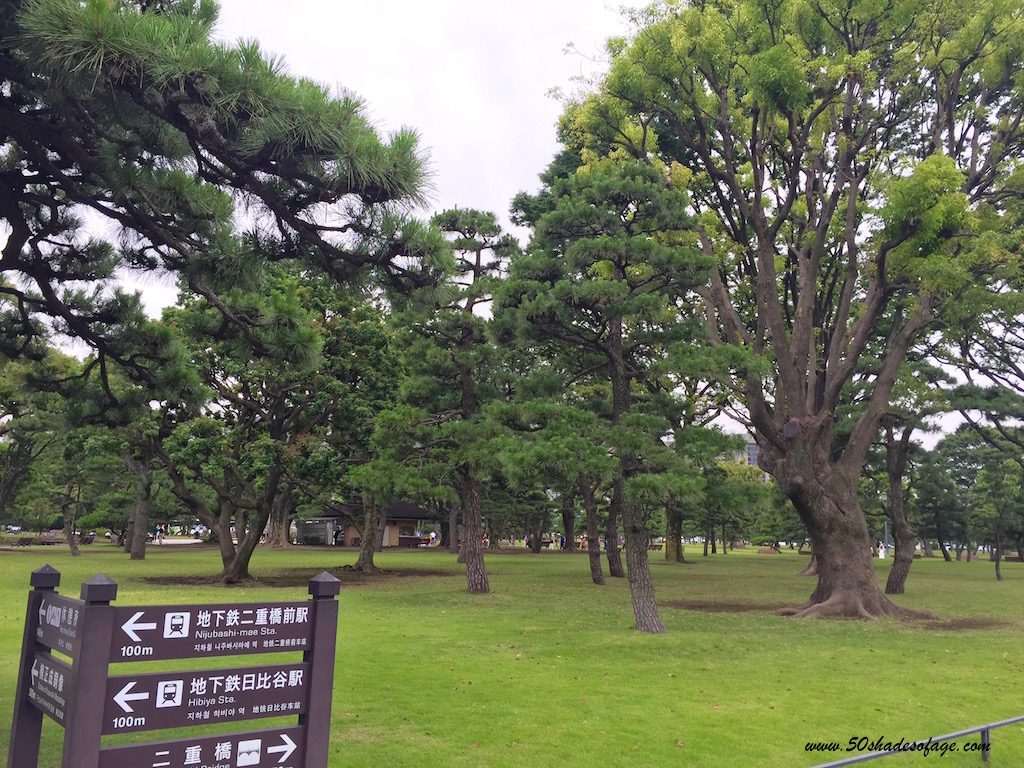 The statue of Kusunoki Masashige, a great samurai warrior who fought for Japan’s Emperor in the early 14th century, is located in the Tokyo Imperial Palace East Gardens. 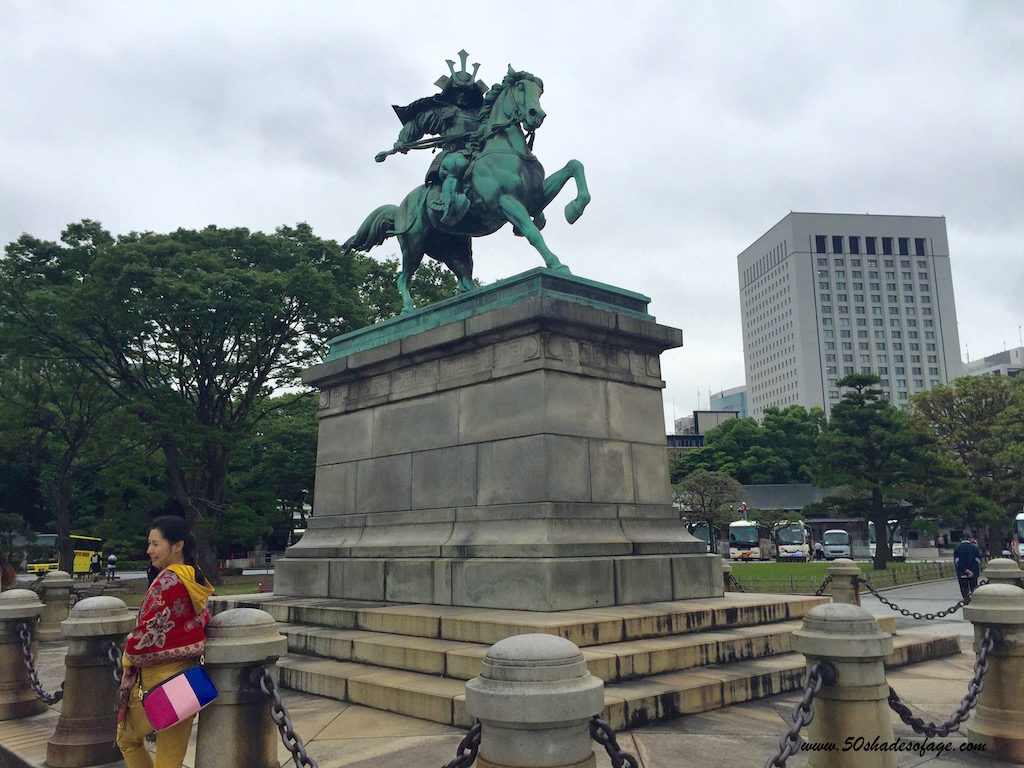 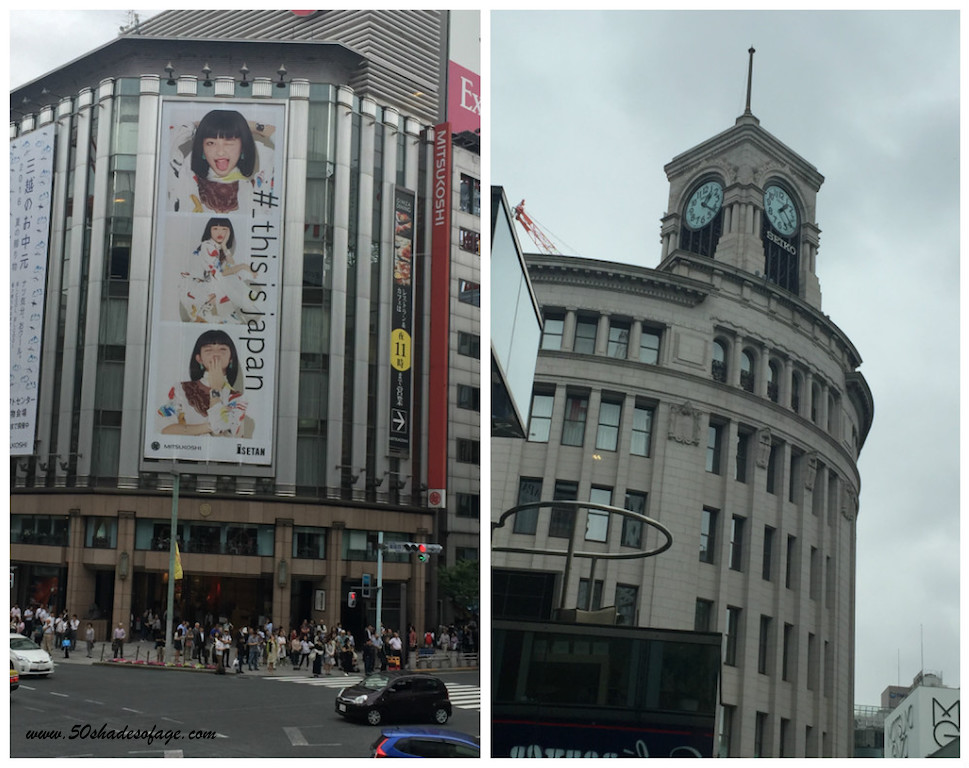 Mitsukoshi, a large department store at Ginza Crossing is mainly focused on women’s fashion but also famous for its Harrods-like Food Hall in the basement of the building. 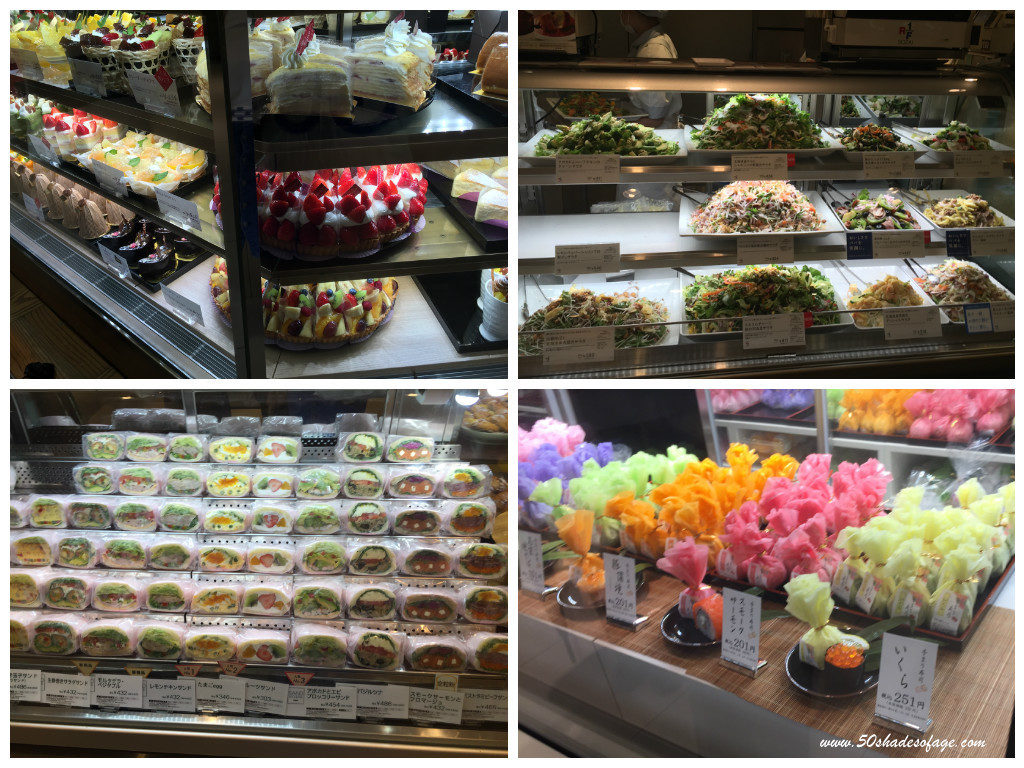 We grabbed a coffee at a cafe which overlooked the intersection of Ginza Yon-chome, where the aura of wealth and luxury simply overflows. Great for people-watching! 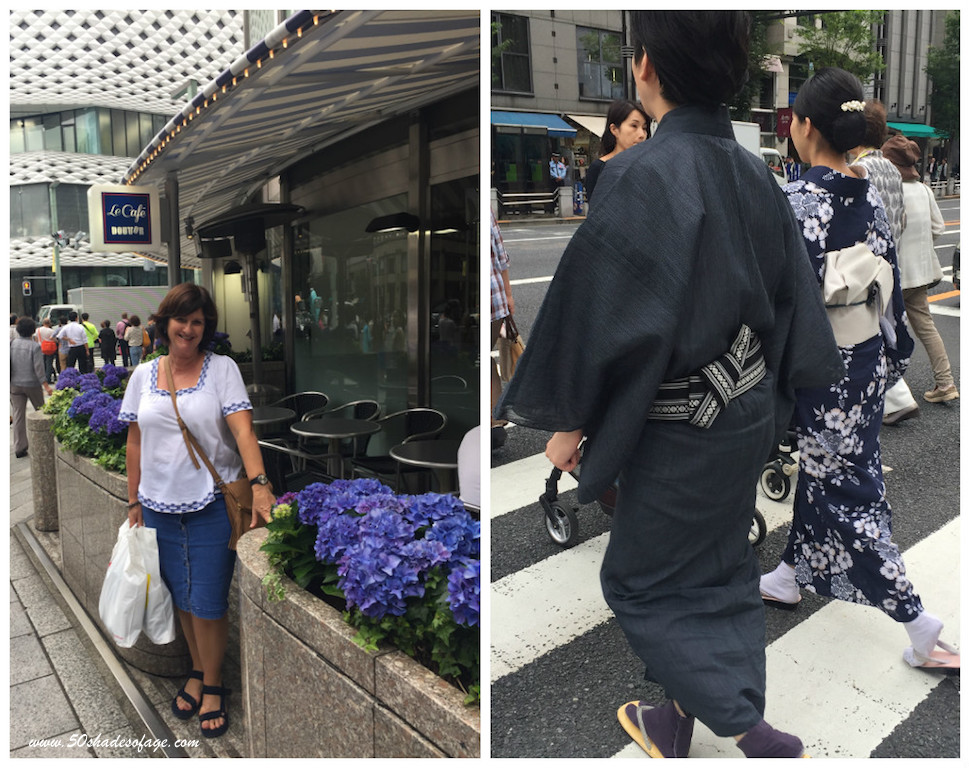 The Streets of Ginza

Wander down nearby Takeshita Street, the focal point of Harajuku’s teenage culture for the pure experience of the ‘Harajuka Girls’, dressed in their best. 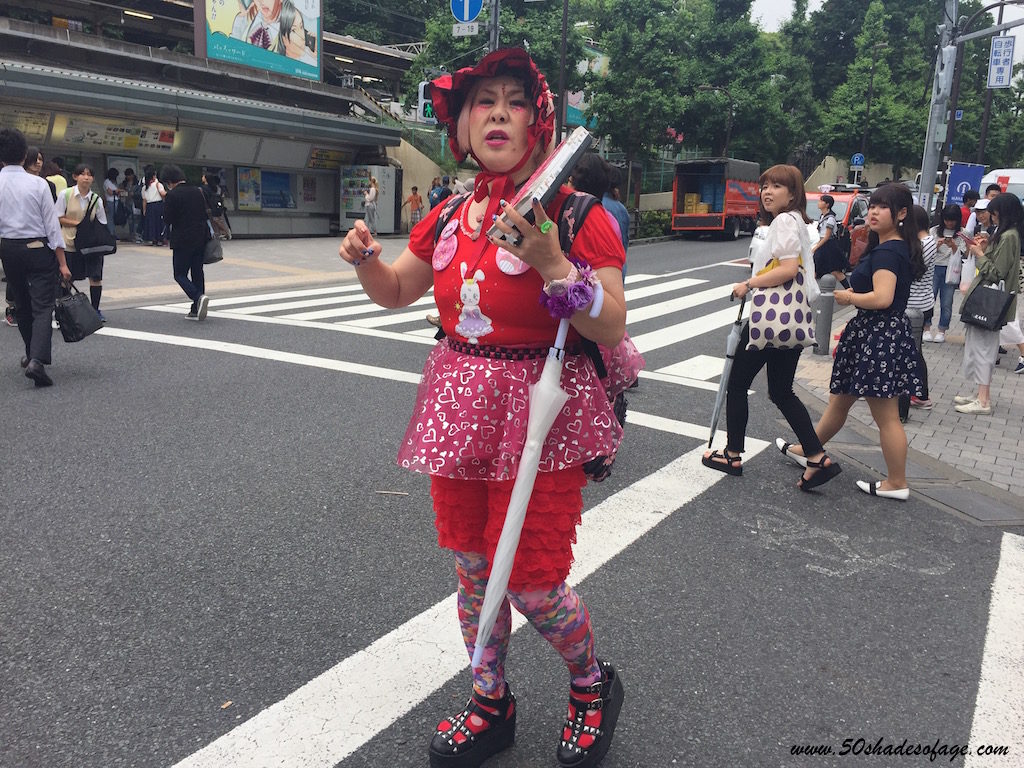 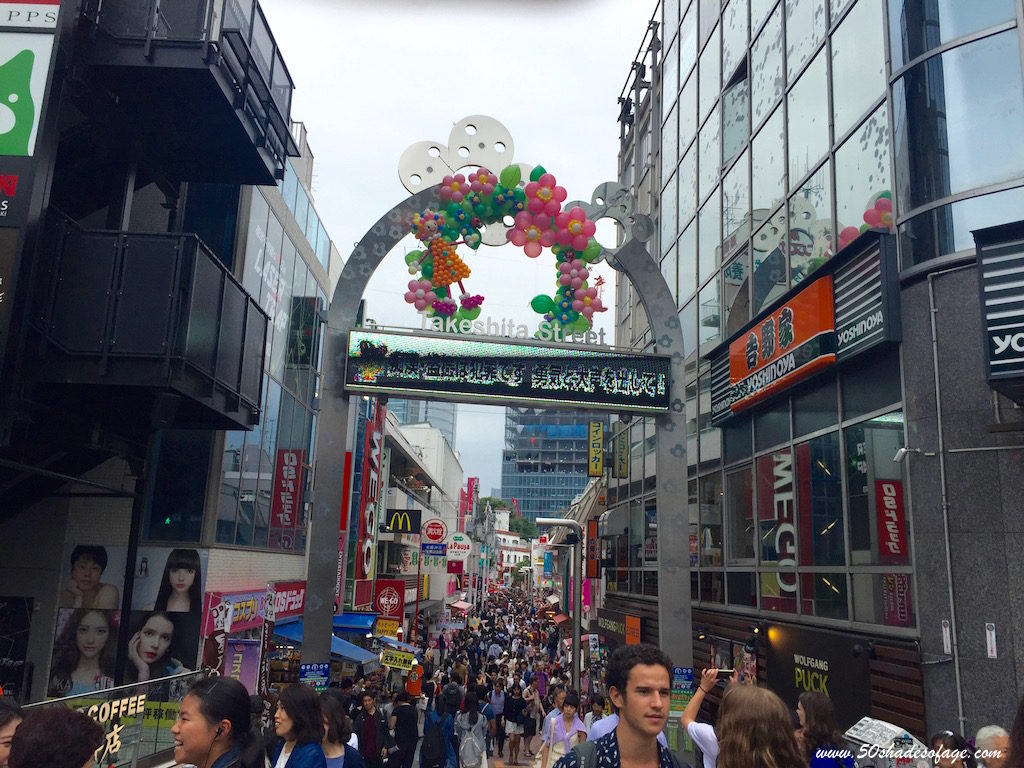 At the end of Takeshita Street is the Harajuka Train Station and beyond that Meiji Shrine and the adjacent Yoyogi Park which take up a large forested area within the densely built-up city. The spacious shrine grounds offer walking paths that are great for a relaxing stroll. 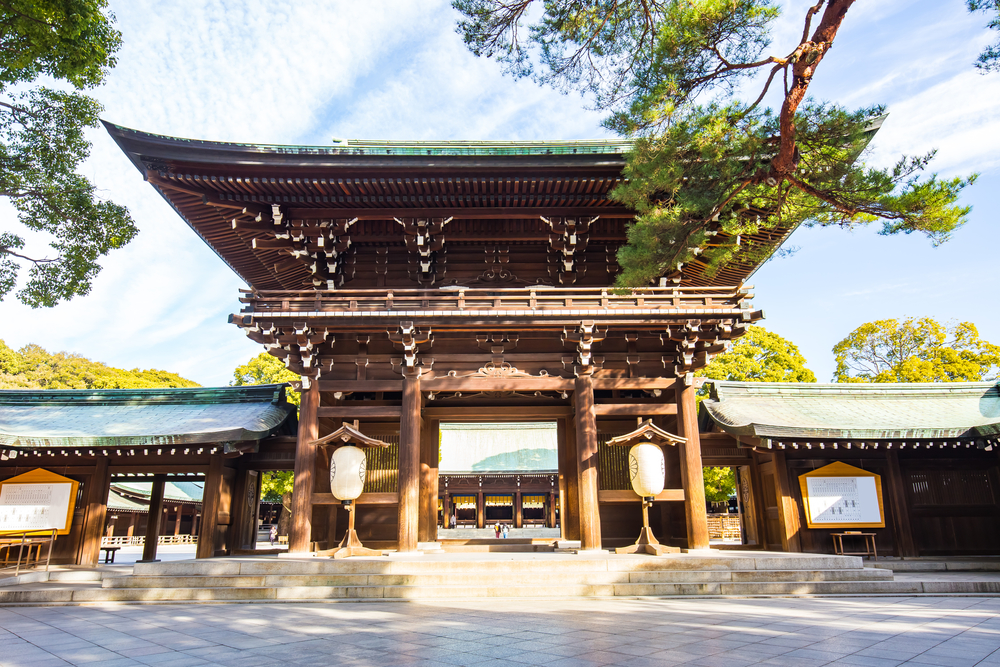 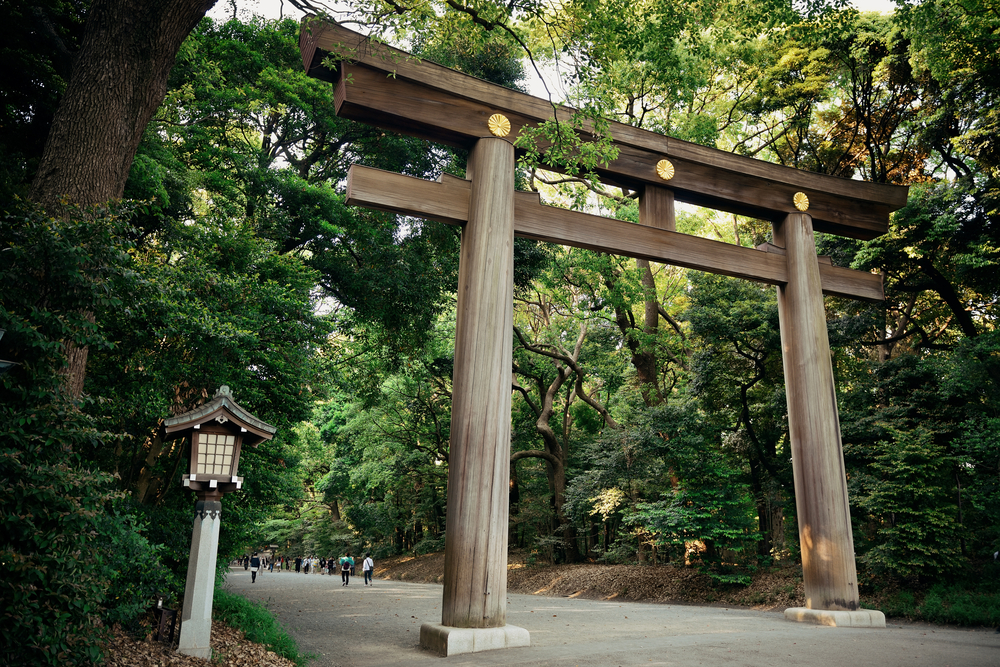 For us this was the end of our 24 hours in Tokyo, as we boarded the metro at Harajuka station and made our way back to our hotel and then boarded another train to Haneda Airport.

It was sad to leave this thriving metropolis because I knew there was so much more to see and do. Tokyo is a once in a lifetime experience that everyone should undertake for the unadulterated upbeat vibe this place emanates.

How we got to Tokyo: We flew Sydney to Tokyo direct to Haneda Airport with All Nippon Airways (ANA) and caught the metro from the airport to Shinagawa.

Where we stayed: Prince Hotel Shinagawa located south of the central city and ideally located right near the Shinagawa Train Station.

For lots more things to do and see in Tokyo read The Best 50 Things To Do in Tokyo.

Spread the love
Imperial Palace TokyoJapanTokyoTokyo ShoppingTravel Japan
By 50 Shades, July 22, 2016 Kathy was a 50 something year old when she started up this blog 6 years ago, but has since turned over another decade and is now in her early 60s. She is married with two adult children and lives on the Tweed Coast of New South Wales, Australia. Kathy enjoys living life to the fullest and loves to keep fit and active by maintaining a healthy diet and exercising regularly. Some of her interests include reading, photography, travelling, cooking and blogging! Kathy works part-time as a freelance writer but her real passion is travelling and photographing brilliant destinations both within Australia and overseas and writing about it.