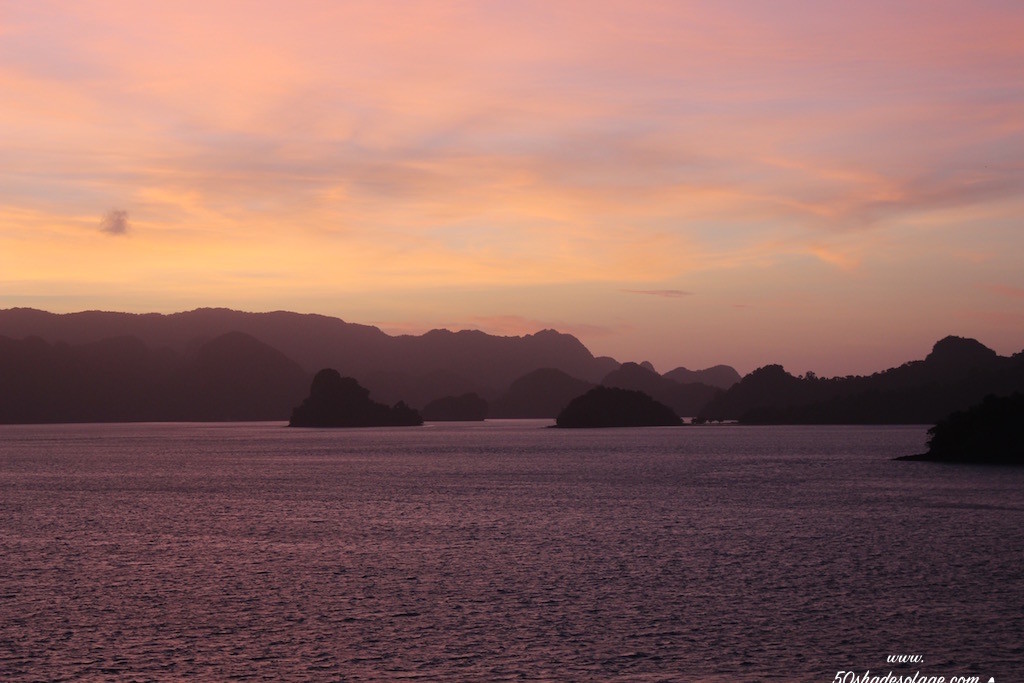 Langkawi, a magical land of legends, contains 99 islands on the Northwestern shore of Malaysia, situated where the Indian Ocean narrows down into the Straits of Malacca.

There are myths dating back to 500 A.D. of legends of celestial beings, demons, warriors, giants, beautiful maidens and gallant heroes, which are so much part of the island’s identity. 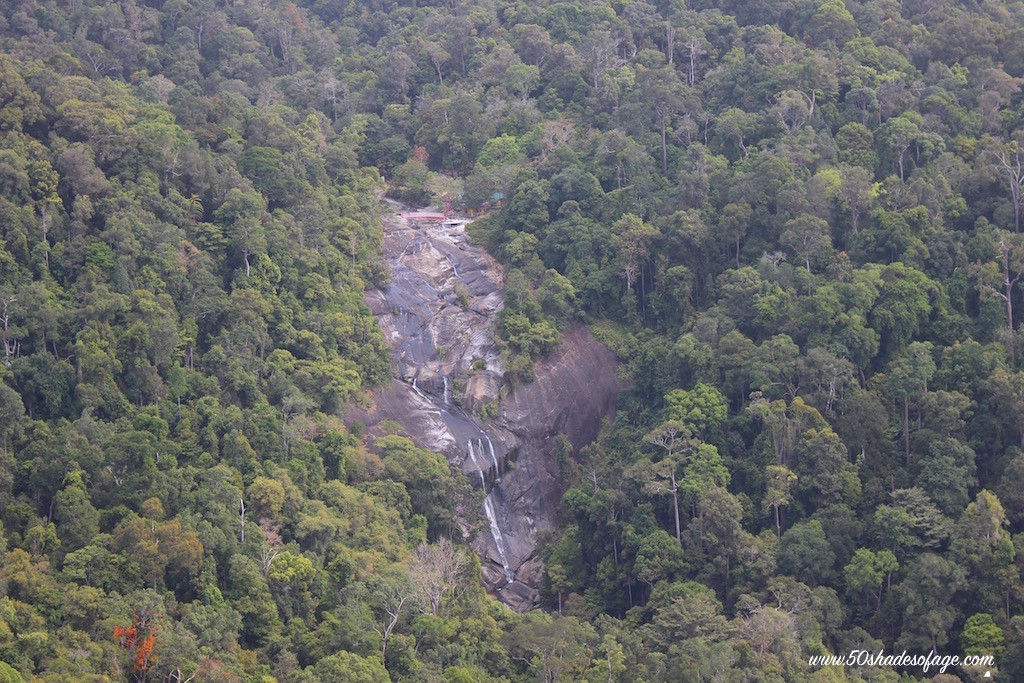 Clad with jungles in the interior, Langkawi Island is fringed by lovely beaches scattered along its coast. The island is still very much a rural landscape with villages and padi fields. But it is also an extremely popular retreat for visitors.

We arrived here on our cruise ship early in the morning and decided to hire a taxi driver to take us to some of the island’s main attractions. 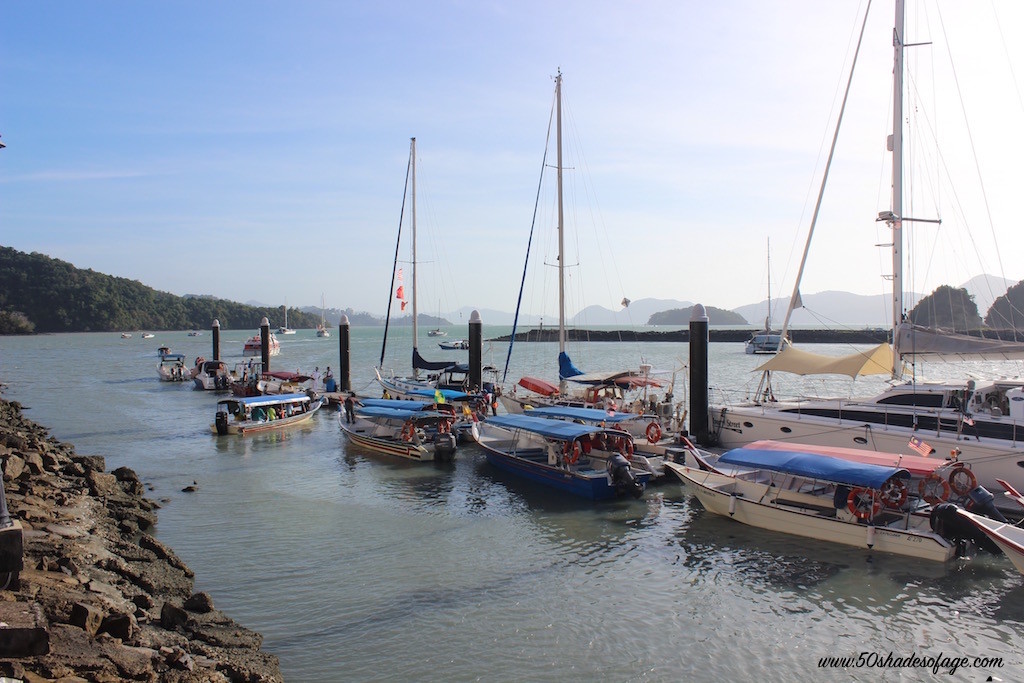 One of the first sights we saw on arrival was the 39 foot tall eagle statue at Kuah Jetty. The significance is that the island is named after the eagle: “lang” is Malay for eagle, while “kawi” is Sanskrit for marble. You will see many real eagles hovering around the skies of the island. 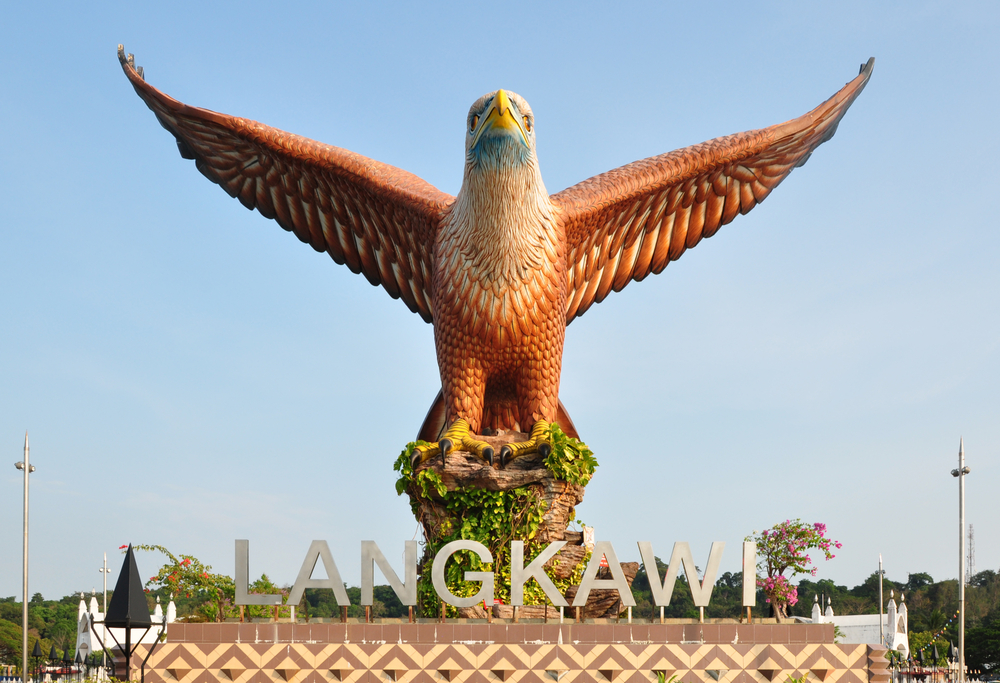 The two main beaches, Pantai Cenang and Pantai Kok, are on the island`s western coast, with Pantai Cenang being the most popular as the venue for hotels and restaurants. Dotted along the northern coast are the most luxurious resorts. 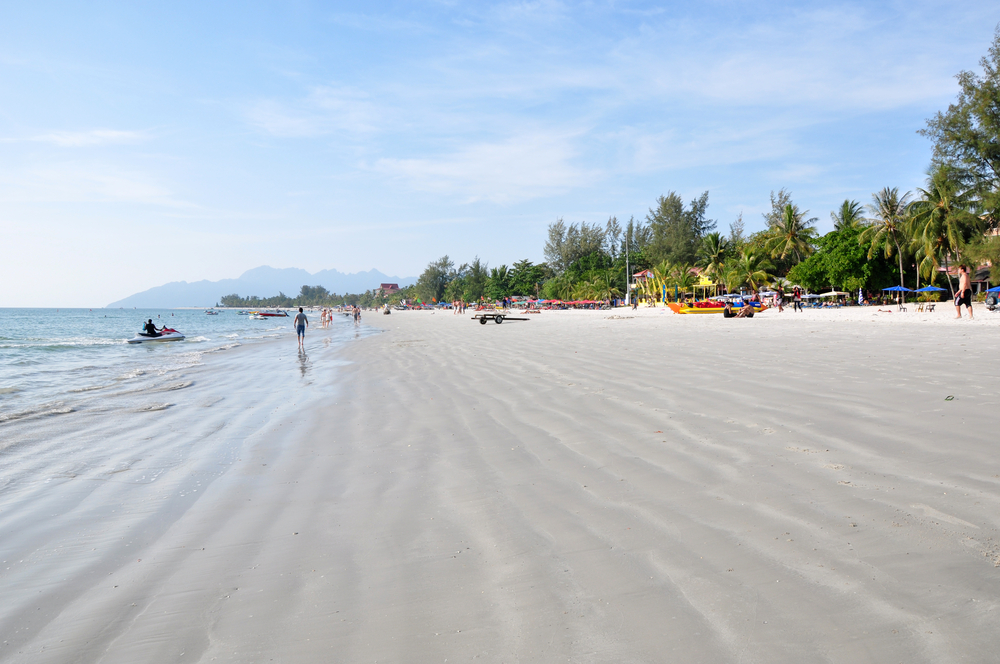 Langkawi is sanctuary to some of the most ancient rainforest in the world,they are teeming with the exotic flora and fauna. During our drive into the mountains we saw many Macaque monkeys along the roadside, so we stopped to photograph them. 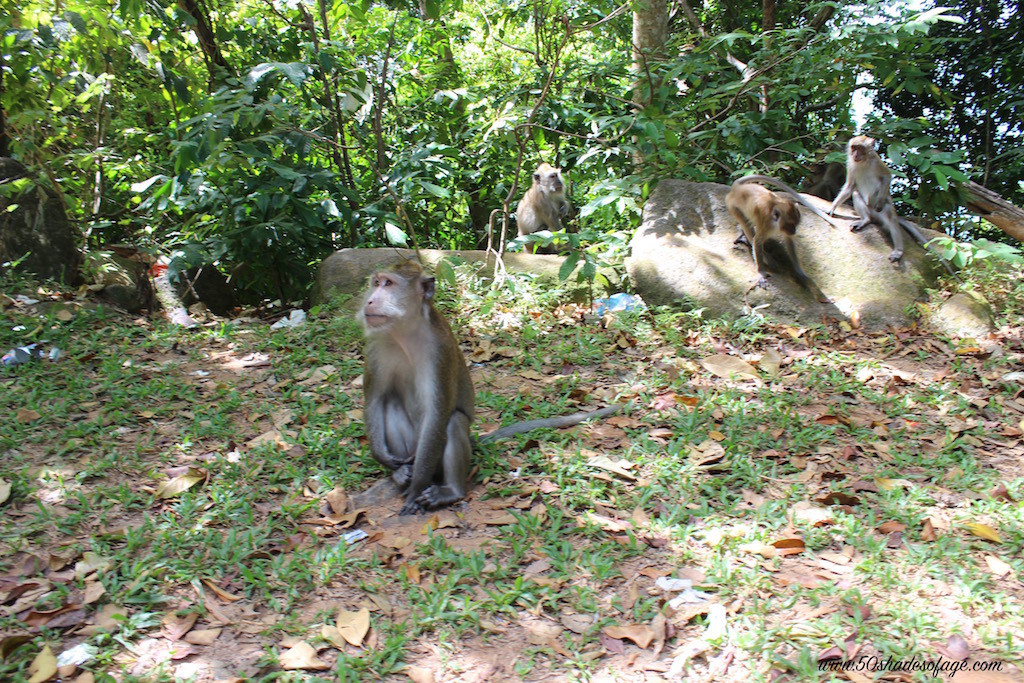 One of the best ways to get a bird’s eye view of the beauty of this island paradise is getting on the cable car to Langkawi’s second highest peak at Oriental Village. Rising up to 2,000 feet you reach the top of Mt Mat Cincang, where you can see from Thailand in the north to Indonesia in the southwest. 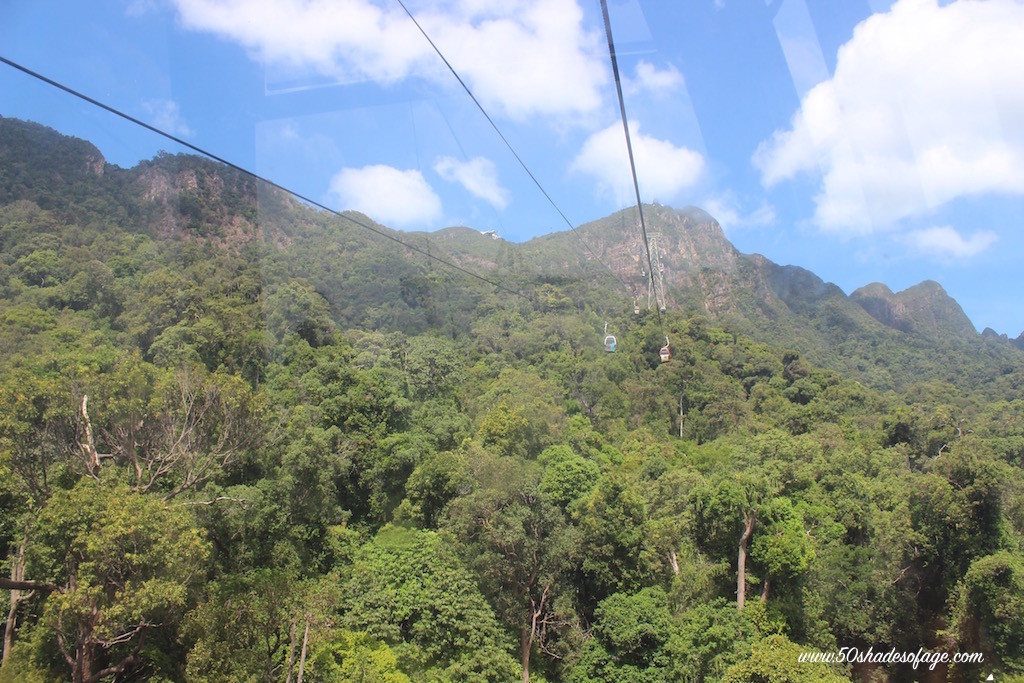 After an exhilarating ride in the cable car to the top of the peak you can walk out onto the skybridge or just relax and have a coffee at the cafe with the most gorgeous breathtaking views out over the rainforests and beaches of Langkawi. 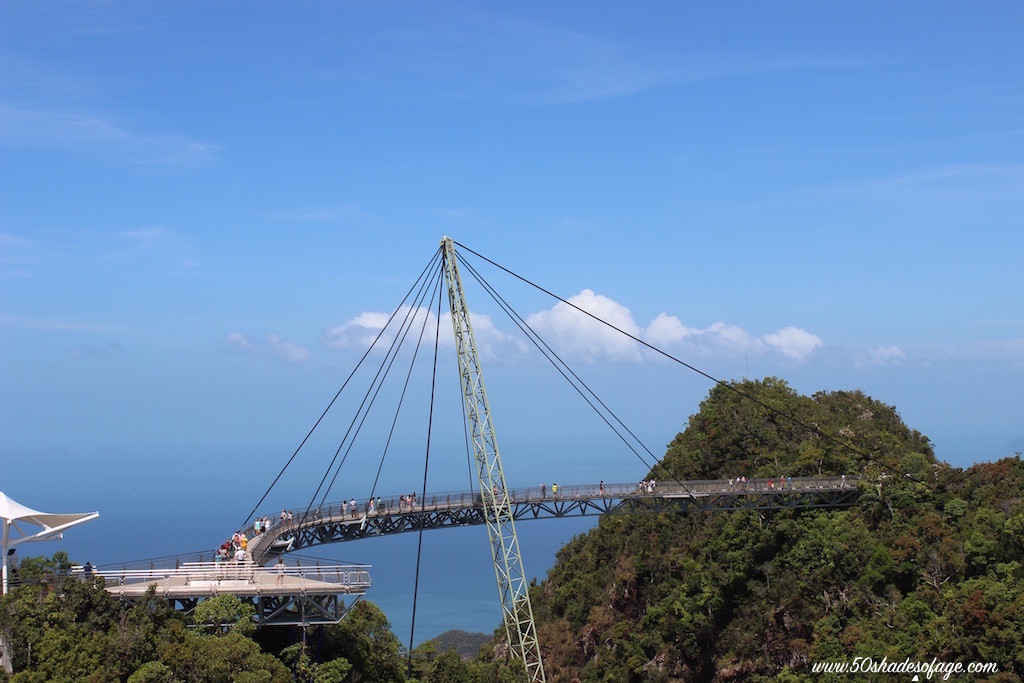 A word of warning however, it took us over two hours of queuing up to purchase tickets for the cable car and then getting in the line up to get on the ride. We felt as though we wasted half of our day undertaking this activity alone, which prevented us from seeing some of the other wonderful sights of Langkawi. 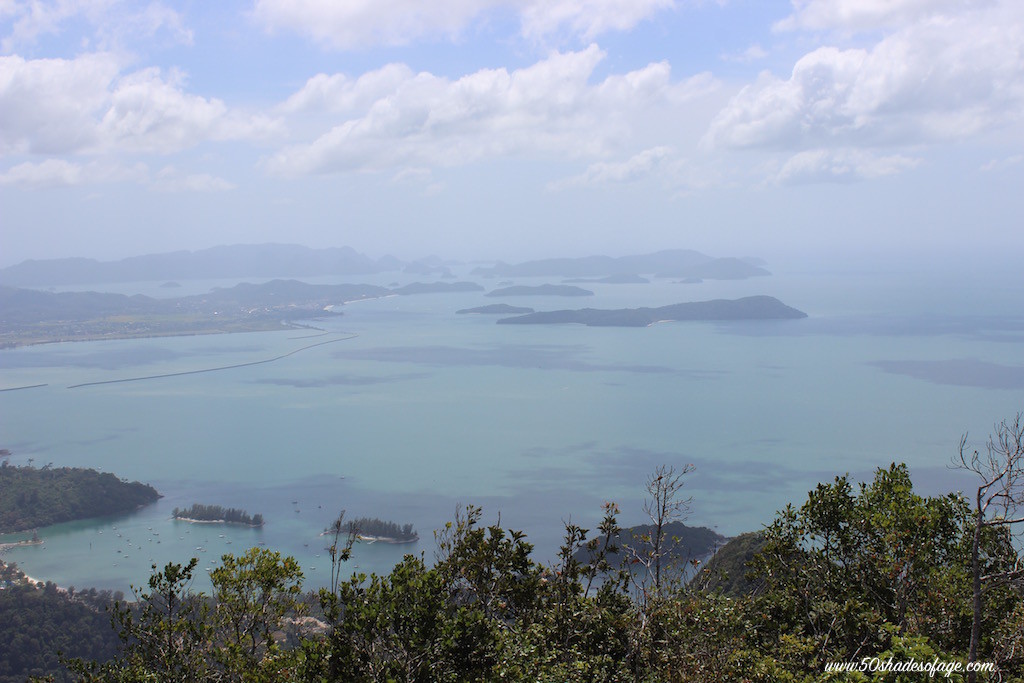 However we spent the two hours browsing the quaint Oriental Village which lies at the foothills of Mt Mat Cincang. Here there is a collection of more than 50 funpark activity and adventure providers, eateries, outlets, souvenir and retail stores, galleries and spas. 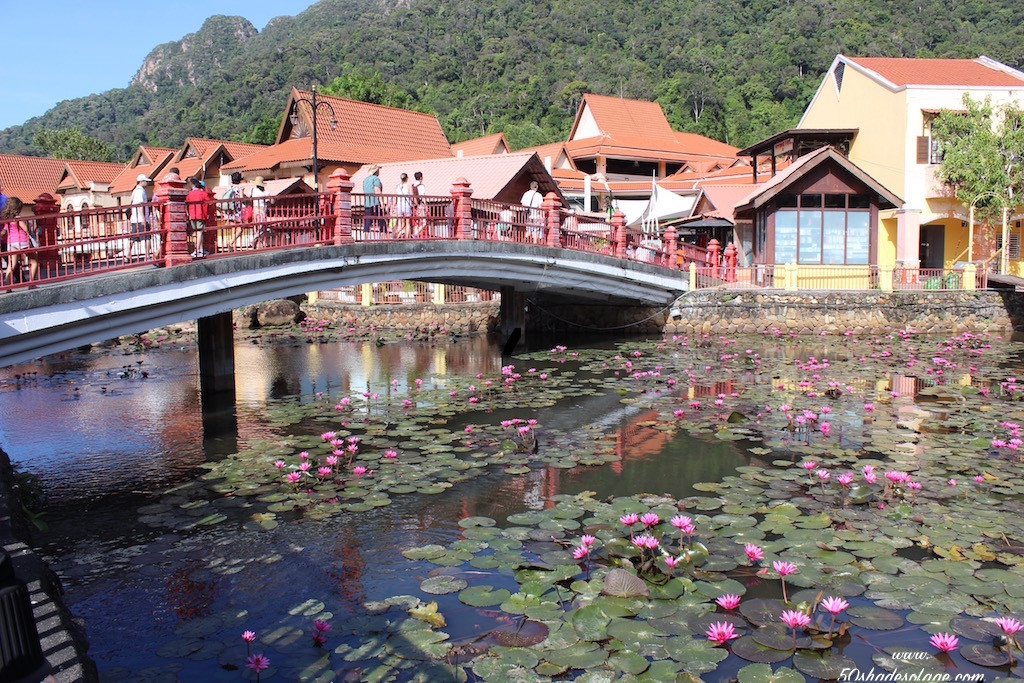 On our drive back to Cenang we stopped to take in the rural countryside comprising of wooden houses on stilts, rice padi fields and farm animals such as oxen and geese. 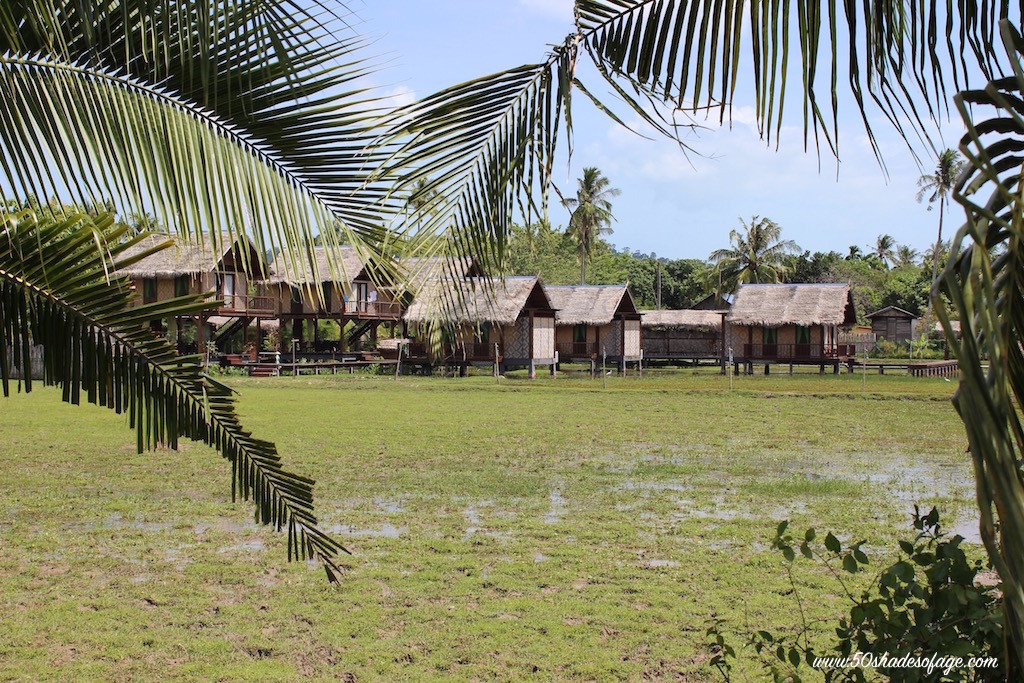 You can visit Laman Padi (Rice Museum) which has the most comprehensive exhibits of artefacts, charts, photographs and actual rice planting tools used in padi fields.

Amongst the many great attractions on Langkawi is a cruise on the Kilim River, which is a Marine Park with a delicate ecosystem of tidal mangroves, lagoons and isolated islands. 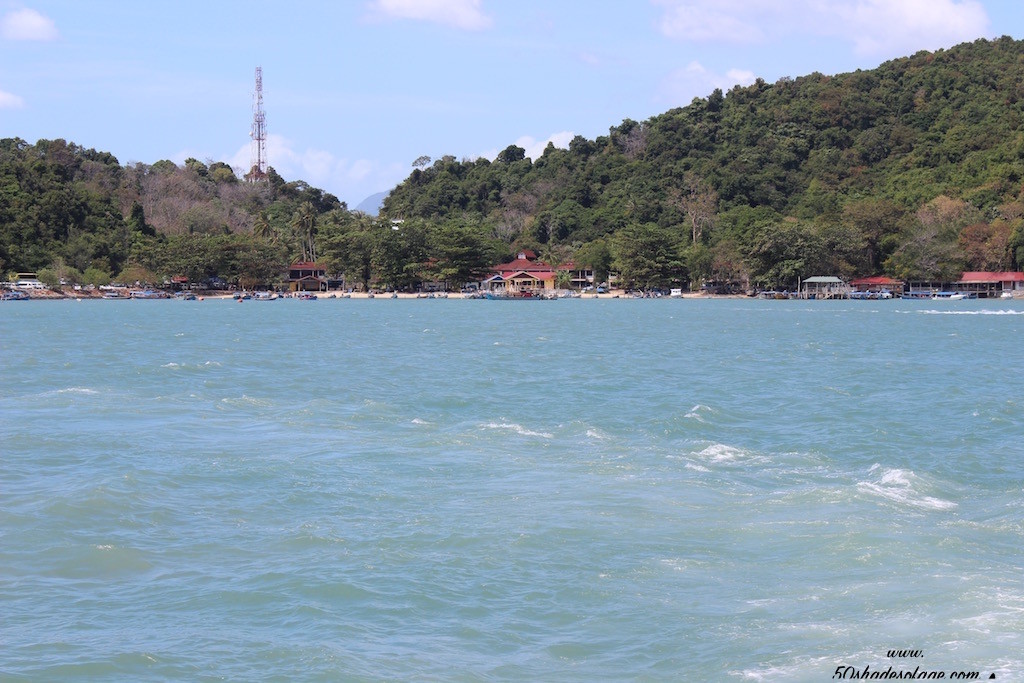 You can also visit Underwater World, Asia’s premium marine and freshwater aquarium, where you can walk beneath a shark tank and venture to both Sub-Antarctic and tropical rainforest environments. 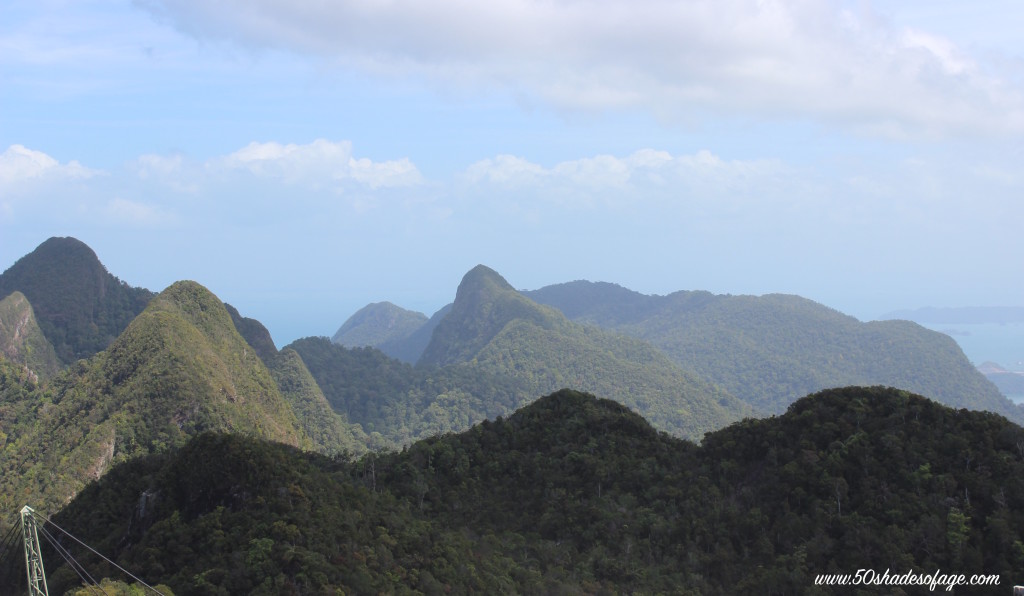 A day in Langkawi left me thirsting for more of this magical land of legends. I would have liked more time to explore the beautiful rainforests, rivers, waterfalls and marine parks; cruise around some of the other 99 islands; or see some of the other gorgeous pristine beaches that Langkawi is renowned for.

I would certainly put this island paradise on my “must-see” list!

Spread the love
LangkawiMalaysiaSouth East Asia CruiseTravel South East Asia
By 50 Shades, April 10, 2016 Kathy was a 50 something year old when she started up this blog 6 years ago, but has since turned over another decade and is now in her early 60s. She is married with two adult children and lives on the Tweed Coast of New South Wales, Australia. Kathy enjoys living life to the fullest and loves to keep fit and active by maintaining a healthy diet and exercising regularly. Some of her interests include reading, photography, travelling, cooking and blogging! Kathy works part-time as a freelance writer but her real passion is travelling and photographing brilliant destinations both within Australia and overseas and writing about it.