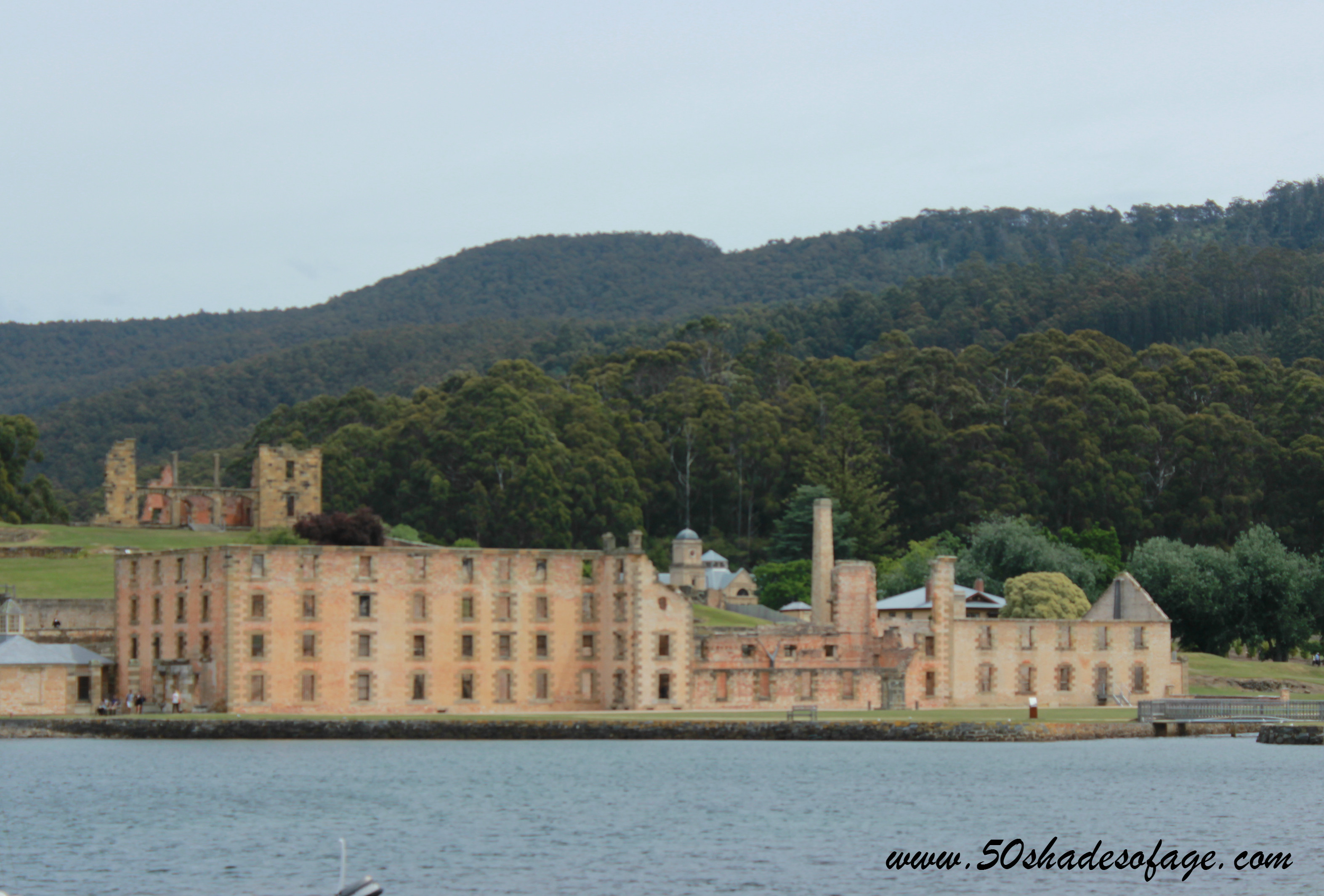 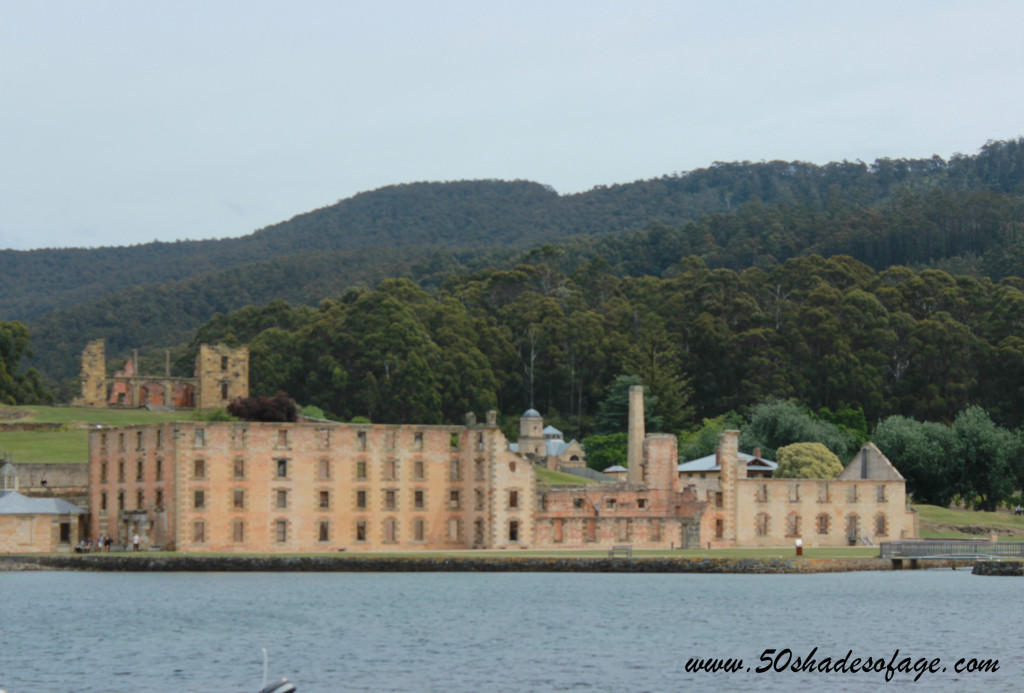 View of Port Arthur from the Harbour

Let me tell you a story about a boy called Joseph Moles, my third great grandfather on my mother’s side of the family. He came, much like a lot of Australians, by convict ship in 1840 to the shores of Van Dieman’s Land (or Tasmania) to Hobart. He wasn’t a hardened criminal, but merely a petty thief, who stole bedding off a river barge, probably because he was freezing or living it rough on the streets of London. Joseph was only 13 years of age when he faced the judge at Old Bailey and was sentenced to transportation to the colonies – Australia. 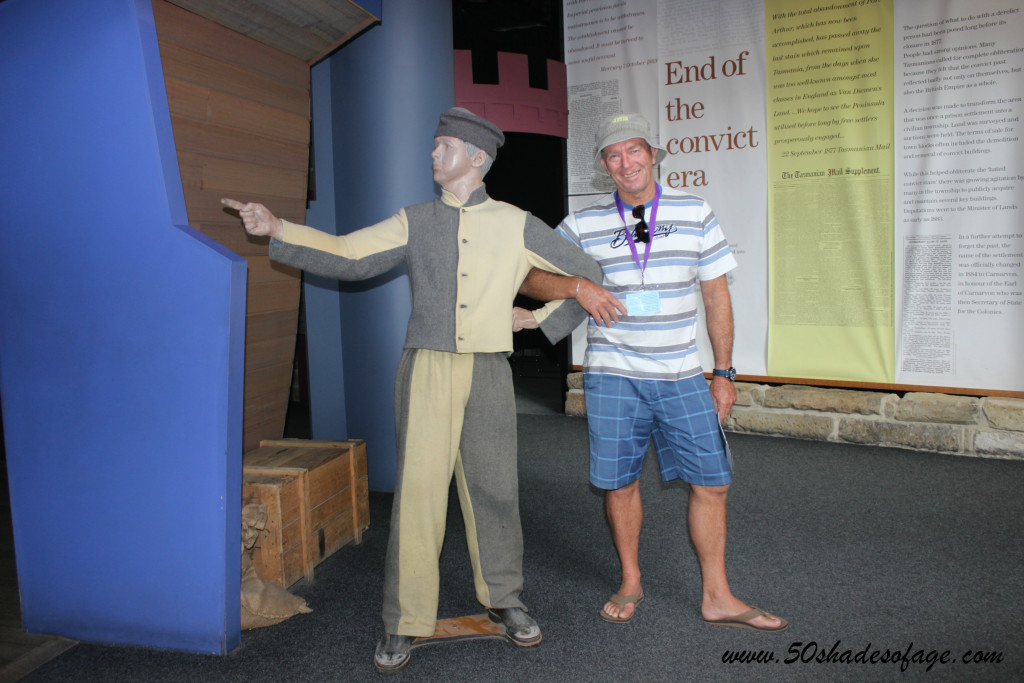 Merely a teenager, and from his records he was a small boy, only standing 5 foot 3 inches tall. Imagine being thrown on a ship with hundreds of other convicts and taking the four month voyage across the ocean to the other side of the world? Imagine being separated from your family, friends and home and being taken to what was probably thought of as a harsh and dangerous land with savages running amok and nasty animals, like snakes, biting insects, poisonous spiders and funny jumping kangaroos? 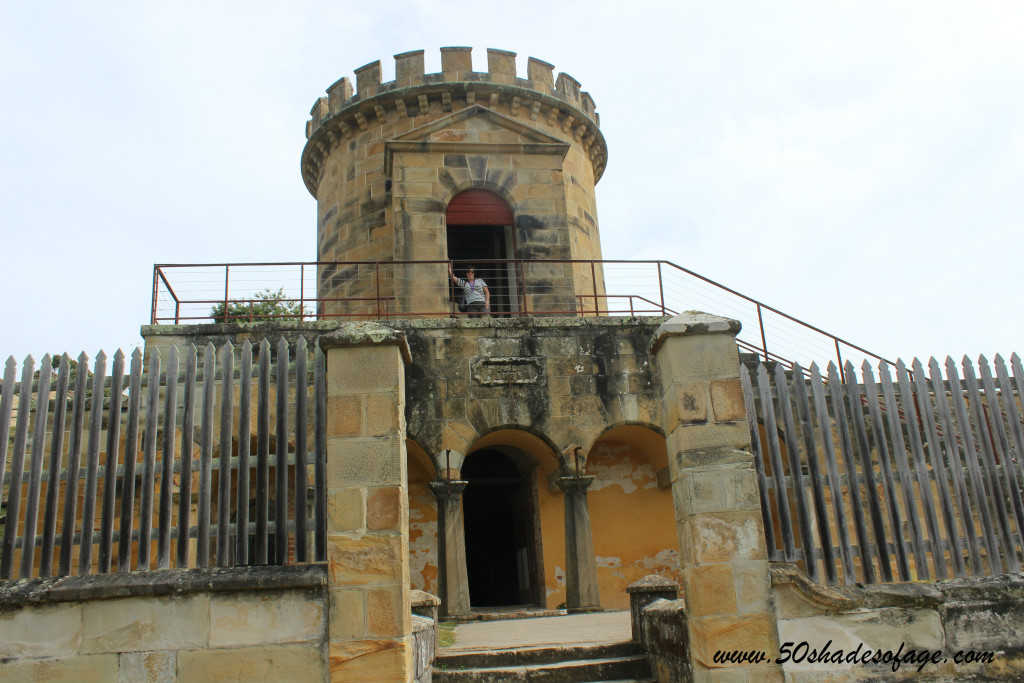 From Ancestry records that I possess, Joseph was not only thrown in gaol in Hobart, but after re-offending he was dispatched to Port Arthur, on the Tasman Peninsula.

How do I know this? His name came up on the computer records that you can access at Port Arthur Historic Site at the museum. 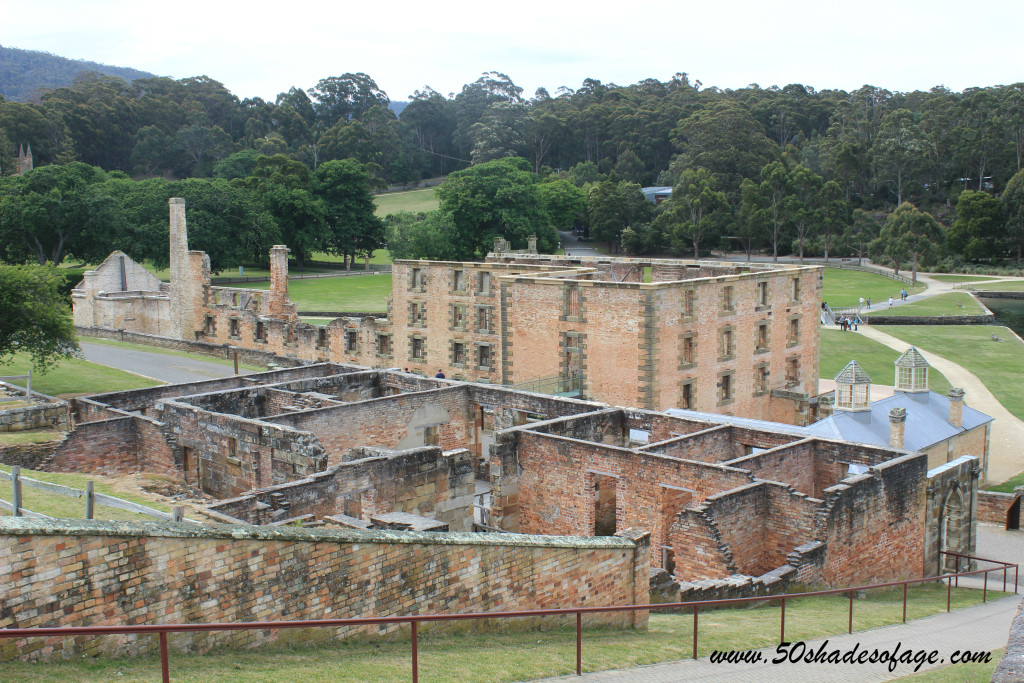 Port Arthur penitentiary was purpose built to incarcerate, punish and rehabilitate the harshest of Australia’s transportees that since arriving on our shores had committed a further crime. It is situated at the most southern tip of Tasmania on the Tasman Peninsula where the only method of escape was by swimming south in the hazardous Southern Ocean or to the north through densely vegetated bushland and a neck of land known as Eaglehawk Neck which was guarded by ferocious dogs and guards. 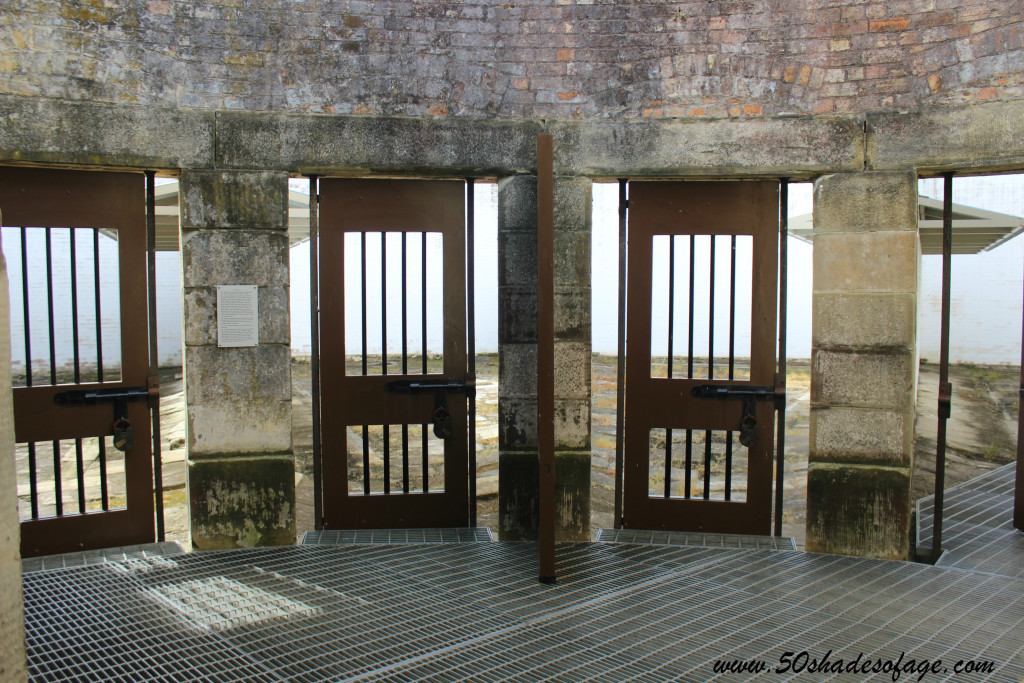 Port Arthur inside the Prison

Hence, Port Arthur was not fenced but was an open area of land on a safe harbour where more prisoners and supplies could be shipped in, but also to ship out timber which was in abundance on the peninsula. Prisoners were locked away of a night time, but otherwise were put to hard labour in chain gangs during daylight hours, cutting timber and rocks, mainly used for construction at the complex. 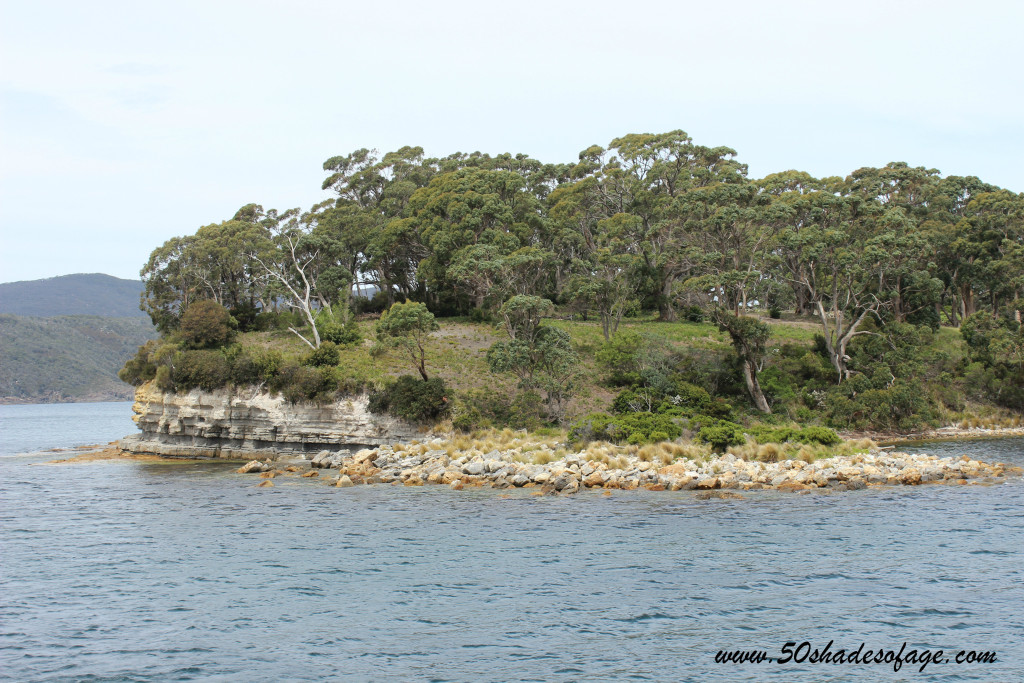 From 1833 Port Arthur was used as a punishment station based on the Pentonville Prison model in England where prisons were ‘a machine for grinding rogues into honest men’. It was a common belief that the best way to punish prisoners was to put them to work, keep them busy and away from the influence of other hardened criminals. It was also believed that they needed harsh discipline (by floggings), religion and in some cases they were taught to read and write or trained in a trade such as carpentry, stone masonry, farming or shipbuilding. 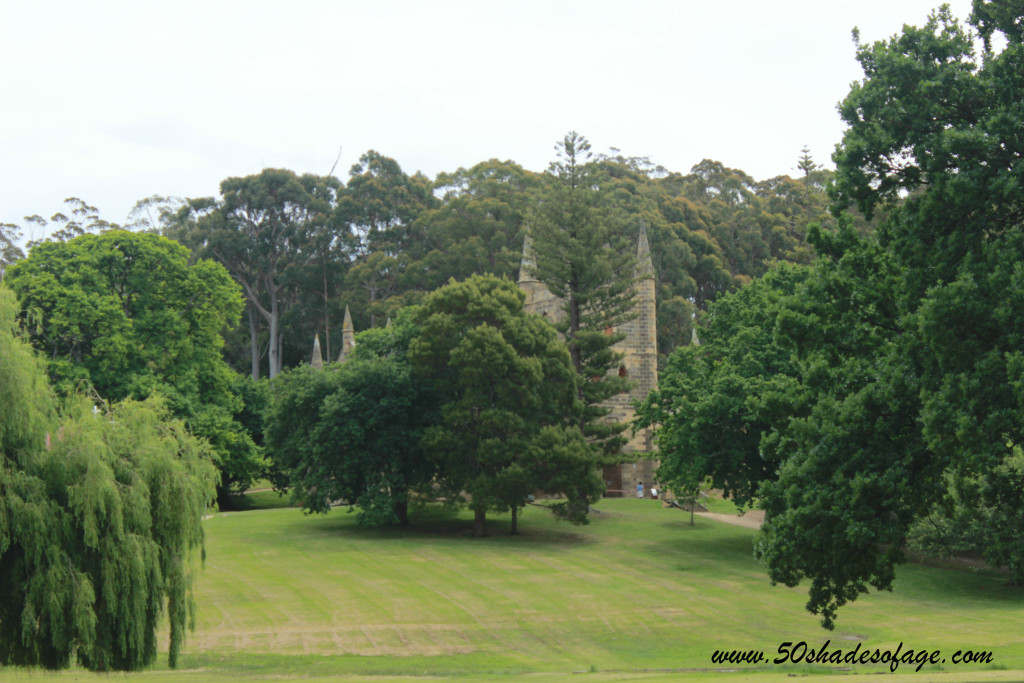 I am guessing that Joseph may have been taught some farming skills because after he served his sentence at Port Arthur he was pardoned, got himself a plot of land and started farming. He married Jemima in 1851 at the age of 24 and had 5 children, but sadly his life was cut short at the age of 31 when he died from a snake bite. 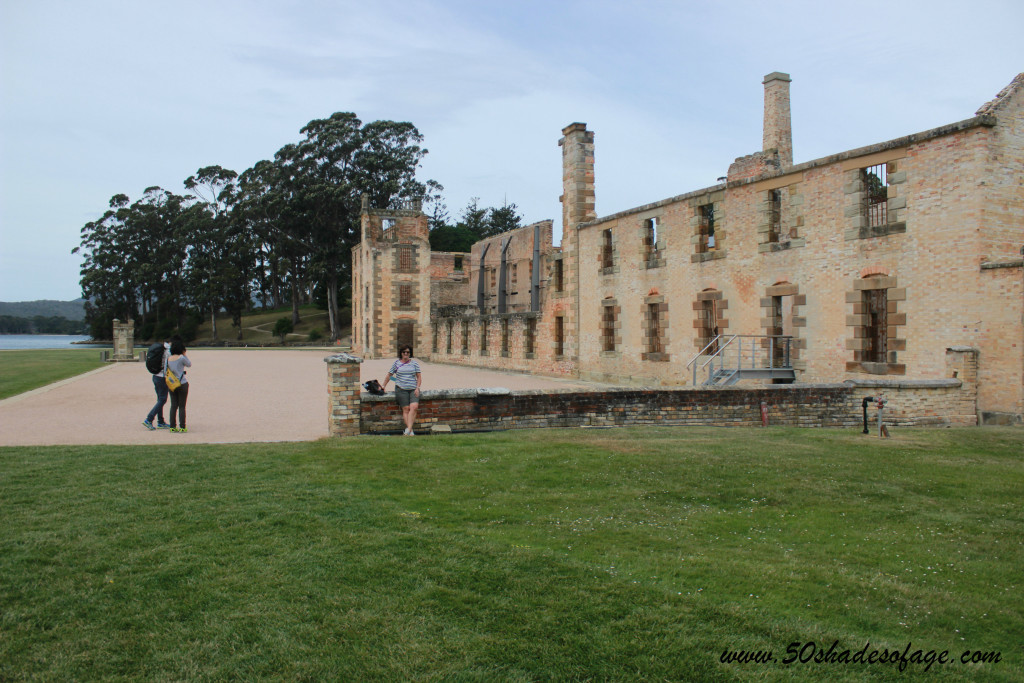 These days Port Arthur is a historic site containing more than 30 historic buildings. Because Port Arthur was more like a community it also housed beautiful homes, a church, hospital, school and acres of glorious gardens for the military personnel and free settlers. 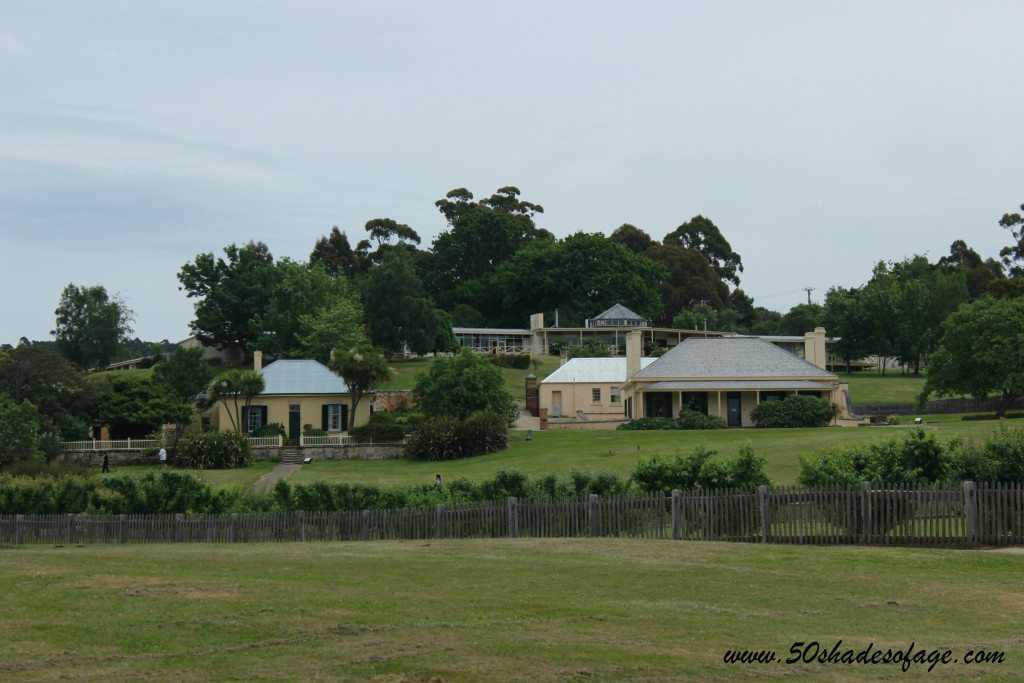 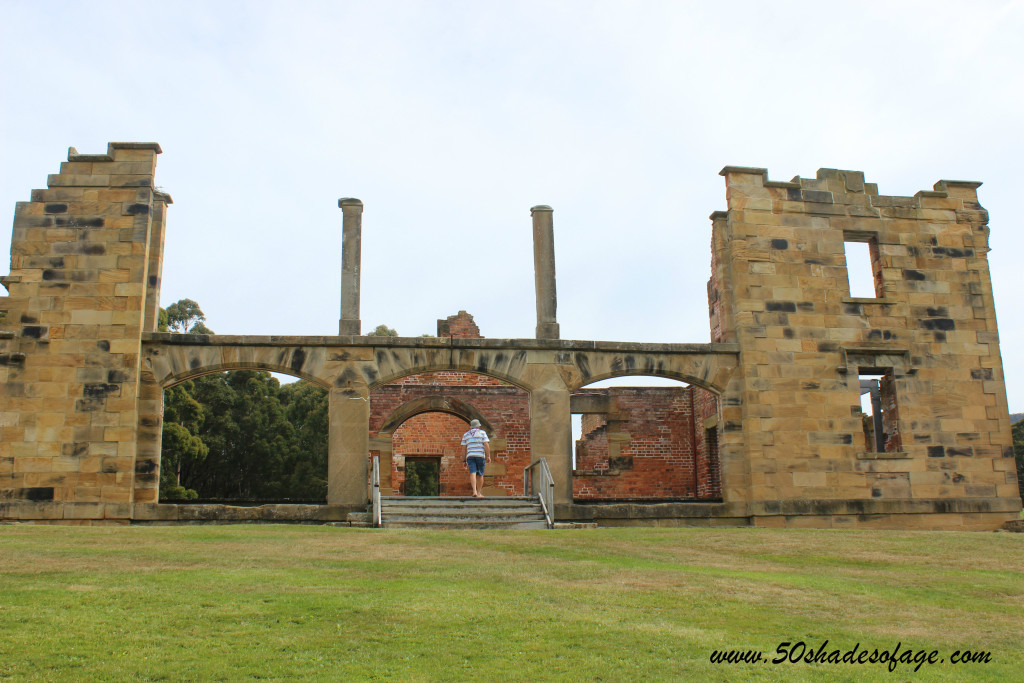 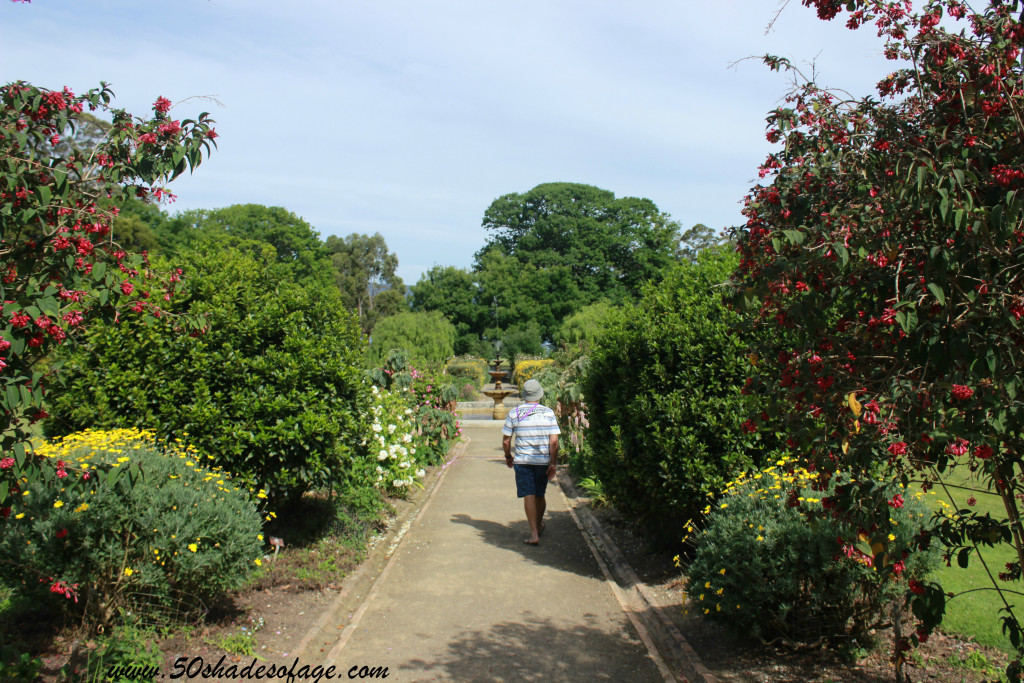 Such an eerily haunting place, not just because of its convict past, but also because of the massacre that occurred here in 1996, when a lunatic armed with a shotgun shot dead 35 people and wounded 20 others in a wild killing spree. Most of the killing was done at the Broad Arrow Cafe. 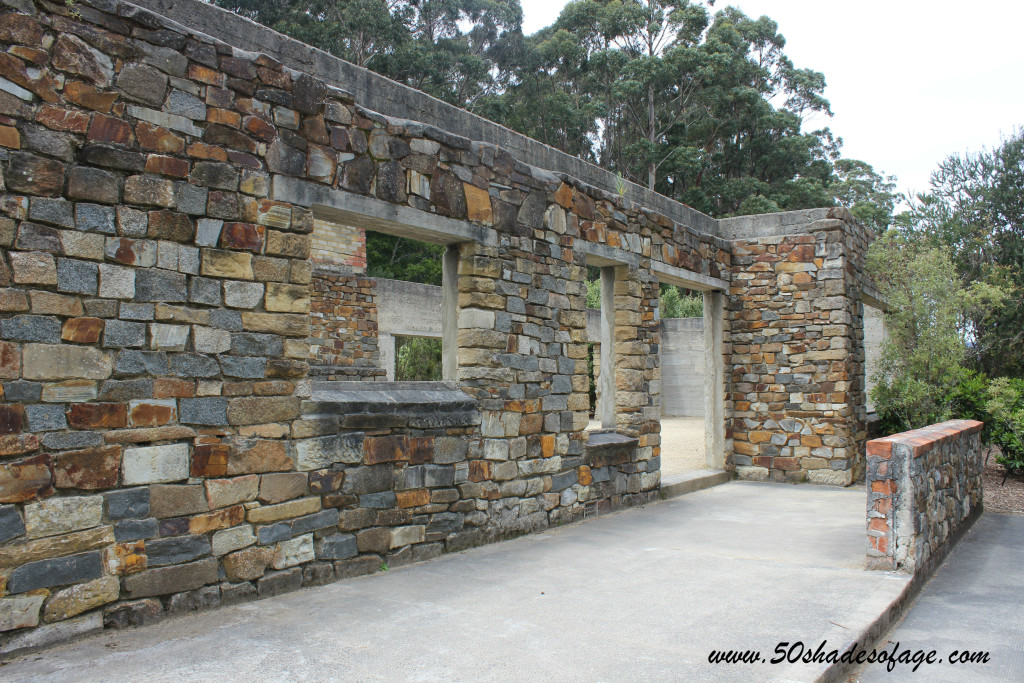 You could easily dedicate an entire day walking around the historic site. There are many added tours that you take including Isle of The Dead Tour, Night Ghost Tour, Point Puer Boys’ Prison Tour and Museum House Talks. 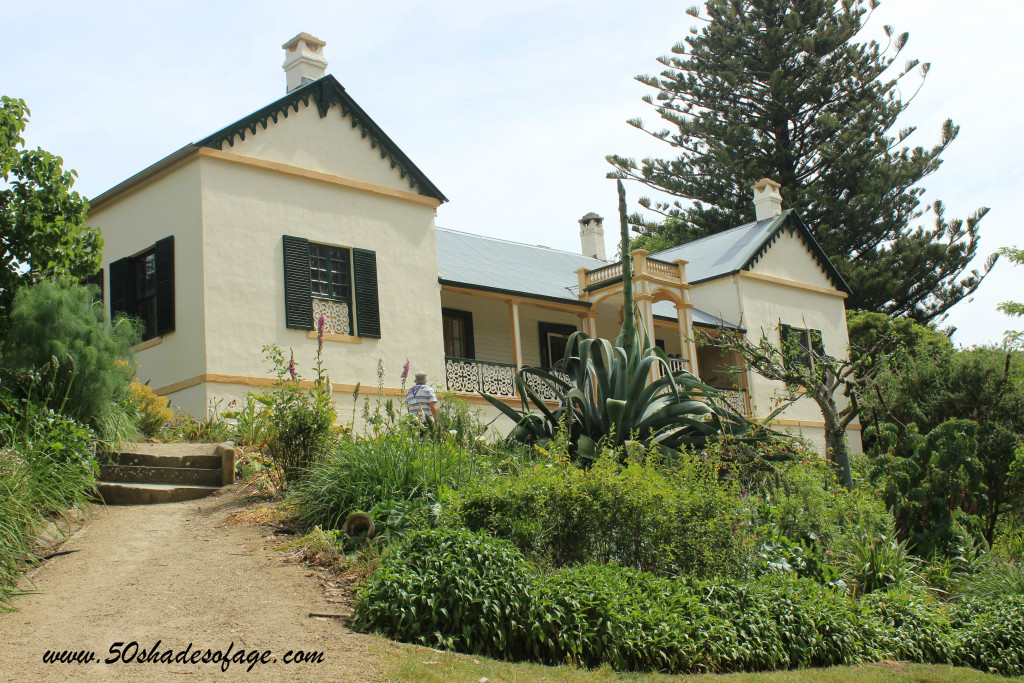 Our tour included a 25 minute boat cruise around the harbour which goes by Point Puer Boy’s Prison Island, where boys were separated from the evil influence of the older male prisoners. It is quiet possible that this is where Joseph Moles spent his confinement here at Port Arthur. It would be interesting to find out.

The harbour cruise also takes you by Isle of The Dead where there are remnants of convict graves scattered atop the island. The tiny island cemetery holds the remains of over 1,000 people; convict and free. 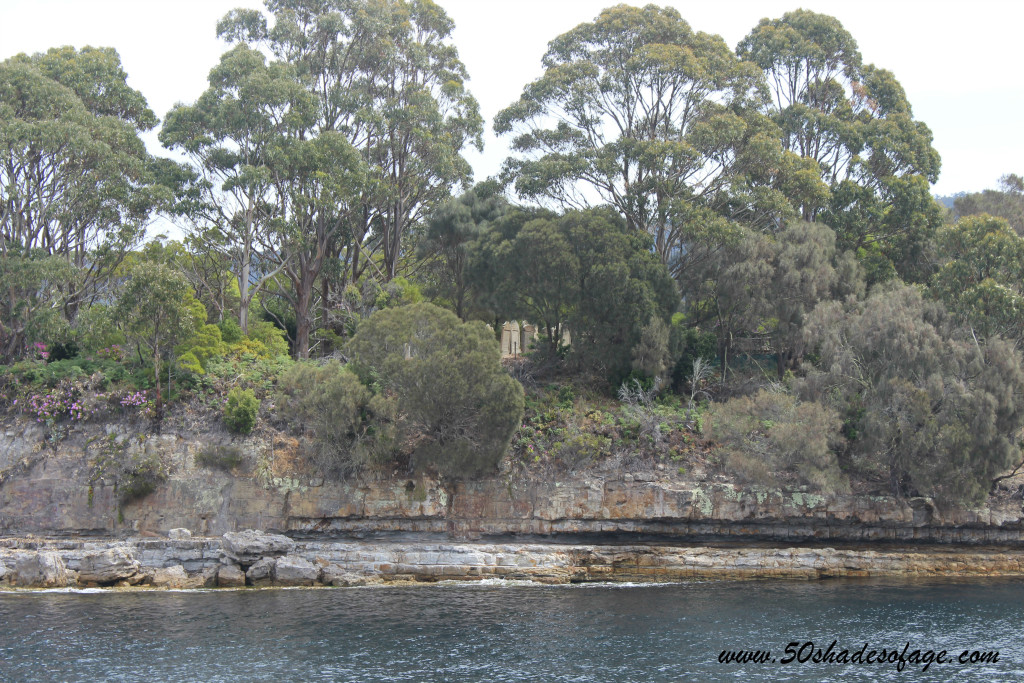 Isle of The Dead

Where is Port Arthur? It is located on the Tasman Peninsula about 60 kilometres south-east of Hobart.

How much does it cost? $37 Adults $17 Children which includes a 40 minute guided tour and harbour cruise.

Where we stayed. Port Arthur Holiday Park which is set amongst amazing bushland and only a few kilometres from the historical site. 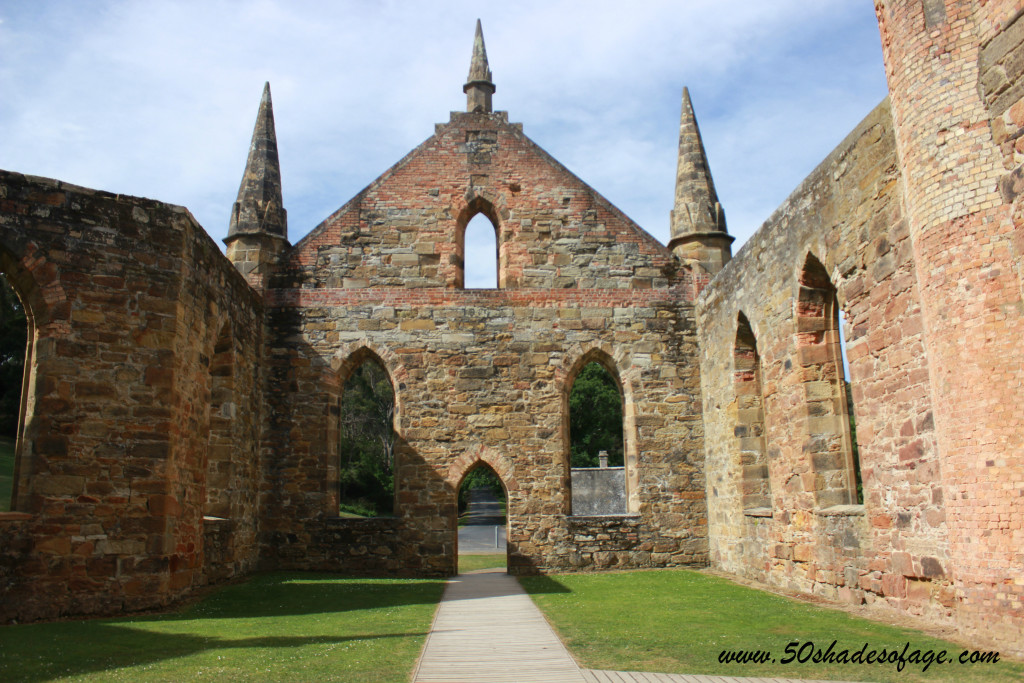 Port Arthur was gut-wrenching but serene, with its beautifully landscaped gardens and tranquil harbour. I can’t even imagine what it was like for poor Joseph Moles to be a prisoner here. However I now have more understanding of the hardships that my ancestor endured and think it was wonderful that he lived to be a free man and was able to have 5 children, including my great great grandfather who was also named Joseph.

Next stop is a tour of the Tasman Peninsula. Yes there is more to this place besides Port Arthur Historical Site!

Spread the love
Convict AustraliaPort ArthurTasman PeninsulaTasmaniaTravel Tasmania
By 50 Shades, December 18, 2015 Kathy was a 50 something year old when she started up this blog 6 years ago, but has since turned over another decade and is now in her early 60s. She is married with two adult children and lives on the Tweed Coast of New South Wales, Australia. Kathy enjoys living life to the fullest and loves to keep fit and active by maintaining a healthy diet and exercising regularly. Some of her interests include reading, photography, travelling, cooking and blogging! Kathy works part-time as a freelance writer but her real passion is travelling and photographing brilliant destinations both within Australia and overseas and writing about it.