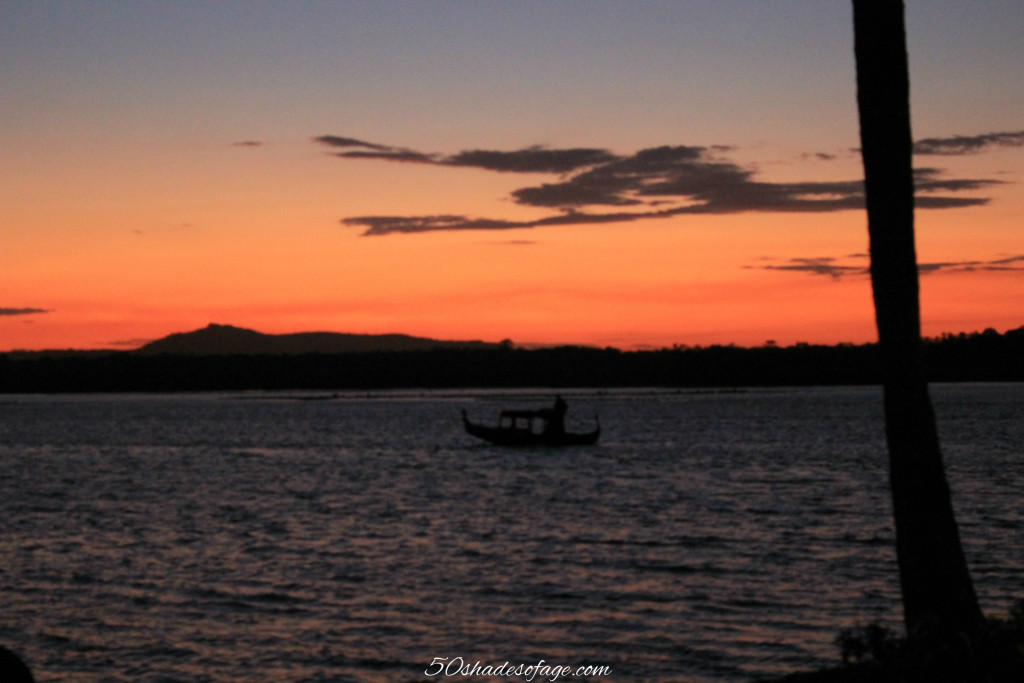 A few weeks ago I was fortunate enough to be on assignment at one of Queensland’s sought after holiday destinations, Noosa Heads on Queensland’s Sunshine Coast. Whilst I was there I learnt something new about this place, and that was it abounds with natural attractions. In fact I would say that Noosa has some of the most amazing natural surrounds out of any holiday destination in Australia.

During my two day stay at this resort town this is what I experienced:

My trek through the Noosa National Park commenced at the entrance at the end of Hastings Street at Little Cove, a lovely little beach. The coastal track initially comprises of boardwalks and concrete pavement but then becomes a dirt track with some rocky sections. As you walk around the headland there are magnificent views over Boiling Point, Tea Tree Bay, Dolphin Point, Winch Cove and then to the point aptly named Hells Gates because of its steep cliffs and deep crevasse. From Hells Gates you get magic views of Alexandria Bay which is a remote and stunning beach. 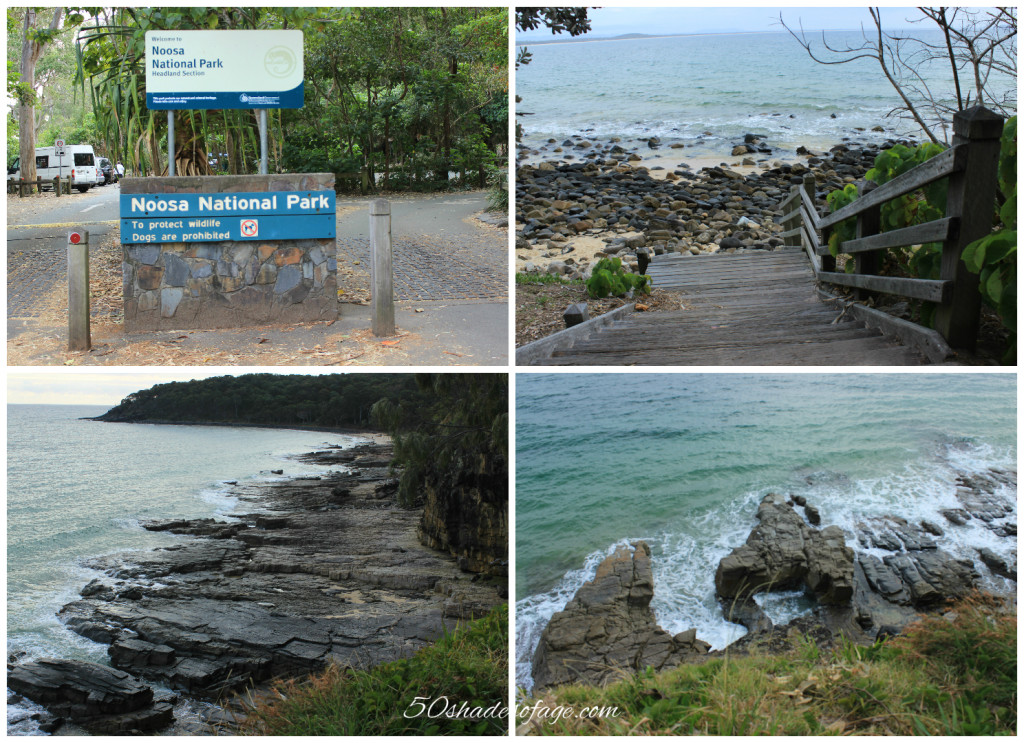 There are over 15km of walking tracks to explore in Noosa Headland which are marked with colour-coded signposts. On hot summer days, the Tanglewood track and the Palm Grove circuit through rainforest, provide cool alternatives to the coastal track. 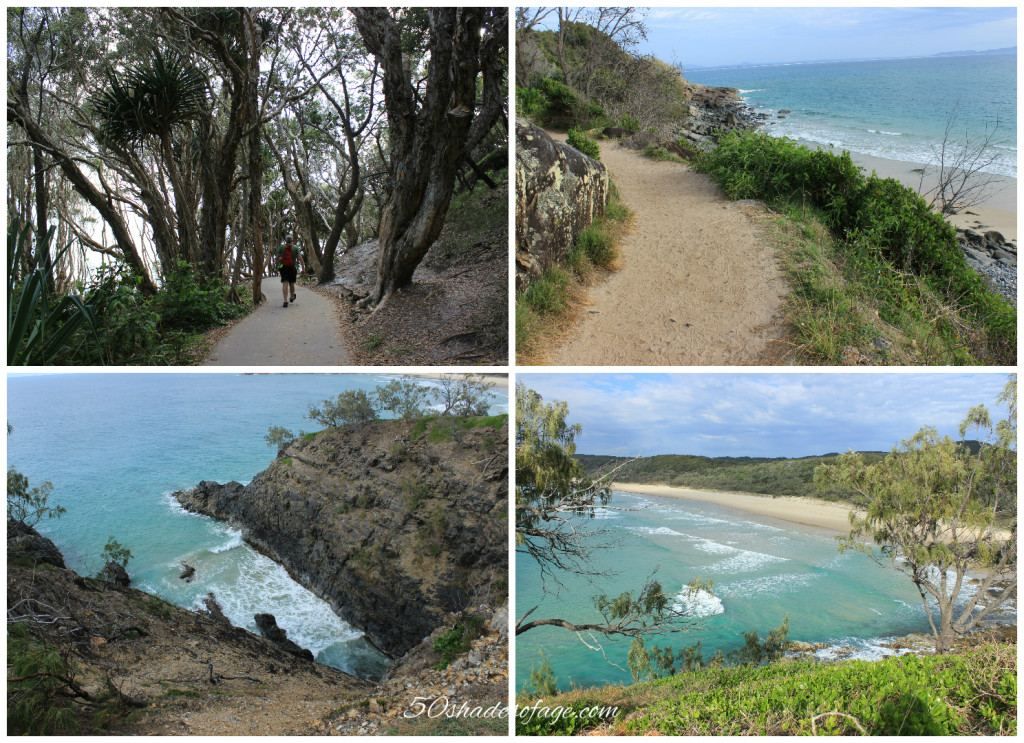 The Noosa River entrance or Noosa Spit, is at the other end of Hastings Street. The river meanders through Noosa’s Noosaville and then south through a lakes district around Tewantin. Noosa Spit beach is a dedicated off-leash dog beach and is also a popular picnic spot and for river boats to pull in to spend the day. 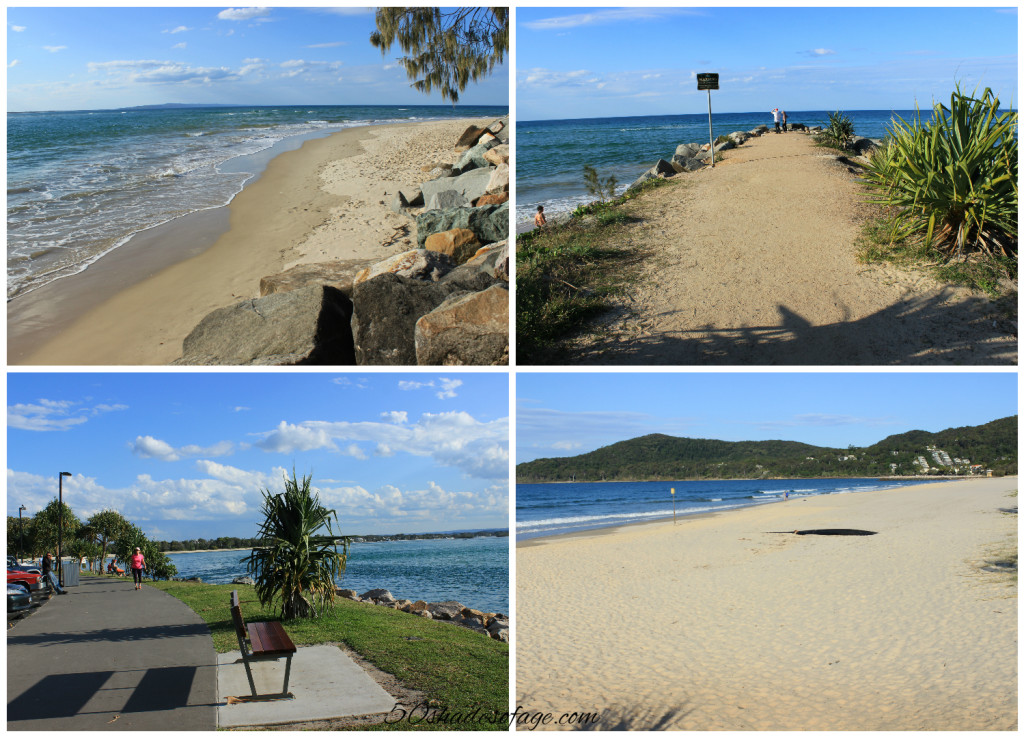 The sandy banks of the river are a safe place for swimming but also offers endless water activities like jet skiing, sailing, kayaking, standup paddle boarding, boating and fishing. You can board a river cruise, jump on the river ferry or hire a boat which is the best way to experience the river. For nature buffs there are great eco cruises that take you out to the Noosa Everglades where there is stunning scenery, plants, animals and abundant birdlife. 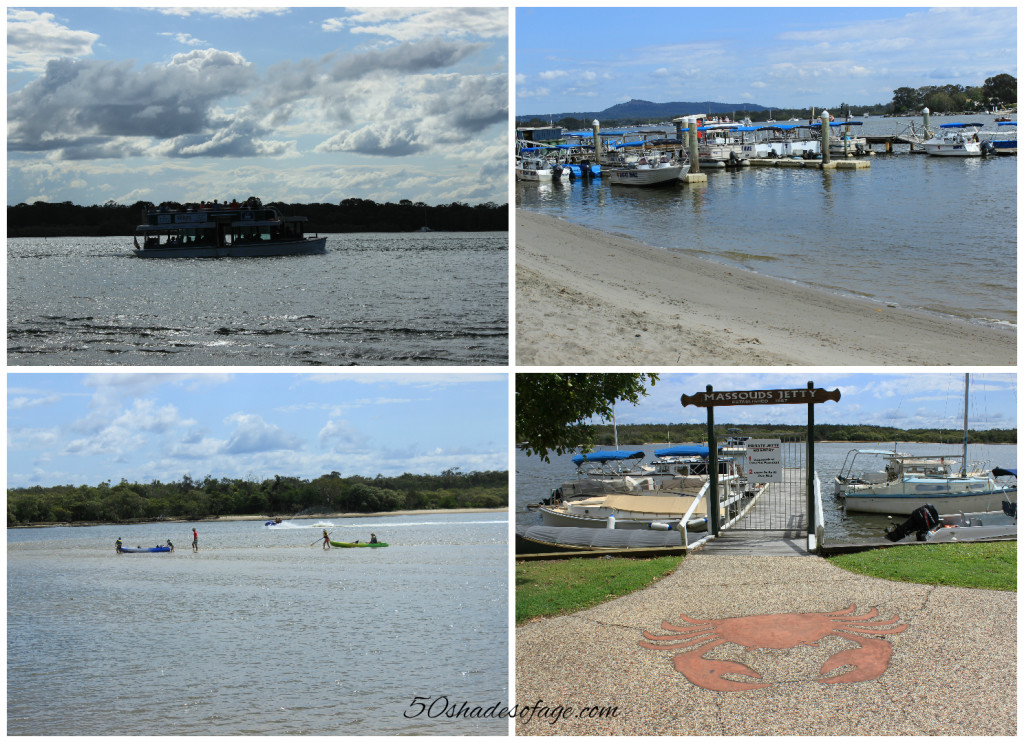 Mount Tinbeerwah is in the Tewantin National Park, just 2km west of Tewantin and 10km from Noosa along Cooroy-Noosa Rd. This easy climb offers panoramic 360 degree views of the northern end of the Sunshine Coast over Noosa Heads and the hinterland.  The walk to the summit is a 1km return trip from the car park over rocky sediment up to a small sheltered lookout. On the day I was there a small group of abseilers were harnessing up to descend down the rocky cliff face of the western side of the mountain. 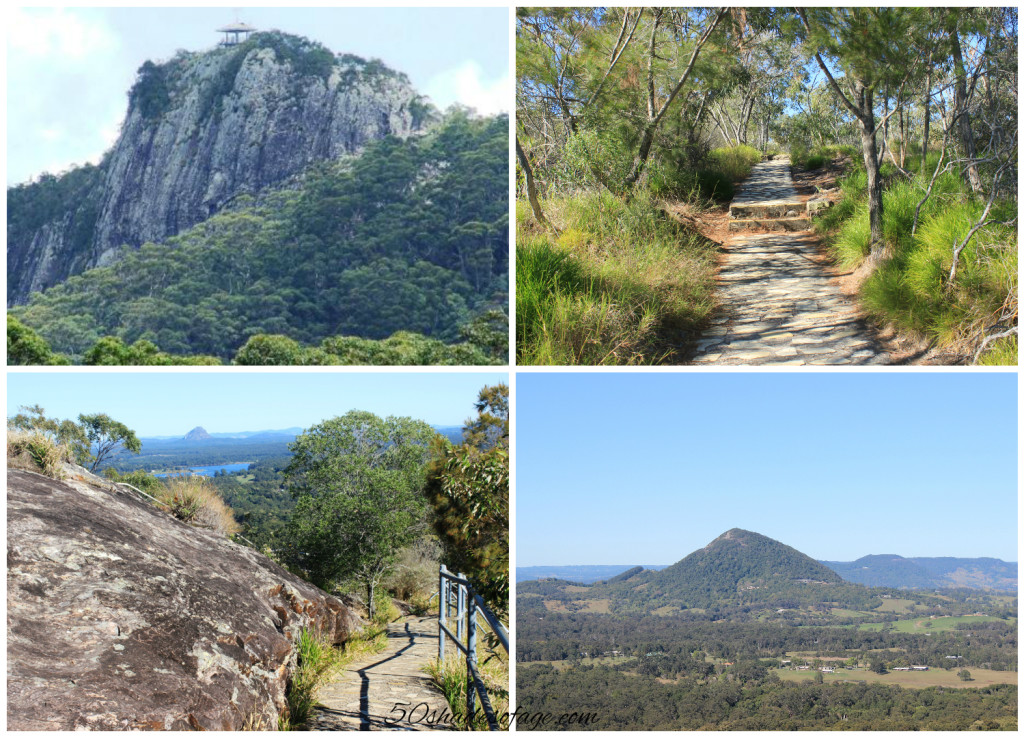 The Noosa Botanic Gardens are located 20kms from Noosa Heads near the hinterland town of Cooroy, on the shores of Lake Macdonald. The lake is in fact a reservoir that supplies water to the Sunshine Coast.

The gardens comprise eight hectares of native and exotic plant species, an open-air bush chapel, a fern house, a lily pond and large lawn areas with winding paths leading to picnic areas. But the main attraction is the large Greek style amphitheatre (a circular structure with rows of seats), where regular live concerts are held. 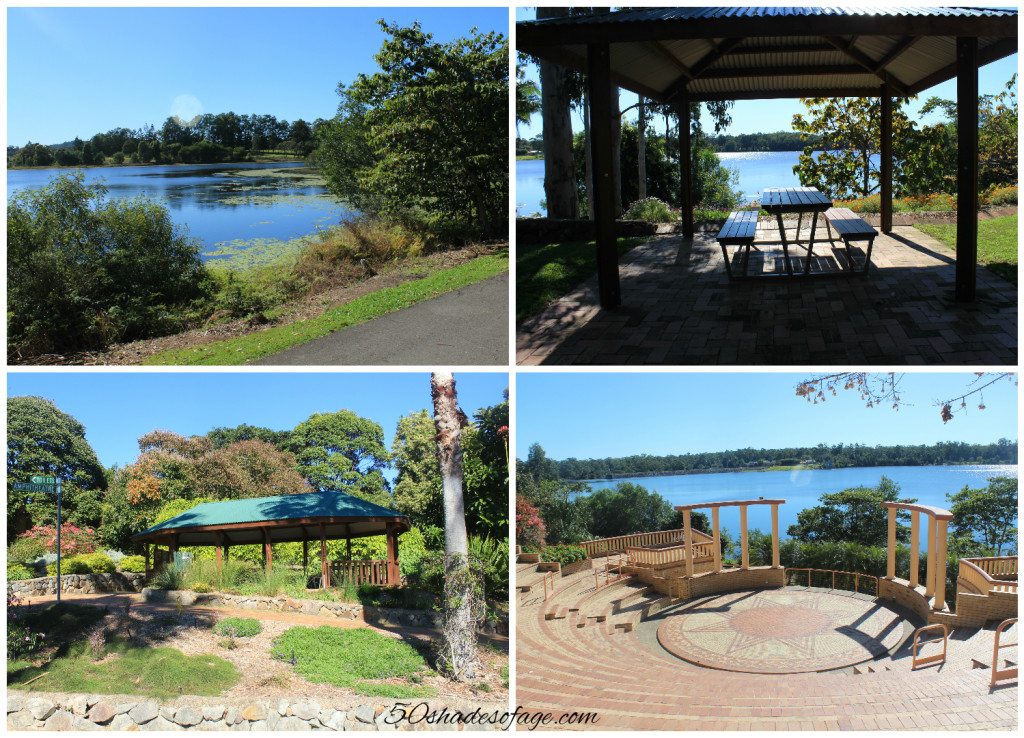 A little historic town, which once housed Noosa’s local council, Pomona is set under the watchful eye of the imposing Mt Cooroora. Characterised by its maintained historic buildings such as the Pomona Hotel, the old railway station which now houses an art gallery and the unique Majestic Theatre, which show silent movies of another era. Pomona is 31kms from Noosa Heads via the country town of Cooroy. 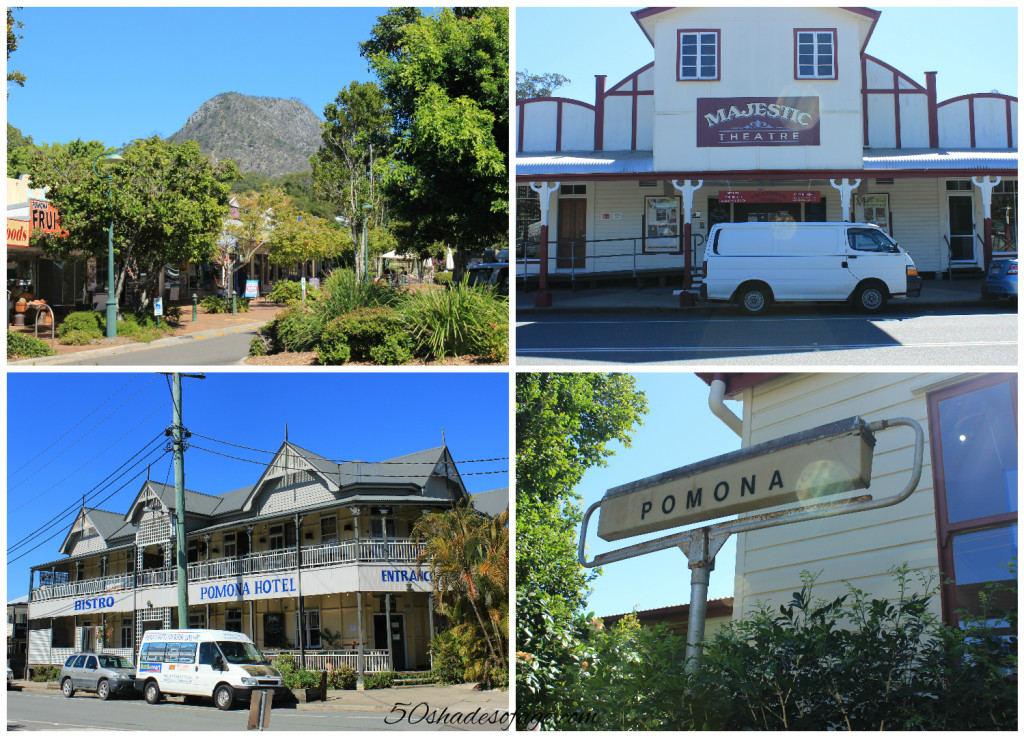 With a main street dominated by magnificent heritage-listed fig trees and buildings from the 1900s, Eumundi is worth a visit. Only 22kms west of Noosa Heads, the town is famous for its Eumundi Markets held every Wednesday and Saturday. The town is full of galleries, clothing stores, cafes and heritage pubs and is a picturesque little place. 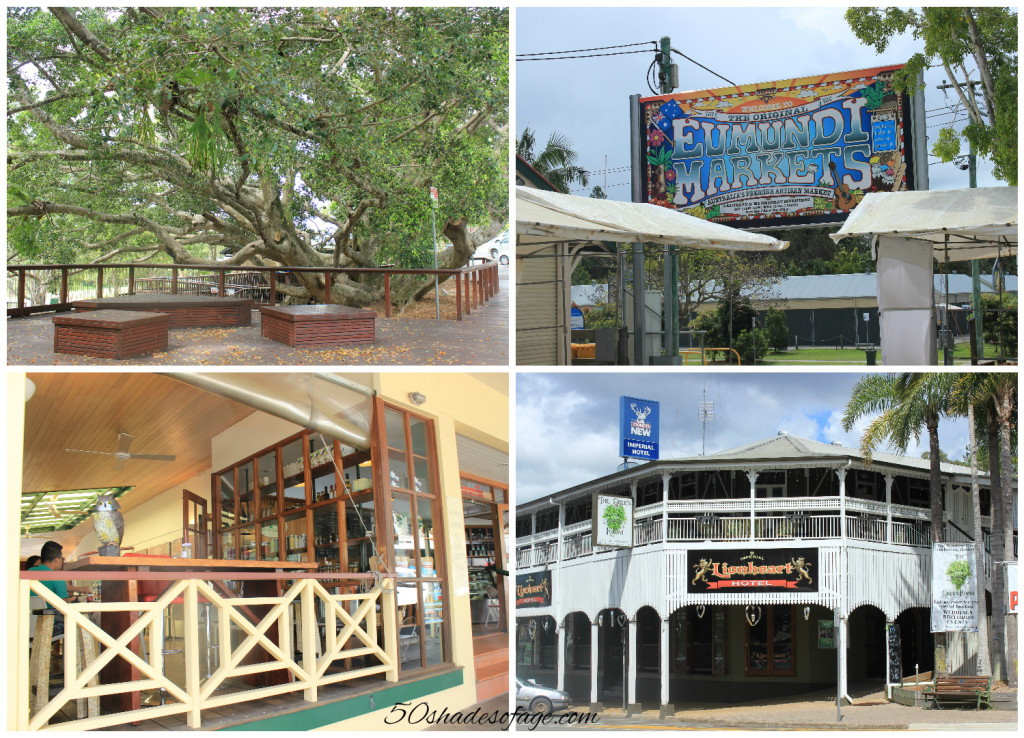 A visit to a beach resort place like Noosa Heads would not be complete without going to the beach. There are actually several beaches in and around Noosa Heads which are worth checking out. 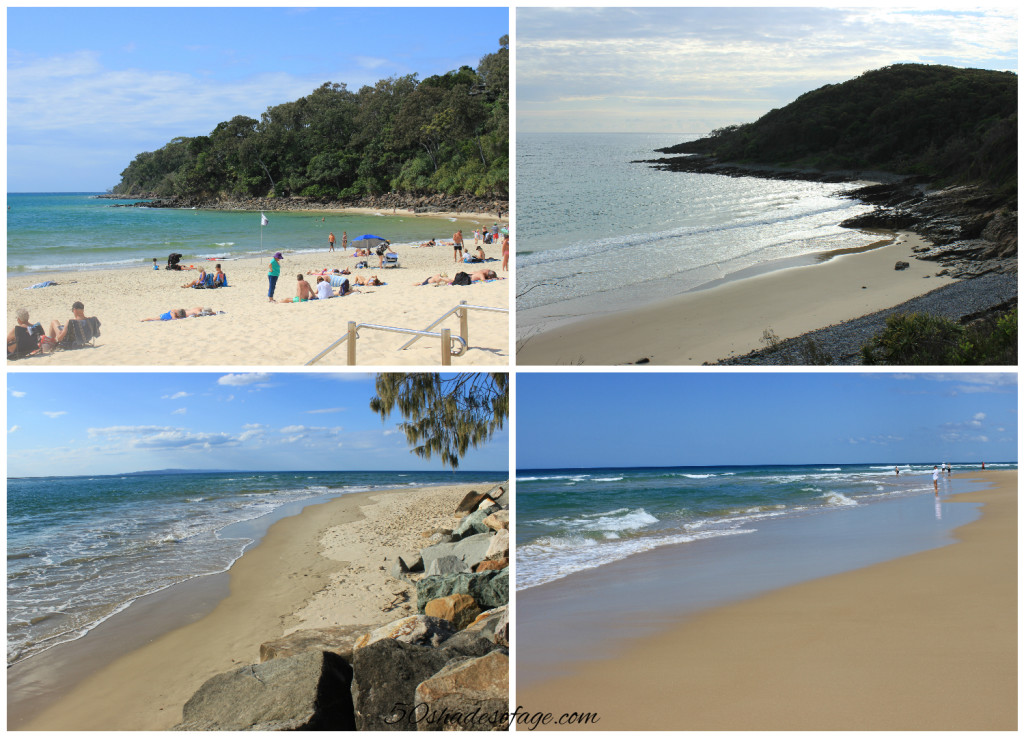 During a whirlwind two days in Noosa I got to do and see a lot of its many local natural attractions. It convinced me that I must return and further experience all the wondrous places there are, that the normal tourist wouldn’t know about. If sun-drenched beaches, stunning national parks, meandering rivers and lakes and lush countryside don’t take your fancy, then I say go someplace else. Noosa Heads is a gem!

Noosa is also a very child-friendly holiday destination. Check out the Top 10 Things To Do In Noosa With Kids.

Spread the love
Noosa HeadsNoosa RiverNoosavilleSunshine Coast
By 50 Shades, September 25, 2015 Kathy was a 50 something year old when she started up this blog 6 years ago, but has since turned over another decade and is now in her early 60s. She is married with two adult children and lives on the Tweed Coast of New South Wales, Australia. Kathy enjoys living life to the fullest and loves to keep fit and active by maintaining a healthy diet and exercising regularly. Some of her interests include reading, photography, travelling, cooking and blogging! Kathy works part-time as a freelance writer but her real passion is travelling and photographing brilliant destinations both within Australia and overseas and writing about it.