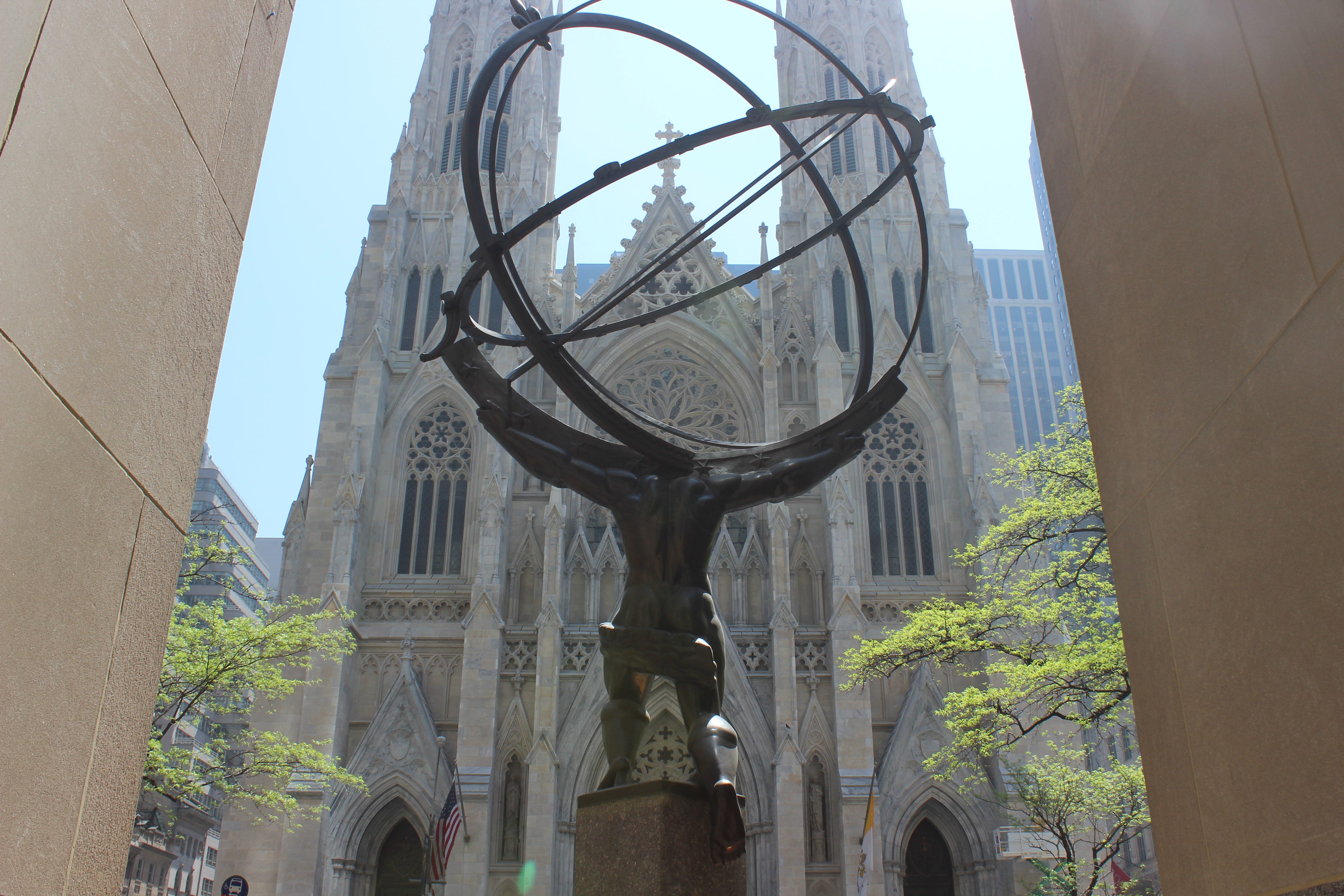 We travelled to New York City in 2012 and we were so captivated by this US metropolis that we had to return and immerse ourselves even more into the hustle and bustle and fervour of this fascinating place.

This time we stayed in the neighbourhood of Soho amidst two entirely different cultures – Little Italy and Chinatown. But this lower Manhattan suburb is also renowned for being the location of many artists’ lofts and art galleries and for its variety of shops ranging from trendy upscale boutiques to national and international chain store outlets. 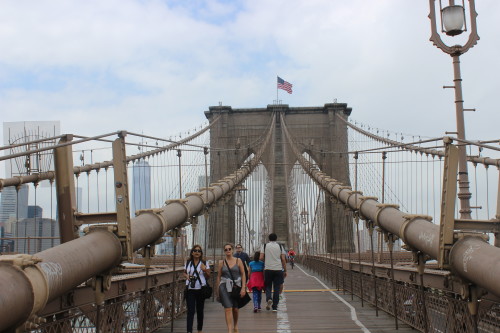 Staying in Soho was an entirely different experience to our last stay, where we were located in Midtown near the famous Madison Square Gardens and within a short distance to Times Square. The fact that we were a little less central meant that we had to do a lot of legwork and subwaying to get around this sprawling city.

So instead of telling you what we did during our week stay in New York, I thought I would compare our experiences from our last visit. Although we re-visited a lot of old favourites we also ventured into new territory, like Brooklyn, Coney Island and Harlem. We even attended a New York Yankee’s baseball game in The Bronx for an authentic New York experience! 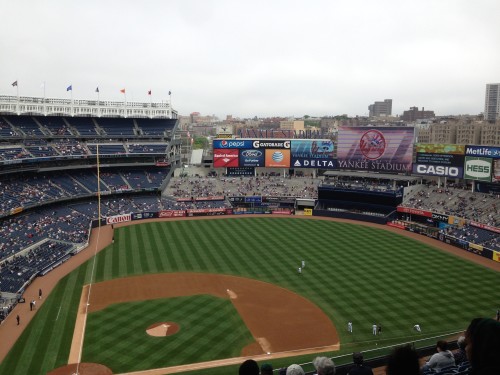 Here is what we did differently:

Empire State Building vs Top of the Rock

Although the iconic Empire State Building has a romantic feel about it, I think the views from Top of the Rock at the Rockefeller Centre were far superior. 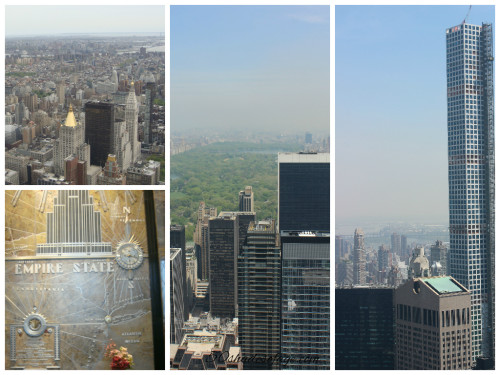 Empire State Building vs Top of The Rock

In 2012 Times Square was a must see with huge neon signs lighting up the streets and the theatre precinct for Broadway shows. However this time around it was busier and there were many more people soliciting money from naive tourists. Most of them are dressed in costumes and grab you for a photo opportunity and then ask for money in return. Hot Tip: Make sure you get your tickets for a Broadway show here. 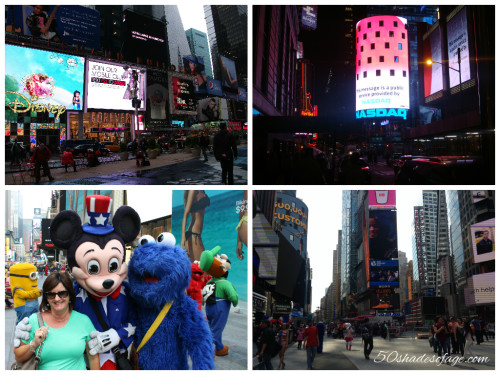 It is absolutely mandatory that you see a Broadway Show whilst you are in New York. In 2012 we saw Jersey Boys, which is still running.This time around we saw Beautiful – the Carole King Story which was absolutely fabulous. If you are willing to queue up for an hour in Times Square you can save up to $100 on tickets to a show for that night. 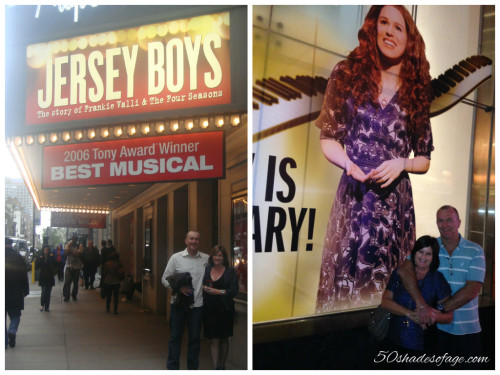 In 2012 Ground Zero, where the twin towers of the World Trade Centre stood, was a massive construction site. We visited the 9/11 museum which was one of the most heart-wrenching experiences of my life. This time around, three years later, we were able to revisit Ground Zero and see the new One World Trade Centre almost ready to open and of course the two large waterfalls and plaza commemorating the victims of the 9/11 terrorist attacks. 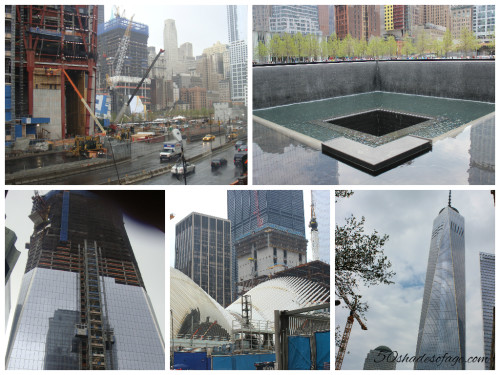 The 778 acres of green space of Central Park in central Manhattan is another must do whilst you are in New York. Hire a bicycle and pedal your way around the park at a leisurely pace and do not get lost (as I did back in 2012!) However be warned, the circuit around the park is almost 10kms and there are some hills to negotiate. However regular stops at one of the cafes and picturesque spots break up the trip considerably! 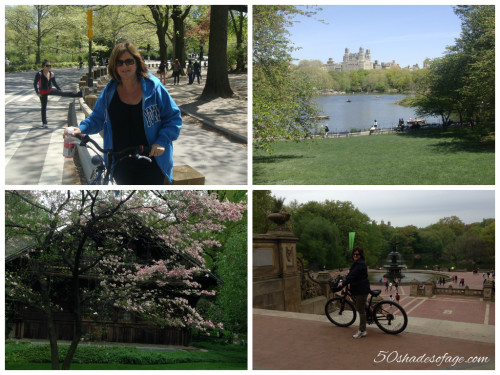 This 25 acre public park situated at the southern tip of Manhattan facing New York Harbour, is where you can embark on a boat cruise to the Statue of Liberty and Ellis Island. In 2012 we did just that, but it was a long queue up to purchase tickets and an even longer queue up to board the cruise boat. This time around we wandered around Battery Park and right down to the Brooklyn Bridge, which was an enjoyable experience in itself. 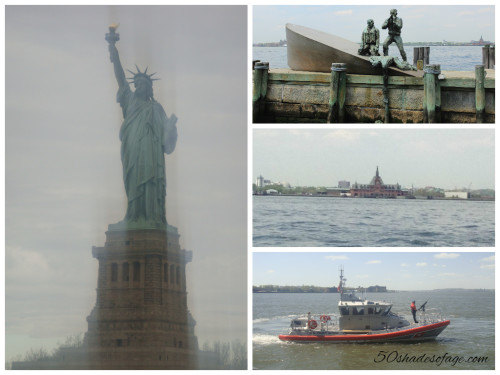 This neighbourhood in lower Manhattan, is where you can also visit the trendy Greenwich Village and Soho, and is where Little Italy is situated. There is a whole street of Italian Restaurants and the Italian food is to die for! 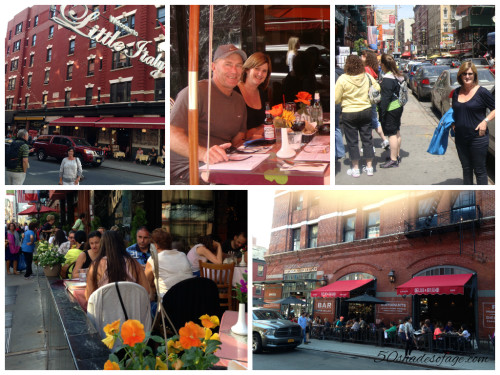 Very aptly titled Grand Central Station, because of its location in midtown Manhattan, Central Station is like visiting a bygone era. The beautiful building is a tourist attraction in itself with ceilings that feature a huge astronomical mural and gorgeous stained glass windows shedding light into the station. The food markets located within Grand Central are like walking into a gourmet paradise! 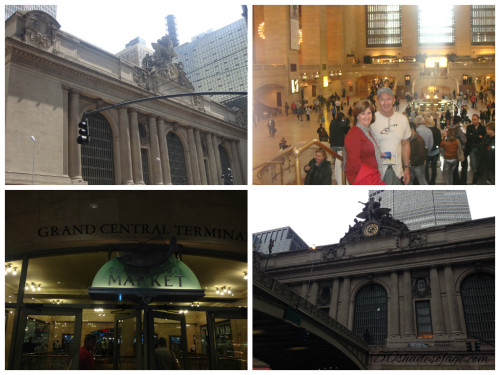 Nearby is the inner-city refuge for New Yorkers and tourists alike – Bryant Park. A fabulous green space to sit for a while with a coffee and a bite to eat and take in the peaceful ambience of the park. 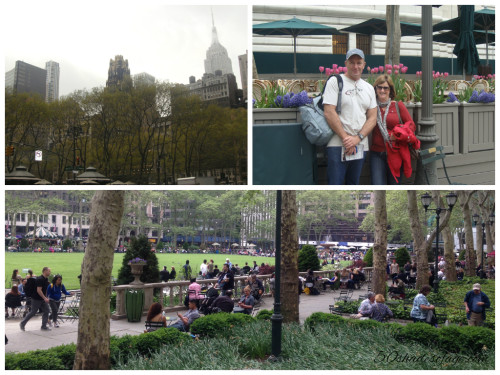 This fascinating Museum is a military and maritime history museum mainly aboard the aircraft carrier, Intrepid, but with a collection of other museum ships. It is located at Pier 86 at 46th Street in the Hell’s Kitchen neighborhood on the West Side of Manhattan. 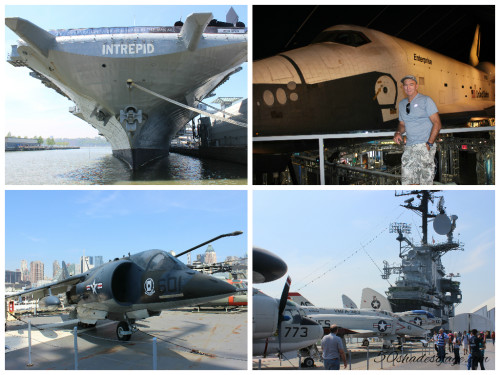 If you jump on the subway you can go across the Brooklyn Bridge to Brooklyn, the most populous of New York City’s five boroughs, and the seaside location of Coney Island which is an amusement area that includes 50 or more separate rides and attractions. 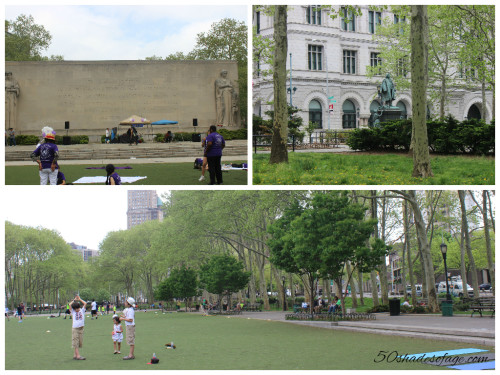 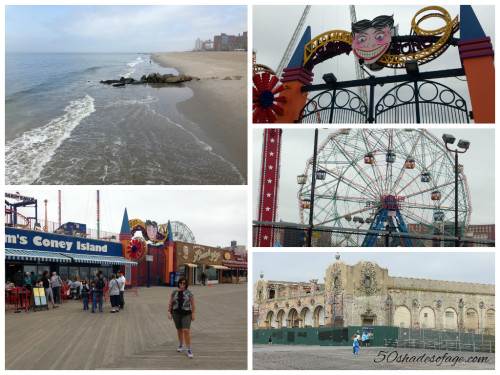 A large neighborhood within the northern section of Manhattan with predominately African-American residents was once a no-go area in New York because of its high incidence of crime and poverty. It is now a relatively safe area to visit with its mix of ever-growing collection of bars, restaurants and shops. 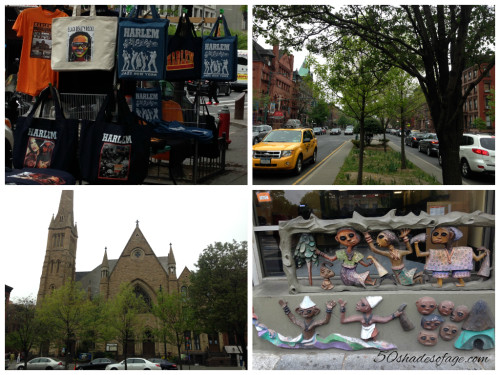 New York is a big melting pot of different cultures and the friendliest and most interesting people in the world. Here’s a small sample of them: 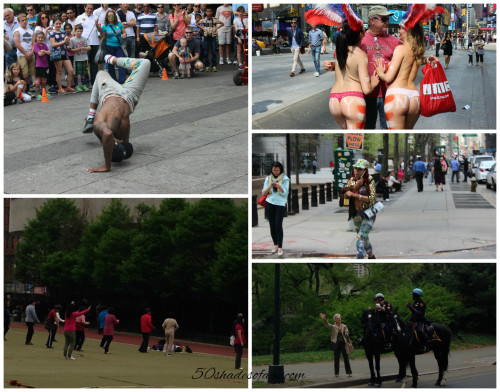 New York re-visited did not disappoint. In fact I think I enjoyed it more the second time around as I felt more comfortable with my surrounds and knew my way around (mainly). It goes without saying that the shopping in New York is amazing with a large variety of shops to chose from. It also goes without saying that the dining options are also endless. New York really did capture my heart and soul.

Spread the love
New YorkNYCSightseeing New YorkTravel USA
By 50 Shades, September 11, 2015 Kathy was a 50 something year old when she started up this blog 6 years ago, but has since turned over another decade and is now in her early 60s. She is married with two adult children and lives on the Tweed Coast of New South Wales, Australia. Kathy enjoys living life to the fullest and loves to keep fit and active by maintaining a healthy diet and exercising regularly. Some of her interests include reading, photography, travelling, cooking and blogging! Kathy works part-time as a freelance writer but her real passion is travelling and photographing brilliant destinations both within Australia and overseas and writing about it.