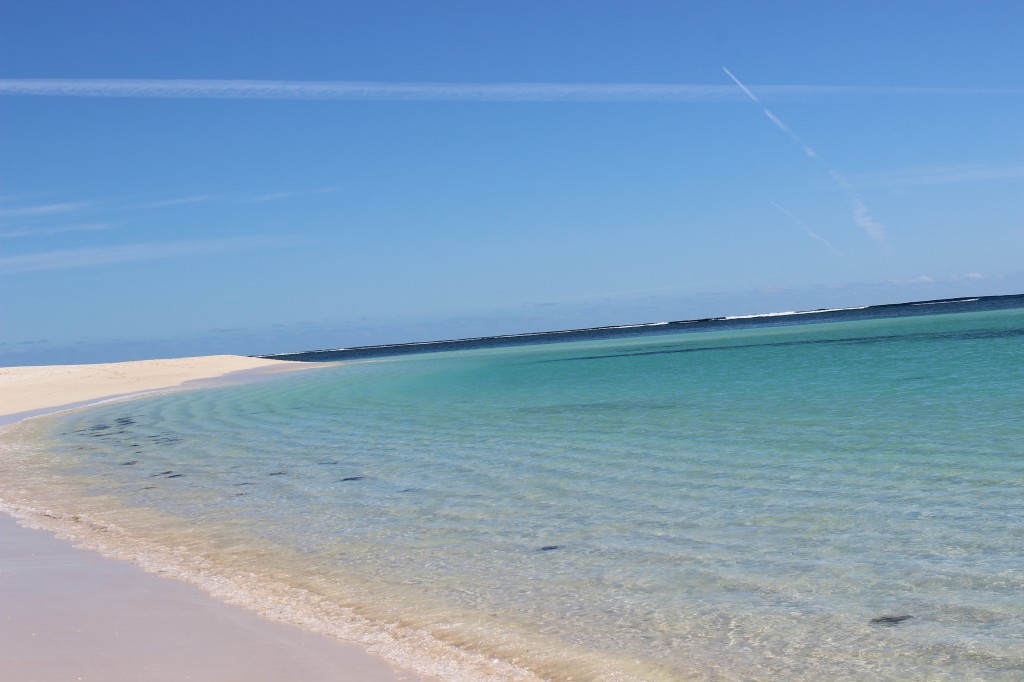 Like me, most people travel regularly these days, and not just within their own state or country, but more and more are travelling abroad. So when I was asked recently which five travel destinations would I like to return to, it really was a difficult decision, because I would love to go back to all of them.

I have been invited by Pam at travellingbag.com.au to do just that. To write a post on my favourite five travel destinations, the ones I would love to go back to – and I have to admit it wasn’t easy.  So many wonderful places in the world.  Which ones should I choose?

In 2012, my son was touring Europe in a Campervan and he asked us to meet up with him in Turkey. Apart from Gallipoli, I really knew very little about this country and always considered it to be a little backward and populated with hostile Muslims. I was so ignorant and small-minded. Not only was Turkey interesting, historic, intriguing and picturesque, I found the people to be extremely friendly and helpful. Additionally, the food was some of the freshest, tastiest cuisine that I have ever eaten. 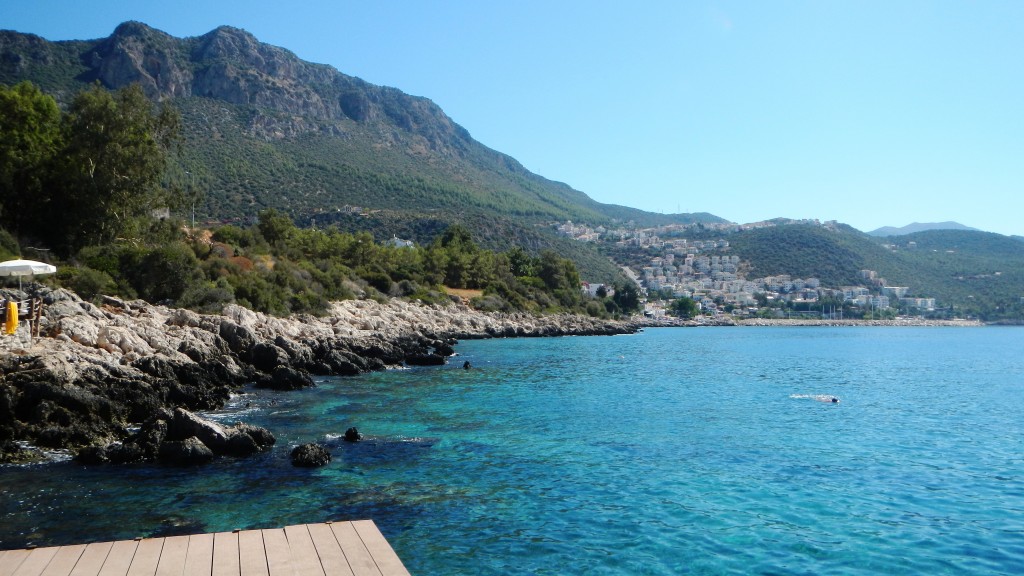 The Beautiful Village of Kas

My favourite place in Turkey was Kaş, located on the Mediterranean coast two hours’ drive south-east of Fethiye and three hours’ drive south-west of Antalya. This once quaint fishing village, is now a relatively unspoiled tourist town and is renowned for its clear turquoise waters which are ideal for snorkelling and diving.

Kaş has so much charm, part of which comes from its setting at the foot of a wall of mountains facing the sparkling Mediterranean and the other part its relaxed easy-going feel. Ambling around the cobbled narrow streets and harbourside with a mix of yachts and fishing boats you instantly feel the village vibe. Rest assured, you could take me back there tomorrow!

Vietnam was another country that I wasn’t particularly interested in visiting, however after hearing several positive travel reviews of this Asian country, I decided that I would like to see it. I was not disappointed, as it was an experience like no other. After visiting the buzzing overcrowded cities of Ho Chi Min City and Hanoi, we took respite in Hoi An on the south central coast of Vietnam on the East Sea. 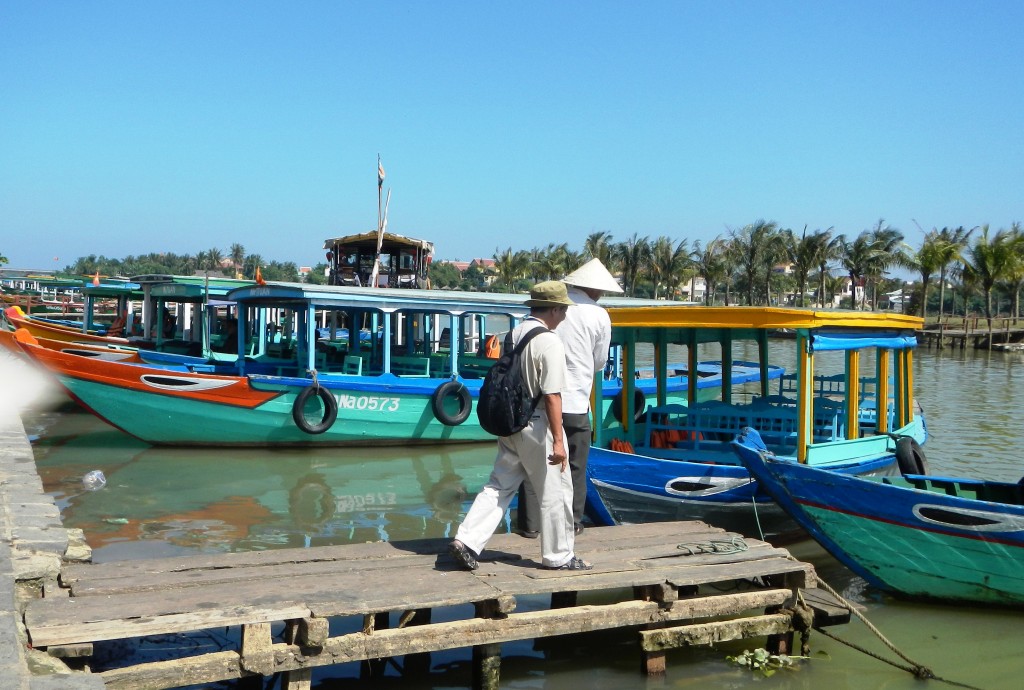 Colourful boats on the river in Hoi An

Hoi An Town is located on the Thu Bồn River that was an important Vietnamese trading centre in the 16th and 17th centuries. It’s buildings of traditional architecture and crafts such as textiles and ceramics are a big drawcard to tourists from all over the world. Many visit for the numerous art and craft shops and tailors, who produce made-to-measure clothes for a fraction of what they would cost in the west. I certainly made the most of this!

Nearby are the beach resort areas of Cua Dai Beach and China Beach, where there is a wide selection of beachfront hotels to choose from. The beaches are white sanded and clean, with deck chairs and umbrellas lining the shores. There is an array of restaurants along the beachfront offering cold drinks and tasty Vietnamese cuisine.We stayed at the Hoi An Beach Resort that fronted both the beach and the river. It was an unexpected relaxing and revitalising experience in the last place I ever thought would be.

The second-largest of the Hawaiian Islands known as the “Valley Isle,” Maui is a contrast of quaint little towns, artist communities and huge 5 star resorts with world class gold courses. From shimmering beaches ,and sacred Iao Valley, to migrating humpback whales, and sunset on Haleakala, Maui has it all. 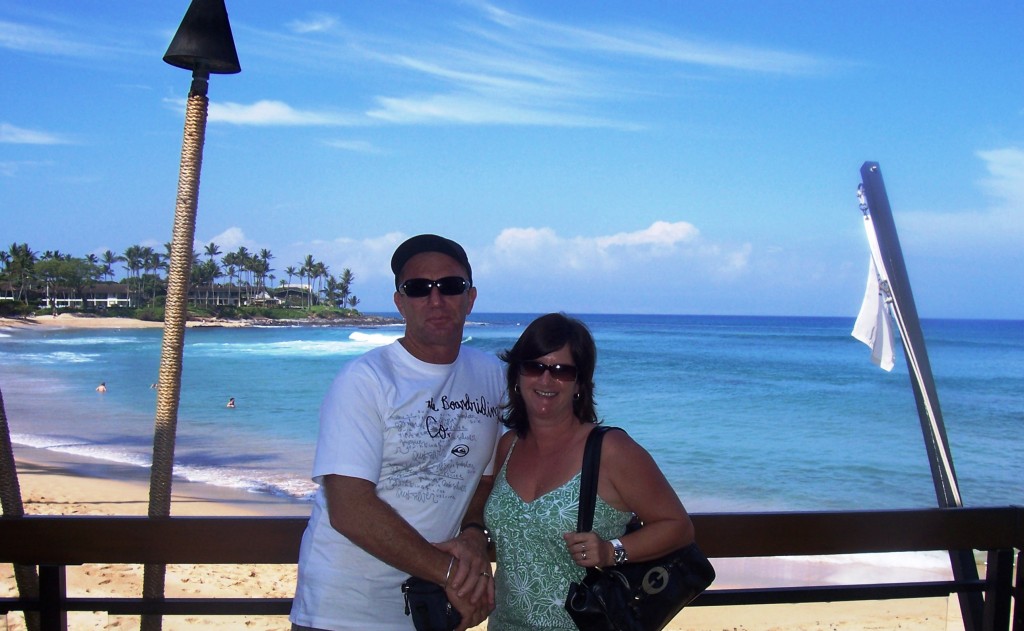 One of the beautiful beaches near Lahaina

We stayed at a beachfront hotel in Lahaina located on the westside of the island of Maui. Just like the old Banyan tree that serves as the symbol of the city, Lahaina has roots that run deep. With a history as a whaler’s village, today Lahaina is bustling with tourists visiting the shops, activities, restaurants and world renowned hotels and resorts. It has become the art capital of the Pacific and its main thoroughfare, Front Street, is a shopper’s paradise.

Hiring ourselves a bright yellow Mustang convertible, we set off touring the island with the top down. We took a boat cruise out to Molokini, a submerged volcano teeming with marine life, and snorkelled in the blue depths. Closer into shore we snorkelled with the slow moving green sea turtles and we followed a Humpback Whale and her calf. Obviously wildlife encounters rate very highly on my travel destination list.

In 2004, I took my mum to Canada to visit my sister who was living there at the time. Our trip included hiring a car and driving from Calgary in Alberta through the Rocky Mountains into British Columbia. We travelled as far as Jasper to the north and then made our way back south towards Whistler and Vancouver. The countryside was breathtakingly beautiful with snow-capped mountains everywhere you looked, icefields and glaziers formed centuries ago, exquisite mountain lakes and deep rutted gorges with cascading waterfalls. 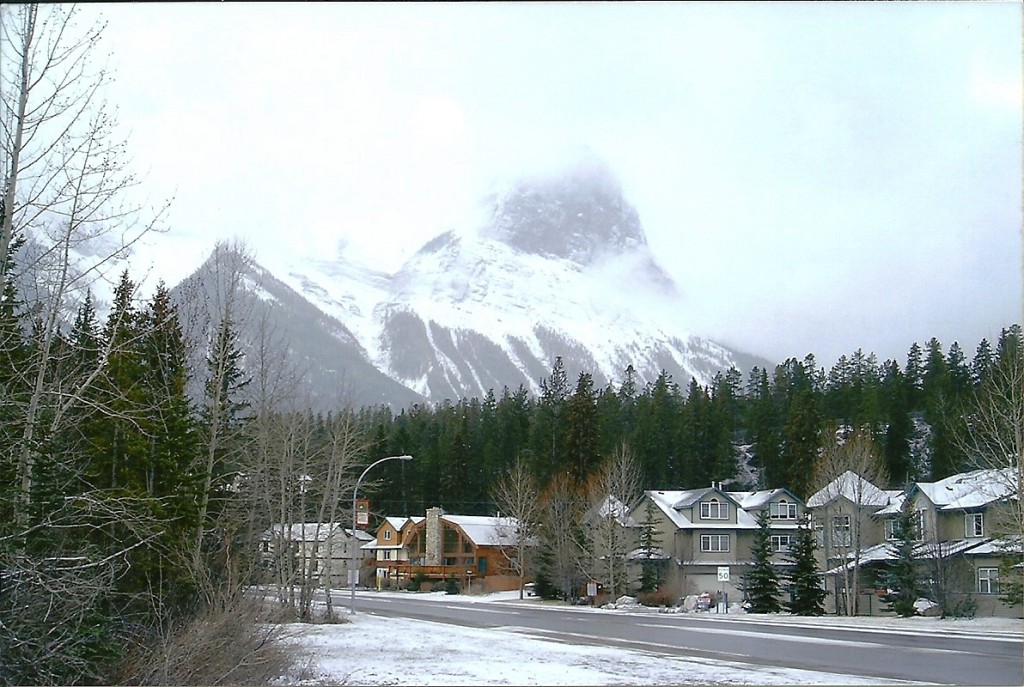 Set in the heart of Banff National Park and snugly embraced by Alberta’s Rocky Mountains, we stayed at the little town of Banff. At first sight it was apparent why I fell in love with Banff. From the ever-watchful Cascade Mountain to the picturesque Bow River, the town is blessed with a spectacular natural setting, woven with parks, woods and trails. Winter turns the area into a Winter wonderland and snow sport enthusiast’s dream.

I could very easily return to Banff and Canada. In particular I would love to see Lake Louise, 57 kilometres north of Banff, during Spring or Summer when the snow and ice has melted and the lake takes on the most spectacular azure blue colour.

On my recent travels around Australia, there were many places that I would definitely return to, but I guess there was one that really took my fancy. It wasn’t only the opportunity to interact with the giant Whale Sharks, snorkel on the pristine Ningaloo Reef just metres offshore, swim at some of the most pristine beaches in Australia, but it was the experience of camping at an old Station Homestead (now Caravan Park) with the backdrop of the captivating Cape Ranges. 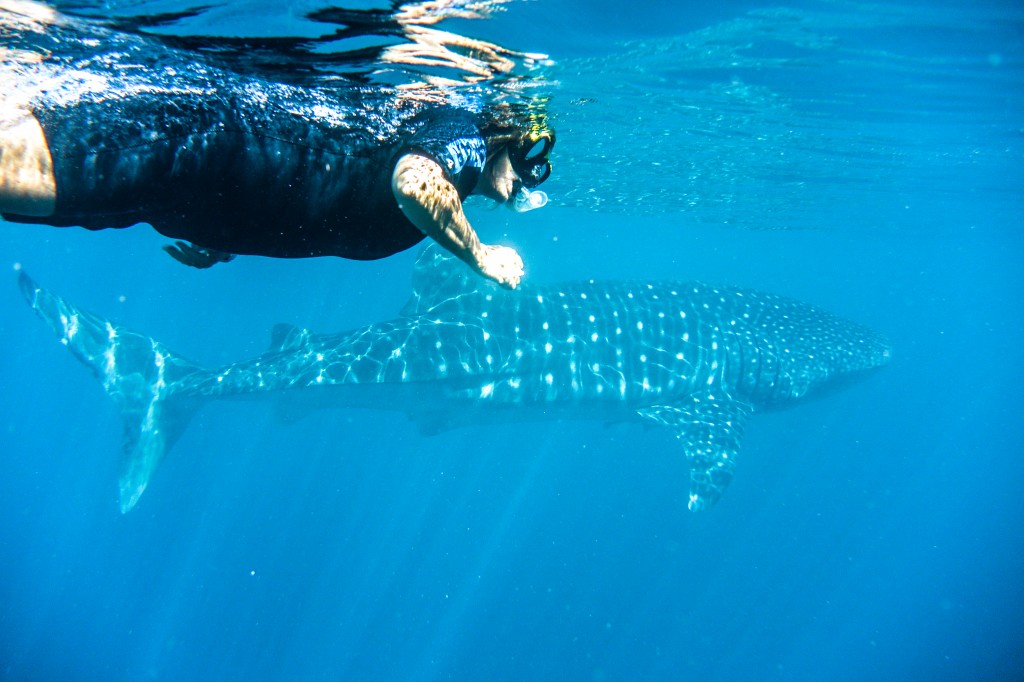 Swimming with the Giant Whale Sharks on the Ningaloo Reef

Known as the gateway to the Ningaloo Coast World Heritage Area that encompasses the Ningaloo Marine Park and the Cape Range National Park, Exmouth is an amazing place. The Exmouth coastline offers visitors an endless array of stunning unspoilt, deserted beaches catering to everyones needs. But probably the biggest drawcard to the Ningaloo Reef is the opportunity to snorkel with the gentle giants of the ocean, the Whale Sharks.

40 kilometres from Exmouth are spectacular rugged limestone ranges, breathtaking deep canyons and 50 kilometres of pristine beaches, known as the Cape Range National Park. Here you are afforded the pleasure of camping in one of the campgrounds lining the shores of the beaches on the Ningaloo Reef. There are no other places I can think of where you can have this type of natural experience. To sum it up – unbelievable!

Now as far as my travels go, I have barely scratched the surface. My future plans include visiting Italy and the Cinque Terre, a Mediterranean cruise, further exploration of the UK, France and Eastern Europe as well as a trip to Cambodia. Wow, I only hope I am alive long enough to fulfil these dreams!

What are your top five travel destinations? I would love to know.

Spread the love
Overseas TravelTop Travel DestinationsTravel Destinationsworld travel
By 50 Shades, September 26, 2014 Kathy was a 50 something year old when she started up this blog 6 years ago, but has since turned over another decade and is now in her early 60s. She is married with two adult children and lives on the Tweed Coast of New South Wales, Australia. Kathy enjoys living life to the fullest and loves to keep fit and active by maintaining a healthy diet and exercising regularly. Some of her interests include reading, photography, travelling, cooking and blogging! Kathy works part-time as a freelance writer but her real passion is travelling and photographing brilliant destinations both within Australia and overseas and writing about it.