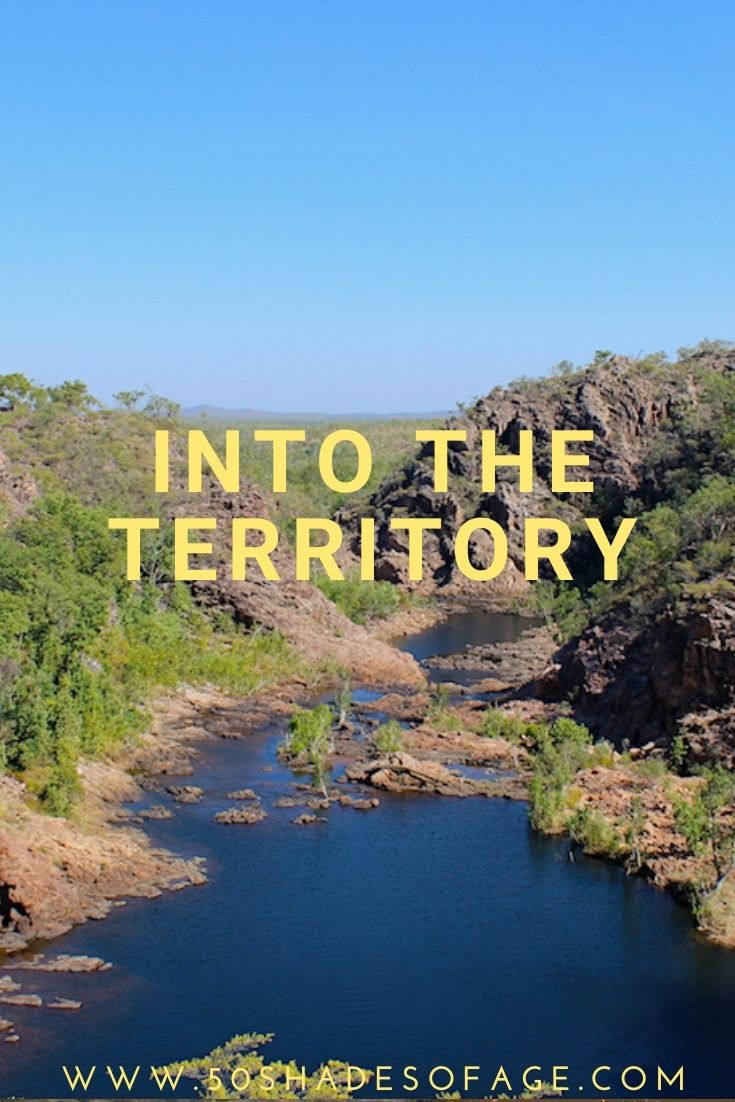 After being wowed by the ‘Wild West’ of Australia, we crossed the border into maybe the most quintessentially ‘Australian’ of all the Australian States, the Northern Territory. Despite its large area  of over 1,349,129 square kilometres, the Northern Territory is sparsely populated. It only has a population of 233,300, making it is the least populous of Australia’s eight states and territories. Surprisingly it has less than half as many people as the state of Tasmania. 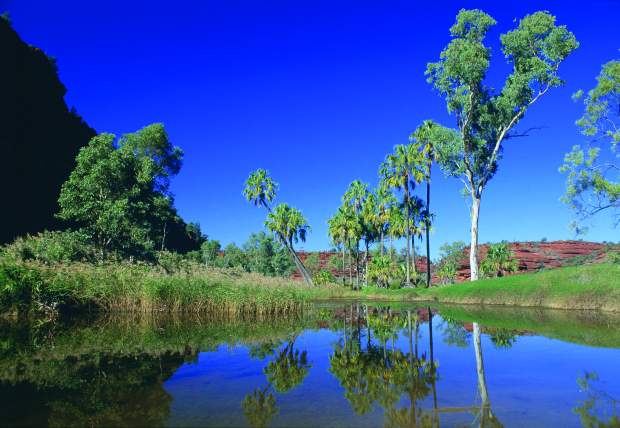 This is a place with landscapes as diverse as they come, from Uluru, the spiritual heart of the Australian continent in the dry Red Centre, to the tropical wetlands of the Kakadu and Nitmiluk National Parks in the Top End. To the north of that lies the Arafura Sea, and to the east lies the sacred Arnhem Land. There is also an extensive series of river systems in the Northern Territory. These rivers include: the Alligator Rivers, Daly River, Finke River, McArthur River, Roper River, Todd River and Victoria River. 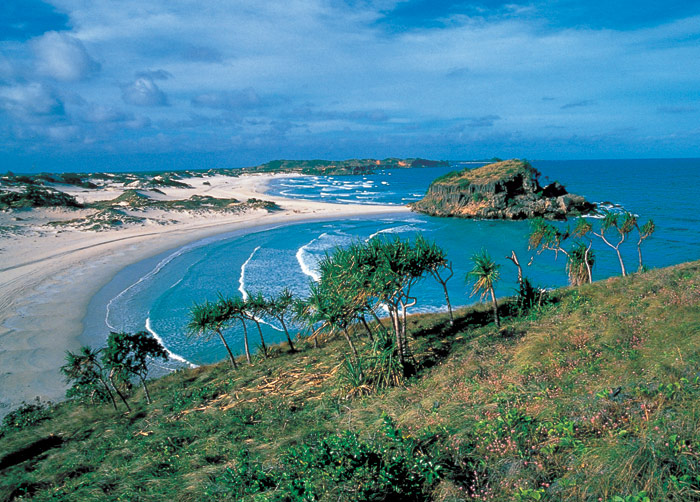 Located on the Timor Sea, the city of Darwin sits on a bluff overlooking the harbour. With a population of 127,500 people, it is the largest city in the Northern Territory. The city boasts a bevy of outdoor markets, eateries and festivals where a melting pot of cultures and foods come together. Make sure you take a long walk on the beaches or enjoy a cruise on Darwin’s harbour. Darwin also has an interesting history, having endured being bombed by the Japanese during WWII and almost swept away during Cyclone Tracy in1974. A variety of museums and galleries are available in Darwin for exploration of the area’s rich and turbulent history. 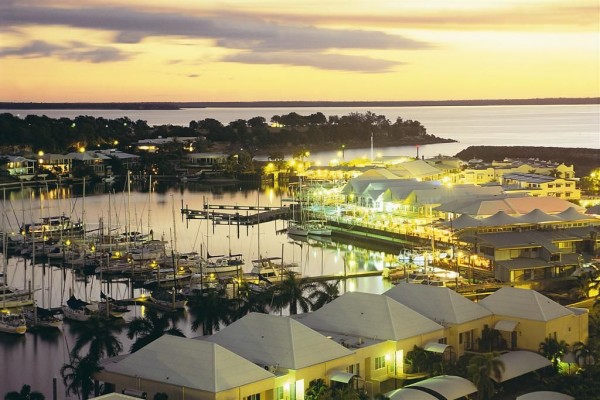 From Darwin, visit Litchfield National Park where you can experience a refreshing dip in crystal clear waterholes, under thundering waterfalls. The park is littered with tall ‘tombstone-shaped’ termite mounds and has many walking tracks. A must do is a boat cruise down the Adelaide River to take in the awesome sight of the jumping giant crocodiles. Enjoy a day trip to the Tiwi Islands where you can enjoy a local football game, basket weaving and cultural painting. 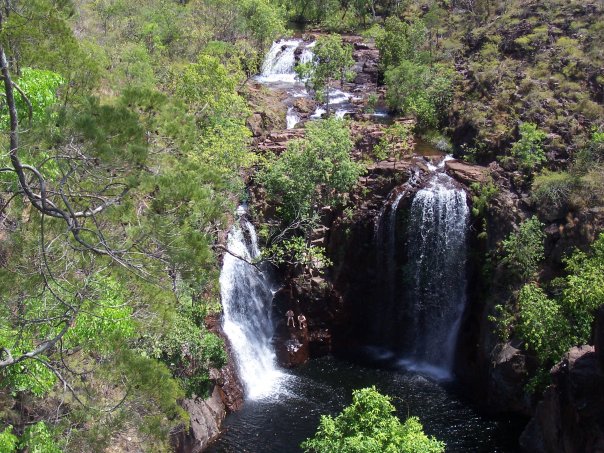 The Kakadu National Park in the Alligator Rivers area of the Northern Territory covers an area of approximately 19,804 kilometres, roughly half the size of Switzerland. The entire park is listed as a World Heritage site, meaning that it is recognized for its rich cultural value needing preservation and protection for the world’s future generations. Kakadu National Park has more than 5,000 Aboriginal art sites that date back 40,000 to 50,000 years and is teeming with wildlife tropical wetlands. 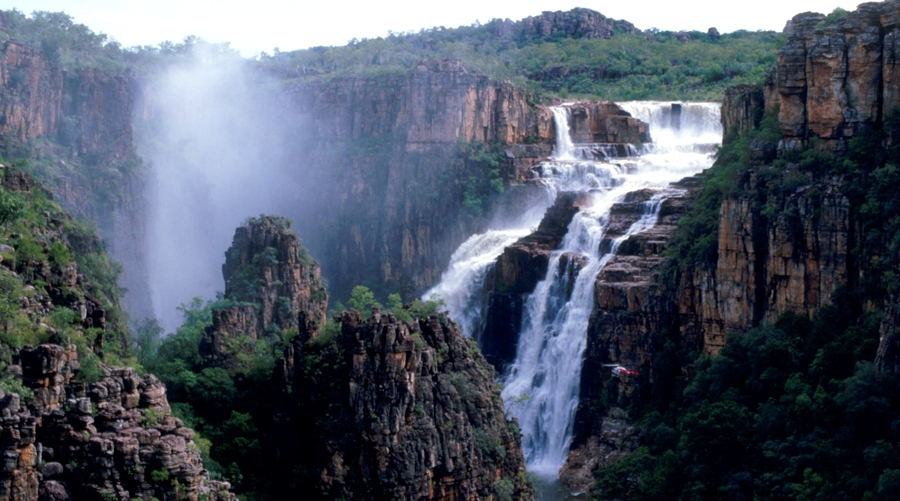 Wholly owned by native Aboriginal peoples, Arnhem land is site to the now famous Gabarnmung Cave where archaeologists uncovered a ground stone axe believed to be close to 40,000 years old. While in Arnhem Land, fish from the creeks, reefs and ocean of the Cobourg Peninsula or visit Mount Borradaile in the company of an Aboriginal guide. Learn about rock art, traditional weaving baskets, Aboriginal hunting techniques, traditional music and instruments and hear many Aboriginal tales from the days of old. 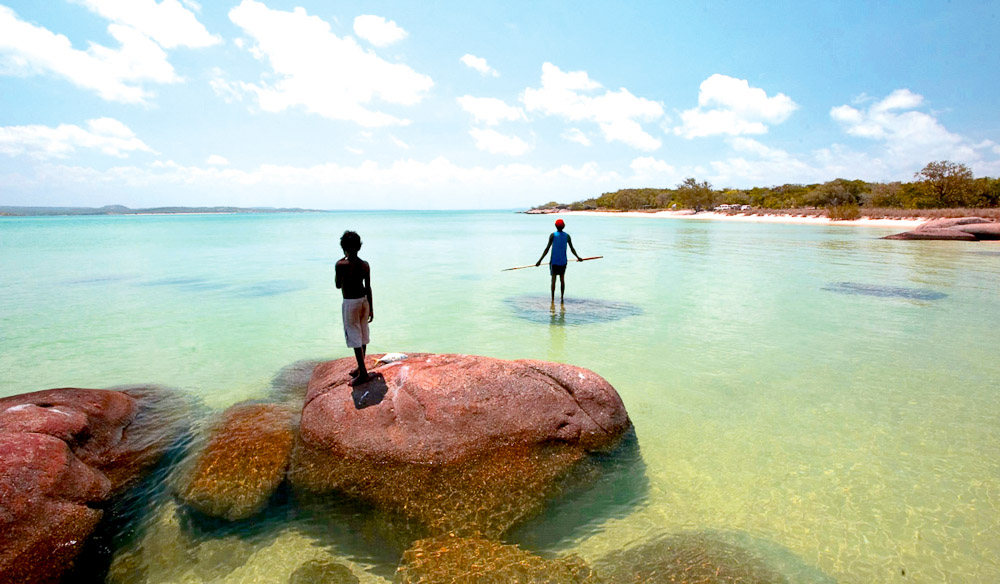 Katherine is the crossroads for travellers north, south and west and prides itself on being the ‘adventure’ capital of the Territory. It boasts ten parks, and six rivers in the region and offers fisherman the opportunity to catch a ‘barra’ in the Daly, Victoria, Roper or Limmen Rivers. You can bathe in the crystal clear waters of the Katherine Hot Springs that are a constant idyllic 32 degrees C. View some indigenous art and culture of the region at the Godinymayin Yijard Rivers Art & Cultural Centre or take in some local history at the Katherine Museum. 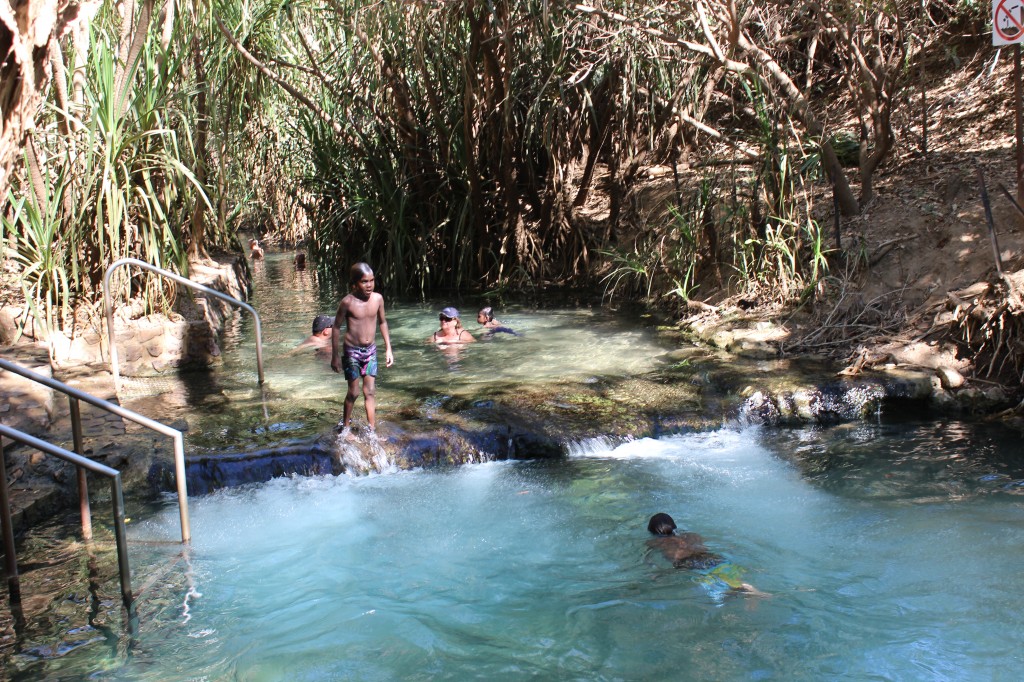 Travel along the Katherine River and cruise through 13 naturally occurring gorges lined by sandstone cliffs nearly 70 metres high. It is advisable to visit Katherine during the dry season when you can enjoy a swim in one of the many pools at the bottom of plunging waterfalls. For the hale and hearty, take a four to six-day walk on the Jatbula Trail, camping out as you go and ending up at Edith Falls. 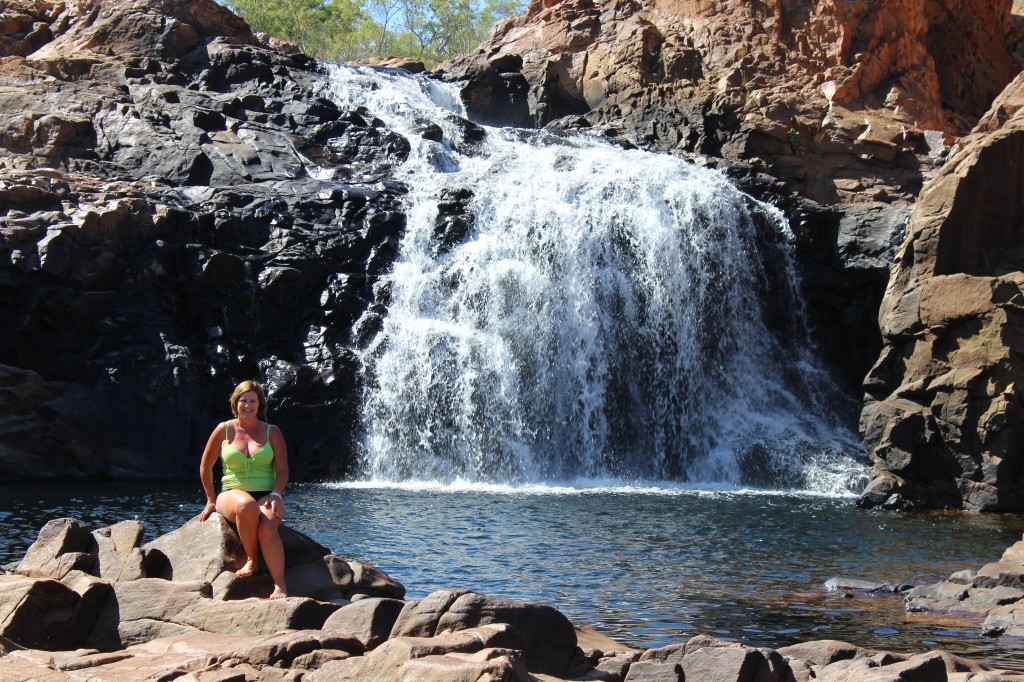 Located between Katherine and Alice Springs, Tennant Creek is situated approximately in the middle of the Northern Territory. Located on the Stuart Highway, historic Tennant Creek is township to approximately 3,500 people with about half of its residents being indigenous Aboriginal people. Once the third largest producer of gold in Australia, Tennant Creek still produces gold and is rich with a colourful musical community. Tennant Creek is home to the Winanjjikari Music Centre and the award-winning Nyunyu Cultural Centre. 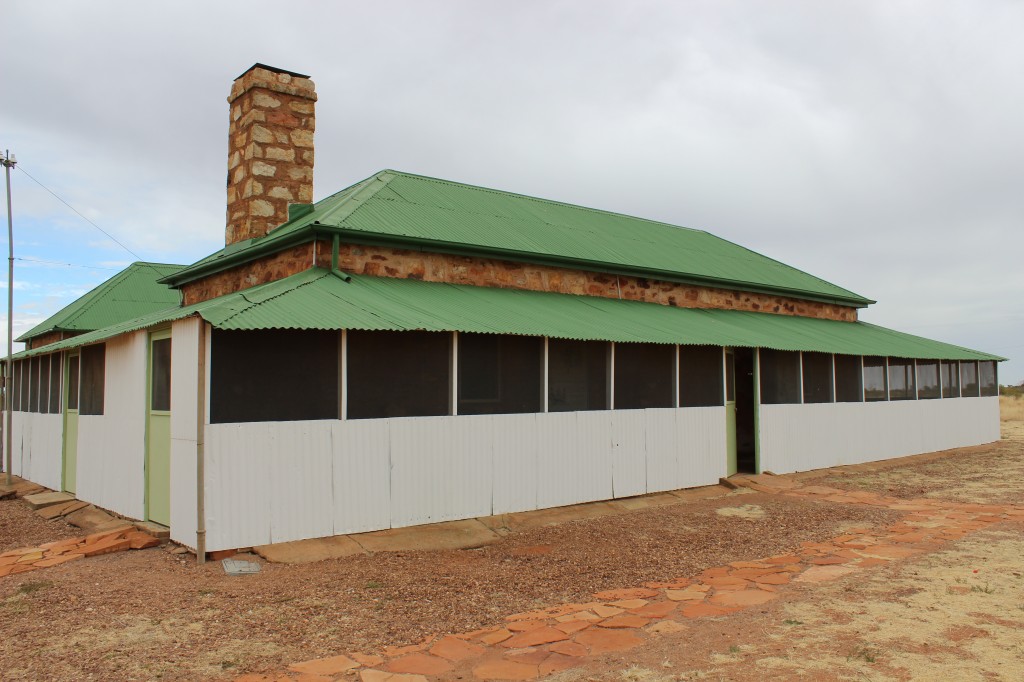 Alice Springs will take you back in time to a true ‘outback’ town, well-known for its pioneer history and rich Aboriginal art. Called simply ‘Alice’ by the locals, it boasts a population of just 27,481 residents and is the second largest town in the territory. Alice is half way between Adelaide and Darwin and lies along the typically dry Todd River on the northern side of the MacDonnell Ranges. 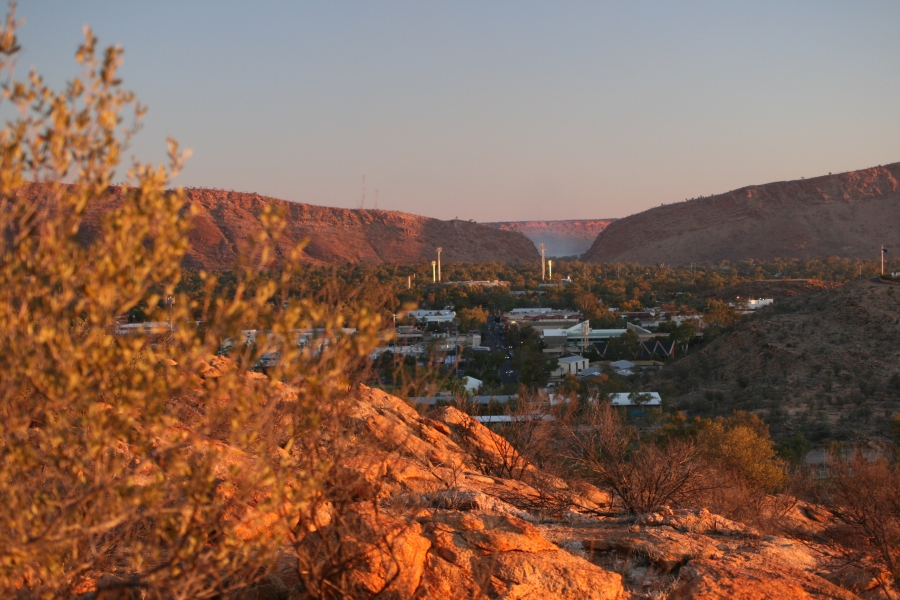 Alice Springs is often described as being found in the ‘Red Centre’ of Australia, so named for its red soil and sparse desert greenery. It is also renowned as the Aboriginal Art Capital of Central Australia, where the community serves as host to many art galleries and cultural events and festivals. 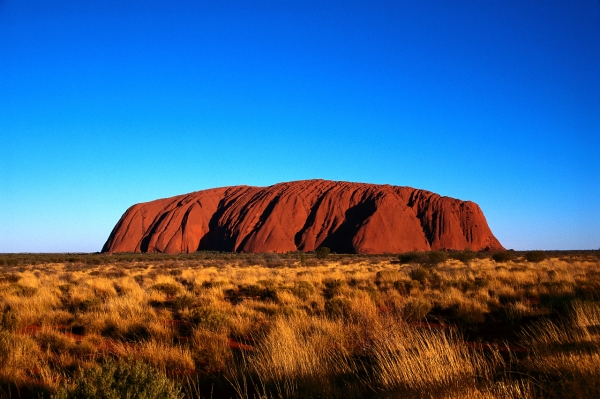 Rising from the desert floor you’ll find Uluru, also known as Ayers Rock. Standing nearly 348 meters high, most of Uluru’s bulk is hidden deep underground. Sacred to the Anangu Aboriginal peoples indigenous to the region, Uluru still plays a part in Anangu cultural ceremonies, traditional landowners of the area. Situated in central Australia in the southern most part of the North-western Territory, Uluru is surrounded by waterholes, natural springs, rock caves and ancient Aboriginal paintings.

The Northern Territory is as diverse as it comes, from the tropical ‘Top End’ to the arid ‘Red Centre’. Having taken the Ghan Train voyage years ago, I found the Territory to be both fascinating and all-encompassing. It is an experience that every Aussie should undertake during their lifetime.

Spread the love
Alice SpringsDarwinNorthern TerritoryRed CentreThe TerritoryTop End
By 50 Shades, August 5, 2014 Kathy was a 50 something year old when she started up this blog 6 years ago, but has since turned over another decade and is now in her early 60s. She is married with two adult children and lives on the Tweed Coast of New South Wales, Australia. Kathy enjoys living life to the fullest and loves to keep fit and active by maintaining a healthy diet and exercising regularly. Some of her interests include reading, photography, travelling, cooking and blogging! Kathy works part-time as a freelance writer but her real passion is travelling and photographing brilliant destinations both within Australia and overseas and writing about it.