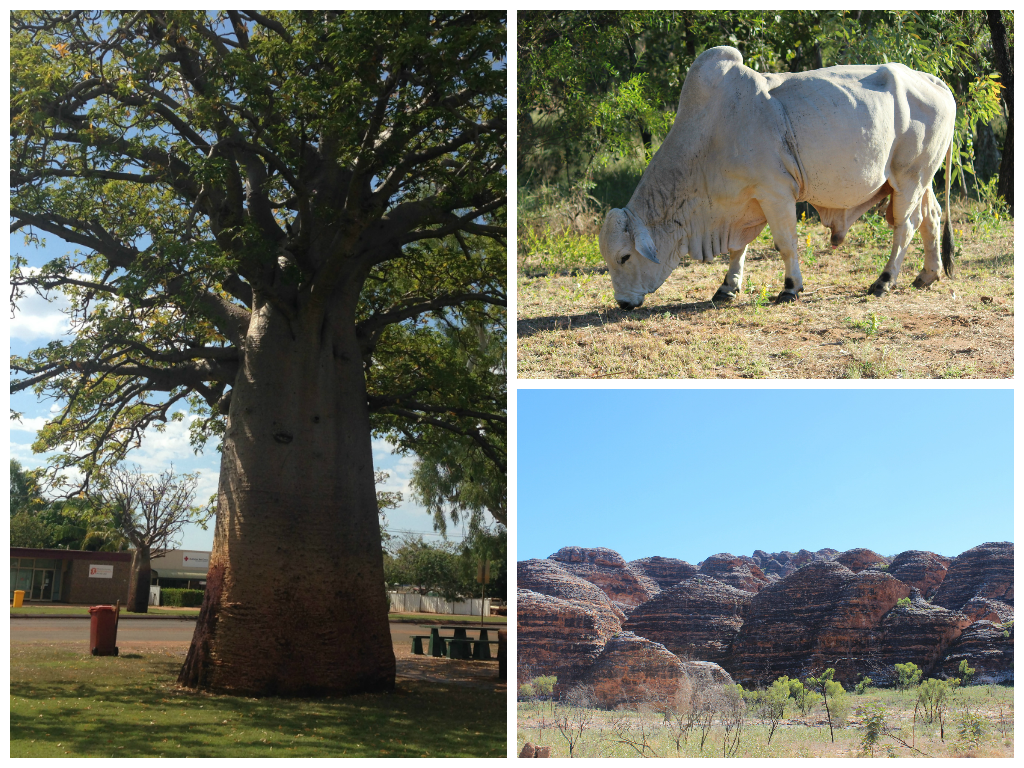 A vast land virtually untouched and unchanged by man, is the Kimberley region of the extreme north of Western Australia. It is described as being one of the world’s last great wilderness areas and has been selected as one of the top ten holiday regions by the Lonely Planet and won Australian Traveller’s Reader’s Choice Awards two years running.

The Kimberley region stretches from Broome in the west to Kununurra in the east and covers 421,000 square kilometres in area. This magnificent part of Australia has the most diverse unique wildlife, mysterious cave systems, spectacular waterfalls, mangrove fringed estuaries and rugged red ranges decorated with sacred Aboriginal rock art. 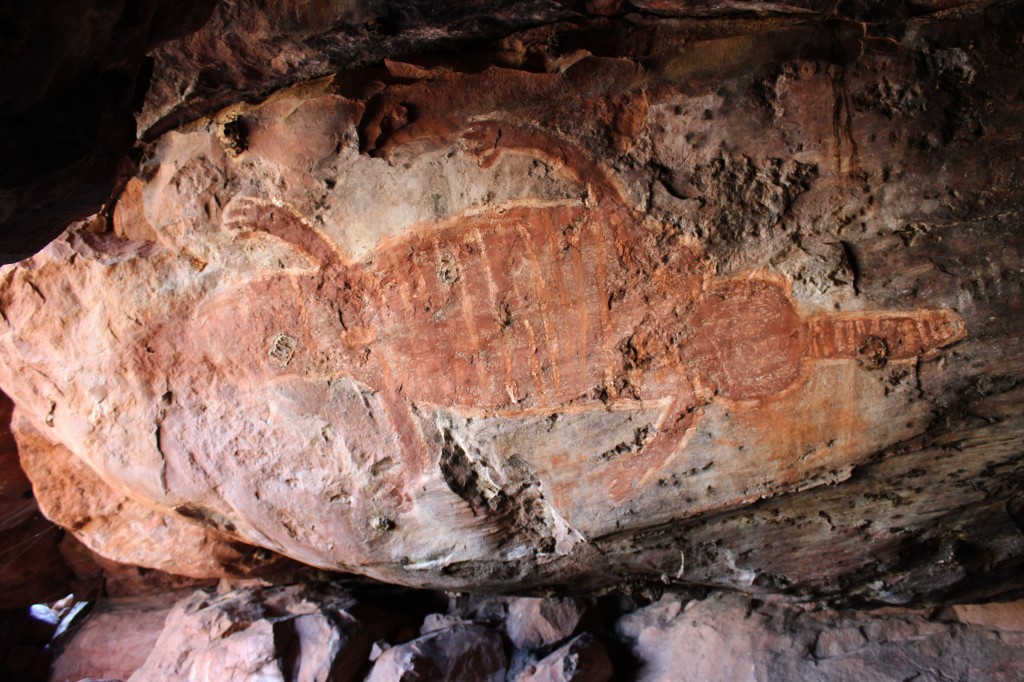 There are a couple of ways that you can explore the numerous natural attractions of the Kimberley. You can cross the sealed road over the Fitzroy Crossing, get off-road on a 4WD adventure or take one of the 4WD bus tours by taking the scenic Gibb River Road. Either route has numerous parks, reserves and natural wonders which are a feast for the eyes. 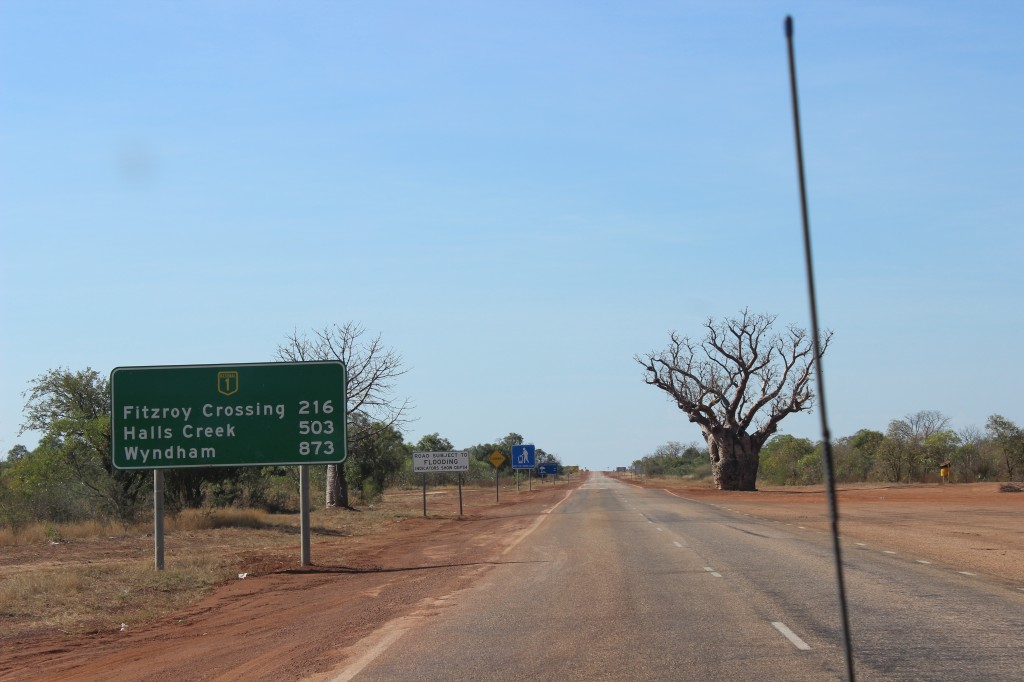 Start of the Fitzroy Crossing

Because we were towing a caravan (not equipped for river crossings or rough corrugated roads), we took the route across the Fitzroy Crossing. Our travel itinerary was as follows:

Day One to Two – Broome to Derby

We travelled 220 Kms north east of Broome to the first settled town in the Kimberley, Derby. Situated on King Sound it boasts the highest tidal variation in Australia which can reach up to 11 metres. You can see these high and low tides from the U-shaped Derby Wharf and throw a line or a crab pot in whilst you are there. 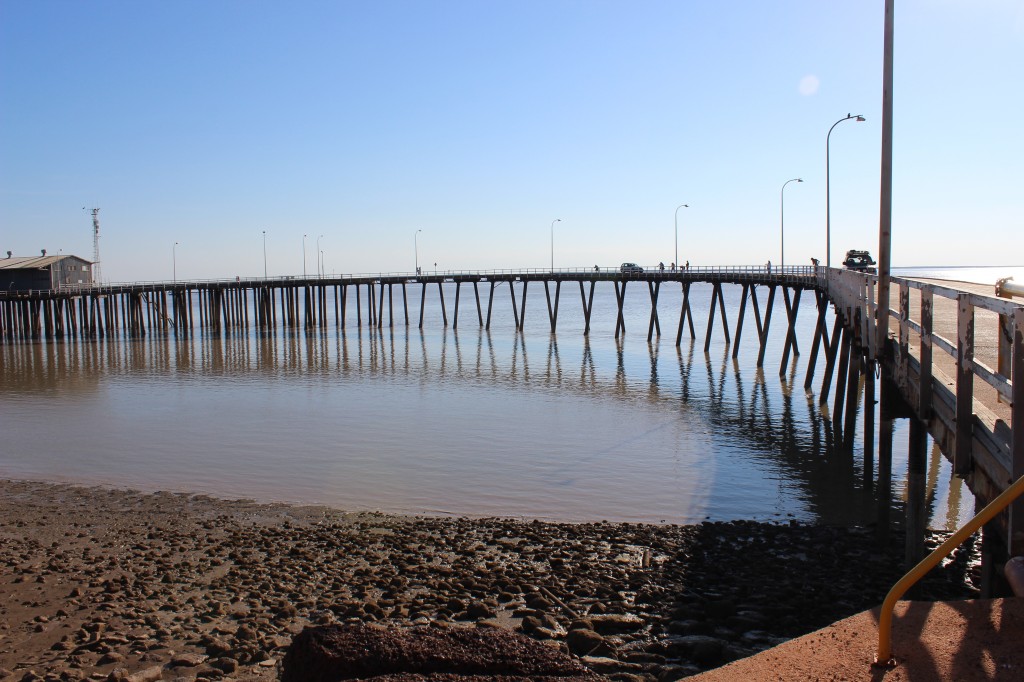 Other points of interest are the Old Derby Gaol, the Boab Prison Tree, Myall’s bore and cattle trough, Wharfinger House Museum, the Woolshed and Mowanjum Art and Cultural Centre. The most popular experience however is a scenic flight, fishing trip or sea safari to the Buccaneer Archipelago, made up of a thousand rugged islands, secluded beaches and the famous Horizontal Waterfalls. 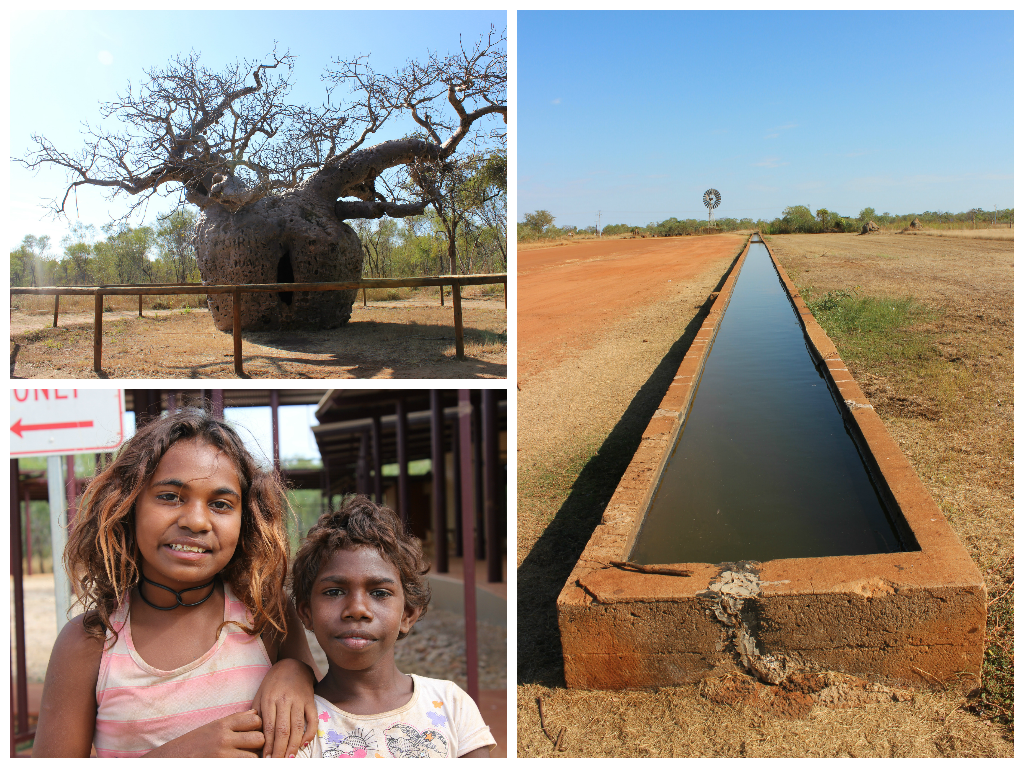 Driving 259 Kms eastwards through savannah land, mostly dried up creek and river crossings with hundreds of Boab trees, is the town of Fitzroy Crossing. It is set on the banks of the mighty Fitzroy River and is a great base to explore Tunnel Creek, Windjana Gorge and nearby Geikie Gorge. There is also a spectacular network of caves 90 Kms east of Fitzroy Crossing, called Mimbi Caves. 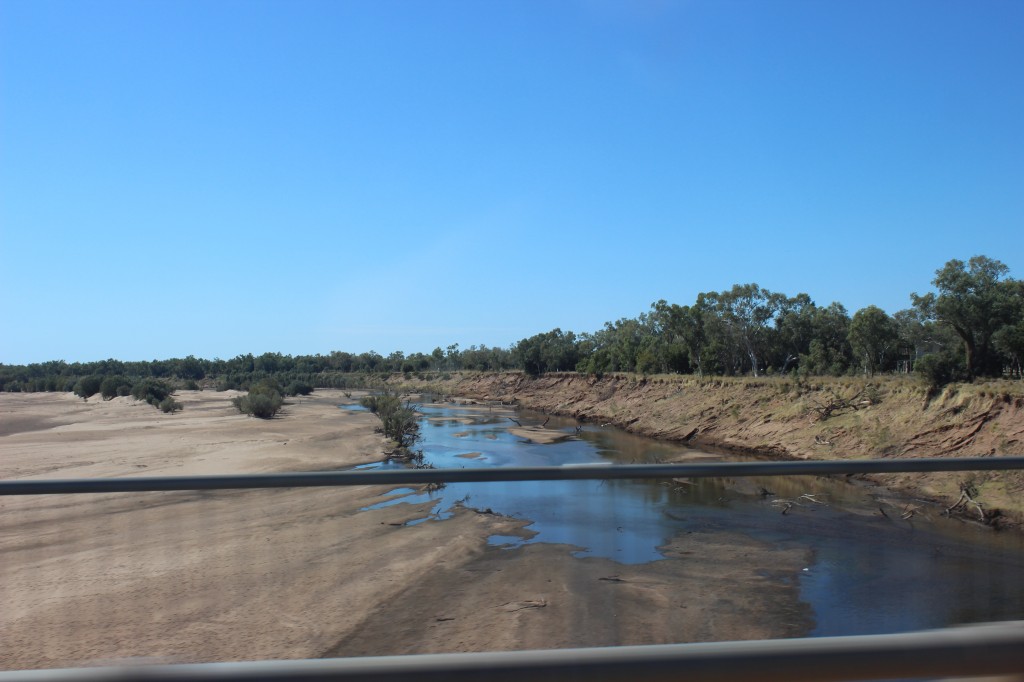 We spent a leisurely morning on a boat cruise on the Fitzroy River meandering through the 30 metre deep carved gorge through the limestone junction of the Oscar and Geikie Ranges. Geikie Gorge is the habitat of many freshwater crocodiles, the rare Leichhardt’s Sawfish and Coach Whip Stingray. A stunning place to really appreciate the beauty of the Kimberley. 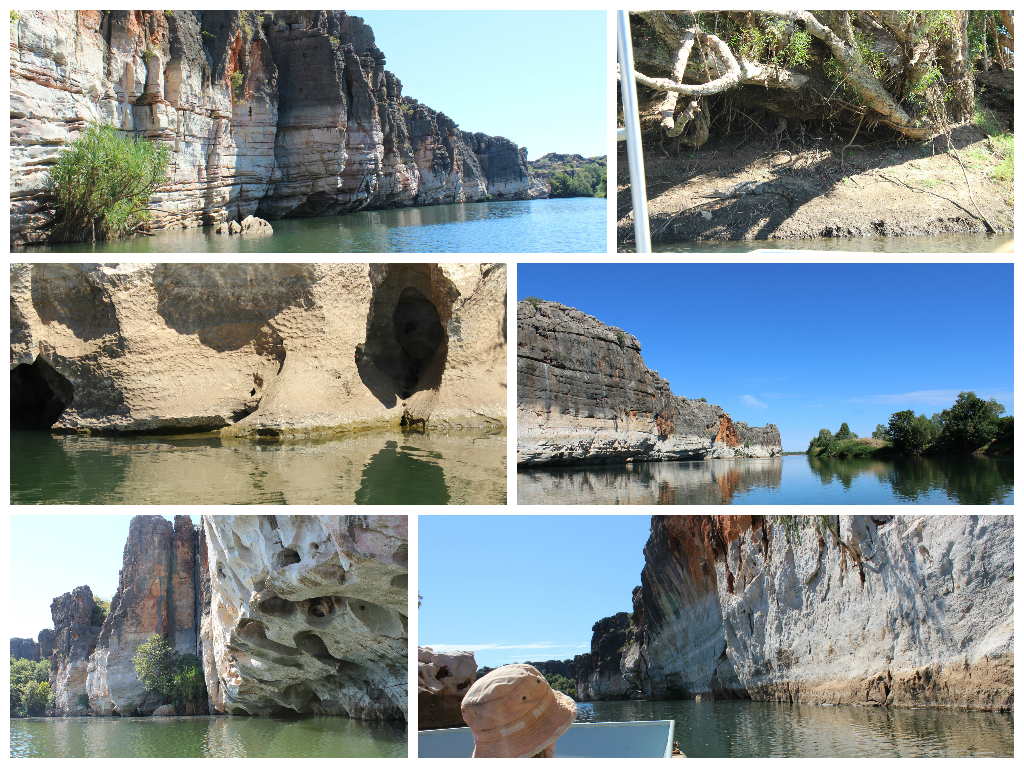 Day Four to Six – Fitzroy Crossing to the Bungle Bungles

3 Hours drive from Fitzroy Crossing is the gold rush town of Halls Creek that has an interesting history. More than 15,000 people were drawn to the old Halls Creek to try their luck at gold prospecting but after three months the gold petered out. Halls Creek then became a trading centre for cattle stations, Aboriginal communities and miners. 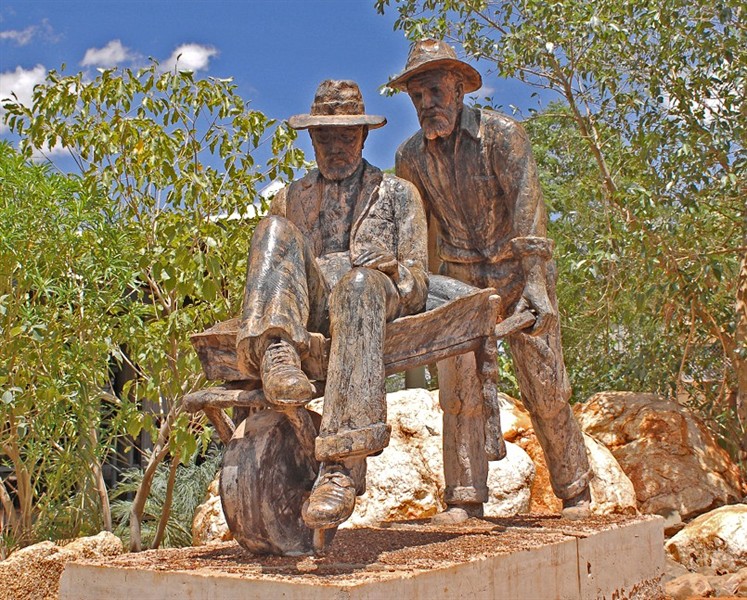 Whilst here you can view the China Wall, a sub-vertical quartz rock protruding 6 m off the ground, walk the self-guided trail of Halls Creek town walk, visit the Aboriginal Yarliyil Art Centre or drive out to Wolfe Creek Crater, the second largest meteorite crater in the world. 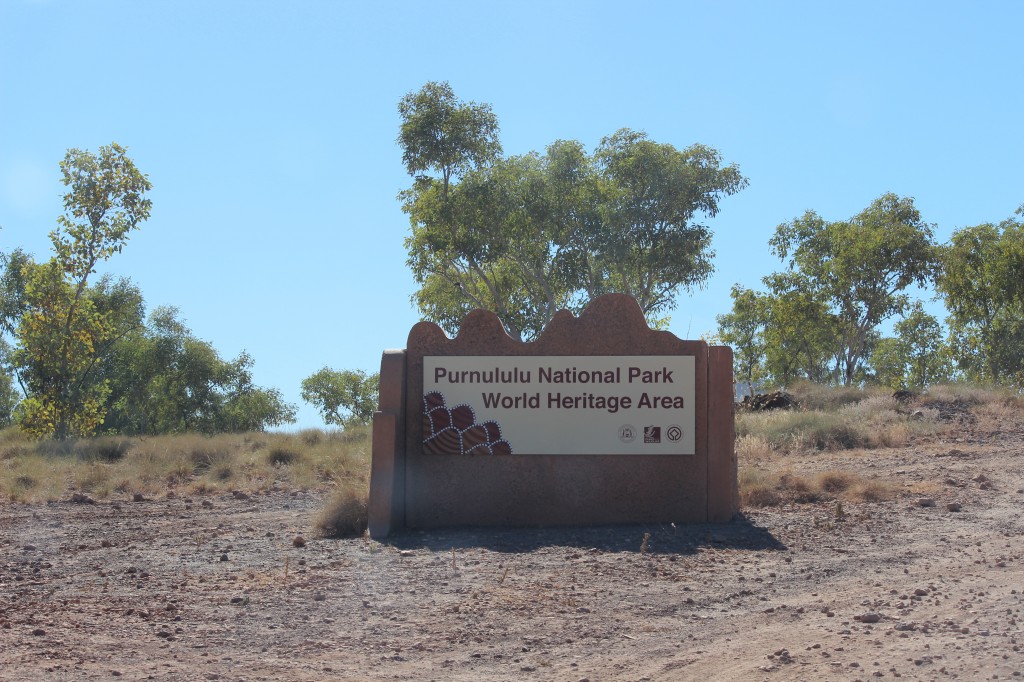 Unrivalled in their scale, grandeur and diversity of form anywhere in the world, are the Bungle Bungle Range’s extraordinary array of banded sandstone domes. Covering a whopping 45,000 hectares of the park, these dramatically sculptured natural formations are sometimes likened to black and orange striped ‘beehives’. 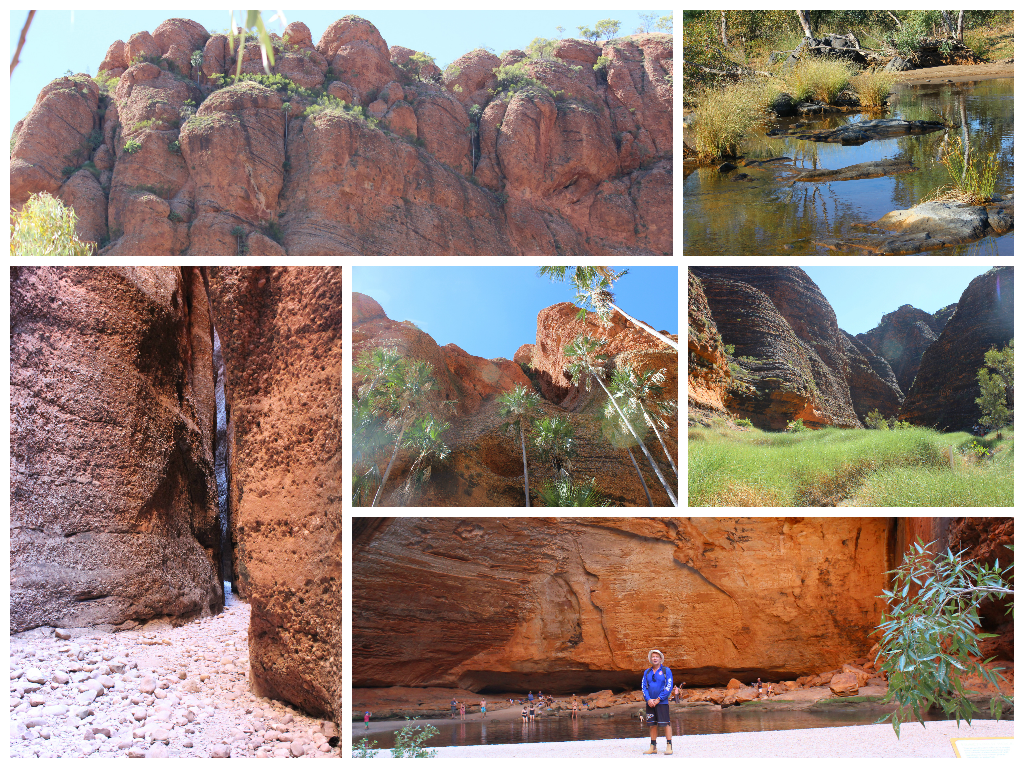 Walking tracks are the best way to explore the features of the Bungle Bungles. There are several  trails available from easy one kilometre loops walks to more challenging two to seven day hikes.

Our journey across the Fitzroy Crossing came to an end at the town of five rivers, Wyndham, after a very picturesque and scenic two hour drive through vast cattle stations and mountain ranges including the O’Donnell, Carr Boyd and Cockburn Ranges. The Gibb River Road joins the Northern Highway 48 Km short of the township, the alternate route across the East Kimberley and whose discovery will be for another day, so watch this space. 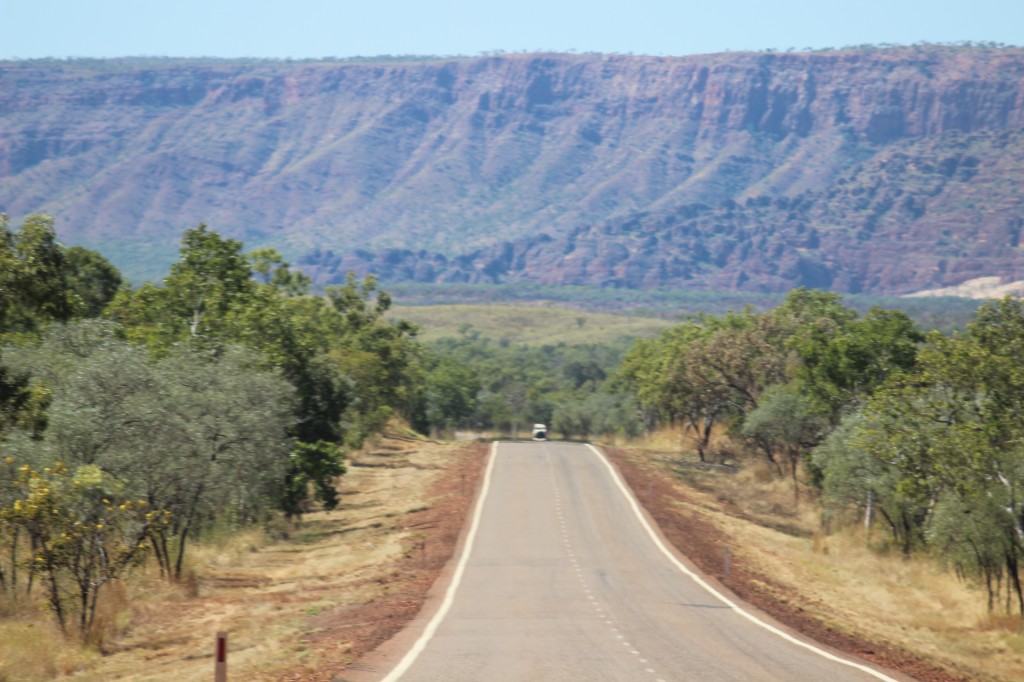 Driving into the East Kimberley

The raw beauty of the Kimberley truly astounded me. At every hill rise and at the turn of every bend there was an astonishing vista of mountain ranges that changed colour throughout the day and the most spectacular countryside. I was truly mesmerized by this wondrous wilderness.

Spread the love
Bungle BunglesDerbyFitzroy CrossingNorth Western AustraliaThe Kimberley
By 50 Shades, July 22, 2014 Kathy was a 50 something year old when she started up this blog 6 years ago, but has since turned over another decade and is now in her early 60s. She is married with two adult children and lives on the Tweed Coast of New South Wales, Australia. Kathy enjoys living life to the fullest and loves to keep fit and active by maintaining a healthy diet and exercising regularly. Some of her interests include reading, photography, travelling, cooking and blogging! Kathy works part-time as a freelance writer but her real passion is travelling and photographing brilliant destinations both within Australia and overseas and writing about it.