Ipswich: A Walk in The Park 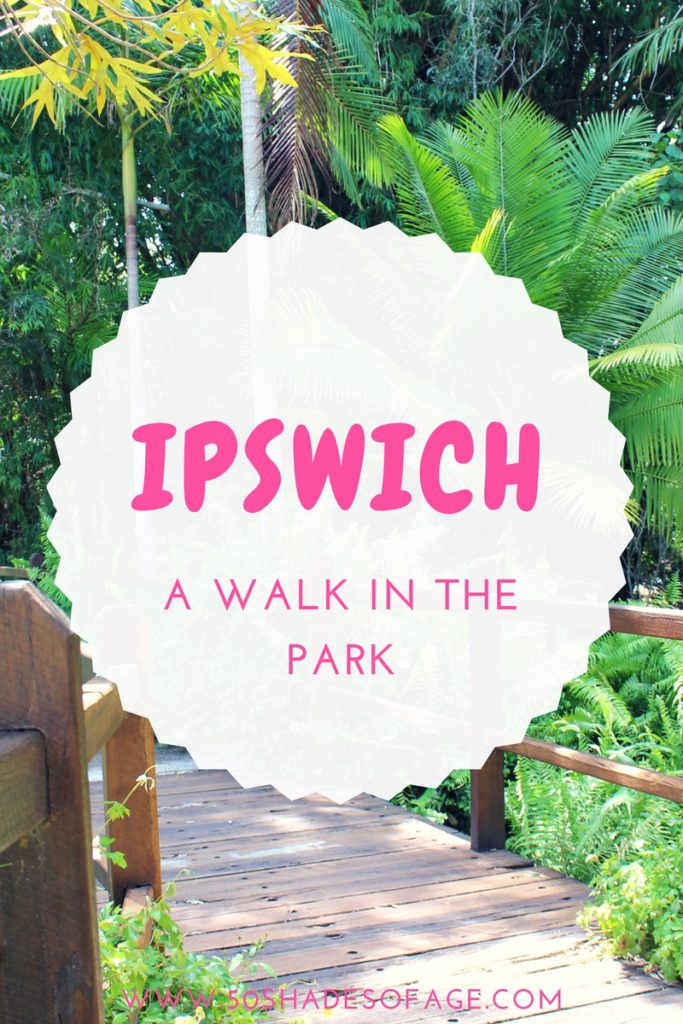 A walk in the park in Ipswich can be just that, but it can also be an amble through glorious gardens, a clamber to a scenic lookout, a trudge through dense bushland or an encounter with some Australian wildlife. Nature and an abundance of green spaces is just one of the many attributes of the oldest provincial city in South East Queensland, Ipswich.

In a city that is renowned for its many historical buildings and grand old homes, Ipswich packs a punch with in excess of 8,500 hectares of open spaces with over 550 different parks and reserves in the region. 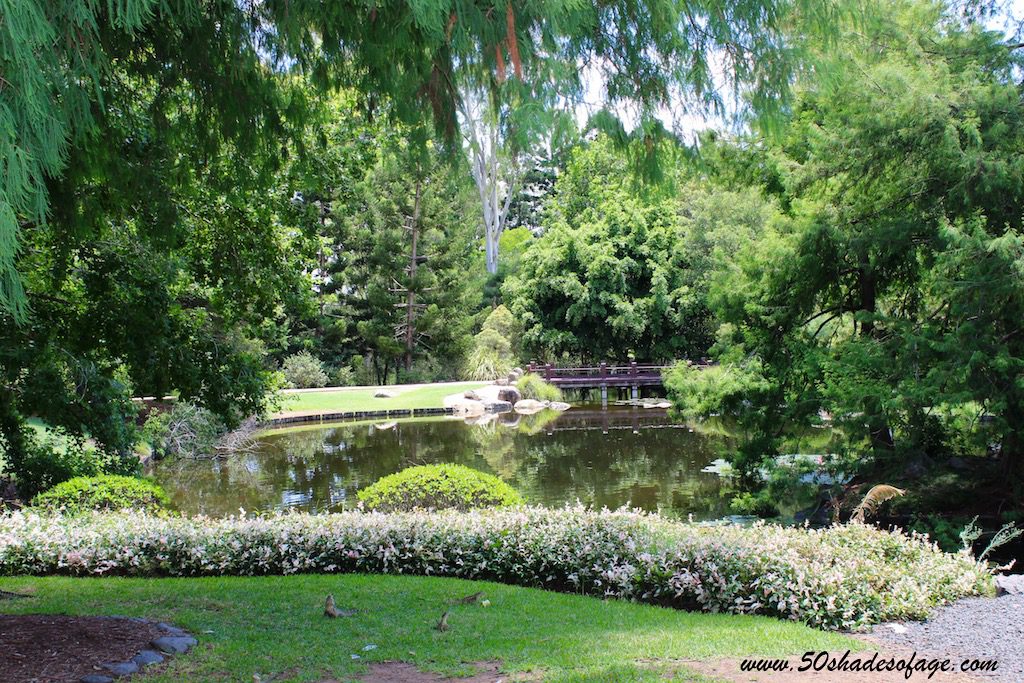 A day in Ipswich can begin with a sunrise stroll to the summit of Demark Hill Water Tower with magnificent views over Ipswich CBD and the Scenic Rim, and end with sunset drinks and snacks on the banks of the Bremer River in River Heart Parklands.

In between you can enjoy the tranquility and peaceful ambience of the Japanese themed Nerima Gardens in Queens Park, and even partake in a traditional Japanese Tea Ceremony in the Tea House on selected dates. 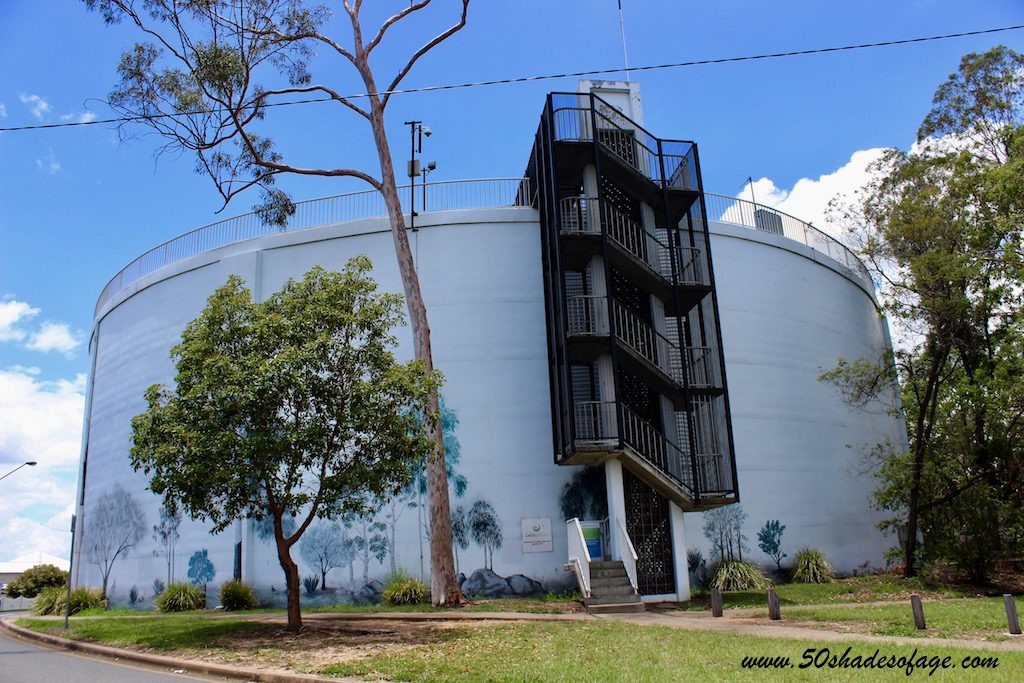 My day in Ipswich started out in the city centre with a hit of caffeine at Rafter and Rose, one of the cutest cafes, tucked away in a laneway in the Top of the Town heritage area. On foot I set off to explore this remarkable city with its rich mining heritage, grandiose old buildings and perfectly restored, charming Queenslanders.

Traipsing uphill on Brisbane Street towards the Top of The Town, I was drawn to the clock tower on the Ipswich Post Office, then passed by the Ipswich Mall, St Paul’s Church, the Old Flour Mill and a couple of endearing old pubs. 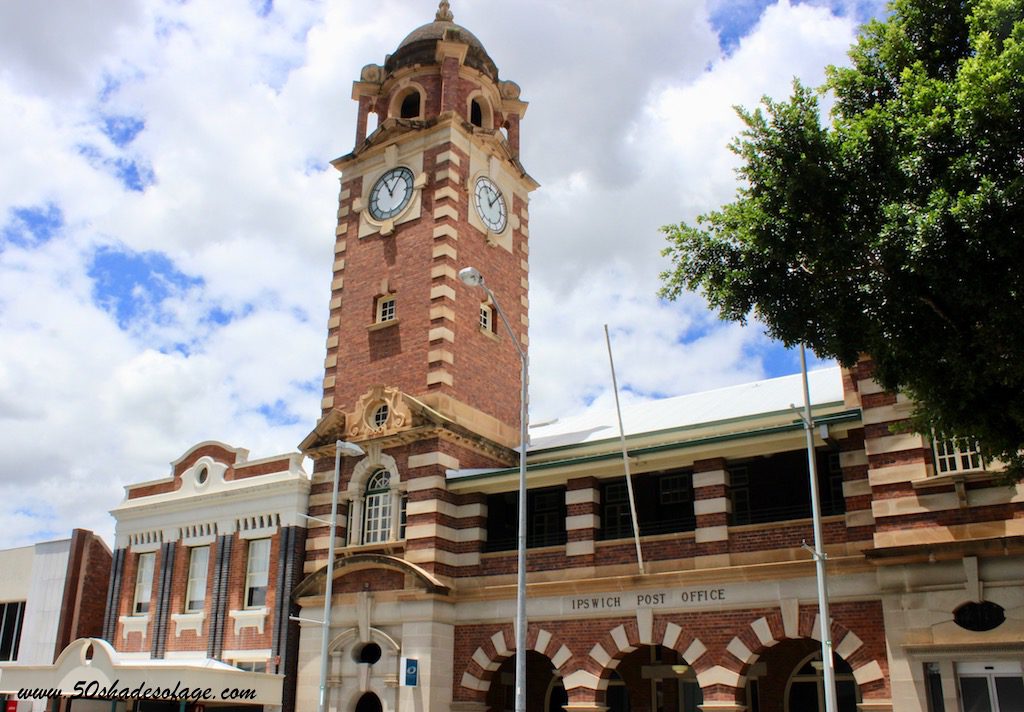 On the walk back down the hill along Limestone Street, I encountered many more beautifully restored buildings such as the Queen Victoria Silver Jubilee Memorial Technical College and Ipswich Art Gallery. Heading south on East Street I came across the Ipswich Courthouse dating back to 1859 and the impressive Ipswich Antique Centre housed in the heritage-listed Uniting Church Central Memorial Hall. 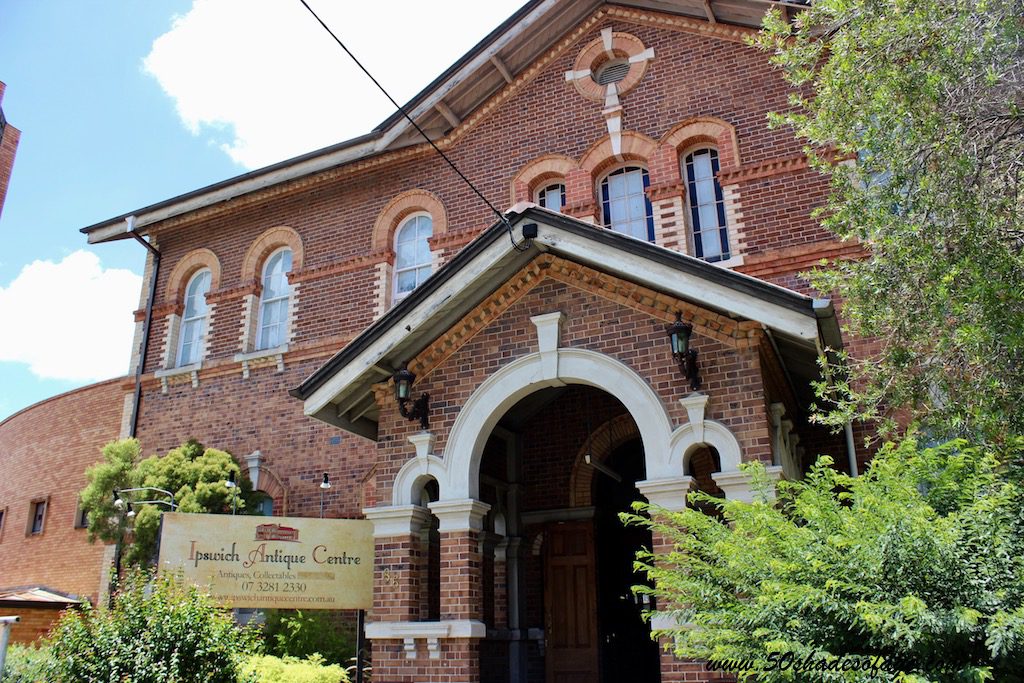 In a city that boasts so many parks, there are even pockets of small parks scattered throughout the CBD where workers and shoppers can sit to relax on their lunch breaks.

Next port of call was the Denmark Hill Conservation Reserve, a former coal mine and fossil deposit site consisting of natural bushland with walking tracks and the water tower, an ideal viewing platform for a bird’s eye view of Ipswich and the surrounding Scenic Rim region. Denmark Hill is a short distance from the CBD located on Deebing/Chelmsford Streets. 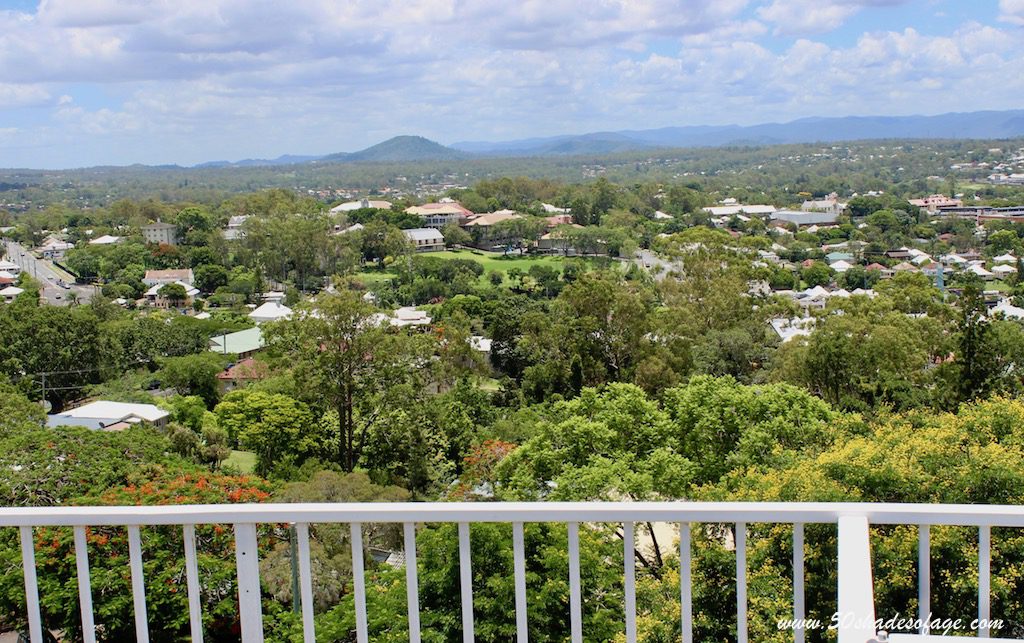 Views from Denmark Hill over Ipswich

Another treasure in Ipswich’s trove is Queens Park. Situated in close proximity to the city centre, you can easily wile away a few hours here. You can start with the Ipswich Nature Centre with structured shaded boardwalks that wind through Australian animal enclosures, water lily clad ponds and a Barn housing farm animals. 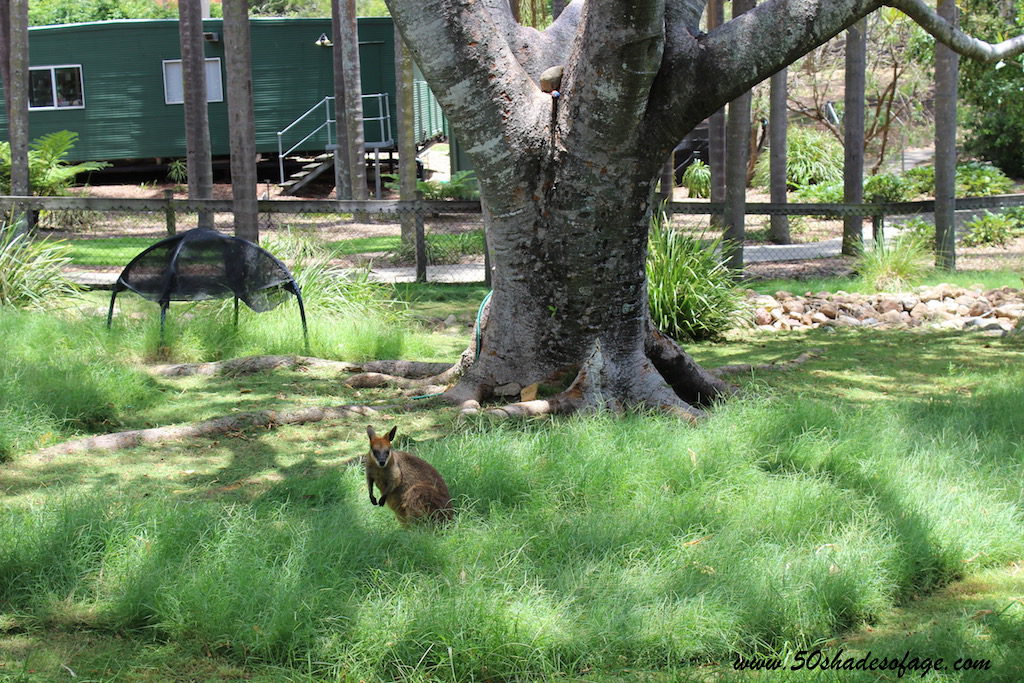 A Wallaby at Ipswich Nature Centre

Then there is the serene Japanese themed Nerima Gardens that are exquisitely landscaped with Japanese plantings, small waterfalls and streams trickling into a large pond and a replica Japanese Teahouse. 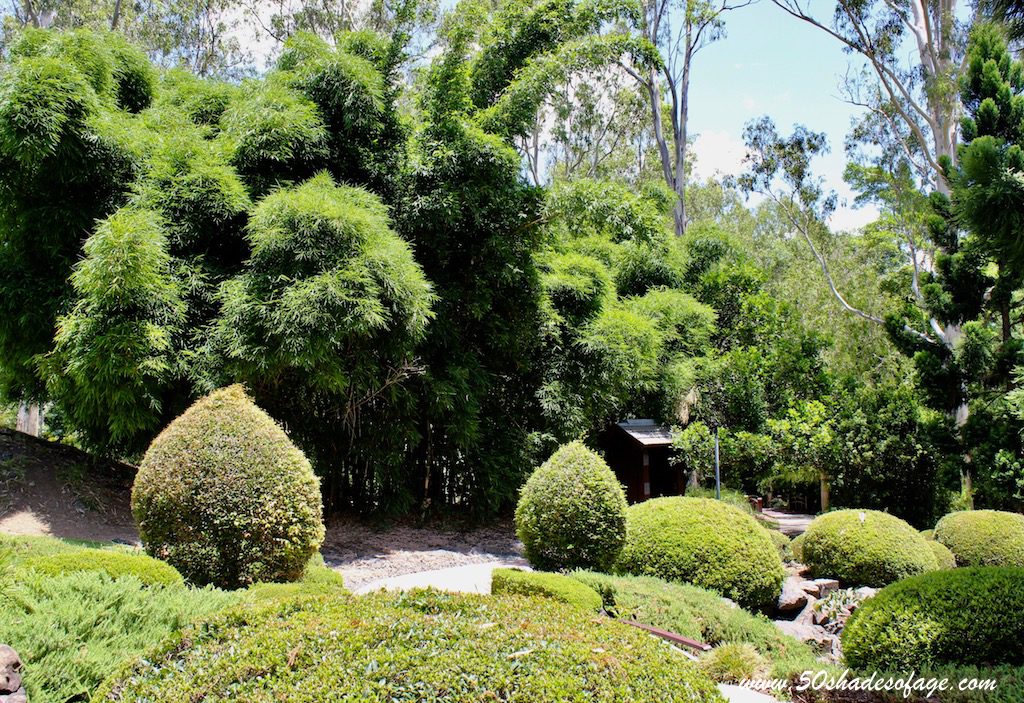 Such peacefulness and tranquillity made me extremely hungry, so I headed for the elevated Queens Park Café that afforded gorgeous views out over the parklands and the Ipswich Croquet Club. Over a lunch of a delicious BLT and fresh lemonade, I fantasised about the Ipswich of yesteryear and women attired from neck to knee, playing croquet on those perfectly manicured lawns. 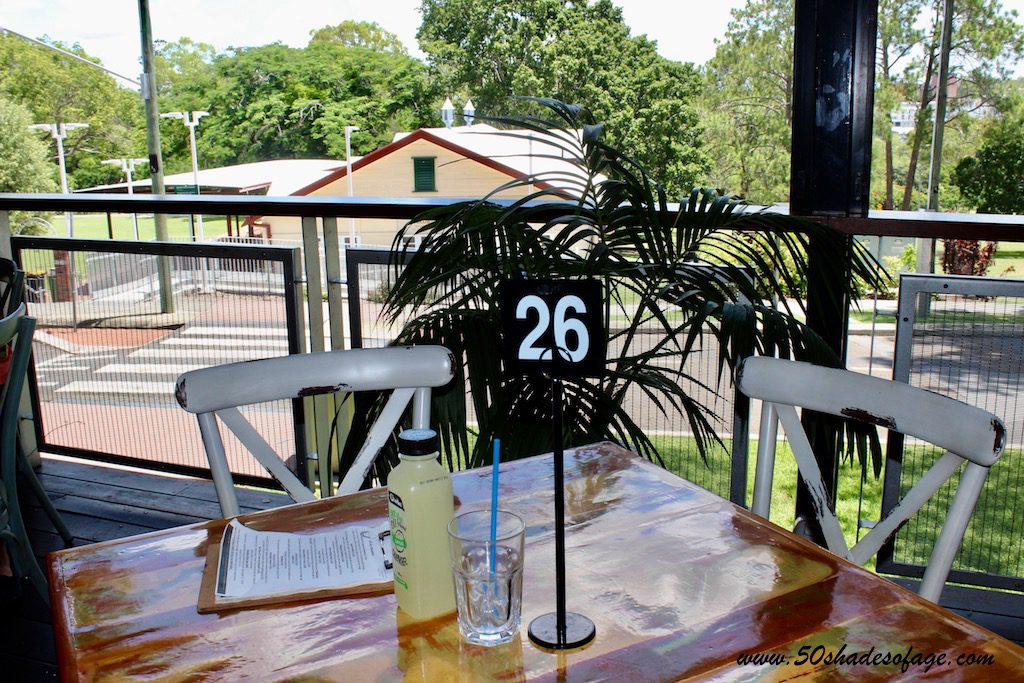 A short seven kilometre drive out of the city is the glorious Kholo Botanic Gardens, north of Ipswich at Muirlea. With its picturesque location on the banks of the Brisbane River, the gardens are an important aboriginal site. 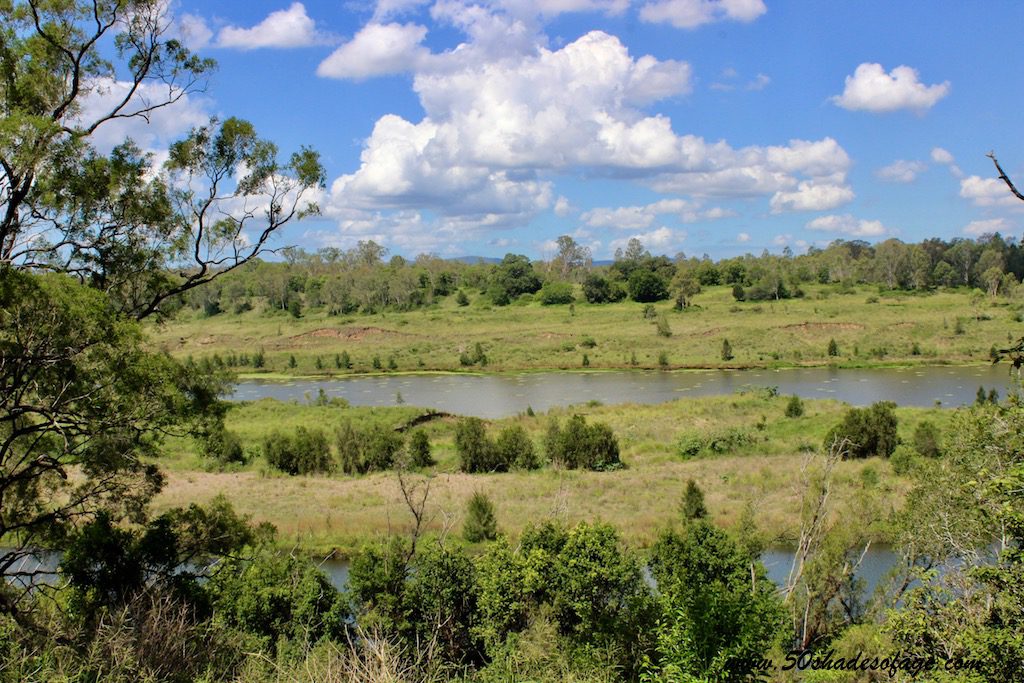 Looking out onto the Brisbane River from Kholo Gardens

As I was admiring a particularly large Moreton Bay Fig tree next to the chapel, the gardener pointed out that the tree was a significant place for aboriginal women to give birth under the shelter and protection of the tree. 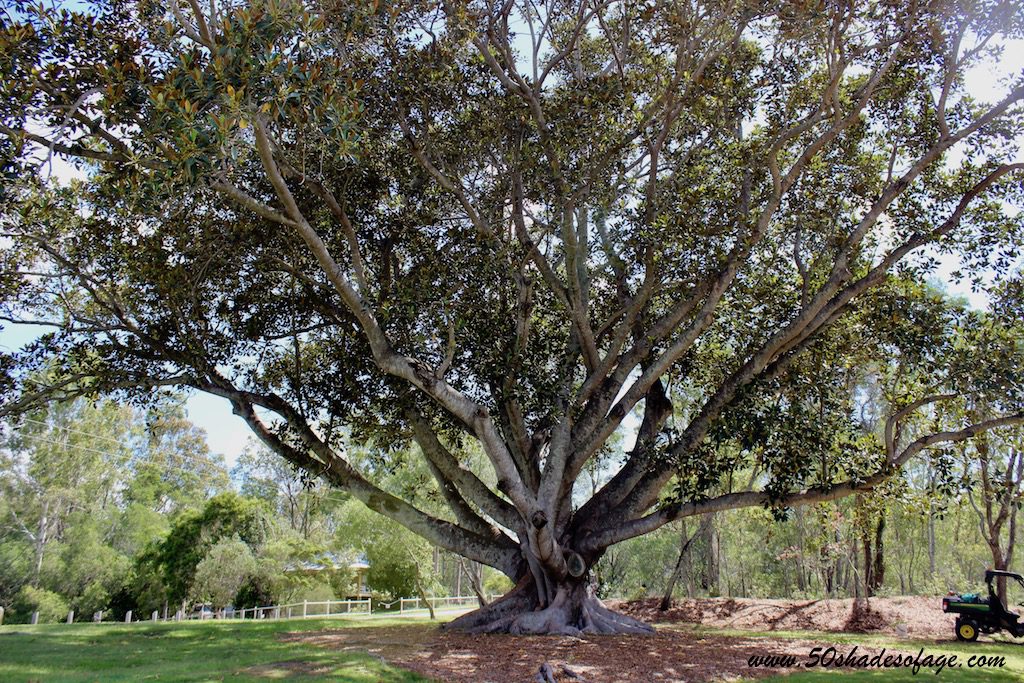 The gardens cover an extensive area with open green spaces, a lily pond, a tree fern alley walk, massive plantings of Bamboo and a more challenging 800 metre Coal Creek walk. Plus there are places to picnic with shelters and picnic tables. 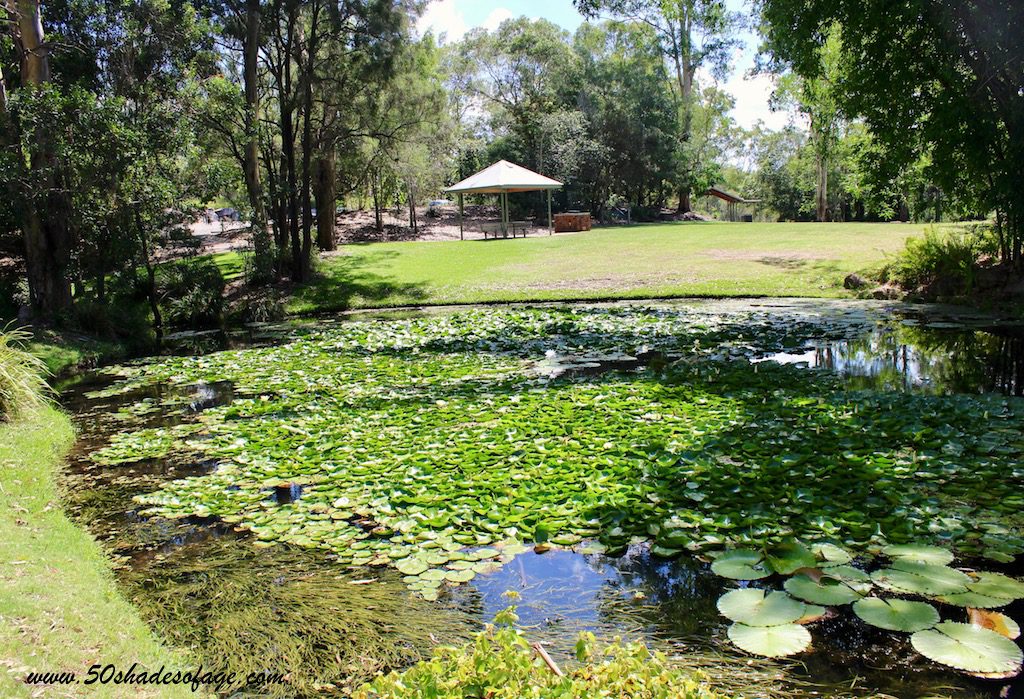 The quaint little chapel with pretty gardens and hedging is a favourite spot for weddings, as is the charming Queenslander style function centre opposite.

I returned to the city to seek out River Heart Parklands adjoining the Bremer River that runs through the heart of Ipswich. I could not have chosen a more scenic spot to end my day as the sun was starting to dip in the sky and the river took on a golden afternoon glow. 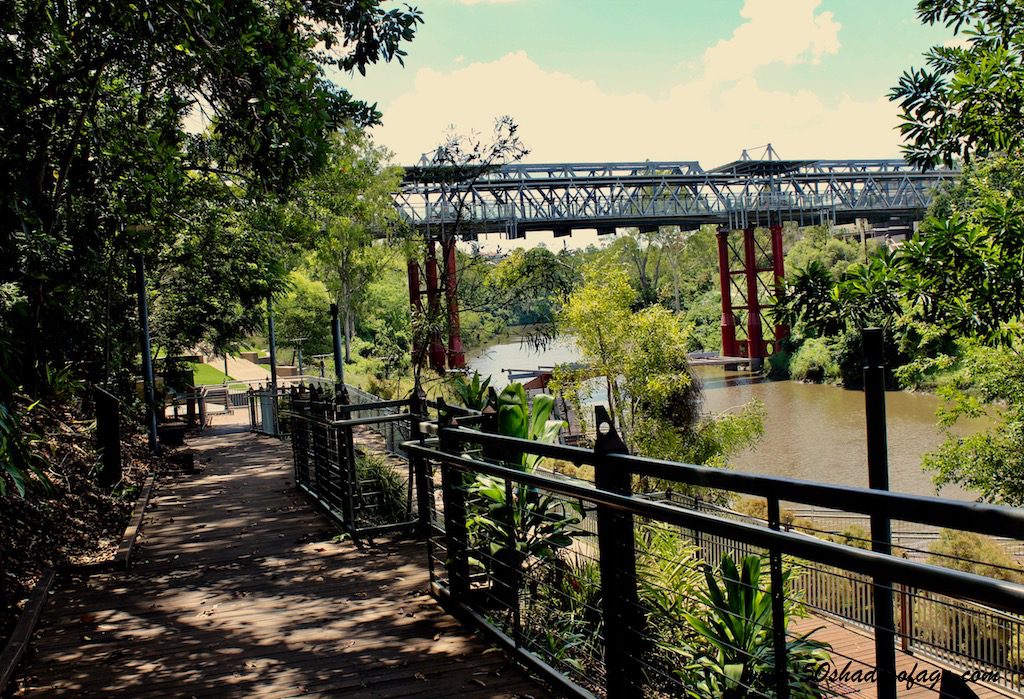 River Heart Parklands on the banks of the Bremer River

A late afternoon stroll along the forested banks of the river along purpose built boardwalks, dotted with viewing platforms out into the river, a cascading water feature and educational plaques revealing Ipswich’s fascinating history, was an absolute delight. Already people were set up on picnic tables with BBQs firing for an early evening feast before the commencement of the laser projections on the river after dark of the mystical creatures, Ippy, Limey and Stoney. 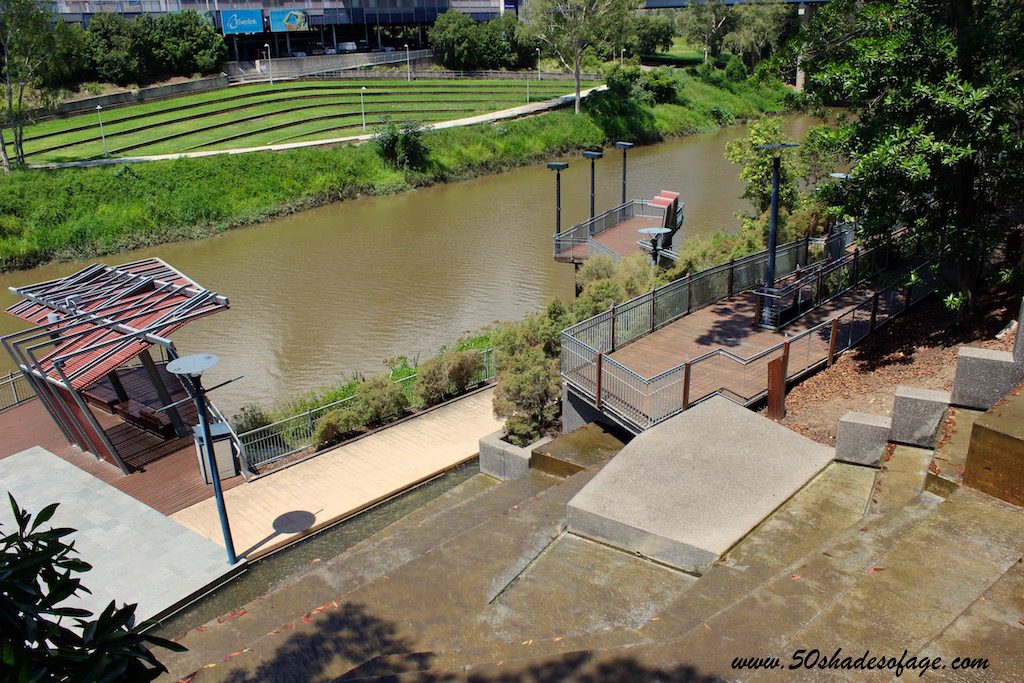 On your way back to the car park don’t forget to take a quick photo of the majestic St Mary’s Cathedral situated opposite. 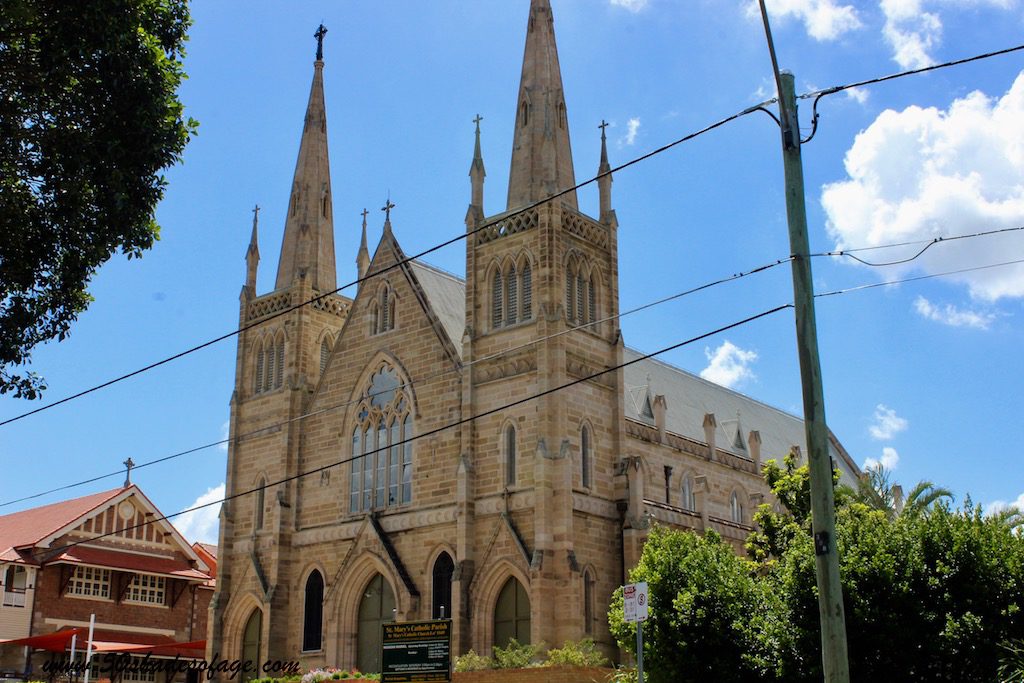 A walk in the park in Ipswich was just that – simple and easy to get around, with most attractions within a comfortable walking distance to the city centre. And this was just a teaser for all the other great attractions in Ipswich and surrounding area.

Spread the love
Discover IpswichIpswichIpswich ParksKholo GardensQueens Park IpswichRiver Heart Parklands
By 50 Shades, January 24, 2017 Kathy was a 50 something year old when she started up this blog 6 years ago, but has since turned over another decade and is now in her early 60s. She is married with two adult children and lives on the Tweed Coast of New South Wales, Australia. Kathy enjoys living life to the fullest and loves to keep fit and active by maintaining a healthy diet and exercising regularly. Some of her interests include reading, photography, travelling, cooking and blogging! Kathy works part-time as a freelance writer but her real passion is travelling and photographing brilliant destinations both within Australia and overseas and writing about it.