In My Backyard: Boating on The Broadwater 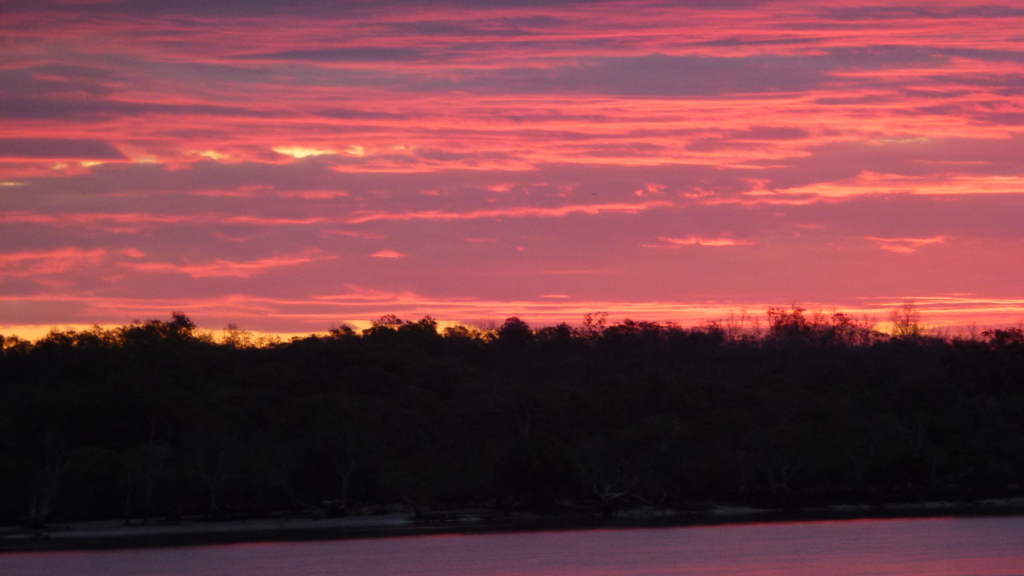 Sunsetting over The Broadwater

If you are lucky enough to own a boat on the Gold Coast there are many places that you can cruise to for a weekend break in The Broadwater at Southport. Or alternatively you can hire a houseboat with one of the many houseboat hire companies, such as Coomera Houseboats and venture out into The Broadwater. 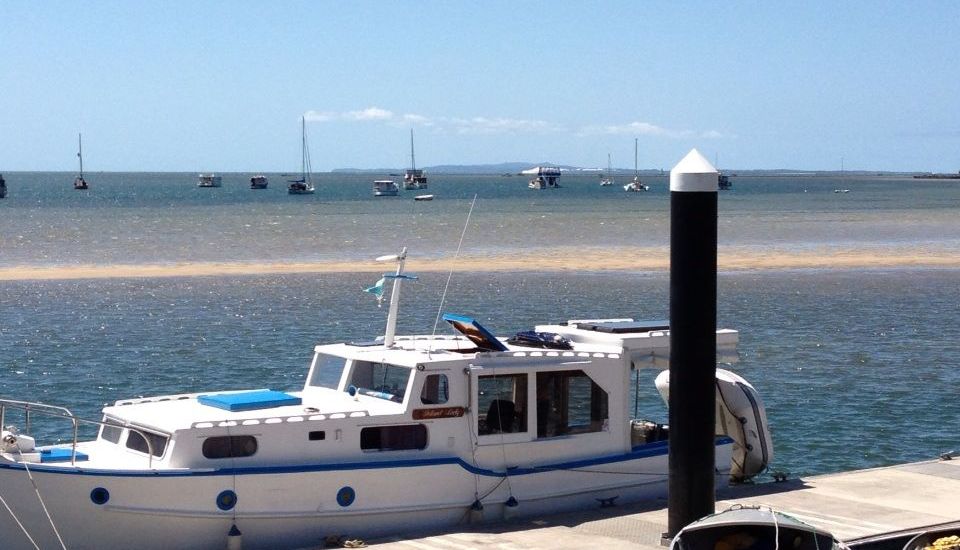 Boat Mooring on The Broadwater

The Gold Coast Broadwater stretches north from Southport to Paradise Point. The Broadwater is protected by The Spit (to the South) and South Stradbroke Island (to the North) and offers safe access to the Pacific Ocean through the Gold Coast Seaway (at the end of The Spit). 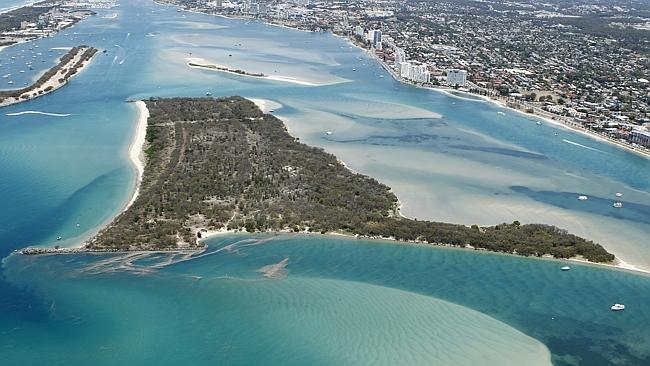 Aerial View of The Broadwater

Once you cruise out into The Broadwater, you can island hop to destinations such as Wavebreak Island, South Stradbroke Island, North Stradbroke Island and the islands of Moreton Bay such as Russell, Macleay, Lamb, Karragarra and Coochiemudlo Islands. 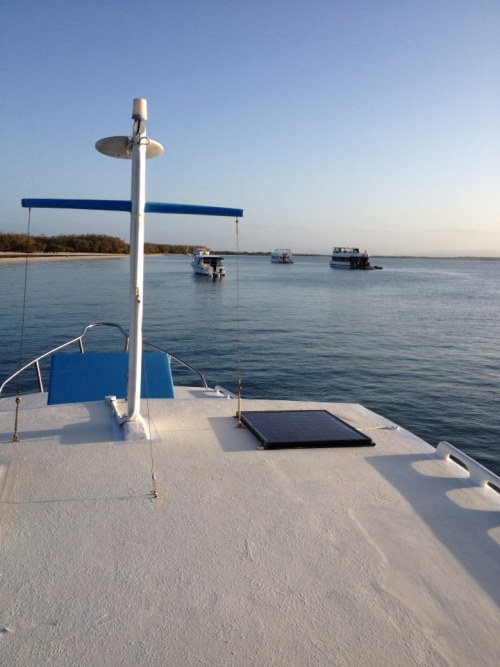 Stunning views of The Broadwater from the Boat

South Stradbroke Island features nice sandy beaches and walking tracks. It is a great spot to see some wildlife including birdlife, or for a stroll along the beach. Tipplers, which is a popular stopping point in The Broadwater, has gas BBQs, a children’s play area, and Tipplers Kiosk that has basic groceries and camping supplies including ice and firewood. 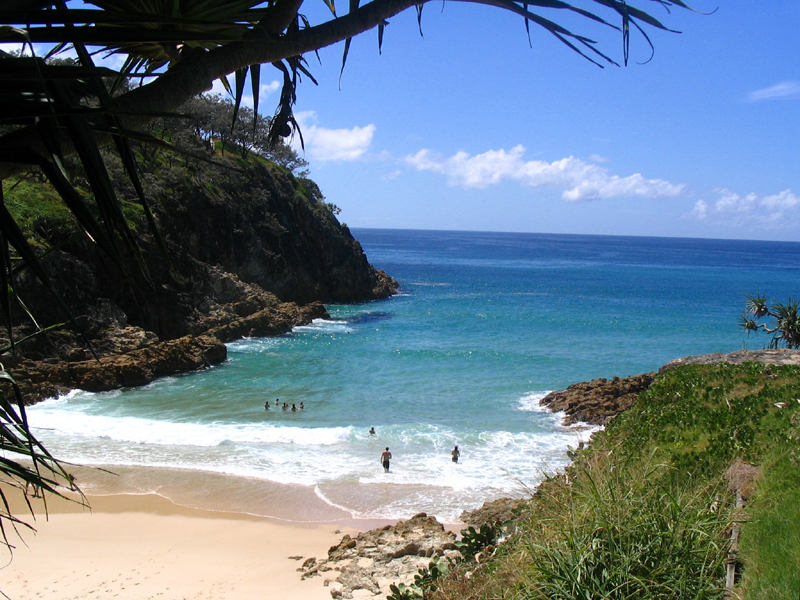 Head to the top of South Stradbroke near Jumpinpin Bar. This area is known as Millionaire’s Row as every weekend very expensive craft can be found anchored here. This area is great for fishing, crabbing, swimming and beach walks and has easy access to the wide deserted ocean beach and sand dunes. 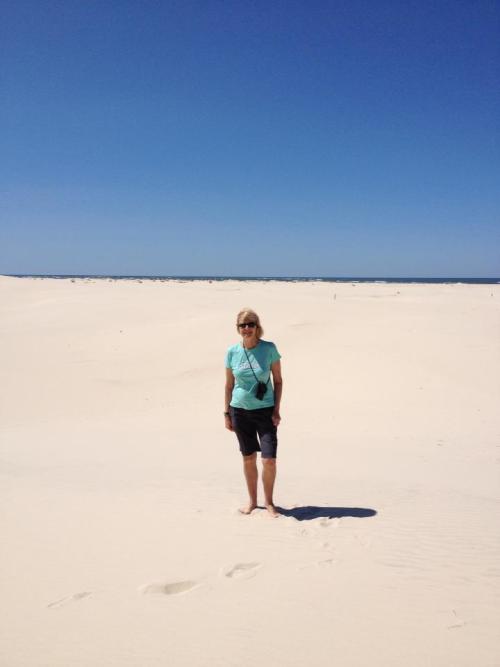 An interesting fact about Jumpinpin is that it was formed by the shipwreck of the Cambus Wallace with its dynamite cargo that was piled up and deliberately detonated on the beach between North and Stradbroke Islands. 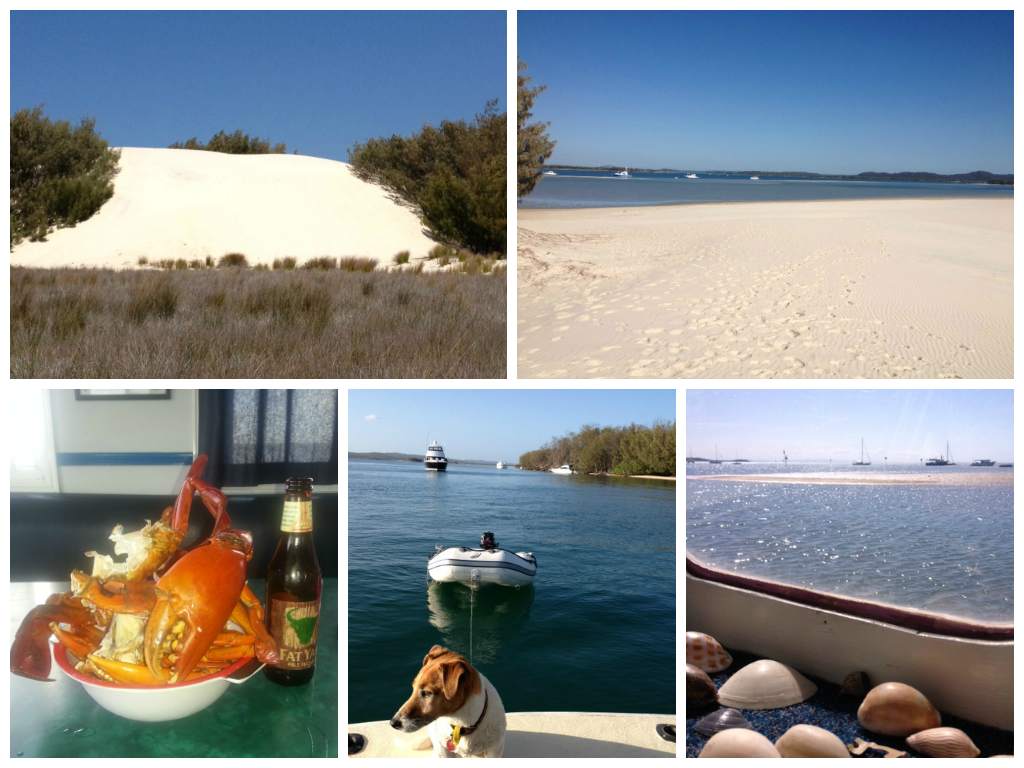 Boating around The Broadwater

If you are looking for some good fishing and crabbing, it is recommended heading up to Tiger Mullet Channel. Here you can spend a bit of time trying to hook up a Flathead, Bream, Whiting, Tailor or a Jew Fish. 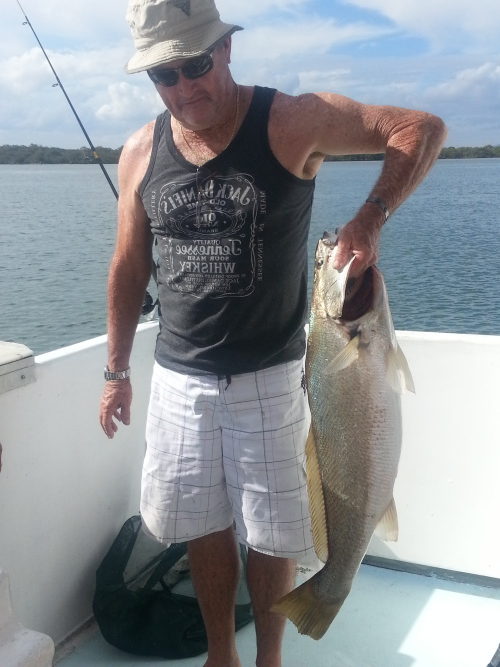 Catch of the Day

In Moreton Bay near Brisbane, there are heaps of islands to explore such as Russell, Macleay, Coochiemudlo and Peel Island. Peel Island has a lovely beach in Horseshoe Bay and is historically interesting as it was once a leper colony.  Coochiemudlo has nice beaches too and is popular with day trippers from Brisbane. 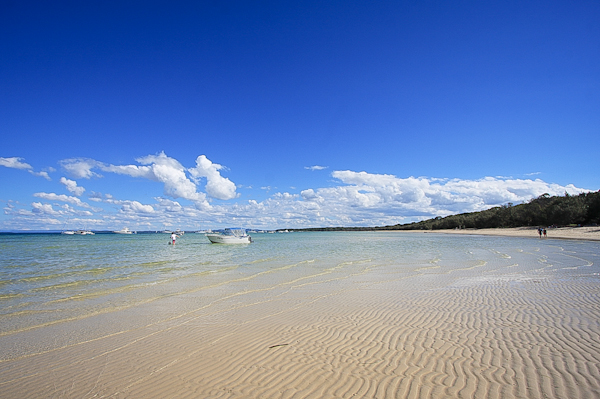 On North Stradbroke Island you can moor your boat at the historically significant town of Dunwich. It has an interesting museum and historical cemetery. It was once a leper colony and a quarantine station with a huge asylum until the year of 1946.

Slipping Sands on North Stradbroke Island is also a good spot to anchor up for a night. 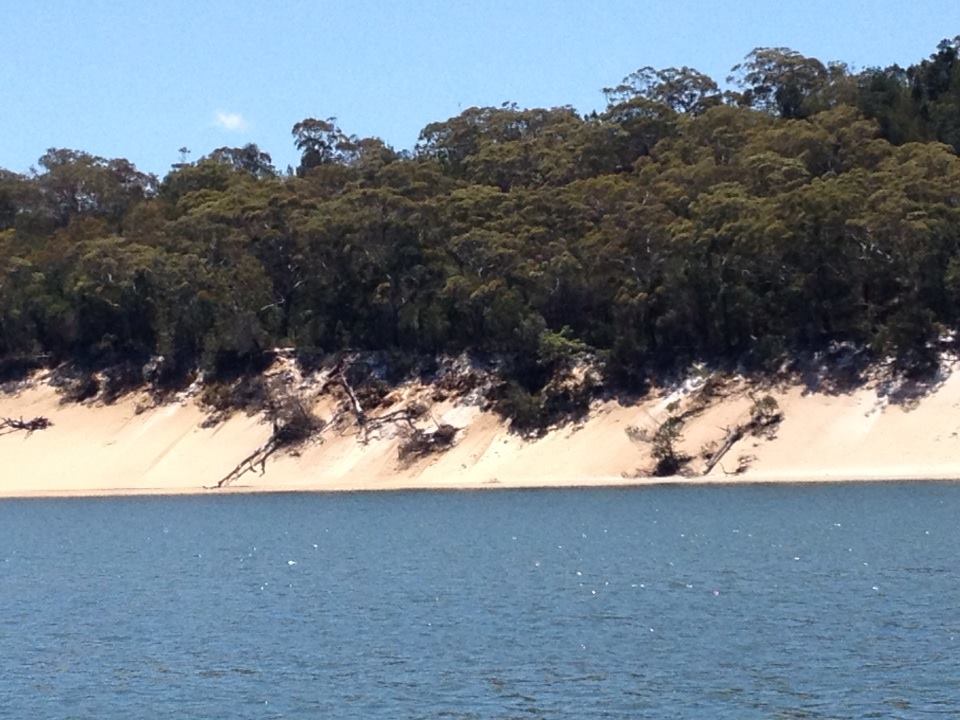 You can also venture down the Coomera River for calmer waters and cruise along this picturesque river past Hope Island to Sanctuary Cove looking at the multi-million dollar waterfront mansions, spotting birdlife, kangaroos and water life. 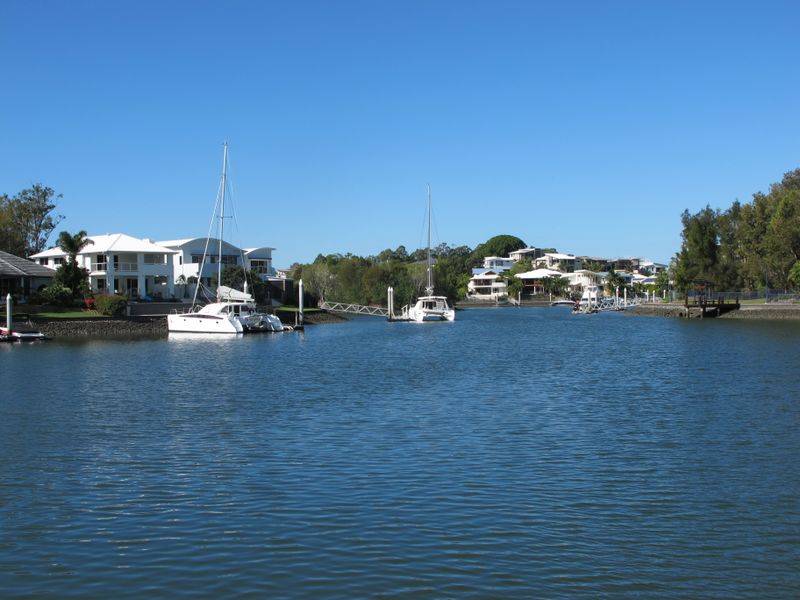 Jacobs Well, situated at the mouth of the Pimpama River is another popular place to stop and stock up on supplies at the general store.

Now the lowdown on the houseboats for hire is that they can sleep up to four couples and they have 1 x bathroom, 2 x toilets, living/dining area/kitchen downstairs, upstairs BBQ and sundeck. This can work as cheap as $400 per couple for four nights midweek for a relaxing laid back holiday on the water cruising the speca]tacular waters of The Broadwater. 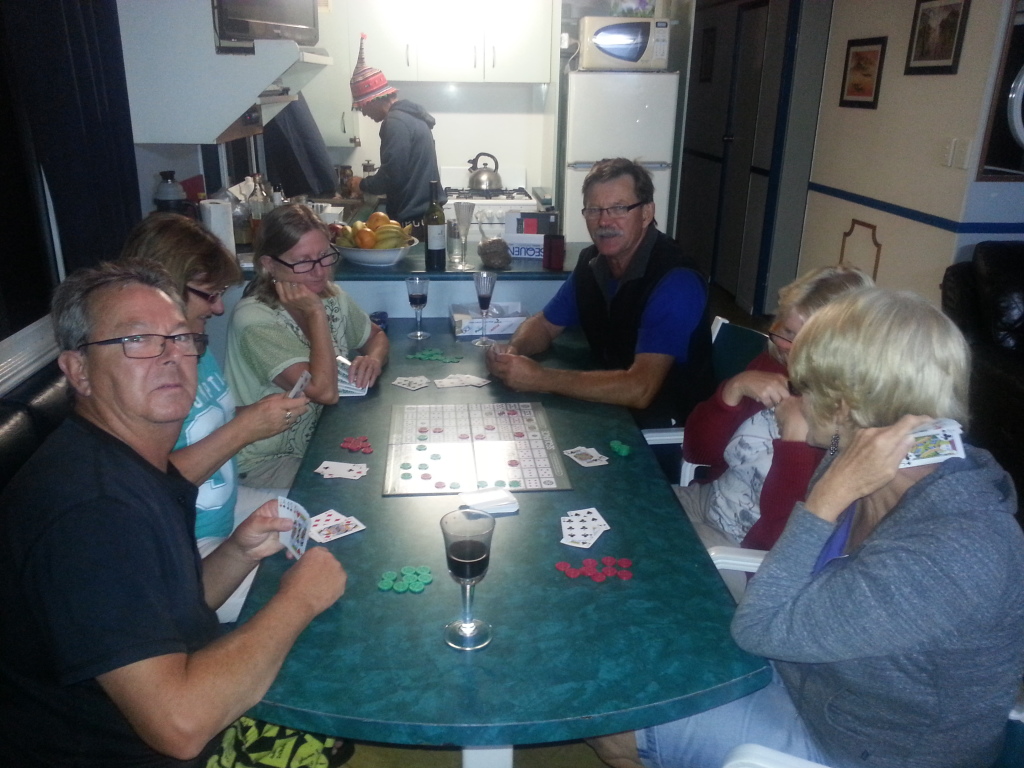 Interior of a Houseboat

I can’t think of a better way to really ‘chillax’ for a few days. Have you ever been on a boating holiday?

My thanks goes to my friends Jacki and Steve for their information and photos on boating on The Broadwater.

Spread the love
Gold Coast BoatingNorth Stradbroke IslandSouth Stradbroke IslandSouthport BroadwaterThe Broadwater
By 50 Shades, November 17, 2014 Kathy was a 50 something year old when she started up this blog 6 years ago, but has since turned over another decade and is now in her early 60s. She is married with two adult children and lives on the Tweed Coast of New South Wales, Australia. Kathy enjoys living life to the fullest and loves to keep fit and active by maintaining a healthy diet and exercising regularly. Some of her interests include reading, photography, travelling, cooking and blogging! Kathy works part-time as a freelance writer but her real passion is travelling and photographing brilliant destinations both within Australia and overseas and writing about it.